The gasps from me and my colleagues as we walked around the billowing curtain that hid the 2020 Audi RS7 from prying eyes are clearly audible. Squatting in front of us in a devilishly delicious semi-matte red hue over a set of simply enormous milled-alloy deep-dish rims, the new RS7 hits you right in that very special car funny bone right off the bat.

It. Is. Just… gorgeous. To my jaded eyes, it’s comfortably the best looking car Audi has done in the last decade – and maybe just ever. 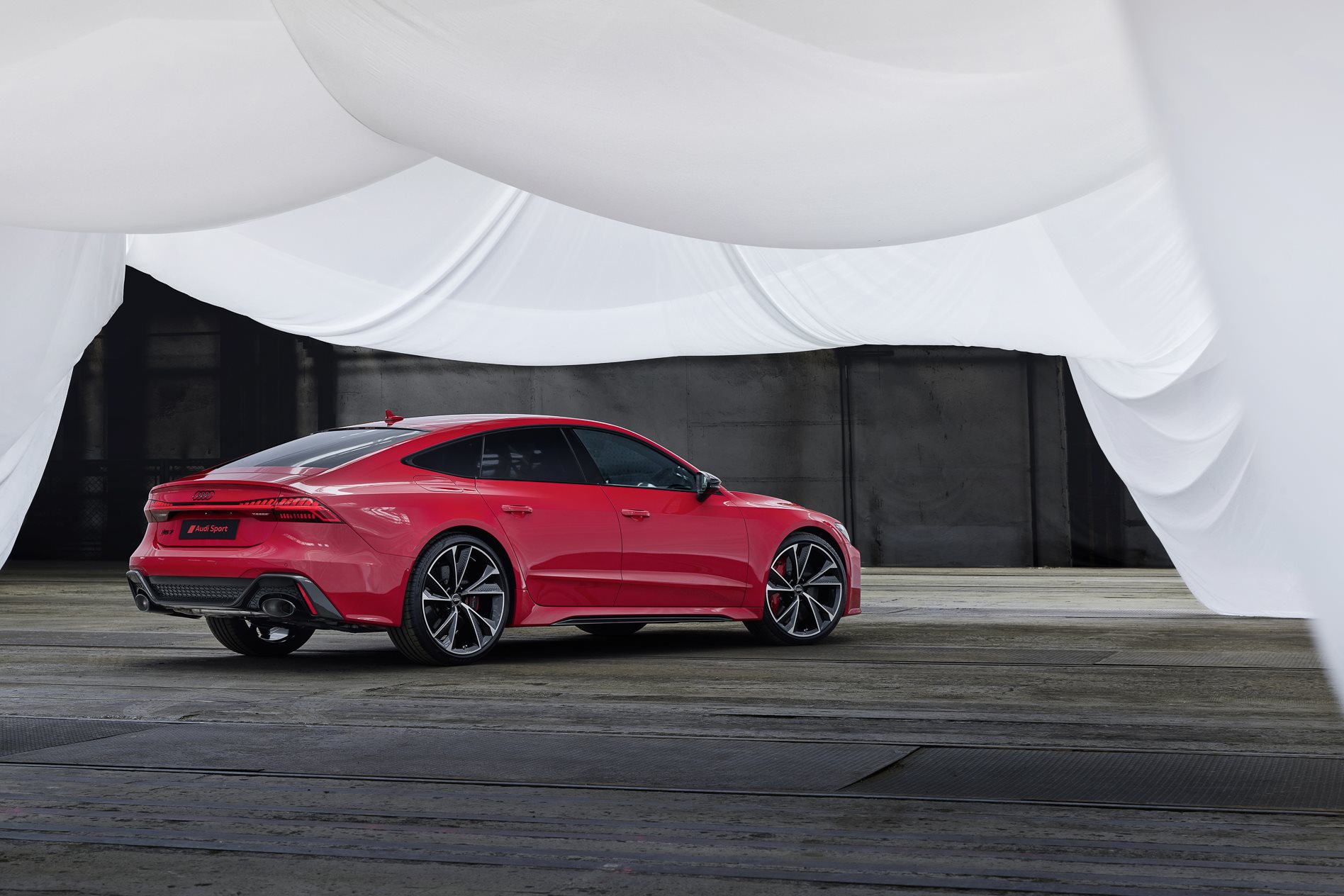 The tech team from Audi Sport are talking about minimising bumper surfaces and darker highlights, but I cannot tear my eyes away. Is it the broad yet smooth-shouldered guards? Those milled 22-inch rims? The slammed stance and long roofline? Dunno, but there is SO much want.

Between the sportback RS7 and the RS6 wagon - both of which will be on the Audi stand at the Frankfurt Motor Show - Audi Sport reckons you’ve got the best of both worlds.

“We want to give the customer the Gran Turismo design of the sportback version, without losing functionality. When we want to address the sportback to a sedan customer, they need full functionality,” said Michael Binder, the product manager for the RS6/RS7 program.

It’s the second generation RS7, and it’s due down under half-way through 2020 or so. The first-gen RS7 was only ever offered as a four-seater, but this one can be had with either two or three seats across the rear.

It’s 20mm per side wider per side than the standard A7, but its haunches are nowhere as squared off as the guards on the RS6, giving it a distinct point of difference. 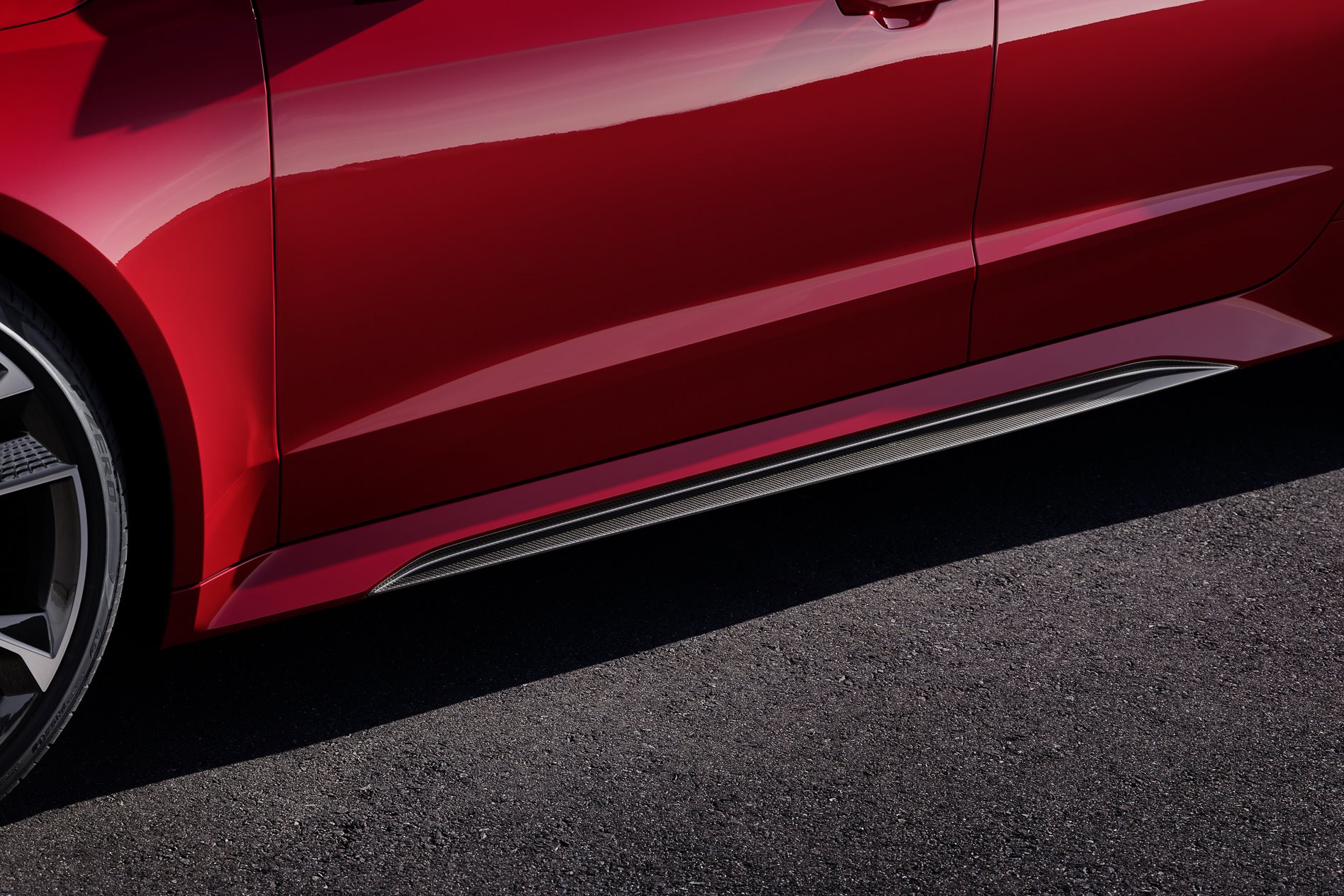 It shares its mechanicals with its blood relative, the RS6 Avant, so that means a 4.0-litre V8 engine, with two turbochargers nestled between its cylinder banks, powers the RS7.

The turbos have been revised with bigger impellers and juiced by 0.2BAR more to push the RS7’s outputs to 446kW and 800Nm, while Audi’s mildest-of-mild hybrid systems has been installed.

Sadly, the system doesn’t add fill-in boost; rather, it simply gathers a little energy from a new belt-drive starter generator and fires the big motor back up from a brief sailing mode stint.

It’s only a couple of kilowatts up on the outgoing model but offers a full 50Nm more torque, which shoves the sportback to 100km/h in 3.6 seconds, and to 200km/h in 12 seconds.

Option up the Dynamics package and top speed can be bumped from 250km/h to 305km/h. 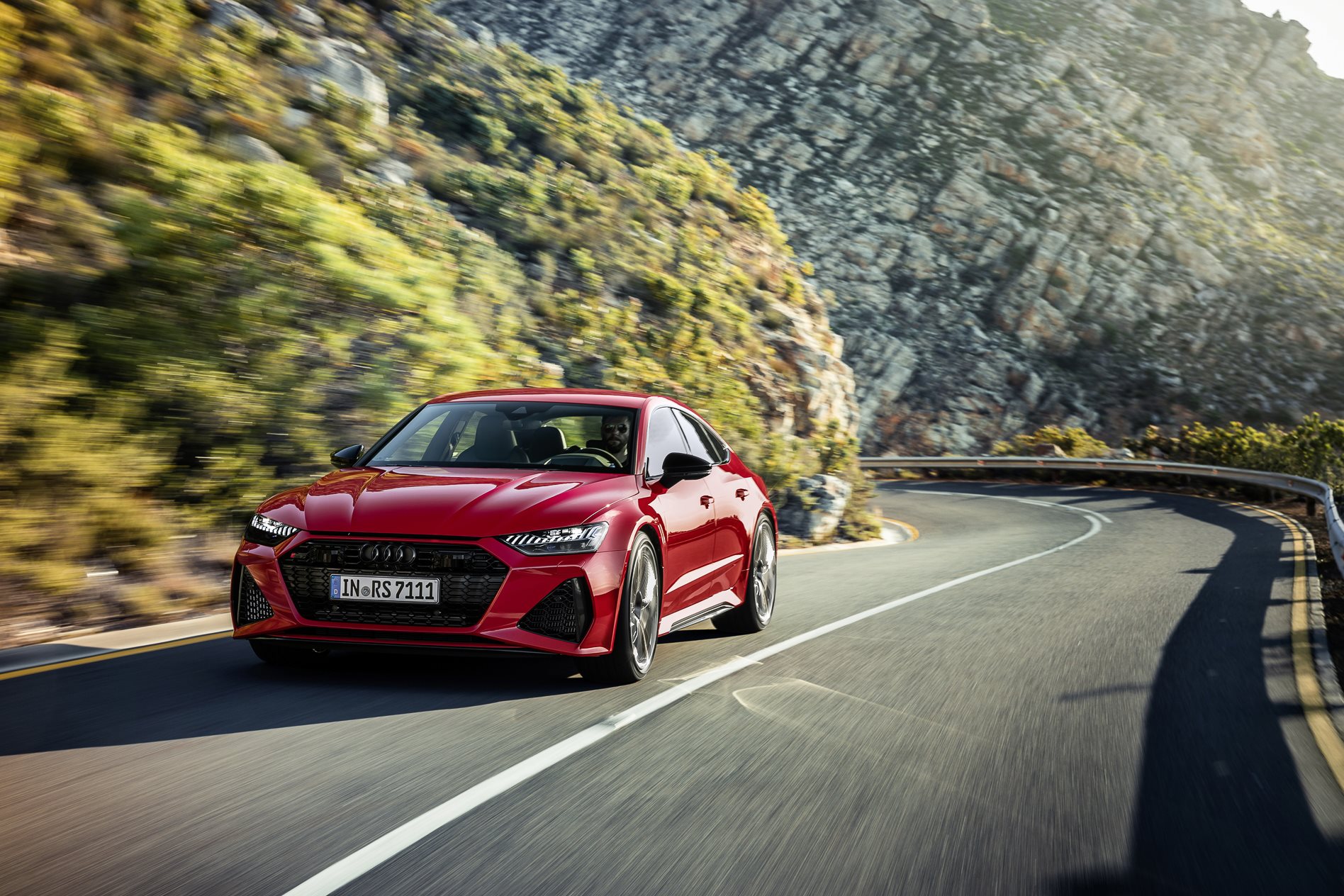 The whole shooting match is backed by a torque-converting eight-speed auto married to an RS-specific AWD system that can send up to 85 percent of the goodness to the rear end if needed.

Dynamically, the RS7 uses a revised 50 per cent stiffer air-sprung suspension set-up, sitting 20mm lower than a standard A7 sportback. Whack it in Dynamic mode and it’ll drop a further 10mm.

The shocks, too, are connected diagonally across the car to help it sit flatter at higher speeds, while steel-sprung suspension is an option.

The rear rotors are carbon, as well. Standard 420mm steel items are also on offer.

A new rear-steering system will tweak the rear wheels up to five degrees at lower speeds in a counter-steer to help low-speed manoeuvring, and two degrees in the same direction as the fronts at speed to help stability. 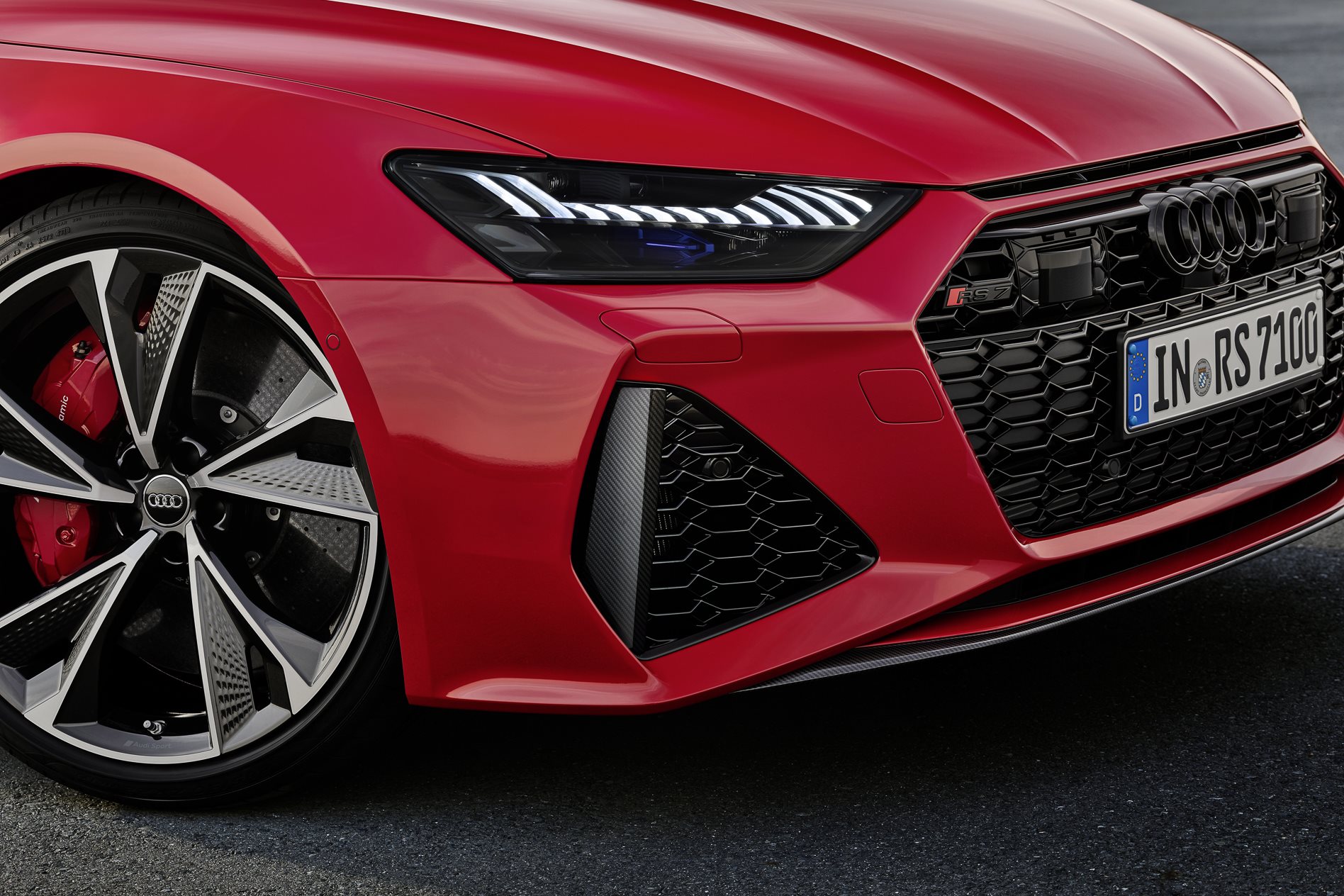 Inside, the RS7 is equally as incredible. High-spec cars will come with super high-quality Valcona leather and figure-hugging RS sports seats, while the digital dashboard and new touchscreen multimedia system both offer a bespoke RS mode that shows all manner of parameters.

The flat bottomed steering wheel is new, and so are - hallelujah! – the new, beautifully sculpted alloy shifter paddles that replace the underwhelming items on the previous car.

As well, Audi has added RS buttons to the steering wheel that allows the owner to choose between mild and wild as they see fit. 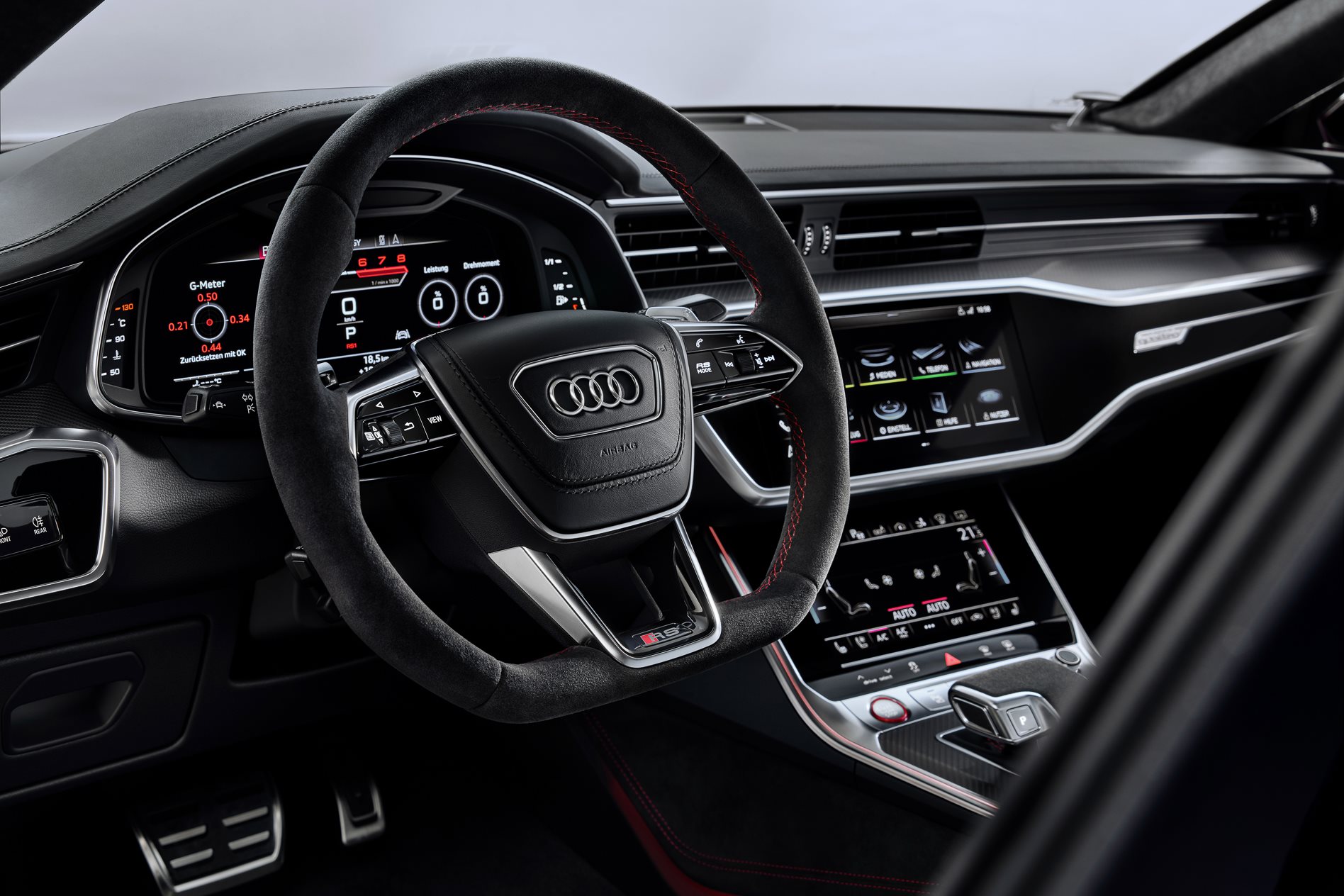 Pricing and specs are a little way away, but it’s reasonable to expect that the new RS7 will probably cost more than the $261,800 of the outgoing car.

Australia is again likely to take a higher spec car as standard, so figure on goodies like the carbon brakes, amazing matrix LED lights and RS sports seats to come standard. 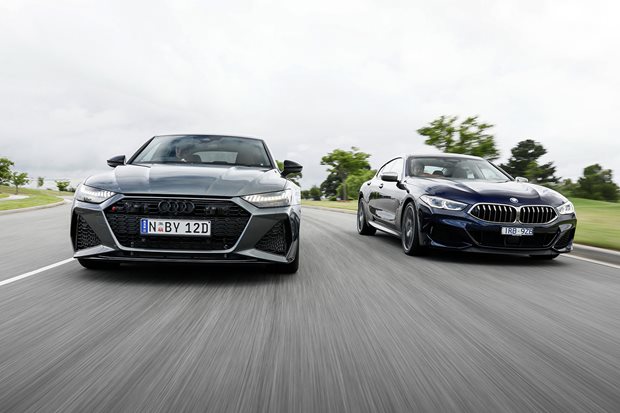 Audi’s RS7 Sportback moves into a new realm of purpose and performance, but can it measure up to BMW’s M850i Gran Coupe? 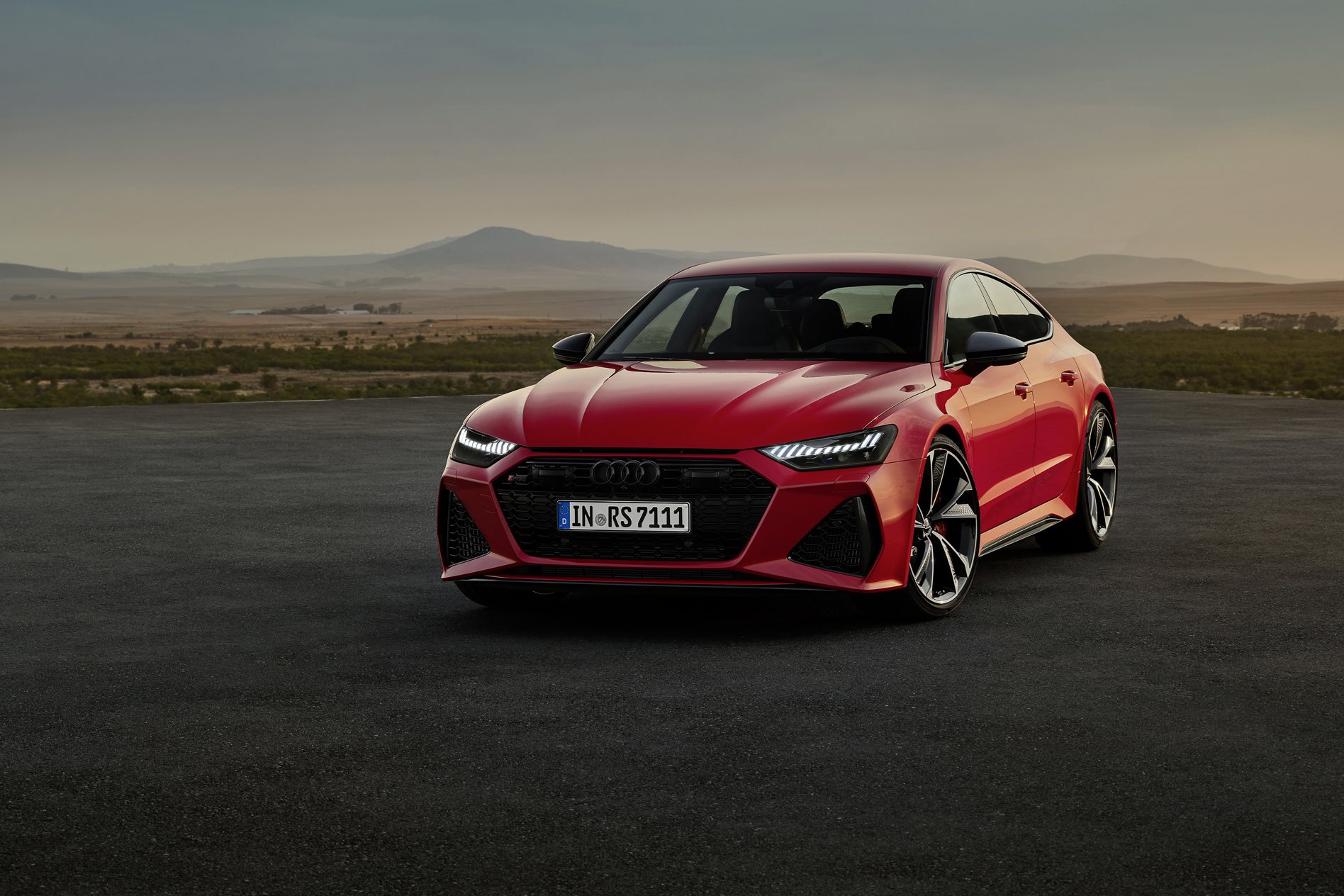 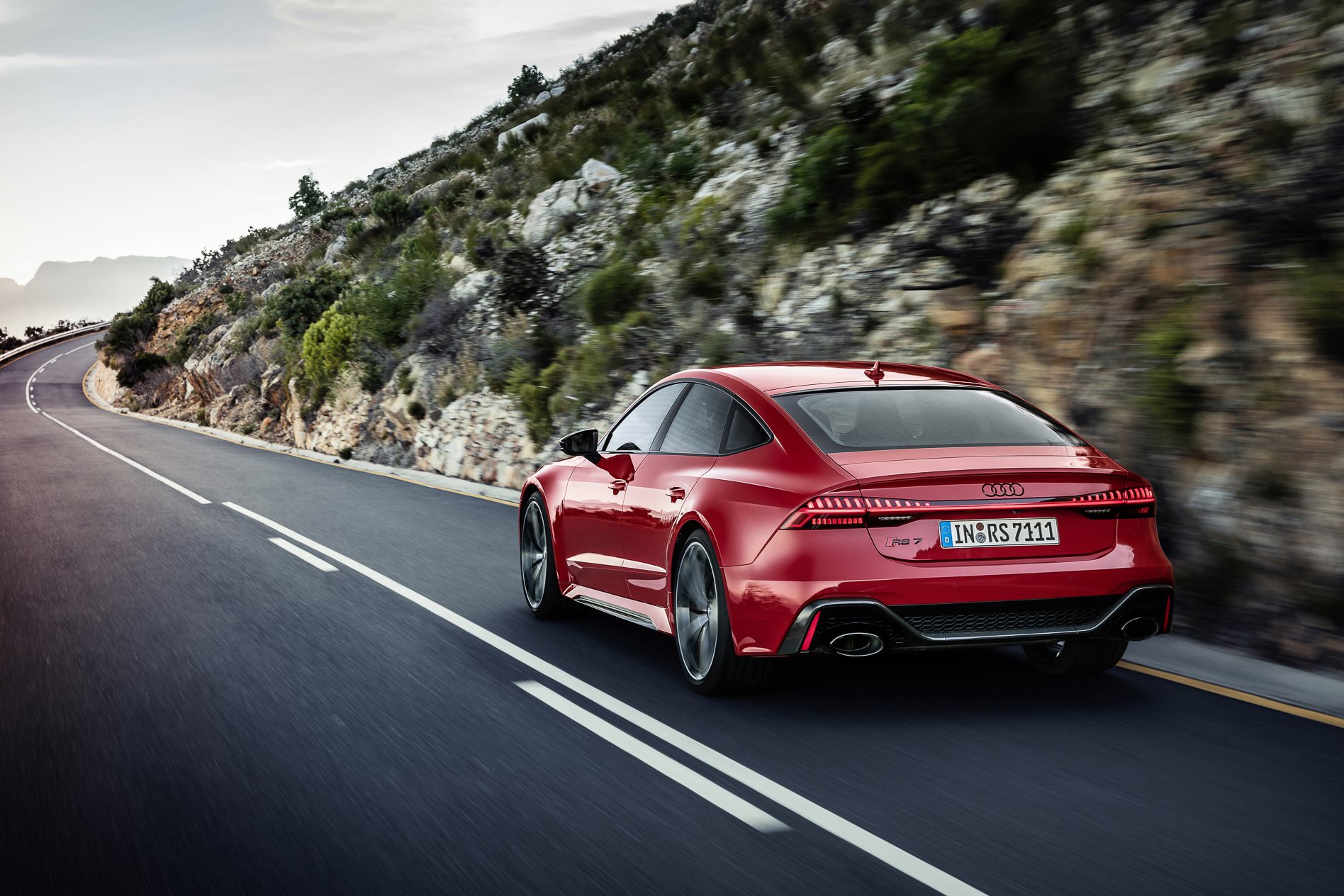 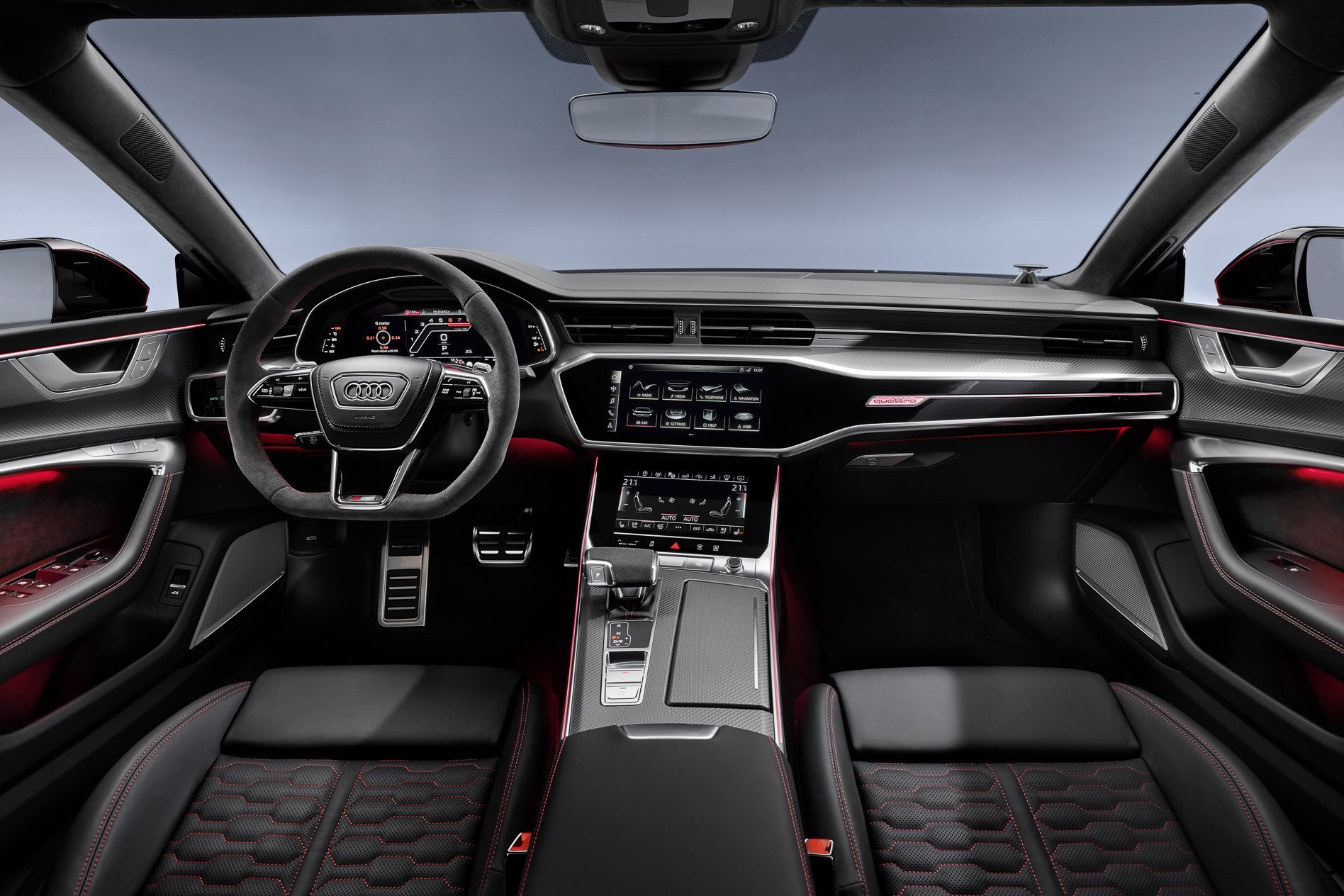 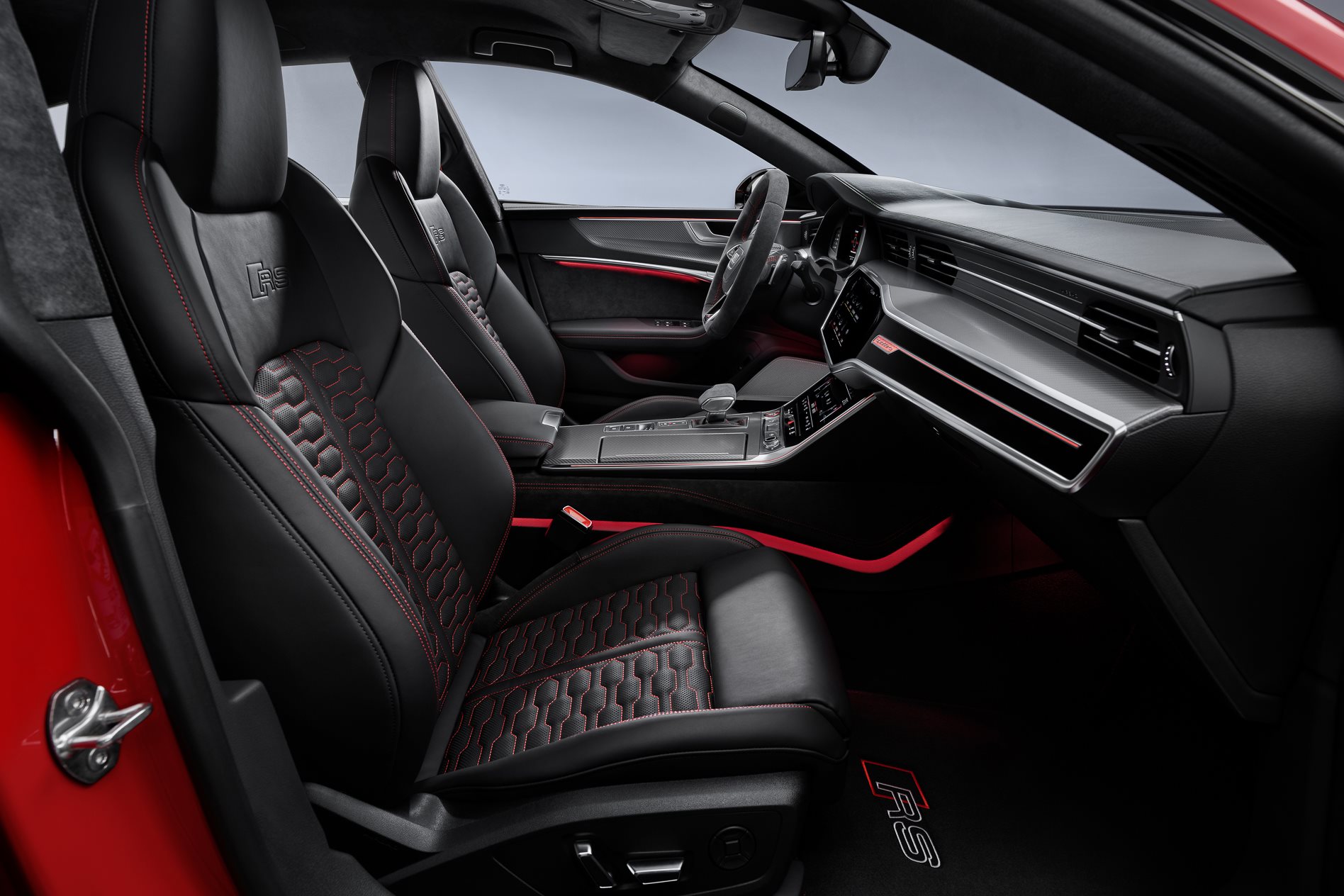 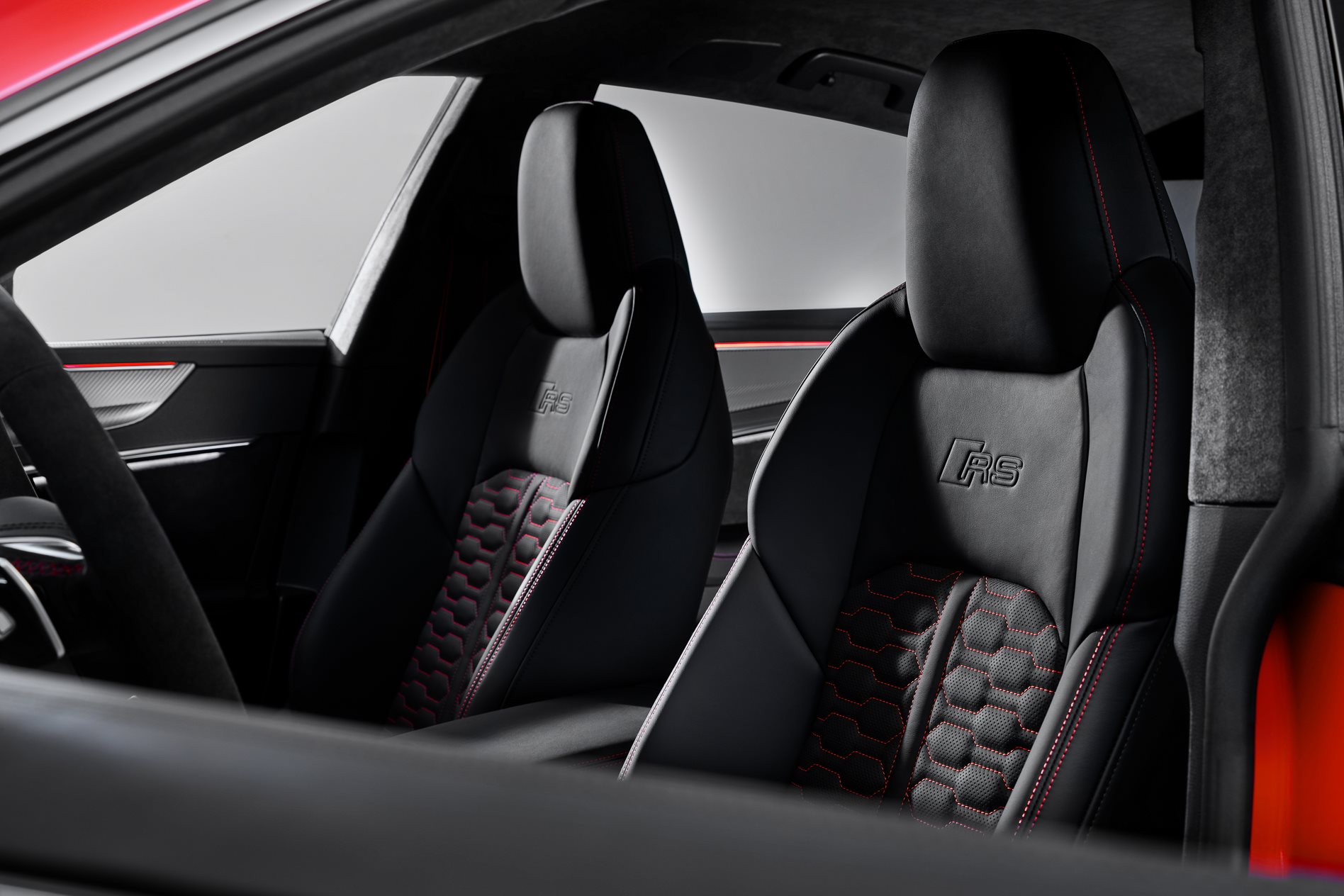 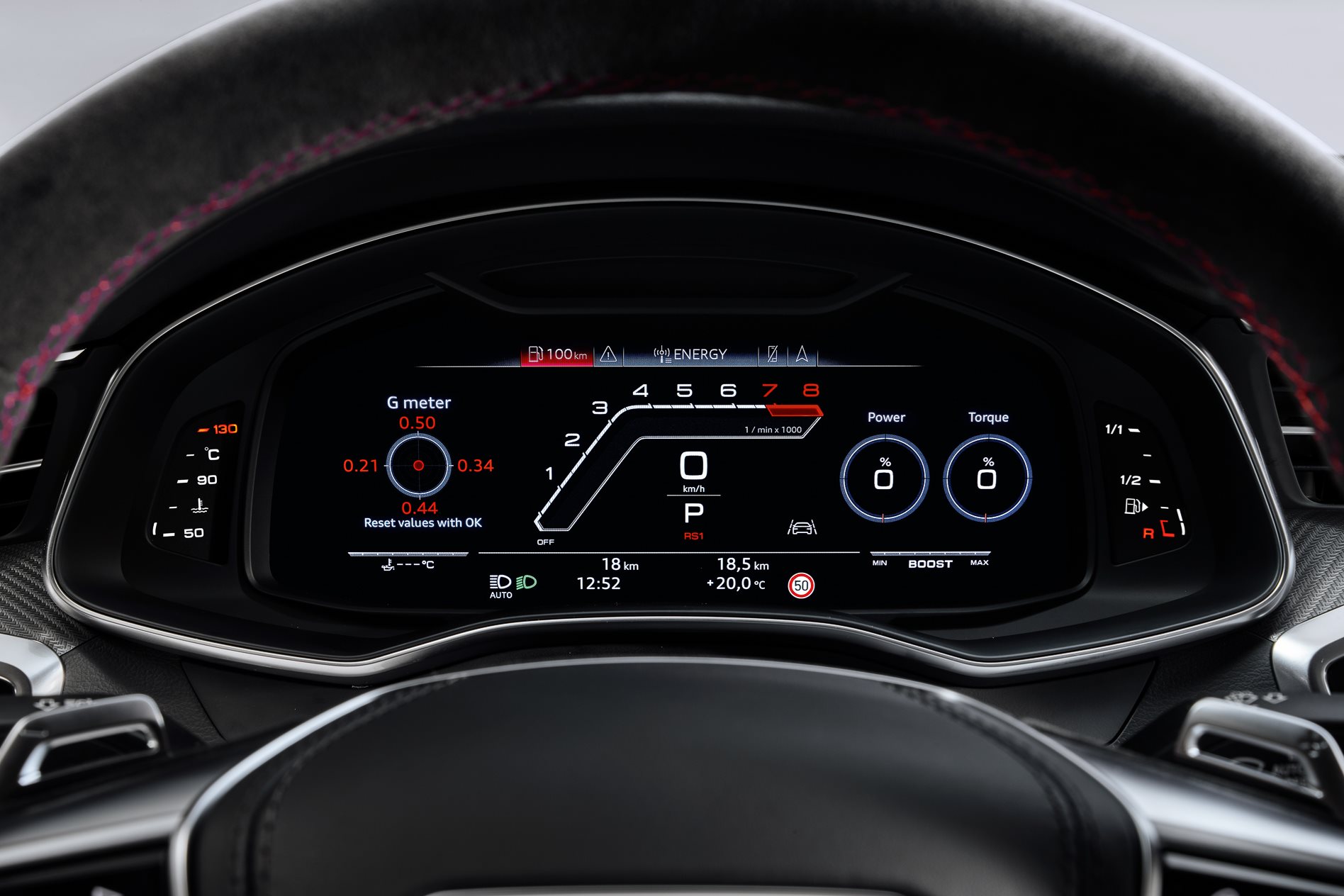 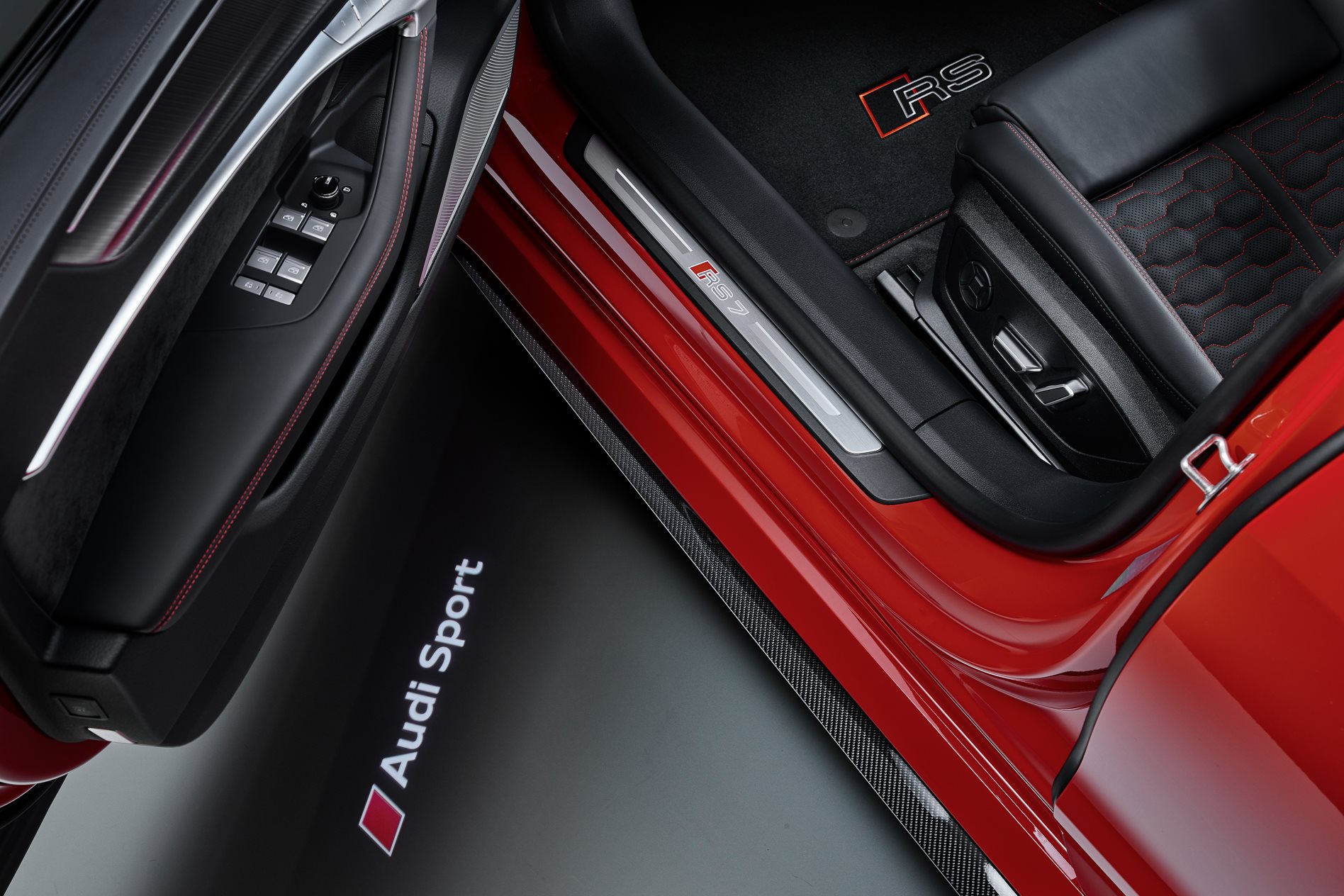 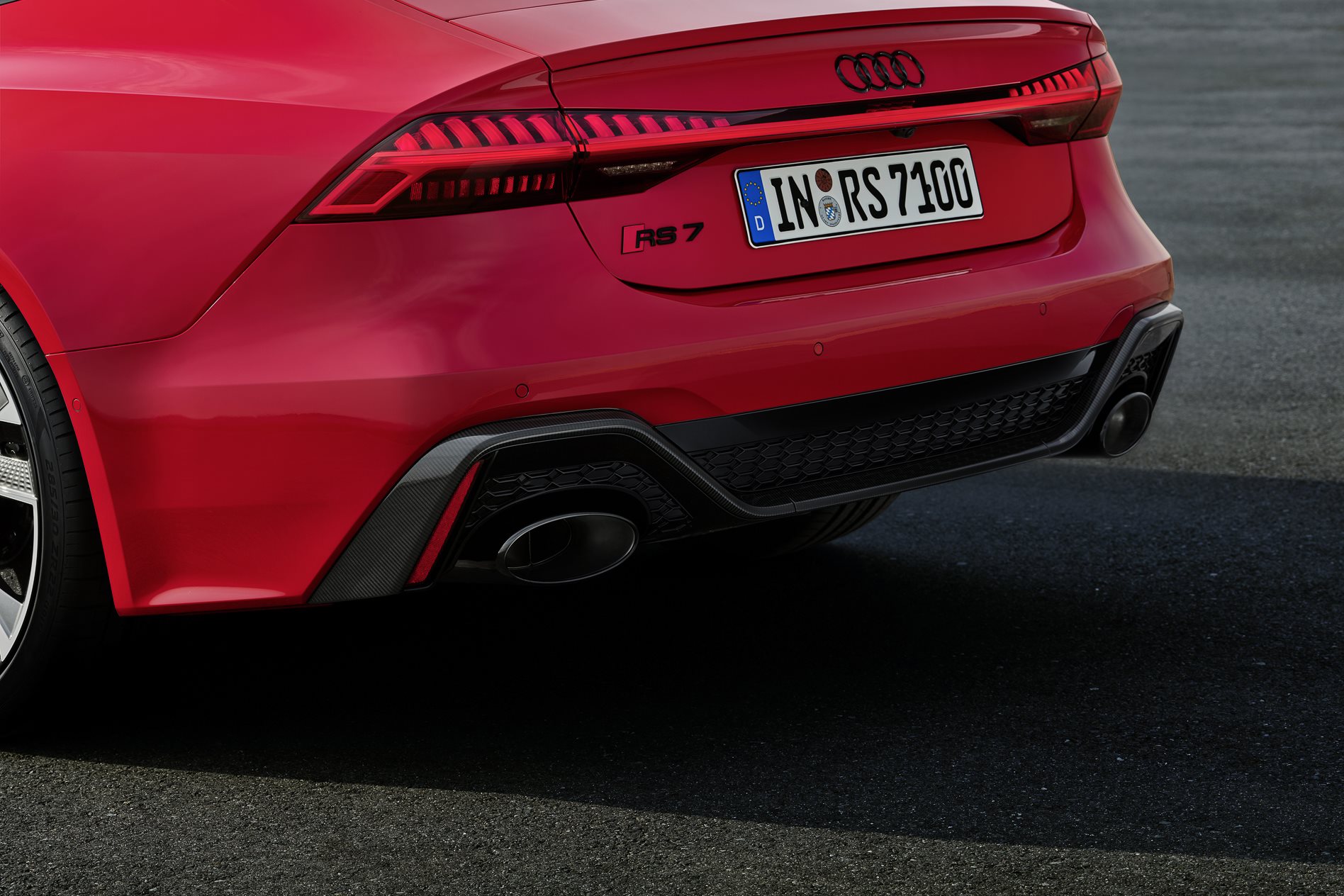