CAR magazine UK's January 2020 issue initially spilled the beans on the Blue Ovals’ hyper-hatch, citing hybrid power as the key technology that would’ve kept it competitive in the ongoing hot-hatch arms race. It was a combination Ford genuinely explored – the RS was on the intended product plan for five years before disappearing, sources say.

According to a Ford statement released today, high development costs and changing emission laws mean the Focus RS won't happen. GKN’s e-Twinster’s electric four-wheel drive is now no longer viable for the hyper-hatch – and that leaves the 2020 flagship dead in the water. 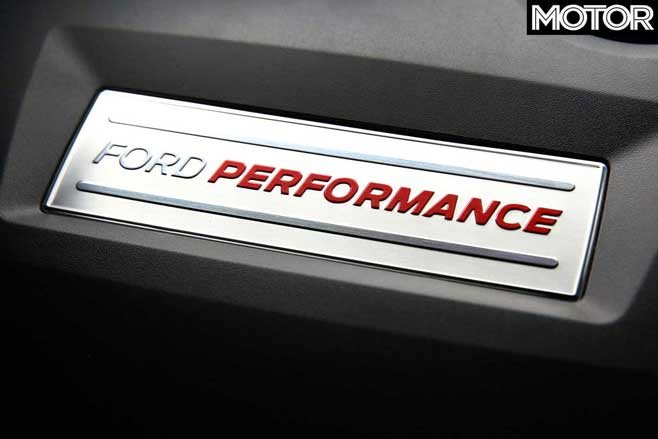 The statement reads as follows:

'As a result of pan-European emissions standards, increased CO2 taxation and the high cost of developing an RS with some form of electrification for a relatively low volume of vehicles, we are not planning another RS version of the Focus.

'We remain committed to Ford Performance vehicles in Europe as part of our DNA with cars like the multi-award winning Focus and Fiesta ST as well as our Mustang and Ranger Raptor models.'

The news also means the Focus ST is now the fastest Focus you’ll ever be able to buy – for over 300kW buyers will now need to look at the Mercedes-AMG A45. 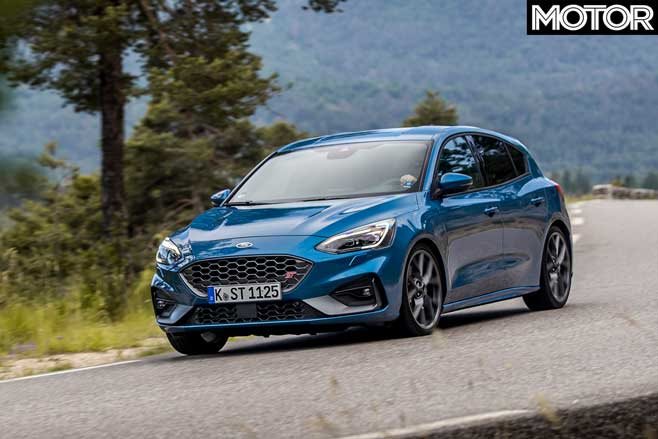 Stacking up the business case proved impossible. The Focus RS is very much a European success story – the Focus is no longer sold in the United States, and there's insufficient demand for a hyper-hatch in other key markets such as China.

With Europe only able to generate 8-10,000 sales a year, the electrified RS couldn't deliver sufficient profit given its expensive component base.

Performance models are also under threat from emissions regulations that compel car makers to average around 95g/km of CO2 across their entire fleets. Cars with big carbon footprints, such as super-saloons from Mercedes-AMG and BMW's M Division, are disappearing from price lists in a puff of smoke. Meanwhile Peugeot Sport is reinventing its GTI models as pure EVs and performance hybrids. Sadly Ford couldn't follow suit with the Focus RS.

What would the 2020 Ford Focus RS might have been 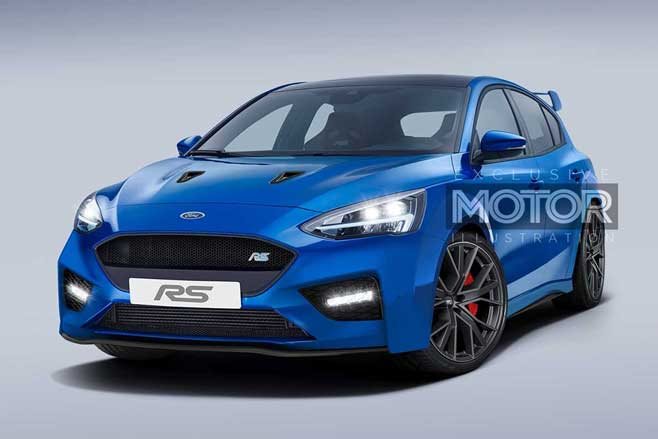 This should've been the moment that Ford pressed two contrasting buttons: the RS was tipped to include a 48-volt integrated starter-generator (ISG) for a gentle boost of all-electric power at low revs.

The outgoing Focus RS was very much an all-combustion affair, repeating the formula from all three generations of fast Focus.

Adding electrical assistance was a smart way of assuaging the Blue Oval's green ideals, and complemented the Mustang Mach-E all-electric crossover - yet gave the chance to boost the RS's performance creds further. And we all know how fast Fords mustn't give any quarter on outright brawn and muscle...

So what would have the new RS hot hatch looked like?

Extreme as a Focus could, inevitably riding harder than a faulty dodgem car and accelerating faster than most sports cars. That electrically-assisted all-wheel-drive system may have even allowed a continuation of Ford’s Drift Mode, to compete with the sideways-inclined Mercedes-AMG A45.

Ford has form with its 2.3-litre EcoBoost engine, so that that unit could have remained the basis of its next hardcore all-wheel-drive hot hatch. The last RS made 276kW and 510Nm in Mountune-fettled spec.