2020 Rezvani TANK is built for the end of the world

The bullet-proof TANK is the world’s most extreme SUV.

THE zombie-slaying Rezvani TANK has been updated and it’s oozing with plenty of military gadgetry and a tuned Demon engine capable of more than 745kW (1000hp).

Street-legal (in the US of A), the body-on-frame 2020 Rezvani TANK is now underpinned by the all-new JL Wrangler – the last-gen sat on the JK platform – and has received massive power gains courtesy of an engine swap. 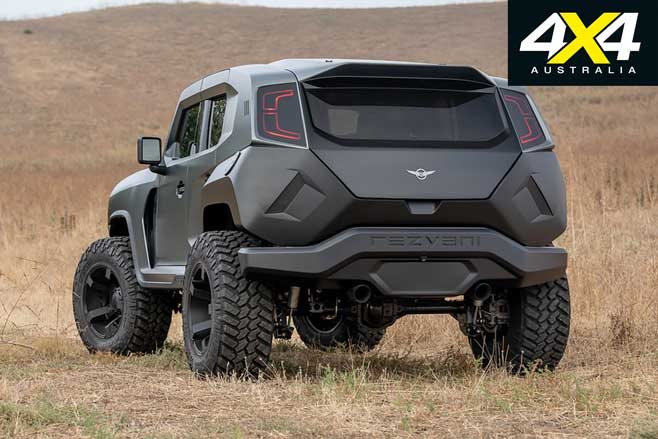 Rezvani opted to drop the previously used 375kW 6.4-litre HEMI V8 and instead shoehorn in a 6.2-litre supercharged V8 engine; the one found beneath the hood of the Dodge Demon. An engine tune by the boffins at Rezvani further cranked up the Demon’s maximum power output to more than 745kW (insane!).

Proving it has the ‘go’ to match the ‘show’, the TANK’s running gear includes Fox racing suspension; a Dynatrac axle set with air lockers and an air compressor; Dynatrac ProGrip front and rear brakes; 1350 (front) and 1410 (rear) driveshafts; and off-road-capable 37-inch tyres. Fox Racing 3.0 Internal Bypass Shocks with DSC can be ticked as an option.

“The focus of this generation’s Tank was to be athletic in design and stance, have a refined sports-car ride and suspension, have a luxurious interior, and surpass 1000hp, all in a car that’s easily a daily driver,” said CEO of Rezvani Motors, Ferris Rezvani.

That luxurious interior extends to hand-stitched leather, a suede headliner and a 7.9-inch infotainment screen with Apple CarPlay and Android Auto. 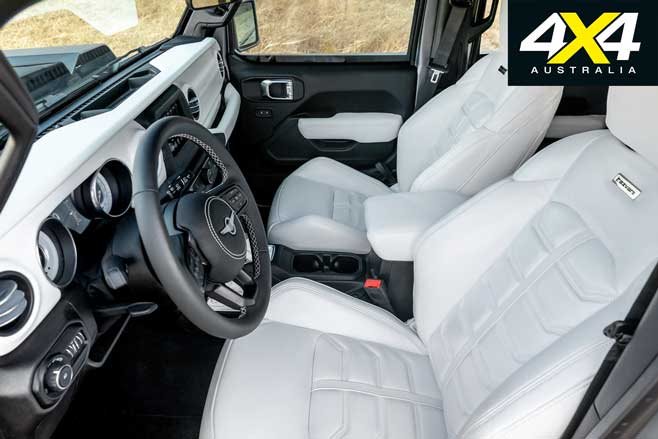 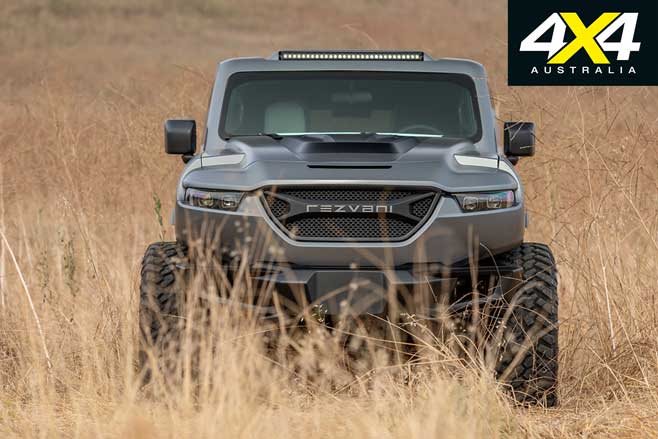 “Proven to exceed military standards, the EMP shield is also one of the world’s fastest surge protection devices. The EMP shield utilises three incredible technologies and a patent-pending advanced design to operate at incredible speeds while also being capable of protecting from over 40 EMP strikes with zero degradation.” 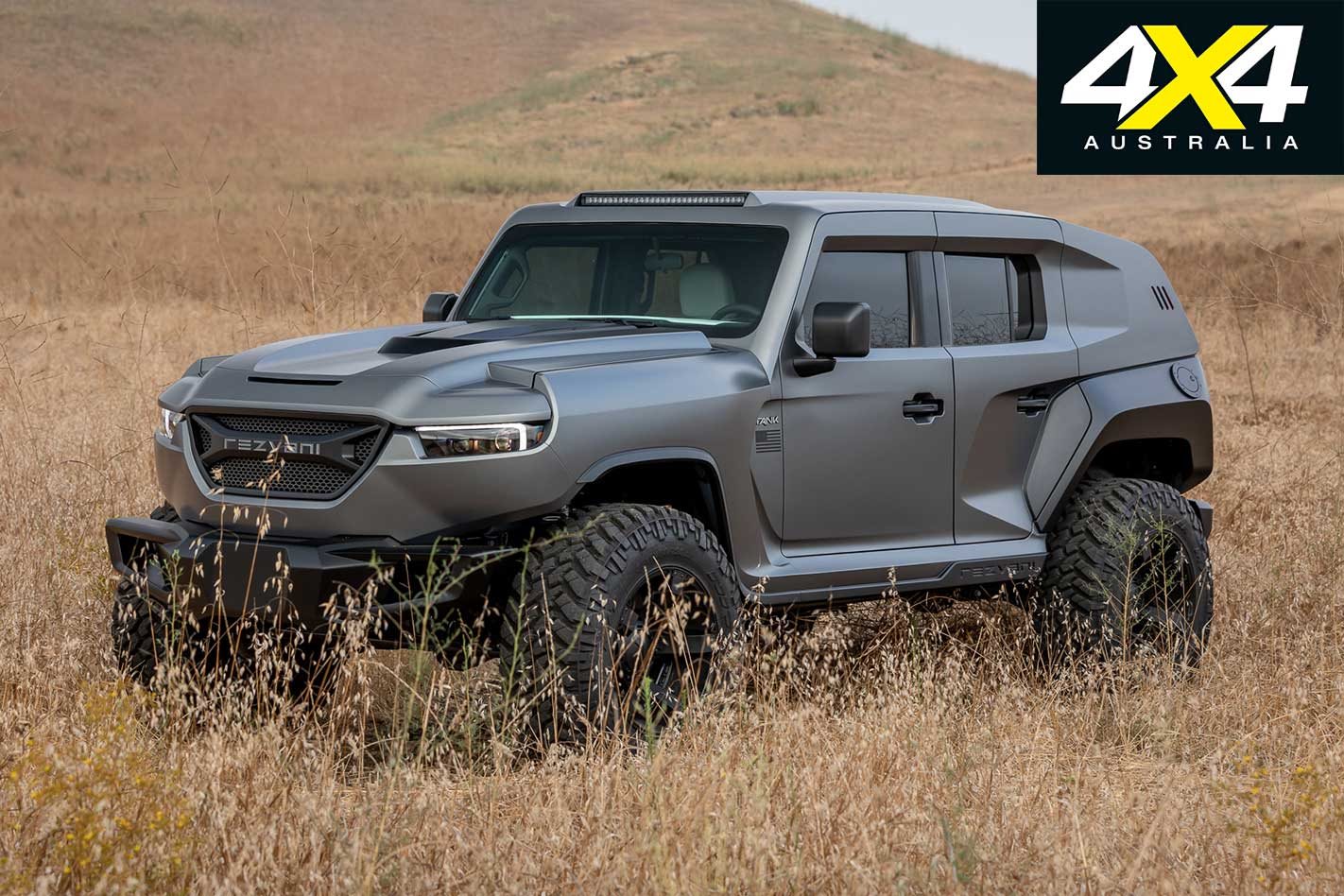 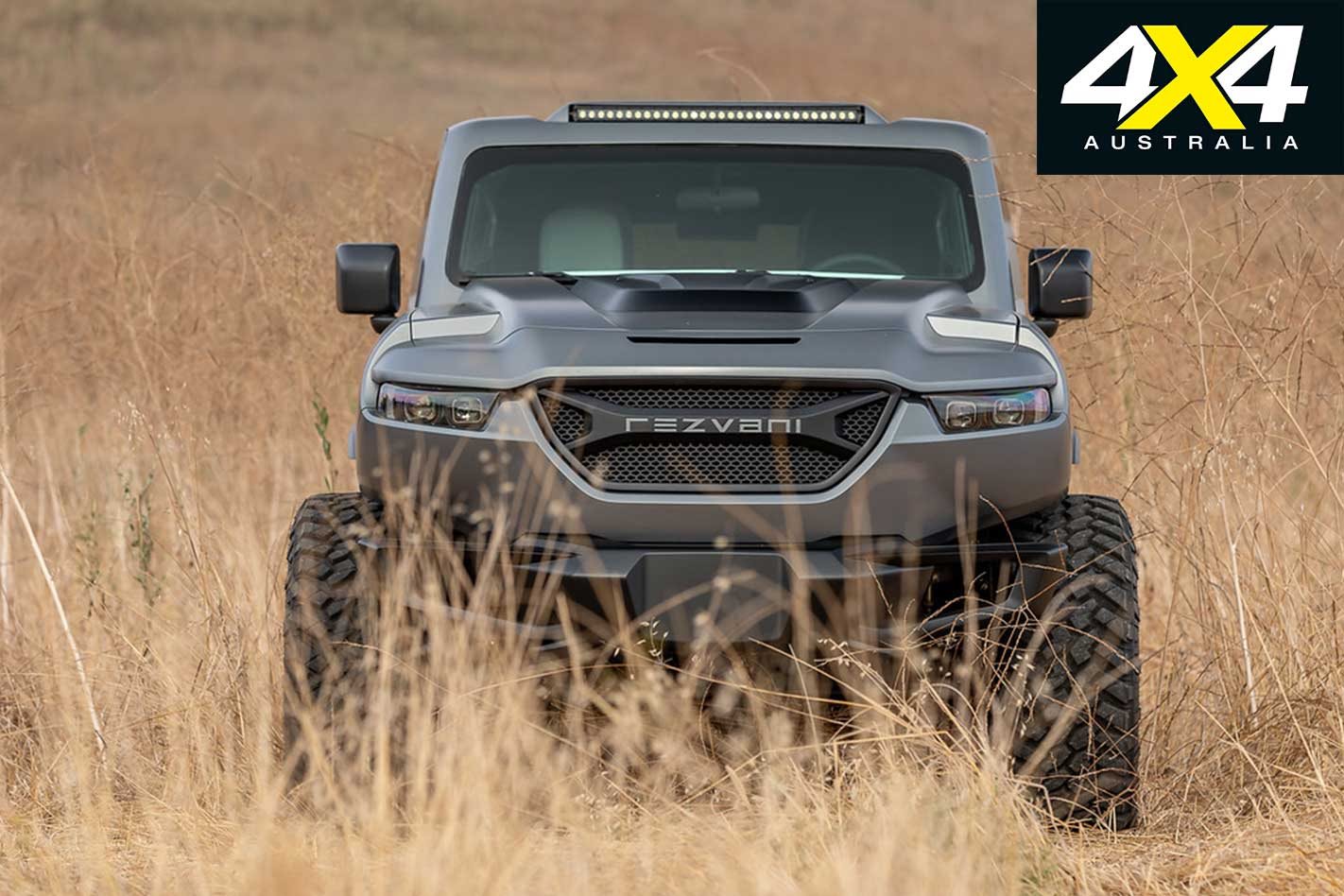 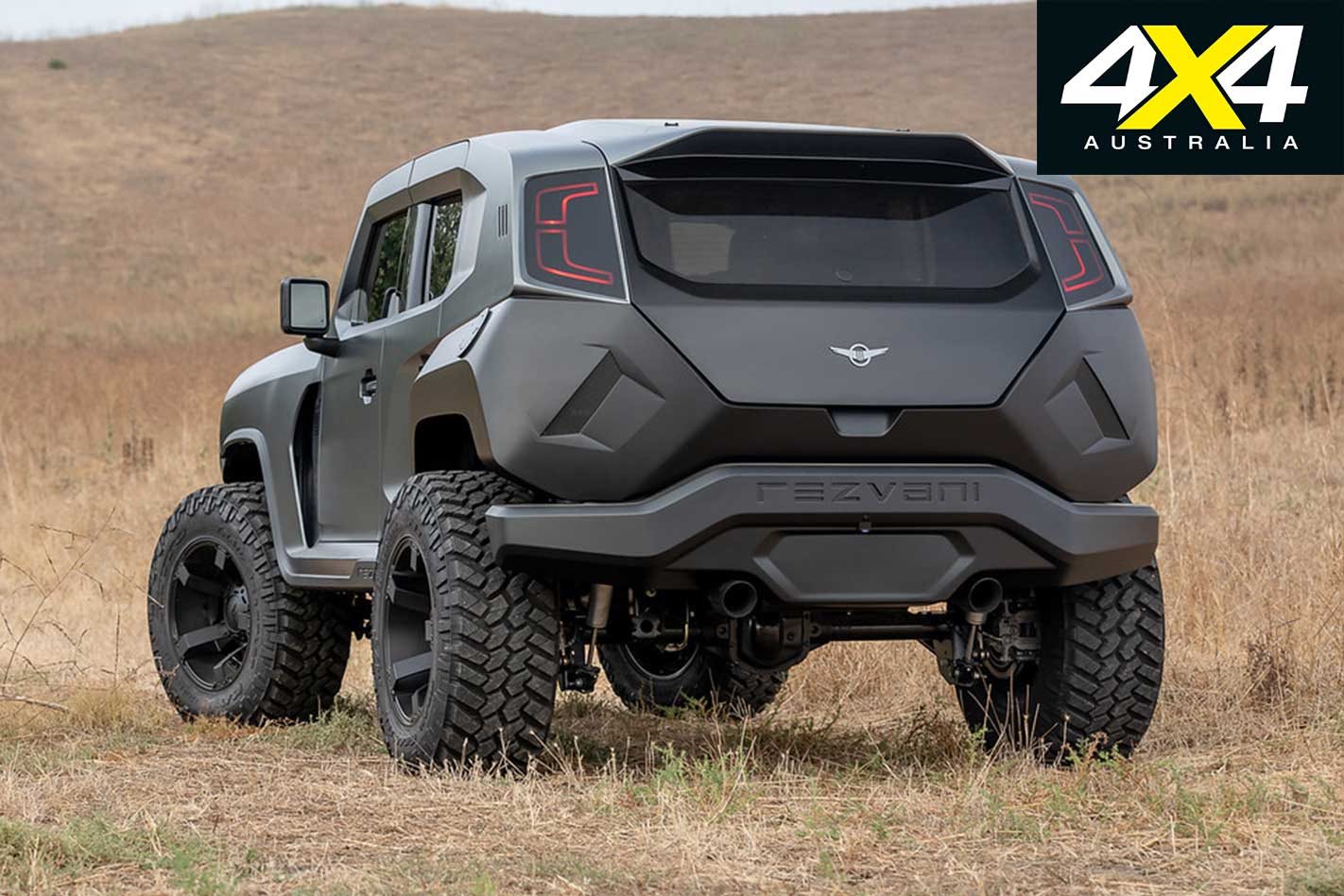 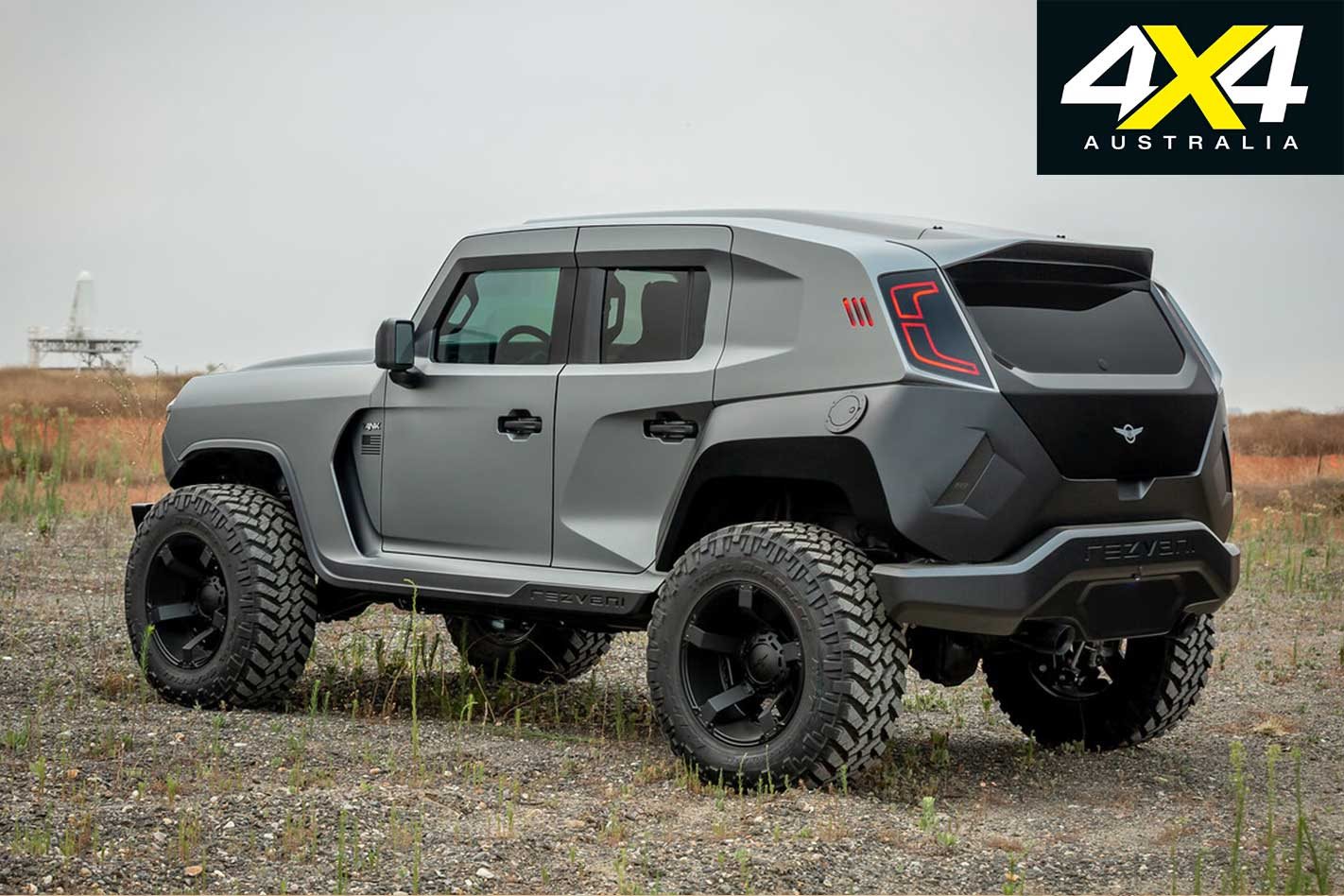 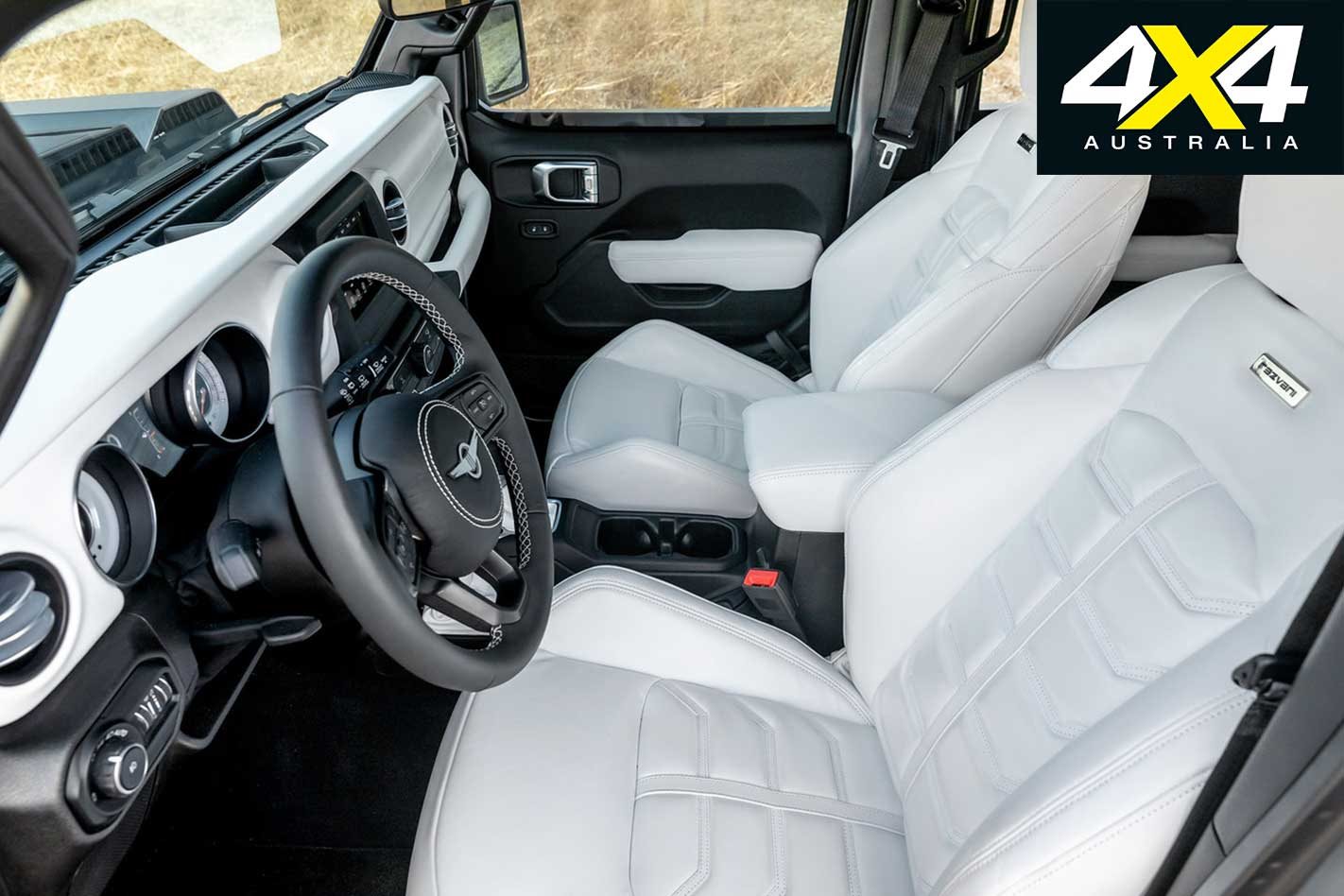 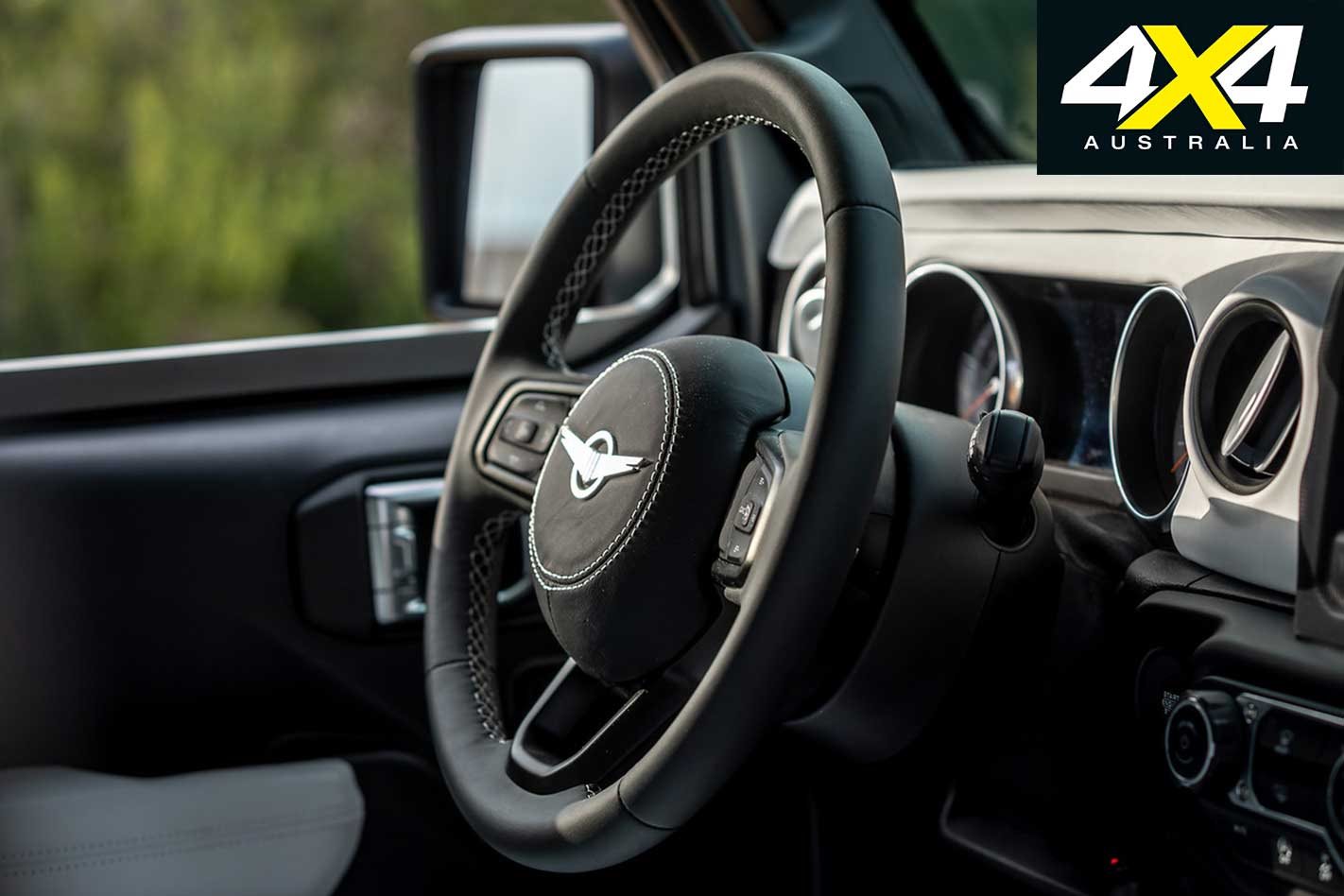 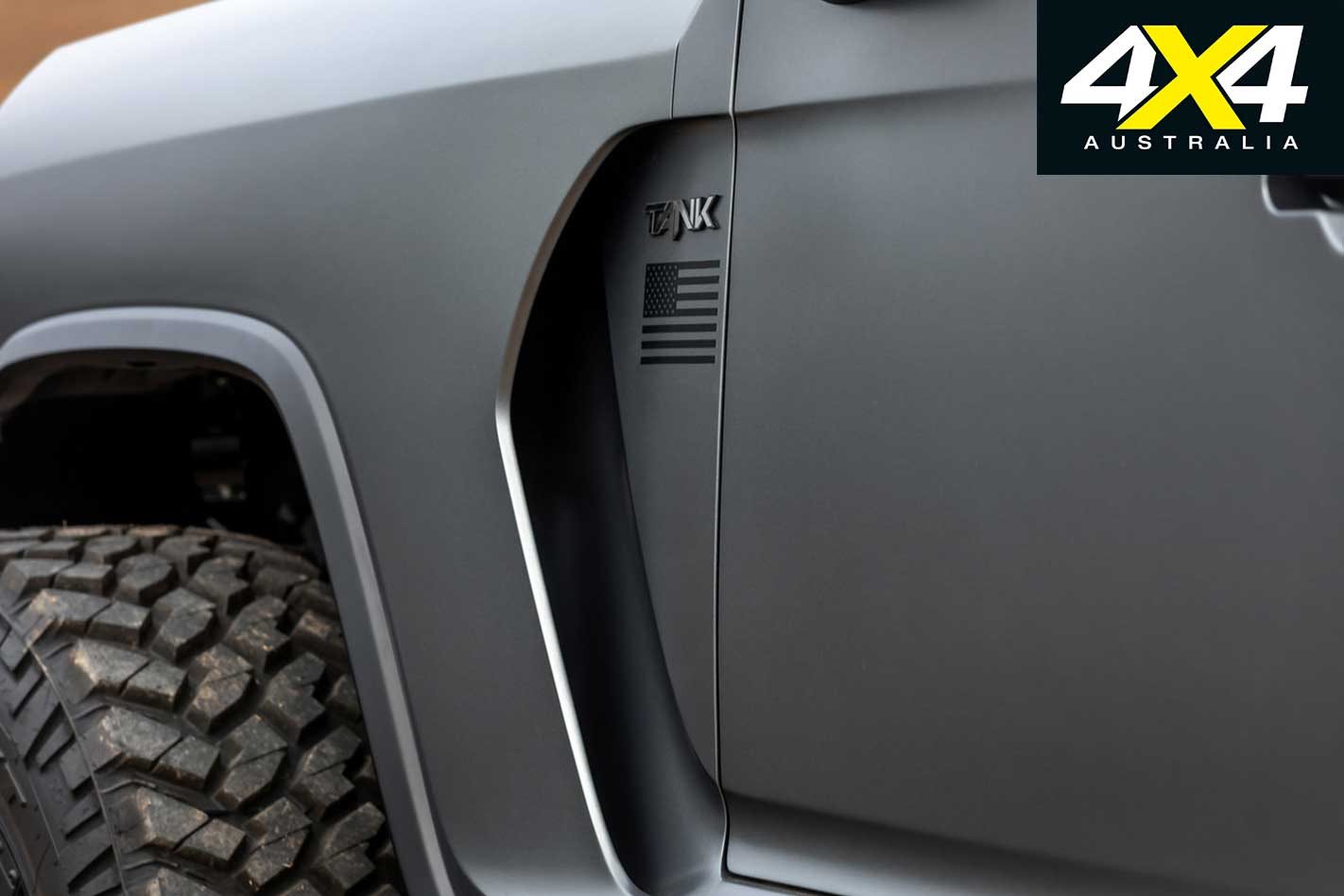 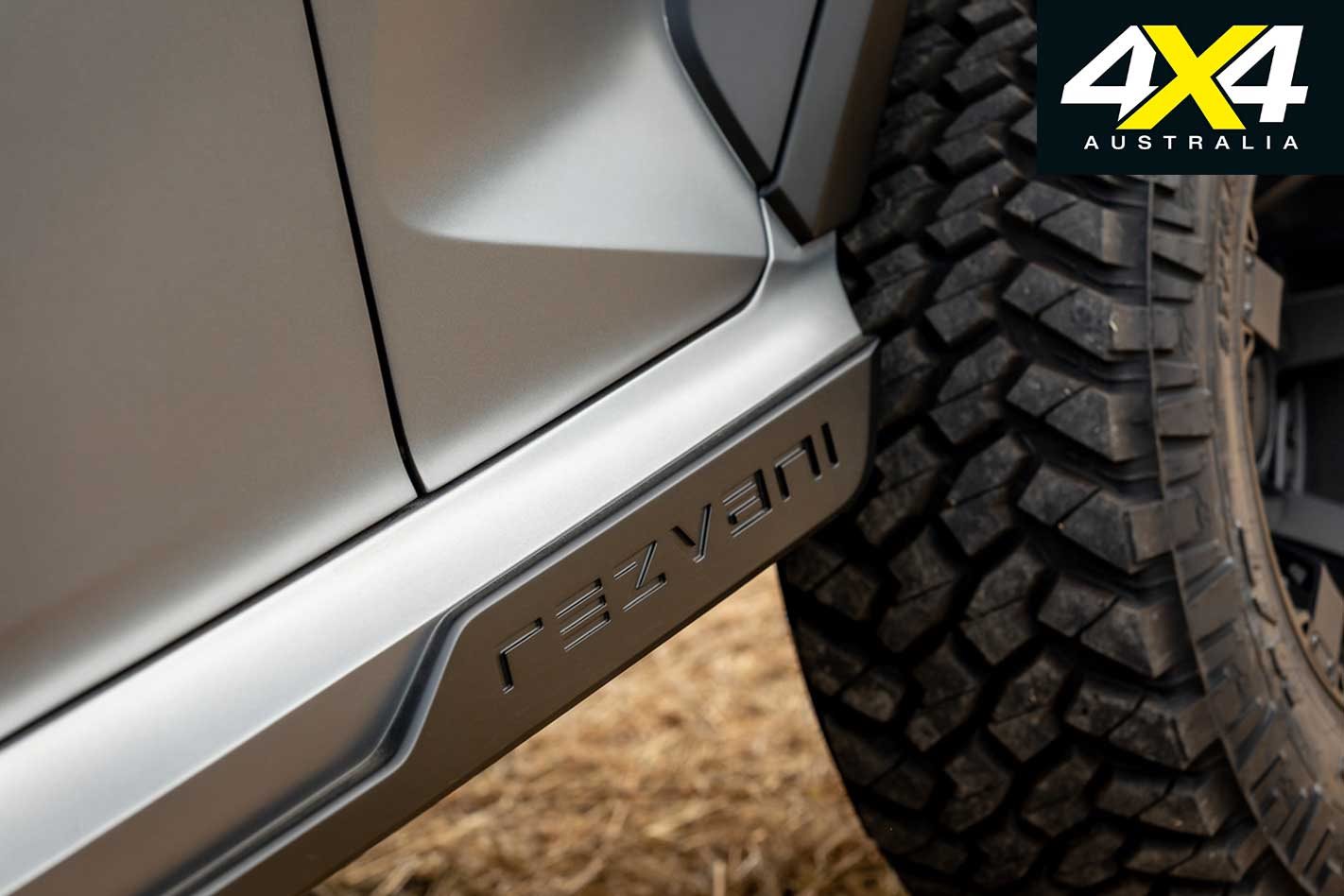 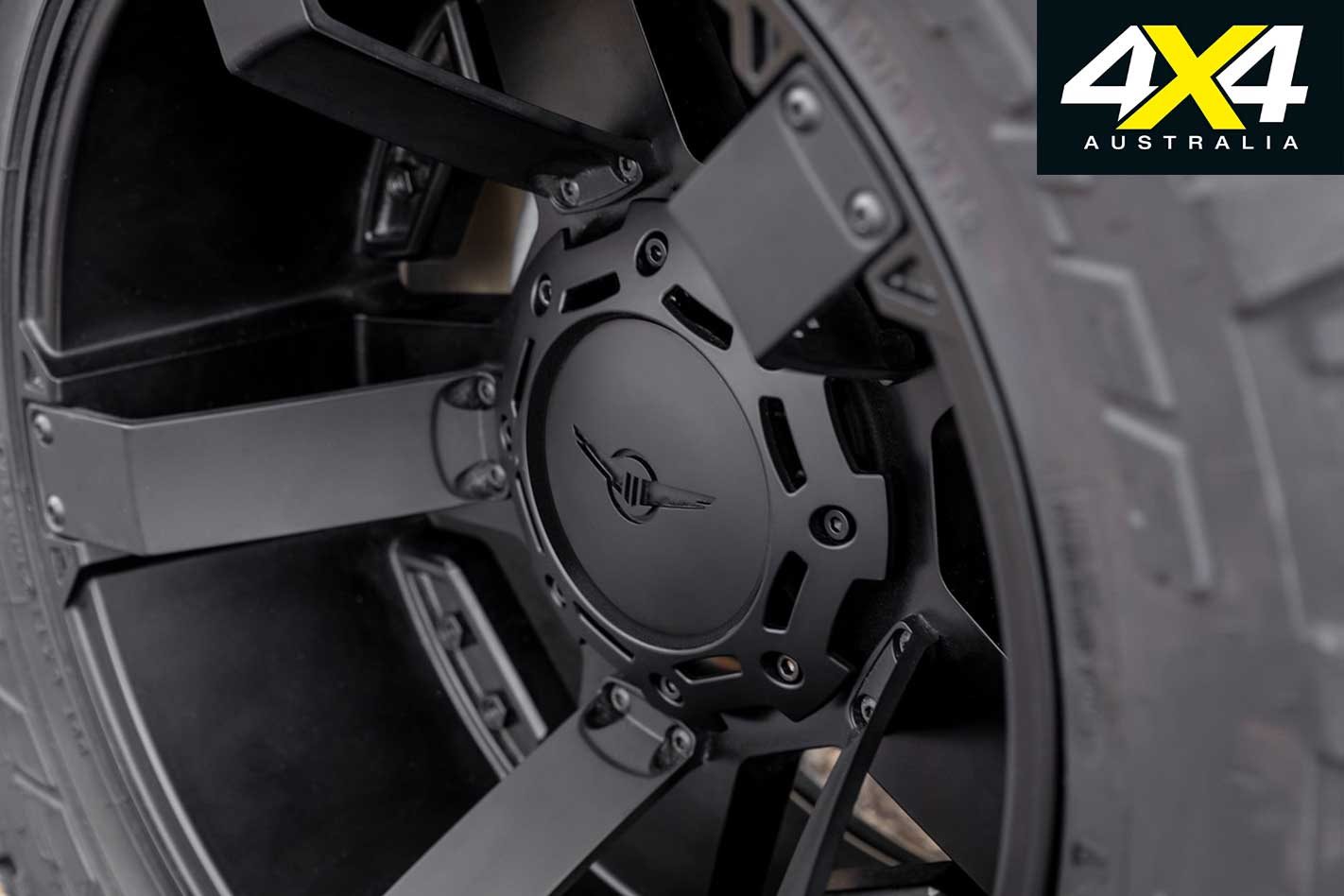 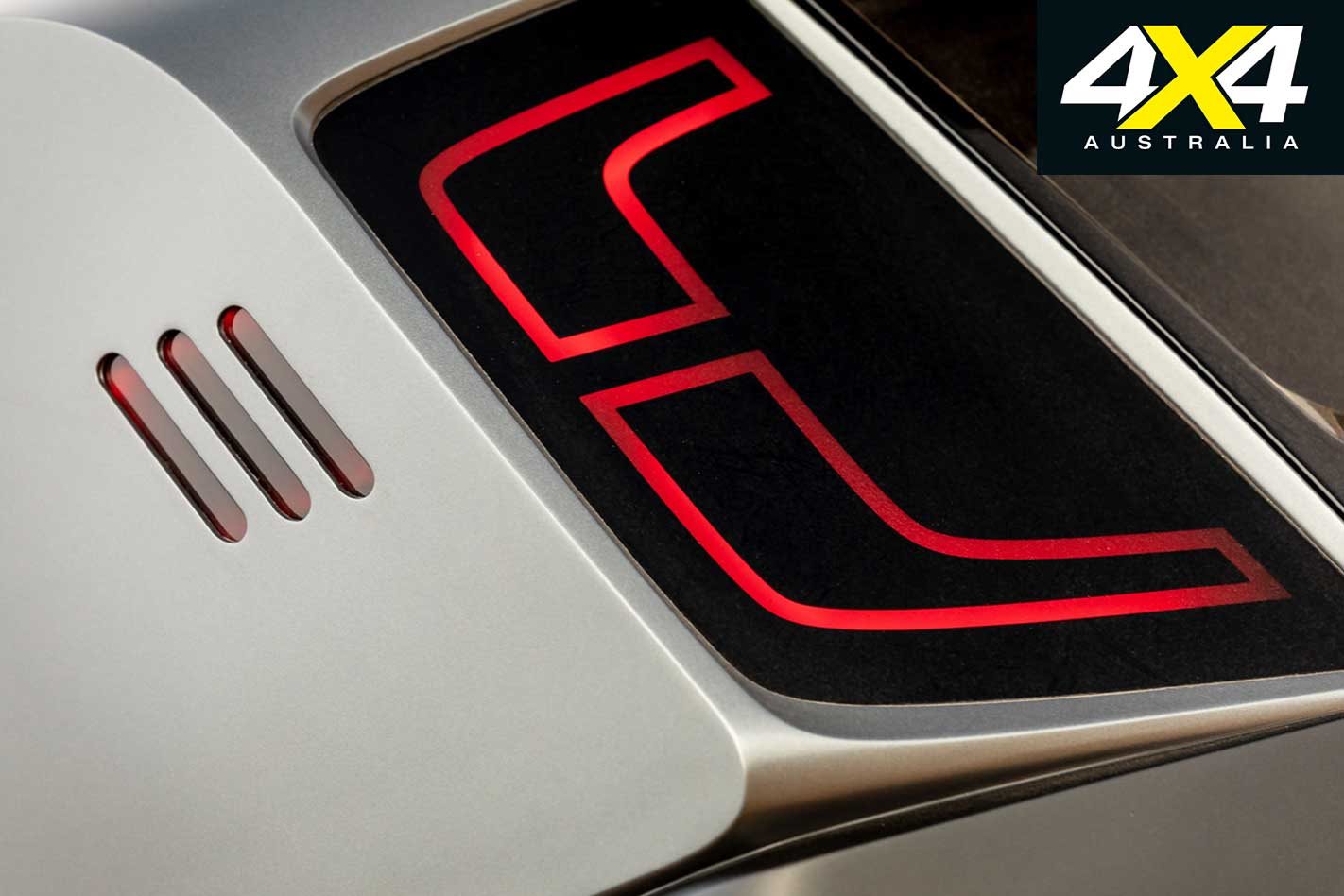