Intense competition from a plethora of marques means it’s tough going for some car brands in Australia. Here are the ones on struggle street

Go shopping for a new car in Australia and you’ll have 55 brands to choose from, with everything from Suzuki to Holden; Ferrari to Rolls-Royce.

But that number could soon drop, with some brands struggling to gain traction and others experiencing dramatic sales drops in what is a fast-evolving market swinging persistently towards SUVs, and also developing a ravenous appetite for premium/luxury.

Are we oversupplied? Industry experts have long referred to the Australian market as one of the most competitive in the world. According to Ian Churchill, a senior analyst at IHS Markit, the 55 brands on sale in Australia is well above the 38 that is the global country average.

But IHS Markit’s data shows Germany (62 brands on sale), Russia (62) and France (59) all have more brands to choose from than Australia, while China’s plethora of largely unheard-of domestic brands pushes its tally to a crazy 149.

That said, Australia’s growing annual sales of about 1.2 million vehicles is well below that of other countries with a broader spread of new cars, especially China, with its annual sales of around 27 million and growing.

Many industry observers believe the competitiveness of Australia means it’s inevitable some brands will die. Indeed, recent history suggests there will be natural attrition. Over the past decade, brands that have disappeared in Australia (and, in some cases, globally) include Daihatsu, Daewoo, Dodge, Hummer, Opel, Rover and Saab.

Here’s a Wheels shortlist of brands under increasing pressure in the Australian market: 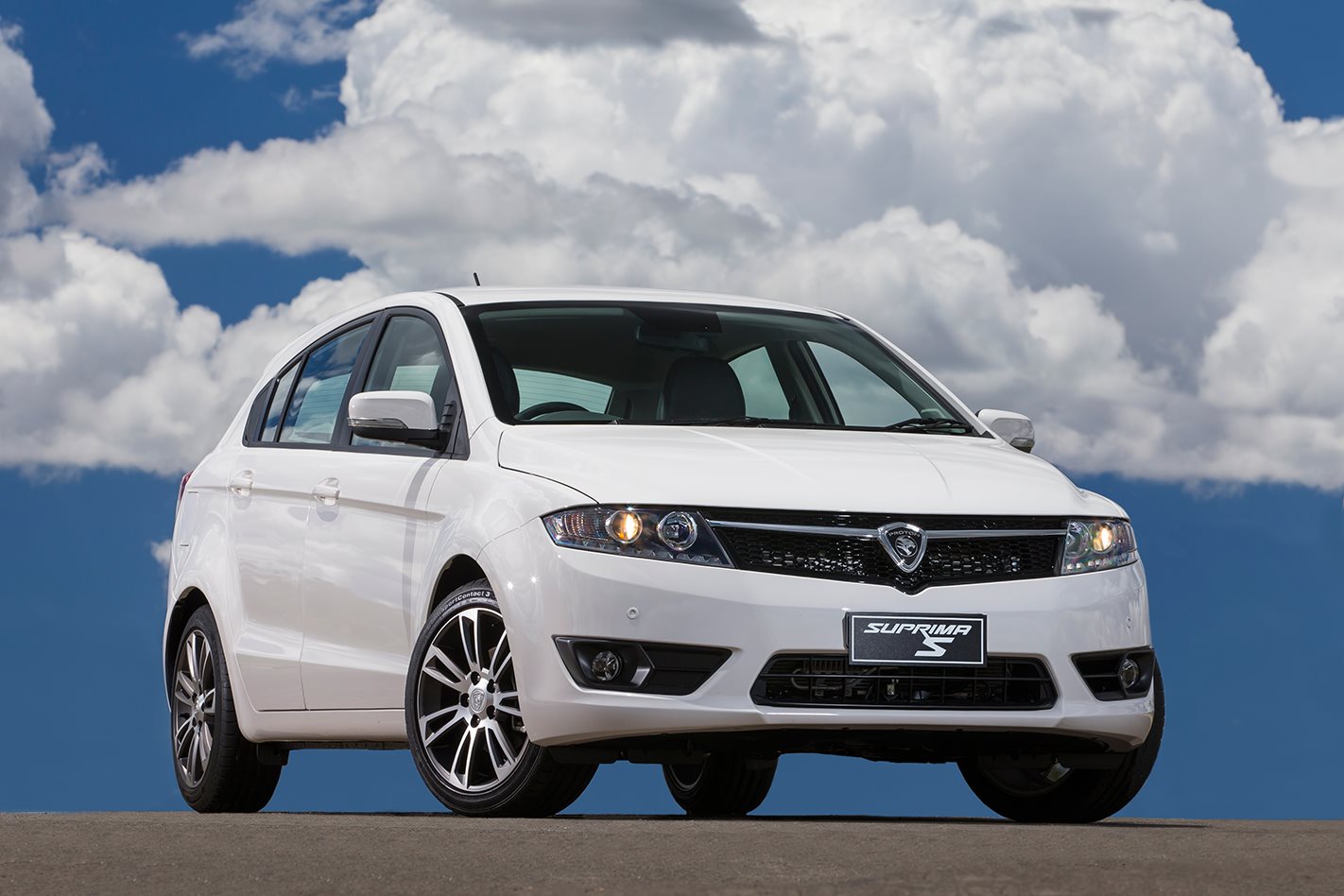 Asian manufacturers such as Ssangyong and Proton are top of the list of brands that may not survive the intense pressure at the cut-throat end of the new-car market. As well as new arrivals, including marques from China, Ssangyong and Proton are dealing with pressure from predominantly Japanese brands bolstering market share with more SUVs and sharp prices. The shift to adopt new features – including active safety gear – is also being won by the big Japanese brands.

Ssangyong and Proton are also struggling with relatively small dealer networks, small model ranges and small sales (371 and 182 respectively in 2016).

In short, there aren’t many people prepared to take a punt on a largely unknown model when there isn’t a decent discount attached to the deal.

In light of this, neither Ssangyong or Proton is currently importing cars, instead clearing current stock.

Ssangyong has delayed the launch of its Tivoli small SUV, in part because the current distributor, Ateco, plans to hand the franchise back. As for who will take it over, the obvious choice is that SsangYong will run the distributorship itself.

As for Proton, they were “too busy” to talk to Wheels when contacted for comment. 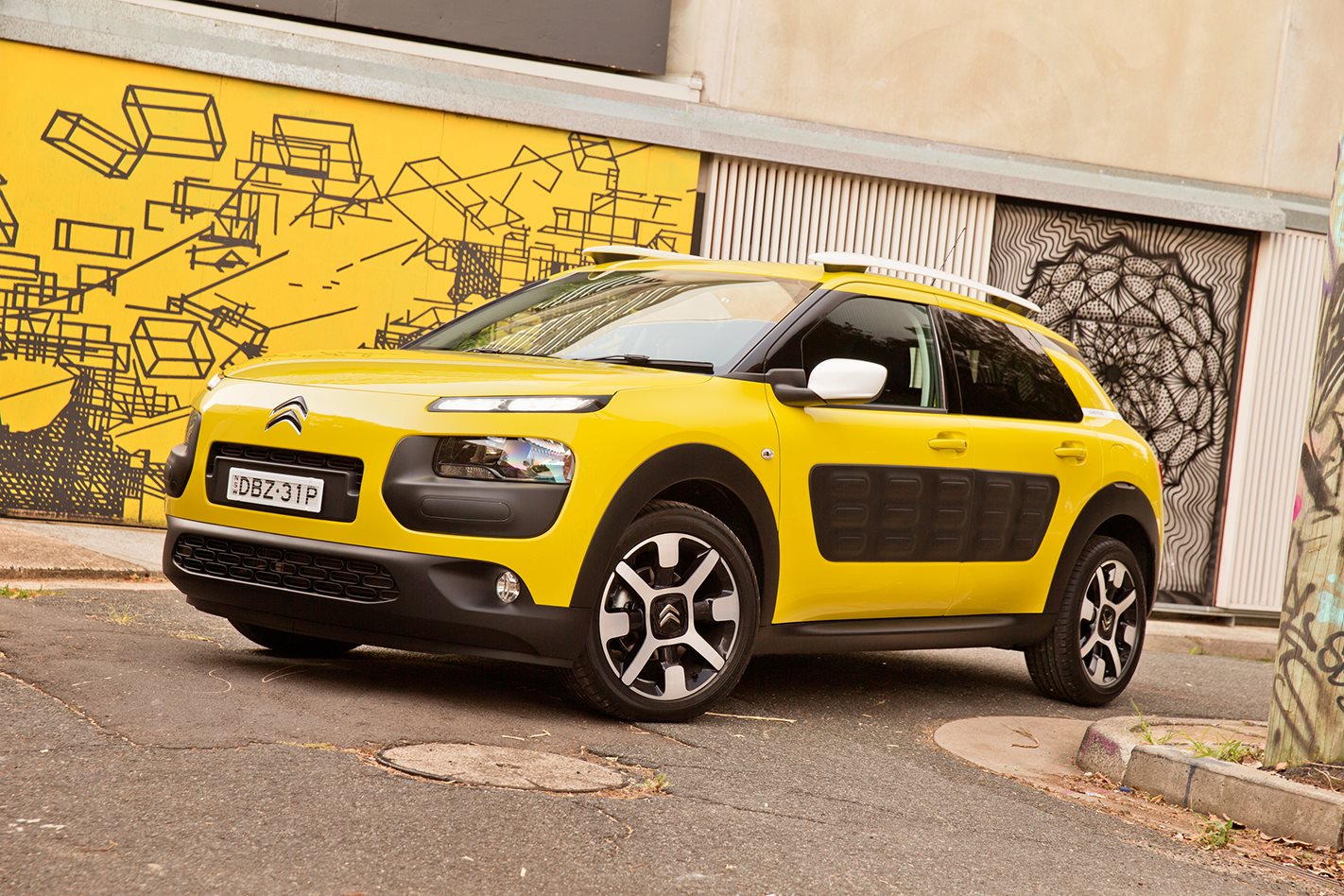 There’s a lot of history with the two French brands in Australia. Citroen has been continuously selling cars here since 1923, while in 1925 it was the first car to drive a lap of Australia, well before a proper road network.

Peugeot began assembling cars in Australia in 1953, the same year it first won the Redex Round Australia Trial.

But history counts for nothing in the modern car market (as Holden can attest) and both Citroen and Peugeot are dealing with declining sales in a growing market.

Peugeot is now outsold by Porsche; the French brand’s 3129 Oz sales in 2016 less than half what it was selling a decade earlier.

Further hampering progress are questions over distribution of the brands in Australia. Currently both are handled by Sime Darby, a Malaysian-based multinational. But Wheels has been informed by a reliable source that Sime Darby is looking to offload the brands and that two other importers are currently in the frame. We’ve requested comment. 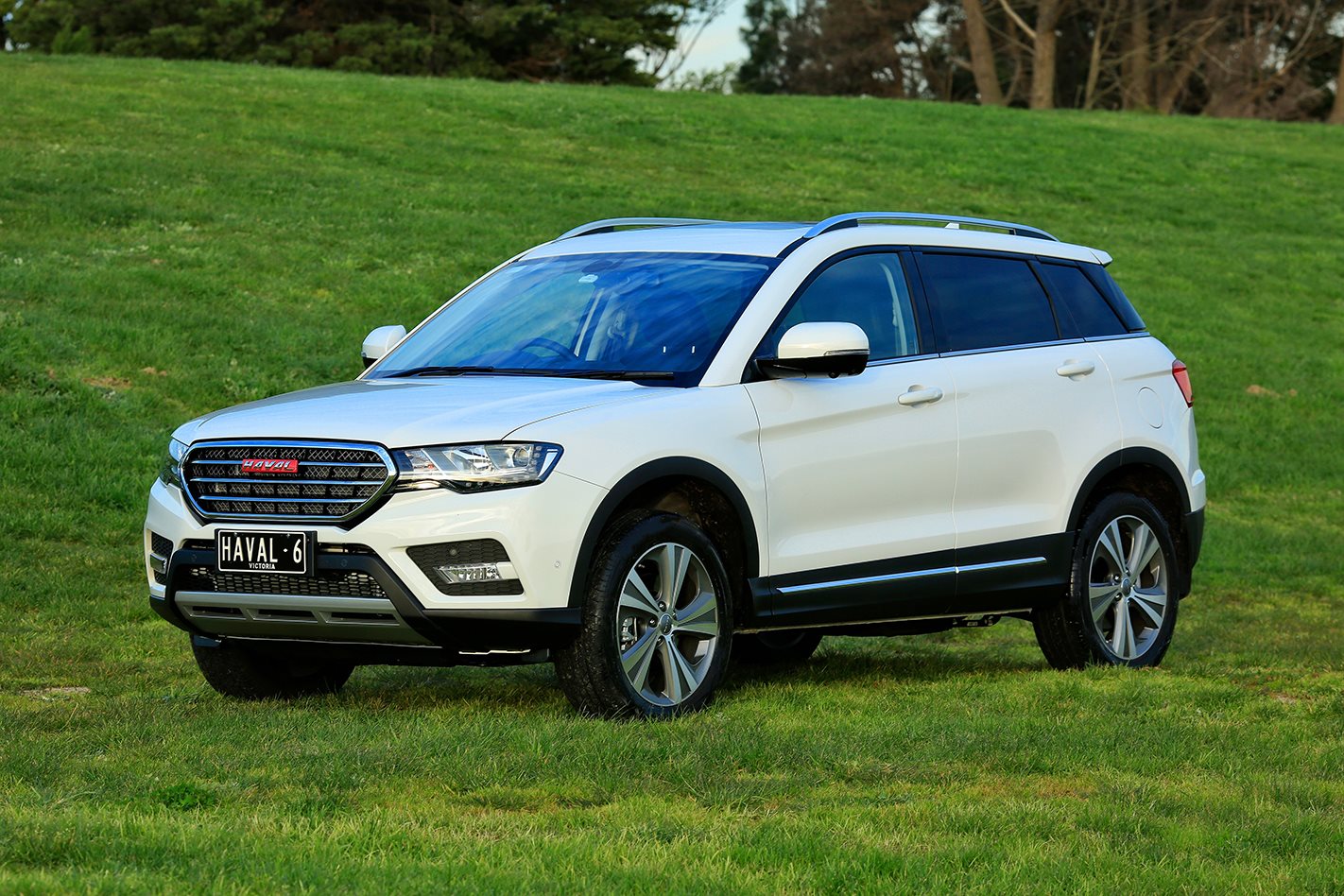 It’s been a rocky start to Aussie life for Great Wall. Under the stewardship of importer Ateco, the brand sold more than 40,000 utes and SUVs from 2009.

Then it all came to an abrupt halt following a dispute between Ateco and the brand’s Chinese parent, leading to the importation being halted for more than a year.

That hiatus – as well as poor independent crash-test results and anecdotal reports of difficulty obtaining spare parts – burnt many owners.

Despite slow sales, Haval and Great Wall insist they’re here for the long run this time around.

“It was more about our dealer network than sales,” spokesman Andrew Ellis told Wheels. “We started with four [dealers], we’ve just opened our 13th and we’re on track to have 20 by mdi-year − and I think you’ll start to see some traction.” 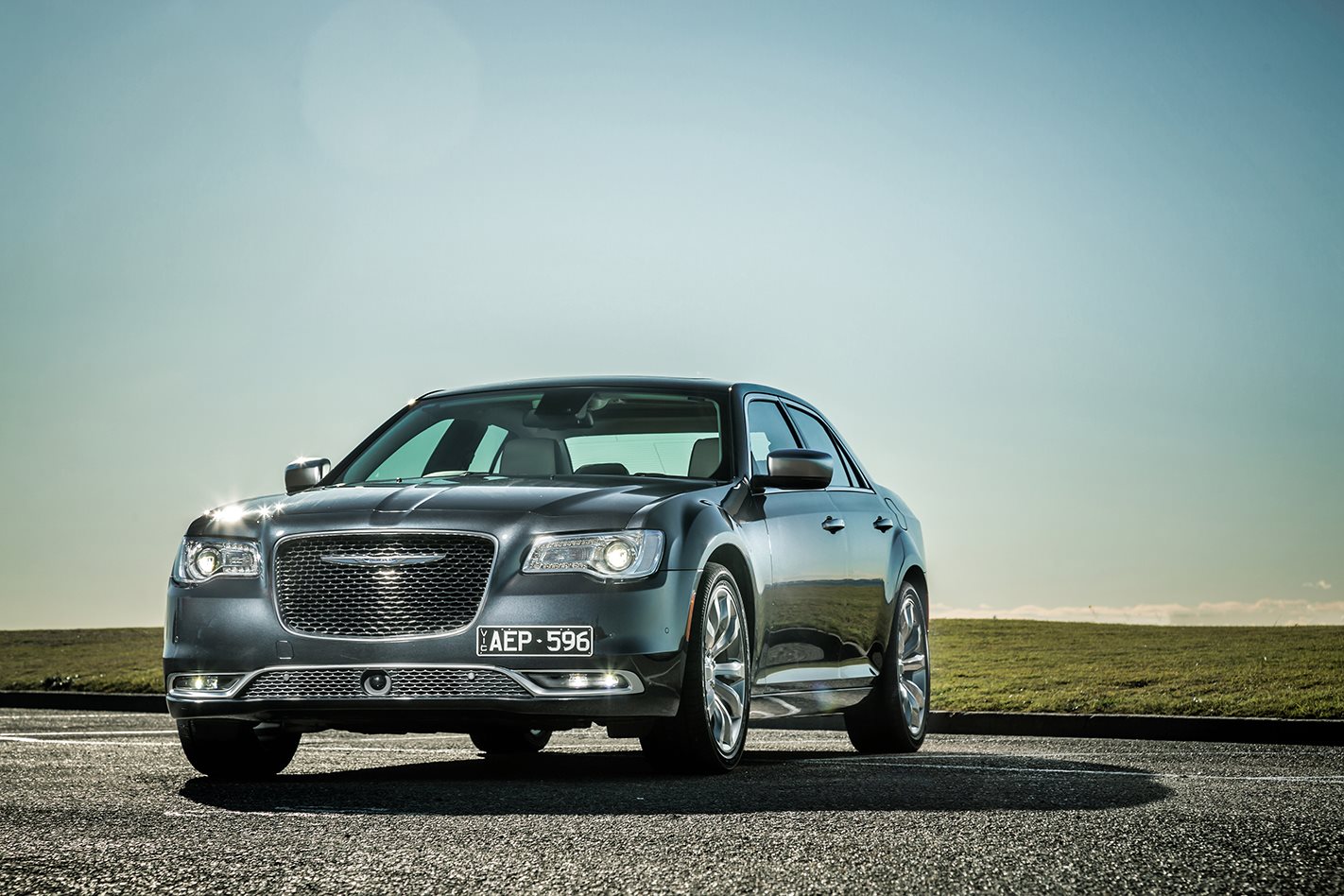 It’s been slim pickings for Chrysler in Australia, with just 462 sales in 2016 – marginally more than Porsche sold 911s.

Put that down to a lack of models. The Voyager people mover was always a slow seller (it plays in a niche market) which leaves the 300 large car to do the heavy lifting.

Despite their appeal with enthusiasts, large, rear-drive cars are on the wane in Australia and the Chrysler 300 is not immune.

Looking forward, it doesn’t look like there’s much product coming down the pipeline, leaving Chrysler locally treading water, at least in the short-term.

That said, Fiat Chrysler Automobiles was open and honest recently in shelving the Dodge brand in Australia. It says it is committed to Chrysler locally.

The local head of the brand, Guillaume Drelon, told Wheels: “Our commitment to the Chrysler brand in Australia is unwavering. We are actively working with head office on the next generation of vehicles, and we will share more information about that at the appropriate time.”

Drelon added that there was a “great opportunity for our 300 and 300 SRT moving forward, in particular regarding the competitive landscape”, following the imminent demise of the rear-drive Holden Commodore.

In the short term it appears some of those 300s could have flashing blue and red lights on their roofs as a replacement for locally-made police pursuit cars. 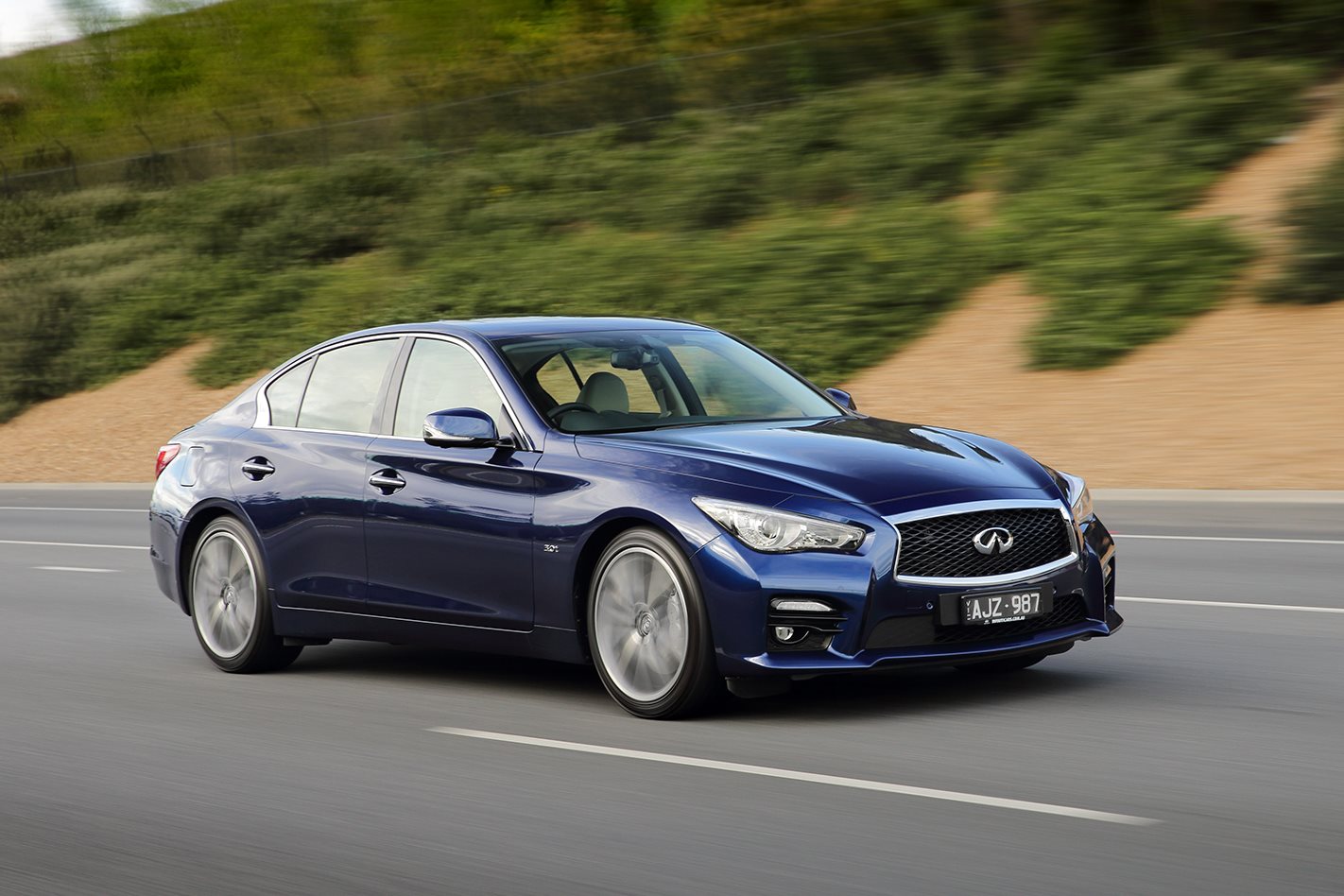 Since 2012 Infiniti has been trying to carve itself a chunk of the booming luxury market that now accounts for more than 100,000 sales in Australia.

It’s been a slow burn, with the Nissan-owned Japanese maker yet to crack the 1000 annual sales rate.

On the surface, then, it seems little chance of survival against the might of BMW, Audi and Mercedes-Benz, each of which sells at least 30 times as many cars.

But Infiniti points to the fact it is growing – and the fact other luxury brands have taken a lot longer to make a real impact.

Infiniti highlights Japanese rival Lexus, saying “they are still in a growth phase” despite approaching its 30th birthday.

An expected update to the Q50 later in 2017 is key to those prospects. 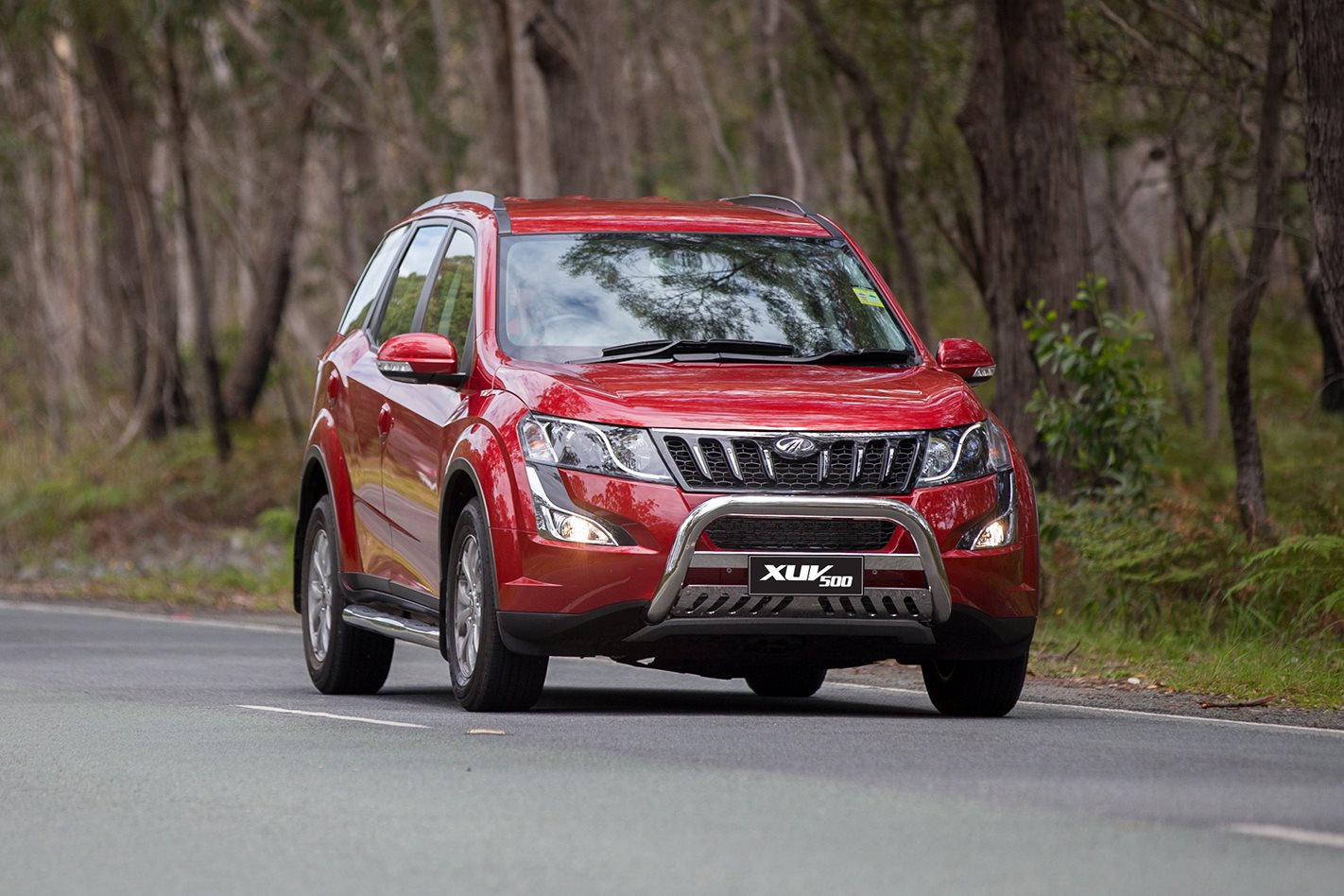 Indian maker Mahindra doesn’t publicly report its sales in Australia, so it’s difficult to get a feel for how it’s going. But the brand admits it is selling fewer than 1000 cars annually, which is not many considering there are 37 dealers.

Indeed, Mahindra is better known for tractors than passenger cars, and despite getting high profile ex-cricketer Matthew Hayden as an ambassador, the XUV500 SUV and Pik-Up ute are still niche vehicles.

Given the competition at the budget end of the market – including from new Chinese brands – it promises to make life even tougher for Mahindra.

The one shining light is the imminent arrival of an all-new Pik-Up late in 2017, something that will hopefully look less, err, challenging than the current car. 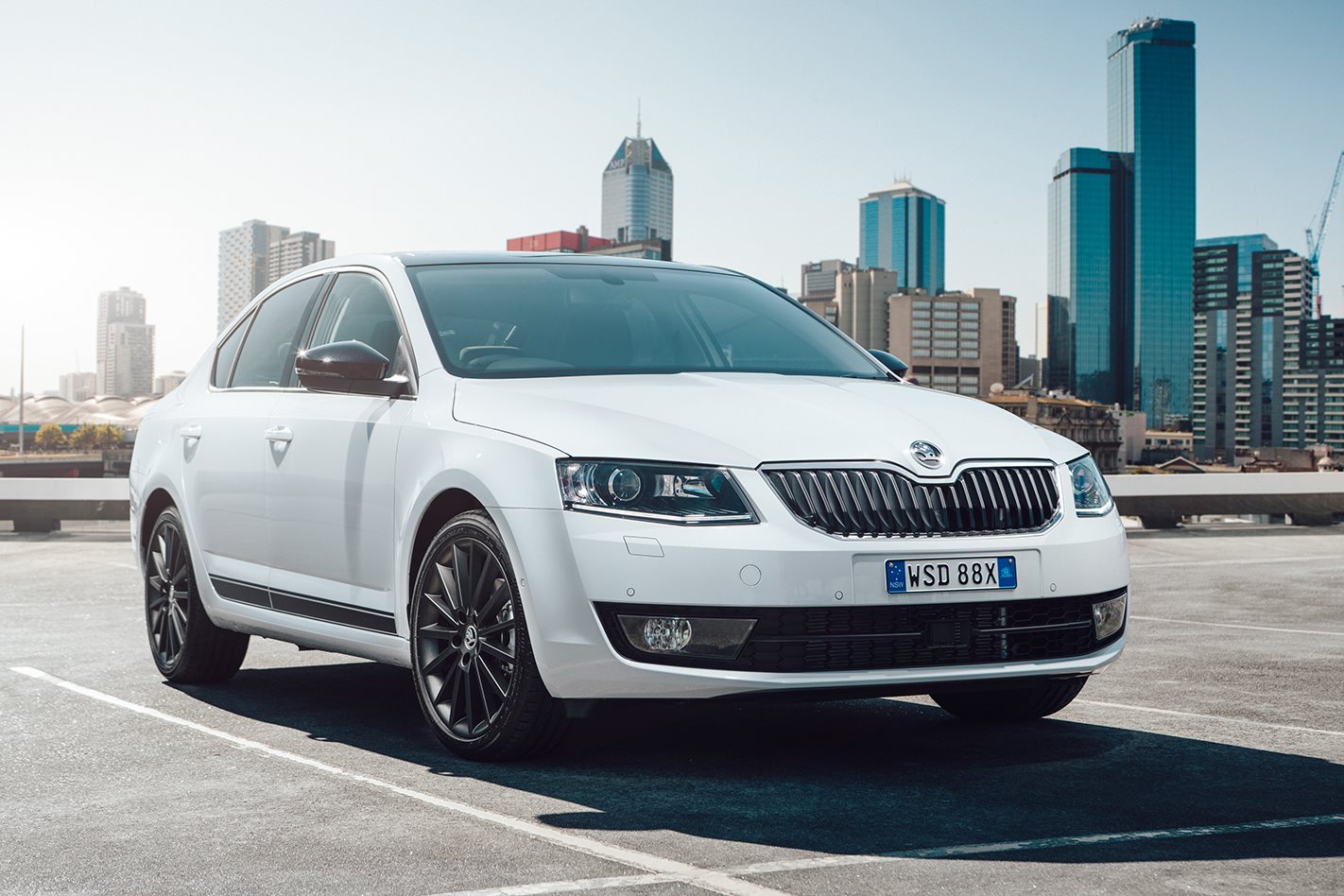 In most parts of the world Skoda is known as Volkswagen’s budget brand, something that gives it a point of differentiation against the cars it shares so many components with (including engines and transmissions).

But Australians don’t go for stripped-out cars, so Skoda has been forced to fight locally with high equipment levels, something that increases prices – in turn diluting one of the key reasons for buying a Skoda over a Volkswagen.

Between that and the relative lack of recognition of the brand sales have been modest, something that has led many to question the longevity of the brand in Australia.

To be fair, Volkswagen locally has stuck with it, although many see the Kodiaq that arrives mid-2017 as a make or break car.

The seven-seat SUV will line up against the likes of the Toyota Kluger and Mazda CX-9.

But Skoda sees the Kodiaq’s European roots as a core appeal. The late-2016 announcement of a five-year warranty also helps in separating Skoda from Volkswagen, among others.

If it works, it could kickstart sales and provide a solid foundation for growth.

“We’ve very confident of breaking the 5000 [sales] barrier and powering out of the niche cul de sac on to the mainstream boulevard,” says spokesman Paul Pottinger.

But if it fails, there will be increased pressure on Skoda’s Australian division. 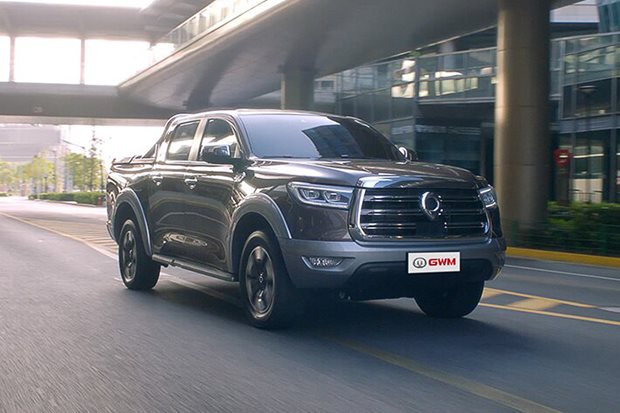 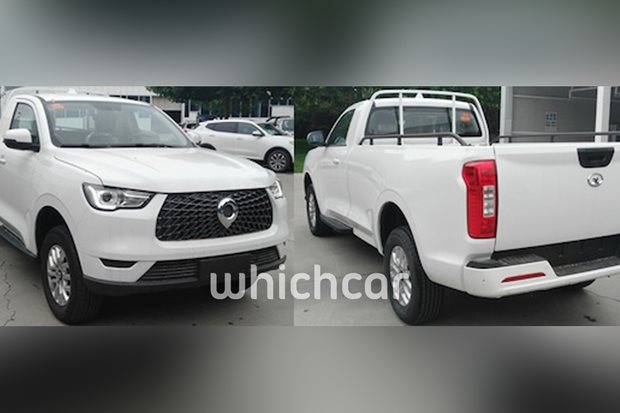