Brabus has done it again, but this time it’s not an unhinged Merc limo or and AMG E63 S with tyre-frying outputs. It’s a Smart Fortwo Cabrio, known as the Brabus 125R.

If you think that’s not enough to have fun with, remember that the original MX-5 only had 85kW and 135Nm, not that we think either are particularly fast. 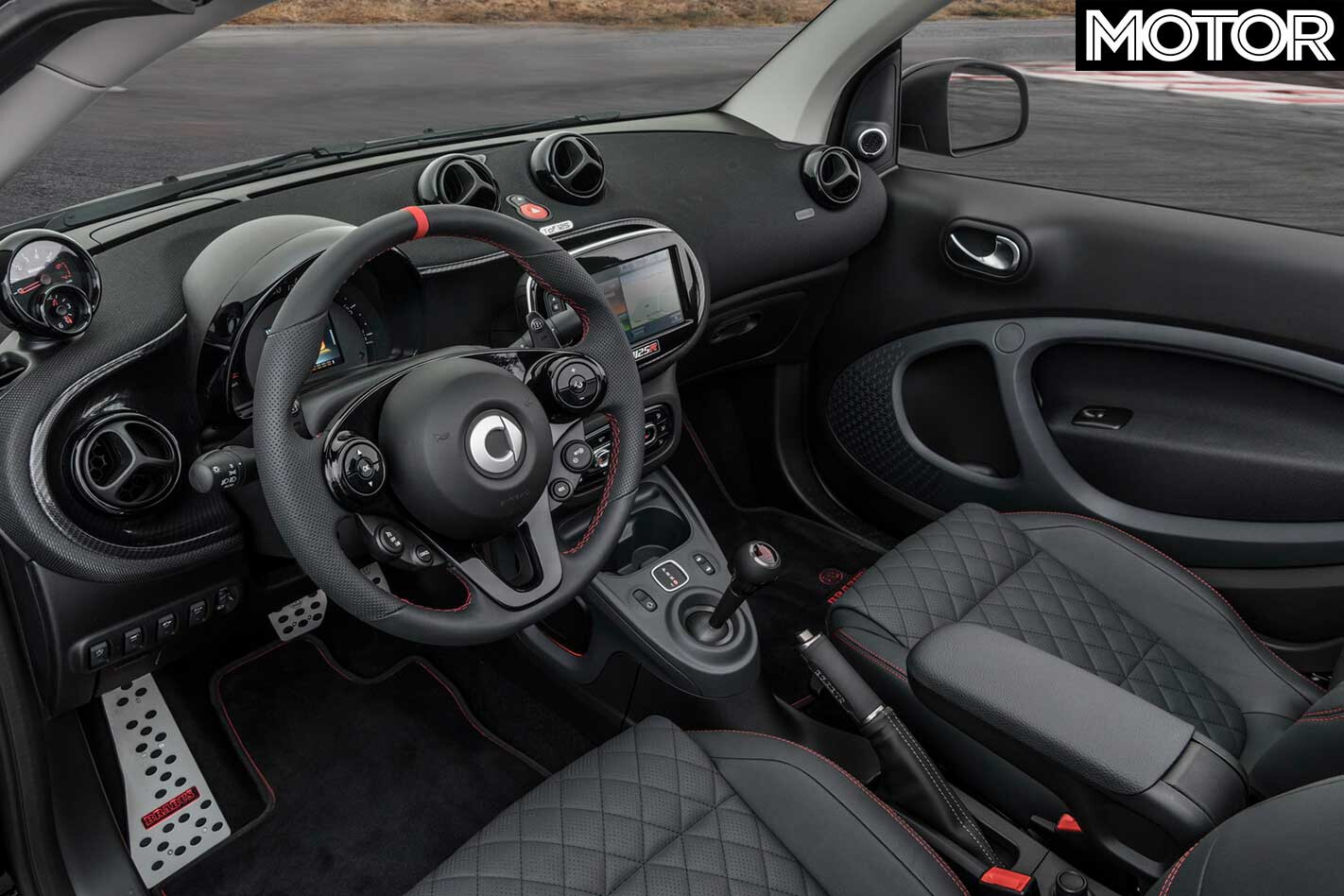 Brabus’ 0-100km/h claim for the Brabus 125R comes in at 9.2 seconds, which suggests the car has put on a few kilos during Brabus’ fiddling – the aforementioned Roadster takes only 8.8sec, and the Brabus is based on a car which only weighed 995kg, or 25kg more.

But a sprint time like that is irrelevant in a car like this, a miniature rear-drive hatch should focus on its composure, so Brabus has sport springs which lower the ride by 30 millimetres, tailored specifically to the wheel and tyre dimensions.

Brabus’ eagerness to portray this car as ‘sporty’ might have gone a step too far however, as in the press material sent to outlset, it describes the dual-clutch gearbox as being able to shift “either automatically or manually like in Formula 1 racing.”

We’d struggle to compare a Smart Fortwo to an F1 car, but that’s just us.