INFINITI is working hard on shaping the look of its future line-up to fit into a world that turns traditional driving, propulsion and ownership values on their heads.

The Japanese sister brand to Nissan is yet to weigh into the realm of autonomous technology and alternative energy, but that hasn’t stopped its design team exploring the possibilities of future vehicles and how they will evolve.

Speaking at the reveal of the new Infiniti QX50 at the Los Angeles motor show, head of design Karim Habib told Wheels that while autonomous and alternative-energy cars would look different – but still attractive – shifting the traditional model of car ownership would not stop drivers caring what a car looked like. 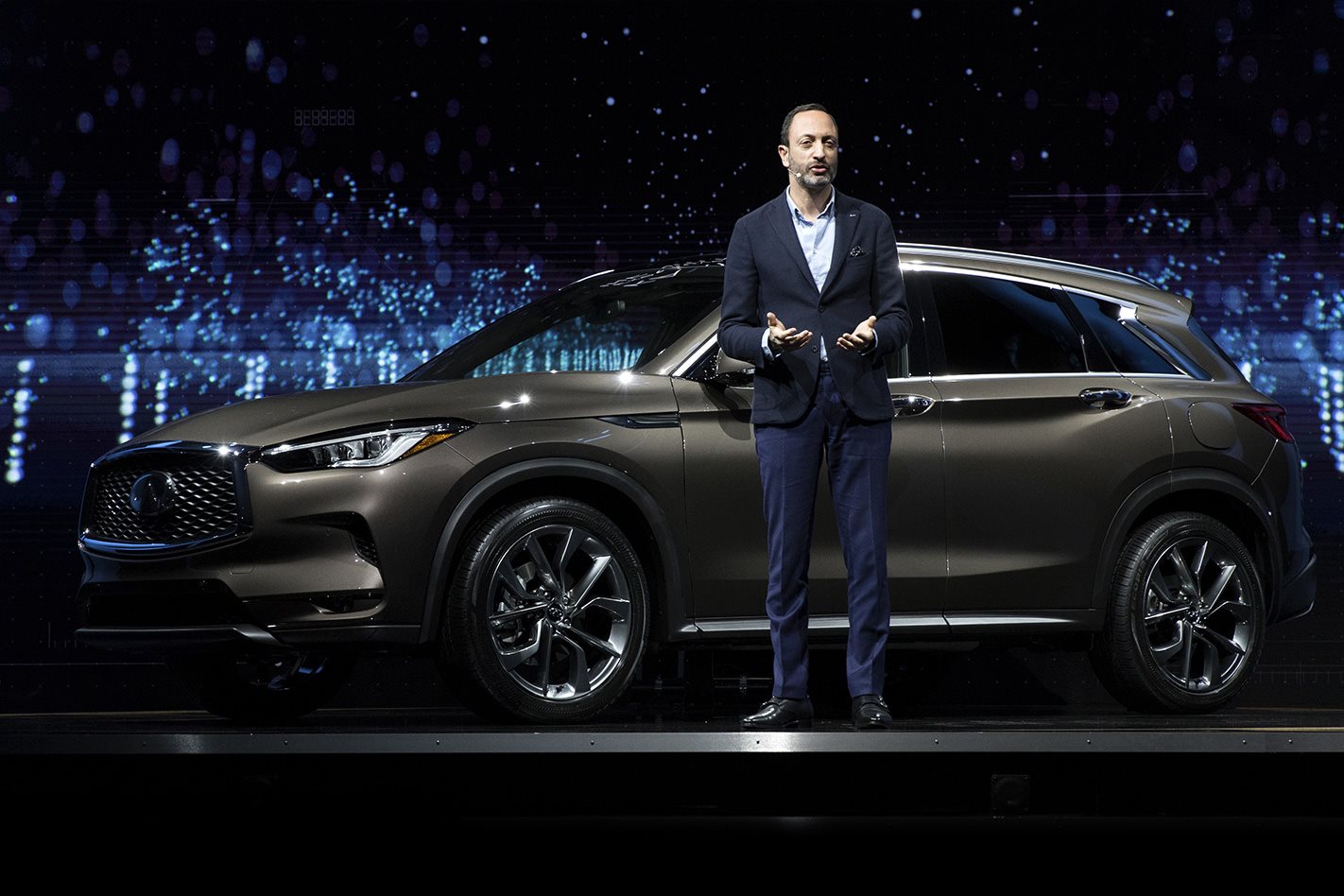 When asked if the car was destined to become another device similar to whitegoods, Habib highlighted the efforts by some manufacturers to market home appliances as desirable.

“You can buy silver aluminium washing machines,” he said.

Habib said the design team was already preparing for the changes that upcoming technology would bring to the automotive landscape. 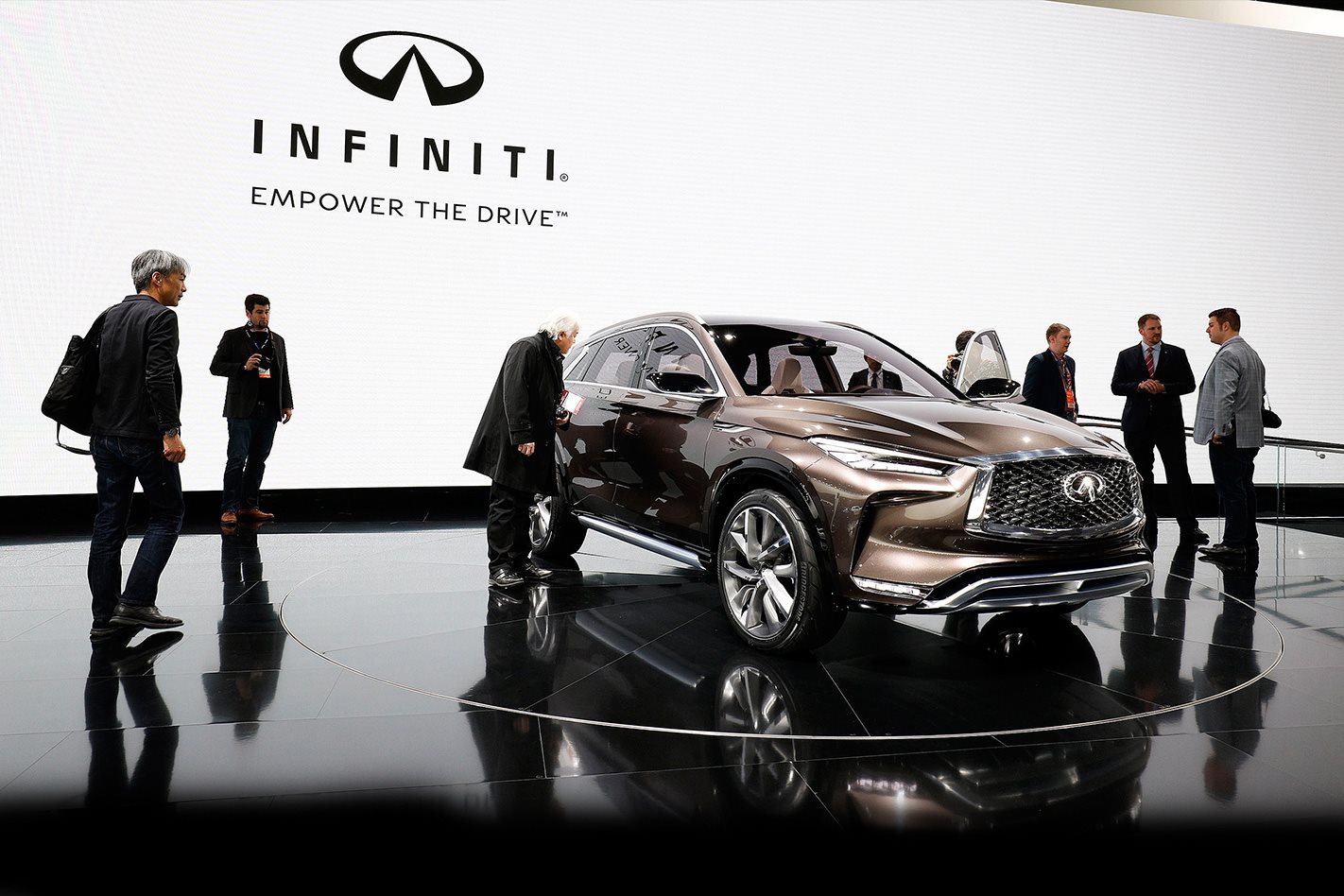 “It’s a big debate right now because there’s two things; autonomous driving is coming but how do you create an experience of a product? Design becomes very important,” he said.

“There’s also the debate about ownership. How much are people really going to own these cars? It’s going to change the way things look and feel.”

But while the idea of a self-driving Infiniti remains a distant fantasy, Habib said the changes were already happening, influenced by emerging driver assistance technology. Using the QX50 as an example, the design chief jokingly described it as wearing “the biggest badge in the history of badges”, but said it was necessary to disguise a large radar sensor for collision mitigation systems.

“Honestly, it’s just the beginning because when it comes to autonomous driving you’re going to have not only radar sensors, you’ll also have laser detection. It’s a big part of what we are figuring out.” 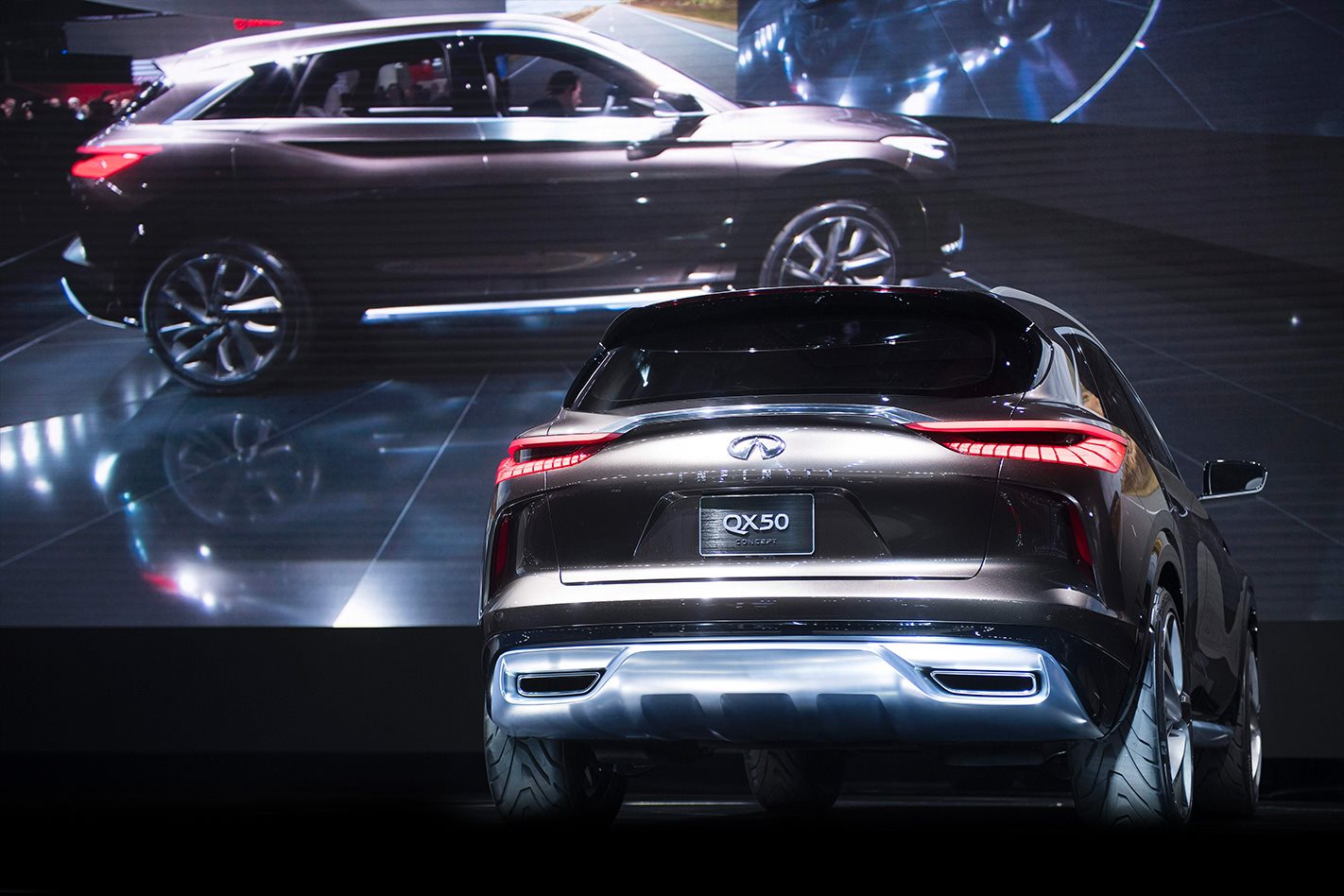 Ultimately, the increasingly sophisticated array of sensors and cameras will herald Infiniti’s first autonomous car, which is one area of internal discussion. However, Habib said it wasn’t the only influence the company was preparing for.

“If we do go to electrified vehicles, there are certain things you can do differently if you don’t have an engine in the front.

“A really important part of the interior architecture is the heating and cooling. It’s a huge piece in the dashboard. If you can get rid of that it’s the Holy Grail for interior designers.

“If you have no tunnel (transmission), the feeling of space inside is changed.” 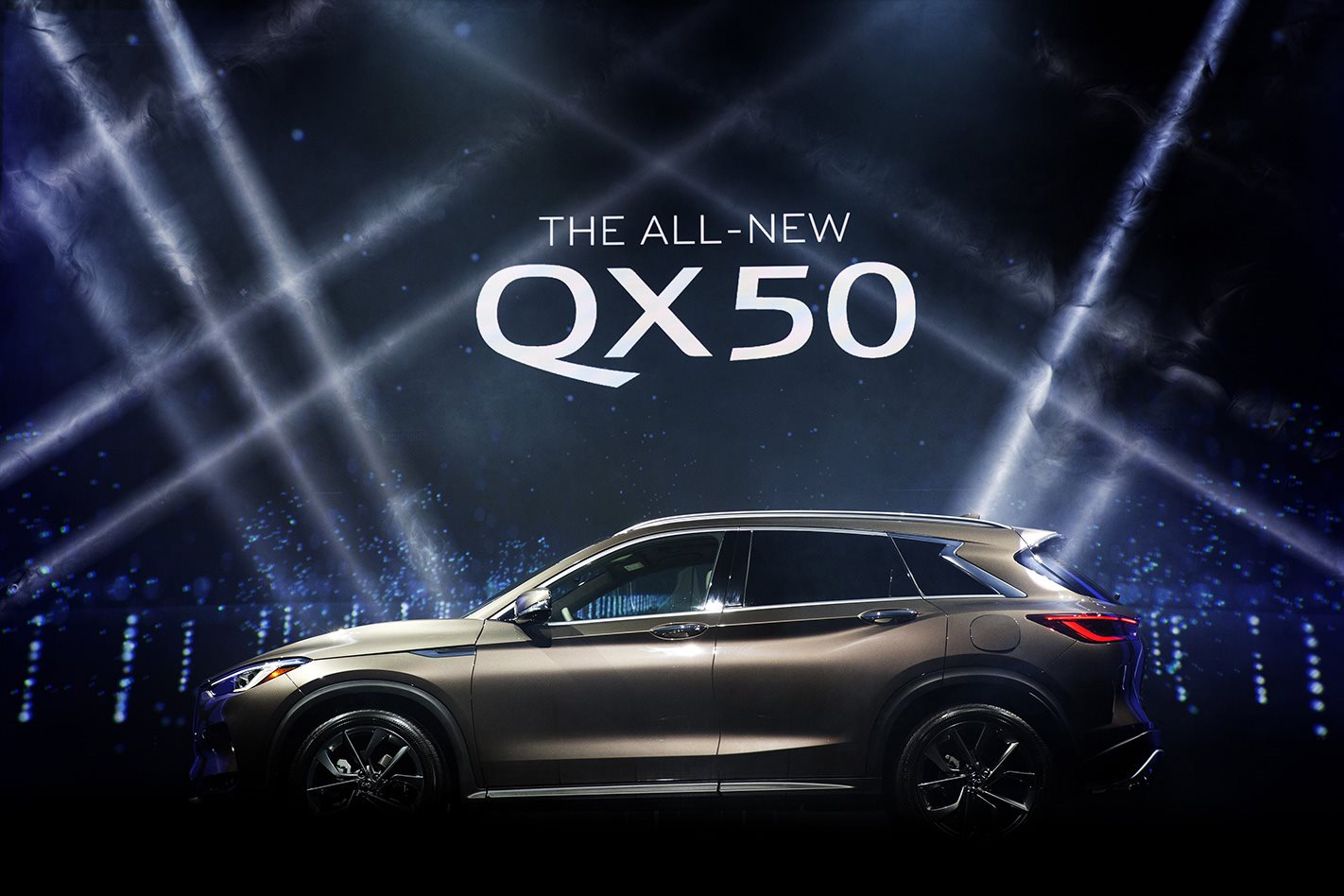 Another possibility is that more people will opt to not own a vehicle outright, instead replacing a car in the driveway with emerging car sharing programs where a single vehicle is used by many individuals to drive down the cost and inconvenience of ownership.

Whatever the self-driving, communal and electric Infiniti of the future looks like, Habib reassured fans of the brand that the company would continue to produce vehicles with polarising and unusual aesthetics.

“We are 30-years old and it’s a brand that has had the courage to try very different things I think it’s in the DNA of the brand to take risks. There’s a need for familiarity but there’s a need for beauty.”