The A-Z of everything that made news this week

In case you missed it, there was a motor show in Detroit this week.

If you haven’t been keeping up to date with the news, fear not, we’ve collated the highlights for you below.

Roofless version of the 4C keeps everything that’s great about the coupe and adds open-top thrills and a far prettier face, courtesy of replacing the hardtop’s awful arachnid eyes with proper headlights.

Big news for Bentley was the naming of its forthcoming SUV, now confirmed as the Bentayga. Nope, we don’t know what it means either. Elsewhere on the stand were the gloriously excessive 395kW/1100Nm Mulsanne Speed and 467kW/823Nm Continental GTC Speed.

Nothing much to see here, with the facelifted 6-Series – design tweaks, more kit, revised interior – its show highlight.

Not a brand that makes news in Australia often, but the new Avenir Concept was designed and built right here in Australia.

A huge offering from Ford, who was arguably the star of the show. Headline news was of course the new GT supercar, which Ford successfully kept (mostly) under wraps until it rolled out onto the stage, no mean feat in this digital age.

And the hits just kept coming with the track-focused Shelby GT350R and new Ford F150 Raptor, the first evidence of Ford’s new performance push, the Blue Oval aiming to release 12 new performance cars between now and 2020.

No Holden vehicles at Detroit, obviously, but plenty of praise from GM big-wigs about Holden’s importance once manufacturing ceases in 2017. The good news for performance fans is the confirmation of a V8-powered Holden sports car post-2017.

At long last Honda provided us with a production version of the NSX. Developed and built in the US, the twin-turbo V6 hybrid supercar is once again out to embarrass Ferrari, though it’ll have a much tougher job of it than last time around.

In such a packed show, it’s lucky Infiniti teased its Q60 Concept early, otherwise it would have been completely overshadowed. A replacement for the ageing current Q60 (nee G37), it looks great and is powered by a twin-turbo V6. It can’t come soon enough for Infiniti’s ailing local arm.

News from Jaguar was the naming of its forthcoming SUV, based on the C-X17 concept car. It’s been dubbed the F-Pace; we would’ve stuck with C-X17, personally.

Another manufacturer that got in early, Lexus unveiled its GS F, complete with tasty naturally-aspirated V8 in the nose. It’ll undercut its German rivals on price, but will it offer a competitive driving experience?

A quiet stand at Maserati, though the Alfieri sports car concept is always worth another look. The F-Type competitor will arrive in 2016 with turbocharged V6 power.

Mercedes waged into the Coupe-SUV war with its GLE Coupe range. Armed with 430kW/760Nm, the GLE63 will be one fearsomely fast off-roader when it lands locally later this year.

Another show, another 911 variant revealed. This time Porsche has given its Targa the GTS treatment, though creating a performance-focused version of its least focused variant (in terms of hardcore driving at least) does seem a bit redundant. Likely to be a nice thing, but probably not the 911 we’d pick. 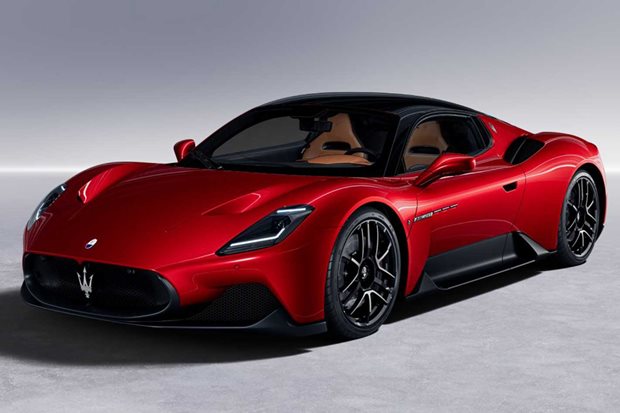 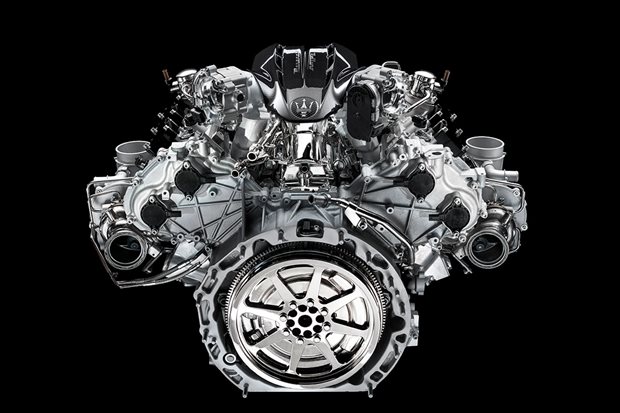 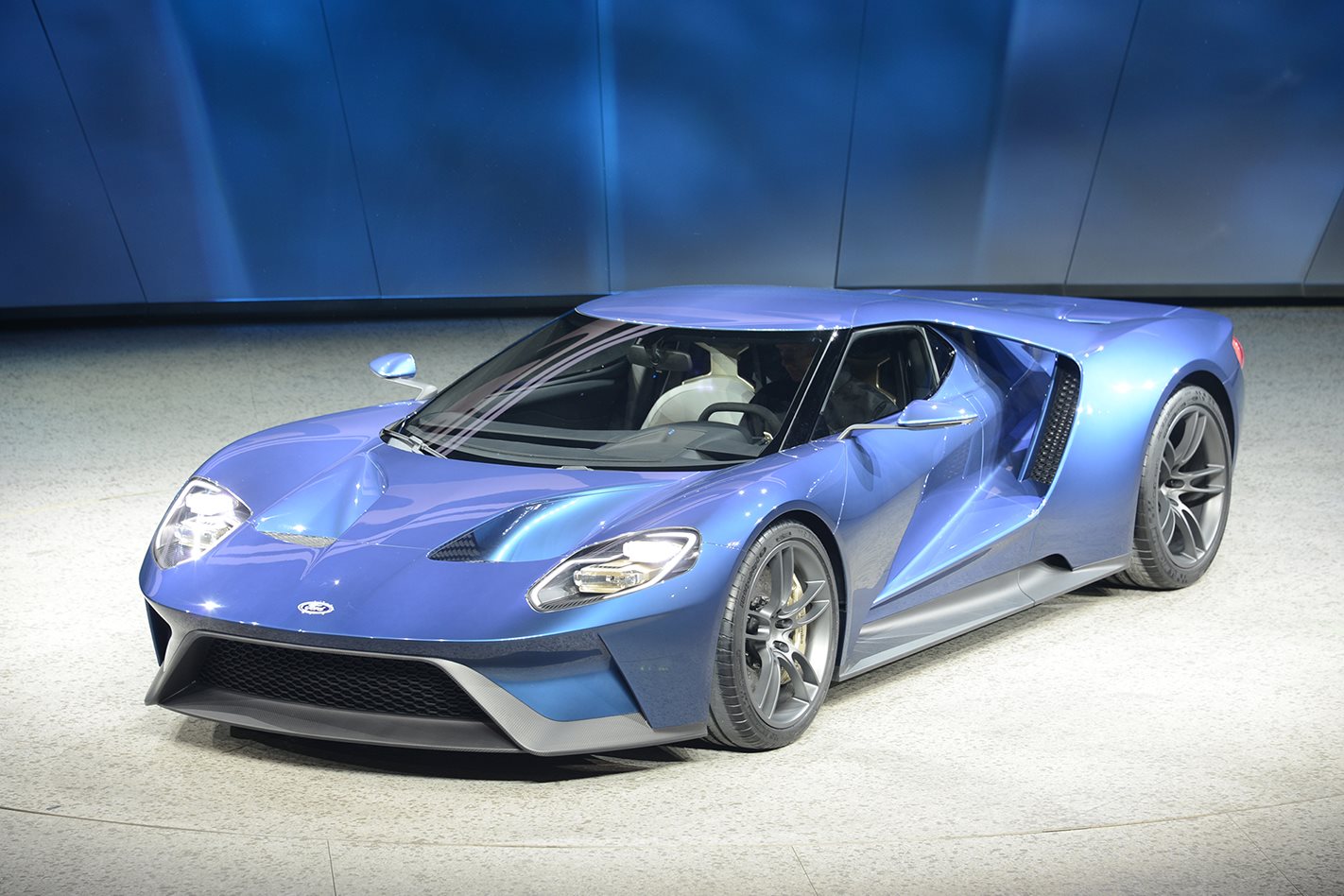 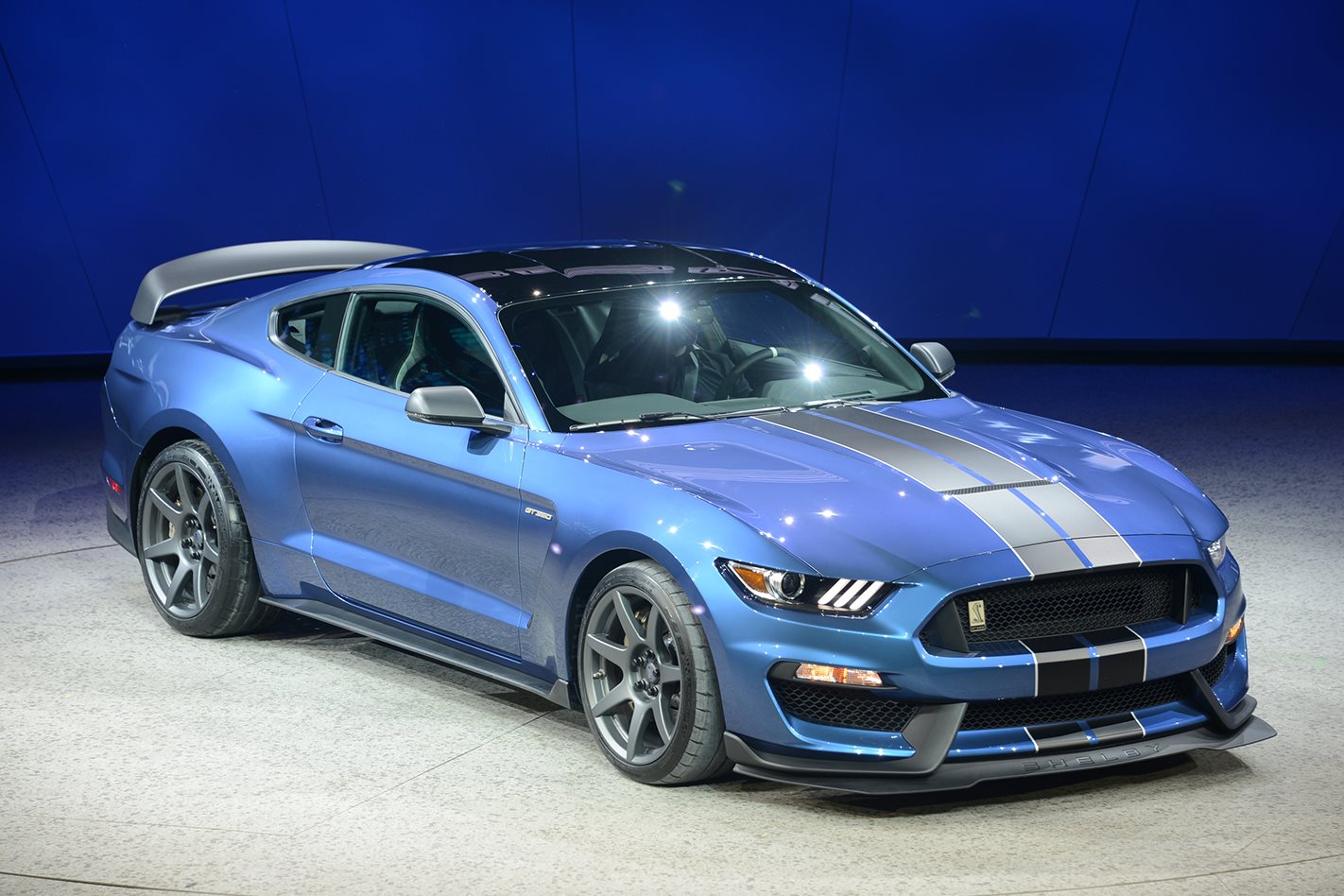 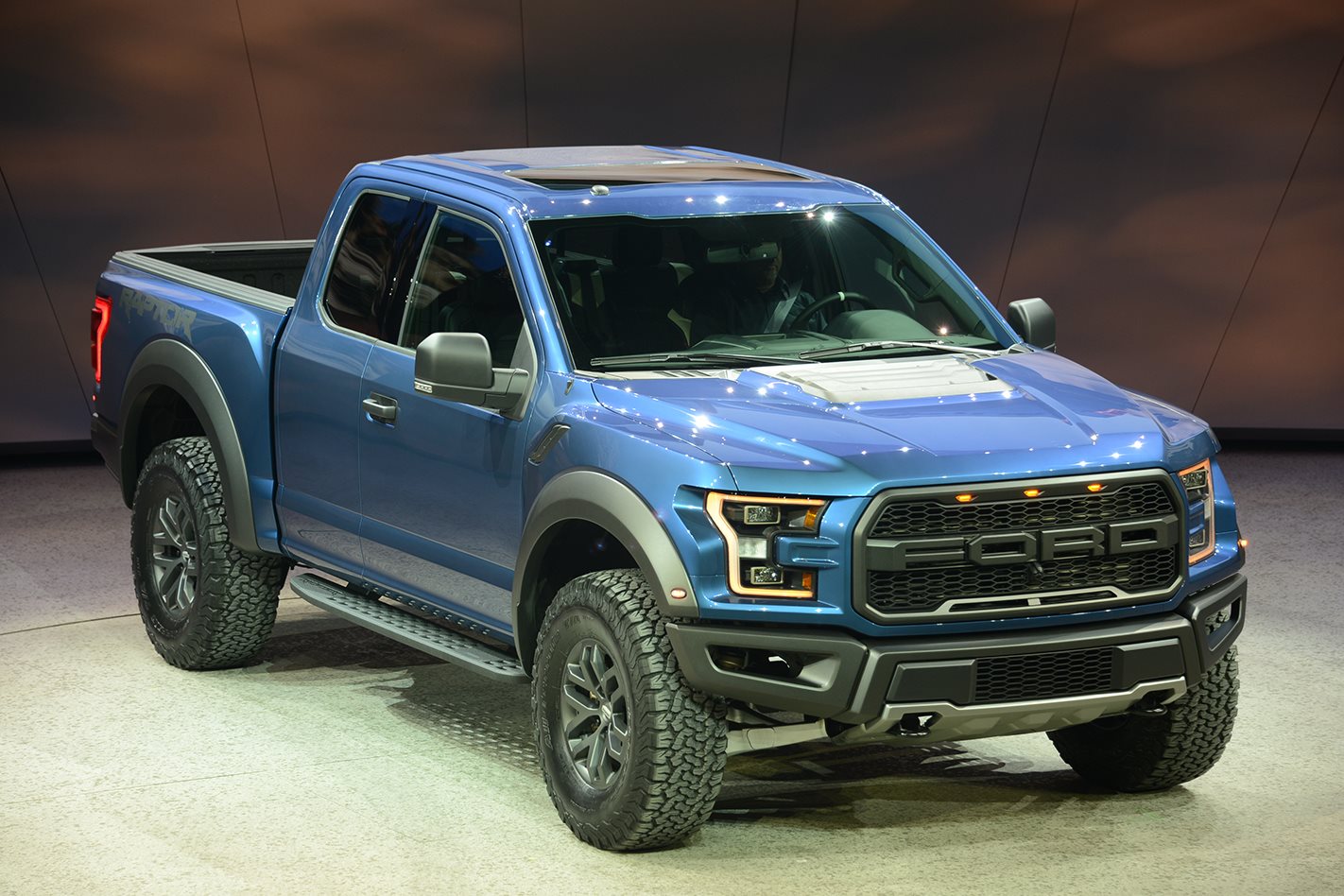 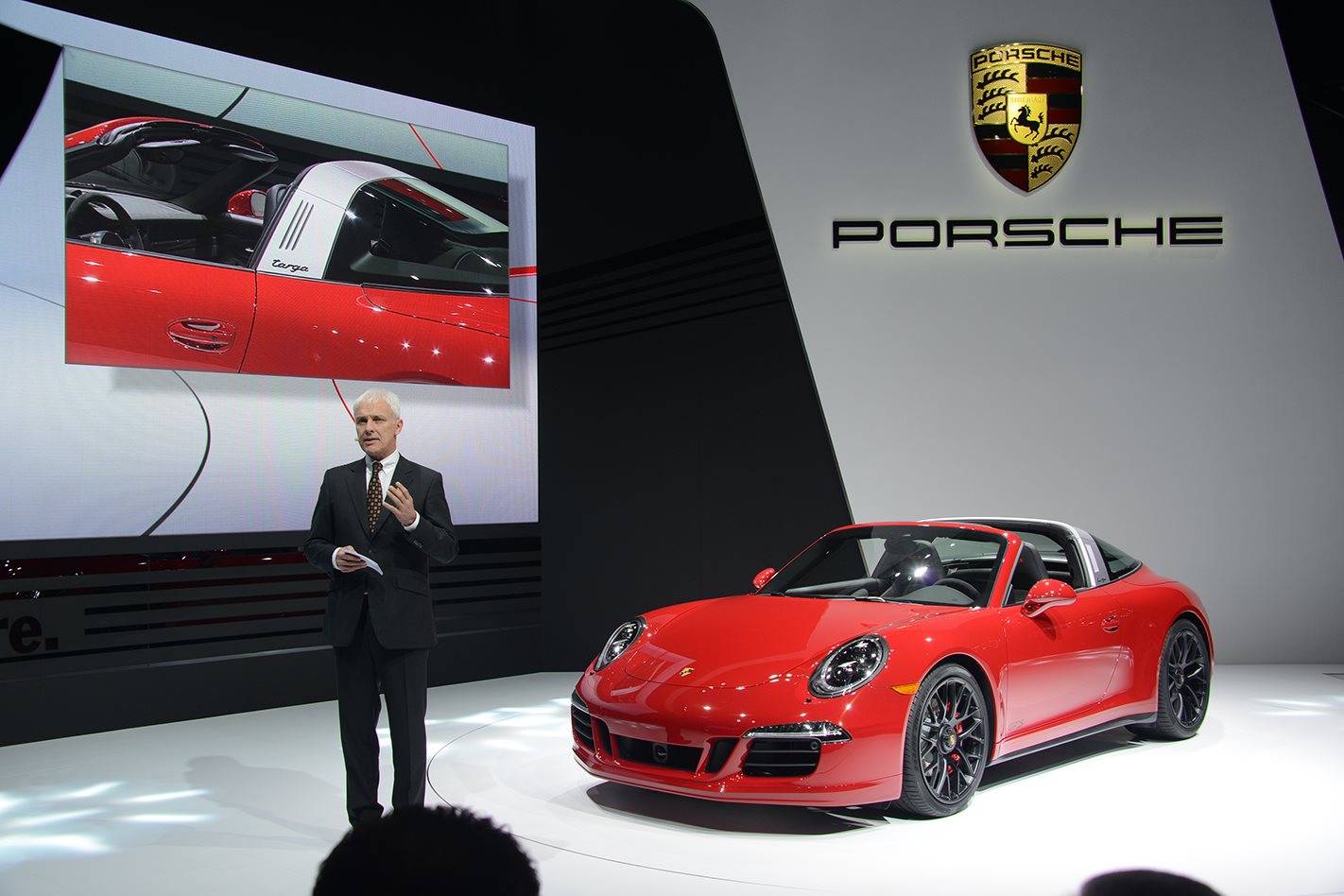 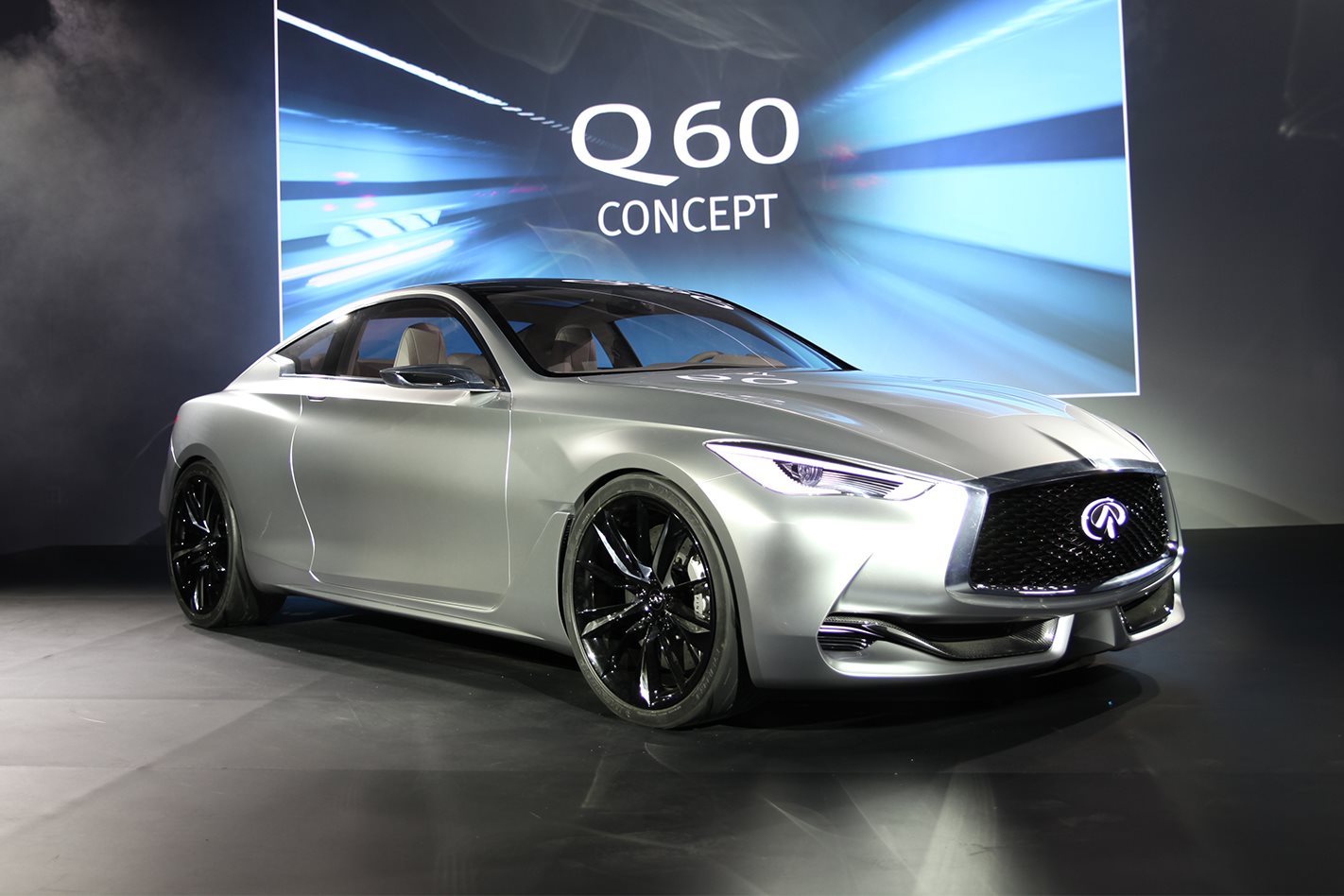 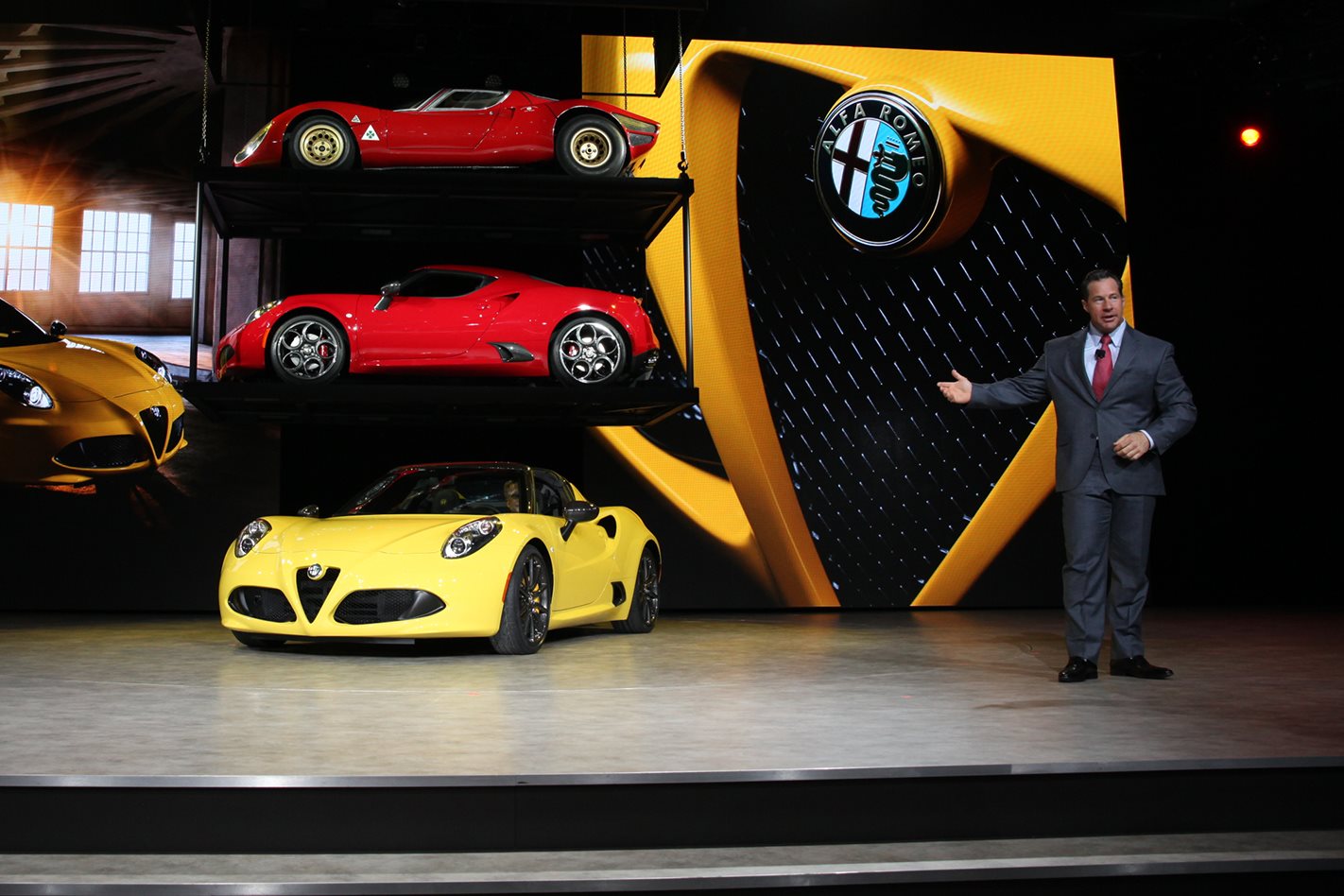 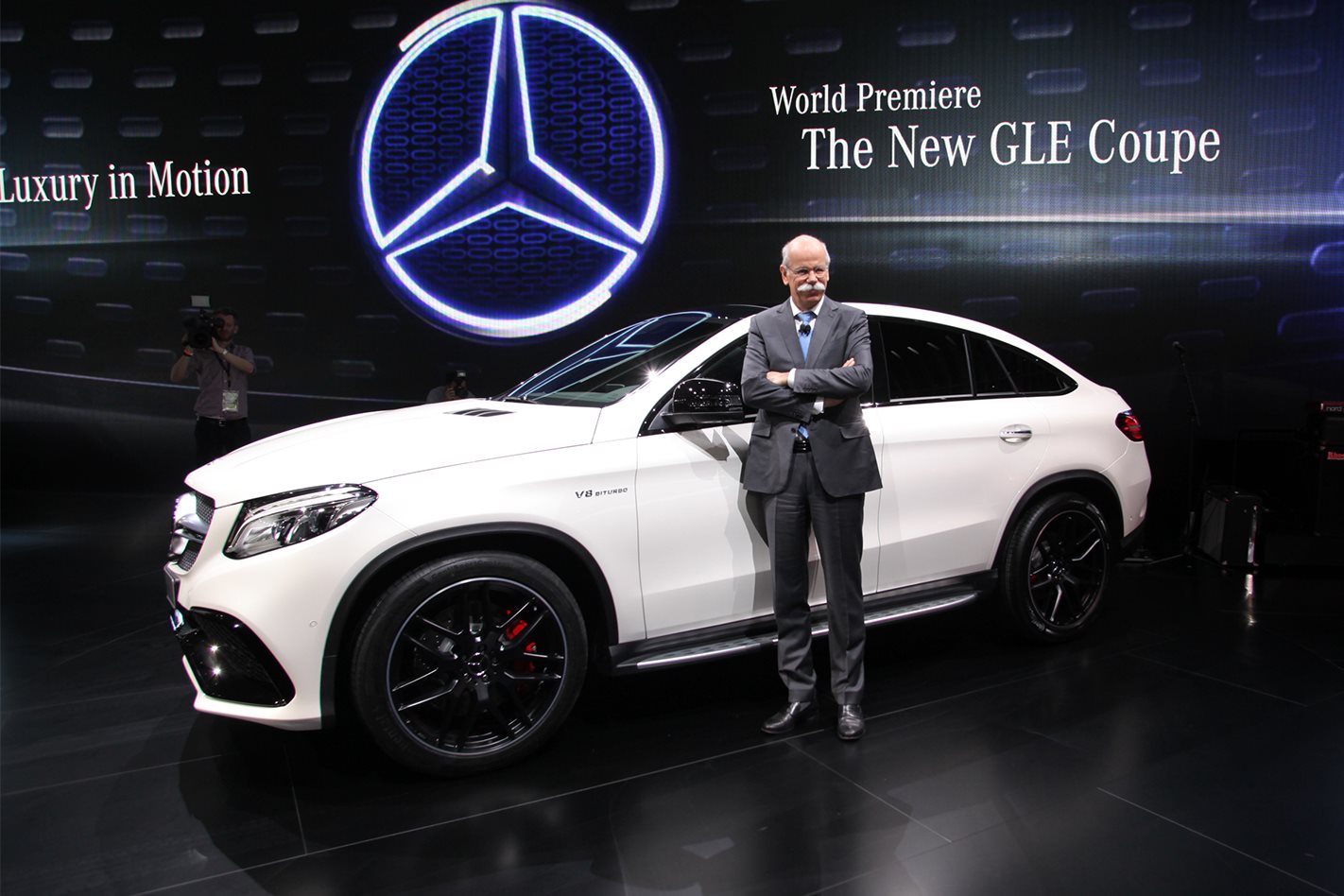 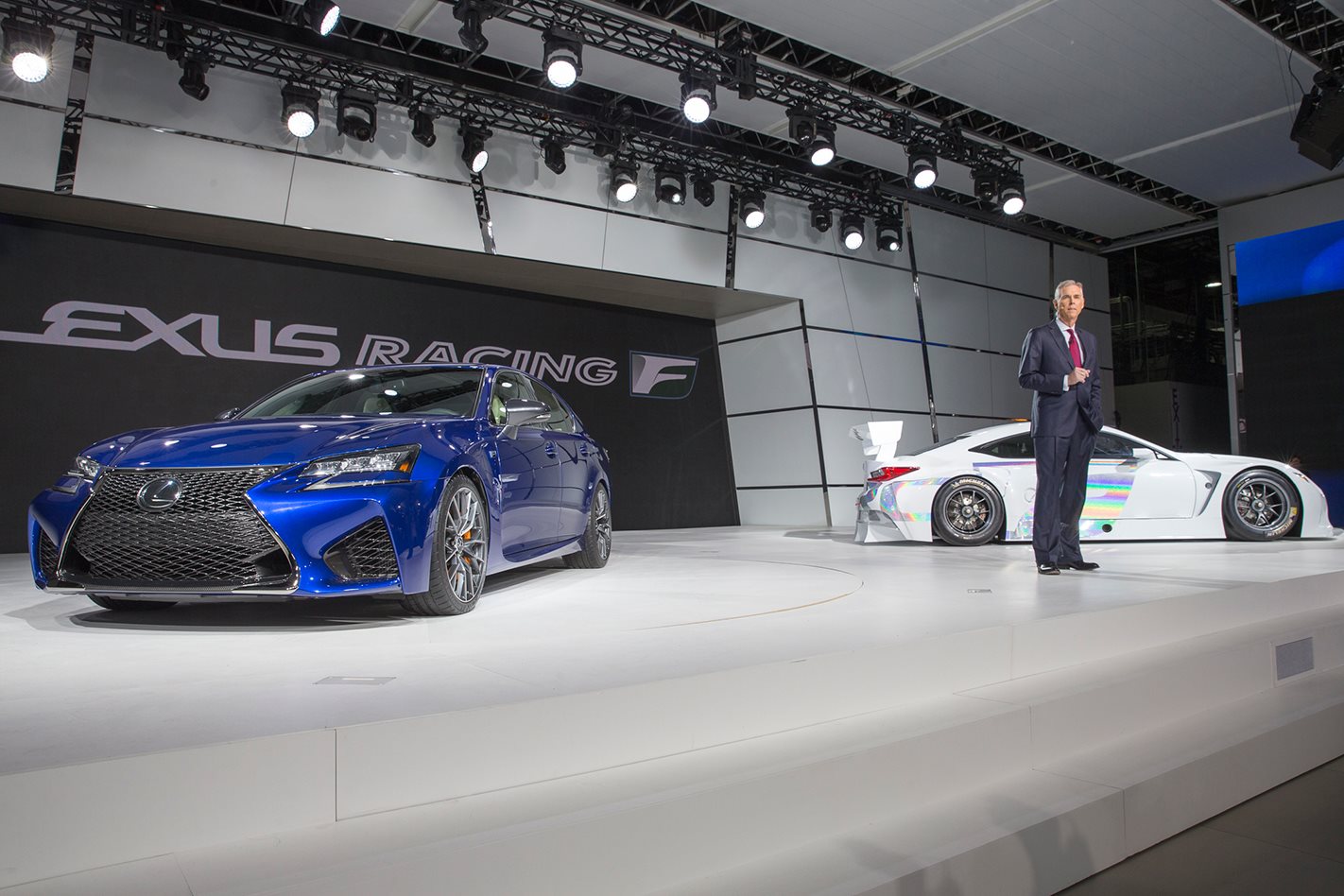 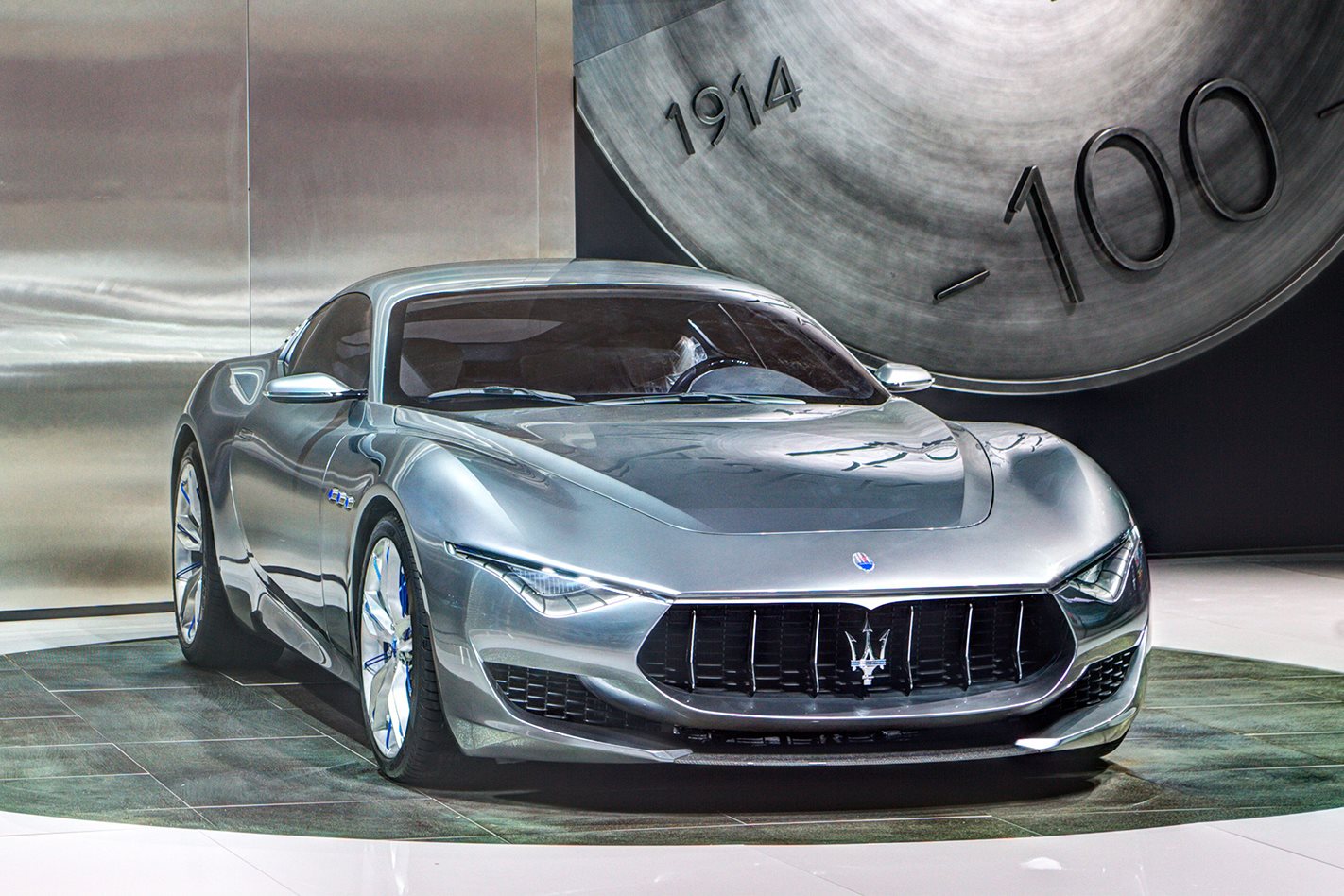 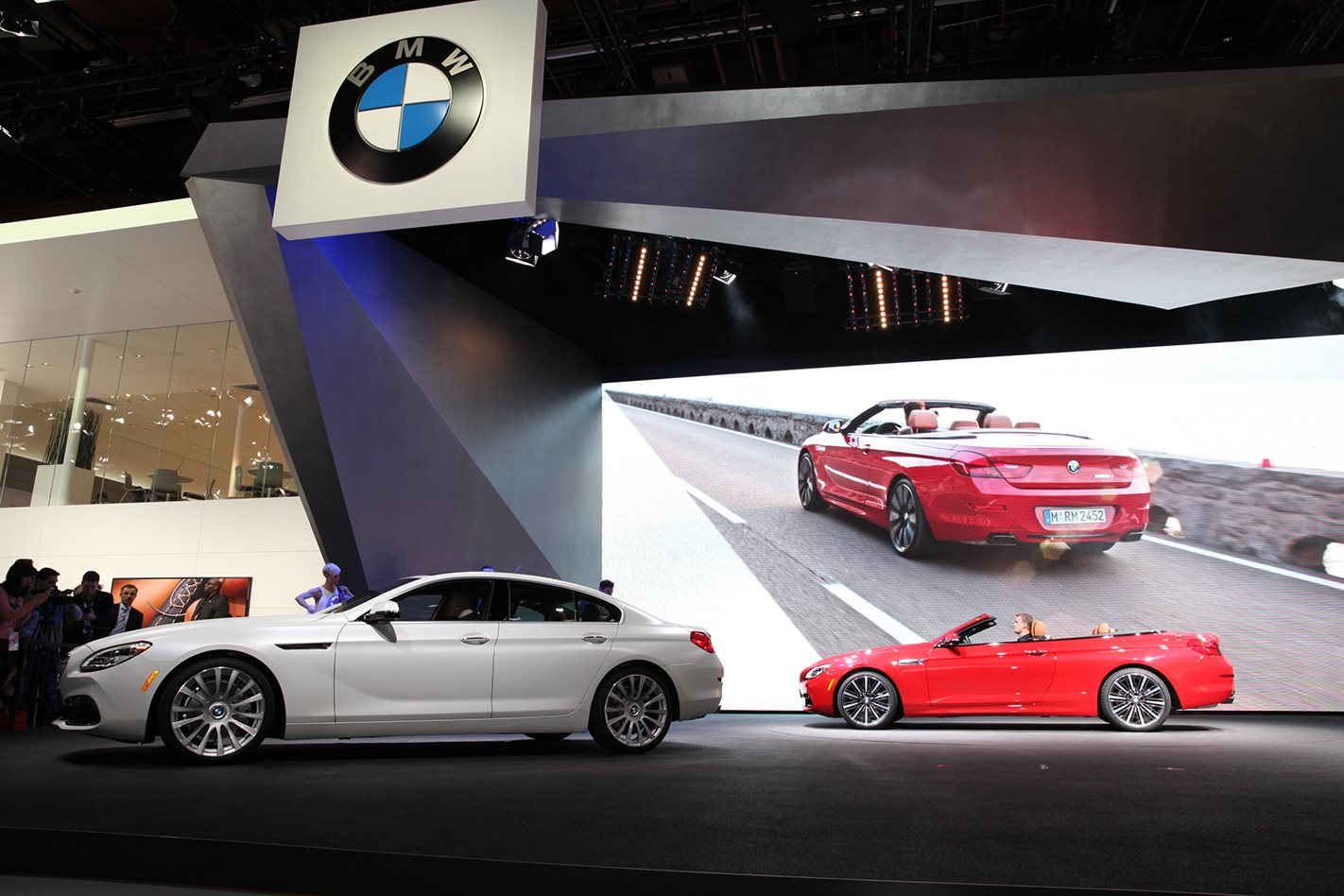