MERCEDES-AMG has given the world one last tease of its $4 million Project One supercar that blends Formula One technology into a car that should be able to pop down the street for a carton of milk as it can smashing lap records at the local racetrack.

This time, though, the German luxury car maker has shown the rear of the Project One, teasing what look to be triple LED tail lights framing a single exhaust with two smaller outlets below it, wild air intakes and shark gill-like louvres over the rear-mounted engine bay, and the hint of a deep infuser that will help to suck the supercar down onto the road.

The release of the image also comes with confirmation the 1.6-litre F1-honed turbocharged hybrid engine, which will spin to 11,000rpm, will push the Project One beyond a vmax of 250km/h. The car is believed to use four electric motors -- one is used to drive the turbocharger -- while the engine allegedly has a thermal efficiency reaching beyond 40 percent, potentially placing it ahead of Toyota's claimed efficiency for its 1.8-litre engine used in the Toyota Prius. 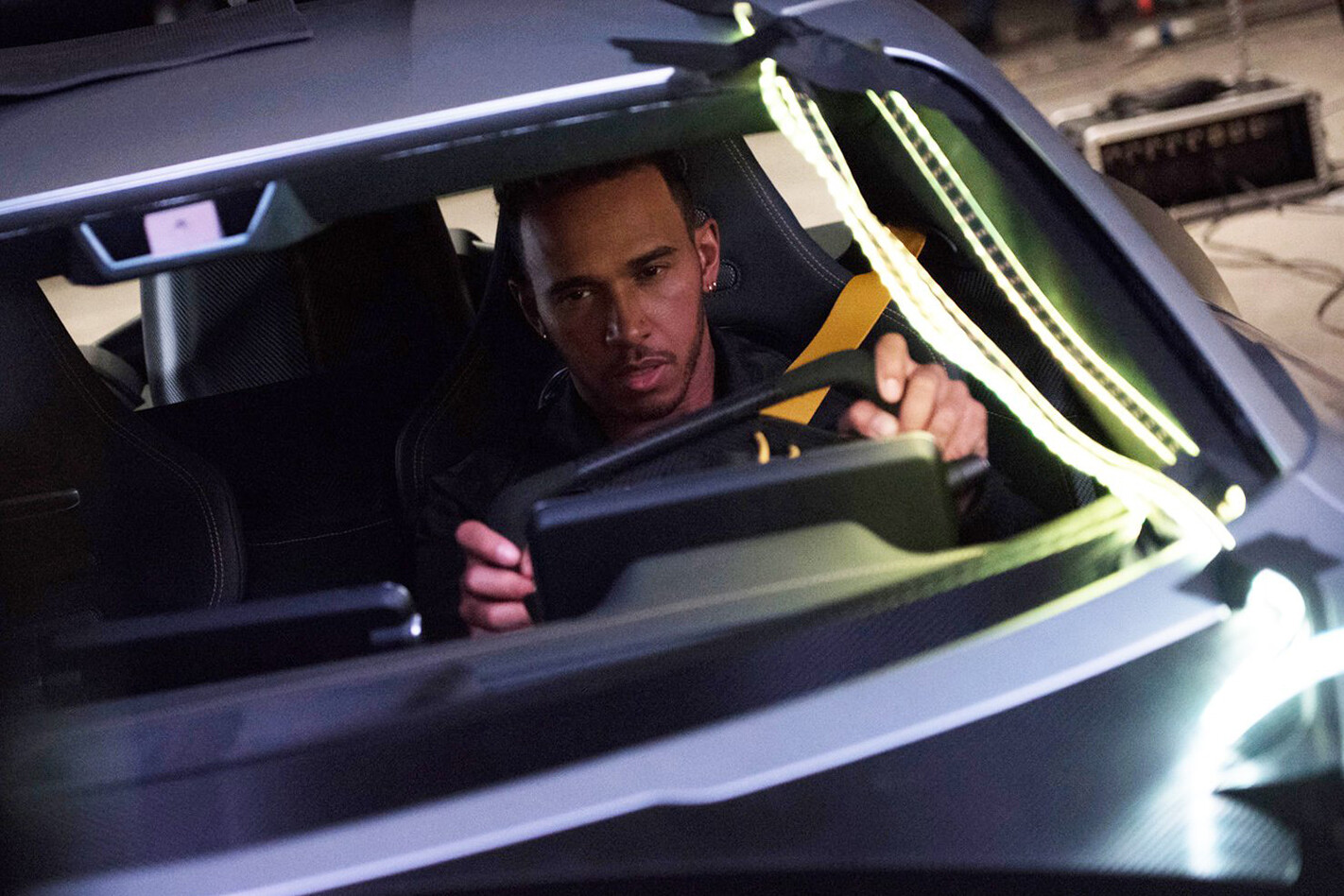 Mercedes F1 driver and current drivers' championship leader Lewis Hamilton, has also teased the supercar, posting an image of himself behind the wheel of what looks like the Project One. It appears to have a rectangular steering wheel, tombstone-style side-by-side front seats and a digital dash mounted directly in front of the driver. There appears to be no rear-vision mirror, either, but that's something of a given seeing as the teaser image shows the Project One has no rear window.

The Project One is a collaborative effort between Mercedes-AMG and its UK-based F1 race team.