“We will never build a Googlebox, a shitty car”

PHILIPPE Imperato is just getting warmed up. “We would never make a stand alone electric car. Never,” he booms.

“I. Sell. A. Peugeot”, he says, stabbing his forefinger for emphasis. “I spend hundreds of billions in energy of design to provide something, I hope, sexy. I will not waste that selling you a Googlebox, a shitty car. I must have fun.”

Read next: 2018 Paris Motor Show: what we can expect

Perhaps he's a bit peeved at watching crowds flock to Renault's stand opposite this year where what might be described as Googleboxes, the EZ-Go concept and EZ-Pro shoebox, seem to be attracting a fair portion of the limelight. One thing's for sure, when you light the blue touch paper with Peugeot's firebrand CEO, it's best to stand well back.

“We don't want to bored at Peugeot. That is not part of our DNA,” he says. “When we see some of our competitors, illustrating the change in time with Star Wars, Alien, Space Odyssey, we don't want to have this anxiety vis a vis the future. We want serenity, pleasure and simplicity.”

Those three themes are woven throughout his always entertaining 45 minute state of the union address, tucked away in a stifling room in the bowels of the Paris Show.

“You want to hear about serenity? We have 208 years of history. We have seen and gone through technological and political revolutions and we are writing the next 200 years ahead of us. Technology is not an issue,” he blusters.

“When all the European countries in Europe had to register the cars, we had no inventory problem.”

This future proofing and planning ahead is something he takes very seriously.

“Pleasure is important. Our passion for cars doesn't disappear with electric or autonomous cars,” he continues

“The E-Legende [Peugeot's showstopping 504 Coupe electric tribute] is not seven metres long, it's not like a train car, no rotating seats; it's a real object, a realistic, desirable object.

“We could produce it if we wanted to. I would dream of a car like that. It's elegant, it combines our history with all the features of French high end craft and at the same time you have all the technology related to autonomy and connectivity,” he adds.

Pausing for a moment he smiles. “You want to go on living pleasurable experiences in the future.”

But what of simplicity, something the Peugeot has, for quite some time, seemed notably short on.

“Simplicity – you know about NEDC, WLTP – this is something journalists read about every morning. But the market? No. The market doesn't understand, the sales people don't understand,” he says.

“Wherever you come from whatever your personal convictions, at Peugeot we have a simple answer for you. Buy a Peugeot and you just choose your powertrain, petrol, diesel, hybrid, electric. All available to end of 2019.

Managing the brands under the PSA umbrella requires a certain staking out of territory. Imperato expounds on the differences between marques.

“Citroen is a much more people-minded brand, inspired by you. DS is building the road to premium. This is a 30 year battle, starting in 2015. Opel; German affordable brand. Completely different, and I would say it is complementary. These guys, Opel/Vauxhall are very strong in UK, I am weak, to be clear. I am very strong in France and Spain, they are weak. But the differences between the brands exists now. Each brand in this group has its own design territory; product matrix I would say.

“For Peugeot, I would say, nobody touches i-Cockpit. Second point is Peugeot lighting. Third point is road handling. Each brand has developed three to four key product matrices and the R&D department is developing that in order to have the complete coverage of the maximum of countries. Opel has clear territory for their brand. It is not the French that will compete with that. So many countries just want German brands. OK, no problem. I will not go there. We do not want to waste money and waste resources. Peugeot can be free to go to other countries.”

When asked when he envisages EVs and PHEVs will outsell conventional combustion-powered cars, he's frank with his response.

Interview: Gilles Vidal, the Peugeot designer who wants to do away with your dashboard

“I don't know,” he deadpans. “It depends on so many factors. Regulation, plugs, total cost of technology. The day that Paris says you cannot enter with any ICE car, you will be entering with electric. But the rhythm will not be the same between countries and city. Everything is linked to CO2 and diesel mix. We have a 38 percent diesel mix in Europe. We wrote three [future] scenarios, with 30, 20 and 10 percent diesel mixes and we adapt commercial strategy and industrial footprint to these scenarios.

“PSA has not stopped developing diesel. We are putting our weight behind EV and hybrid, but the only guy stopping diesel is the customer. In North Africa you must sell diesel. Light commercial vehicle, you must buy diesel. We are maintaining a high level of technology because diesel is very important for us. Regulation or the customer – they are the only ones who decide. We will be ready. We are selling Peugeot, not selling powertrains.

“We have the chance to have a modular strategy. We forecast 10 percent EV, 20 percent hybrid in the coming 5 years. It will be disruptive. Don't expect the trend will be like this (flat line). You can switch from nothing to mainstream in months and we will be ready because we are modular. We are ready to go the way the customer goes and the regulation goes. We will adapt our industrial footprint in order to cope with that. We will be compliant. As Peugeot, we will be compliant without any trade off between pollution and profitability. I want to be very clear on that. It's like autonomy. I will never accept to kill anybody making marketing.

“So, to be compliant, I will never organise any tradeoff between EV and pollution. I will never accept to lose 20k Euros per car to give you an EV for free in order to finance bad boys with 200 or 300g/km emissions. Nobody would understand that I would make money polluting the planet. It couldn't be explainable to anyone in Europe. We will fight to catch TCO (total cost of ownership) on electric that is on the same level as diesel first and second, that we will have to monitor our CO2 each day.” he says. While this fixation on CO2 might seem obsessive to the average Australian buyer, when key models like the new 508 will sell around 80 percent of their volumes to fleets and the company gets fined for every gramme of carbon dioxide over fleet averages, it's serious business.

Despite all this gimlet-eyed talk of total cost of ownership and carbon emissions data, Imperato hasn't lost sight of what Peugeot has been and needs to continue to be. “We will not forget the performance powertrain, BUT, at the same time I will not sell bad boys compensated by EV versions. We will first cope with the 2020 threshold and at the same time develop hybrid or EV performance solutions. 93, 92, 91 grammes by 2020, therefore we put on the table what is the Peugeot of sporting performance,” he says. “We want to have pleasure driving. I'm proud of our history. I entered this company some years ago because of the 205 GTI 1.9.” That still needs to be tempered with realism and a little ambition.

“I'm not premium. I'm top mainstream. What is my benchmark? I want the pricing of Volkswagen and the volumes of Renault, to be clear.” 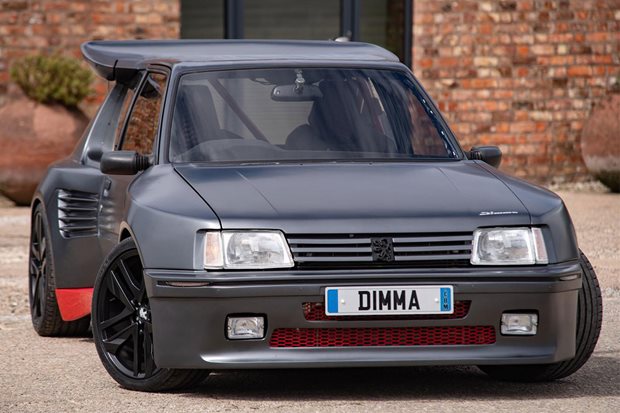 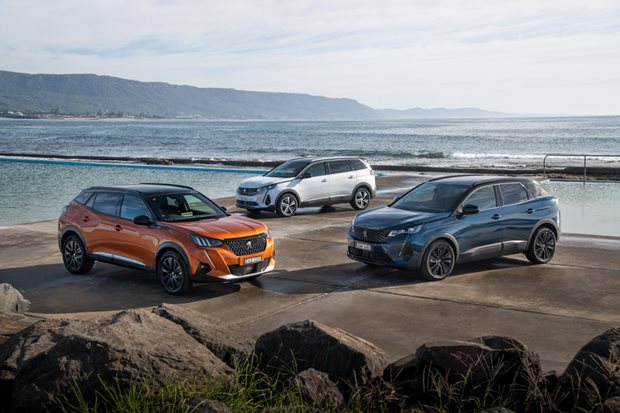