NISSAN has pulled the covers off the IMx concept, a high-riding electric SUV it reckons one day will be capable of driving 600km before needing a recharge, and able to stow the steering wheel mid-journey.

Underneath it sits Nissan’s new “B” EV platform, potentially shared with the new Nissan Leaf due on sale here later this year, and the upcoming Renault Zoe. The platform’s battery pack is sandwiched underneath the IMx, allowing Nissan to build what it claims is a “cavernous” cabin and “enhanced driving dynamics”.

It will need pretty sharp dynamics, too. Dual electric motors, mounted at the front and rear of the Nissan GT-R-esque soft-roader, are estimated to produce 320kW and 700Nm of torque from the high-capacity battery that’s been reimagined to increase its energy density using technology yet to be locked in. 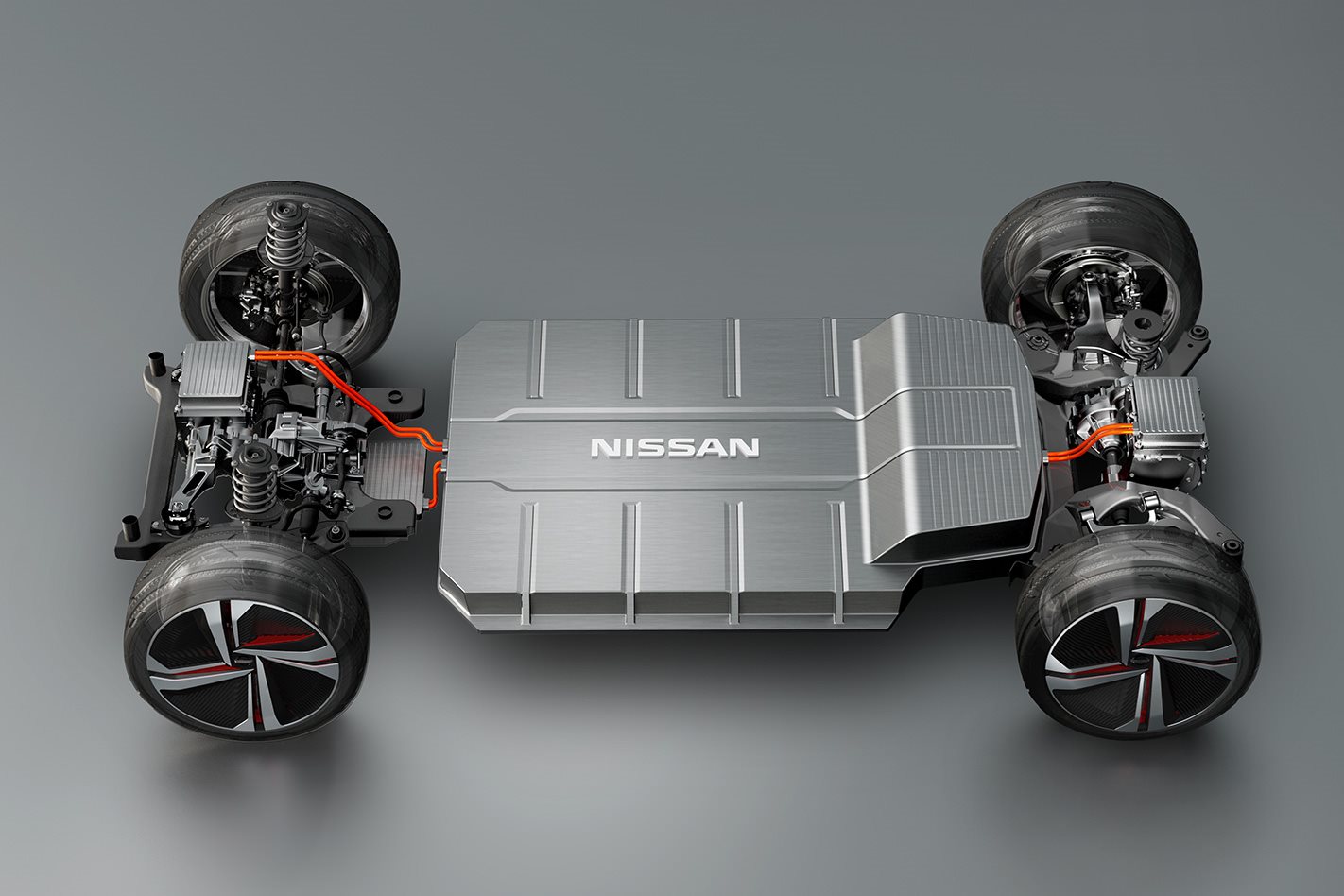 But the IMx’s party trick is a steering wheel that disappears into the dashboard when it’s not needed. That’s potentially quite often, with the Nissan-badged concept adopting the cutting edge of the Japanese car maker’s continually evolving ProPilot autonomous technology.

“When ProPILOT drive mode is selected, the system stows the steering wheel inside the dashboard and reclines all seats, giving the driver more space and allowing the vehicle's occupants to relax and enjoy their commute,” Nissan said.

“When manual drive mode is selected, the vehicle returns the steering wheel and seats to their original position, seamlessly transferring control back to the driver.” 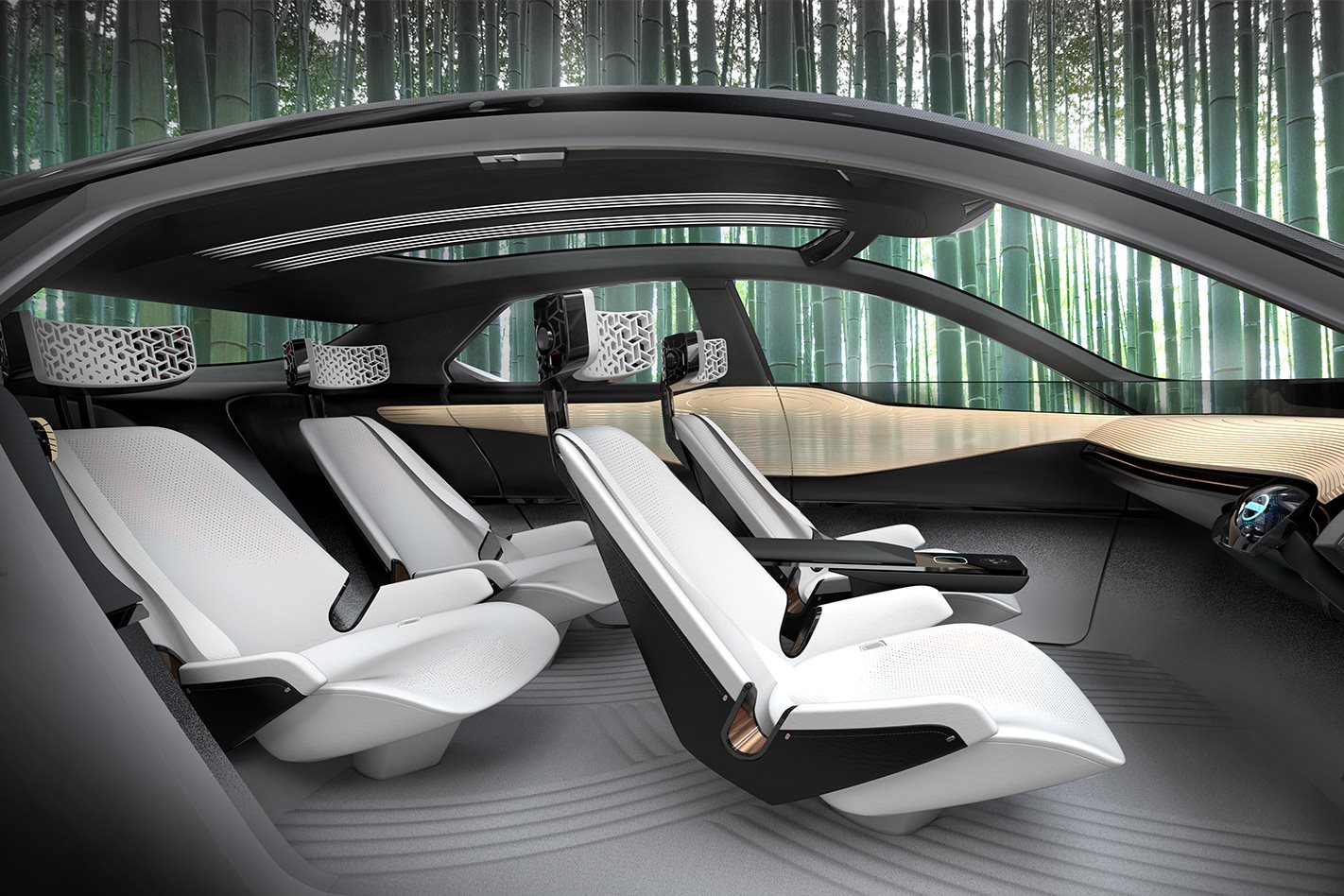 The IMx pushes Nissan’s design boundaries. “Until now, vehicles have been designed with a clear differentiation between exterior and interior,” it said. “Exterior design provides a sense of security from the outside, while the interior design gives drivers an appropriate environment for concentrating on driving.
Nissan said the need to think differently about a car’s design would change with the arrival of fully autonomous vehicles.

“Nissan's designers sought to redefine the interior space of the IMx to create a sense of openness, while maintaining a feeling of privacy. To achieve this, they endeavoured to design a space that links up the inside and outside of the vehicle,” it said.

Inside, the IMx has a minimalist interior inspired by a traditional Japanese house. 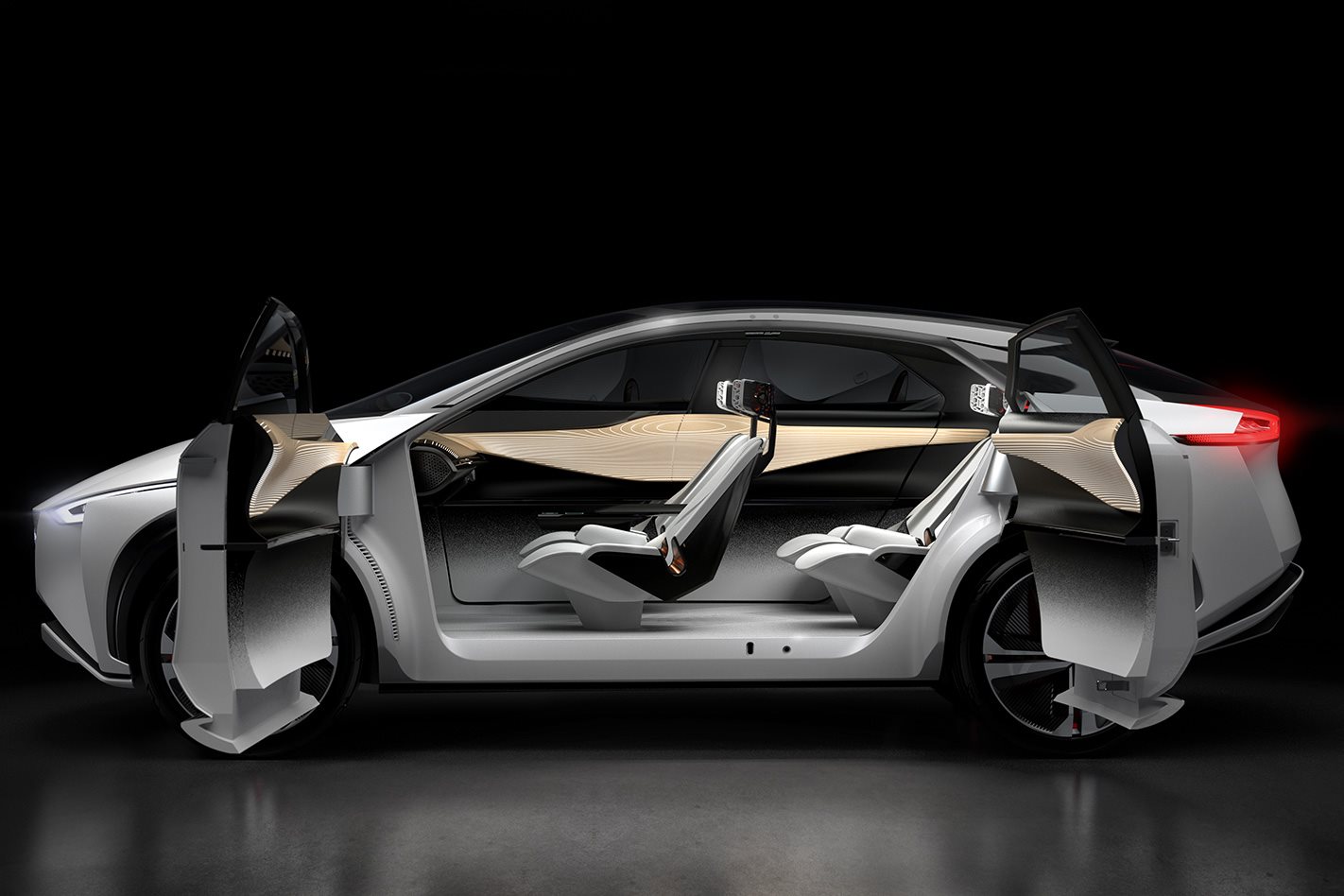 “The car's panoramic OLED instrument panel displays a view of the external environment in the background,” Nissan said. “A separate, wood grain-patterned display, positioned below the instrument panel and wrapping around the interior door trims, gives occupants a subtle sense of the outside, similar to a shoji, a traditional Japanese paper screen.

“The ‘katanagare’ diagonal pattern on the seats has been delicately etched with a laser cutter. The head rest – patterned like ‘kumiki’, a Japanese interlocking wood puzzle – is made from silicon-material cushioning and a frame produced by a 3D printer.”

According to Nissan, the part-time driver of the future will be able to control the IMx using eye movements and hand gestures. 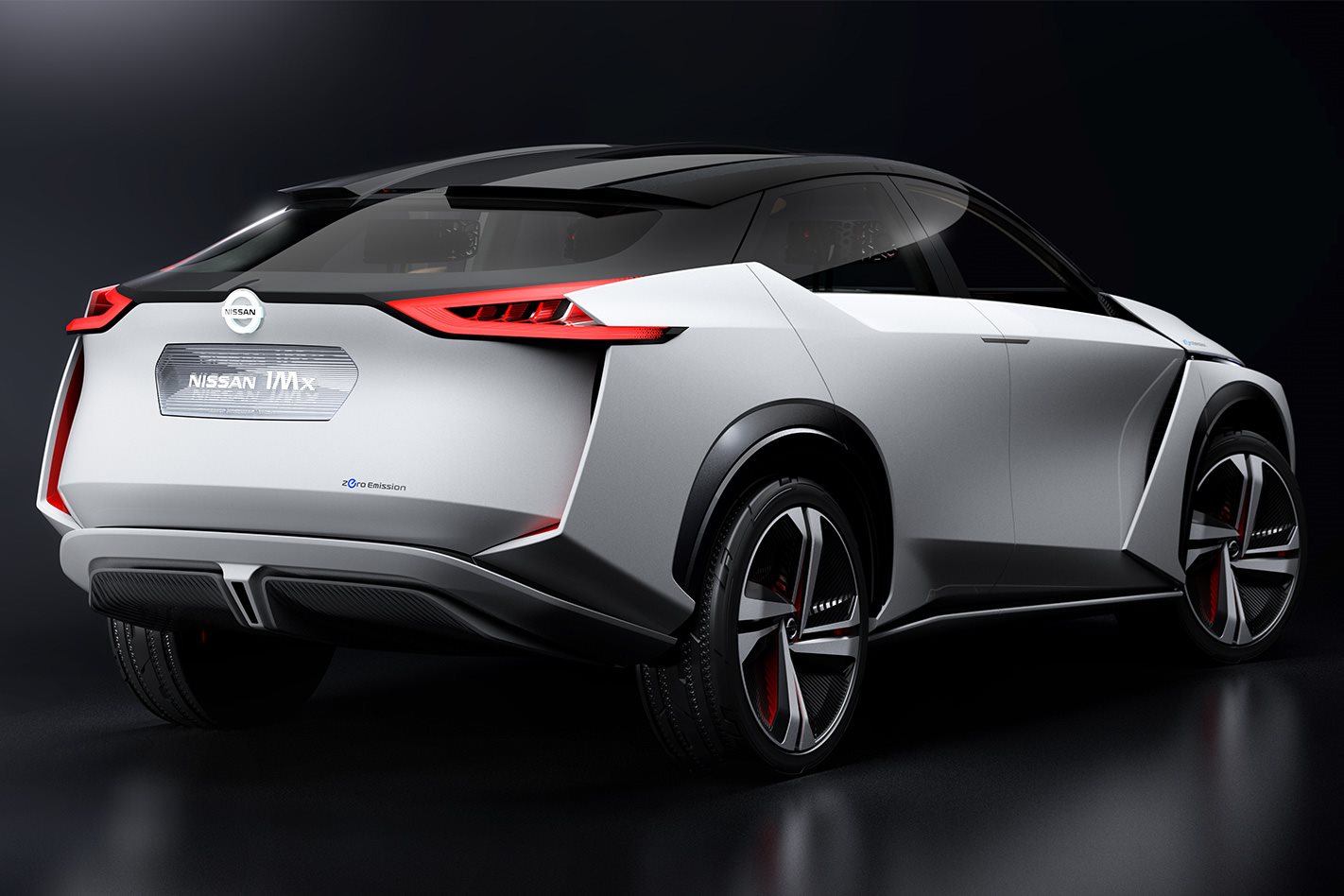 “This intuitive interface results in fewer physical controls and switches, making the cabin of the IMx simple yet highly efficient and adding to its supreme comfort,” it said.

We’ve seen this kind of thing before from Nissan, which unfortunately, doesn’t appear to have evolved the 2013 IDx concepts, including a low-slung two-door fastback coupe and a Nismo-badged, retro-styled notchback coupe.

Like the IMx has done for SUV design, these two concepts were to have challenged the conventions of car styling. We’re still waiting for the next step, though.