Given the Mercedes-AMG GT Concept is headed into production next year, there are two ways to look at this: firstly, the E63 and CLS63 are under threat from the most unlikely of enemies, or that the creeping tide of electrification has at last washed over the belligerent dam wall that has been AMG.

Where the current range of “proper” AMG cars is all 4.0-litre, bi-turbo V8 powered, this one will be the first to be electrified (but it won’t be the last). 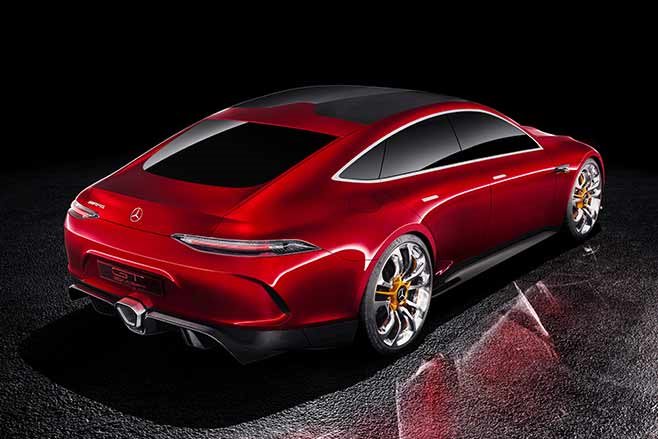 It will end up with 600kW of power from its zapped powertrain, with an electric motor powering the rear wheels and plugged in to the performance all-wheel drive system to hit 100km/h in less than three seconds.

It will be followed at September’s Frankfurt Motor Show by the Project One, AMG’s 1000-horse hypercar, and will even be able to be driven as a zero-emission pure electric car for short distances. 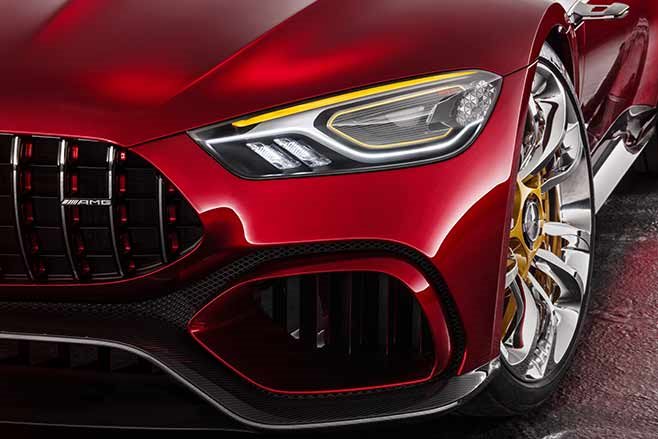 That alone indicates it will be a plug-in hybrid, even if AMG boss Tobias Moers refuses to admit it, because otherwise it will fill its batteries through just engine power and brake-energy recuperation alone.

The sleek four-door shape harks immediately to the GT Coupe and GT C roadster model, giving AMG an instant three-model family. The big difference between the GT Concept and the current production sports cars is that this one is a four-door, four-seater.

It’s also going to wear the EQ Power+ badge, which has only just emerged on the hybrid-powered 2017 Mercedes-AMG Formula 1 car, and it will take aim at Porsche’s upcoming Panamera Turbo S E-Hybrid, which combines biturbo, 4.0-litre V8 power with a 100kW electric motor. So they overlap pretty neatly. 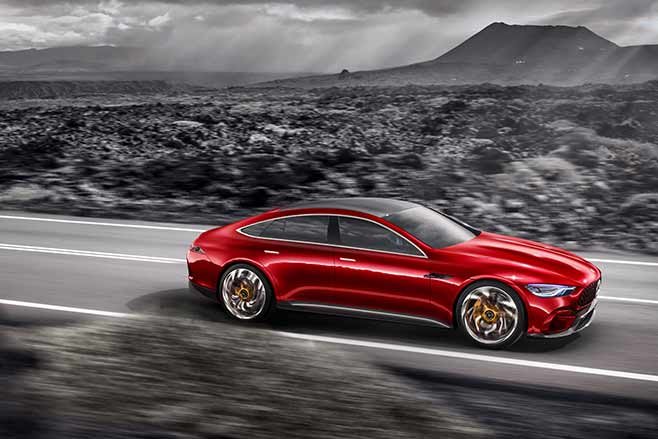 After years of shying away from hybrid development or even admitting it was interested in hybrid cars, AMG is now committing to them, insisting it was a way of the future for the brand.

"This performance hybrid powertrain offers an impressive electric range and the opportunity to generate a system output of up to 600kW in its last level of development,” AMG boss Tobias Moers insisted.

It could be argued that the GT Concept is the most significant AMG in the last 20 years, pointing a way to sustainable high performance from a brand whose two-pillared foundations have been straight-line speed and interior luxury. 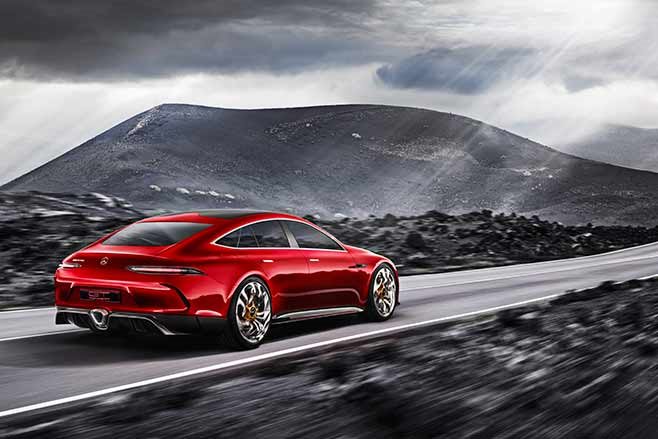 "With the Mercedes-AMG GT Concept we are giving a preview of our third completely autonomously developed sports car and extending the attractive AMG GT family to include a four-door variant,” Moers explained.

The layout has the electric motor’s power funneled only to the rear axle, specifically to help with torque vectoring. The car itself runs the E 63’s 4Matic+ high-performance all-wheel drive system, which offers a drift mode and the usual launch control.