Holden is set to replace the Colorado 7 nameplate with the Trailblazer moniker worn by the ute-based seven-seat SUV in America.

The one-off concepts were prepared at Fishermans Bend in Melbourne by GM Australia Design at Holden, using the upcoming production Series II of both vehicles as bases. While Holden officially offers a “no comment” when asked about the Trailblazer name change, Wheels has confirmed the nameplate will grace the updated SUV that is due in Australia by September.

Part of the shift from Colorado 7 to Trailblazer is to separate the SUV from a marketing perspective from the ute it’s based on. That’s even more important in an era when competition on the off-road-focused seven-seat SUV market has ramped up with the recent arrival of the Ford Everest (based on the Ranger ute), Toyota Fortuner (based on the Hilux ute) and Mitsubishi Pajero Sport (based on the Triton ute). 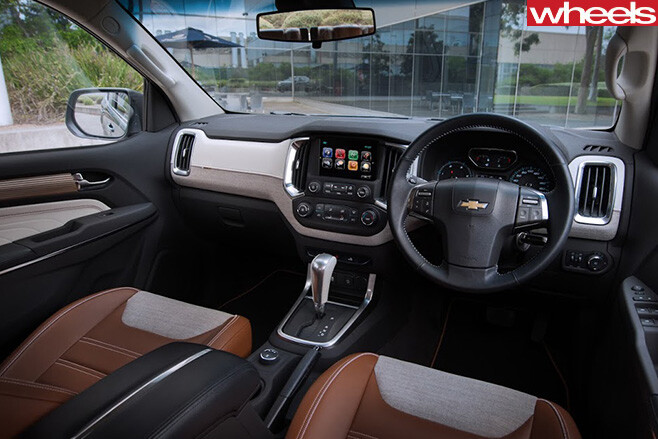 To be unveiled internationally in May, the Colorado Series II and its Trailblazer SUV sibling will include a redesigned bonnet, grille, headlights, and front mudguards, revised tail-light lenses, and a revamped dashboard with improved graphics, upgraded multimedia connectivity (with an eight-inch colour touchscreen), and a noticeable step up in trim and material quality.

While the facelifts for both models were designed at the RG-series Colorado’s global homeroom in Brazil, the show vehicles’ detailing – along with their presentation ­– was carried out by Holden. 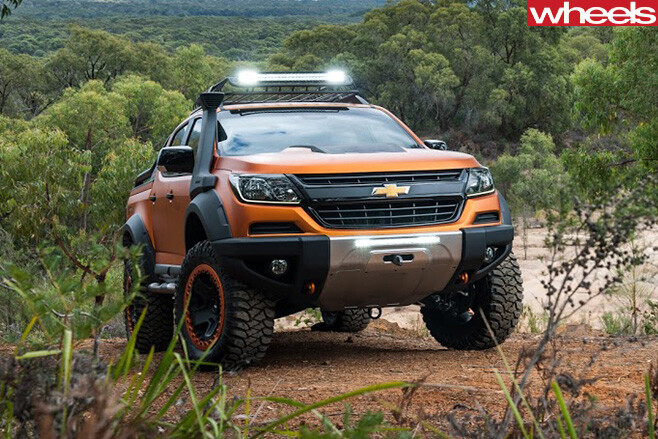 The aim of both concepts is to preview a big shift in how GM will market both Colorados, with the Xtreme concept’s wider stance and more rugged detailing meant to appeal to Ford Ranger Wildtrak and Toyota HiLux SR5 buyers, while the Trailblazer Premier is upping the luxury ante in the face of the newer Ford Everest and Toyota Fortuner.

What mechanical changes are coming later in the year, beyond an update of the current models’ 2.8-litre four-cylinder turbo-diesel engine, isn’t known, though there will be significant improvements to on-road dynamics and overall refinement. 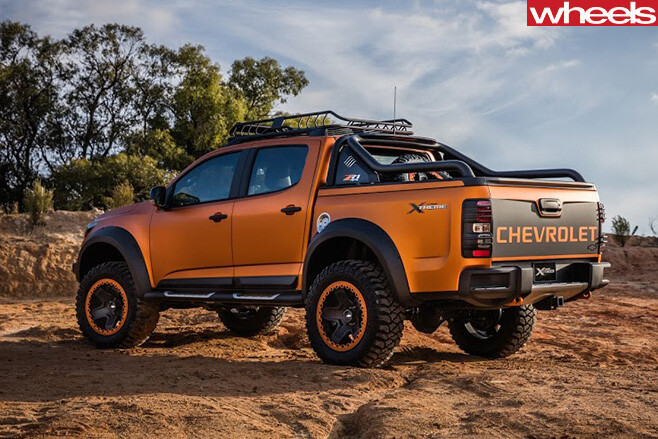 Holden engineers have tested and tweaked the Colorado and Trailblazer extensively in Australia as part of renewed efforts to better prepare the vehicles for Australian roads and conditions.

Meanwhile, Holden has also created accessories that will soon appear on the Colorado and Trailblazer options list, as the company attempts to carve a larger slice of the ever-growing personalisation market. 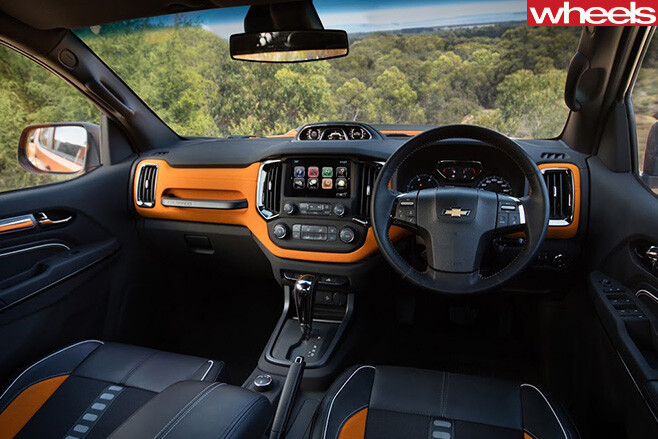 “We want to expand the genuine accessories market, that’s marketed and sold by Holden. We’ve been missing out in the past.”

Holden has designed or built a number of high-profile concept vehicles over the past few years, among them the Buick Avenir from the 2015 Detroit auto show and this year’s Opel GT from Geneva.