VOLKSWAGEN has unequivocally slam-dunked the Pikes Peak International Hill Climb record, blasting up the Colorado mountain in its purpose-built I.D. R, in a jaw-dropping 7:57.148, and it did it without burning a single drop of fuel. 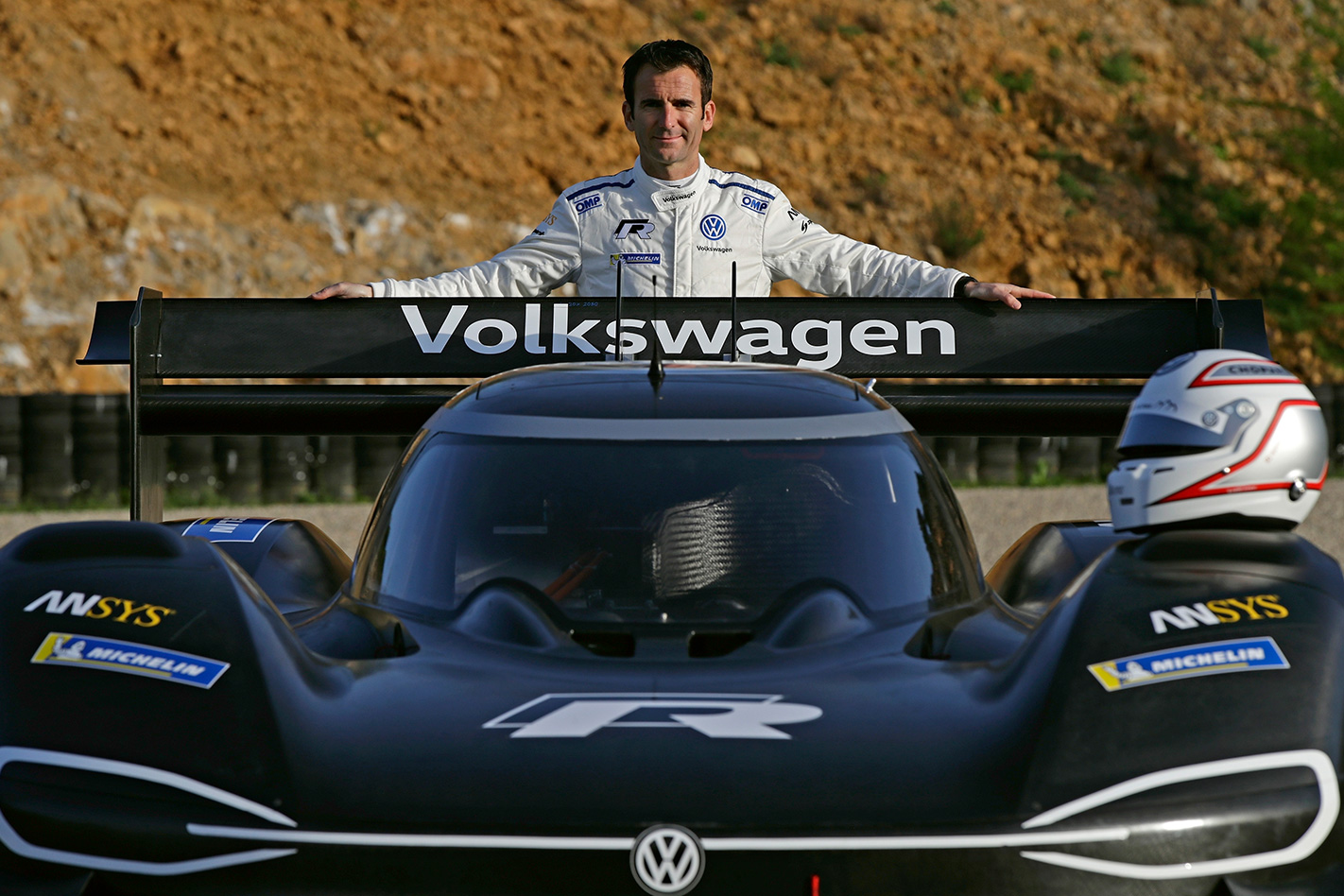 Piloted by Romain Dumas, the pure electric ‘Dub cleaved an astonishing 16 seconds from the previous record, which was set by Sebastien Loeb in 2013 with a Peugeot that burned petrol – lots of petrol.

Read next: Pikes Peak – 7 of the most terrifying hillclimb monsters

For more than 100 years, racers have been heading to the iconic and perilous contest to try their luck against the 20km course that rises to a lung-busting 4300m through 156 turns, but the mountain has never staged a more significant milestone than this year’s feat. 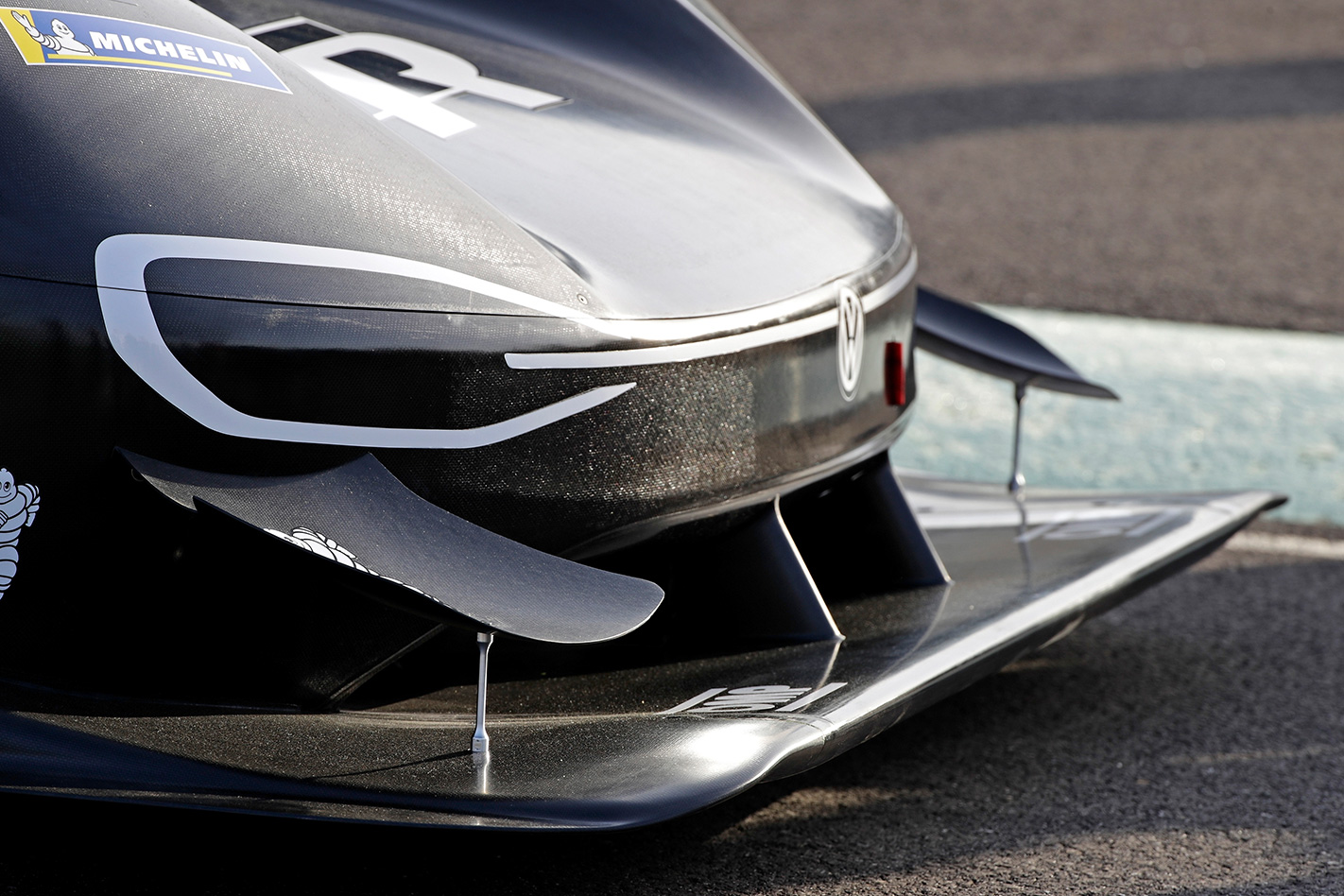 Electric cars have been hunting the title with increasing potential and many will be surprised to see a battery-powered car flashing under the famous chequered flag in a faster time than any combustion-propelled vehicle could manage, but actually, the neon writing has been on the wall for some time.

Pikes Peak is unique in the challenges it presents for engineering teams trying to complete the ‘Race to the Clouds’. Not only must a vehicle endure all the stresses and forces of any pedigree racer, it needs to overcome all the problems that occur when the atmosphere drops to almost half the pressure at sea level.

Primarily, the biggest problem for combustion engines is the available oxygen – or lack of it. Massive turbochargers mitigate the problem, blowing harder as the altitude rises and compensating for the dropping atmospheric pressure, but it’s a Band-Aid on a busted hose and any air-breathing engine starts to suffer above the tree-line. 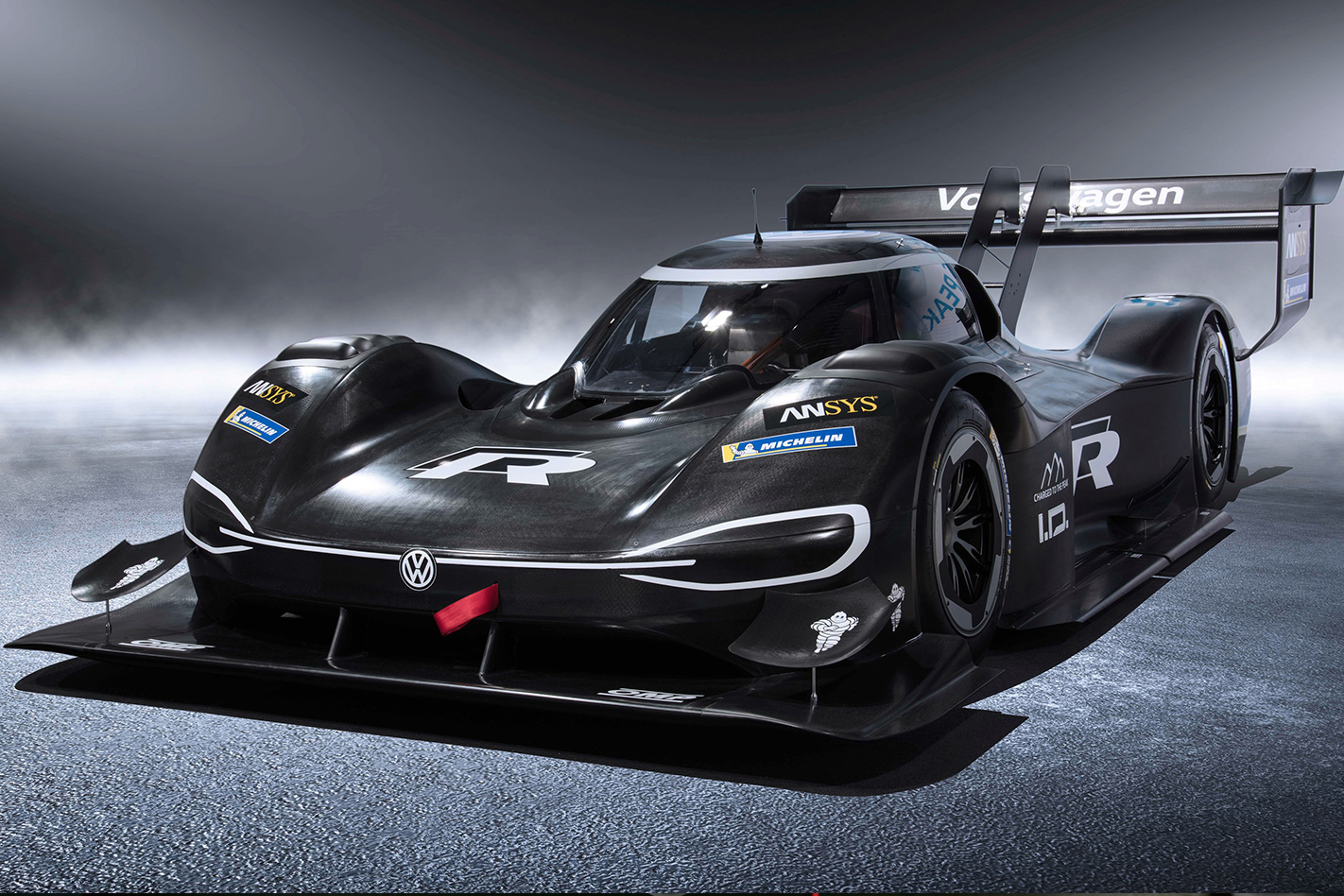 But as the air thins so does its specific heat capacity, and each cubic centimetre of air can carry less energy. That causes problems for anything that needs to be cooled. Engine cooling systems, brakes and tyres that are already pushed to their limit start to struggle and fail.

The problem is exacerbated by falling boiling points. At the beach, water boils at 100 degrees but crack out your billy at the summit of Pikes Peak and it will boil at 85 degrees, causing more problems for the already punished engine cooling system. 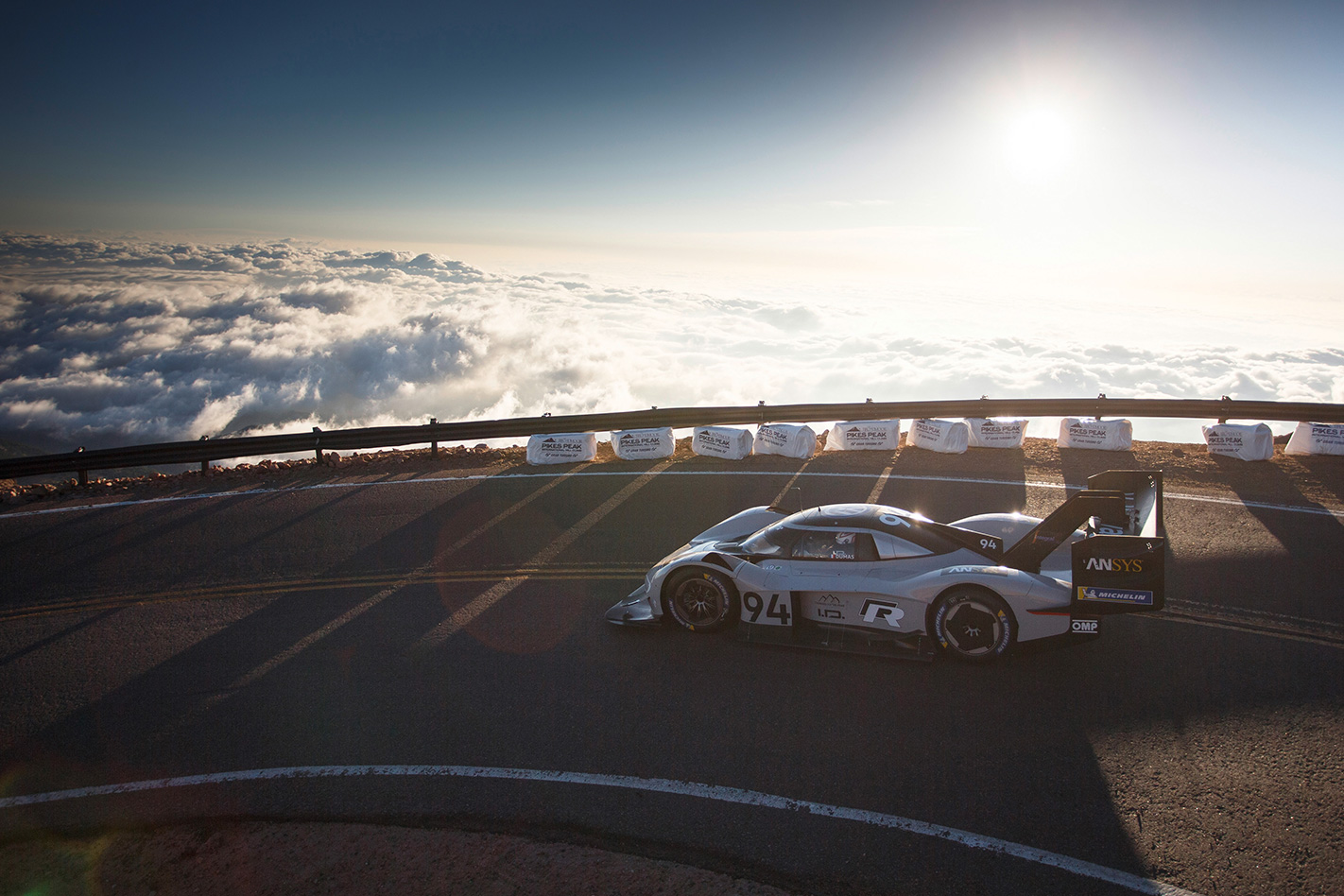 It’s the same for hydraulic brake systems which will also vapour-lock at a lower temperature. Not a good situation when the average speed of VW’s record run was 150km/h.

As if that wasn’t enough to deal with, lower oxygen levels start to punish the driver as well with exhaustion setting in faster under the physically demanding ordeal of huge g-forces. Many modern racers will have their own oxygen supply when attempting a Pikes Peak run. 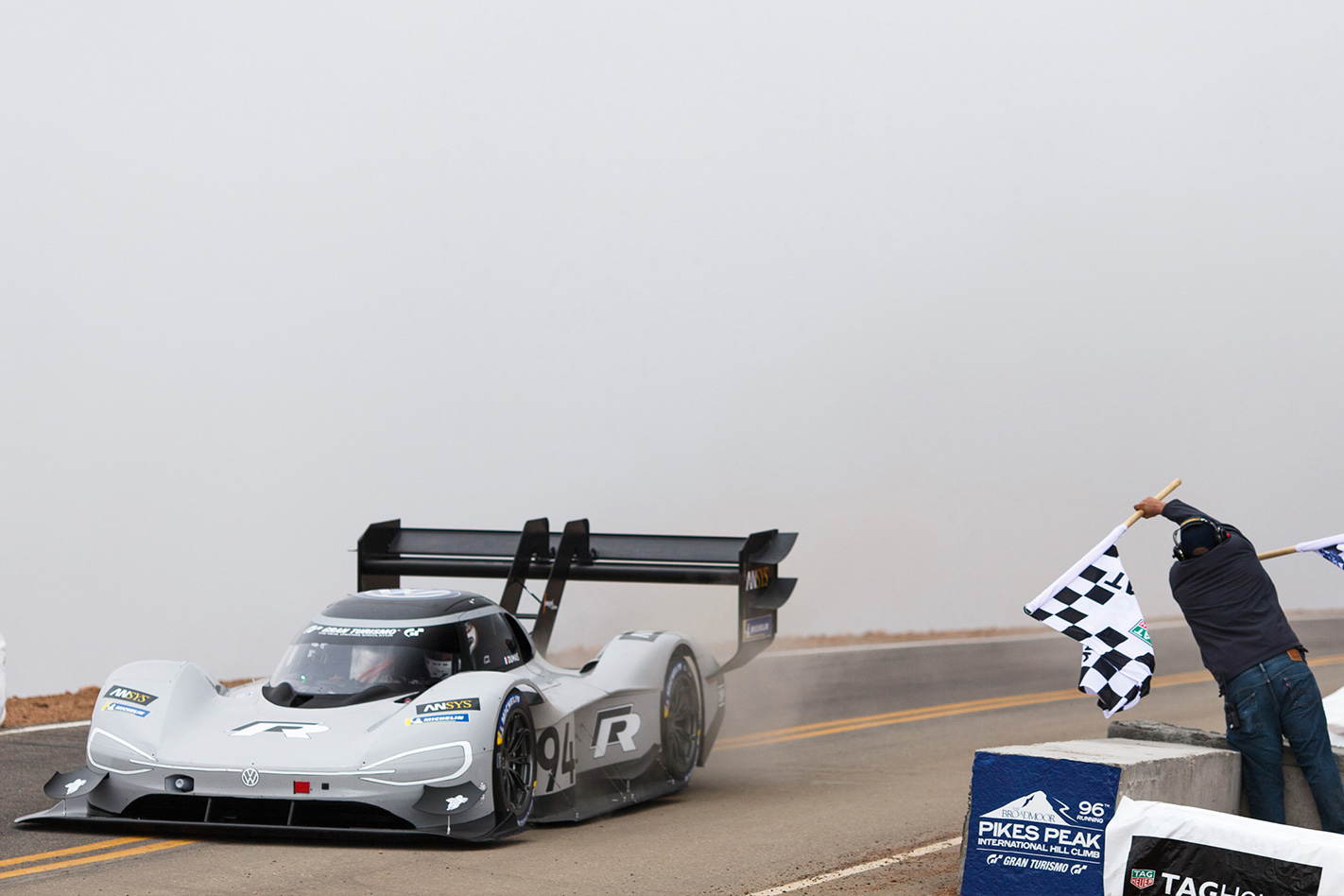 If only there was some kind of vehicle that didn’t need to breathe air to produce massive horsepower, didn’t have such a dependence on cooling systems, and could use some other kind of force other than friction for braking. Hmmm. 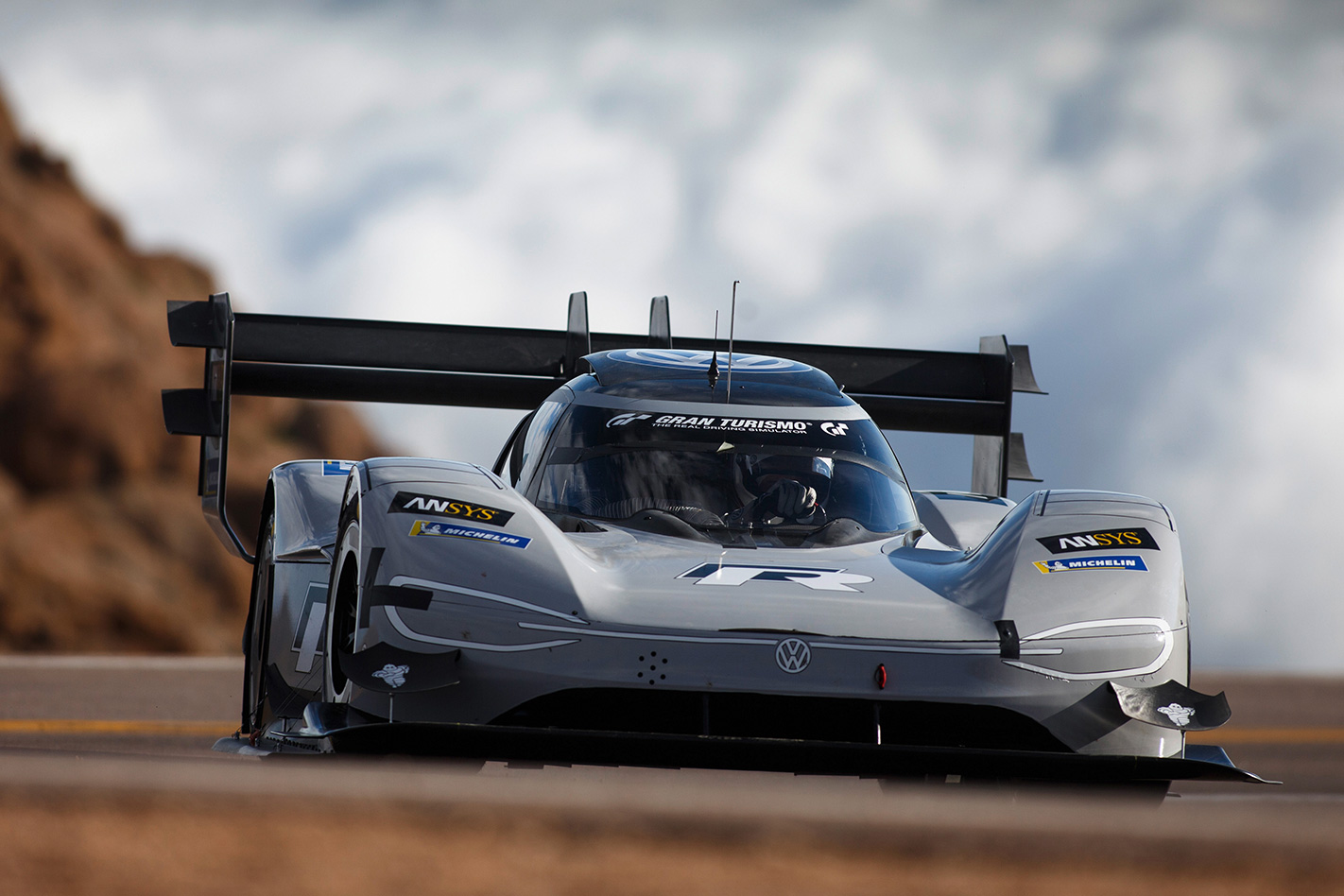 This is exactly why an electric vehicle blew a petrol rival off the mountain last weekend and why the dominance of EVs at Pikes Peak was inevitable.

There are problems a move to electric drive doesn’t avoid however, and you are always going to see the unmistakable massive wings and splitters that are necessary to create downforce from air that isn’t as viscous.

Read next: Electric cars don't have to be expensive, says VW

Weight minimisation is also paramount to gain height quickly without overloading the drivetrain, and this is where relatively heavy EV batteries still have room for improvement, but it’s undeniable that the EV era is upon us.

Pikes Peak is a hyperbolic example of EVs excelling over the traditional giants but it’s just the start and from 2020, the FIA World Rallycross Championship will switch to pure electrics as the obvious application in a race that is short enough for current battery technology. 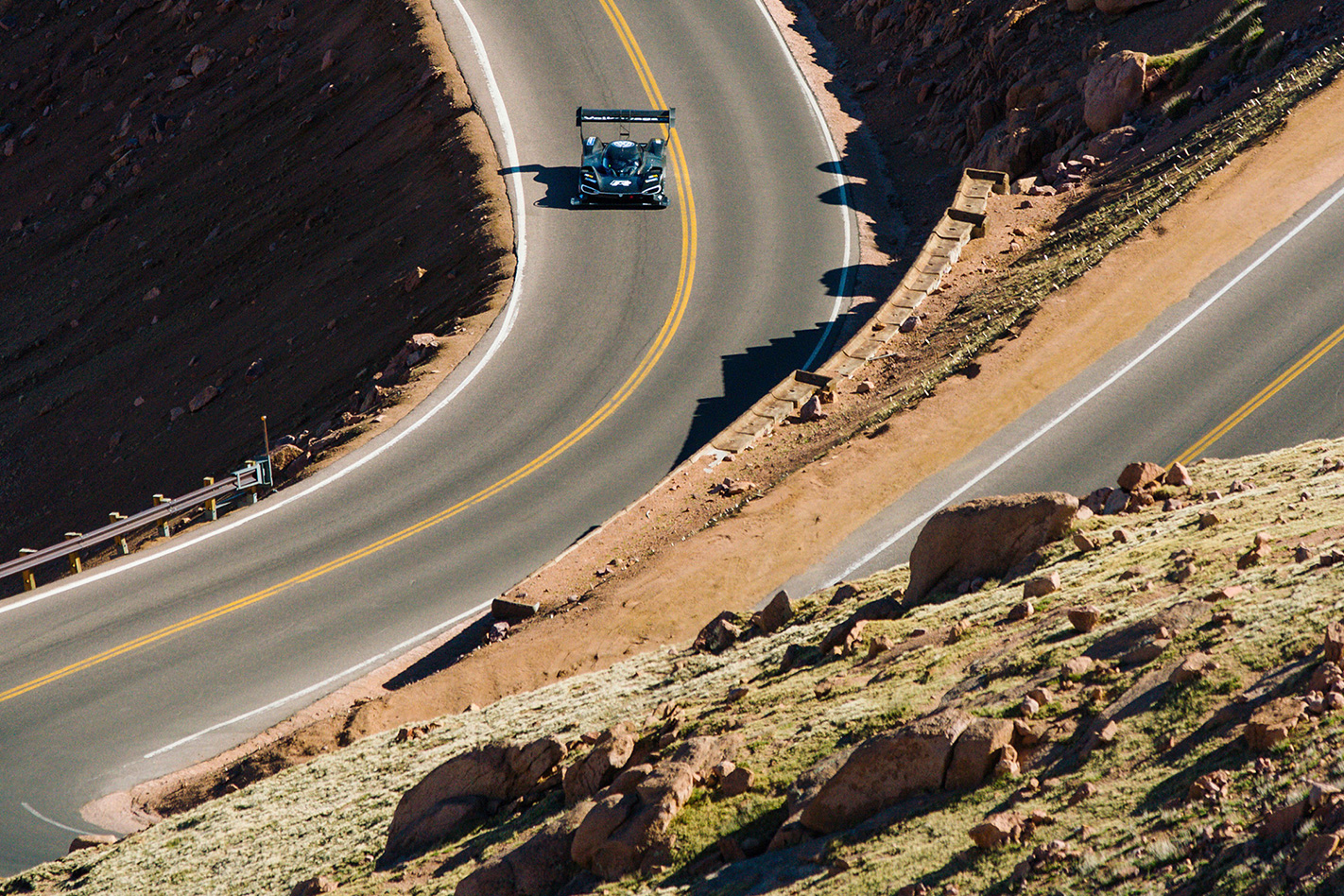 The high-torque, instant response of the cars also lends itself to the tight and complex courses.

Energy density is still the Achilles heel of any battery-powered car but constant development by all the mainstream manufacturers is allowing EVs to go further and faster each day, and as the phenomenal Volkswagen achievement has demonstrated, electric cars are on the rise.

If you want to take that pun further, the benefits of advancing EV technology will cascade down from the dizzying heights of motorsport, to road cars you will one day be able to own. 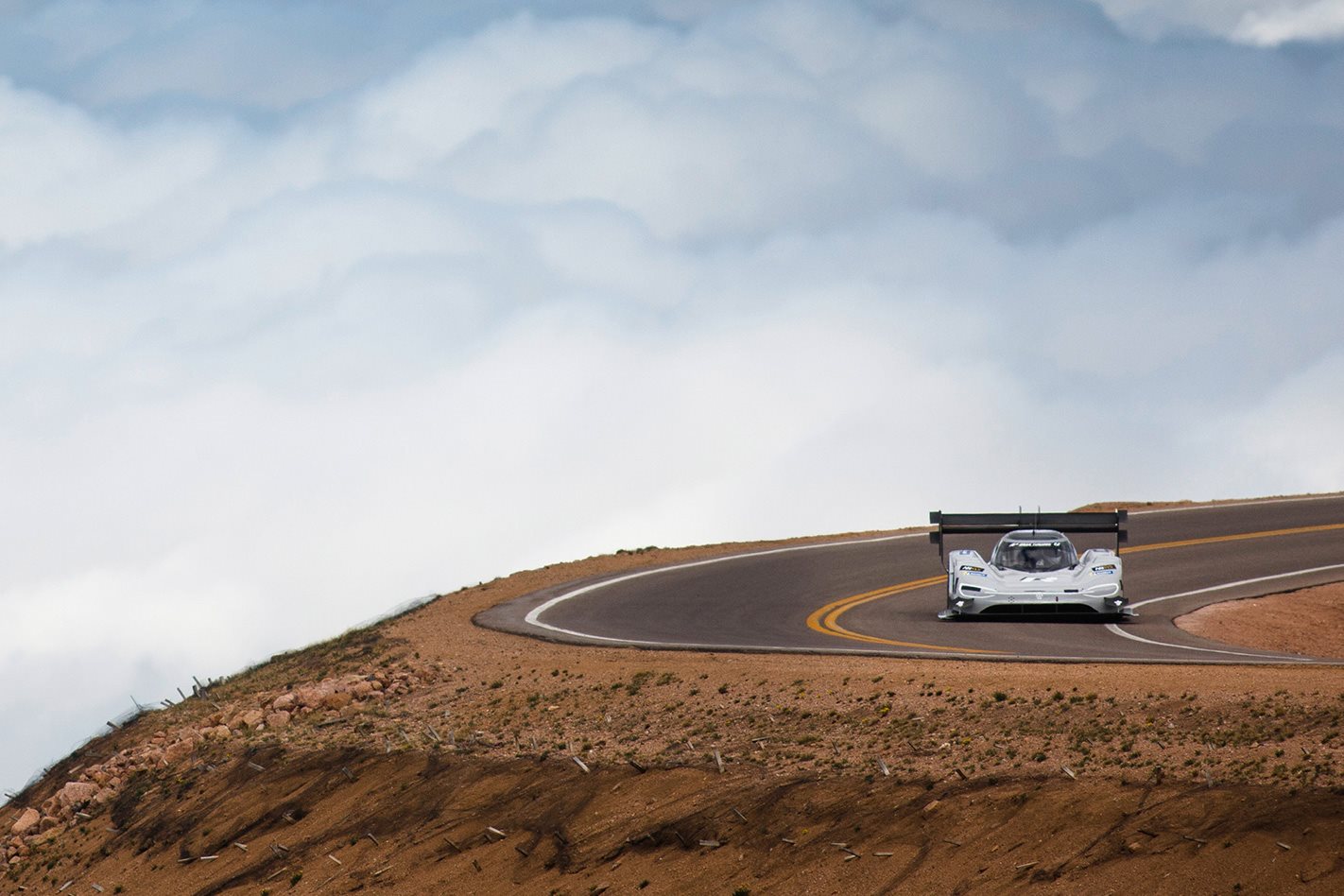 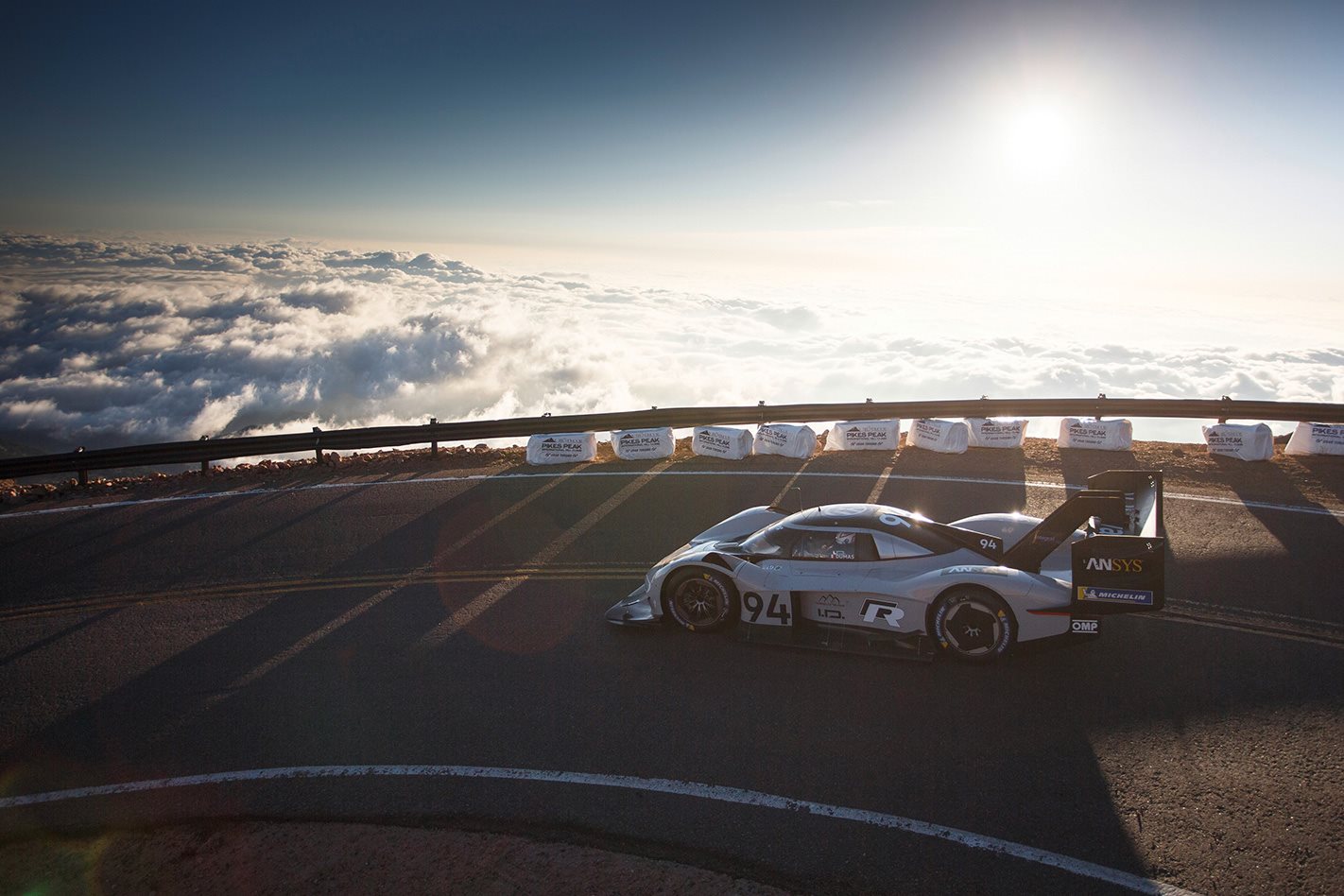 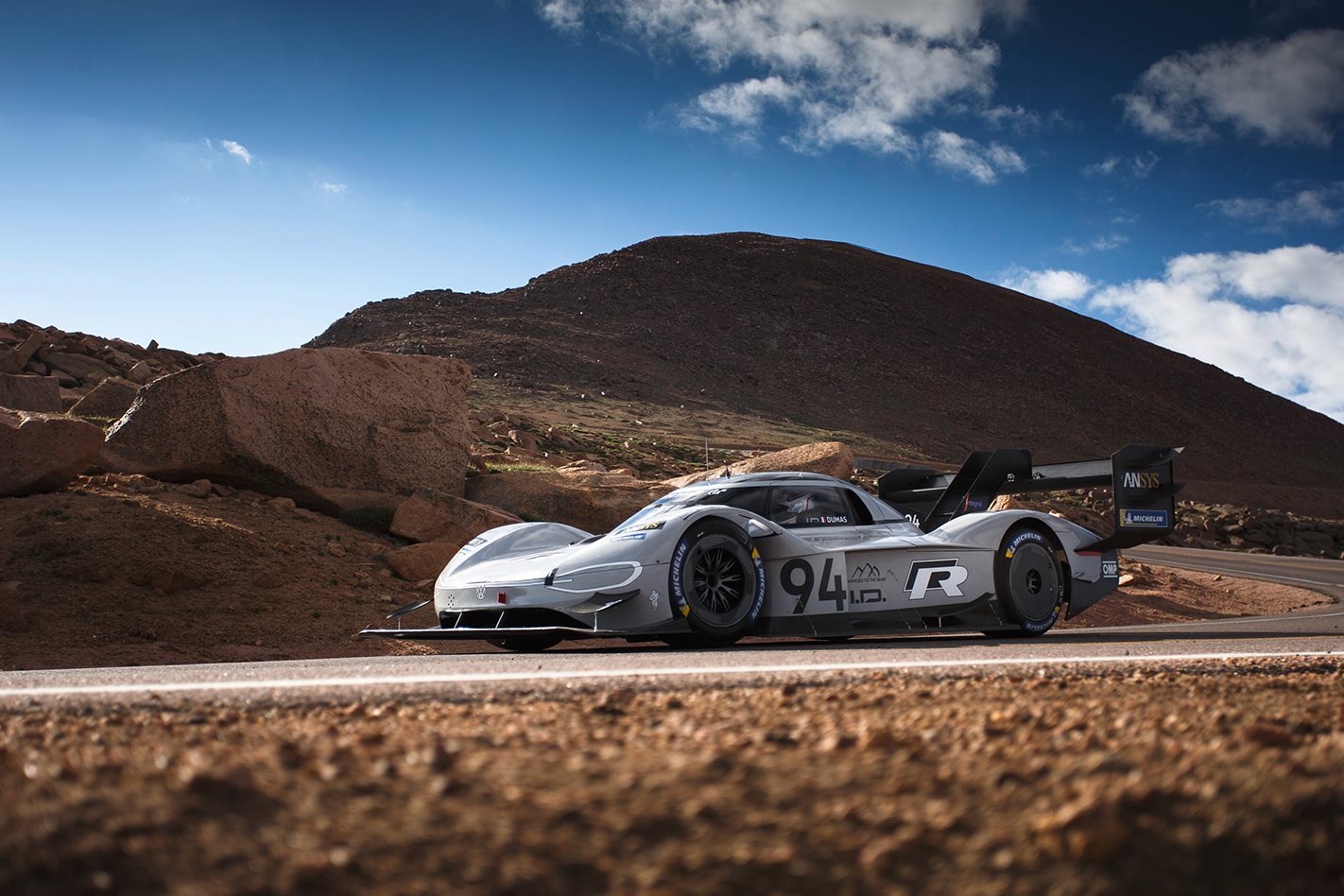 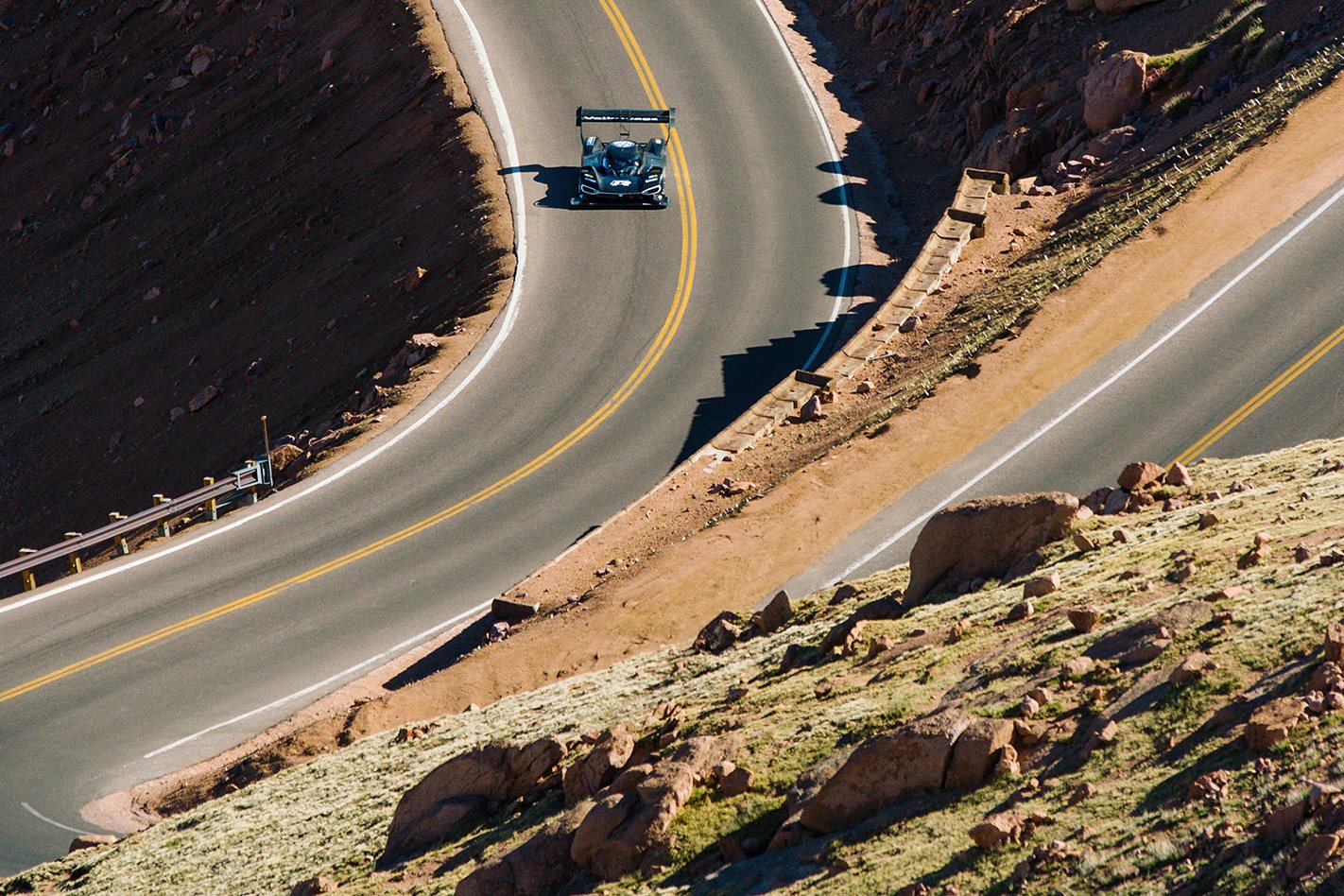 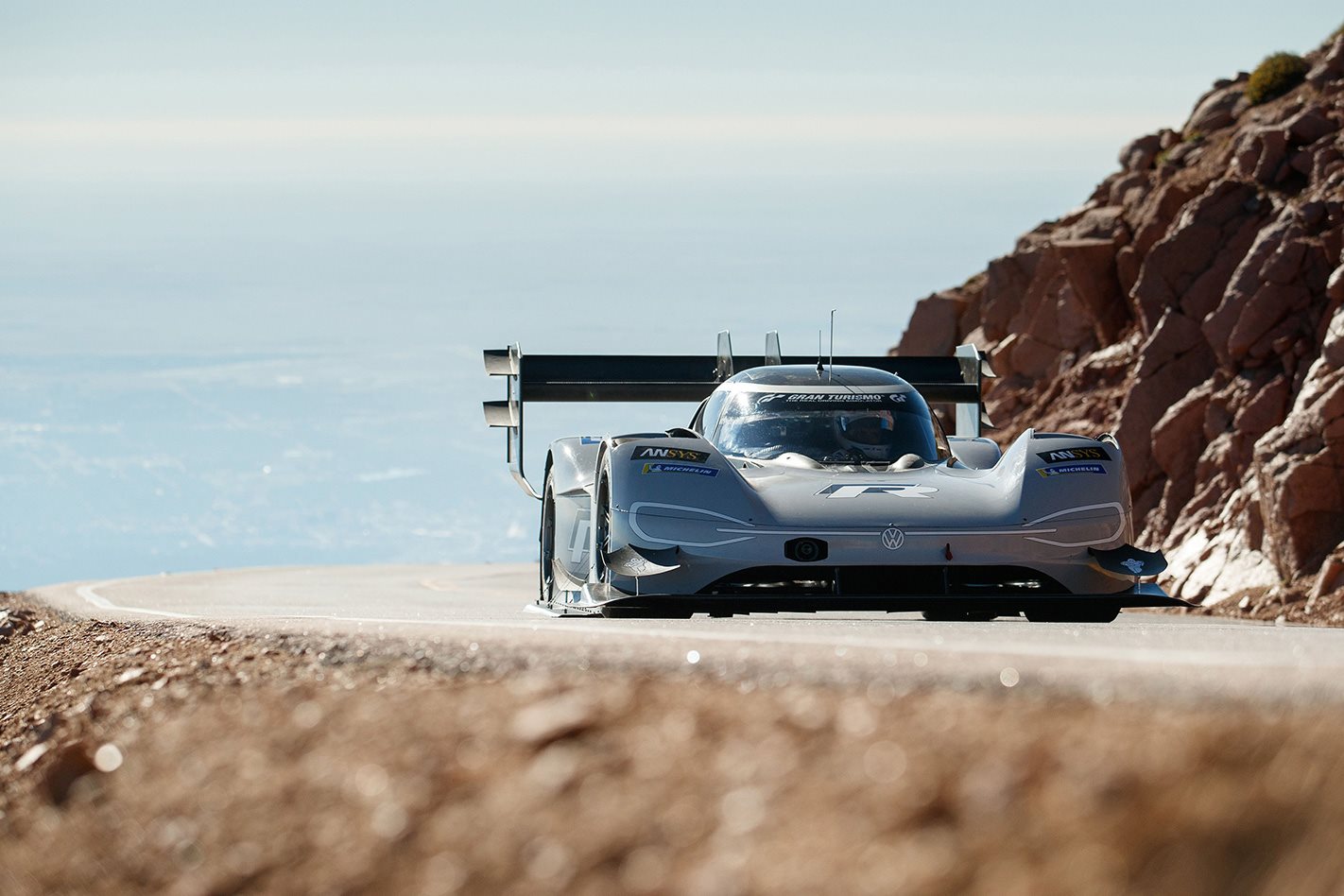 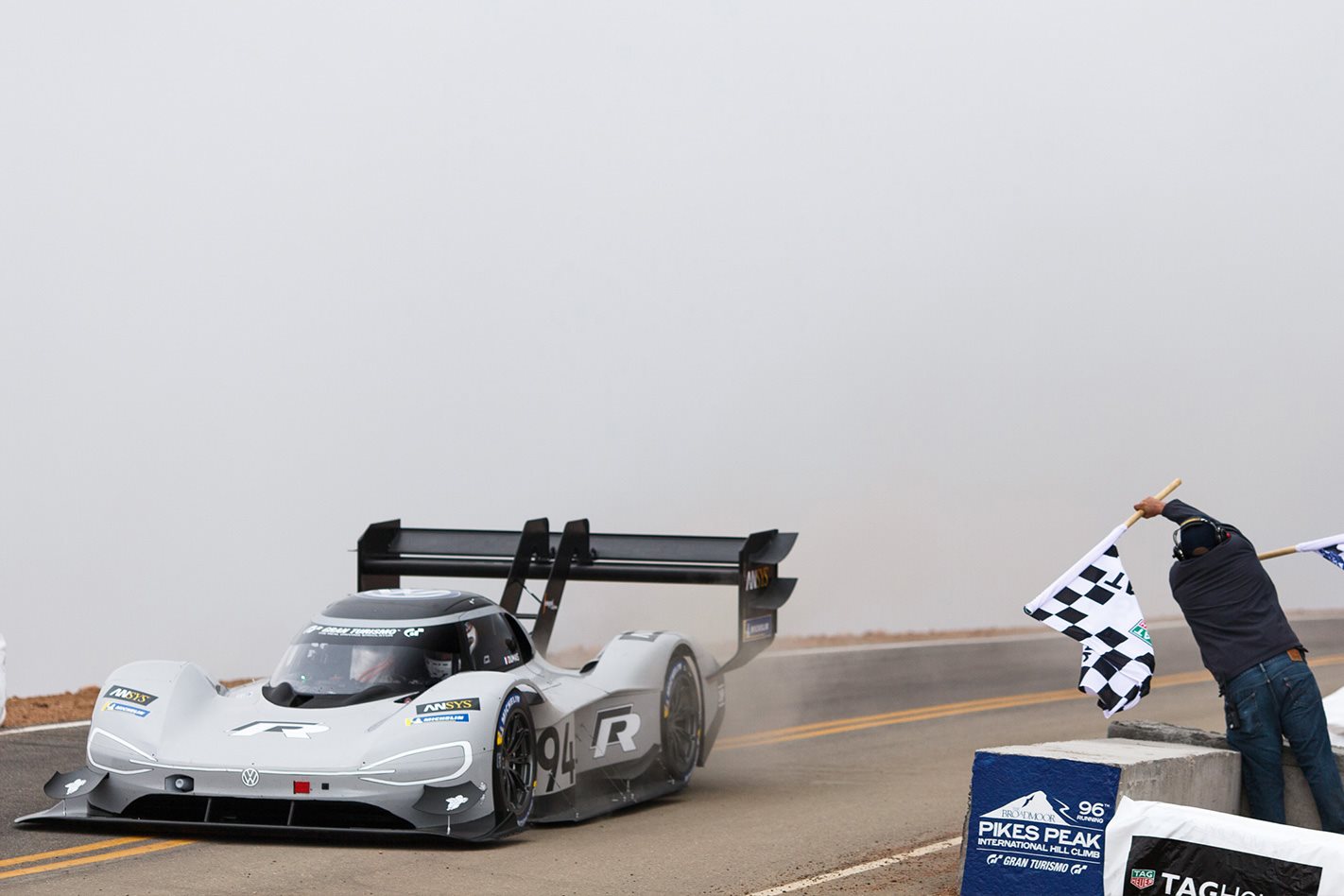 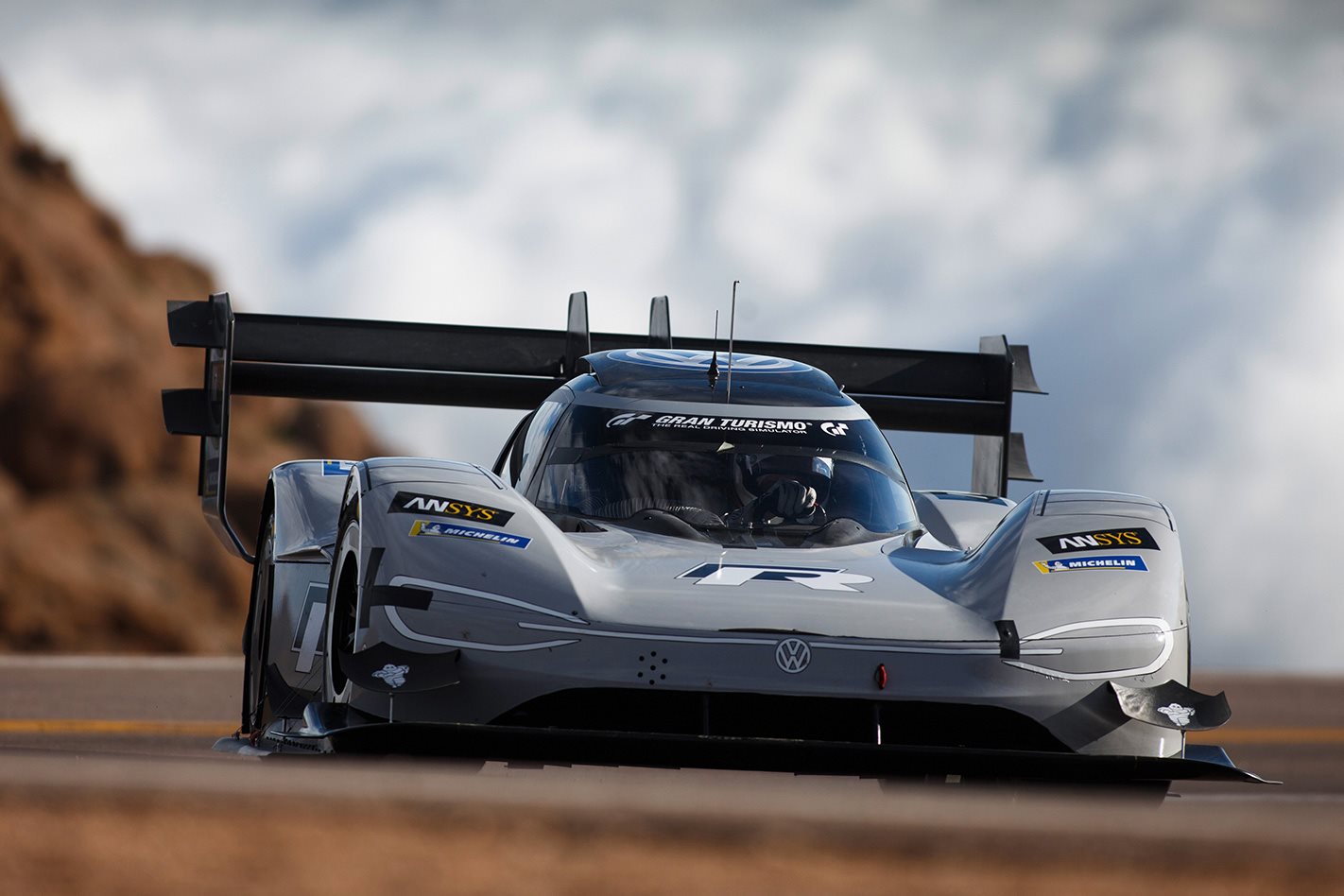