THE future of GM’s – and potentially even Holden’s – rear-drive performance heroes has been revealed. Overnight, the US car making giant unveiled a heavy-hitting, twin-turbo V8 that is as powerful as the supercharged 6.2-litre one powering the swansong HSV Clubsport, but is almost 50 percent smaller.

And, it’s more than likely that the 4.2-litre small-displacement V8 was honed right here in Australia, at GM’s Lang Lang-based top secret centre for rear-drive development. We didn’t know it at the time, but one sharp-eyed Wheels reader has quite possibly caught the car that will wrap around it – the box-fresh Cadillac CT6 V-Sport – as it travelled through Melbourne wearing a full disguise.

The new engine – we’re yet to learn its code – provides 98kW per litre of displacement – HSV’s 6.2-litre LSA produced the equivalent of 66kW/L. According to Cadillac, it’s a clean-sheet design “that also introduces unique design elements developed to balance performance and efficiency with compact, mass-efficient packaging”. 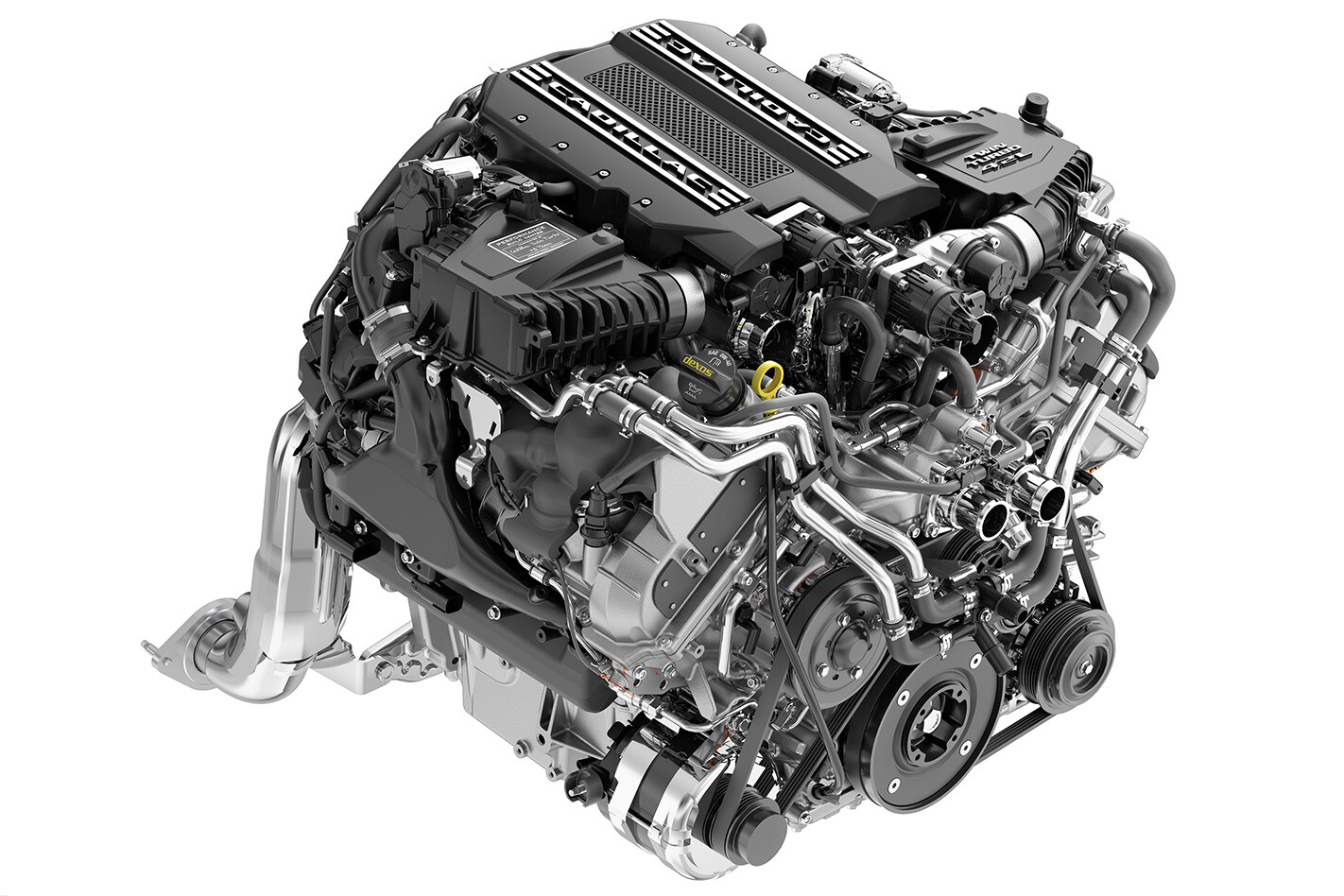 The engine sees 1.38bar of boost pressure, controlled by an electronic wastegate that allows engineers to “virtually eliminate turbo lag and reduce the engine’s overall packaging size”. Cadillac claims 90 percent of the engine’s peak torque is available from 2000rpm, and carries through until 5200rpm.

“In a conventional turbocharged engine, the cylinder heads receive the pressurised air charge through ports at the top of the engine and the exhaust exits through ports on the lower outside of the heads, into manifolds connected to the turbochargers,” Cadillac said. “With Cadillac’s innovative hot V design, the intake-charged air enters through the lower outside of the heads and exits through the top inside — where the turbochargers are integrated with the exhaust manifolds — for quick spool-up that translates into more immediate power delivery. The design also allows closer mounting of the catalytic converters, for efficient packaging.”

The design of the exhaust manifold – that the turbo housings are integrated into – allows gases to pass through either of a pair of nozzles feeding into the turbine’s drive. Which nozzle is used depends on the engine’s pulses feeding into the manifold to scavenge more energy. 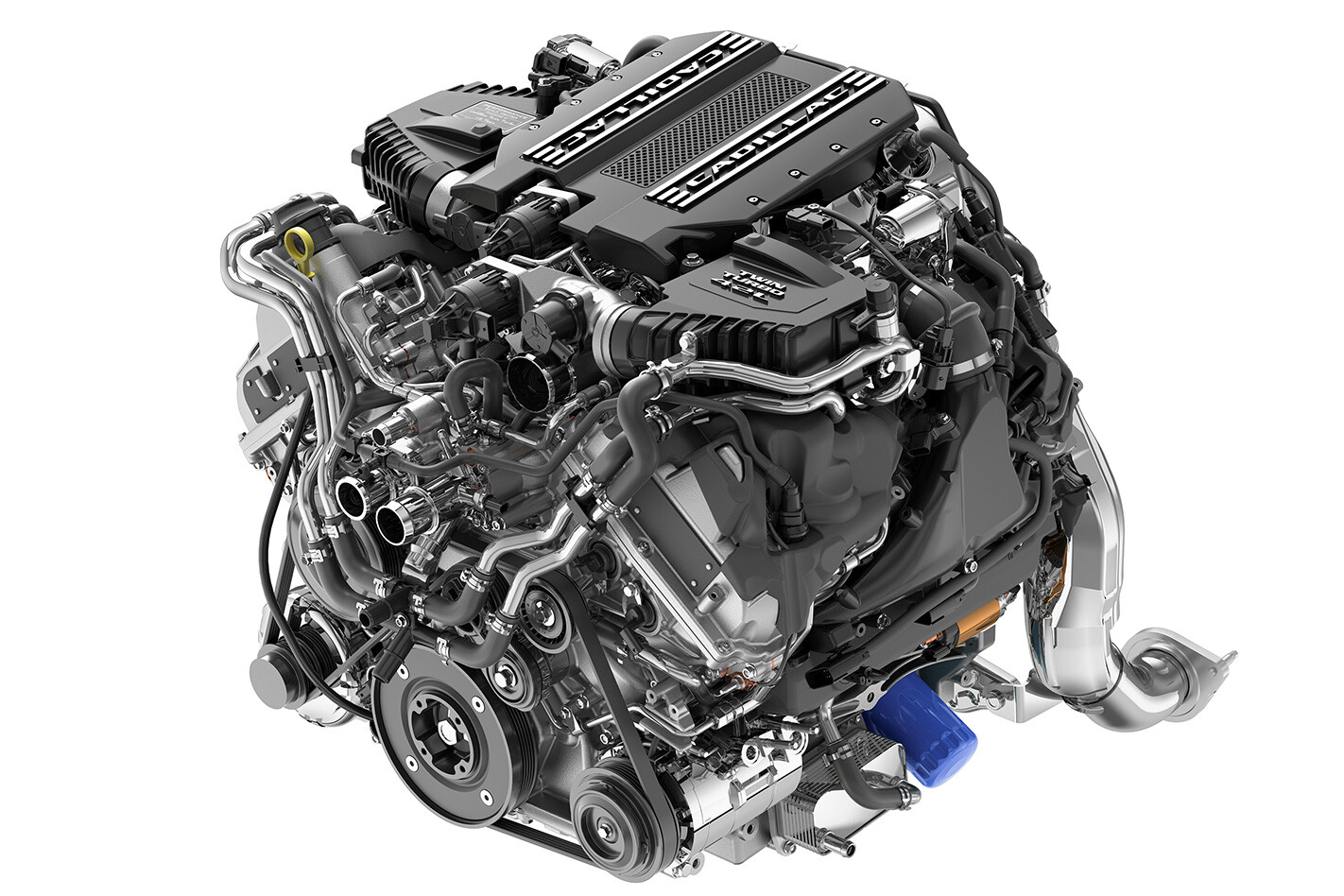 The top-mounted intercoolers, meanwhile, strip up to 74 degrees from the air feeding into the engine. Cadillac claims the heat exchangers can achieve an 80 percent cooling efficiency from as low as 0.07bar at peak power, contributing to “fast torque production”. 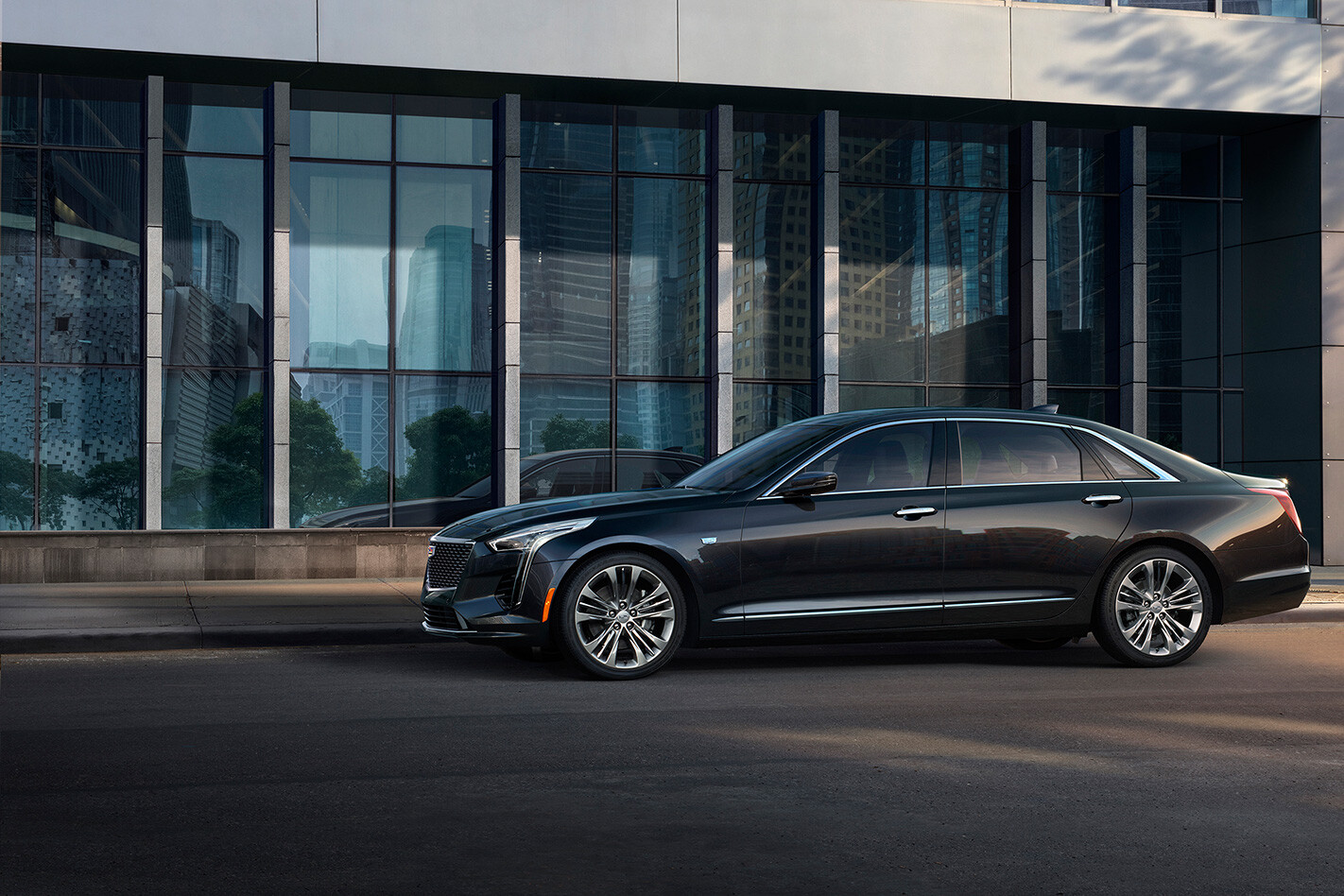 So far, the new V8 has only been confirmed for the Cadillac CT6 and CT6 V-Sport, where both see the new engine coupled to a 10-speed automatic transmission.

However, Holden has long promised that it would one day add a V8-engined, rear-drive hero to its Australian showroom – could this engine feature in it?
Holden could not confirm that when that V8 came to Australia, this would be it. “We haven’t committed to anything at this stage,” the spokesman said. “We’ve committed to introducing a rear-drive V8 into Australia, and I guess that’s as far as we can go.”

The Lang Lang proving ground, south-east of Melbourne, has had a long history of powertrain development. One project that has never been confirmed was a V12 engine for a stillborn Cadillac project that featured two 3.6-litre V6 engines bolted together and mounted on the extended front chassis rails of a VE Commodore.