Kia Australia has confirmed it is both preparing a second sports exhaust system locally, set to be fitted to turbocharged four-cylinder versions of the Stinger, and it has replaced the problematic tyres of the flagship turbo V6 version with new Michelin Pilot Sport 4 rubber. 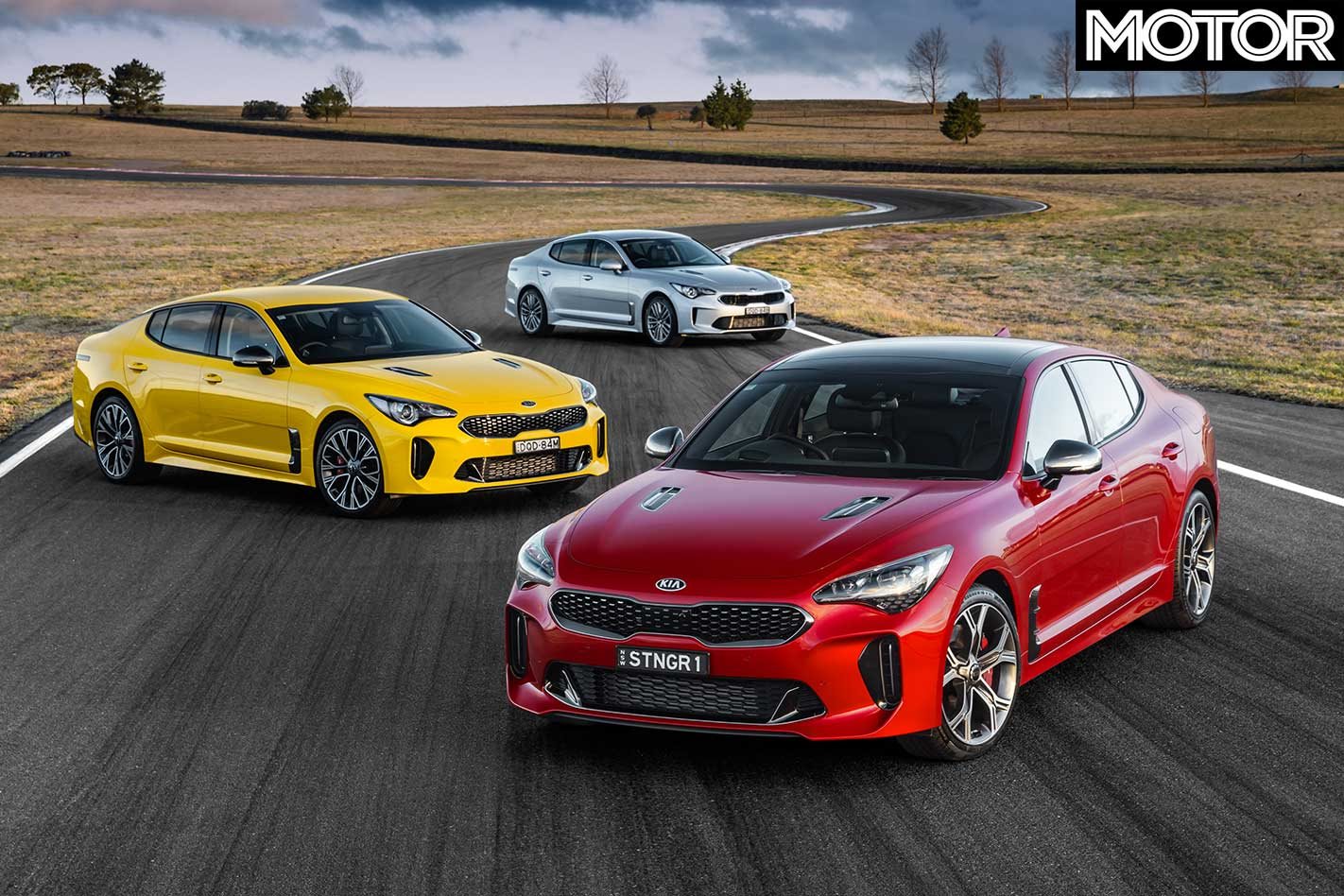 The sports exhaust will be ready for the fourth quarter of 2018, Kia Australia has confirmed, and MOTOR understands that the four-pot versions will utilise the same software and basic design as the V6, while the $2600 surcharge for the latter is likely to be mirrored as well. 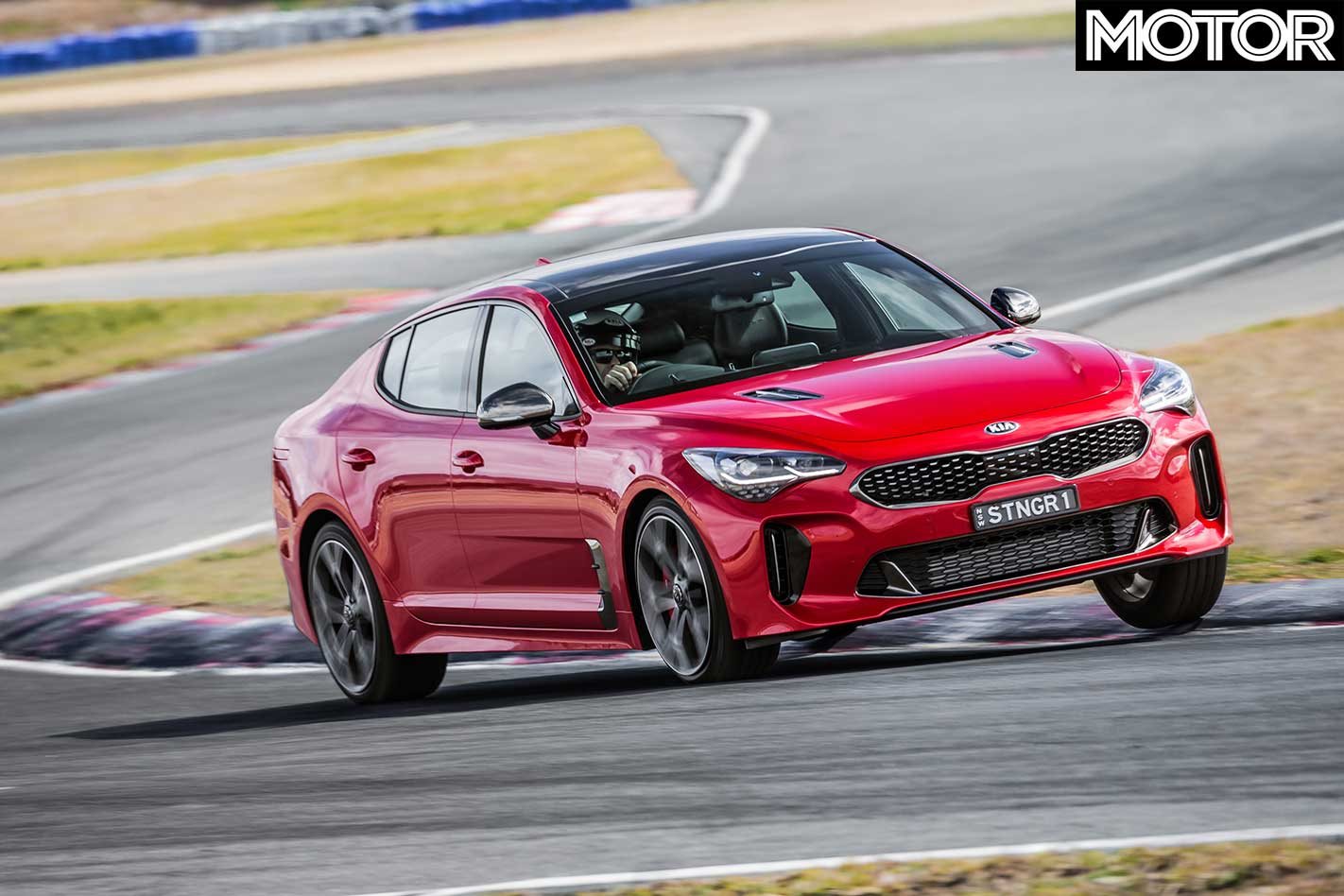 But at 113kg lighter, Graeme Gambold – the Aussie engineer who locally tuned all Stingers – reckons the two-cylinders-short-of-a-six-pack version is actually more agile and sweetly balanced, despite being markedly slower and more industrial-sounding.

In the pipeline: 'Biermann edition' Stinger and more

However, the local arm of the South Korean brand also upgraded the model grade that the punters are buying, further confirming exclusively to MOTOR that the Stinger GT has flicked its wear-prone Continental ContiSport Contact 5 tyres for Michelin Pilot Sport 4 rubber. 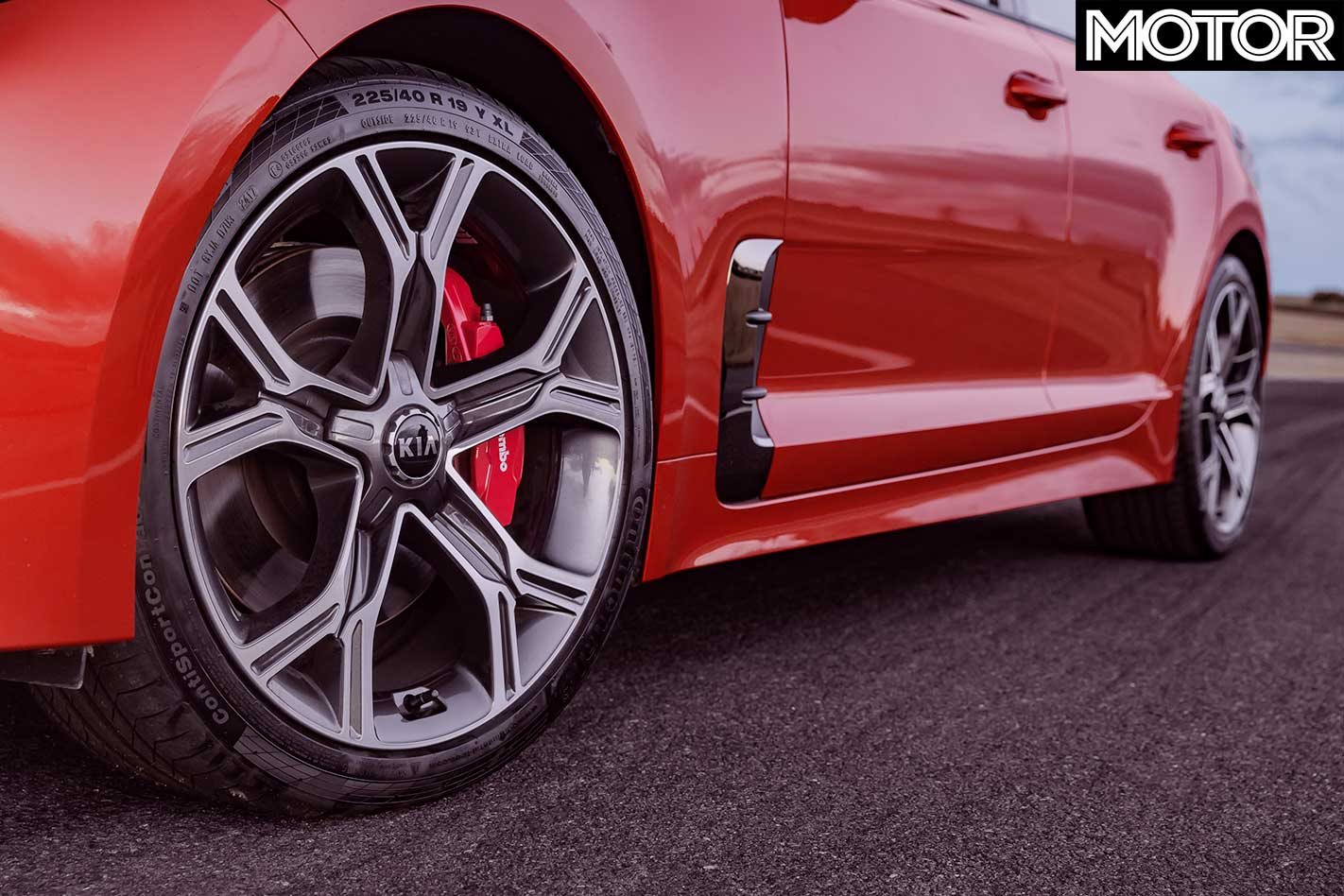 At the local launch of the Stinger last year, Kia Australia ditched the soft-compound Contis for the Michelins only for the Wakefield Park racetrack component of the first media drive. Now, Kia Australia has convinced headquarters to fit the 225mm-wide 40-aspect front/275mm 30-aspect rear rubber as standard here, at no extra cost.

“With Australian owners enjoying a generally more enthusiastic driving style the request was made to KMC [Kia Motor Company] to have the GT cars fitted with what are widely regarded as the more durable Michelin performance tyres,” Kia Australia general manager of media and corporate communications Kevin Hepworth explained.

“The R&D [research and development] team agreed and these tyres are now standard factory fit on the V6 GT.”