WORRIED the luxury car world was marching towards a small-capacity turbo future?

Well, with blokes like Toyota boss Akio Toyoda in the hot seat, you need not be concerned.
Case in point? Lexus’s new LC 500 coupe is Toyoda-san’s own personal pet project, designed to propel Toyota’s luxury arm back to the top of the pecking order.

The LC 500 is intended to go after BMW’s 6 Series and Merc’s S-Class Coupe, and has already been confirmed for a start in Australia by Lexus Oz boss Peter McGregor, calling the LC 500 “a lighthouse model for our expanding range”. No specs or prices have been confirmed, but expect to see it lob locally towards the end of 2016. 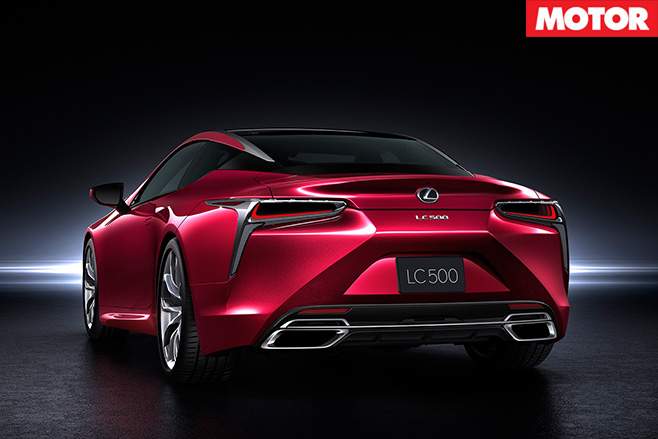 The coupe will pack 5.0 litres of quad-cam V8 goodness under its alloy bonnet, sending 351kW and 530Nm to the rear wheels via a world-first 10-speed auto. Lexus reckons it’ll knock over 0-100km/h in less than 4.5 seconds, too.

The ’box might be a traditional torque-converter style auto with flappy paddles, but Lexus boasts shift times close to those of a more performance-oriented dual-clutch.

You will already know the 2UR-GSE V8 from such performance models as the RC F and GS F. Lexus is already waxing lyrical about an augmented exhaust track, but you can judge for yourself here. 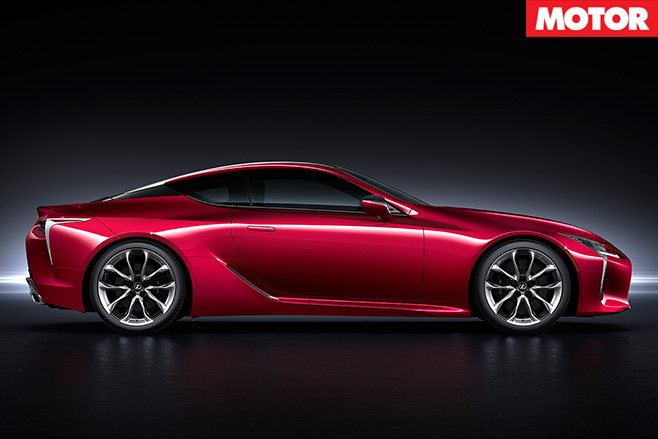 Begat from the Detroit LF-LC concept of a couple of years ago, the LC 500 also marks the debut of Lexus’s new Global Architecture Luxury (GA-L) rear-wheel drive platform, which is said to be the most torsionally rigid ever produced by the company – and stiffer even than the carbonfibre chassis underpinning the LFA supercar.

Lexus – and indeed Toyota – will roll the rear-drive GA-L platform out across several new models going forward, including the new Lexus LS limo – and possibly even a successor to the Toyota Supra. 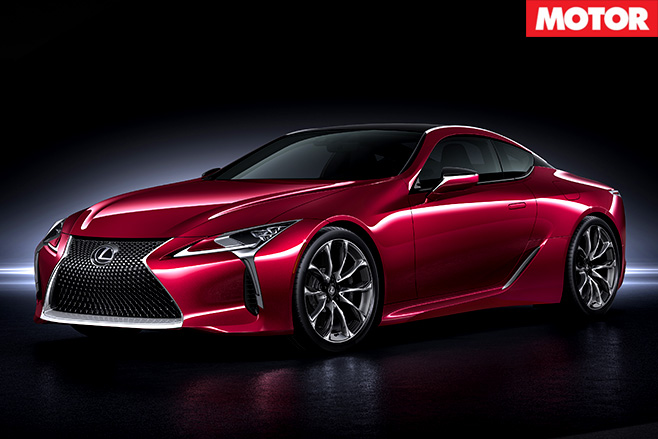 Suspension meanwhile is multi-link all ’round, with forged alloy control arms to reduce unsprung mass. Front brakes are rather large, too, with six-piston forged calipers bringing a halt to proceedings. 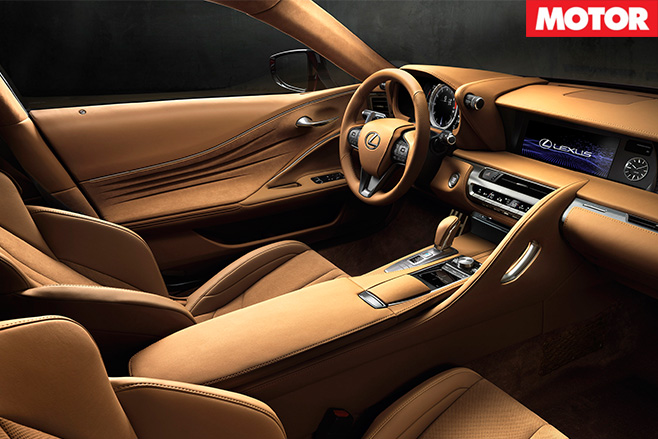 The 2+2 interior is stunning to behold, with LFA-esque binnacle controls, a sweeping central control stack and low-slung sports buckets.

TAIL END
It’s understood Lexus will offer rear-steering as an option on the LC 500, along with Bridgstone’s latest run-flats.

MOTLEY CREW
To ensure the LC departs from past models, Lexus used race drivers and selected journalists – company outsiders – to develop the car 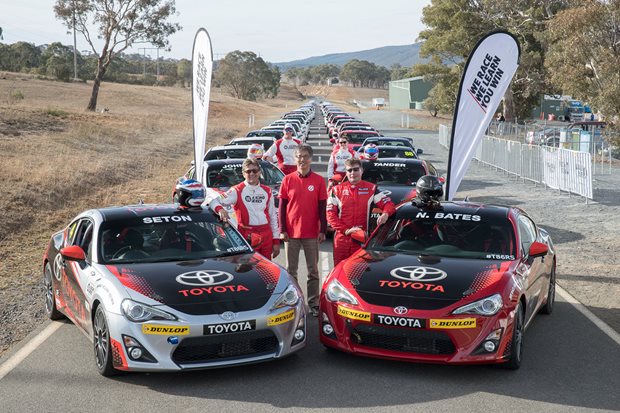 Next generation Toyota 86 under development 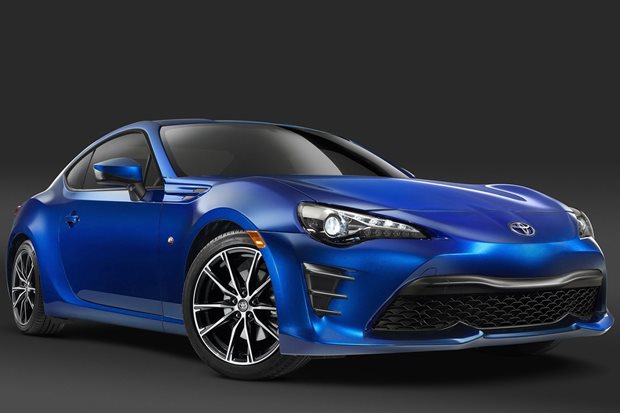 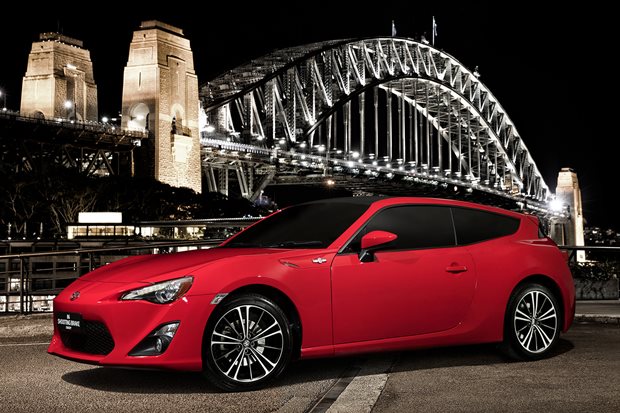