Oscar Piastri is about to take another giant leap towards becoming Australia’s next Formula One racer.

The 19-year-old from Melbourne, who scored a nail-biting victory in the 2020 FIA Formula 3 Championship, will test a Renault F1 car at Bahrain later this month alongside returning superstar Fernando Alonso and fellow upcomers, China’s Guanyu Zhou and Denmark’s Christian Lundgaard.

Piastri, who is a member of the Renault Sport Academy, will spend a full day behind the wheel of a two-year-old Renault RS.18 racer at Bahrain on October 30, joining an elite group of Australian race drivers to have officially driven a Grand Prix machine.

Super excited to reveal I’ll be driving the R.S.18 F1 car in Bahrain next week! A massive thank you to @renaultf1team for this opportunity, I can’t wait.

Speaking to Wheels in an exclusive interview in the lead-up to today’s announcement, Piastri said he was “super excited” about the opportunity ahead of him.

“I kind of knew that if my results were good this season that that was on the table,” he said.

To be honest, I’ve known it was coming since the end of the season, but it is very, very cool and the anticipation is immense. It doesn’t get any quicker than an F1 car, so I’m very excited to drive one of the world’s quickest cars.”

He has driven laps in Renault F1’s high-tech simulator earlier this year and was due to complete more virtual seat time this week in preparation for the Bahrain test as well as being embedded more deeply in official engineering sessions at the Enstone factory during this weekend’s Portuguese Grand Prix at the Portimao circuit. Piastri is expected to graduate to the second-tier Formula 2 championship in 2021 but has yet to confirm exact details such as which team he will drive for.

He says the F1 test is as much as a reward for winning the F3 title as it is an exploratory first step towards the summit of motor racing, and – even though he is already qualified to earn an F1 Superlicence – doesn’t anticipate it being a shootout against Zhou and Lundgaard for a position as the team’s official test and reserve driver in 2021.

“I don’t think there is anything like that,” he said. 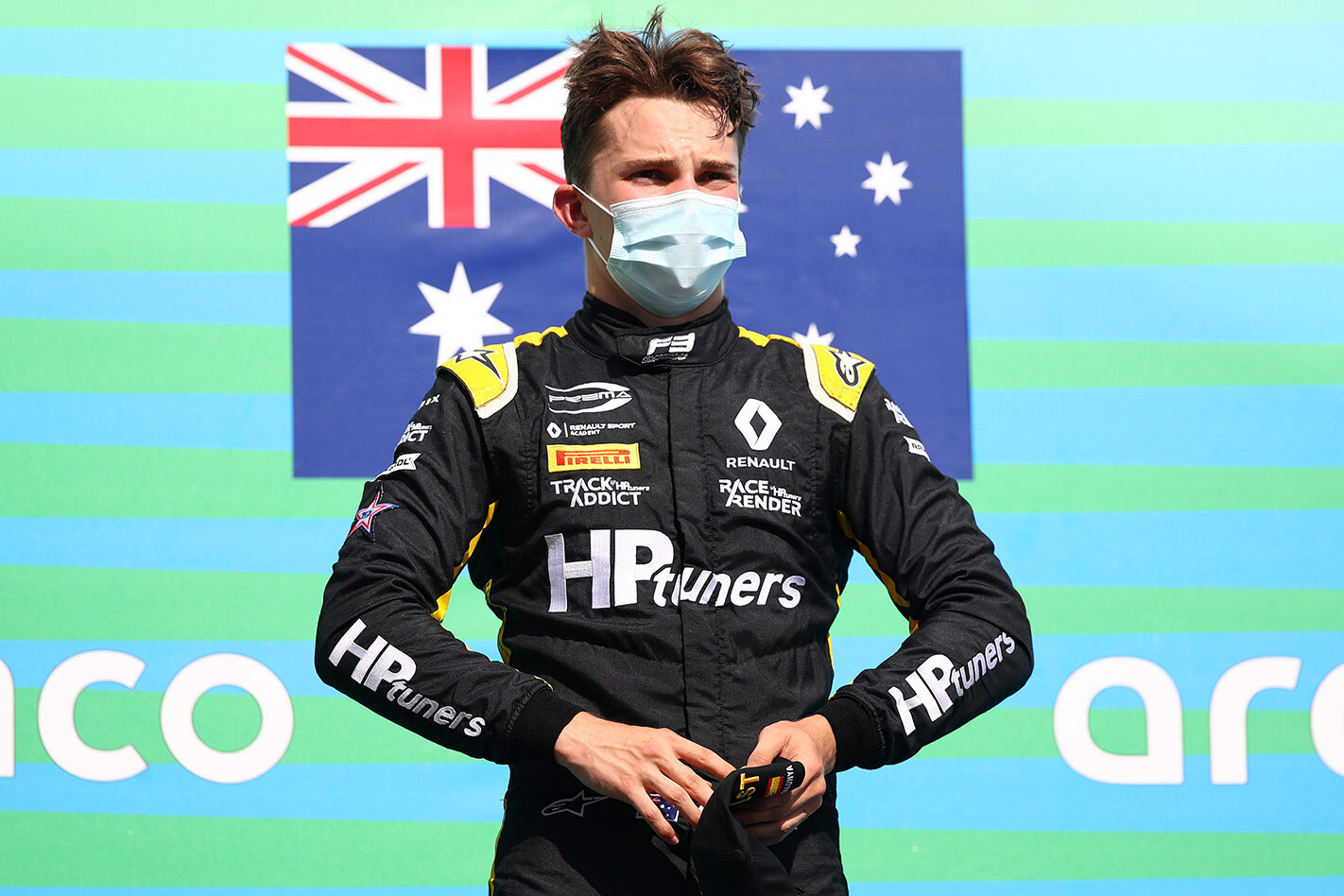 “I think it is part of the Academy’s program in preparing the drivers and giving us knowledge on the way to F1. It isn’t any kind of shootout, or something like that.”

While he acknowledges there is pressure to perform, Piastri says he plans to soak in and revel in the thrills of driving an F1 car for the first time.

“I’m just looking to enjoy the experience and learn as much as I can and hopefully my head is still perched on my neck at the end of the day,” he joked.