Debate me: Is Daniel Ricciardo overrated?

Daniel Ricciardo: Is the guy overrated in Formula 1? The reason I ask comes via a fairly innocuous tweet from F1 journalist Byron Young. It was pretty straightforward and he’s a gent whose opinion carries some clout. “Personally I’d like to see @danielricciardo at Ferrari. The guy will win a world title. The only question is: who with?”

That tweet rankled with me. I composed an answer and then deleted it. Wrote another one, posted it and then deleted it again. After a while, I asked myself what was my issue with Young’s opinion and it dawned on me that, for a deputy editor at Wheels, I held the noxious opinion that Daniel Ricciardo wasn’t good enough to be considered in the very top tier of Formula 1 drivers. 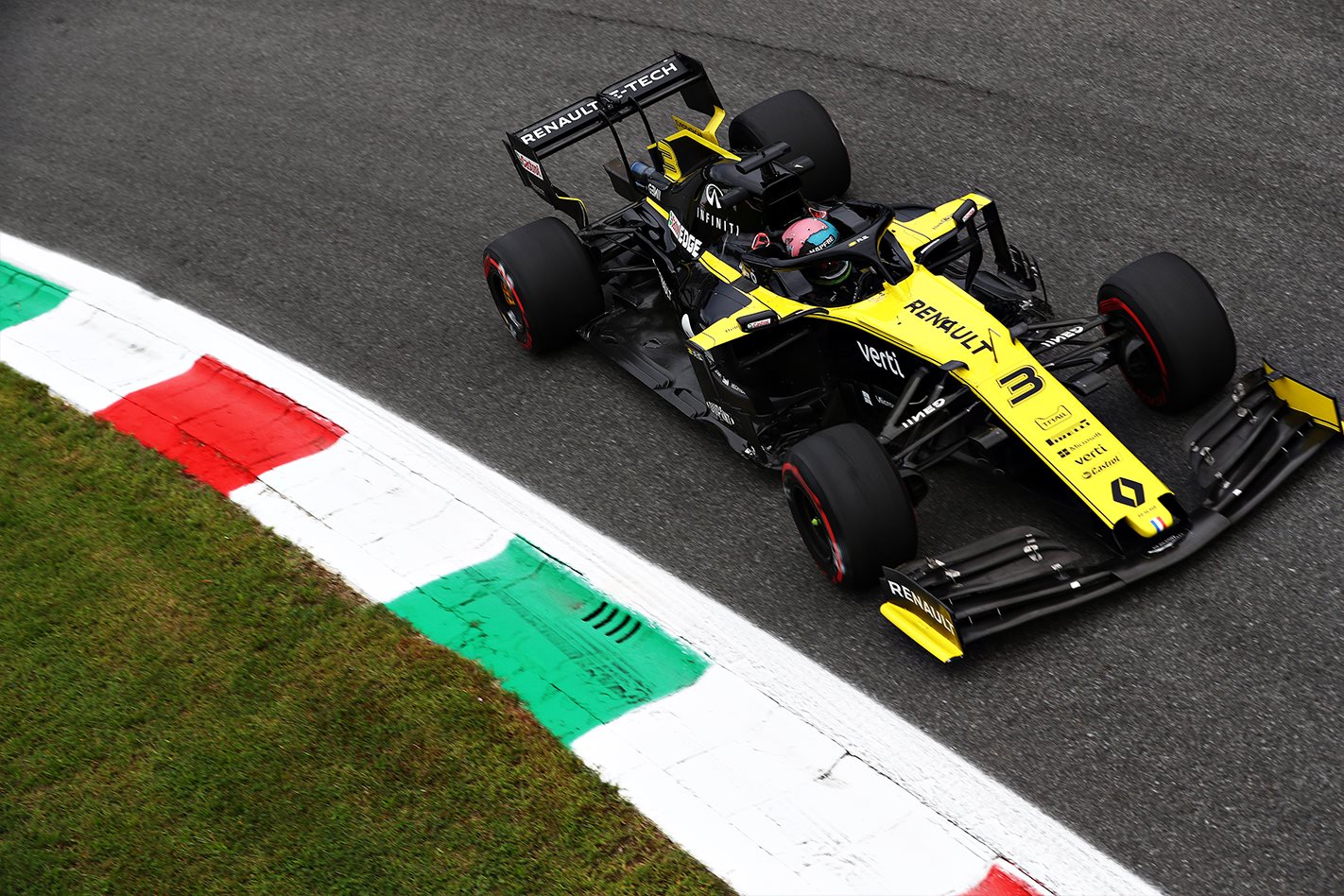 Cameron Kirby, our resident motorsports walking brain, disagrees with me. Over to you, Cam.

Firstly, how dare you besmirch the good name of our lord and saviour Danny Ric. Secondly, I think if anything, Ricciardo is underrated.

Glenn Freeman, the video content editor for motorsport bible Autosport, keeps track of what has become known as the ‘Class B championship’ in F1. Essentially, it removes the Big Three teams from the equation, and looks at what F1 would look like if it was mid-field teams fighting for the championship.

Following the Russian Grand Prix, Ricciardo sits fourth in the Class B championship, on 144 points. Hulkenberg is fifth on 143.

That doesn’t tell the whole story, though. Reliability issues have continued to plague him, even after switching to Renault. He has also been the innocent victim in a number of mid-field scraps which have hurt his races. Despite this, Ricciardo has ‘won’ three races in the Class B championship, while his teammate Nico Hulkenberg has a big fat zero against his name.

Ricciardo is unmatched when it comes to making daring passing manoeuvres. His ability to scrap and battle wheel-to-wheel, without simply pushing his opponents off the track, is second to none. Helping this is his clear superiority under brakes over the rest of the field.

Yes, he spent time in one of the Big Three teams while at Red Bull, earning him seven race wins, but the squad was far from a consistent race-winning threat. Put Ricciardo into a Ferrari or Mercedes-AMG and I think that tally would be much, much higher.

Max Verstappen arrived at Red Bull after Ricciardo had already put in two years of development under the new hybrid regulations, and was vaulted into number one status to the Aussie’s detriment by team management. Christian Horner and Helmut Marko can claim they didn’t have favourites as much as they like, but it’s clear to anyone that Verstappen was given favourable tactical treatment during races.

Now, to temper all that with some realism; I’m not a one-eyed fan and can admit there are chinks in Ricciardo’s armour. He is prone to mid- or late-season slumps, which a future champion simply cannot succumb to. In 2019, his Renault teammate has scored 58 Class B points following the summer break, compared to Ricciardo’s 32. Not good.

He is also being currently overpaid. A legal battle with a former manager has revealed the Perth-born driver brings home near-enough $41 million a year, which would undoubtedly be eating into Renault’s R&D budget at a time when it needs it most.

So Ricciardo isn’t perfect or the best driver on the grid right now, and would need to clean his act up to beat the likes of Hamilton over a full season. But overrated? Not a chance. Back to you, Enright. 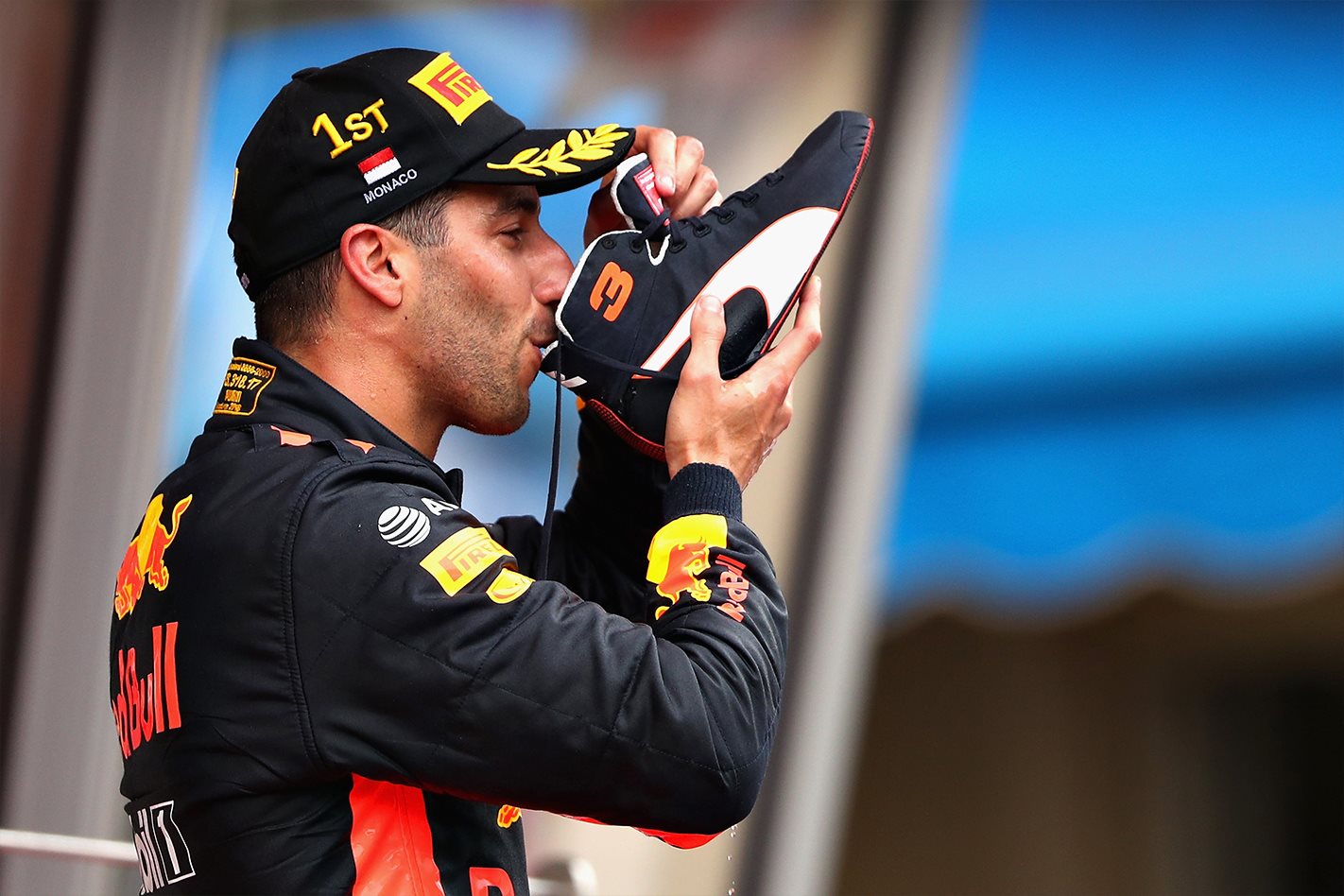 Daniel Ricciardo has won seven races. That’s less than one per year across his F1 career. Five of those years were spent with one of the Big Three teams, Red Bull. True, those five years coincided with the dominance of Mercedes, but in the last four years Max Verstappen has coaxed the Red Bull to seven wins and his formline is on the rise.

Read next: A brief history of ‘the shoey’ in motorsport

By contrast, Ricciardo, who was thrashed 247pts to 170 by Verstappen in the Red Bulls last year, now finds himself in the mid-field Renault, level on points after 16 races with his teammate Nico Hulkenberg. Remember that Hulkenberg is a driver who has never won an F1 race in 172 starts and was schooled in 2015 and 2016 by teammate Sergio Perez. Yet Ricciardo seems to be having a tough time establishing dominance here.

Those who point to Ricciardo’s retirements as the reason for his modest points tallies aren’t really dealing with facts either. His retirement rate stands at 19.28 percent, a little lower than Verstappen’s 20.62 percent and Hulkenberg’s 22.09 percent. 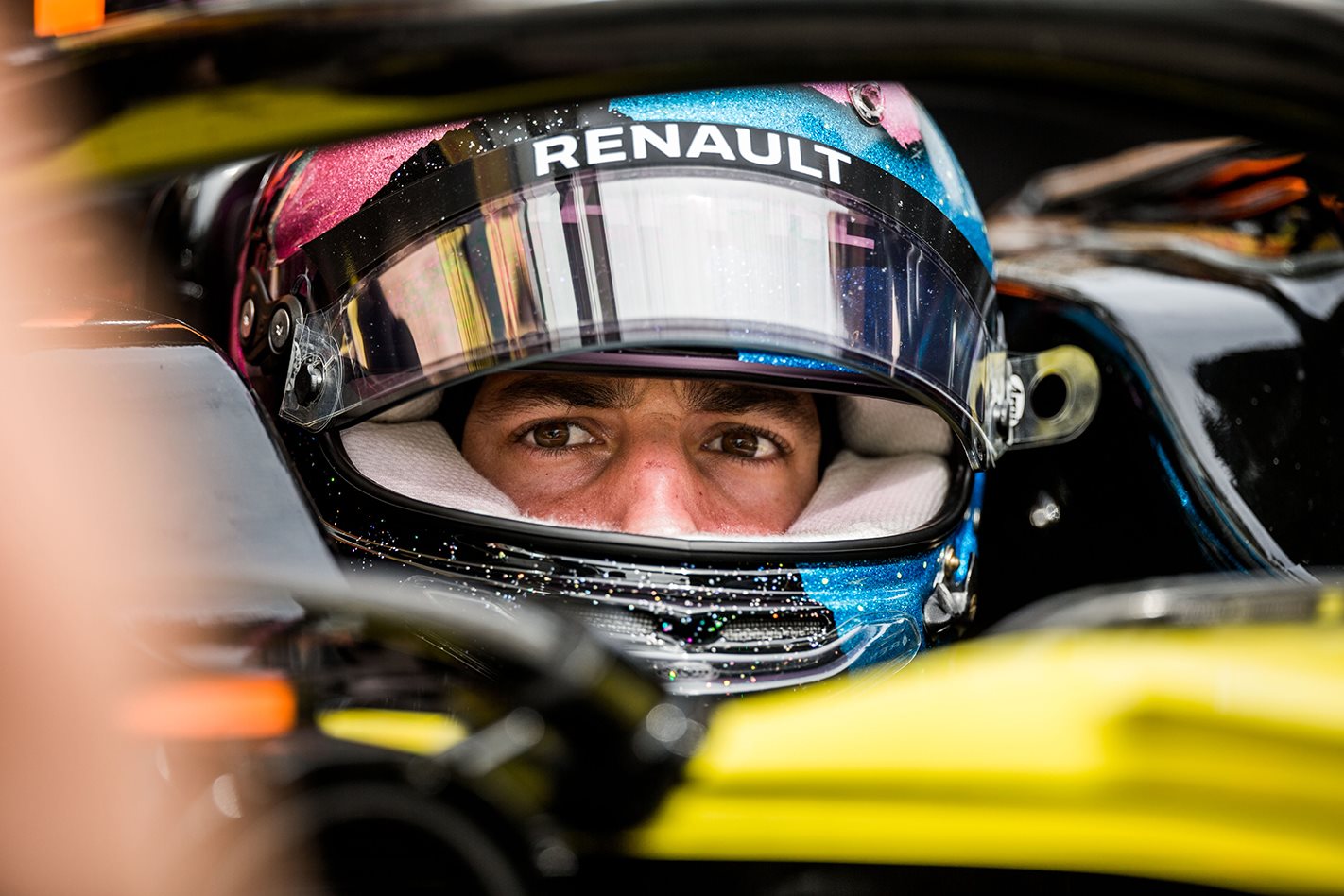 Getting back to Byron Young’s point, I have to wonder how he sees that world title materialising. The way I see it, there are three ways that Ricciardo could win a world title and you’d stake your house on none of ‘em. The first is in the event that one of the mid-field teams makes a massive progression, possibly due to better interpretations of the 2021 rules. Or a new engine supplier. More on that later.

The second is that he signs with Ferrari as a Leclerc understudy, Maranello produce a dominant car  and Leclerc is unable to compete for one reason or another. Remember the 1999 season when Michael Schumacher broke his leg at Silverstone, gifting the title to Eddie Irvine? Except that Irvine blew it with a string of mediocre results in by far the quickest car of the season, but you get the point. Again, not something you’d count on.

The third is that Lewis Hamilton equals Schumi’s seven titles and calls it a day, opening up a berth at Mercedes. That presupposes that Mercedes is still an F1 team after 2020, that it rates Ricciardo as its best option, that Ricciardo can outperform his putative teammate at Merc and, given his current salary at Renault, he’s perceived as good value. That’s quite a combo of stars that all need to align. 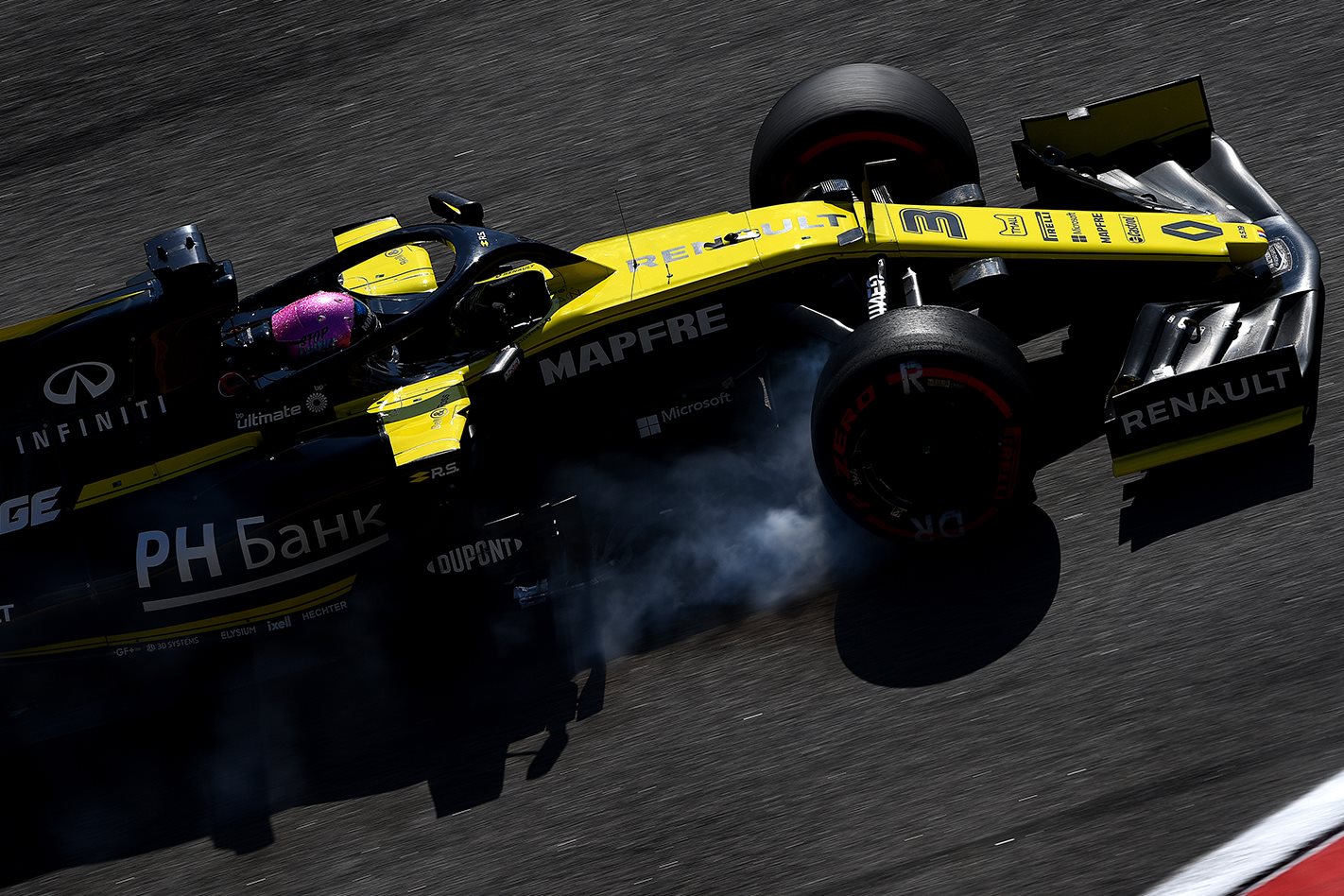 Dan’s a likeable chap and a bloody good pedaller. I just don’t think he’s in the top drawer of current drivers alongside Hamilton, Verstappen and Leclerc. He’d be a #2 at any of the top teams at the moment, and with good reason. Likewise, I don’t believe he’d outperform Sainz at McLaren, given that the Spaniard has virtually doubled Ricciardo’s points haul this season with a customer version of the same Renault powertrain.

Read next: Webber says Ricciardo’s Renault move is ‘a concern’

McLaren represents that one team that – with Mercedes power from 2021 – has the greatest potential to leap from the mid-field. This is key because a resurgent McLaren could be the smart pick for anyone with an eye to the long game. And yet why would McLaren spend the big bucks on the Aussie who is currently being outpointed by rookie Lando Norris? What’s more, he’d be 32 years old in 2021, which isn’t ideal when switching to a new team for a world title assault. The last driver older than that to switch to a new team and then claim a world title was Damon Hill a quarter of a century previously. There’s too much to learn, both from a procedural and cultural regard, to manage that today. Look at Ricciardo’s struggle to get the best from his new team this season after all those years in the Red Bull bubble.

So, yes, I’m still utterly convinced that Ricciardo’s overrated. He’s drawing a champ’s salary while bumbling around in the lower mid-field. If he ever wins a world title, Cam Kirby can choose the hat that I’ll happily eat. 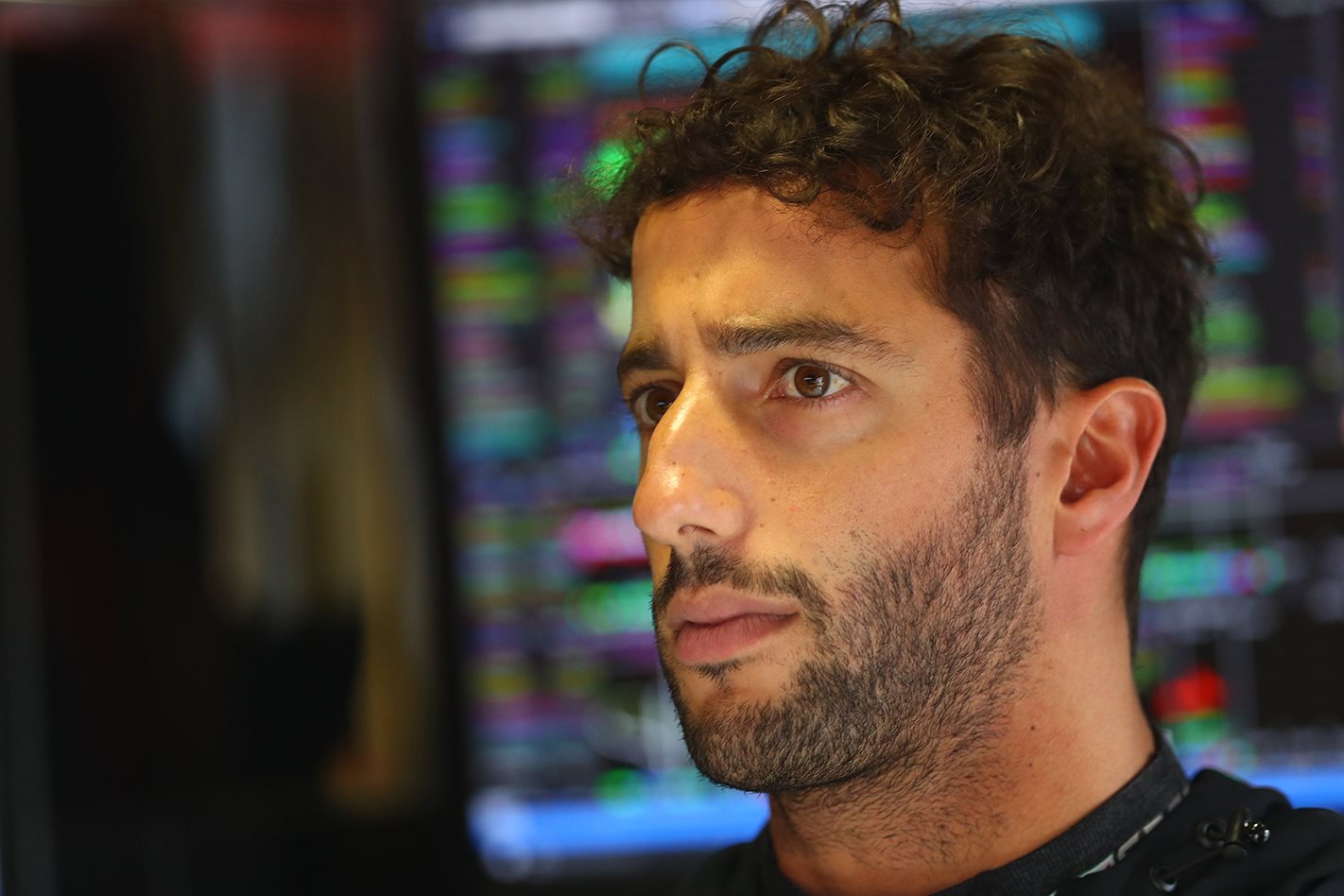 Who are you backing on this one, Kirby or Enright? Hit up the comments and let’s get this settled once and for all!