The fastest road-going 911 is about to officially launch at Goodwood and, with 515kW, launch it will. 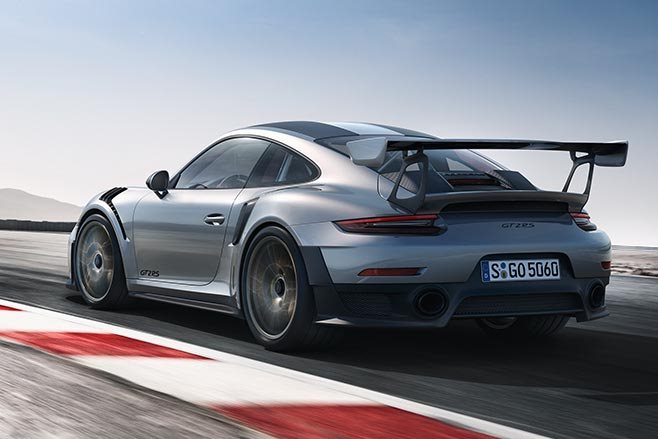 This is helped along by a custom 7-speed PDK which enables rapid gear changes with “uninterrupted traction”.

Porsche says the GT2 RS will carry on to a blistering top speed of 340km/h.

Its 3.8-litre biturbo flat six is built on the 427kW 911 Turbo S engine, but with larger turbos, an additional cooling system which sprays the charge-air cooler with water when it reaches high temperatures. 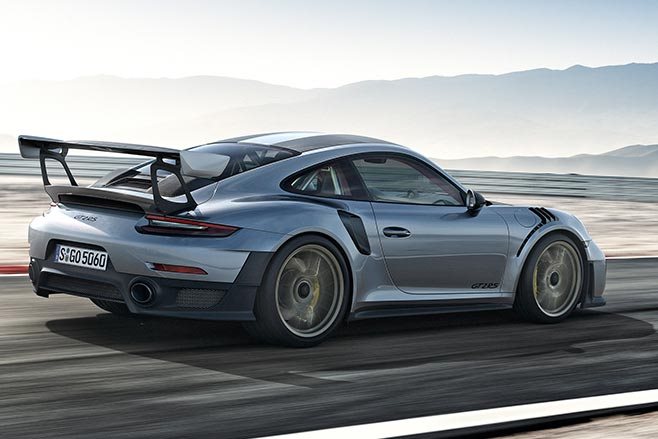 Weight saving measures means that the GT2 RS is 130kg lighter than the Turbo S, even before the optional Weissach pack which lops off an extra 30kg.

For example, the GT2’s exhaust system is made from extra-lightweight titanium and is about seven kilograms lighter than that of the 911 Turbo.

With the Weissach pack, however, the roof, anti-roll bars, and coupling rods on both axles are made of carbon. Magnesium wheels reduce unsprung weight, and the luggage compartment lid and carbon roof get a strip in the same colour as the car.

Inside, the GT2 RS gets lashings of red Alcantara, black leather, and carbon-weave finish, with a sports steering wheel and full bucket seats. 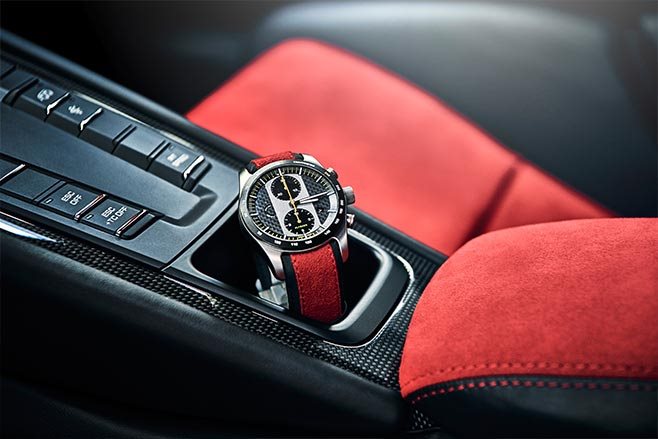 If the car isn’t quite enough for Porker punters, buyers are also given the ‘opportunity’ to buy an exclusive watch with the car, reserved for GT2 RS owners.

That, of course, will add a few (thousand, probably) dollars to the already hefty $645,400 price tag Australians will face, if they manage to secure one.

First local deliveries are expected in early 2018, but prices for the Weissach pack, the Chrono pack, and the watch are yet to be finalised.