EV start-up Bollinger Motors released updated concept images of its B1 and B2 all-electric vehicles earlier this week.

The production-intent renderings of the two trucks show comprehensive tweaks to substantially improve the design and performance of the upcoming vehicles, despite retaining the same boxy body style.

PATENT FILED: B1 and B2 officially patented

"These renders represent thousands of engineering hours, several innovations and patents and most importantly, immense amount of passion and care," Bollinger Motors said in a statement on its official Facebook page. 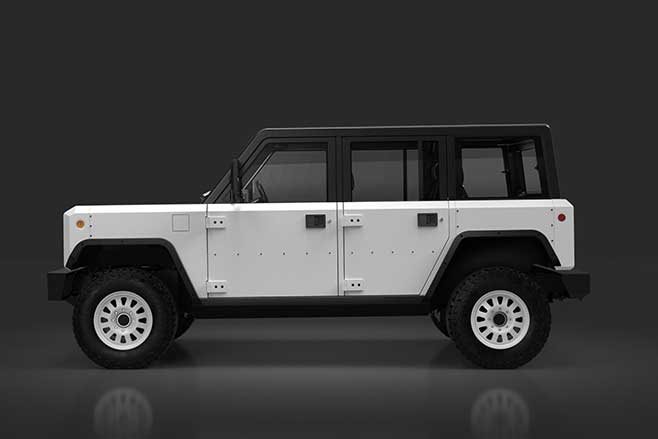 "We use images like these to evaluate the surface data, confirming that all of the intricate and subtle design details work together in a cohesive package," it said.

One of the most considerable changes was raising the "beltline" of the truck, which is said to create more packaging space in the "frunk" as well as raise head clearance. Bollinger Motors added that "by keeping a majority of visual weight below the beltline, it creates a more stable and sturdy appearance."

These design changes were possible due to a breakthrough by Bollinger's boffins, who were able to reduce the overall radiator size and utilise one slim cooling unit - therefore the dual top-mounted radiators were no longer required. 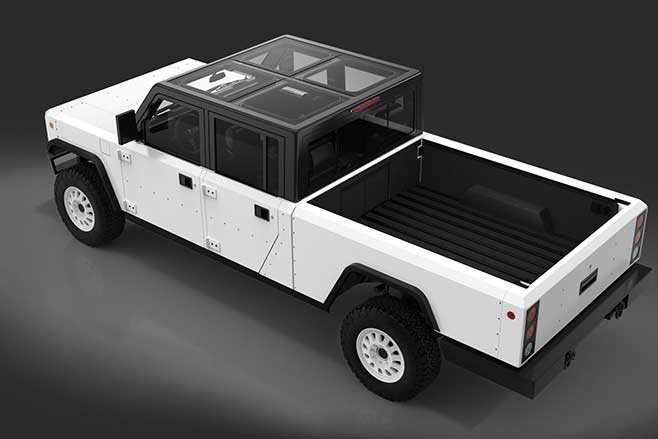 A number of other changes were made to both the B1 wagon and B2 pick-up, including moving the B-pillar forward, adding manual crank windows, and increasing the size of the windshield, side glass and rear glass.

For the B2 pick-up specifically, the bed is now independent of the cabin, "making commercial chassis cab applications, repair or replacement easier".

The production-spec B1 and B2 will share the same dual electric motor set-up – totalling 458kW and 906Nm – which will run through a two-speed Hi/Lo gearbox.

READ MORE: Bollinger B1 and B2 in detail 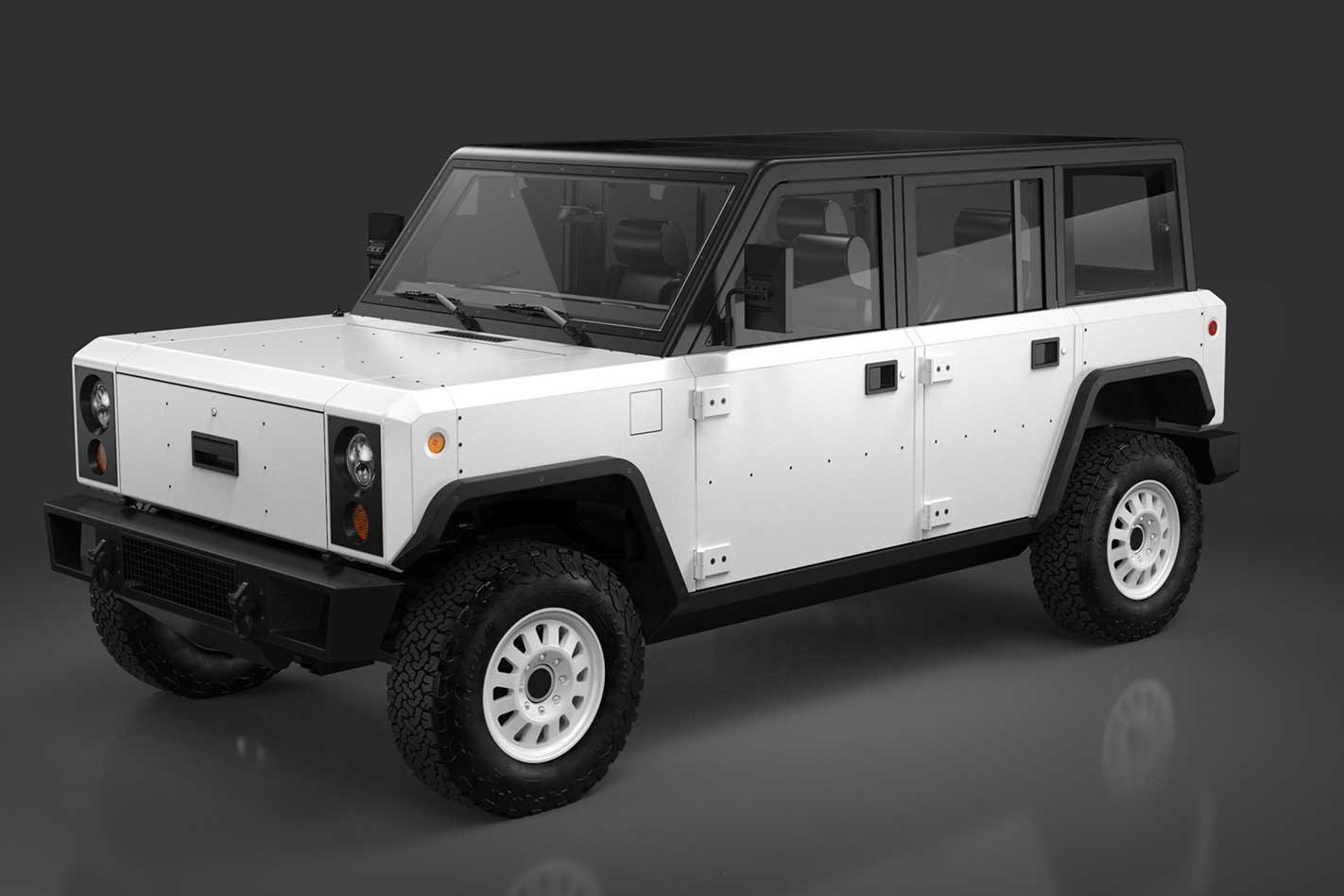 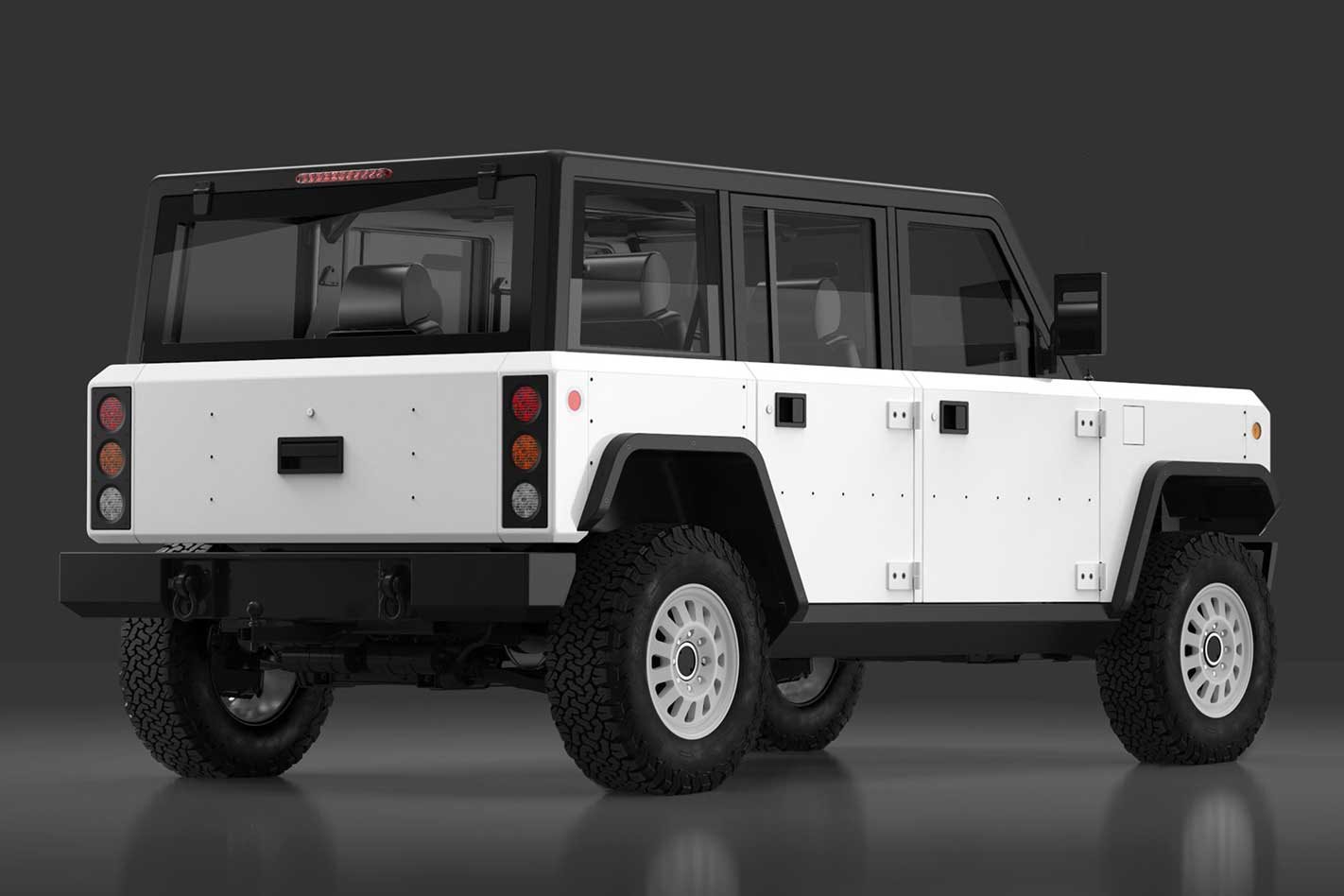 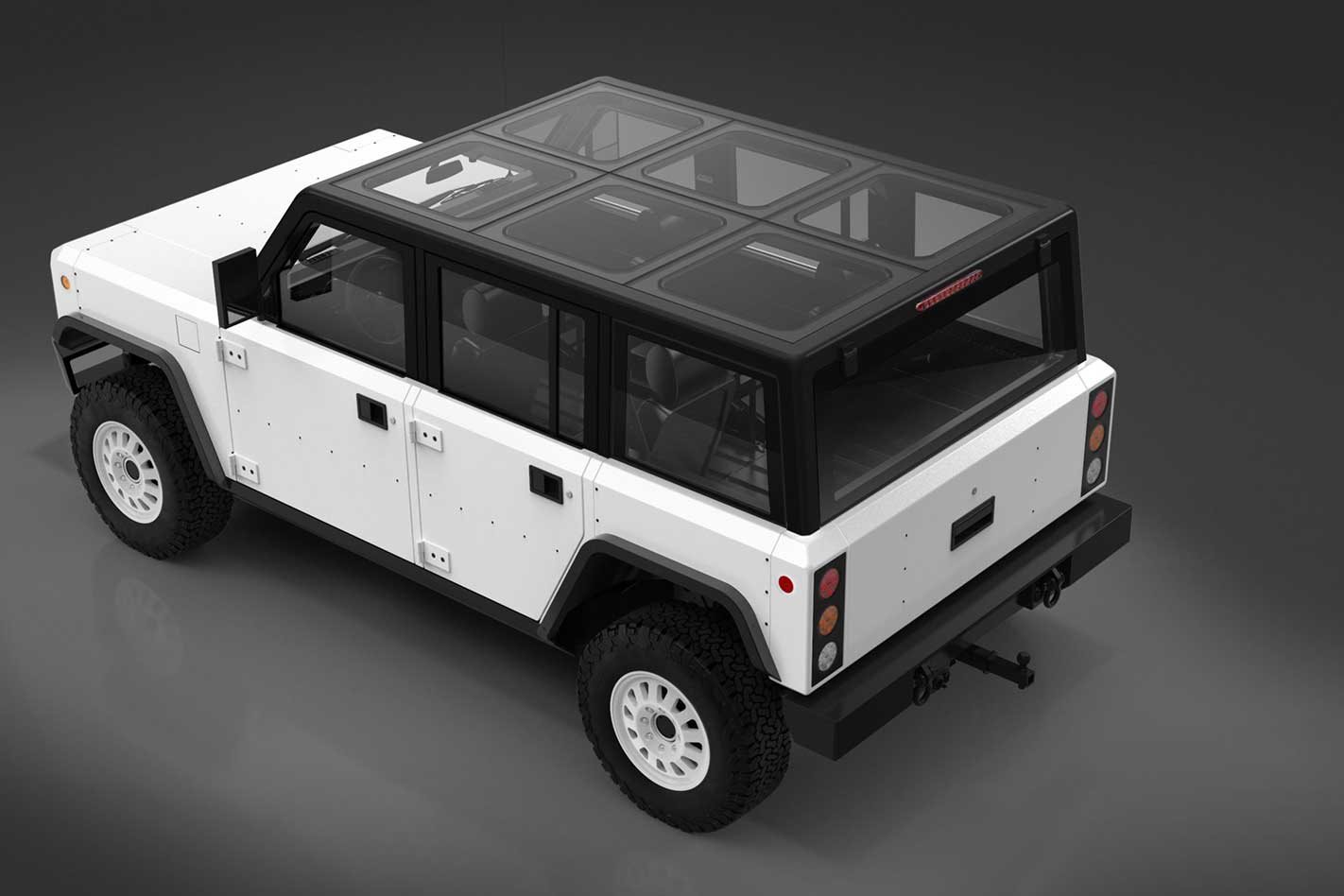 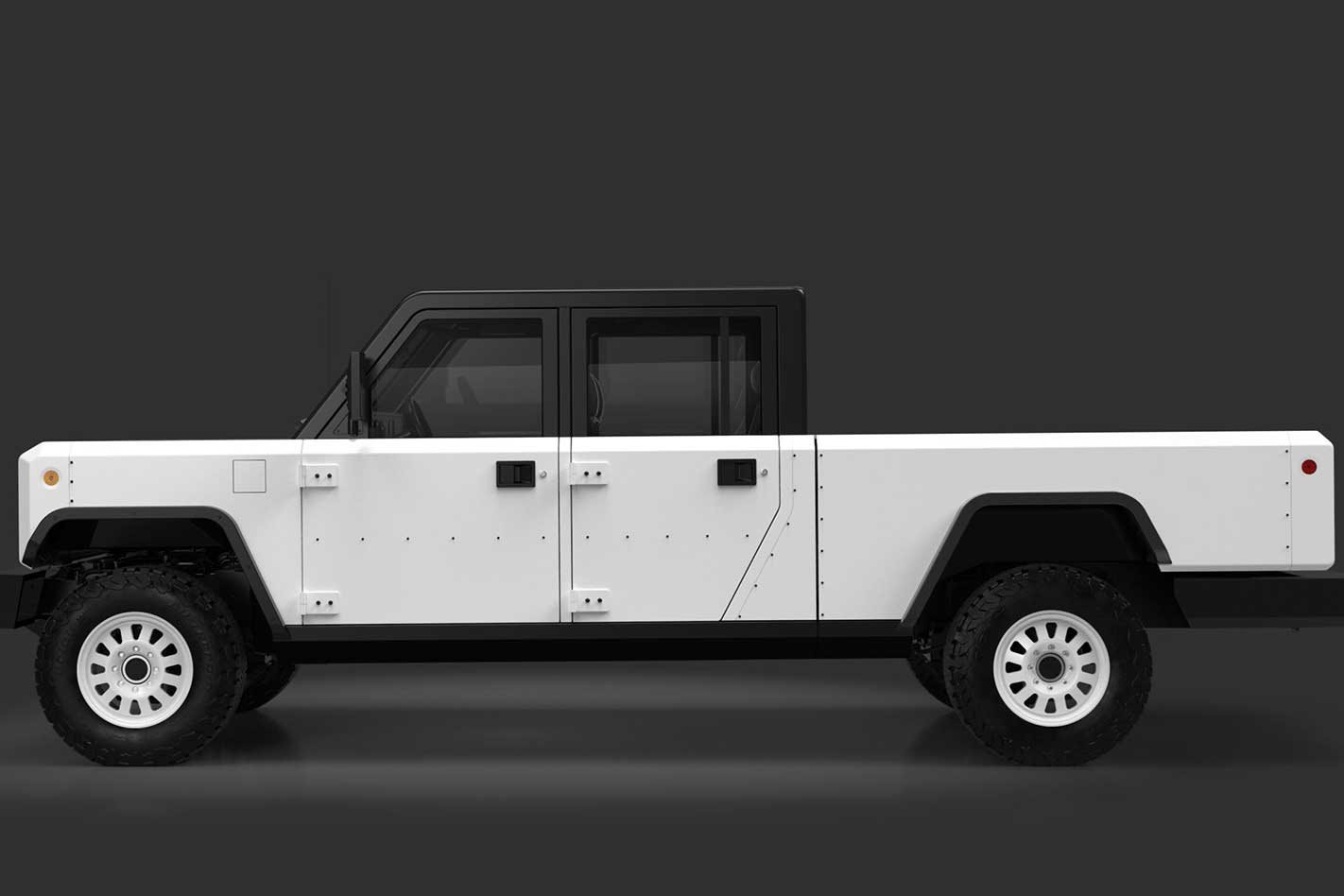