‘F5’ is the highest rating for Tornado wind speed on the Fujita scale, at over 200mph (322km/h). But the Hennessey Venom F5 will be even faster than that.

With a predicted top speed of 484km/h, the Venom will be a proper supercar, and proof that Europe doesn’t have a monopoly on the category. To 400km/h? Hennessey says less than half a minute.

With a ridiculous 1193kW twin-turbo V8 hauling a rear-drive car along that quickly, you have to wonder how stable it’d be.

Hennessey claims the F5’s aero parts give it an impressive drag coefficient of just 0.33. A Bugatti Chiron’s drag is 0.35 in its fastest mode.

Additionally, the F5 boasts a kerb weight of just 1338kg, giving it an insane power-to-weight ratio of 892kW per tonne. 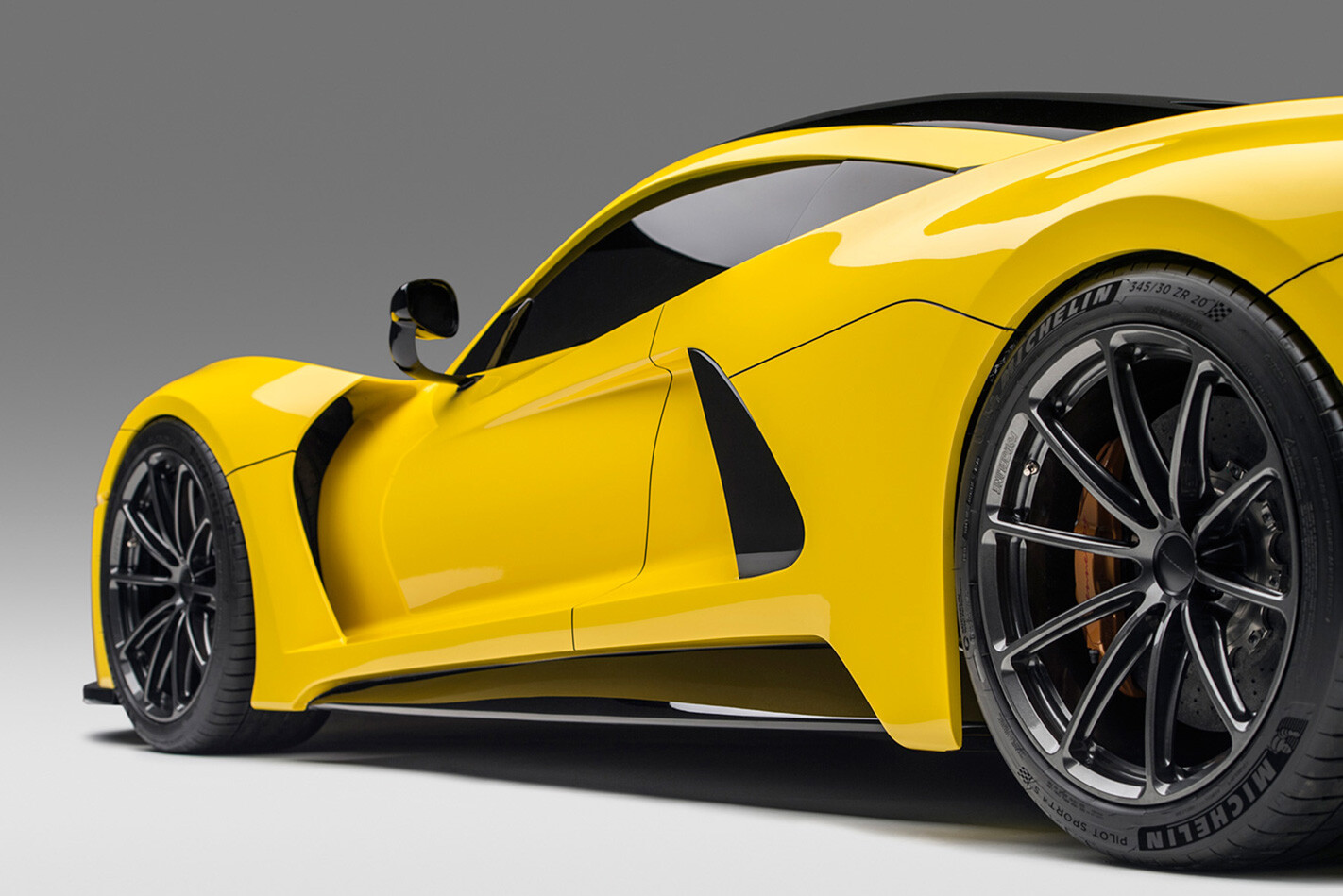 “We’ve designed F5 to be timeless so that in 25 years it will still have a level of performance and design that will be unmatched,” Hennessey founder and CEO John Hennessey says.

“The F5 is an all new car, designed and built from the ground up, from the engine to the chassis. We expect the Venom F5, named for the most powerful tornado speed winds on the Fujita scale, to be the first road car capable of achieving more than 300 mph and have worked closely with Pennzoil to get us across the finish line.”