The Hyundai i30 N is getting closer, with the production car anticipated to be released at this year’s Frankfurt Motor Show in September.

As development continues, Hyundai has installed its lead driver in the World Rally Championship, Thierry Neuville, to offer his feedback on this important new model, the first to be launched under Hyundai’s ‘N’ performance brand.

It’ll feature a 2.0-litre turbocharged four-cylinder with 184kW, or 202kW when optioned with the Performance Pack. This will be fed to the front wheels through either a six-speed manual or eight-speed dual-clutch transmission to an electronically-controlled mechanical LSD.

Despite being front-drive only, the ease with which Neuville is able to fling the rear end around gives us hope Hyundai has abandoned its ‘safety first’ dynamics mantra for a more exciting chassis balance to challenge the likes of the oversteer-loving Ford Focus ST.

If not, well at least there’s a manual handbrake, a welcome touch not just for wannabe Ken Block moments but also for daily ease of use. 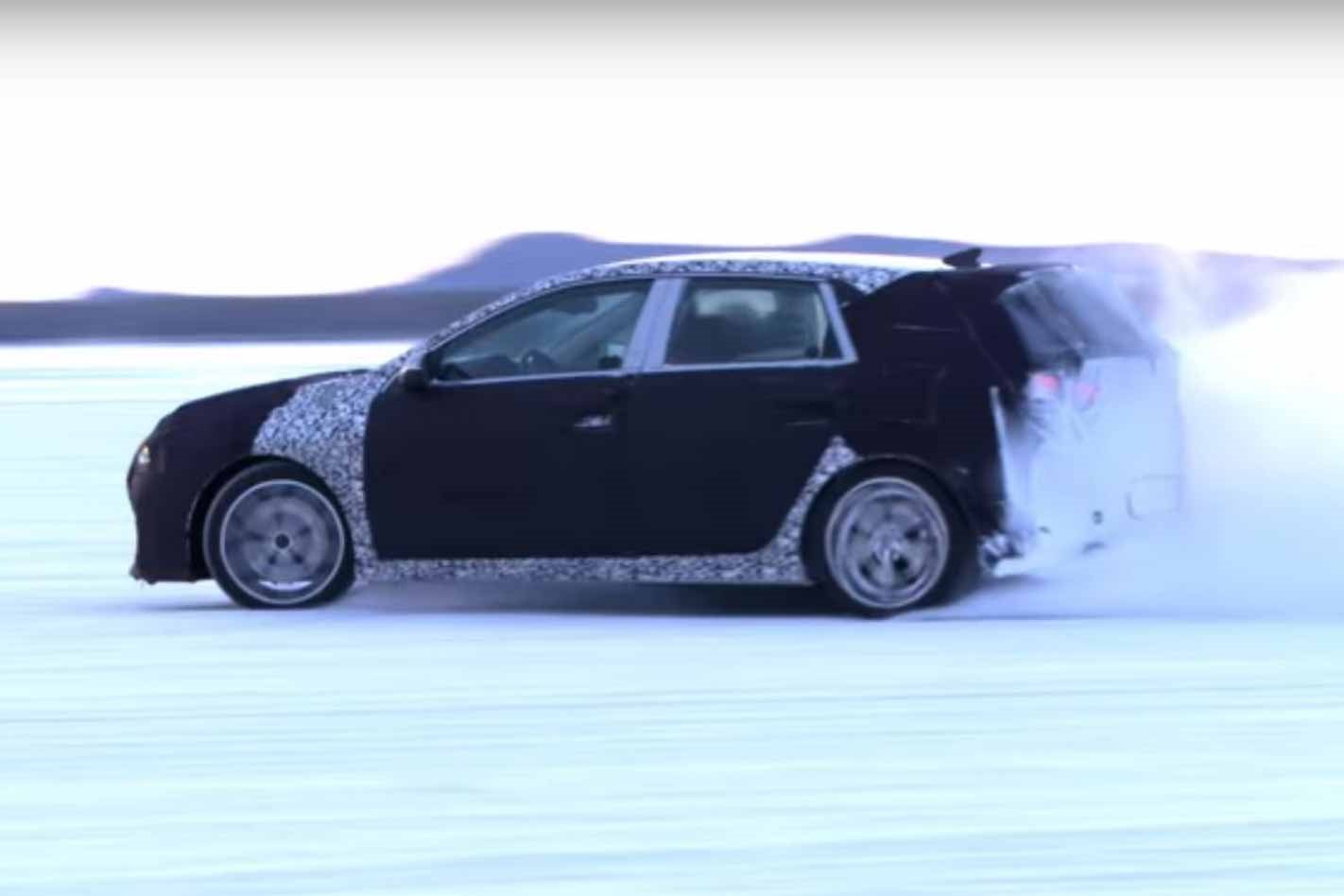 The i30 N has been extensively developed at the Nurburgring under the watch of Albert Biermann, former head of BMW’s M Division, who has been tasked with making sure driving enthusiasts have cars like the i30 N and Kia Stinger GT on their shopping lists.

Scheduled to arrive in Australia in 2018, Hyundai’s first true hot hatch will face a tough test in the form of Volkswagen’s updated Mk7.5 Golf GTI. Let the battle commence.