The blitz followed Toyota’s decision to heavily discount the GR Yaris to spruik interest in the newly launched GR brand that will soon also welcome a C-HR spin-off.

It proved a winning strategy, with driveaway pricing also helping the first 1000 cars find keen buyers within one week. At about halfway through that order process Toyota revealed two-thirds of customers opted for white with the remainder split evenly between red and black.

They could potentially arrive in the second half of 2021 following the launch of the more expensive and lower-stock Rallye variant that introduces the vaunted Performance Pack – which we've detailed below. This now only leaves demo examples in dealerships and the company’s press fleet as the remaining cars in Australia, but don’t expect to snap them up at the same price.

WhichCar understands dealers can sell their demos as used cars, thereby letting them set the price. The press cars, still awaiting the official GR Yaris launch in the coming weeks, are also due to filter back through Toyota before potentially seeing auction.

Toyota confirmed the technical specifications for Toyota's pocket rocket, its 1.6-litre three-cylinder turbocharged engine producing 200kW and 370Nm in a 1280kg body, resulting in a 0-100km/h claim of just 5.2 seconds. 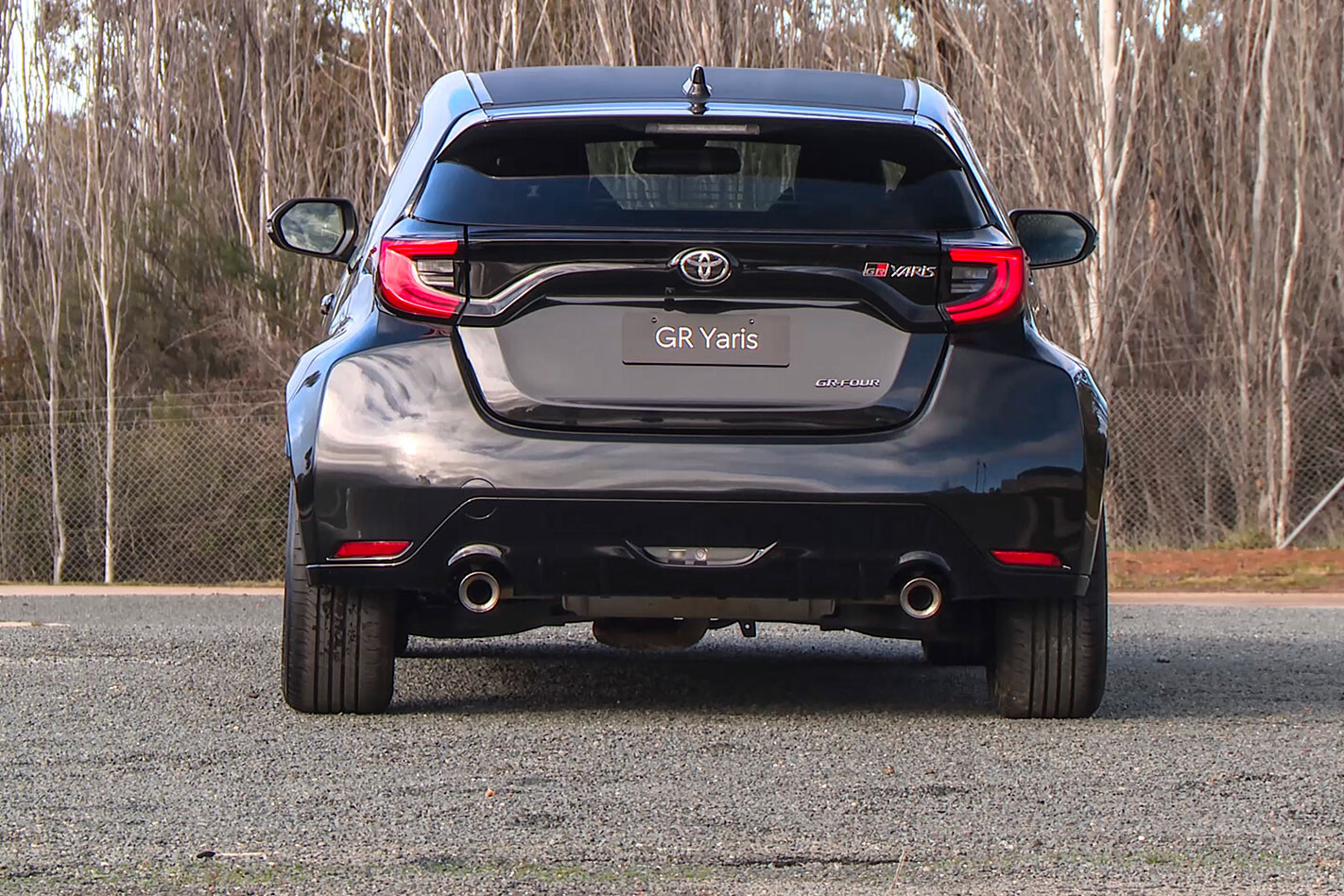 In a further piece of glory-be news for potential Australian owners, Toyota Australia has had a change of heart about supplying the GR Yaris here complete with the formerly scorned Performance Pack.

Initially, the pack was off the table for our cars, with Hanley telling MOTOR “we believe that the [standard] GR Yaris is a very capable car that will meet the requirements of the target audience in the Australian market.”

Following feedback from press and customers, Hanley confirmed that a Performance Pack-equipped GR Yaris variant called the Rallye - a nod to the Celica GT-Four Rallye that was offered in Australia - will be available in the first half of 2021.

Initial availability is limited to 250 cars with a higher price tag than the base car. However, there is the ability to increase this number depending on customer demand, Hanley saying the initial offering is "testing the market" for a $55,000-plus three-door small hatch.

Hanley stressed Toyota Australia's commitment to establishing Gazoo Racing brand in Australia, spearheaded by the GR Supra and Yaris, pointing to Toyota's 20-year commitment to hybrids in the local market.

MOREHow much will the GR Yaris cost?

As part of this, the new GR Yaris will join the Australian Rally Championship as part of the Neal Bates Motorsport team, but the exact date of its debut it still to be determined.

Customers can order the GR Yaris with a $1000 deposit and the first 50 myToyota members who order online will also receive 20c/litre off Caltex fuel for the first 12 months following their delivery.