Hilux Rogue, Rugged and Rugged X added to local line-up with pricing from $54,990

TOYOTA Australia is referring to three new additions to its Hilux line-up as ‘halo’ models, but don’t expect improvements to power, performance, or handling.

Instead, the new arrivals – called Rogue, Rugged, and Rugged X – are aimed at delivering greater urban utility and style (Rogue), or improved off-road durability and functionality (Rugged and Rugged X). 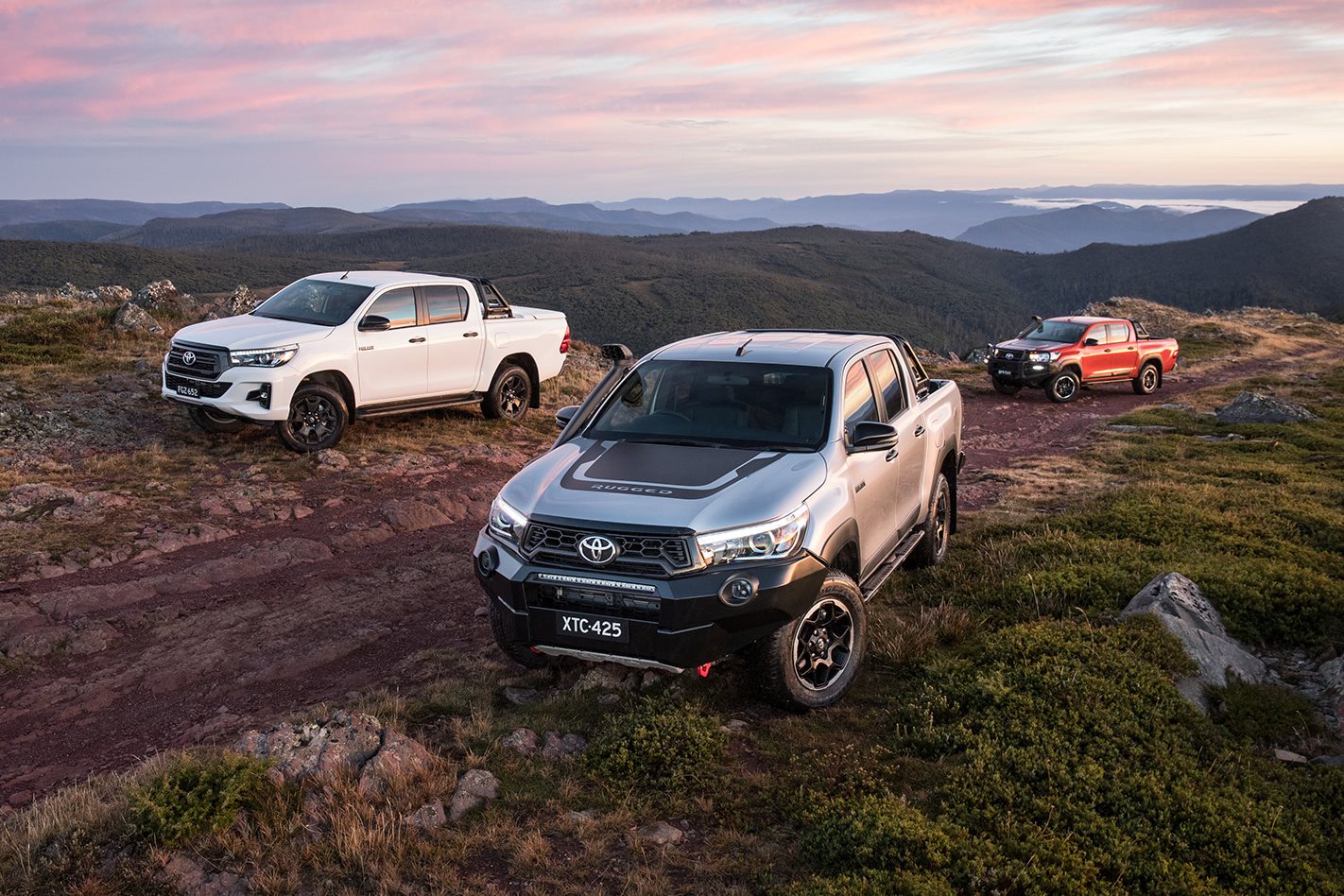 The Rogue is based on the SR5 model, and adds a much tougher, bluffer snout, fog lights integrated into the lower section of the revised front fascia, and a revised design of (same size as SR5) 18-inch wheels.

At the back, an integrated sports bar is rated to carry 75kg on top, or handle 250kg tethered to it. The cargo compartment gains a healthy improvement in terms of convenience and security, now covered by a hinged hard tonneau cover with internal light, and locking integrated with the vehicle’s central system. The tub is now lined with marine-grade carpet and gets additional dust seals. 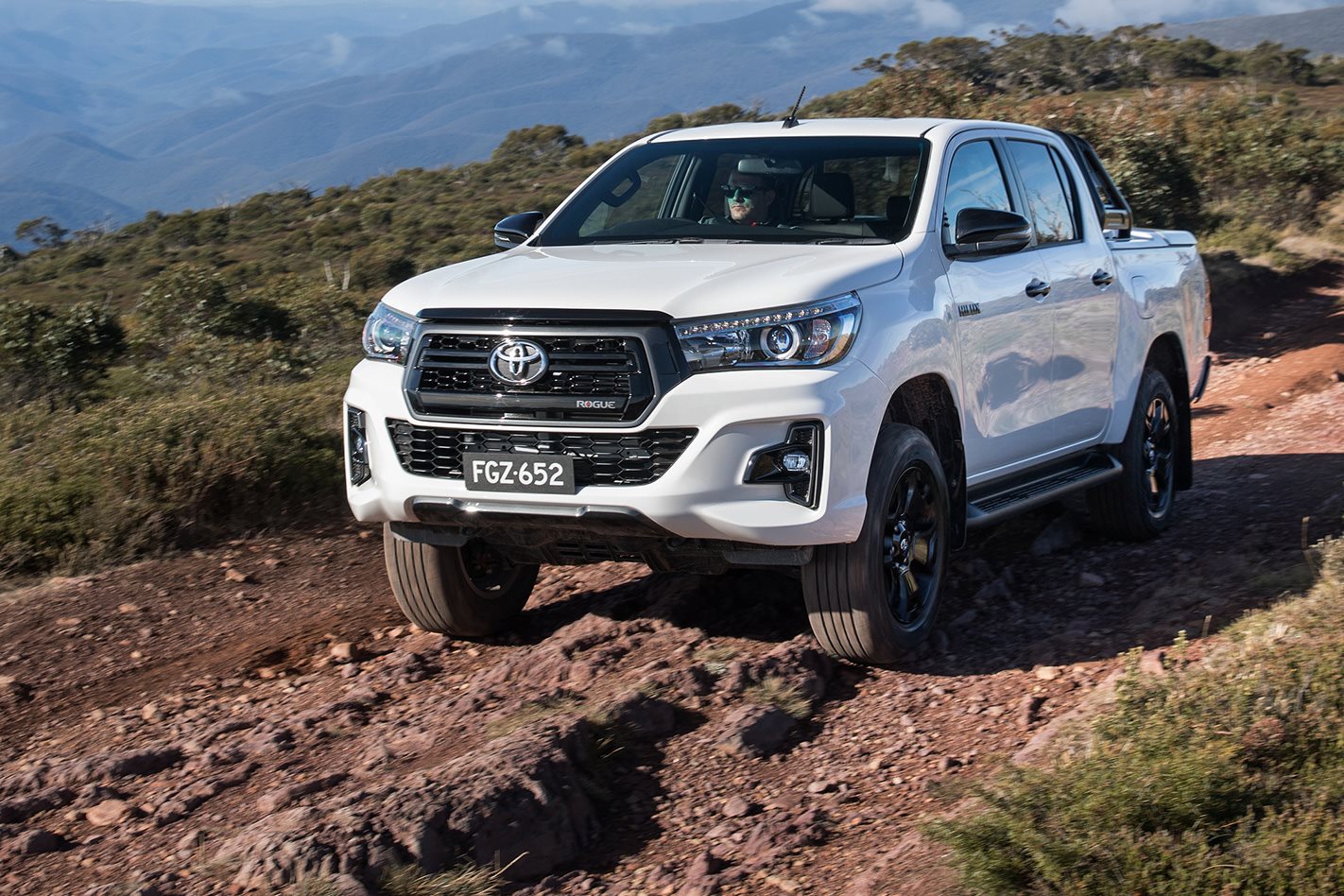 Inside, the Rogue is fitted with perforated leather front seats with heating, and power adjustment for the driver, as well as revised instrument graphics. Rogue is offered with six-speed auto only for $61,690.

Moving to the Rugged X, also based on SR5, this model is pitched at buyers who would otherwise spend thousands adding aftermarket accessories to make their vehicle better prepared for serious off-road work. 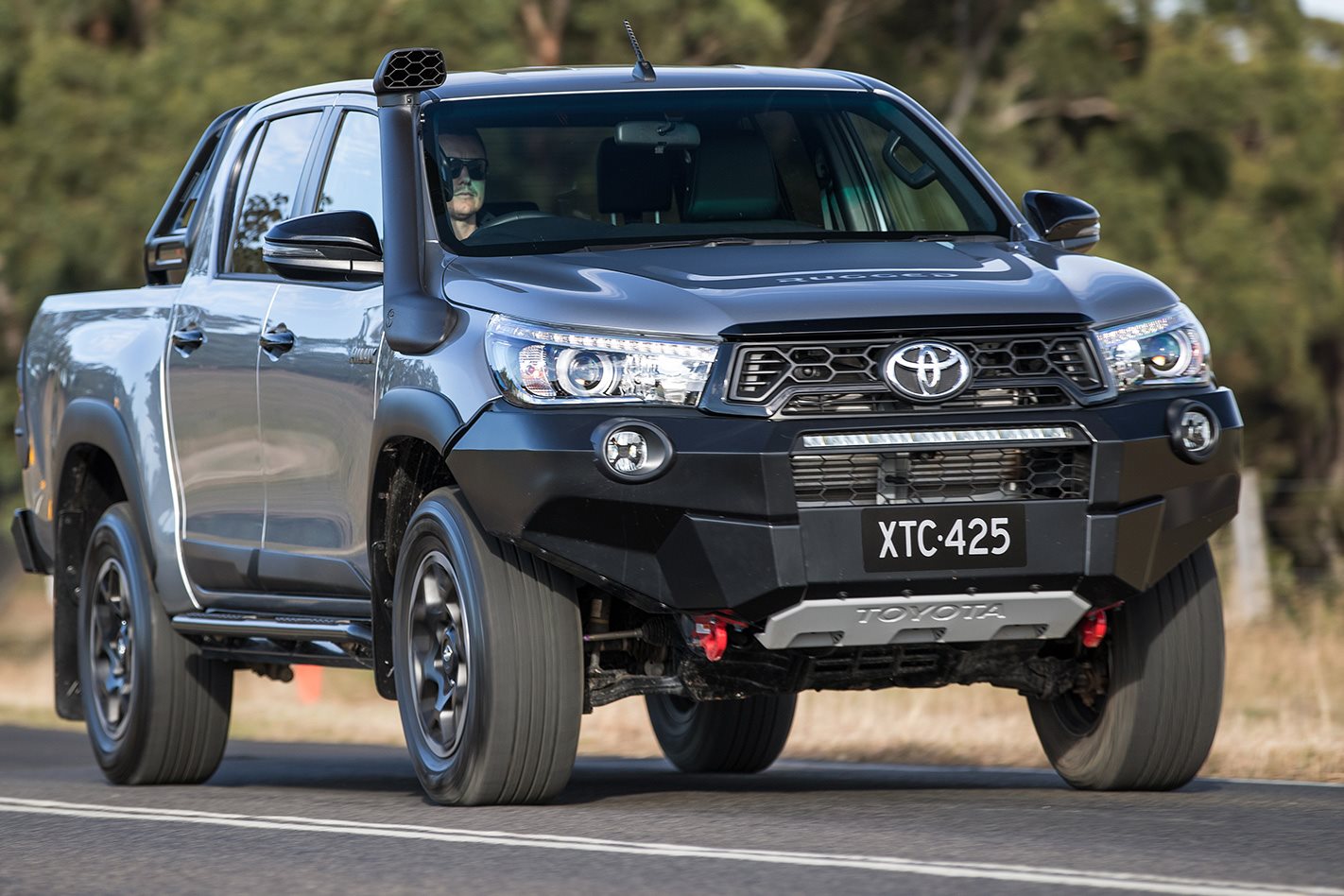 Upgrades include a new front bar that incorporates recovery hooks, a heavy-duty bash plate, and neatly integrated 120-watt LED light bar. To better handle the additional weight of the new gear (a total of 207kg) the Rugged X gets uprated front springs.

Along the flanks are side steps that link to rock sliders intended to provide chassis-rail protection; above sits moulded wheel arch protectors. Like the Rogue, the Rugged X also runs the sports bar above the rear of the cabin, while a steel bumper adds extra protection and the (standard) tow-bar mounting also provides recovery hooks.

Inside, as with the Rogue, the Rugged X gets perforated leather front seats with heating, and power adjustment for the driver, as well as the revised instrument graphics. Rugged X is offered as a six-speed manual for $61,690, or with six-speed auto for $63,690. 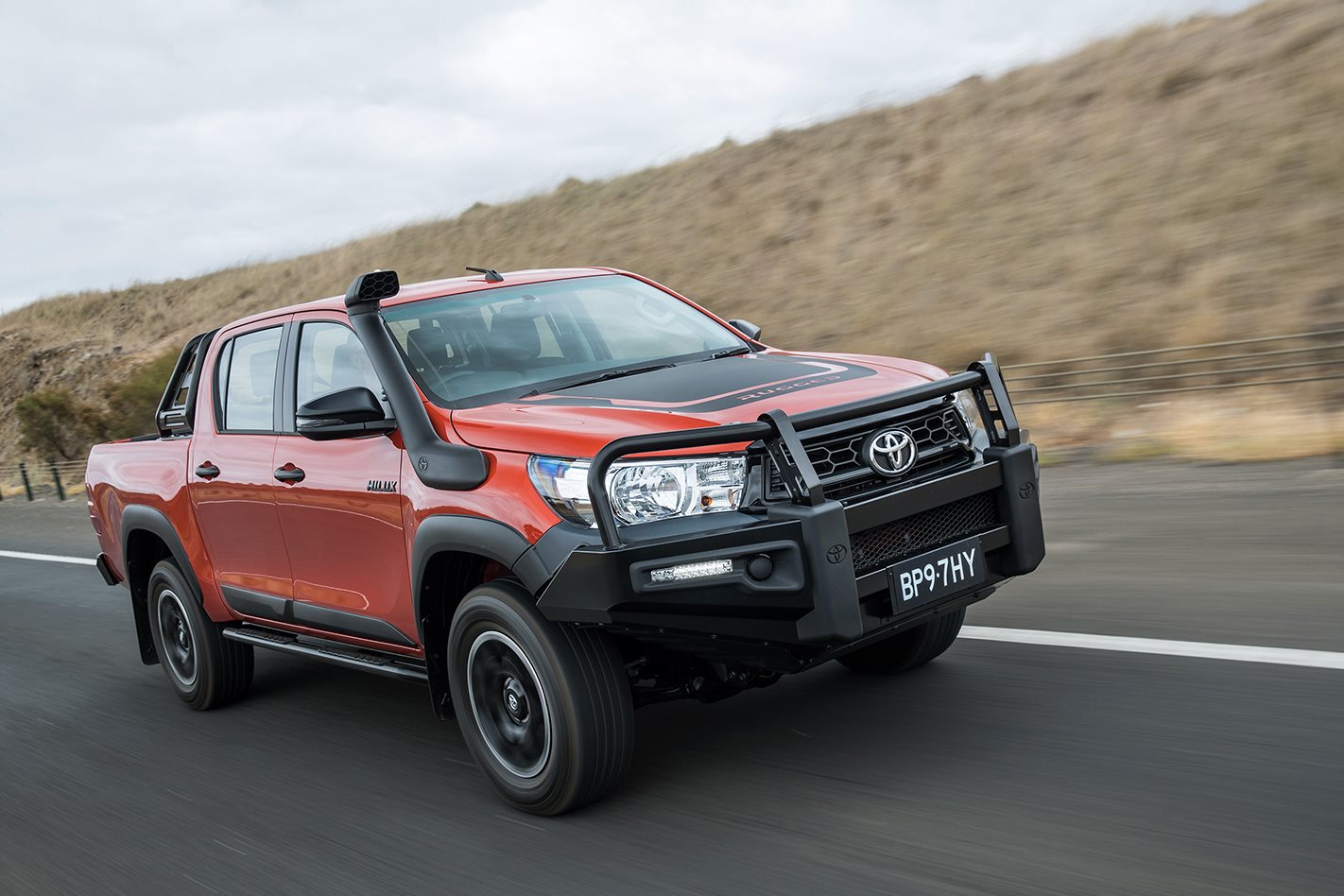 Finally, to the Rugged. It’s essentially the same package of additions as the Rugged X, but the vehicle is based on SR-spec, not SR5. The most notable change is at the front, where the bullbar protection rises over the damage-prone area of grille and headlights, to better protect you from that nocturnal slam-dance with Skippy on mosh-pit road. Oh, and DAB and sat-nav are now fitted. Rugged is priced at $54,990 for the manual, or another $2000 (to $56,990) for the auto.