The 4x4 sales fight remains a two-horse race between Ranger and Hilux.

ONLY nine sales separated the Hilux 4x4 and Ranger 4x4 during May, according to the recent VFACTS report, with Toyota once again standing atop the monthly 4x4 sales podium.

Proving the 4x4 market is once again a two-horse race (much like 2017), the Hilux is also the best-selling 4x4 on the YTD charts, edging out the Ranger by 216 sales. There’s then daylight to the rest of the field. What about the X-Class? With 182 sales, it failed to hit the 4x4 top 20 leaderboard for the month. 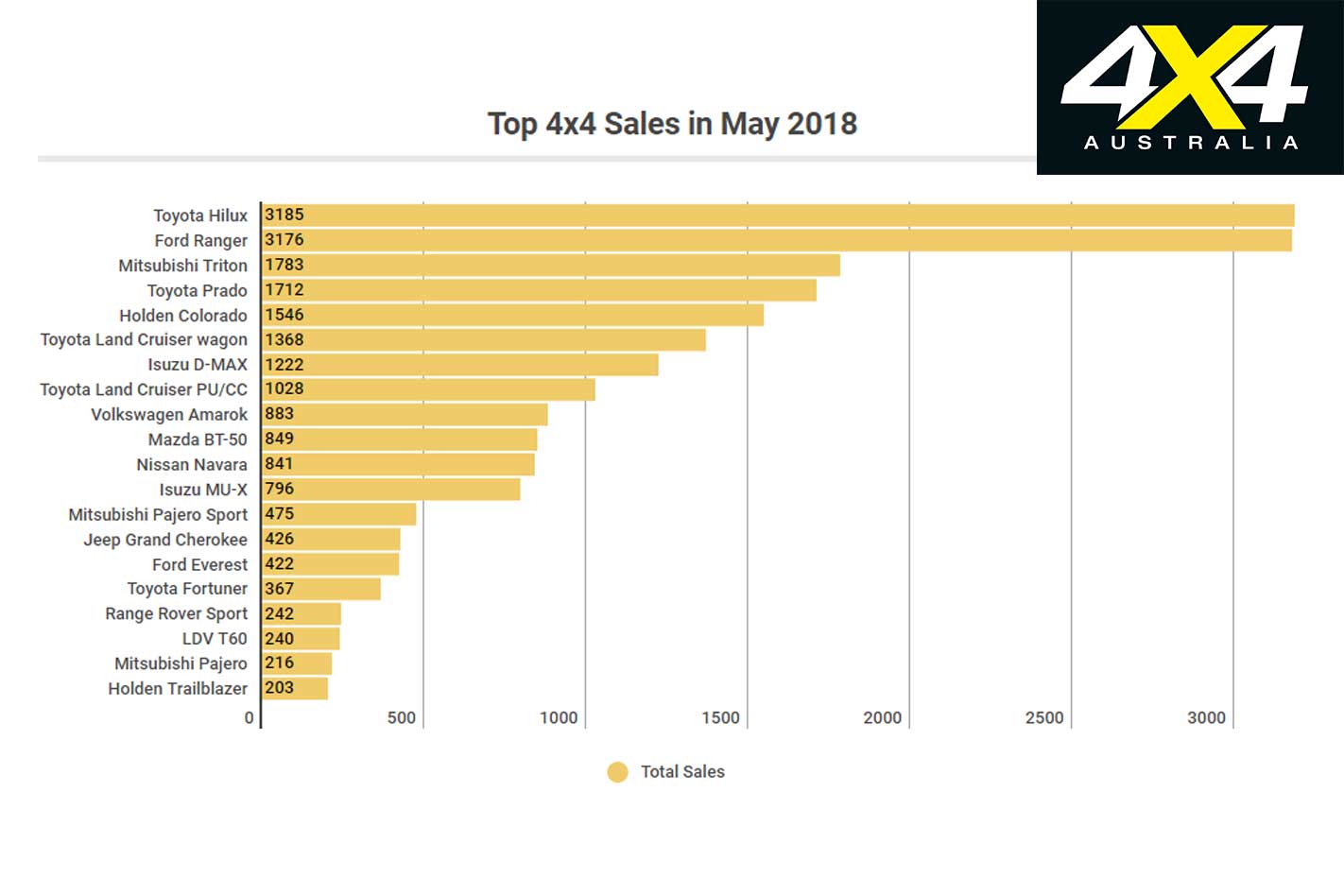 Sales of 4WD pick-up and cab-chassis variants were up 3.0 per cent last month compared to May 2017, despite an overall dip in the LCV market by 0.5 per cent – which is nothing compared to the 15.6 per cent decline in passenger-car sales. 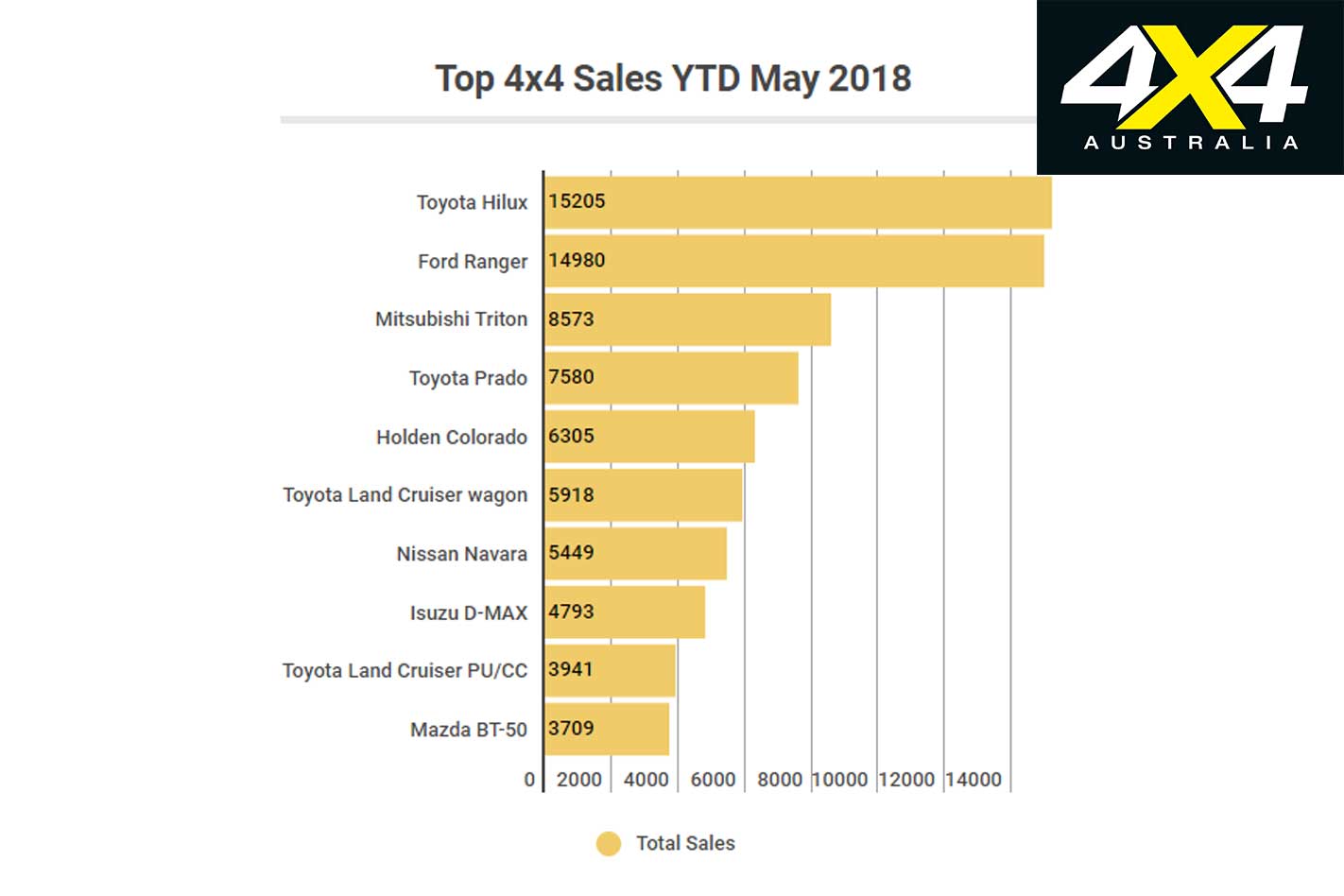 “The market is continuing to hold up well year to date, with the past two months of falls offset by the gains recorded in the first quarter,” Tony Weber, chief executive of the FCAI, said. "In the past 12 calendar months there has been almost 1.2 million new vehicles delivered to customers, which is a remarkable achievement.”

The Hilux 4x2/4x4 remains the best-selling vehicle on the overall market, posting 4385 sales in May; while the Ranger 4x2/4x4 is lagging behind in second spot, with 3674 sales.