You're asking for trouble if you launch a new car on the motorbike track that is Misano Adriatico in Italy.

This review was first published in MOTOR magazine's January 2013 issue.

Compared to the wonder of Phillip Island, it’s a boxed-in Scalectrix circuit that forces even very fast cars into understeer. But the Audi R8 V10 Plus isn’t your ordinary very fast car. It’s the range topping version of the face-lifted R8 – and the R8 was always a pretty sharp handler in the first place.

The self-adjusting magnetic dampers have been turfed for harder-core, fixed-rate versions and the electric seats go the same way, replaced by light-weight buckets and at 1570kg it’s lighter, also. Fittingly, too, there’s more gristle from that direct-injection, undersquare V10, with the output jumping from the standard car’s 386kW and 530Nm to 404kW and 540Nm. 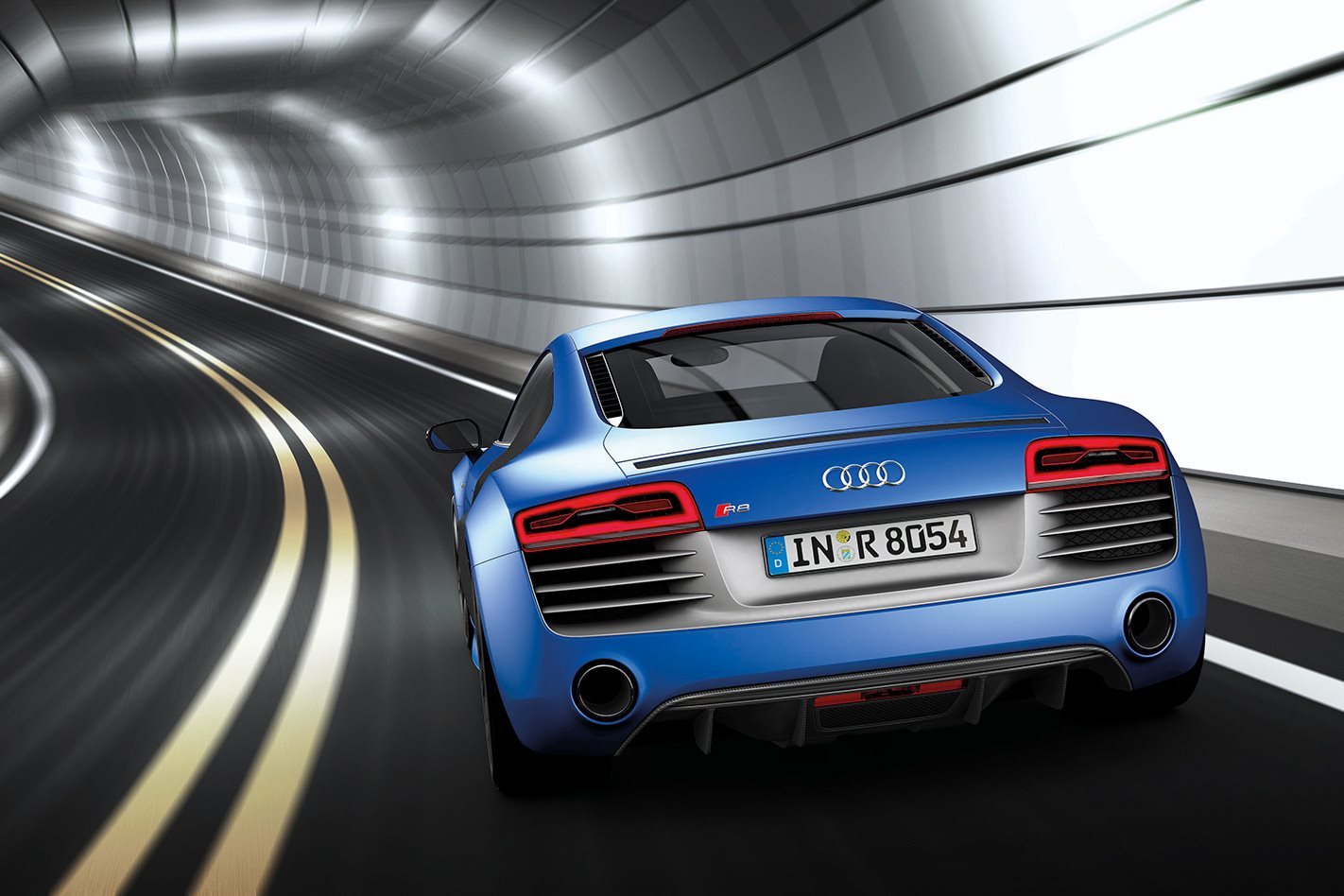 But the biggest leap forward has come from switching out the old robotised six-speed gearbox with a proper seven-speed dual-clutch unit. Sure, it weighs 25kg more than the six-speed manual and it'll cost more, but it shifts quicker, it’s faster, has launch control and the thing’s only 60cm long.

All of this adds up to a supercar that’s utterly disdainful of the puzzles posed by Misano. It’s dismissive of the hills around the track, near Rimini, and dismissive of straight pieces of road, too, giving you only a 3.5-second leave pass to legally activate all that snarling, V10 performance before you end up on the front page of The Daily Fish Wrapper.

You can’t help but noticing that the lighter seats are hugely aggressive things, clinching tight onto the thighs and the back and, oddly, lifting your butt higher than it is when it’s on the electric seats. The suspension is firmer, too, and not just because of the fixed-rate dampers.

The springs are harder, the tyres are 19 inchers all round and the thing sits lower, too. While the standard V10 is comfortable enough to drive every day, the Plus isn’t. It’s not as hard as a Gallardo, but it’s still pretty firm. That counts in its favour when you ask it to attack some corners, though. 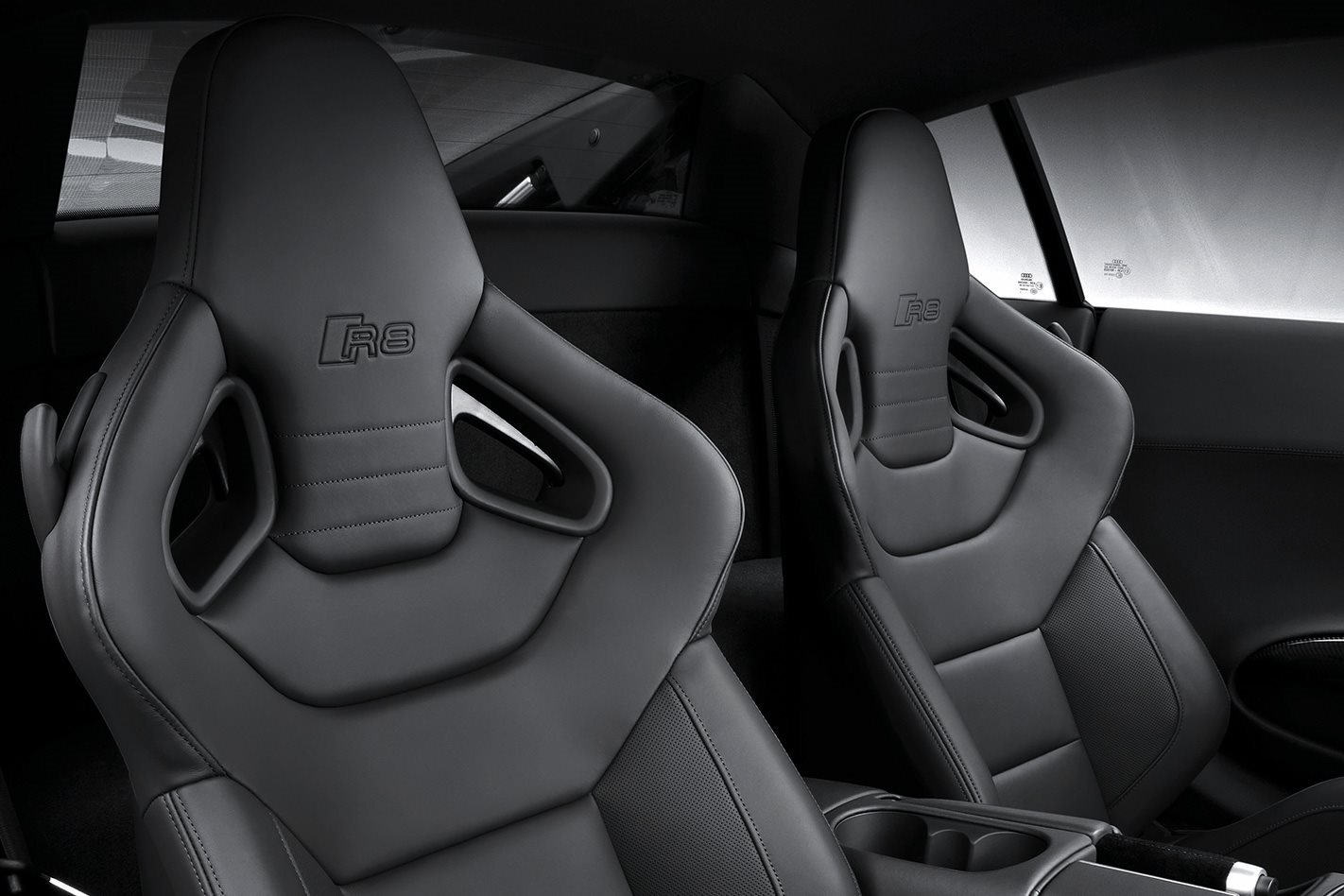 The Plus has absolutely no discernible body roll, no discernible squat and, apart from elasticising all your organs when you stomp on the carbon-ceramic anchors, very little discernible pitch. It just whips its chassis into faster bends like it hates them, bites and goes on tighter bends and is very difficult to unsettle.

The only black mark against its handling is that the chassis and suspension have wonderfully intuitive proactive natures, but the steering is too slow and demands too much lock and feels reactive, especially on tighter bends.

It feels every bit as ferociously quick as a 3.5-second sprint to 100km/h suggests, and that deep rumbling V10 bellow also delivers a linear wave of power and torque that is exquisitely matched to its chassis. But the real highlight is the new gearbox.

It can switch character from soft and seamless around town to cracking and quick in the mountains, without falling into the marketing trap of making shifts bang roughly to remind people they’re driving a fast car. It doesn’t snap into second on a full throttle burst.

There’s no discernible shift at all. Instead the noise just changes and the sprint keeps going. It means you can flick the upshift paddle while you’re still coming out of corners without worrying about it unsettling a delicately poised chassis. It’s a highly legitimate contender and can happily go toe-to-toe with much more expensive machinery, especially when some corners get tossed into the mix.