BMW’s new baby convertible replaces the highly popular 1 Series version, which was a sales winner for the company locally, bringing in plenty of new customers at its relatively low price point. Will the new 2 version have the style, and substance, to replicate that feat?

BMW’s new baby convertible replaces the highly popular 1 Series version, which was a sales winner for the company locally, bringing in plenty of new customers at its relatively low price point. Will the new 2 version have the style, and substance, to replicate that feat?

WHAT IS IT?
It’s the 2 Series coupe range, minus the diesel – 220i, 228i and M235i – and the solid roof, which is replaced by a new, five-layer soft-top that’s meant to be exactly as quiet as the coupe version, right up to 150km/h. In a very style-focused market, it’s important to note that it’s also slightly sexier, roof down, than the coupe.

WHY WE'RE TESTING IT
Australia was the fourth-largest market in the world for the 1 Series Convertible, so the new one is clearly a car that will garner a lot of interest here. We’re also keen to see whether the typical driving attributes of a BMW – the “sheer driving pleasure” bits – remain when you drop this far down the price list.

THE WHEELS VERDICT
Sharp styling will make it a hit with the target market and there’s plenty of ever-so-slightly-muted joy in the driving experience, but ghosts of run-flats past do raise their head with the ride on 18s. Overall, it’s a highly capable and attractive entry point into BMW Convertible ownership.

PLUS: Exterior and interior styling (as long as you tick some options); genuinely quiet, coupe-like cabin with slick, thick roof up; short wheelbase means cornering fun
MINUS: Giant blindspots over both shoulders with roof up; engine sounds a little on the weedy side; 220i not exactly fast; ride quality compromised in 228i

THE WHEELS REVIEW
THE existence of BMW’s 6 Series is a mystery, much like the existence of Clive Palmer, KFC and cruise ships.

This was brought even more starkly into relief at the local launch of the new 2 Series Convertible when we were steering a humble, four-cylinder 220i with 135kW and 270Nm and got stuck behind a 6 Series Convertible, which BMW had brought along for reasons unknown.

What we do know is that, even driven enthusiastically, the Clive-like 6 is no match for the short wheelbase and sharp handling of the 2 Series, which also wins by being far more attractive and hugely cheaper, starting at just $54,900 (realistically about $60K, with minimal options).

Sure, in a straight line the 220i would be humbled, not only by a 6 Series but plenty of other cars, with its yawning 7.6sec 0-100km/h time, but on a twisty road in the sunshine, roof down, this matters not a jot. This is BMW driving pleasure, and style, at a damn near affordable price.

It might be small – BMW claims that it has “usable rear seats”, but carrying adult humans is not one of those uses – but this entry-level drop-top has a history of punching above its weight that makes it very important to the company.

This car replaces a 1 Series Convertible that was so popular here we ended up being its fourth largest market, after Germany, the UK and America. More than 5000 were sold locally, which adds up to a tidy profit, but more importantly for BMW, one third of those buyers were aged below 35; 74 percent were conquest buyers and 59 percent of those invaluable new customers were from non-premium brands.

That makes buyers of that car, who also surprisingly split 50/50 male/female, potentially BMW people for life.

Less surprisingly, their number one reason for buying was design and style, and BMW has clearly focused on making the new one even better looking. A slicker, meaner front end leads to a nicely scalloped side profile with short overhangs and a neat, flat rear deck. The designers apparently wanted it to mirror the proportions of a boat, but not a cruise ship, presumably.

An extra layer has been added to the roof lining, which BMW reckons makes its cabin as quiet as the coupe at speeds up to 150km/h. Even roof down, noise intrusion is commendably low.

Boot size is up 10 percent to 335 litres with the roof up (280 litres down) and the whole car is 72mm longer, while the track has increased by 41mm, giving it a wider, better-planted stance. It’s grown, and it’s more grown-up looking.

We really enjoyed the 220i’s feisty, zippy personality on windy roads and found its ride, on 17-inch alloys, excellent, although it does lack aural drama. A reasonably keen driver who’s never tried a European car before will be blown away by the quality of the steering and handling.

Sadly you also get 18-inch wheels, which seem to do unpleasant things to the ride and bring to mind the jiggly, unpleasant experiences of some of BMW’s earlier run-flat efforts.

The extra torque and mid-range rush are undeniably pleasant, but this is one of those exceedingly rare cases where the average buyer might actually be better off plumping for the cheaper model.

That car might even be capable of giving the 4 Series Convertible we found ourselves struggling to keep up with in the afternoon a run for its money.

The 228i does come with sun-reflective leather seats, however, which have special pigments that sound like they might be handy in human skin, and will stop yours from being burned on a summer day. There’s also a special film over the central screen to reduce reflections in direct sunlight.

A rear camera is standard across the range, and vital, because with the roof up you have a blindspot, particularly over your left shoulder, that you could park a caravan in.

The new 2 Series also features air-conditioning with a special convertible mode, and a roof that raises or lowers in just 20 seconds at speeds of up to 50km/h. 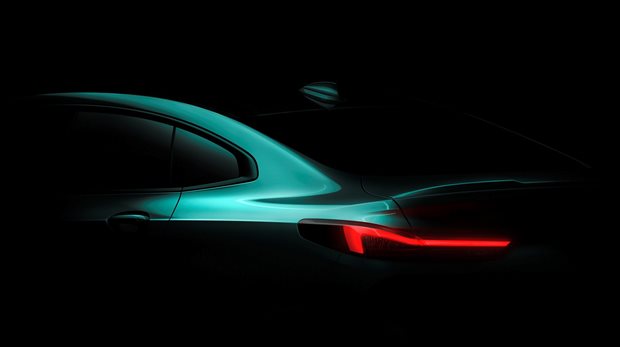 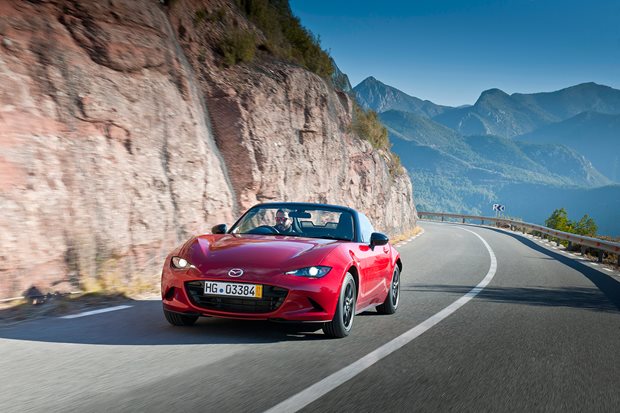 It’s back to the future with Mazda’s fourth-generation MX-5. Shorter than the original and with a smaller engine, it focuses almost solely on the driver for a pure... 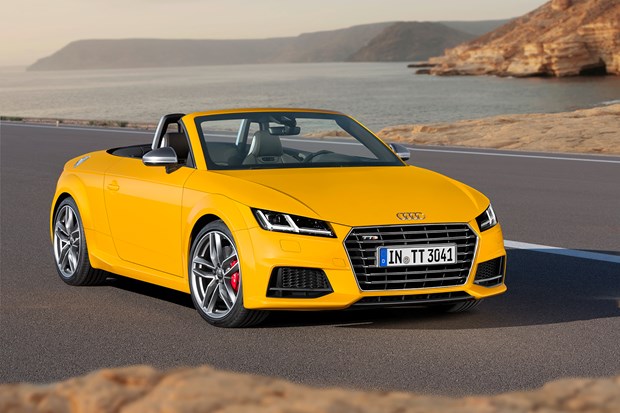 Audi's knocked the top off its new TT 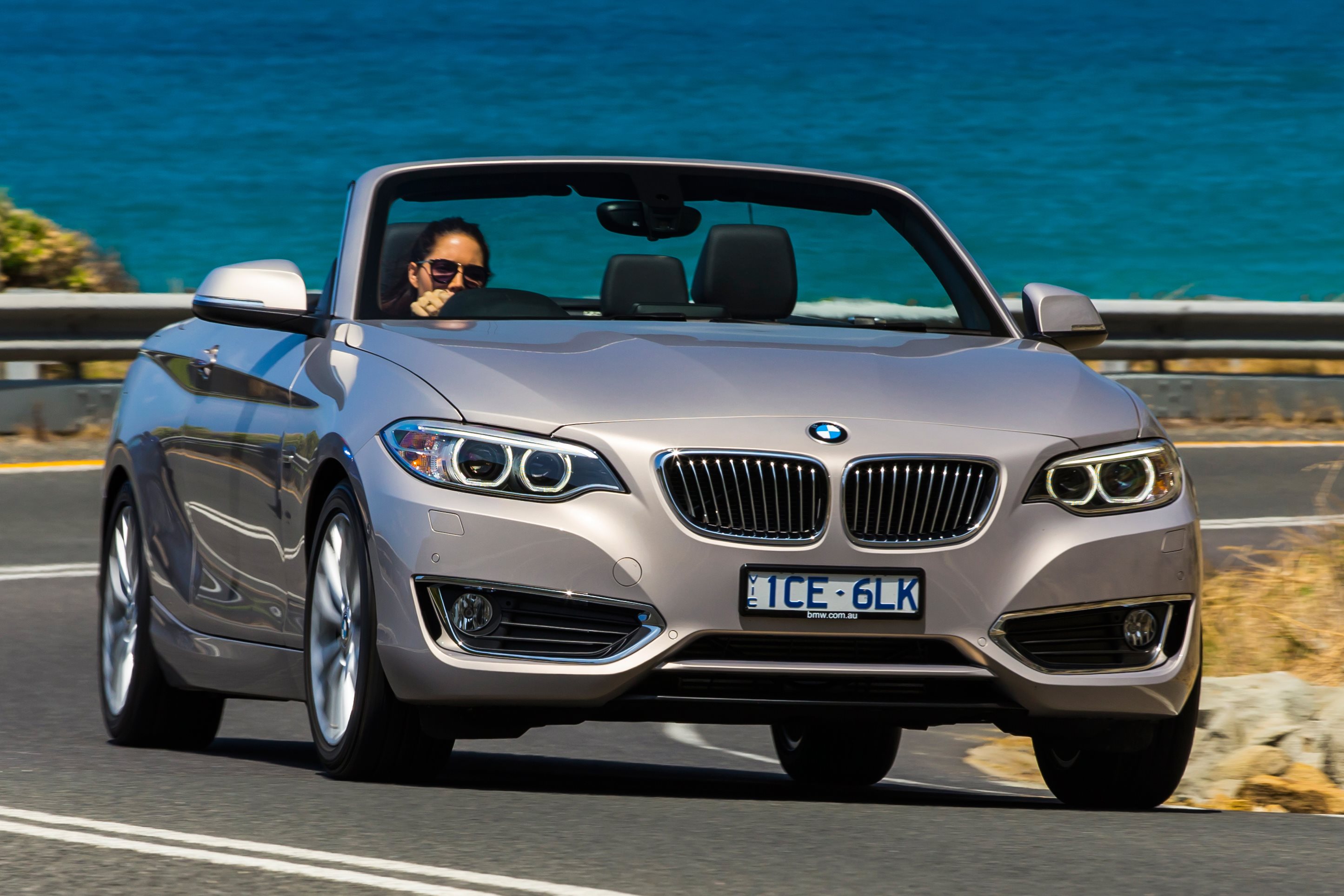