IN the last 18 months the Moon Tours ‘dirty ol’ Hilux’, as we affectionately call the little Toyota, has clocked up a pretty gruelling 39,000km which has included a couple of crossings of the Simpson Desert, a few weekends at Land Cruiser Park, easy jaunts along the sands at Fraser Island and Double Island Point and, much more recently, two trips up Cape York.

As you read this we are driving across the Simpson again, this time with our new AOR Sierra ZR Expedition Camper, before heading to the Gulf Country to check out the tracks and activities in that incredible part of Australia. Hopefully, once this COVID thing is under some form of control, we can run tagalong trips again and even make a dollar.

The Hilux mightn’t be a showpiece but mechanically, Trent keeps the little ’Lux meticulously maintained, replacing most things well before they become a problem in the bush. Most of that work, when the rig is within cooee of the Sunshine Coast is done by Scott Jennings and his crew at Caloundra ARB. 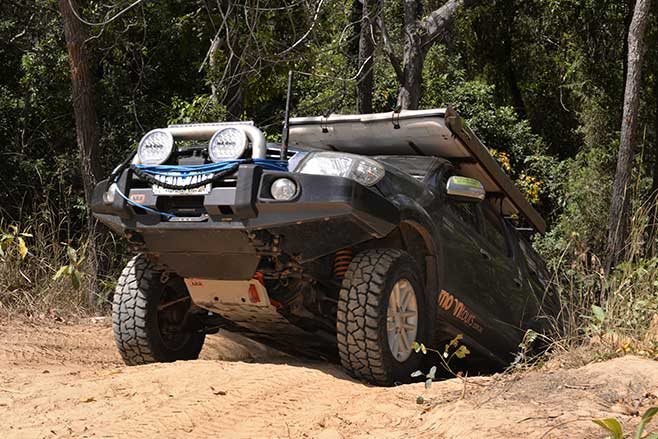 Before the Cape York jaunts, we fitted a Terrain Tamer Harrop Eaton ELocker. Needless to say Trent gave it a pretty thorough workout on all the tough tracks up that way and it worked flawlessly until near the end when it stopped for some reason. We checked all the wiring and switches but couldn’t see anything wrong, so once we were back on the Sunshine Coast we had the diff repaired under warranty – a wire had come adrift inside the diff – and it’s now working like it should and hopefully it’ll stay that way.

With the camper on the back and a heap of other gear we decided we would upgrade the suspension with Ironman Foam Cell Pro shocks and struts while also fitting, just before our latest Simpson jaunt, a set of Terrain Tamer’s 500kg parabolic springs for the back end.

These are a brand-new item from Terrain Tamer and with only three leaves making up the spring pack, we’ve been pleasantly surprised at the ride quality when the ol’ girl is running pretty empty and pleased about the way it sits when loaded up. The desert will be a real test, so we’ll let you know how they all perform further down the track.

With everything we’re hauling we decided we’d go for a bit of a performance upgrade so, apart from the Ironman stainless-steel exhaust we fitted some time back to help the engine breathe a bit easier, we have now fitted a performance chip.

Thanks to a long-time friend of the Moon’s, Ed Mulligan from Bluetooth Diesel Tuning and 4WD World, the Hilux is being blessed with a Bluetooth Diesel tuning box, a modern version of a chip that can be controlled and adjusted from inside the cab and on the fly using your smartphone. The improved power and torque is something the Hilux is going to appreciate towing the new AOR camper across the desert, with torque increased to 488Nm. 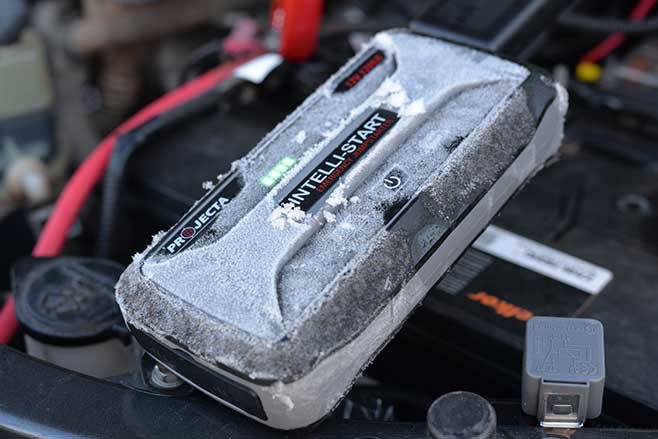 On our quick 1600km run to Birdsville we compared the fuel economy towing with the chip switched off and with a setting of seven. The fuel economy remained the same at 16L/100km in both cases, while the vehicle performed better with the Chip clicked to ‘7’, and cruised easier with less hunting for gears. We’re bloody pleased with that!

Of course, with a trailer on the back we had to install a trailer brake controller and they don’t come any better than Redarc’s Tow-Pro Elite V3. We’ve got one of these on the 79 Cruiser and an earlier version on the Patrol, and wouldn’t go for anything less.

We’ve also changed rubber since last report and have been running Mickey Thompson ATZ P3 tyres for the last 20K and are more than pleased with them in all the various conditions we find ourselves in.

You’ll note our fuel consumption has increased a little since last report and while that has bugger all to do with the tyres, it does have much to do with the extra weight we’re hauling and the James Baroud rooftop tent. We’ve now shifted that off the roof and onto the camper trailer, but it goes to show even a streamlined roof pod such as the James Baroud can knock the fuel economy around. 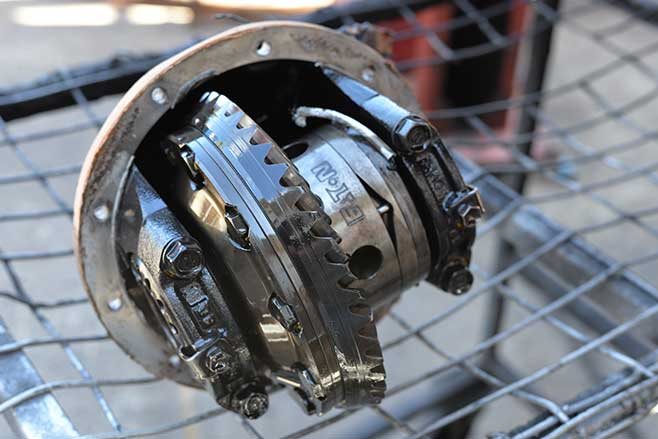 There’s been a lot of night driving amongst all our trips, so as far as lights are concerned, we’ve fitted a pair of Narva 215 Ultima LED spotlights and back them up with an LED slim light bar and an LED headlight globe upgrade. They illuminate the road and tracks for a long way ahead as well as off to each side where wayward cattle and ’roos lurk. One thing you gotta do though with the headlight upgrade is make sure your headlights are aimed correctly so as not to dazzle on-coming traffic.

Trying to run our business on the road we’ve upped the ante as far as communication is concerned. For our convoy work we’ve been using the GME XRS-370C compact UHF radio which is a beauty for car-to-car communications. Keeping in touch with the office and home, we’ve upgraded to a Thuraya SatSleeve which turns our iPhones into a satphone. We’ve found it great to use with all our phone contacts easily accessible, while reception hasn’t been an issue.

Keeping the batteries charged and all the electrics and electronic gear we carry working, we’ve fitted a Projecta DC/Solar charger, a 130W fixed solar panel, a 180W portable solar panel, and a 350W Pure Sine Wave inverter for charging laptops and the like. For those emergencies we have an Intelli-Start 12V 900amp lithium jump starter and power bank – they are bloody amazing!

We’ve also got some of that new soft-shackle recovery gear from Camp Boss and teamed that up with an alloy recovery hitch and winch ring from Maxtrax. Needless to say, Trent reckons we should ditch all the old recovery gear that has steel shackles, hooks and eyes and embrace the future as its lighter and a darn sight safer.

Stay tuned, we’ll bring you a full report of how this stuff is handling the recoveries we’ve been subjecting it to.

READ NEXT: Ron's Hilux takes on the Simpson 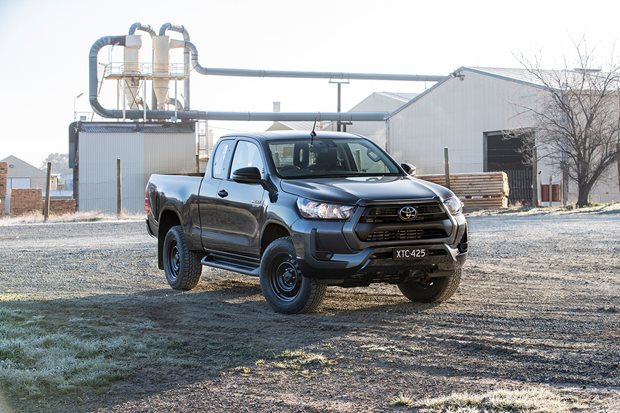