A botched acceleration run is usually a cause for frustration rather than celebration and the first attempt in the HSV GTSR Maloo is a stinker.

It leaves the line reasonably well but a late upshift has the 6.2-litre supercharged V8 clattering into the rev limiter in its automatic's first gear, precious tenths being wasted in the process. So why the optimism?

Despite the mistake, the Driftbox flashes up 0-100km/h in 4.6sec and a 12.6sec quarter mile, not a million miles away from the best numbers we’ve extracted from LSA-powered HSVs. The second run is clean, the Maloo putting the majority of its 435kW/740Nm to the ground quickly and efficiently. The Driftbox agrees, spitting out 4.2sec 0-100km/h and a 12.3sec quarter mile, the fastest figures MOTOR has recorded from an HSV and thus a standard Australian-made performance car. But it feels like there is more to come.

As any drag racer knows getting off the line cleanly is key – you’ll know in the first 20 metres whether it’s going to be quick or not – so a hint of wheelspin on the third run lets a tenth disappear. One more try, as with each burnout the rear Continentals are getting that little bit more worn and each run is nudging pressures up.

Stall the engine against the brakes slightly – any more than about 1500rpm results in wheelspin – and feed the throttle in as quickly as possible. The rear tyres hook up and from there it’s simply a matter of timing each upshift correctly – not as easy as it sounds thanks to the lack of a redline on the tachometer. It felt quick, and it is quick. The HSV GTSR Maloo is now officially the quickest standard Australian car MOTOR has tested, clocking 0-100km/h in just 4.14sec and a 12.19sec quarter mile at 189.17km/h. It feels like there’s the potential to go even quicker on a perfect surface, but despite resetting the pressures to the standard 38psi – they’d climbed to 45psi – either the tyres or the driver lost their edge and the times refused to improve.

For many, this pace, in addition to the GTSR Maloo’s collectability as the last of its kind, will be enough to justify the purchasing decision. The good news is there’s more to the GTSR package, with one seemingly insignificant modification having a surprisingly large effect on the driving experience.

This is significant as the last time HSV went down this road, with the GTS Maloo of 2014, it missed the mark. On paper, the GTS Maloo merely packed the sedan’s well-proven mechanical package – bar the Magnetic Ride Control adaptive dampers, which aren’t compatible with the ute’s long-wheelbase platform – into a two-door trayback bodyshell, however, something went missing in translation. For whatever reason, the GTS Maloo never felt as sweet or cohesive as its four-door twin. Thankfully, the Maloo R8 LSA avoided the same fate. To drive the GTSR Maloo is to realise it feels different, more than simply a powered-up R8 LSA with a fancy new face.

A conversation with Trevor Barallon, HSV’s Engineering Program Manager, following ourtest drive explains why the GTSR is more than the sum of its parts. “The offset’s different on the front wheels,” explains Barallon. 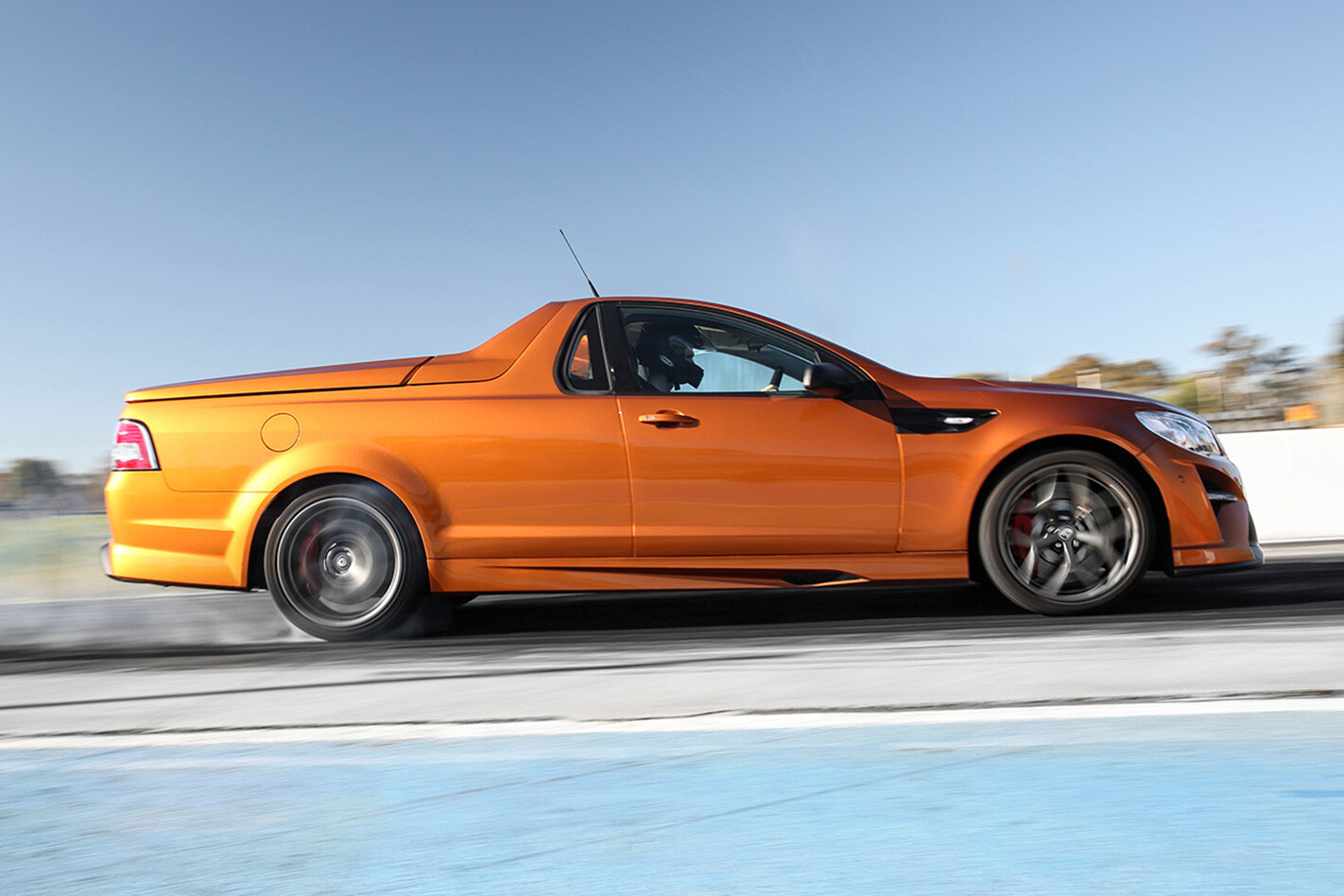 “What you end up with,” continues Barallon, “is rather than a tyre ballooning on the side it comes out in a very square fit on the rim, so you get less [tyre] roll as you’re going around the corner.

The chassis engineers tried a number of different offsets and I’m told there’s this optimal spot where you’ll get the feeling of completely linear steering response; the wheels we had on before, without the change in offset, had almost a bit of a dead feel and then it’s linear.

”At a stroke HSV has eradicated one of the few criticisms we’ve had with its recent range, the slight dead spot in the first few degrees of steering lock. In contrast, the GTSR Maloo offers response and communication from the moment the wheel is nudged off-centre, making it easier to read grip levels at the front end. It’s too big to be truly chuckable – it’s slightly bigger than a Mercedes-Benz S-Class and more than two tonnes with fuel and a driver aboard – but equally is easier to drive up to and beyond its limit than any near-600hp rear-driver has any right to be.

As ever, the Continentals disappear at an alarming rate in the dry, but offer staggering grip in the wet, while the driver has the choice of letting HSV’s brilliantly calibrated ESP system mop up their excesses or forgoing the electronics and choosing your oversteer angle with your right foot.

Such antics should be kept to the track, of course, yet the GTSR Maloo is even more at home in such a taxing environment thanks to its monster new front stoppers. The GTS already has some of the best brakes around, however, the GTSR sheds speed even more effectively thanks to new 410mm front rotors, which fit beneath the 20-inch rims thanks to a new Monobloc six-piston caliper design. To be honest, on the road the upgrade seems like complete overkill, as even the most brutal, ham-footed punter would struggle to overwork the regular GTS system, however, HSV claims that on a track the new setup is a demonstrable improvement in both performance and durability.

Before driving the GTSR it was easy to dismiss the new face and 5kW over the GTS as merely something to write about in the brochure, but HSV should be commended for continuing to refine what was already an excellent package. It even feels to ride better than a Maloo R8 LSA, though HSV claims the suspension settings are identical.

While the differences might be subtle, they are worthwhile, which is just as well given the GTSR Maloo starts at $96,990, or $99,490 when equipped with the six-speed automatic. 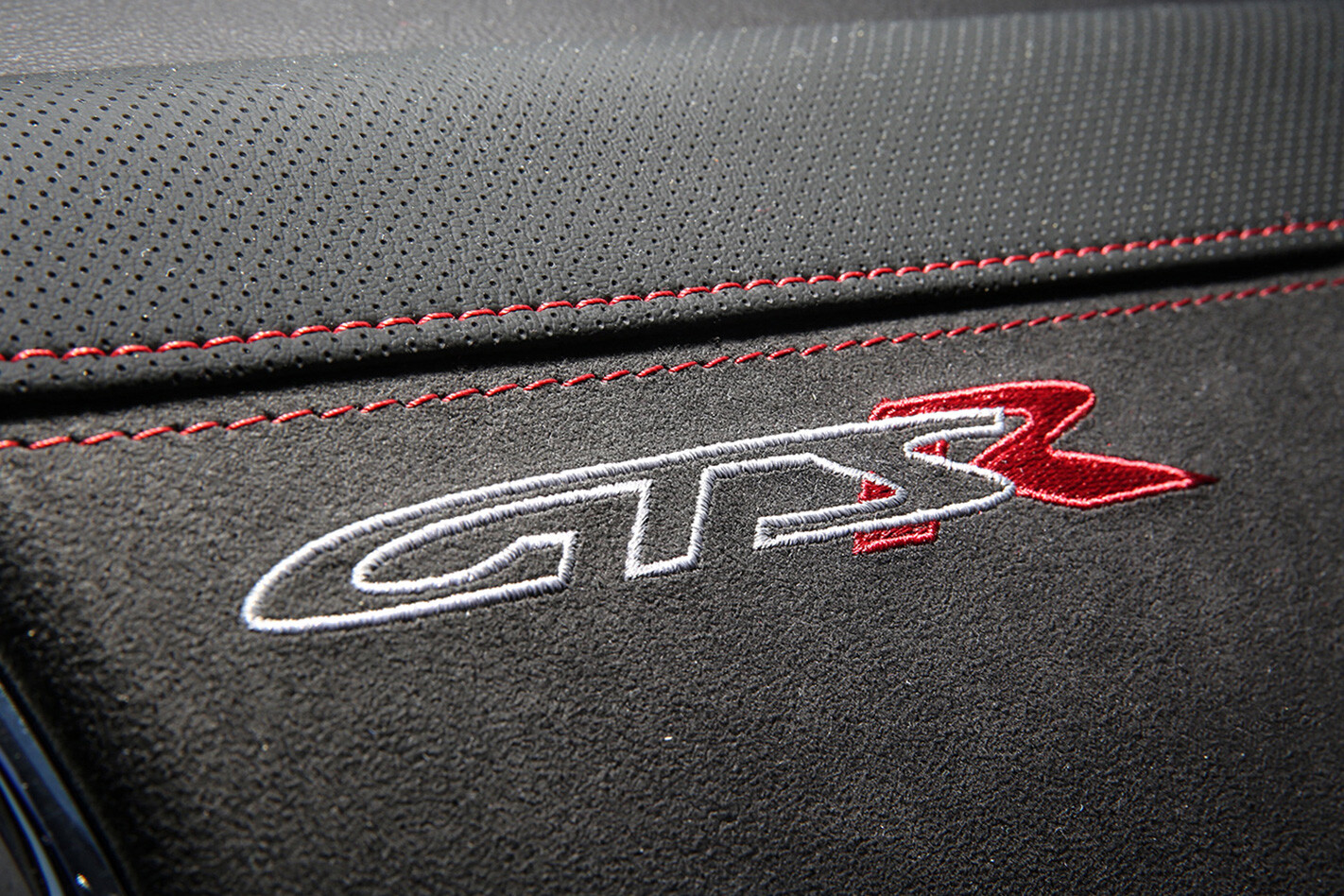 That is an extraordinary amount of money for a ute, although think of it as a super practical coupe and the value proposition changes – there is plenty of two-door European metal costing many tens of thousands more that would struggle to stay with the GTSR Maloo.

Unfortunately, we must finish as we started, with celebration mixed with frustration. As with the Holden products on which they’re based, HSV’s offerings have never been better, which makes it all more the galling that by the time you read this, it will be a mere matter of weeks before production ends.

An inevitable outcome, perhaps, but unfortunate nonetheless. Those who’ve ordered one of HSV’s final models take solace in the fact they’ve bought the best of the breed, while enthusiasts in general can be encouraged by HSV saying its five departments – interior, exterior, powertrain, chassis and electrical – are all currently busy on exciting future product.

What that product is, we don’t yet know, but HSV’s recent engineering CV, typified by cars like the GTSR Maloo, offers reason for cautious optimism indeed.

4.5 stars out of 5
Likes: Crazy performance; impressive handling
Dislikes: Why must all good things come to an end?