Just like AMG Mercedes, BMW M cars and GTi Volkswagens, Aussies seem to have a real affinity with the sportiest, RS, versions of Skoda’s line-up.

According to Skoda, the take up rate on Octavia RS models accounts for about 40 per cent, making it the hottest selling Octavia variant. So this new version, the most powerful yet, the RS230, is an important model for the brand Down Under.

The shape of the Octavia wagon and its liftback/sedan brother will be familiar, but beneath that understated bonnet now resides an even hotter version of the two-litre turbomotor, now with 169kW and a broader, fatter torque curve than ever before with 350Nm available anywhere from 1500 to 4600rpm. 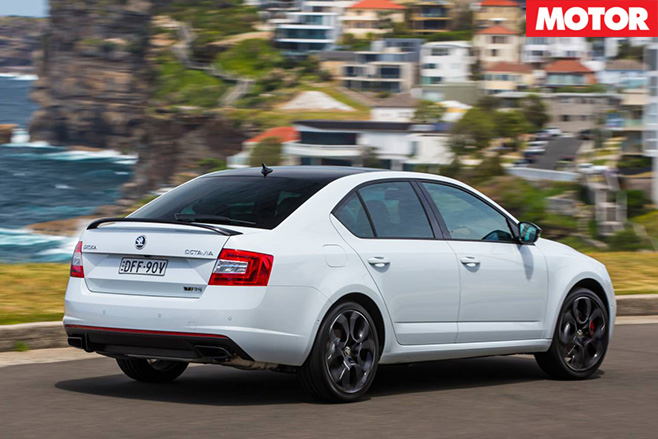 The RS230 (the name comes from the 230 horsepower on tap) also gets VAG’s clever electronically-controlled front diff, borrowed (more or less) from the VW Golf GTi Performance. Other changes include the fitting of selectable driving modes and you also get a small button on the centre console to select RS mode to sharpen everything up.

What’s perhaps most interesting is that the new Skoda is manual-only. It’s refreshing (for an old dude like me) but probably speaks more of availability (Europe, remember, is still largely a manual market for this type of vehicle) and production schedules.

If you want a two-pedal version, you’ll need to wait until the third quarter of next year when the facelifted Octavia hits and will be available in RS230/DSG form. That said, it won’t be quite such a niche model as this one, which now sells alongside the 162kW `normal’ Octavia RS. That’s because from the facelift on, all Octavia RSs will get the 169kW powerplant. 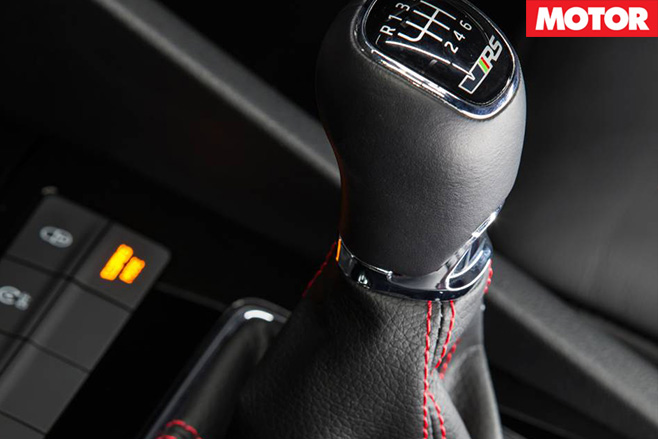 Speaking of niches, the manual-only RS230, is about as niche as a car gets now, particularly in station-wagon form in Australia where the dreaded SUV is the default setting for the majority of buyers. Skoda Australia says it has an allocation of 70 RS230s for now and would like to get hold of another 30. Even then, it admits that 100 manual-gearbox RS230s is probably saturation point for the Aussie market.

Like all Octavias, there’s a bit of the Tardis thing going on when you look inside. In the wagon (our pick, by the way) the load area is amazing. It’s huge and well thought out including multiple tie-downs, bottle-holders, pouches, power outlets and no less than eight take-away hooks. Not to mention an optional electric motor to open and close the tailgate. But even the sedan/liftback has a cavernous pace behind the rear seat; way more than the average hatchback of the same size, although you lose the electric motor option.

Up front, the sports seats are electrically adjustable and look fabulous even if they lack a little lateral support when you’re really having a go. There’s a bit of a generic VAG feel inside but that’s no bad thing when you consider most of the rest of the world has copied that ambience over the last few years. 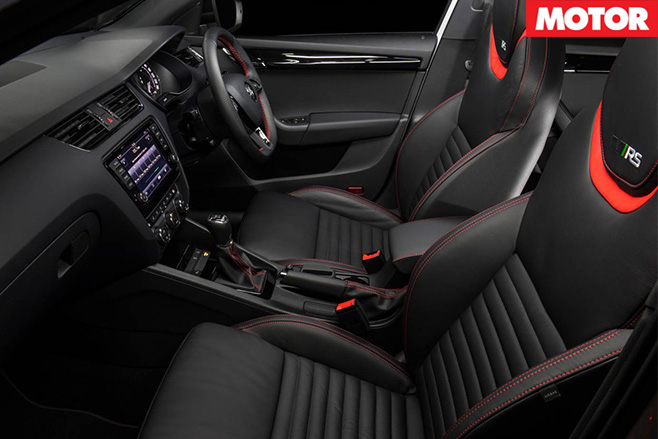 The ESP is a bit intrusive on a race-track, but really feels like a soft ignition cut rather than a full on you-gotta-stop-drinking intervention. The engine in 230 tune is no grumpier than the standard RS but the gearing feels pretty long and there’s a smidgeon of turbo-lag.

There’s also a bit of exhaust note to be had and some of that whooshing noise that we associate with modern turbos, but overall it sounds sporty and pretty rorty. It’s not what you’d call over-powered, but that says more about the chassis balance than the engine, and there’s no denying that at road speeds, it’s a very entertaining car.

The steering is sharp and the ride is soft enough for a road-going car but firm enough to feel like it’s in synch with the rest of the Octavia package; a package that retains that crisp mechanicalness we’ve come to associate with the Skoda brand. 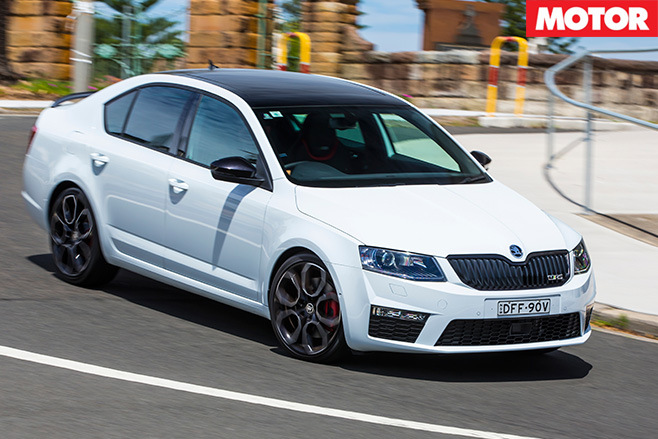 It rides well even on lumpy stuff and there’s very little patter from the 19-inch, 35-series Pirellis. Less than you’d expect, anyway. There’s a bit of noise on coarse-chip stuff, but that’s P Zeroes for you. And in case an old-school manual transmission scares you, don’t give it another thought; the clutch is light and the six-speed shifter accurate and smooth. Give it a shot before you dismiss it.

All up, the Skoda works intellectually because it’s super practical yet still offers an entertaining experience with an edgy difference to it. It’s also pretty tremendous value at $41,490 plus on-roads and an extra $1700 for the station-wagon variant. The tech pack (park-assist, lane-assist, advanced keyless entry and premium sound system) is good value at $1700 and we’d go for the panoramic sunroof at $1700 when the single-panel sunroof is $1500 anyway.

LIKE: Practical, entertaining, good value.
DISLIKE: Manual-only status will put some off. 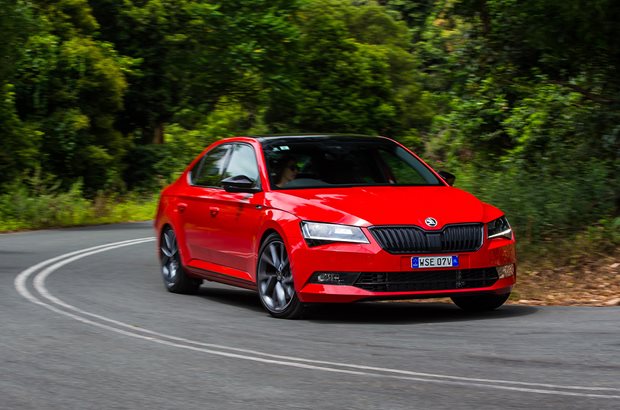 The hugely roomy Superb offers limousine levels of cabin and boot space for a medium-sized price.