At PCOTY 2018 we learnt many things about Kia’s so-called replacement for our rear-drive, Aussie sedans. With wounds still a little too fresh from the closure of Aussie manufacturing, the twin-turbo V6 South Korean aimed to be the perfect Band-Aid. And champion the 2018 Kia Stinger GT we did.

However, one bee in our bonnet, apart from the infuriating lack of a true manual mode for the eight-speed auto and an absence of ultimate steering tactility, was a somewhat unhinged rear-end. The Continental ContactSport 6 tyres were good, but they did have a habit of shedding chunks of rubber (especially at Winton) under the stress of sending 272kW/510Nm to the rear axle alone. 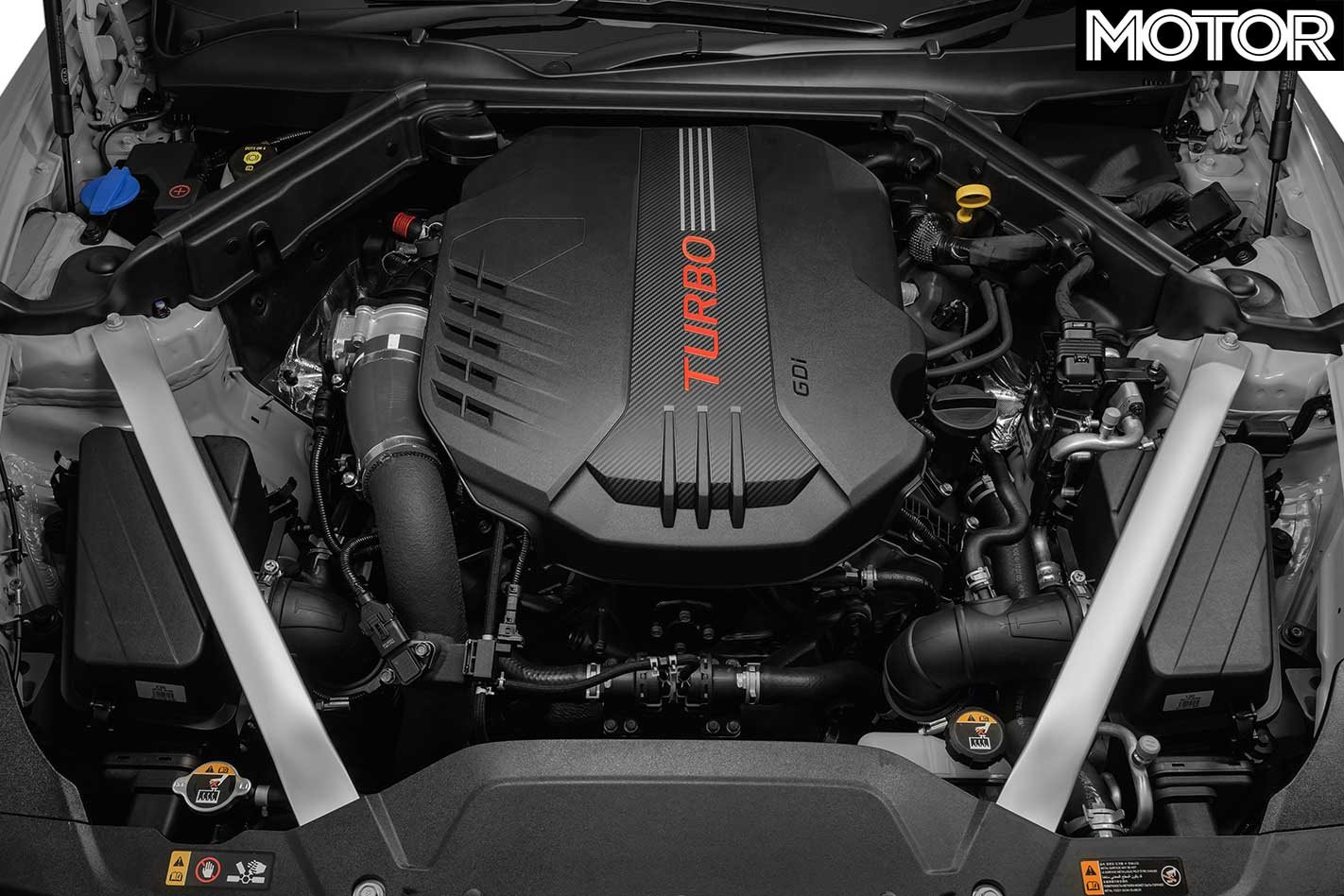 To help remedy this, Kia has fitted the Stinger GT with Michelin Pilot Sport 4 tyres. Straight away the 255/35 rear boots (225/40 front) add a bit more grip to the rear 19-inch wheels, meaning it isn’t as quick to breakaway under heavy provocation.

The 1780kg Kia revels in its new boots, feeling more planted and secure, allowing you to access the grunt earlier past the apex with greater assurance it isn’t going to snap on you. The PS4s also offer commendable traction in the wet.

However, despite the added tact, on a really bumpy road, the Stinger still fails to translate all its kilowatts and Newtons to the tarmac. The big liftback scampers atop sharp imperfections, all the while the traction control light buzzes harder than a raver at Stereosonic and the electronic aids clamp down like a helicopter parent. It’s frustrating to know you’re never really using all the power. Tempted to turn off the nanny state? You better be ready for the repercussions. 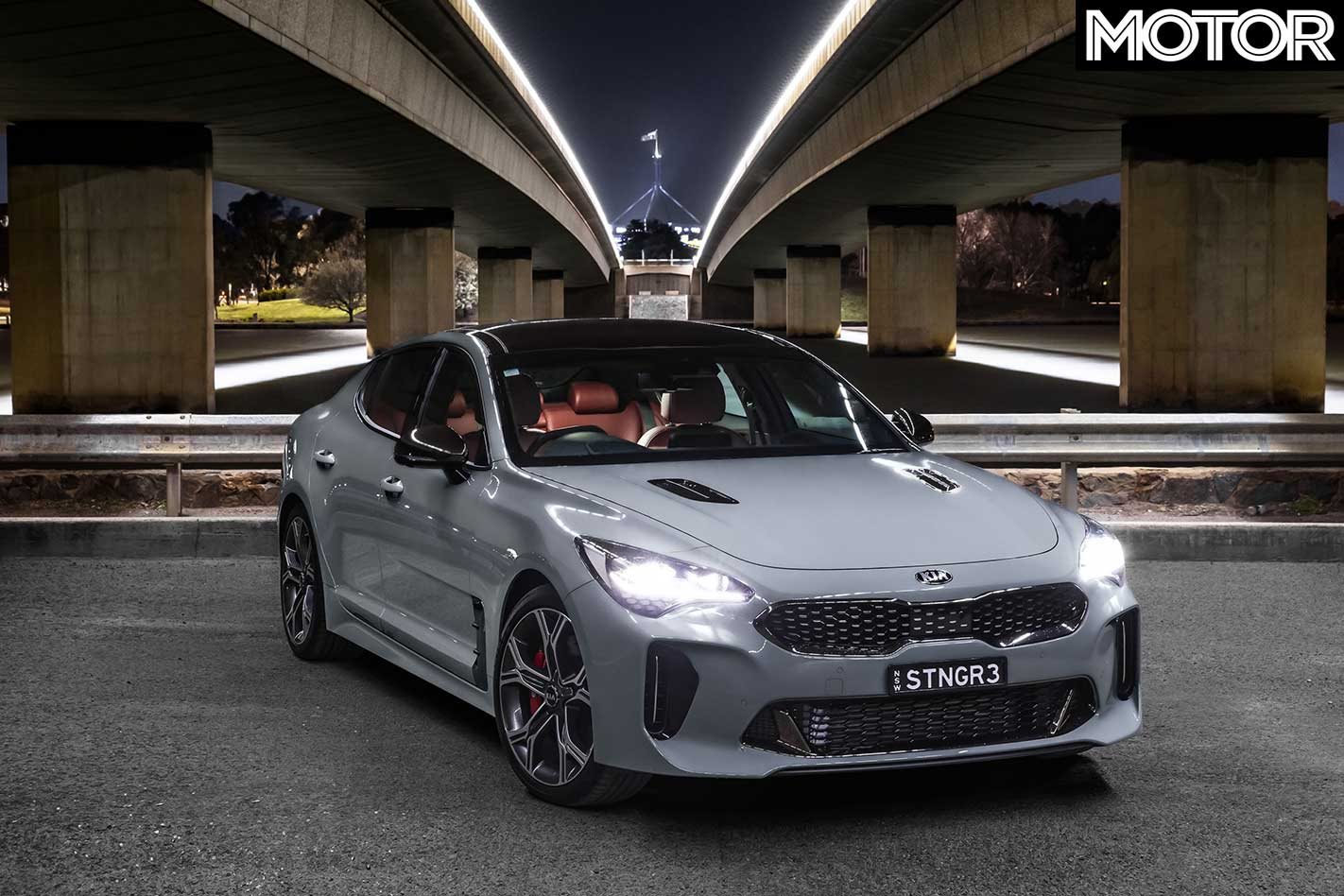 Find a smooth road and the relationship returns to an amicable state. Here you can actually use the GT’s power, extra grip and muscular torque to slingshot you down the road at a rapid rate. As speed increases, sharp bumps level and the radiuses widen, the adaptive dampers (in Comfort) begin to breathe better with the road.

For all its sporting pretence, the Stinger remains at its best at seven tenths, relaxing back in its torque and relentless surge – that’s where you’ll find its honey. 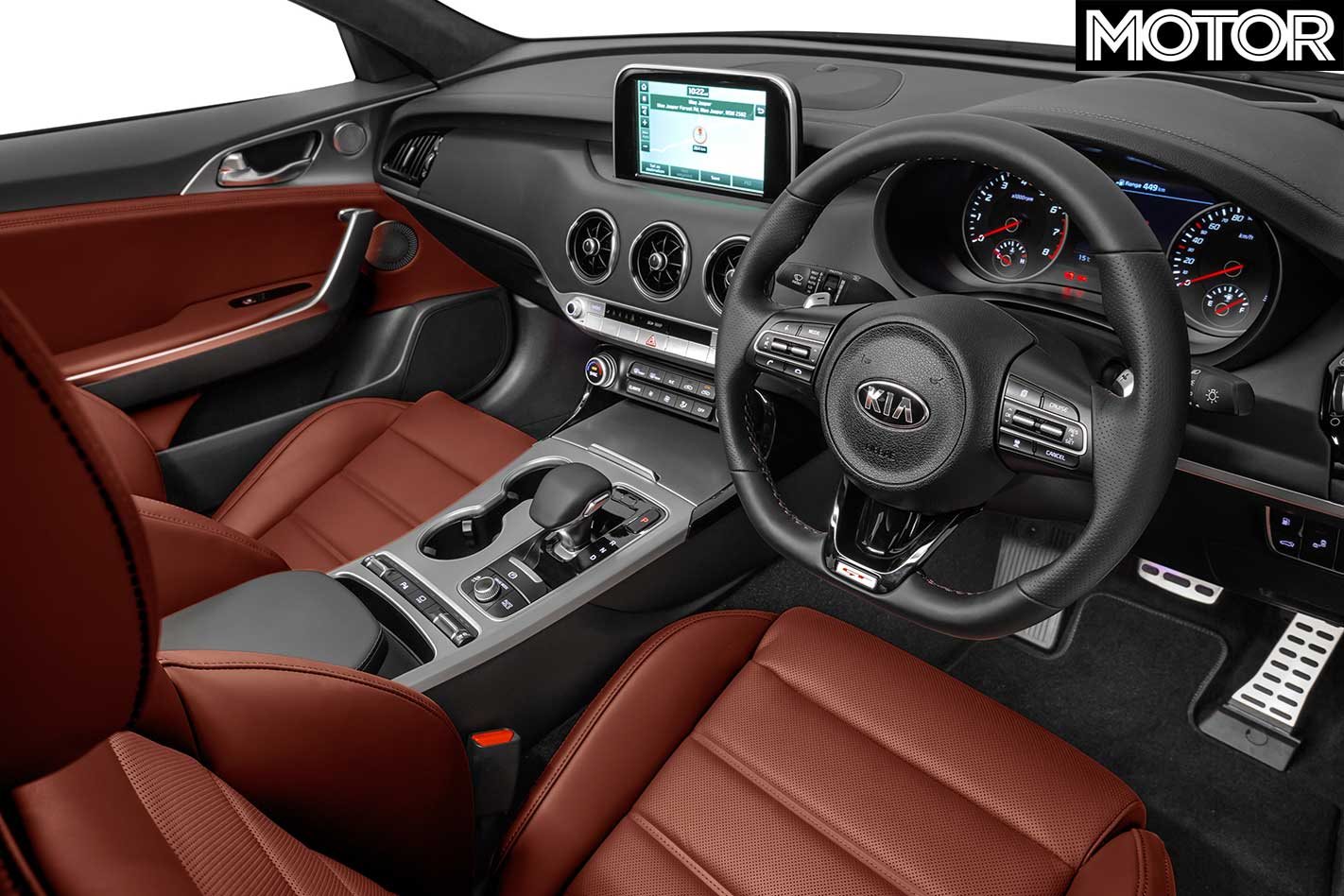 The cabin, too, ties in with the loping cross-country nature of the GT. It’s Euro-focused and packed with features and modern tech. The seats are plush with some of the best bum warmers and coolers in the business. We reckon an option worth avoiding is the exhaust. The array of tones that filter into the cabin aren’t pleasing and you’ll begin to mourn the loss of the standard car’s muted acoustics.

The $59,990 Kia might have its shortcomings, but in isolation, the boosted 3.3-litre Stinger is almost as loveable as our now defunct Aussies. Throwing Michelin rubber at the Stinger has only made it more appealing and we continue to hope it gains a second act.

Get a grip on great tyre deals on WhichTyre.com.au 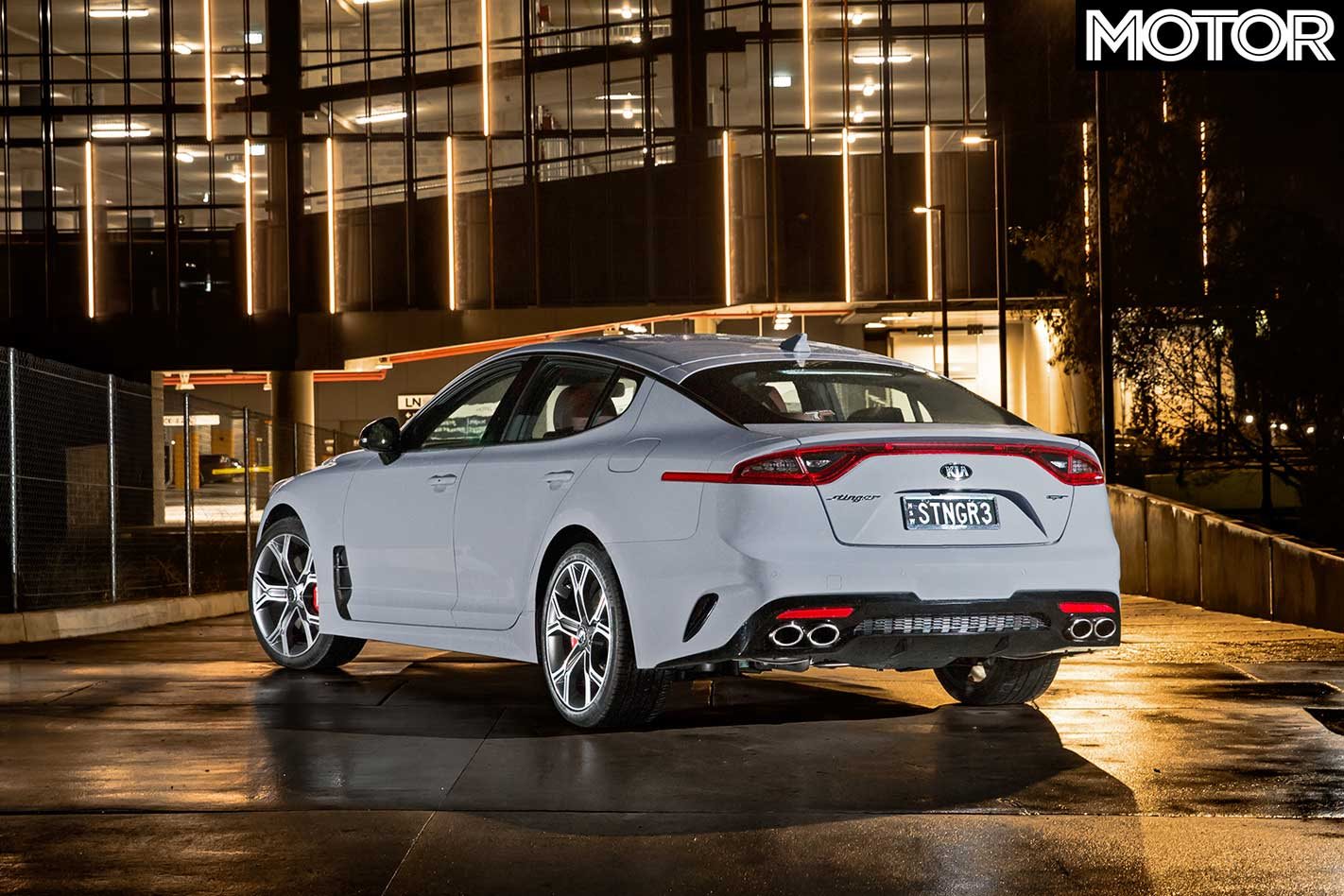