The Toyota Hilux has always bumped around in an odd netherworld between bushy suburbia and the blue-collar universe.

Starting life as a simple, rugged tool for the hard-hat and Akubra brigades, along the way it’s morphed into one of the most popular passenger vehicles in Australia.

That dual identity brings with it a series of compromises that the Hilux’s original designers never really planned for.

Read next: This is the V8 Hilux that Toyota won’t build

The 2020 refresh of the eighth-generation Hilux, which launched in 2015, inches the needle over towards a passengers-first sentiment, presenting a more civil side to the Hilux without impacting its abilities on the construction site or back paddock.

Niceties like a digital speedometer and Apple CarPlay, and necessities like AEB and adaptive cruise control, are all part of the mix of this upgraded Hilux, along with powertrain tweaks and a light cosmetic makeover.

Make no mistake, though; the interior of the Hilux is still as tradie as it comes. Those hard plastics and durable surfaces are softened by stylised curves and radiused edges, while a new, larger 8.0-inch multimedia screen with smartphone mirroring and app access make it more commuter-friendly. 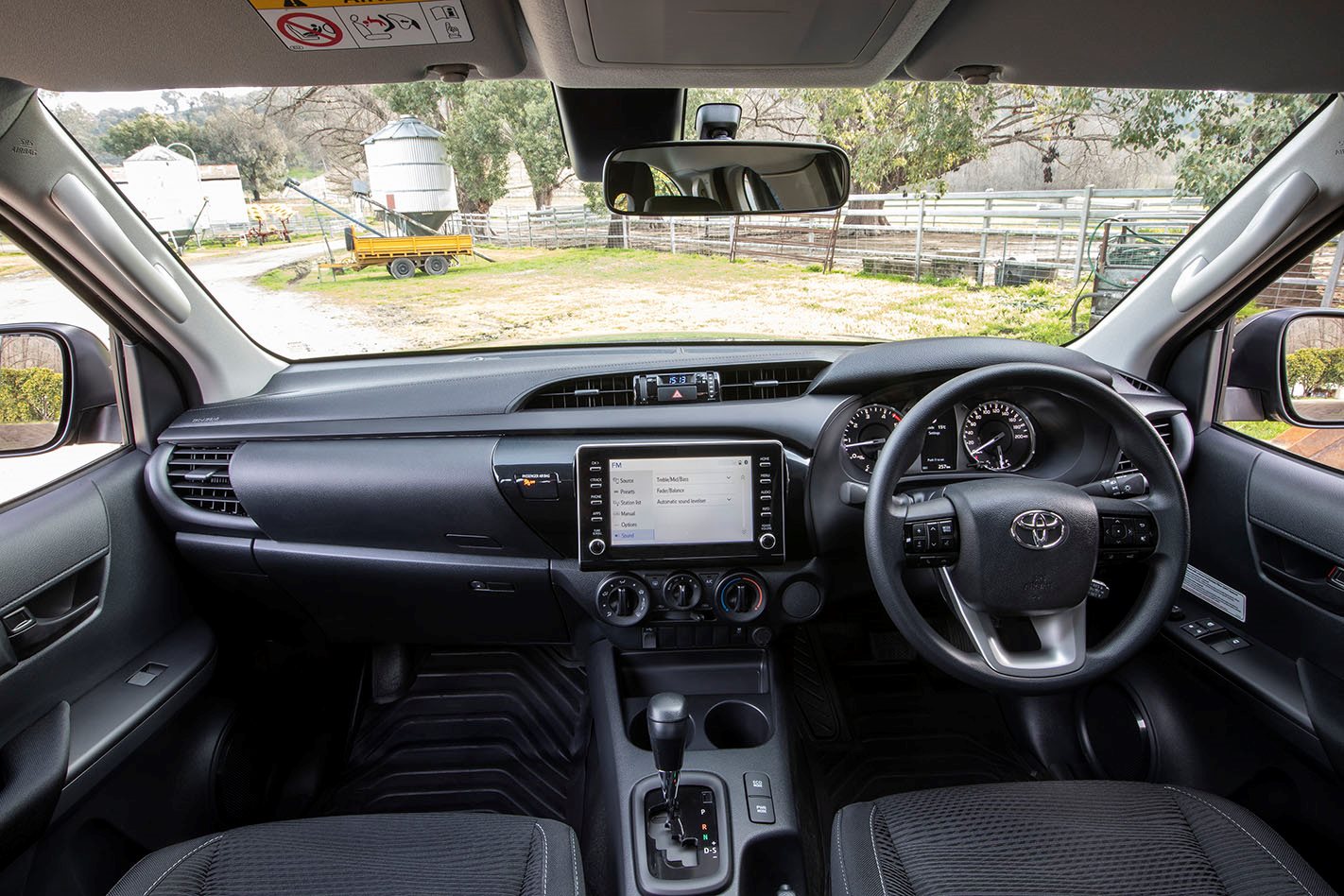 The screen can be used via touch, but every function can be accessed by a button or a knob.

Trademark Hilux touchstones are still present, including the dot matrix-style digital clock and the idle-up button to the right of the steering wheel, which nestles just above the diesel particulate filter regeneration button.

Added in 2018, it’s a reactive fitment to try and stem the tide of discomfiture with the DPF issues that have thus far plagued the eighth-gen ’Lux.

The Hilux’s 1GD-FTV 2.8-litre diesel turbo four has been made over, with a larger, ball-bearing-equipped turbocharger, a stiffer cylinder block, better exhaust gas management and improved cooling helping to boost outputs to 150kW (up 20kW) and 500Nm (up 50Nm) on the auto (though it’s still 420Nm for the manual).

It’s still a handful of killer wasps down on the Ford Ranger's 2.0-litre twin-turbo’s 157kW, but the torque is a match.

Another improvement; the updated six-speed auto can now handle 3500kg of trailer, up 400kg over the previous version. Toyota says it's down to improved torque lock-up calibration.

On the exterior, there’s a bigger one-piece grille and redesigned front bar, new internals for the headlights (still halogen at the lower end of the spec scale) and new LED taillights but little else in the way of sheetmetal changes.

A telescopic steering column and decently proportioned seats provide a familiar driver interface, and a digital speedo is a few years late but still a welcome addition.

The adaptive cruise control system is effective if conservative with distances, and can still be overridden to access old-school cruise if that’s your pleasure. The lane departure function is quite coarse albeit effective in its operation, too.

MORE Fernando Alonso gets first thrash of the new Hilux

Has Toyota managed to improve the skittish unladen ride and handling for us city folk? The short answer is yes.

Revised lower-friction shocks combine with new front springs and longer rear leaves, revised bushings and new mounts between the cabin and the frame to bring the around-town ride quality closer to that of its competitors.

It’s still a utility and it still can pack a tonne in the back, so it will always be compromised, but Toyota has clearly spent a bit of time and money to improve the everyday liveability of the Hilux.

Its primary ride is now on a par with - and possibly nicer through the front end than - its most vaunted rival, the Ford Ranger. The rear end still exhibits a tendency to shudder, but the rear end feels much more refined and controlled at low speeds.

The harshness does return when road speeds rise, but it's a marked improvement for the Hilux.

The steering system has also been tweaked, with a new variable-flow steering pump giving the Hilux lighter steering feel at lower speeds.

The revised 1GD engine feels more cohesive, mature and less industrial, too, with decent throttle mapping and a good relationship with the six gears.

MORE The verdict on every dual cab ute in Australia

A larger turbo, the stiffer block and revised internals all work together to give the engine more presence, with less right-foot work needed to keep things on the boil.

Toyota is cagey about how it has addressed the diesel particulate filter issues that have plagued the Hilux, but it says that both "software and hardware changes" have been made in an effort to solve the DPF blockage issues that can quickly kill the expensive filter.

We need more kilometres with the Hilux to see if it’s got the chutzpah to see off a brace of new and improved rivals, but at first blush, Toyota has certainly rounded off a few of the Hilux’s callouses. 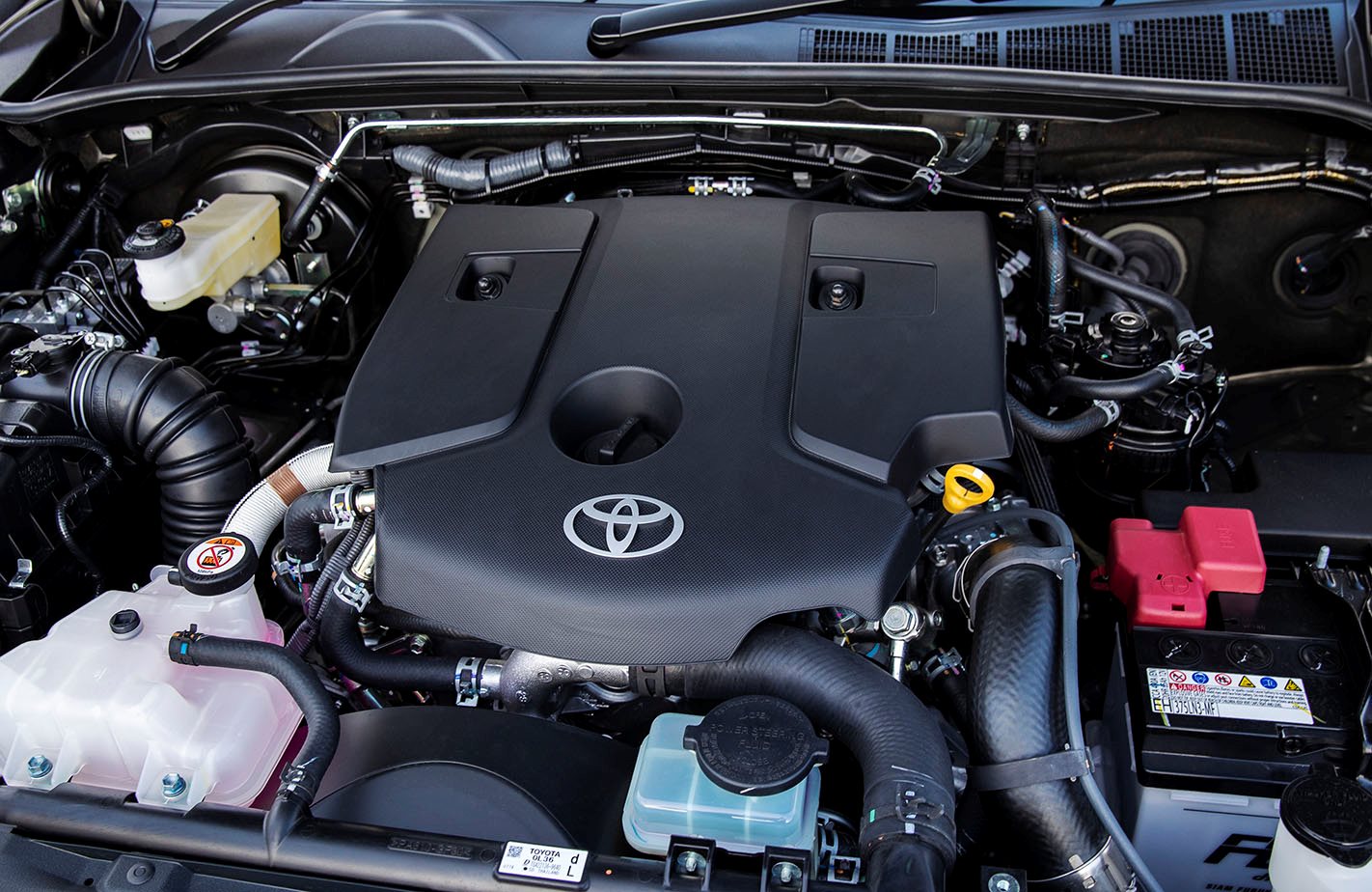 An all-new version of the Ranger will hit us next year, so technically the Ford is an older nail than the Hilux. However, key tweaks for the 2020 year from the Blue Oval will keep the Japanese giant honest.

And it’s the little things on the Ranger, like a USB port behind the rear-view mirror for dashcams and remote-controlled roller shutters for high-spec versions, that will help keep the fight alive between two of Australia’s top-selling vehicles. Next year, however, will be very interesting… 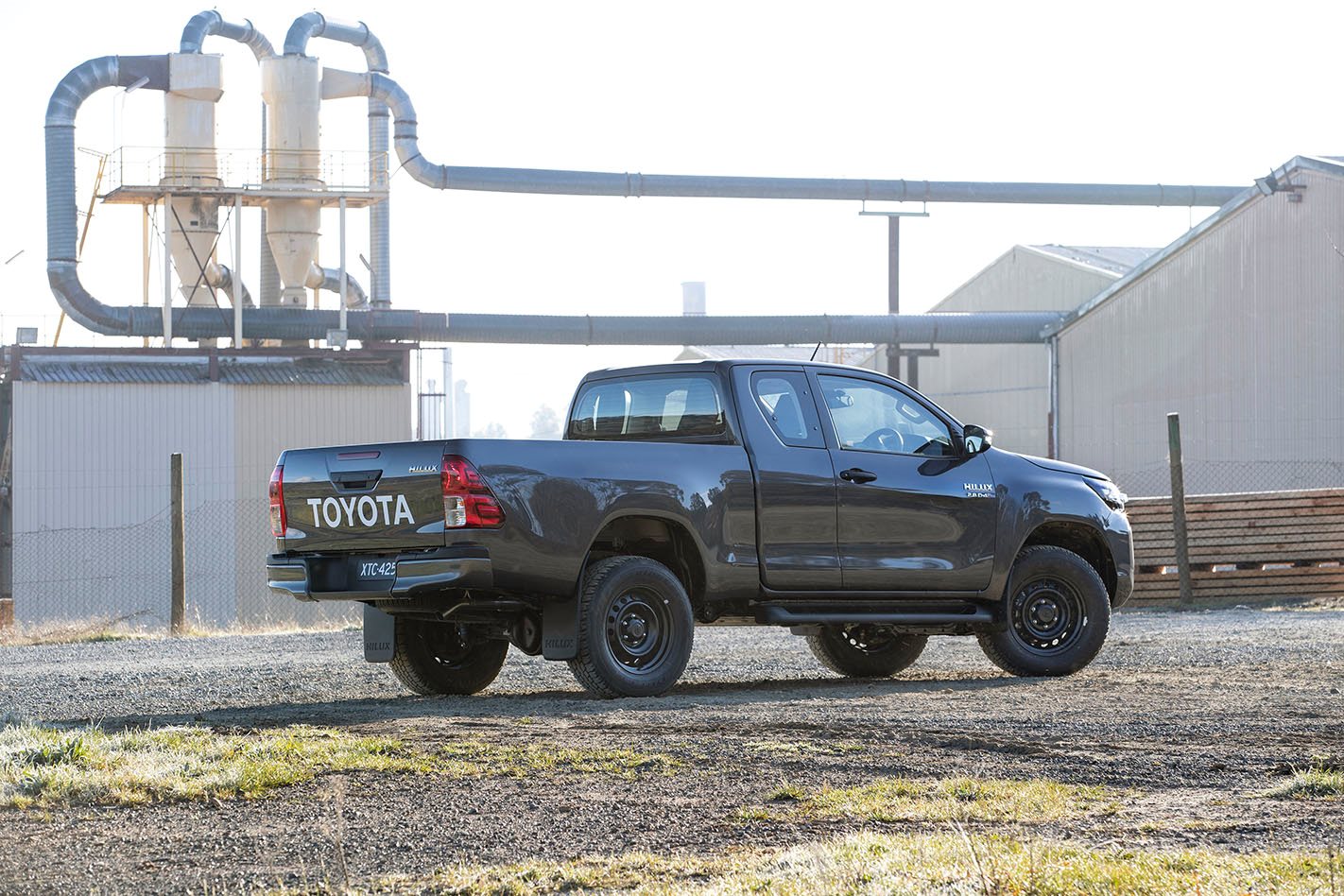 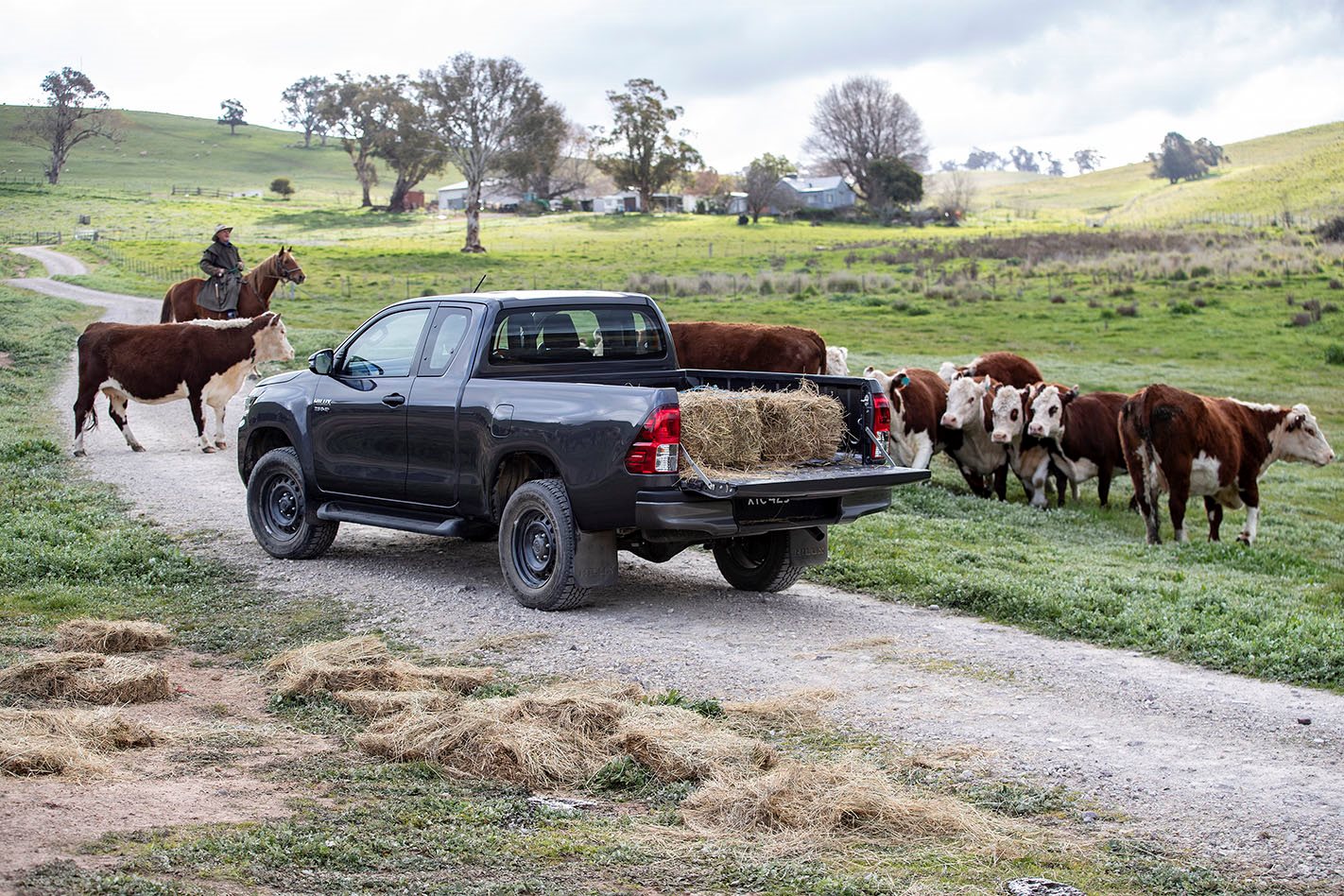