Reduced fuel consumption and lowered emissions are exciting, too... if you watched The 40 Year Old Virgin and thought it was a documentary, about your life. Otherwise, mid-range muscle is what it’s all about.

Case study: the new Ferrari California T. The old California, with its 4.3-litre naturally-aspirated V8, made 505Nm at 5000rpm. The new California makes 755Nm at 2750rpm, despite downsizing to 3.85-litres. That’s a dizzying 250Nm more than the old car. To give perspective, a Toyota 86 alone has 205Nm. And it’s all because the California is now turbo. 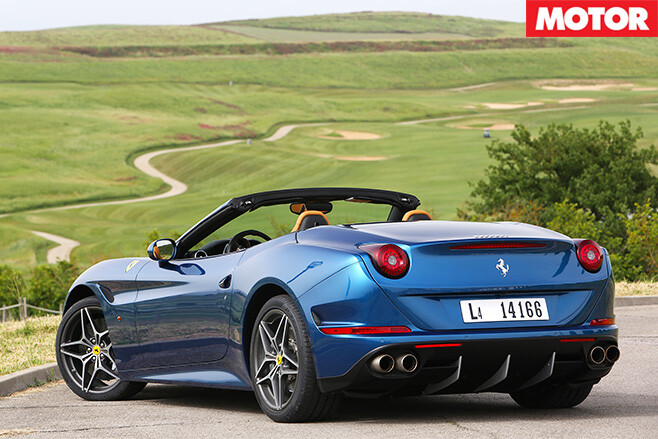 We weren’t always this enthusiastic about a turbocharged Ferrari. Despite what we first said, we’re not exactly cheering the extinction of natural aspiration and sorta hoped Ferrari would be the Alamo for naturally aspirated engines, if you like.

Some even might mumble, who cares about a turbocharged California? Aren’t most doomed to sit in garages of people like Paris Hilton and do more laps around Surfers Paradise than Phillip Island? Perhaps. But in reality, Ferrari’s first crack at turbocharging since the F40 is important given reports the 458’s replacement could go the same way.

Of course, the F40 proves Ferrari knows how to make turbos exciting. But the F40 was built when turbocharging was still a bit nuts and the purpose of such instalments was to wring 352kW and 577Nm out of a 2.9-litre V8 – not for silly things like reducing emissions and fuel consumption.

These days, of course, they are the exact reasons everyone’s going turbo – Ferrari included. 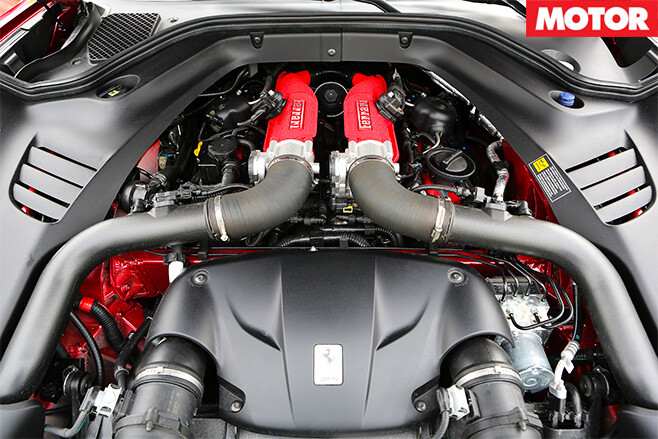 The new engine also sits 40mm lower than the old one, helping the all-important centre of gravity. The chassis is also as new as you can get without completely binning that of the old car. The wheelbase and folding roof mechanism are the only direct carry-overs, apparently. Weight is 1730kg – about five kilos less than the old model. 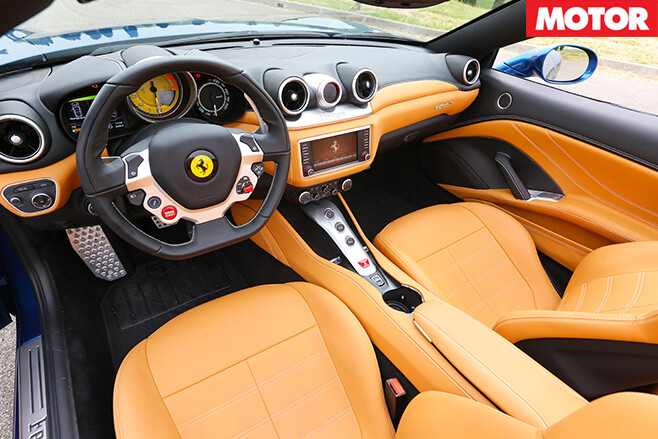 All impressive, but we worried the California had lost its voice and had a throttle pedal as awake as Clive Palmer in Question Time.

So at 4000rpm in second gear, an accelerator pedal flexed underfoot and a straight, empty road through the windscreen, we were nervous. We punched the accelerator as hard as we could. And felt relief as we realised turbos haven’t ruined this Ferrari. Zero to 100km/h comes up in 3.6 seconds; 200km/h flashes up in 11.2 – more than two seconds quicker than the old car. Top speed is 316km/h. Unless you drive a Veyron every day, you’ll never be unsatisfied by the California T’s berserk acceleration.

Lag? Only a diehard enthusiast would notice the slightest of hesitations upon smashing the throttle wide open at low to mid-rpm. But indeed, this is the most responsive turbocharged car I’ve personally ever driven. Big call, I know.

But it’s the way it accelerates that’s interesting – and very new for a California. You can pluck gears at 6000rpm and feel totally satisfied with the acceleration, such is the T’s mid-range muscle. Overtaking is seamless – unless you’re being a dill, there’s no need to knock down a gear. In fact, there’s so much torque that Ferrari has different boost maps for each gear. Every new ratio unlocks more torque than the last, building to 755Nm in seventh gear. The effect is an ever-building surge of thrust unrelenting as you pluck new gears. Only people who live in rooms with padded walls would ever be disappointed they don’t have 755Nm at 2750rpm in first gear.