CHINESE-owned British brand MG has launched what it calls a premium SUV in Australia, for not much money.

It’s another SUV from the reborn British brand, joining the MG GS in Australian showrooms in the wake of a renewed sales push for the brand. The MG ZS sells in Australia in both 1.5-litre Soul and turbo 1.0-litre Essence specification, costing from $20,990 and $23,990 respectively.

Chinese brands are now deeply embedded in the Australian new-car market. Expectations of new products has run low based on past experiences, but could the sharp-looking, well priced ZS change that? 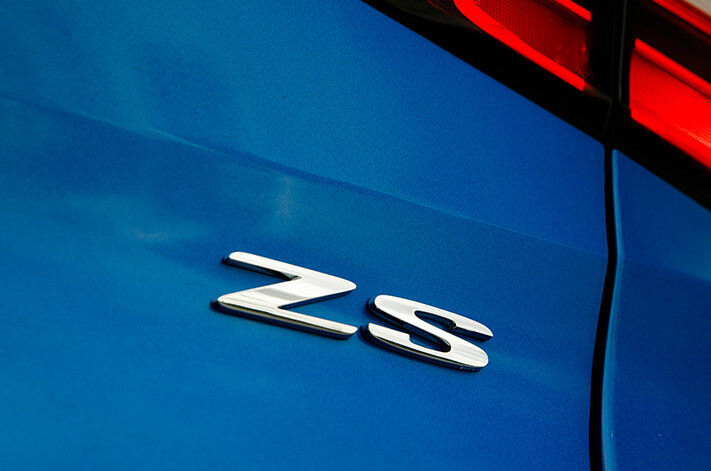 A sharp price always means a few corners will need to be cut to get there, and that shows up in the MG ZS. It’s a tough call in a segment where value for money, not necessarily price, is a key driver. 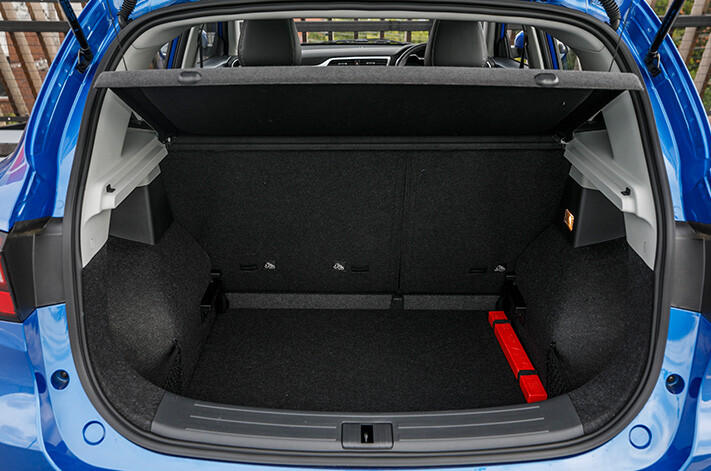 THE MG ZS was designed and engineered in Britain. What the fine print doesn’t say is that it all happened inside the Birmingham-based outpost of its parent company, Chinese car-making giant SAIC, which gained the badge after it picked over the bones of the failed MG Rover Group that collapsed spectacularly in 2005. One of SAIC’s prizes was the MG brand.

This version of the MG ZS is very different to the old one. The original was a decade-old four-door sports sedan that had endured more tarting-up than an ageing rock star preparing for a farewell tour. It has now evolved into an eminently more marketable product for its new owner; a compact SUV. 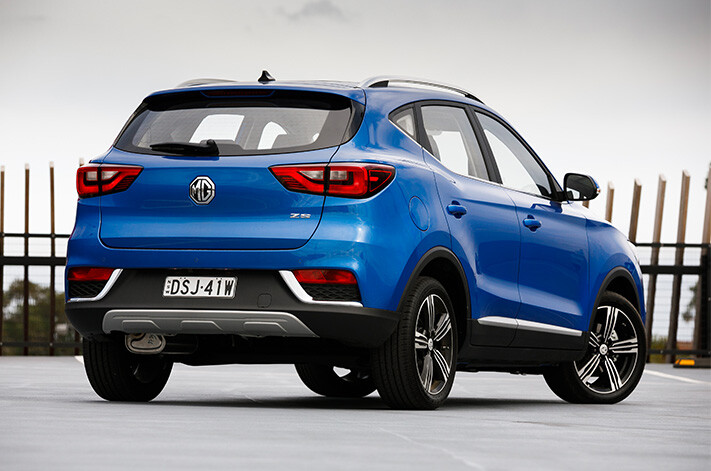 The MG ZS doesn’t look like a Chinese car. It’s rather handsomely proportioned and uses contemporary design cues, playing a very safe middle ground. Our only criticism would be the wheels – the alloys are a decent 17-inch diameter, but the size of the blacked-out wheel arches they sit inside make them look a bit undersized. The car does come with a long seven-year warranty that matches the best in the business.

Inside plays equally safe. Our Essence test car had nicely shaped, but narrow, seats trimmed in vegan leather, much of the surfaces where a hand or elbow fell were soft (even if the shades of black, and textures, didn’t quite match), legroom for the rear seats is generous, and at 359 litres up to the load space cover (or 422 litres if you go higher), the boot is huge (it also has a false floor that can sit higher to yield hidden storage around the space-saver spare wheel). A massive panoramic sunroof protected by a woven screen lets in plenty of light on a cloudy day, and heat on a sunny one – the single-zone climate control struggles with all that glass. 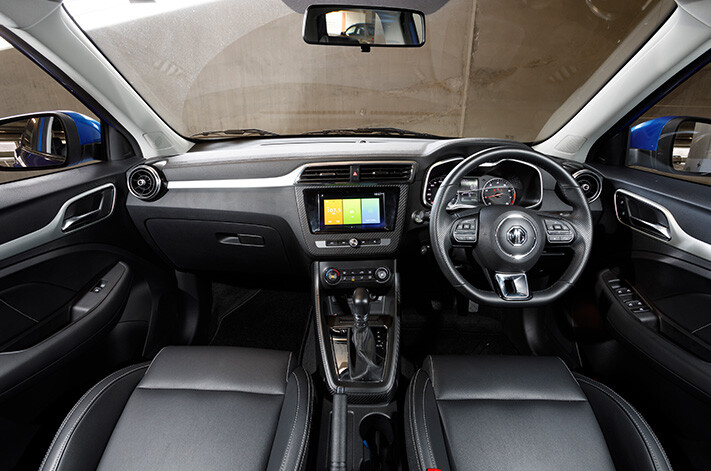 Jump in behind the wheel, and straight away there are a few small problems. The most noticeable is the lack of reach adjustment on the low-set, square-bottomed steering wheel, which forces the driver to sit closer to the pedals than they’d ordinarily feel comfortable (meaning you’ll be constantly be dragging a knee across the steering wheel’s height adjust lever), or extend the arms a little more than they’d feel comfortable. Taller drivers will have even more grumbles; the footrest seems like it’s made for a size-six boot, the headrest is too low even on its maximum setting, and the top of the seatback pushes uncomfortably into the shoulder blades.

Analogue instruments are split by a monochrome screen that smacks of decade-old Volkswagen via its arched digital fuel gauge. A large 8.0-inch colour touchscreen hosting Apple CarPlay (the only way you get sat-nav), a reversing camera and car settings sits low in the middle of the dash, below the air vents, in an era of automotive design that now tries to get things up and into the driver’s line of sight. The centre console has decent small-item storage, but there are no covers over anything, with the small glovebox the only way you can keep things hidden from prying eyes. 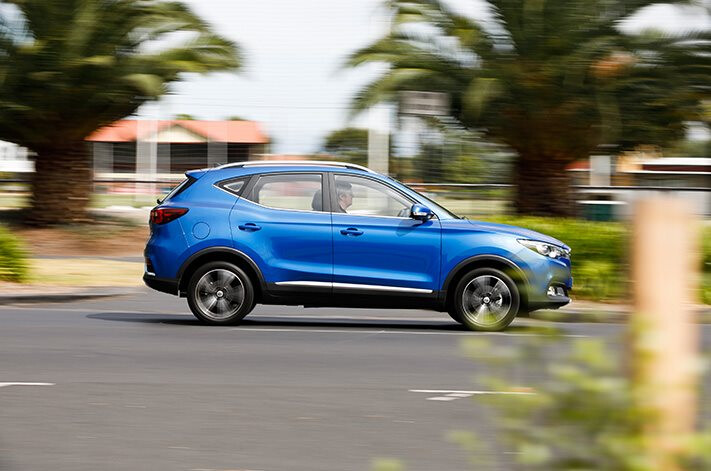 On the road the MG is a mixed bag. At low speeds, the ZS is quite mature. However, as speeds rise, a taut rebound means the MacPherson front, torsion-beam rear suspension will slap over the sharper imperfections on the surface. Acceleration is a progressive, noisy affair, accompanied by the thrummy and vibey turbocharged 1.0-litre three-cylinder engine’s soundtrack. The speed-sensitive steering, meanwhile, is too light, completely lacking feel in its ‘Urban’ setting and only adding a slight amount of weight, not feel, when you dive into the multimedia unit’s settings menu and dial it up to ‘Dynamic’.

Here’s a surprise, though; chuck the ZS into a corner and the 215/50 R17 alloys wrapped in Maxxis rubber will hang on like a limpet with just a little bit of tyre squeal, a hint of understeer and a generous amount of body roll. Try the same thing on a loose surface, and the ZS will dissolve into lift-off oversteer for a split second before the electronic stability control slams the door shut on the fun. 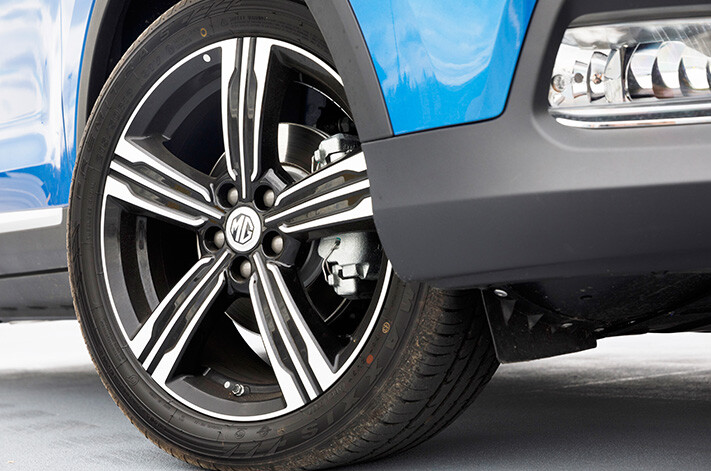 The dual-clutch gearbox deserves a mention, too. At speed it’s fine, but try and shuffle into a tight car park and the clutch will snatch and lurch, making fine adjustments difficult.

The ZS has earned a four-star ANCAP crash rating, largely because it failed to meet the minimal threshold needed to pass the frontal offset crash test that mimics one of the most common types of crashes, but also because it misses out on much of the driver-assist technology such as automatic emergency braking and lane-keeping functions. Otherwise, the ZS achieved an occupant protection score that was on par with competitors.

The MG ZS tries hard in a segment that hasn’t really had room for mediocrity since the Mazda CX-3 came in and smoked most of the previous benchmarks. Yes, the Chinese-born Brit is cheap, but against the competition it also feels it.