WHAT IS IT?
The entry-level convertible version of Ford’s all-American muscle car, the Mustang.

WHY WE’RE TESTING IT
We’ve experienced the coupe, or Fastback, but this is our first stint behind the wheel of the vehicle expected to account for about 30 per cent of local Mustang sales.

THE WHEELS REVIEW
Few cars rev up the Florida or Californian rental car market like a Ford Mustang Convertible. Hawaii also takes its fair share of Ford muscle with the sun soaker pack.

Whether it’s honeymooners or retirees, the prospect of a drop-top pony car holds widespread, age-defying appeal. It could soon in Australia, too, with the late 2015 arrival of the Mustang also ushering in the soft-top. No doubt the Gold Coast Hertz counter will be dusting off the bollards to deal with the queues.

To be fair Australia won’t be getting the full rental Mustang, which gets an uninspiring V6 that isn’t slated for local dealerships. Instead we’ll get the choice of a four-cylinder turbo or the classic V8, the latter commanding a $10,000 premium over the four-pot.

It’s the 2.3-litre Ecoboost we’ve chosen for this test. With a sticker of $53,990 ($6000 more than the equivalent Mustang coupe) it’s expected to be the more popular engine for a car more about soaking up the scenery and copping a few glances than setting a new lap record.

Not that the four is a slug - far from it. Its 233kW outguns most V6s and there’s a hearty 432Nm on offer. It’s that torque that’s the Mustang’s strongest suit. Pull from 2000rpm is brawny (it’s even huffing nicely from 1800rpm) and it maintains the oomphy deliciousness all the way to 5000rpm.

Less endearing is its high rev flavour. Apart from the dull exhaust note, which is hard to escape with the roof down, it doesn’t have the free-revving zing many will expect from a sports car. You could change gears sooner – the six-speed can be notchy but is direct – although Aussie versions only get a self-shifter, complete with shift paddles.

Performance is dulled in the soft-top though, a car approaching 1.7 tonnes thanks to 70kg of additional bracing and reinforcements to strengthen the body without a metal roof. Even that added torsional heft isn’t enough. The windscreen shakes at the smallest imperfection, although even over big judders it never twists uncontrollably. It’s like there’s some natural flex built in and despite claims that structural rigidity is better than ever, the engineers haven’t bothered chasing the final degrees.

Grip from the 20-inch Pirellis on the car we drove is good, borderline great even. It helps point the nose accurately, although the precision is ultimately limited by the heavy body and that corrupting flex. The independent rear end sticks reassuringly and provides confidence to punch out of corners hard.

But the suspension doesn’t always know how to deal with big lumps, especially mid-corner. It’s soft and relaxed rather than pinpoint sharp, presumably because a firmer suspension tune would turn that shaking into rattling. That means it can feel floaty and flustered once you over-challenge it Throw too many corners, bumps and changes of directions in a short stretch and it comes up short of answers.

Flatten the road surface and back off the pace and the Convertible’s personality shines. That accessible torque and the respectable ride make it an easy accompaniment to some loping, lazy corners on a sunny day.

There’s a rustle of wind waving around the back of the cabin and on to the necks of those up front, even with the windows up. Windows down it’s considerably more bracing. The electronic roof folding mechanism isn’t the last word in sophistication, but it pays to remember that this a Mustang. Dropping the top can’t be done on the run and requires the twist of a clunky handle before pressing a button on the roof for a quick seven-second operation. It folds away neatly enough although leaves a hole on each side. These can be covered by clip-in covers, but we suspect they’ll get as much use as the tall sixth gear in Sydney peak hour. None of which will upset those on their next holiday to the sunny US states.

Back in Australia, if you’re hell bent on the Convertible, you’ll need to accept that you’re diluting some of the sharpness that adds muscle to a muscle car. Many will see that as an acceptable trade-off for those looks. 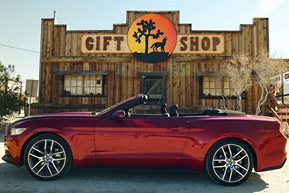 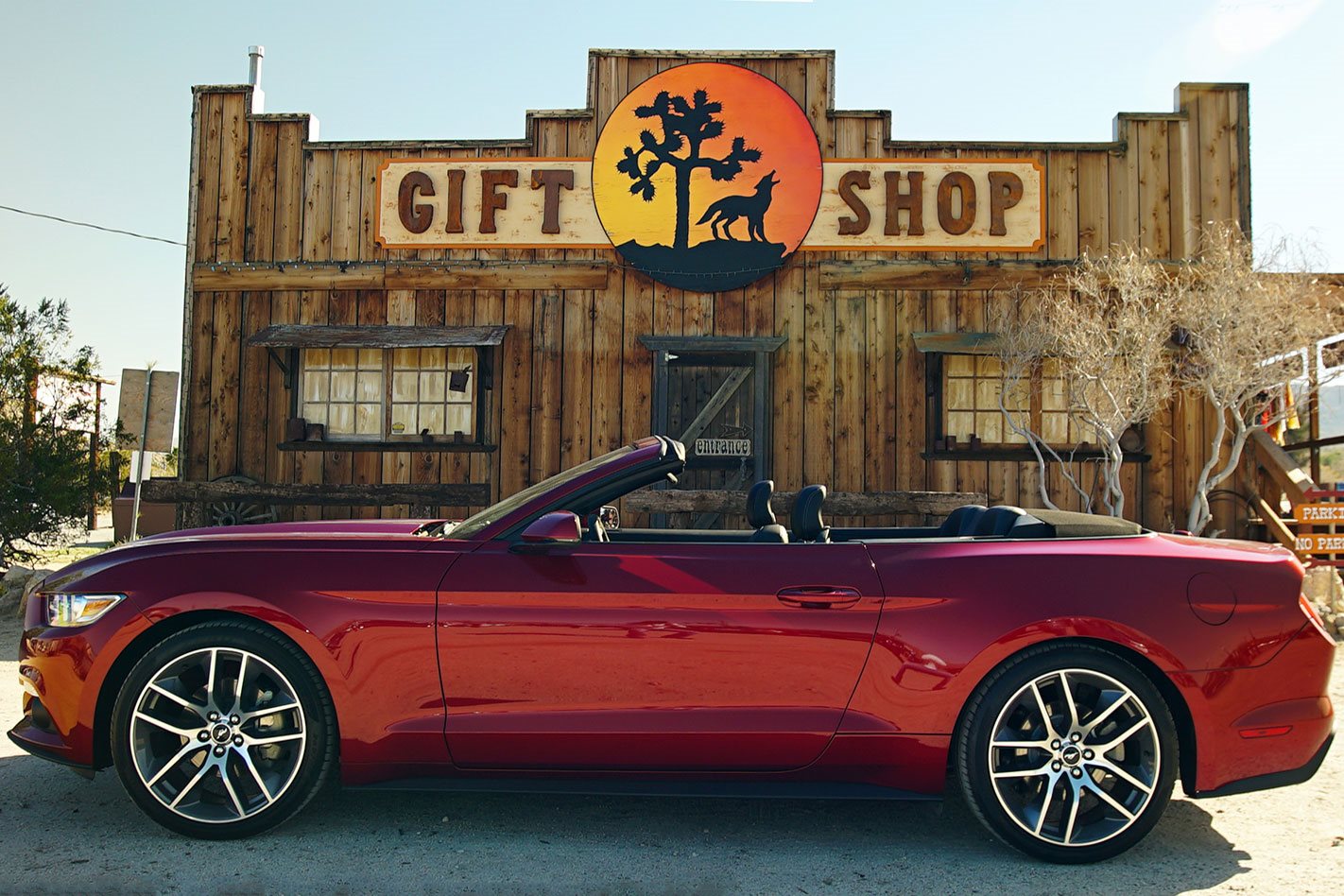 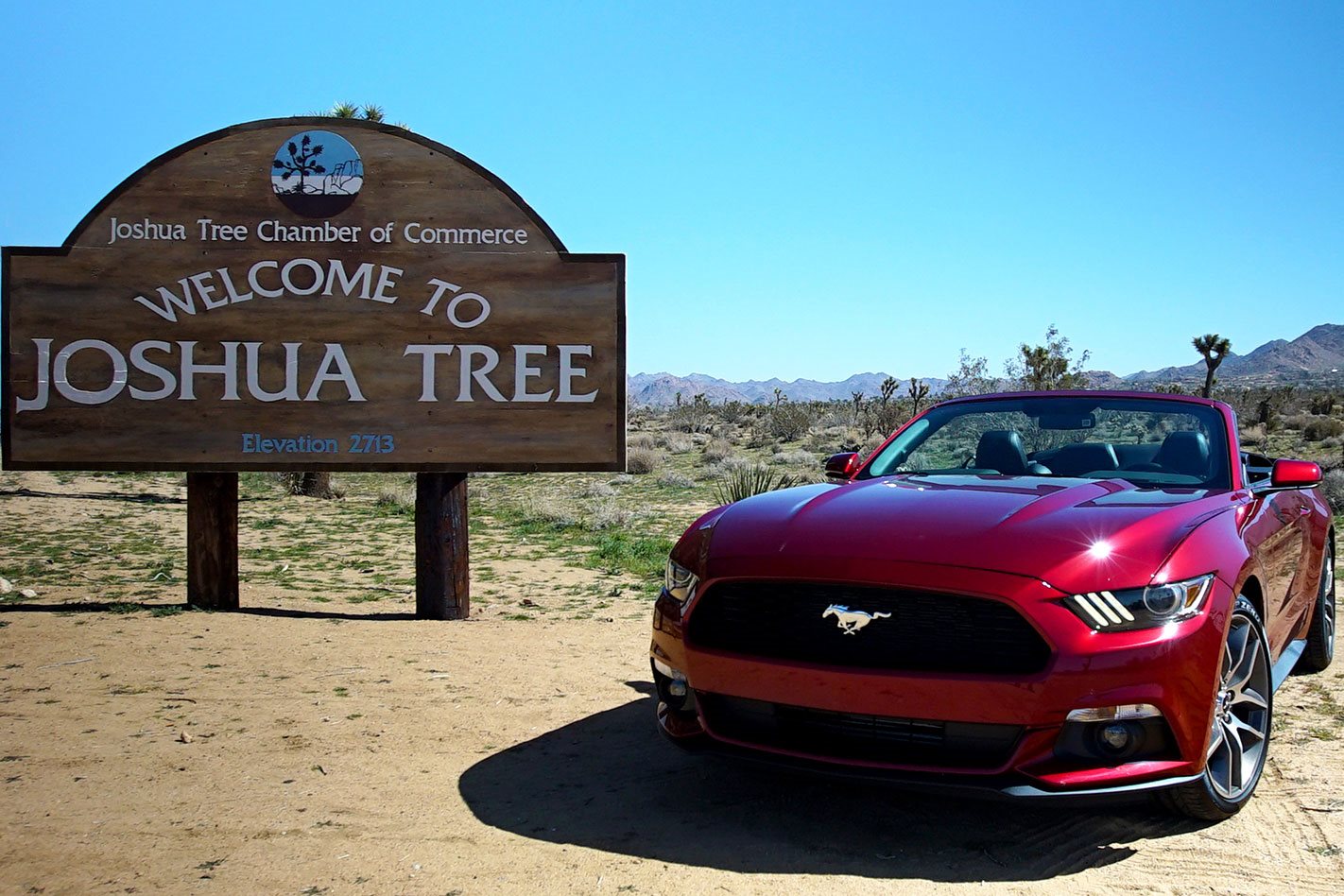 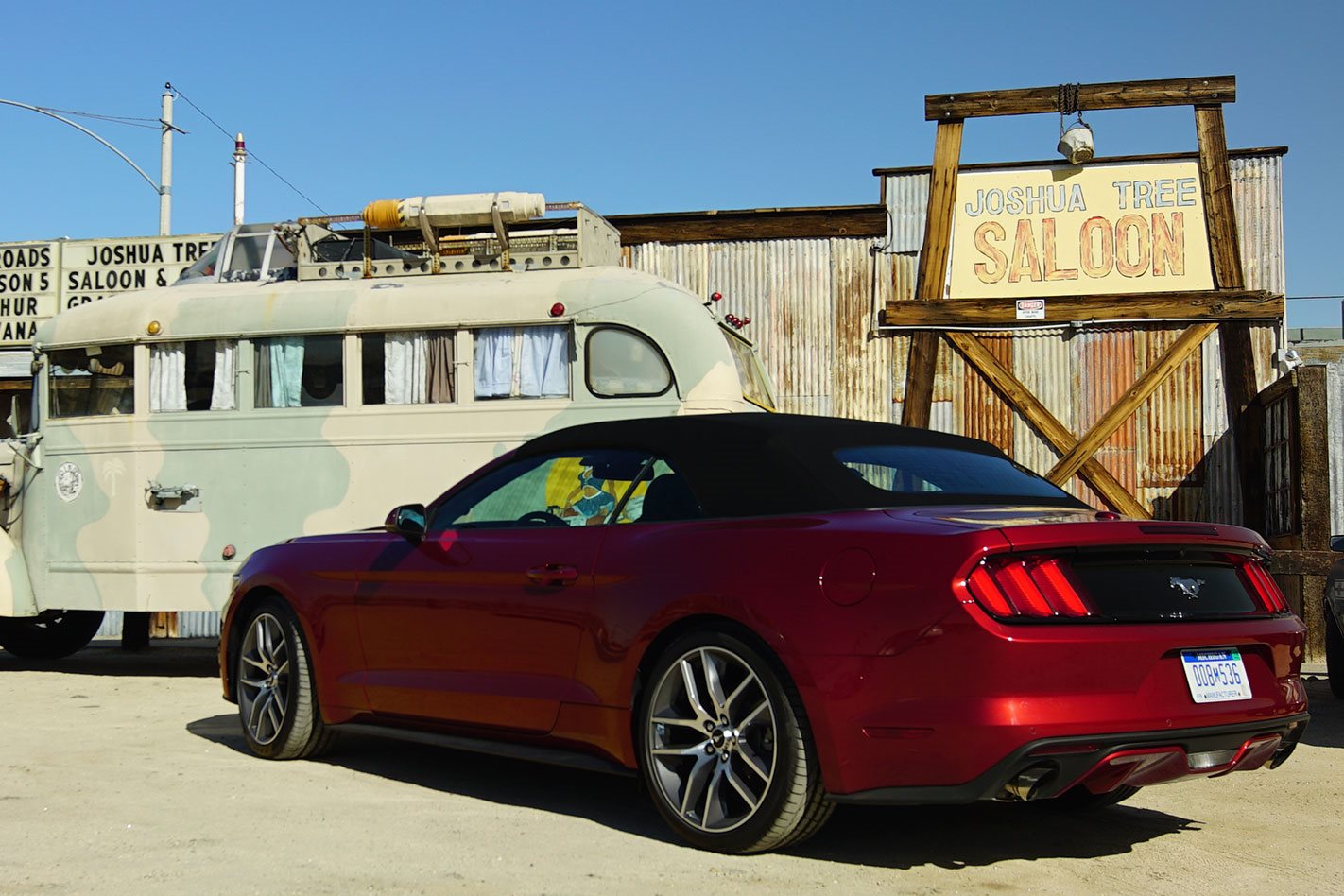