The names August Achleitner and Frank Walliser should be well-known by every died-in-the-wool Porschephile.

Achleitner, known as 'Gustl' to his friends, took charge of the 911 program in 2001, overseeing the development of the 997, 911 and latest 992 models before handing over the reins to Walliser in early-2019. The identity of Gustl's successor was no surprise considering Walliser's star-studded CV as head of motorsport includes the RS Spyder, 919 Hybrid and 911 RSR, not to mention the 918 hypercar.

However, when the keys to the chief engineer's office were handed over the DNA of Porsche's iconic sports car family took an invisible step towards even more empathic and extrovert dynamics. This journey begins with the new Porsche 992 911 Turbo S. 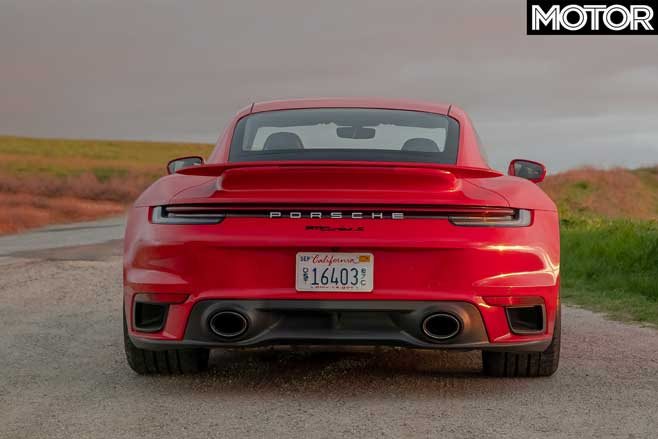 The previous 991.2 Turbo S, MOTOR's 2017 Performance Car of the Year, was a remarkable piece of kit – super quick in a straight line, entertaining in the twisties, totally forgiving 24/7 – but previous Turbos have tended to attract a certain clientele, typically gentleman drivers who enjoy showing off in a prestigious piece of street furniture.

The latest example still ticks that street-cred box, but beneath the wider-than-ever bodyshell lurks a totally different animal: raw, aggressive, more tactile, massively faster and a handful at the limit for those who seldom rest more than two fingers on the wheel. At a glance, our test car looks a predictable evolution of a well-established licence to print money. The visuals suggest more of the same, not a radical departure from a proven recipe. This initial impression is thoroughly misleading; this is definitely not your sugar daddy's Turbo anymore.

The tracks have been extended once again, this time by 45mm up front and 20mm at the rear, the adaptive aerodynamics are even more elaborate, the shiny multi-spoke wheels are now staggered in size, 20s in the nose and 21s under the tail, and shod with wider Pirelli P Zero rubber (255/35 and 315/30 respectively) while the fresh make-up includes LED matrix headlights and four fat rectangular exhausts. 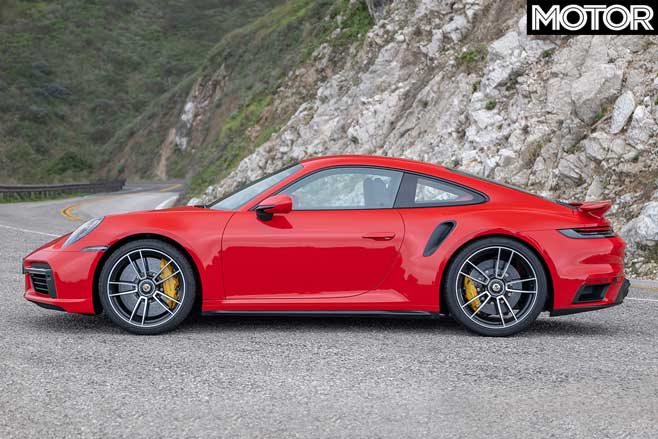 Instead of a relaxed high-speed cruiser, the new Turbo is a hardcore sports car almost worthy of its own RS badge. Did I say sports car? Make that supercar, for the ultimate 992 can outsprint the Ferrari F8 Tributo, leave Aston's DBS Superleggera trailing in its dust and give the McLaren 720S a run for considerably less money. It's that good.

How fast is the latest iteration of the quintessential Porsche? Top speed is an unchanged 341km/h, however in terms of acceleration Stuttgart's brighest icon shaves 0.2sec off the 0-100km/h time – now a blistering 2.7sec – while covering the 0-200km/h stunt in an even more thrilling 8.9sec, one whole second fewer than before.

The hardcore GT2 RS is marginally more accelerative once up and rolling, but then it has 515kW/750Nm with only 1440kg to shift; the Turbo S manages 478kW/800Nm from its new 3.8-litre twin-turbo flat-six but weighs in at a hefty 1640kg thanks to the bigger wheels, eight-speed dual-clutch gearbox, extra emissions gubbins and added cooling. 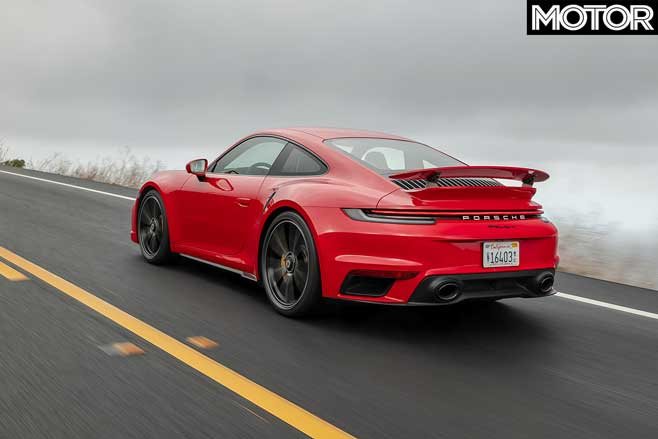 That extra mass also includes all-wheel drive and the eight-speed PDK offsets its added kilos with a launch-friendly first gear, long-legged top gear that enables an indicated 345km/h and a works in conjunction with a fuel-saving 3.02:1 final drive.

Overall consumption is claimed as 11.1L/100km but depends almost entirely on the hooligan inside, extended stretches of COVID-cleansed autobahn doubling that and then some. But frequent fuel stops is a small price to pay for enjoying this tellurian fighter jet; after all, this high-tech transformer beams itself to 200km/h in the time it takes the average family SUV to reach half that. It is insanely quick throughout the entire rev, gear and speed spectrum to the point that a tear-off pad with blank driving licences should be offered on the options list.

Forward thrust is squashed just as effectively by the family pizza-sized brakes. The 390mm carbon-ceramic discs and four-piston calipers would be considered overkill on the front of most cars, yet here are just a rear-mounted supporting act to the 420mm discs and 10-piston calipers that do the bulk of the work. Heavily applications are aided by the eye-catching pop-up airbrake that momentarily darkens the rear-view mirror. 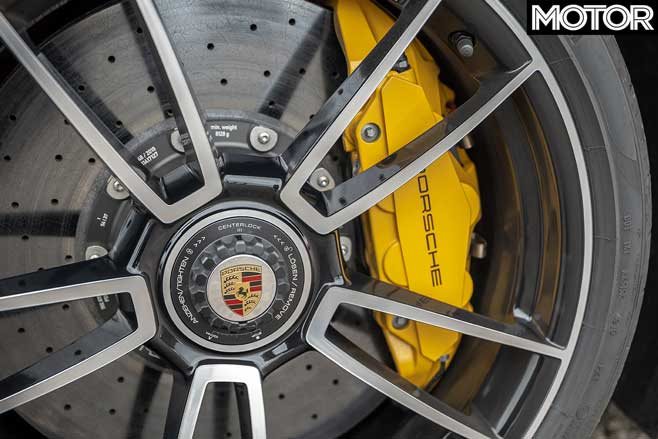 The Performance active aero, activated in Sport Plus, ramps up the drag from 0.33 to 0.38 but brings a commensurate increase in downforce, the rear wing flattening slightly at 150km/h and laying fully horizontal at 175km/h. This most aggressive drive mode also delays upshifts until the last possible moment, downshifts strike early like unexpected lightning and the adaptive dampers tense like four champagne bottles about to pop their corks.

This firmness crushes the low-speed ride, but the Turbo S scores big points in the handling sweepstakes thanks to quicker-acting rear-wheel steering, more sophisticated damper control and that wider footprint. At low speeds tight turns elicit a rhythmic sequence of thumps from the driveline and even in Wet mode, which proves virtually foolproof in the lower Carrera models, sudden full-throttle action triggers a heart-stopping moment of breakaway before the electronics wake and steady the ship.

On dry roads this boosted monster tracks with confidence-inspiring precision; at nine-tenths the driver can do almost no wrong, but the last step towards total satisfaction is a dare form man and machine, in that order. Add some moisture and previous Turbos' unflappable composure is replaced by early aquaplaning and momentarily questionable lane-changing grip. 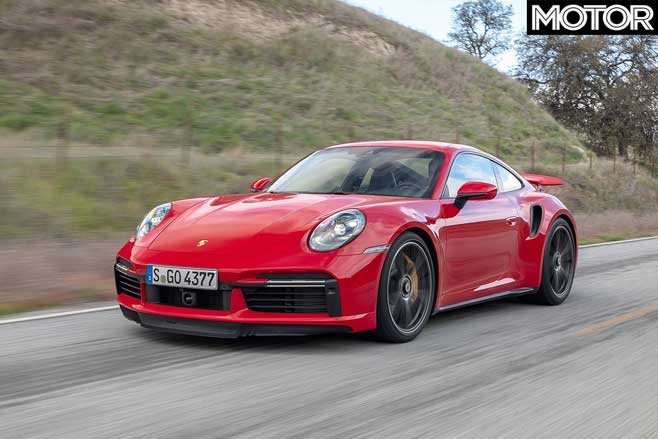 What is there not to like about this Porsche, you ask? For starters, the price has increased from $456,200 to $473,900; this test car adds a further 10 per cent to that and isn't even fitted with the lightweight pack which shaves off 30kg.

Furthermore, electrification, head-up displays and advanced driver assistance are clearly still alien terms to Frank Walliser's vocabulary and some mod-cons like the electric pop-out door handles and busy touchscreen are a debatable interpretation of progress.

But if I had to choose a car to keep me going for the rest of my life, this is it. The GT3 and GT2 RS are in different ways similarly involving, but no 911 has ever been as disarmingly multi-talented as this new Turbo S. Well done indeed, Mr Walliser.

Best of the rest with MOTOR 5 Star Cars 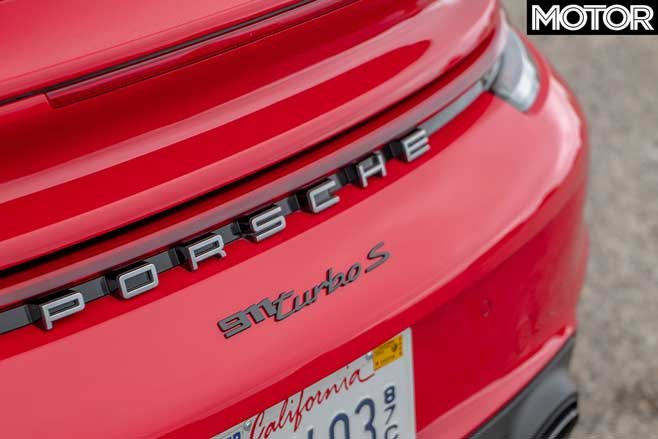 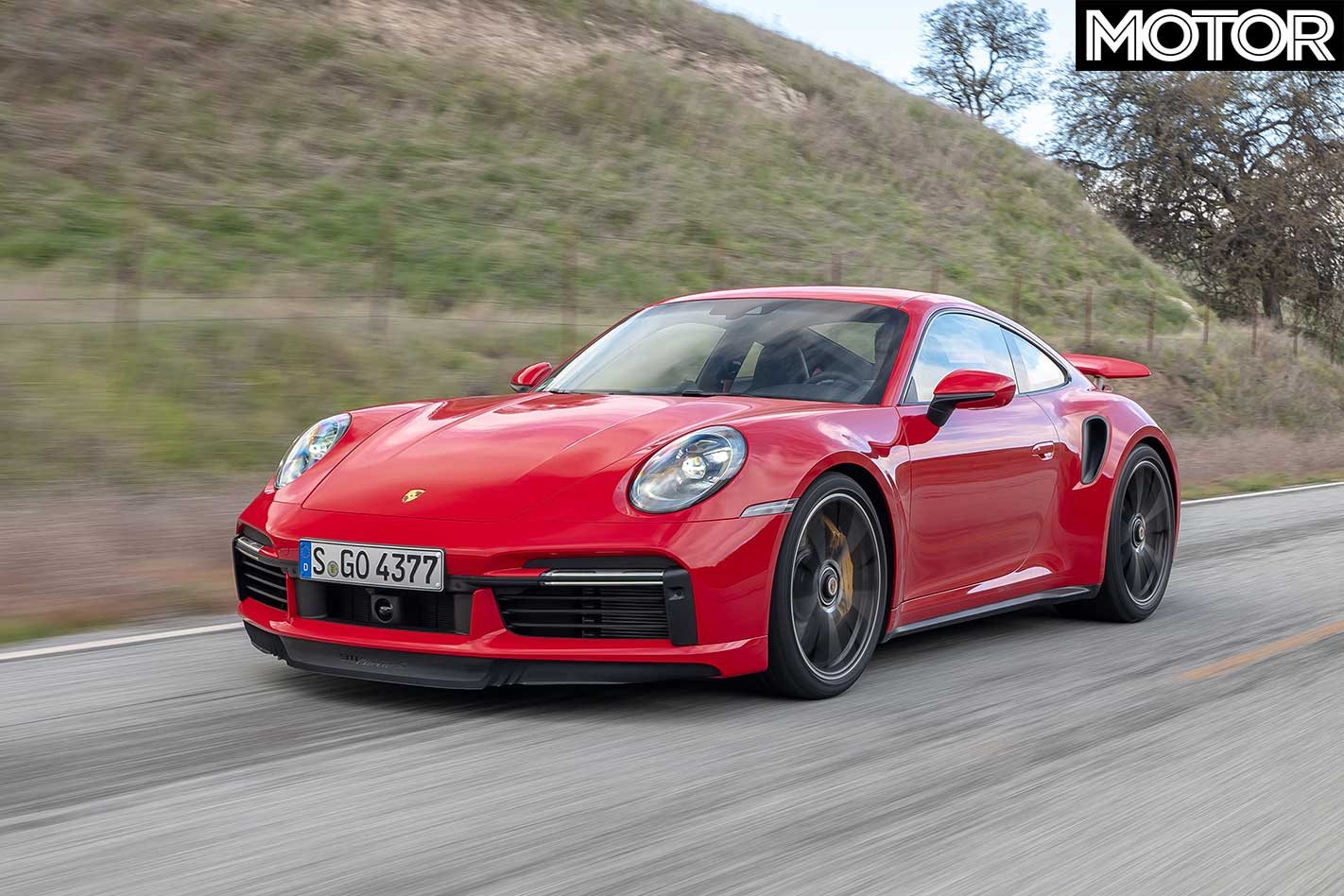 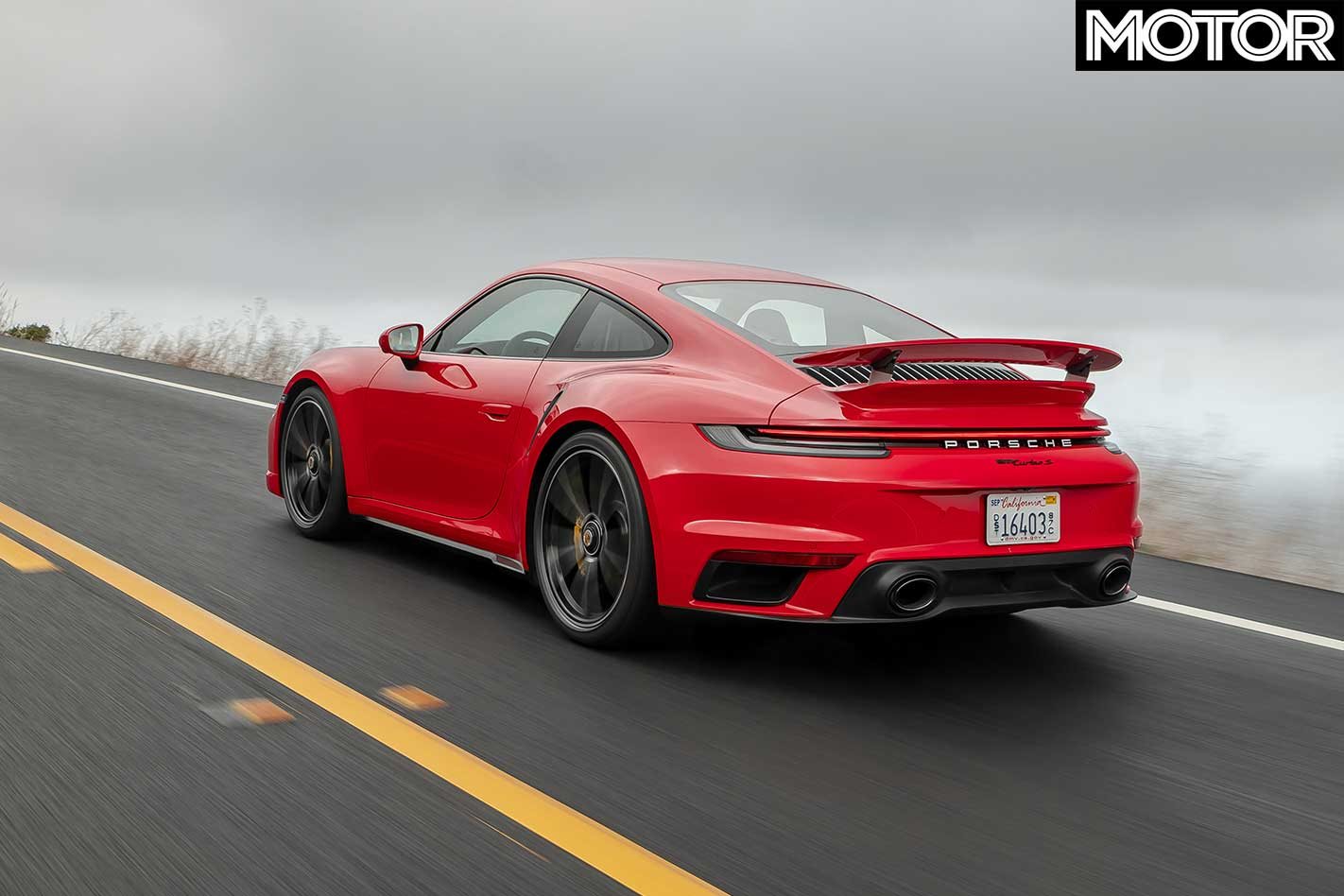 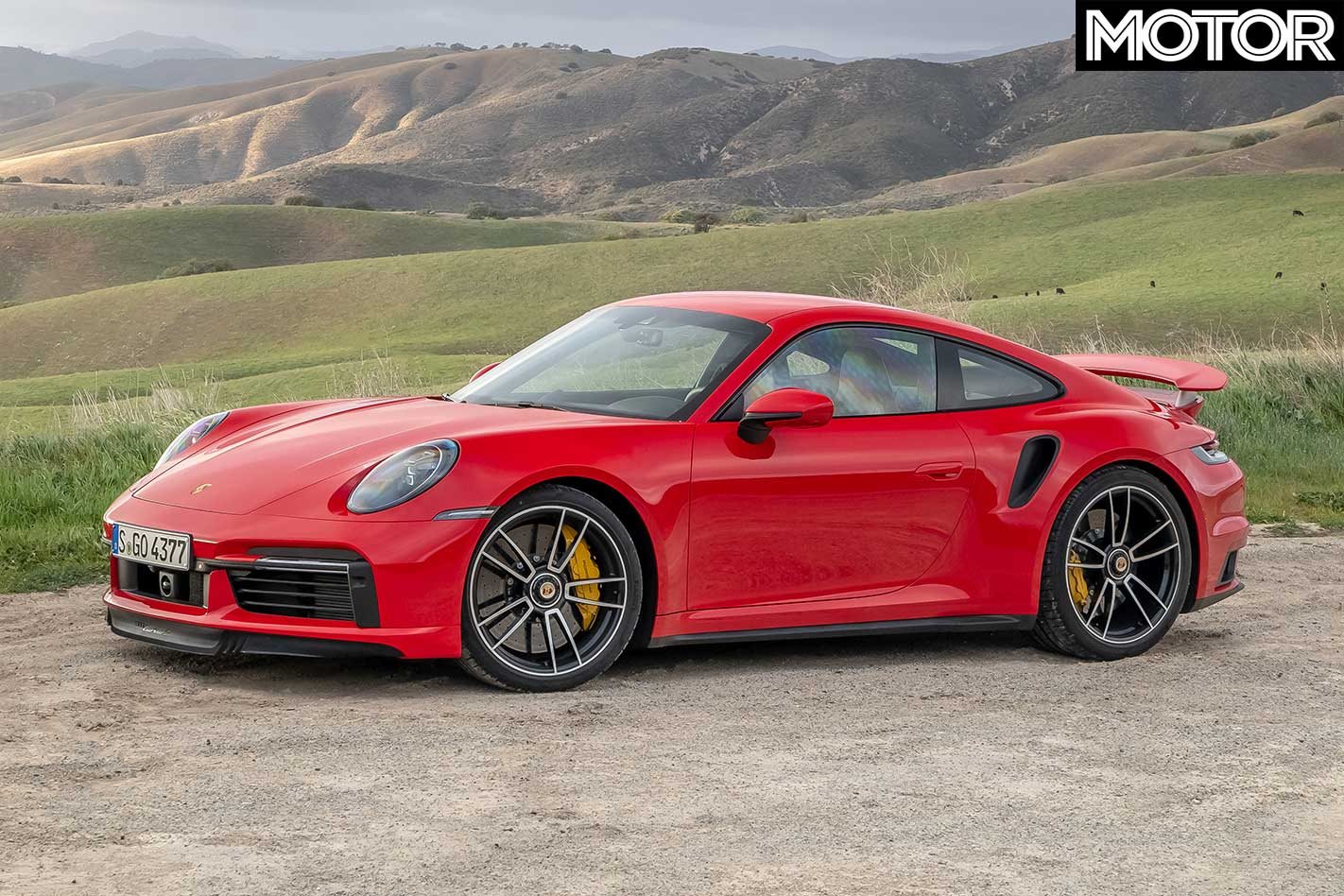 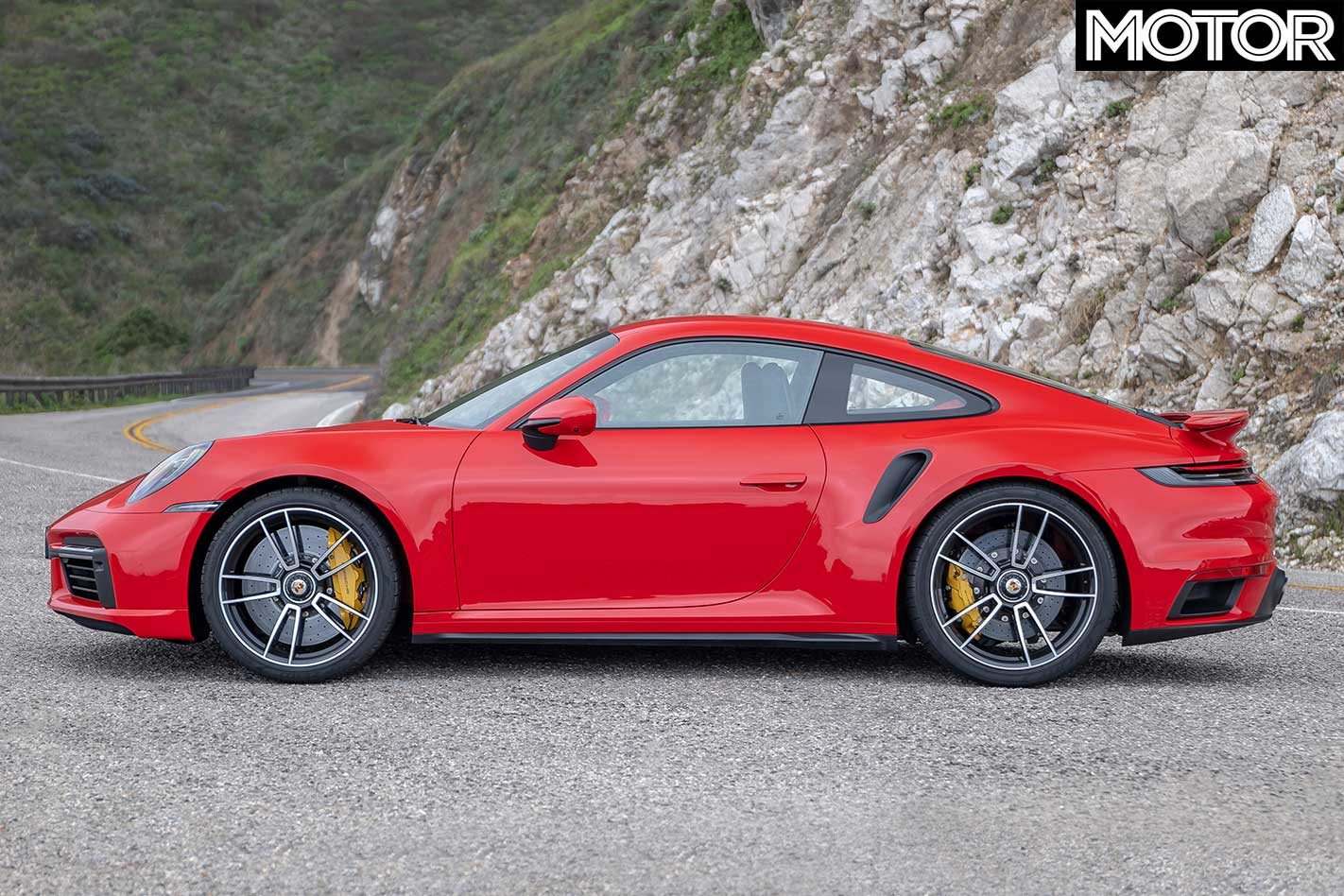 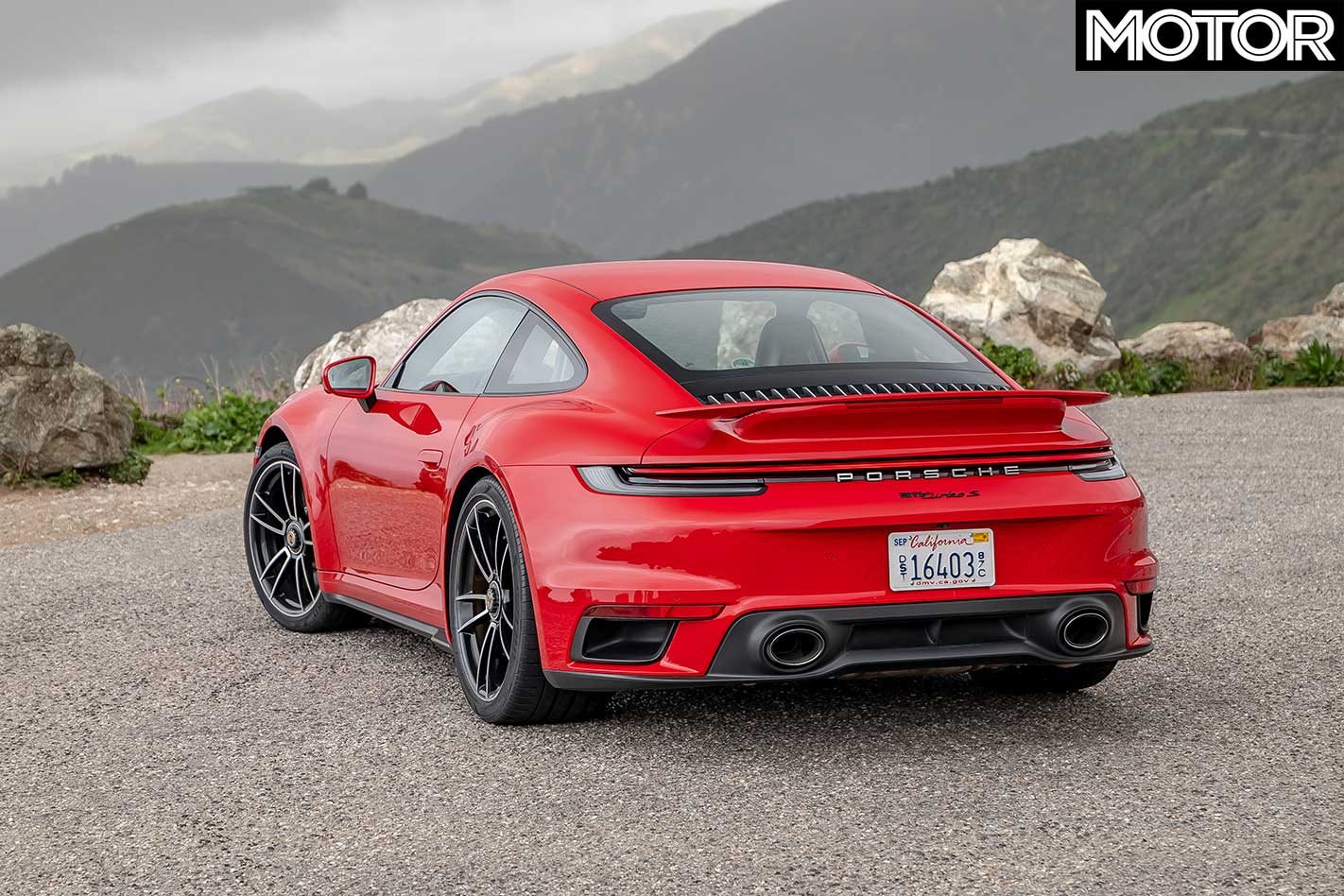 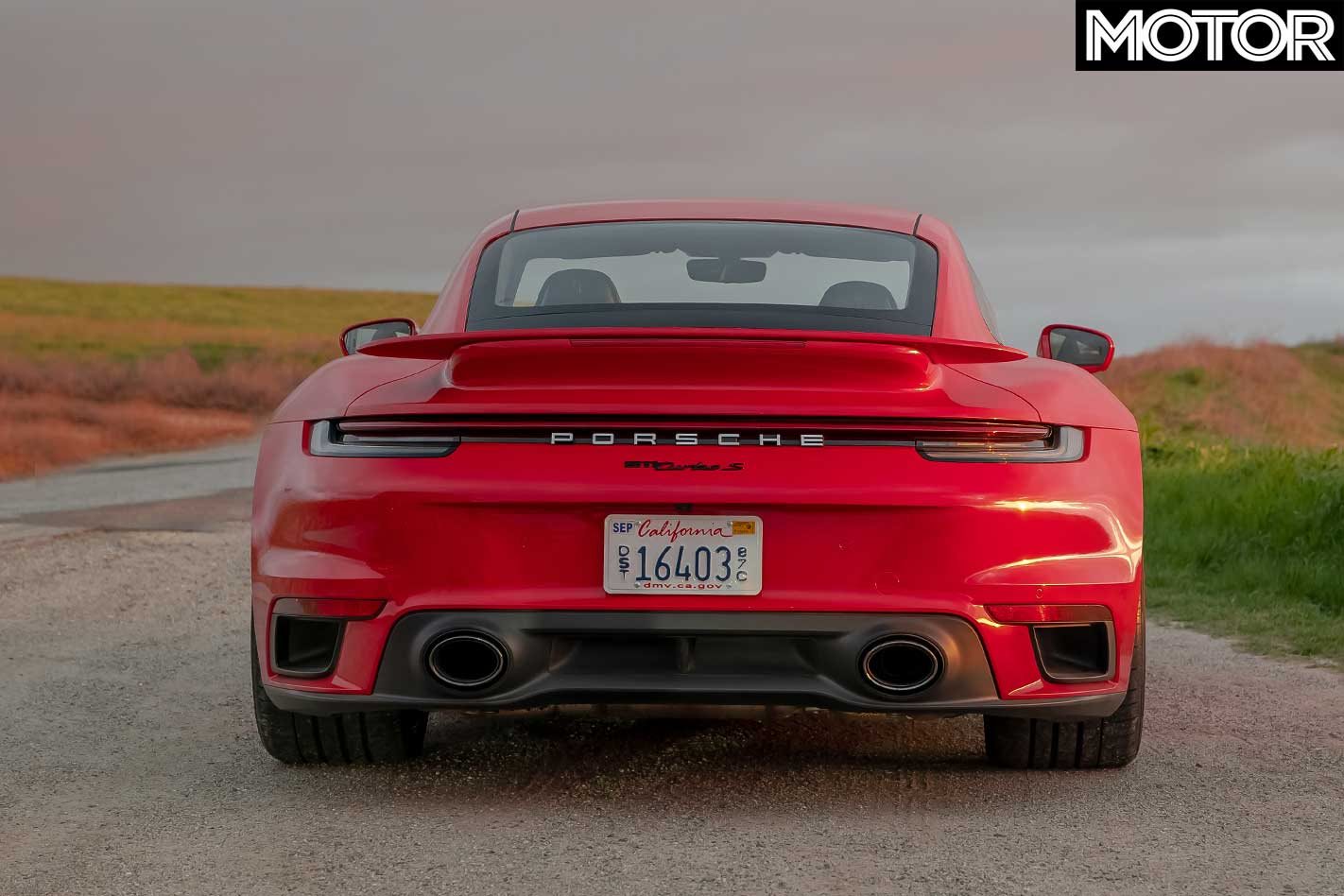 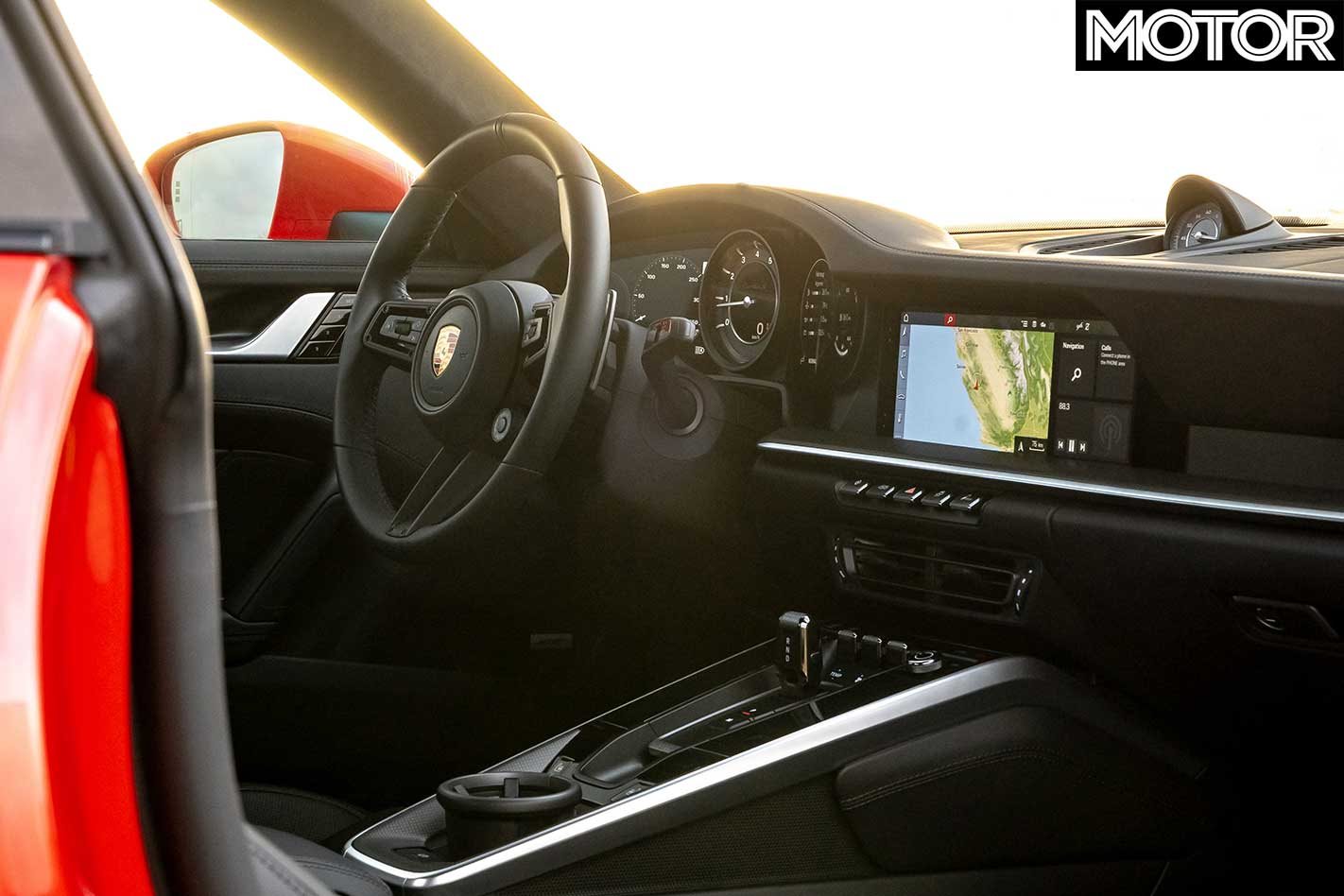 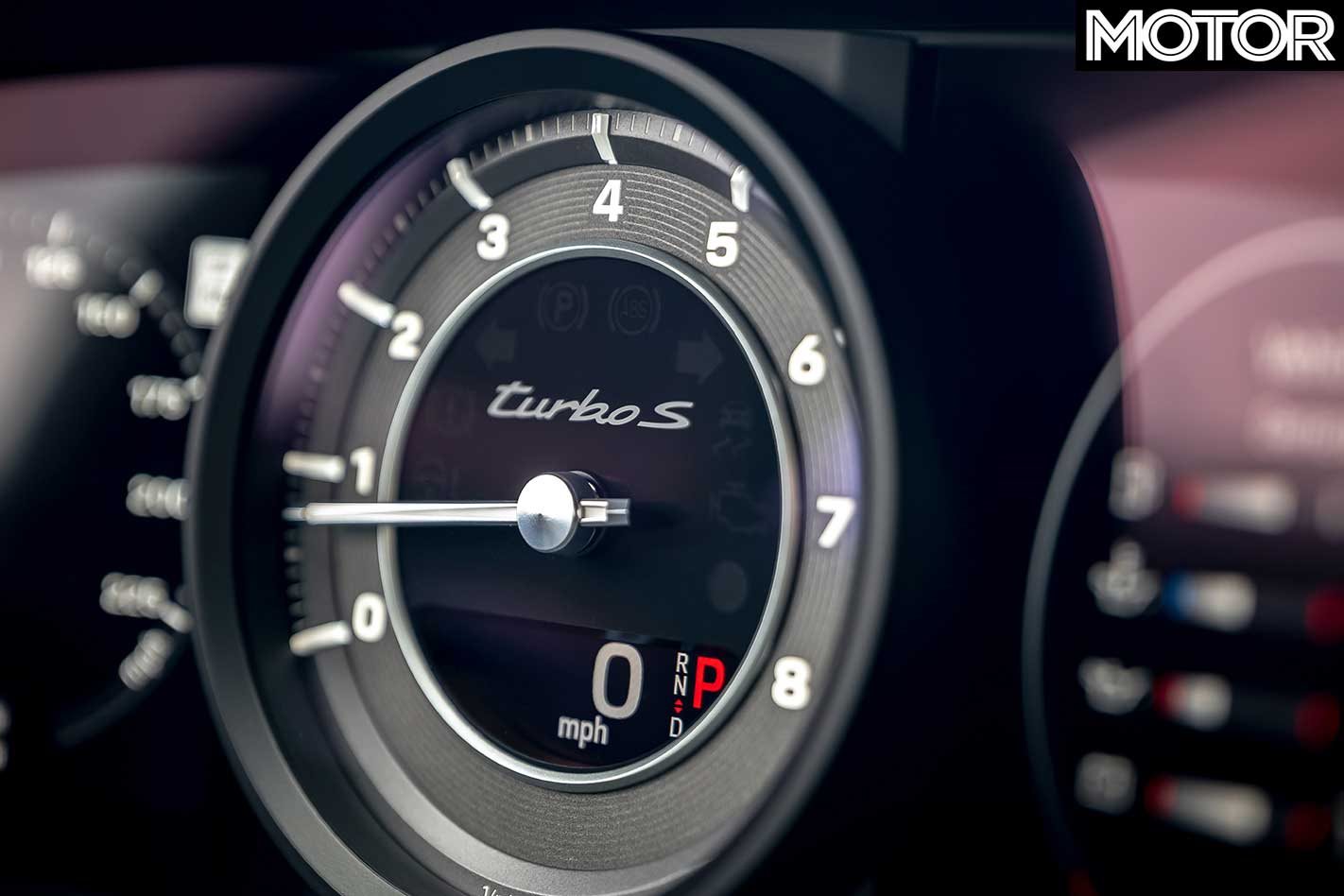 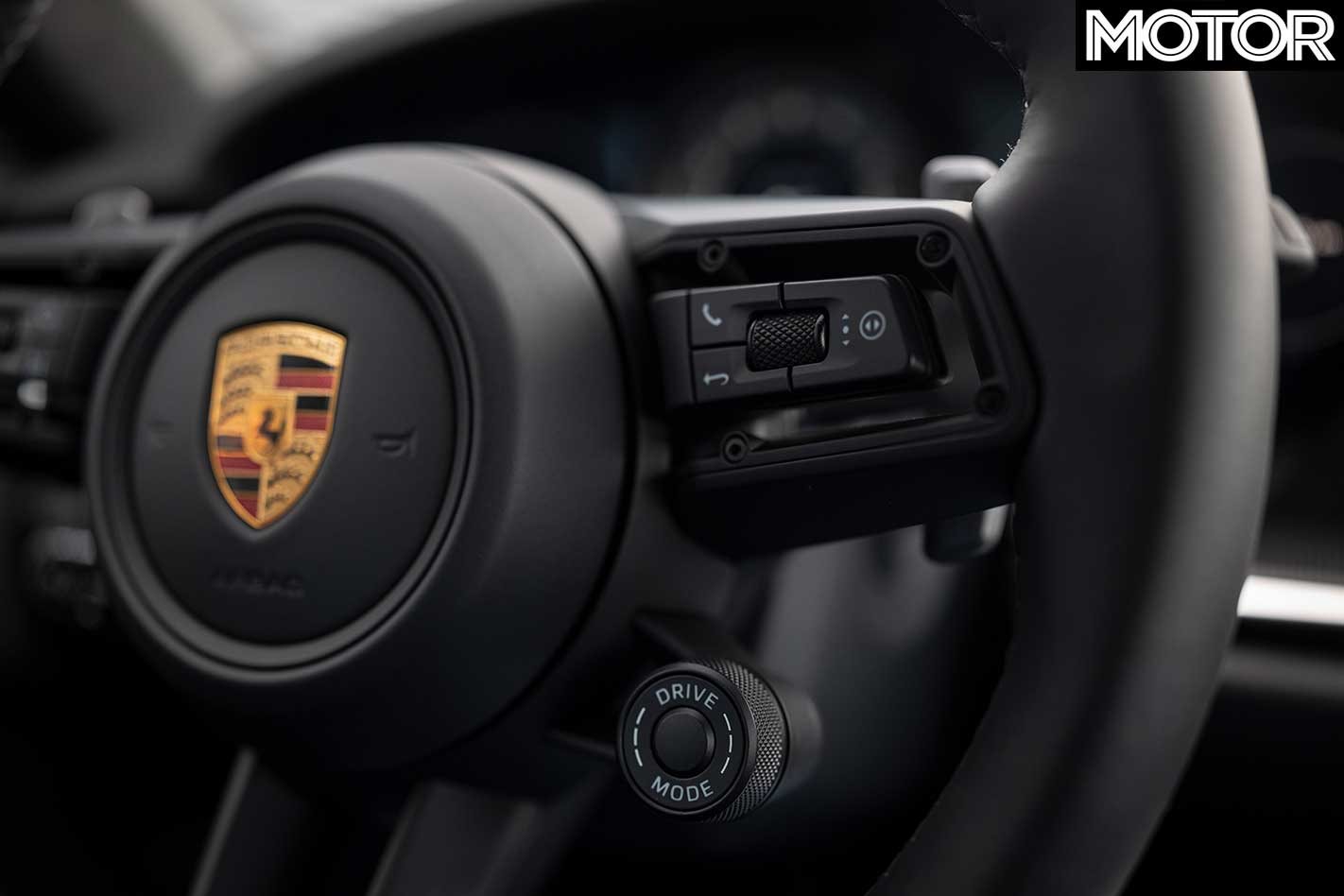 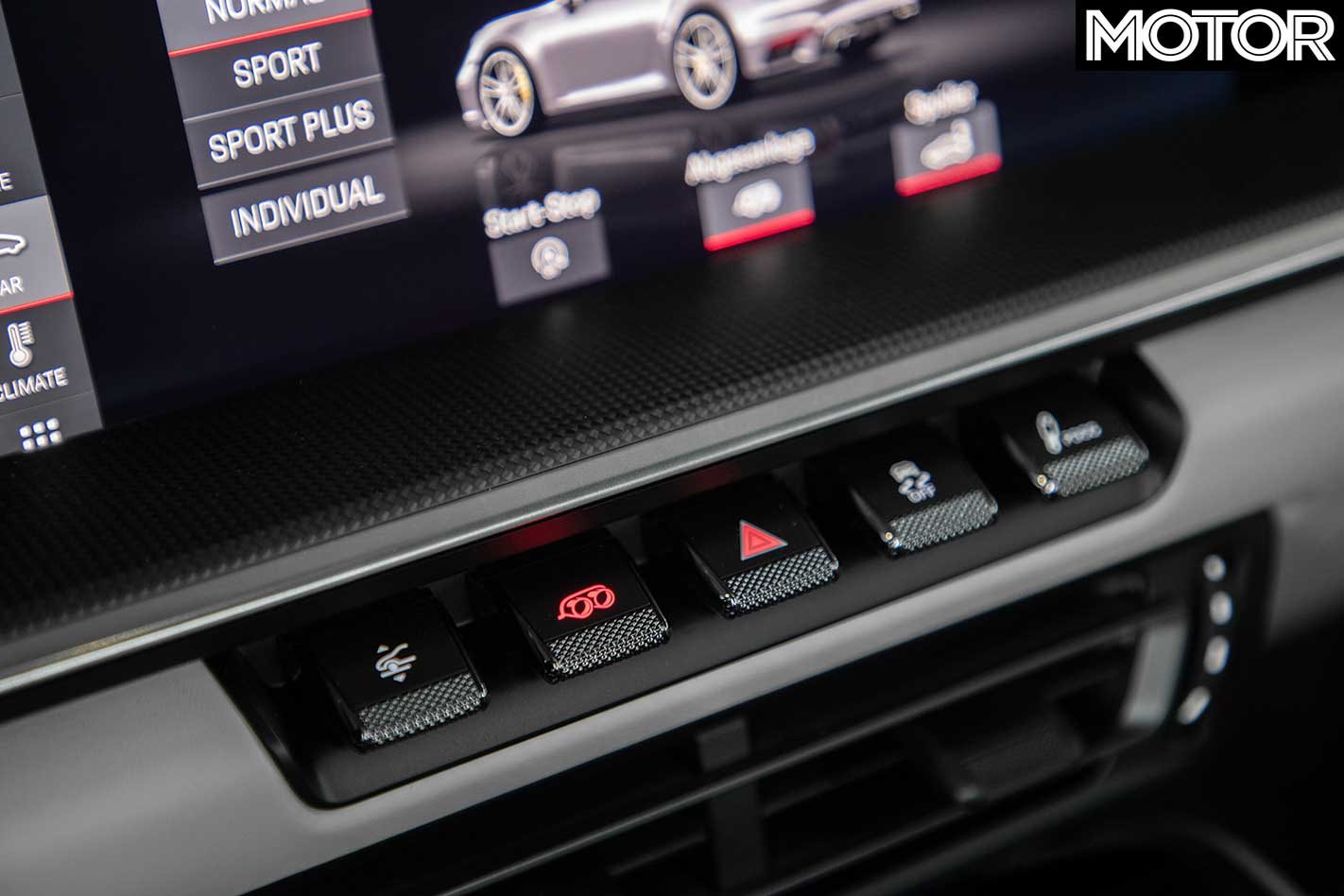 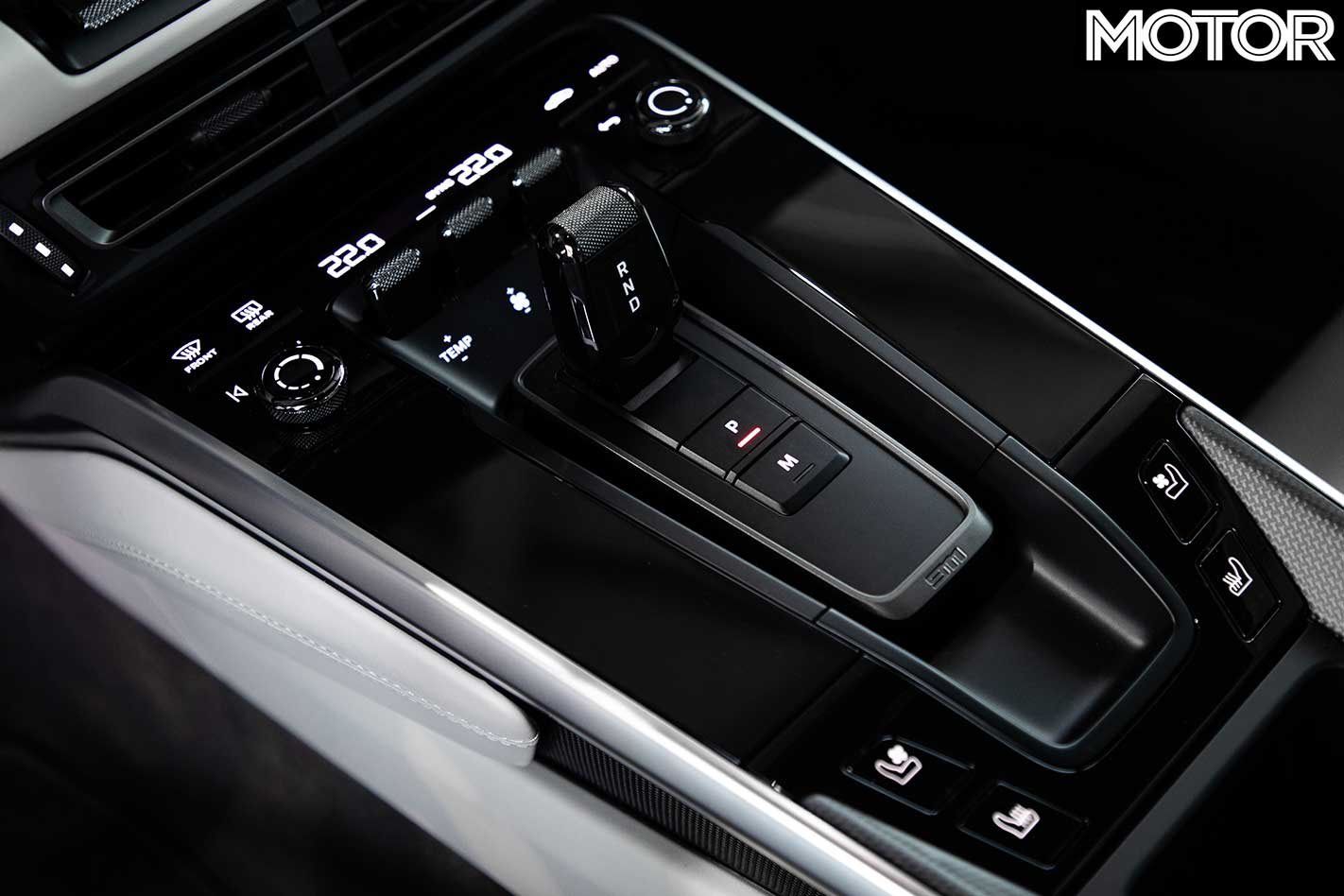 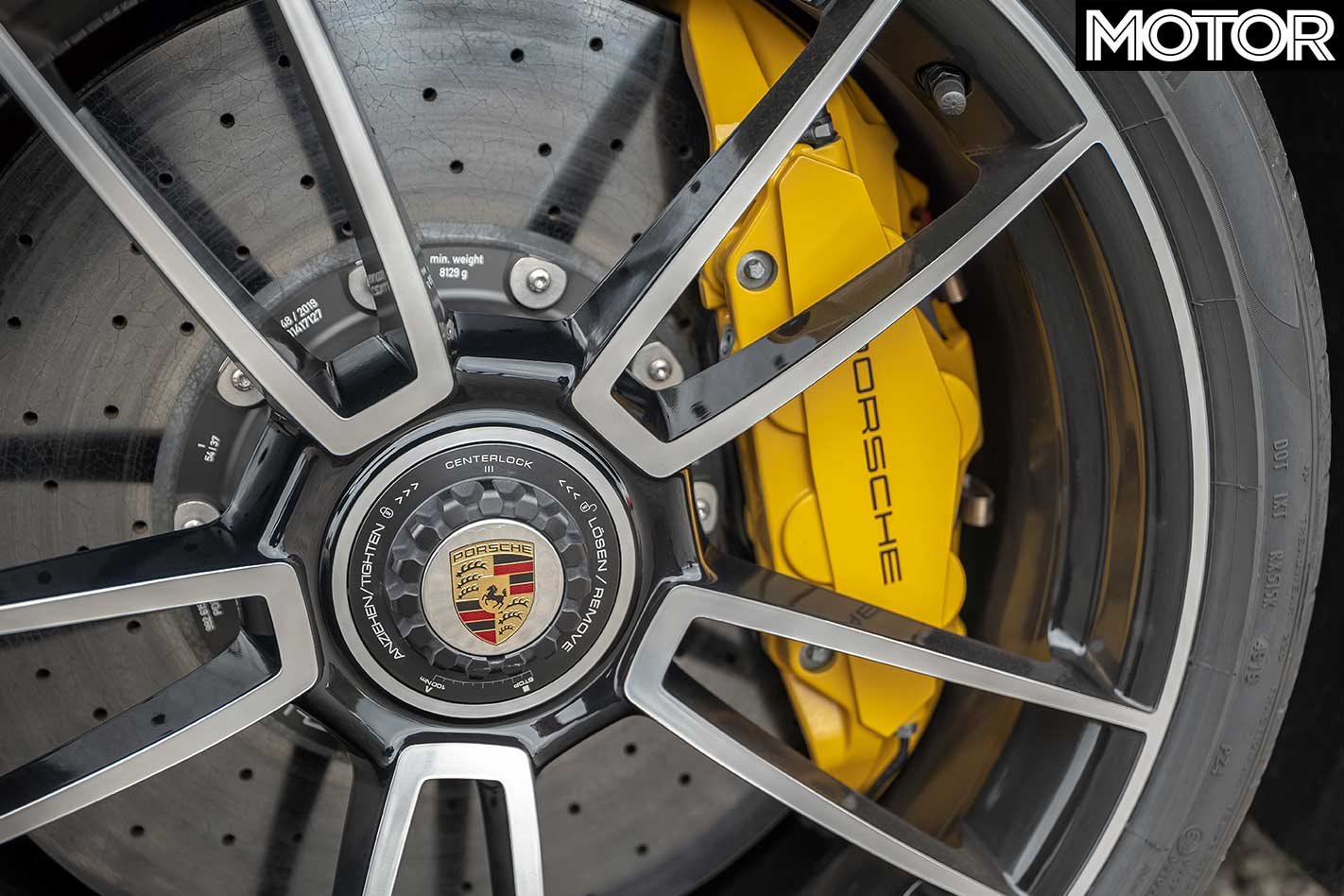 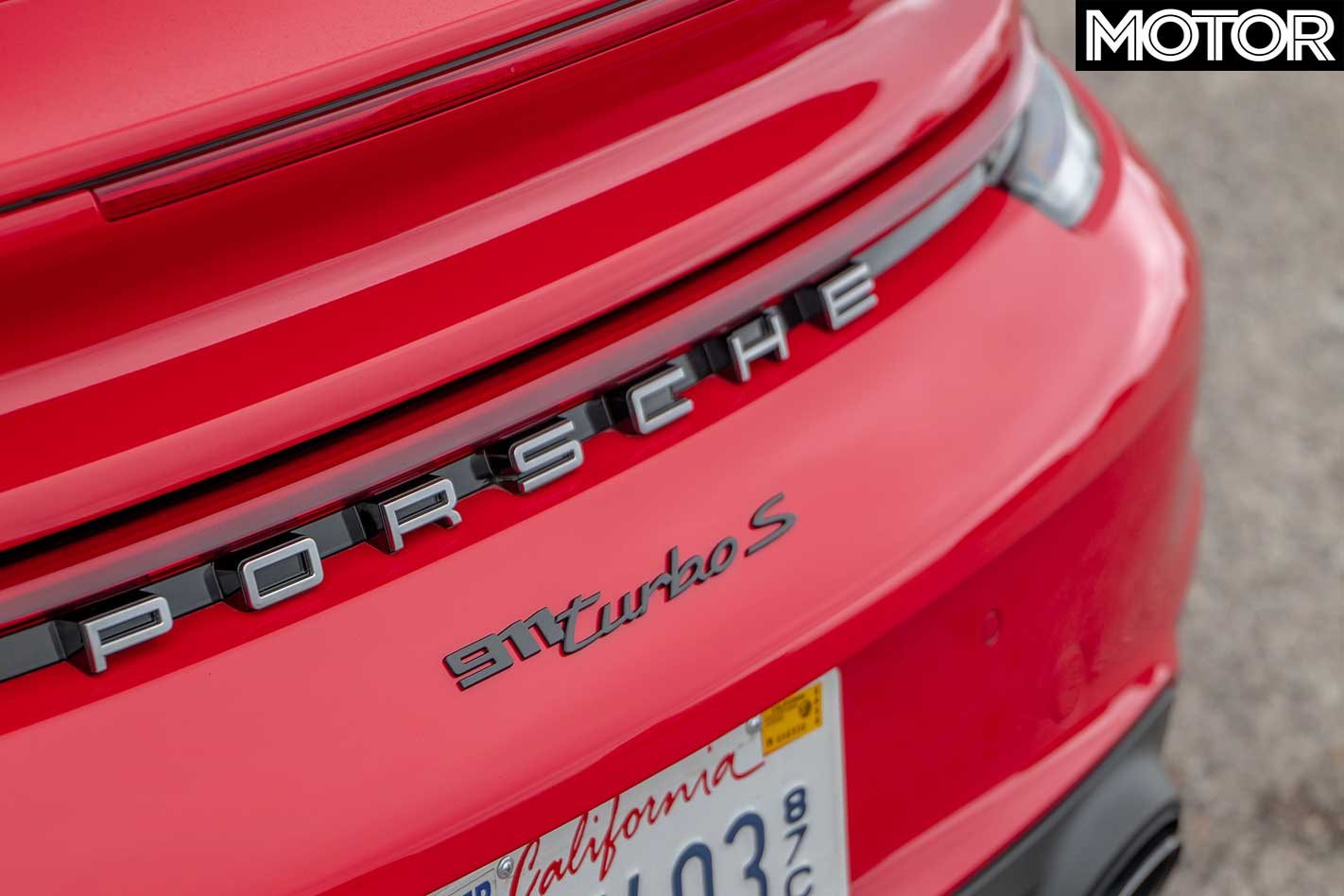