AT THE END of each year we here at 4X4 Australia gather the best new 4x4 vehicles from the past 12 months and take them out on a trip to determine our 4x4 Of The Year (4x4OTY). It’s always an interesting process and turns up some interesting results. The aim is not to find the best vehicle on the market, but the best new or improved 4x4 that was released in the past year.

Back in 2017 the vehicle that stood out the most was the then-new Land Rover Discovery, specifically the Sd4. Unofficially dubbed the Discovery 5, as it’s the fifth generation of the 30-year-old model, the new Disco was considered by many to be a softer version than the previous ones. 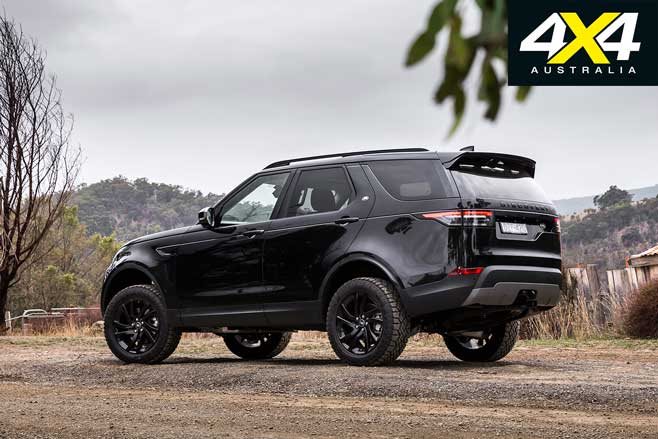 The 2017 Discovery rode on a new aluminium monocoque chassis with full independent, height-adjustable suspension, and even the design of the body was more swoopy and organic compared to the functional and boxy bodies on the Discovery 3 and 4.

The Discovery has always had a premium feel, with large, usable interiors and grand visibility from its large glasshouses, but it has also had excellent off-road ability thanks to long-travel suspension design inherited from the upper-class Range Rover elders.

Something we like to do with our 4x4OTY winners is spend more time with them to see if they live up to the title, and the Discovery was no exception; it just took a little bit longer to get into one. We asked Land Rover Australia mid-2018 if we could get a long-term tester and they said sure, but they were just ordering the 2019 stock and we’d need to order one from that allocation. 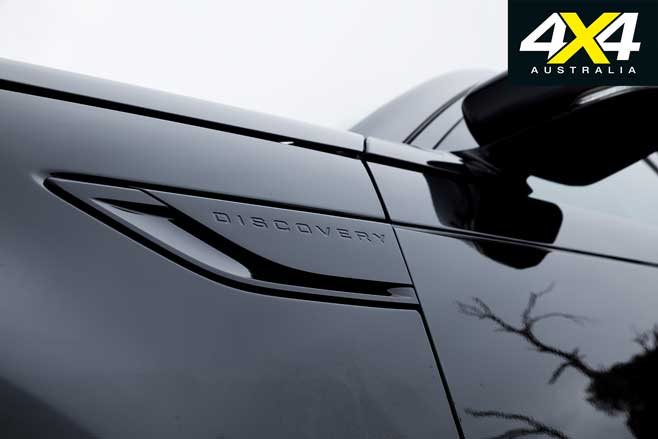 This gave us the chance to tailor the vehicle using the online Land Rover model configurator. We were able to choose everything we wanted in a Disco, from the options to the exterior hue and interior trim colours. We wanted to stick to the SE specification as that is what we gave the award to, so that limited some of the options we were keen on.

An essential option for us was the off-road package, which included height-adjustable suspension, Terrain Response 2 and the auto-locking rear differential. The rest of our choices related to style, comfort and convenience.

An interesting one for us was the wheel choice. We’d usually always choose the smallest wheel diameter possible, but the smallest on the Discovery is a 19-inch alloy. Tyre choices for 19s are very limited, so we selected the optional 20-inch black alloys as there are more off-road-suitable tyre options for 20s. All up our all-black Discovery retailed for $103,840 (+ORC), which is a fair hike from the $87,450 sticker price on a Discovery Sd4 SE. 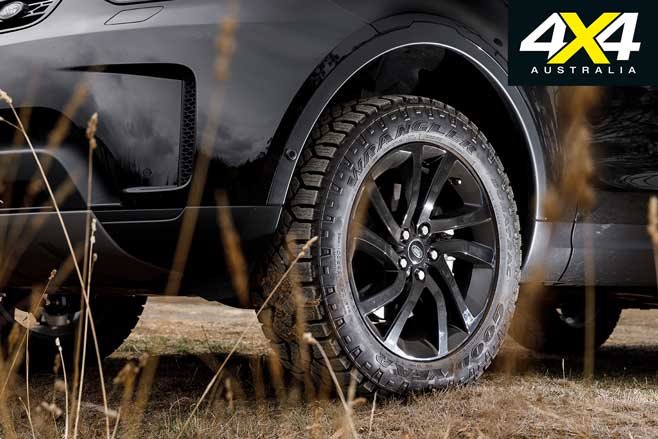 Another interesting point when ordering this vehicle was that the Sd4’s 500Nm (as tested back in 2017) had been cut to 430Nm for the 2019 models, to meet global emissions targets. The 2.0-litre, bi-turbo diesel engine was essentially the same as the 500Nm version, but the tune was altered to meet the new targets. It was going to be interesting to see of we felt any deficit.

We didn’t get our Disco until the week before Christmas 2018 and we wasted no time putting it to work, running it in over a 4000km round trip to Queensland for the family holidays. If they cut 70Nm from the Sd4 engine’s torque we certainly didn’t feel it out on the open road, as the little diesel amazed us with its performance.

Touring along at highway speeds, overtaking road trains and cutting along gravel backroad detours, the Discovery never felt wanting for power. Some of those long overtakes took a bit longer than you might hope, but this is still a large 4x4 wagon and not a sports car. 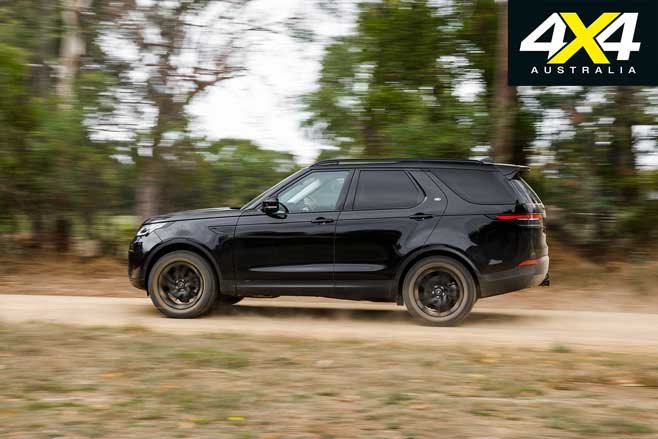 What was more amazing was fuel usage, with the holiday run sipping just 6.9L/100km of diesel. In fact, in our monthly updates on the Disco it rarely broke the 10L/100km mark, and that included daily commuting, highway driving and mountain adventures. The Disco’s Sd4 engine might be the worst-sounding engine we’ve ever driven, but its performance and economy make up for that. Lucky the sound system is pretty good, too.

The interior of the Discovery is better than pretty good. Be it long distance touring or the workday commute, the Disco is always comfortable and a pleasant place to be. Big and spacious, supportive heated seats and oodles of luggage space; this car ticks all the boxes.

We mentioned in our monthly reports that we were disappointed Apple CarPlay and Android Auto weren’t included, but this feature seems to be coming standard in all the newer Land Rover products now. The factory Land Rover navigation is clunky to use and could be a lot simpler, and the Mp3 player suffers similarly – small complaints in an otherwise mostly satisfactory cabin. 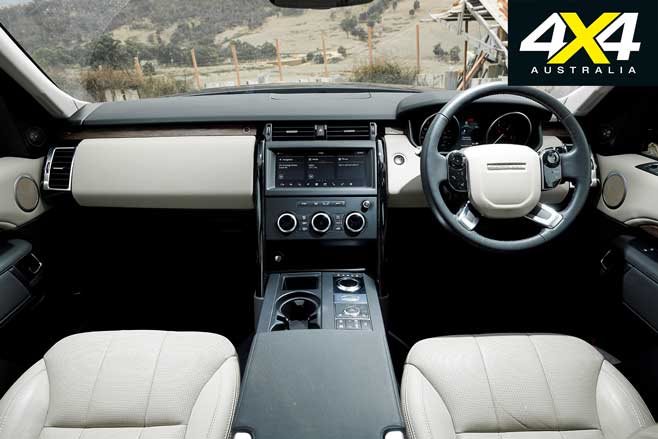 After that initial highway run we were keen to fit some tougher tyres to the car for more confident off-road use. Past experience on the high-speed-rated OE tyres has us treading carefully whenever we leave the bitumen. If we wanted to test the vehicle’s off-road ability with confidence, we needed better tyres. We went with the factory approved Goodyear Duratrac all-terrains in the OE 255/55-20 size.

There is a 275/55-20 available in this size that we would have liked to fit, but Land Rover insisted we stick to stock and, hey, it’s their car. As mentioned, there are plenty of all-terrain tyre options for this 20-inch size wheel.

With these tyres on we’ve been able to venture to the High Country and out on farm tracks without too much concern for punctures. With the suspension cranked up in height and a bit of air dropped from the tyres, the sleek Disco is nearly unstoppable. 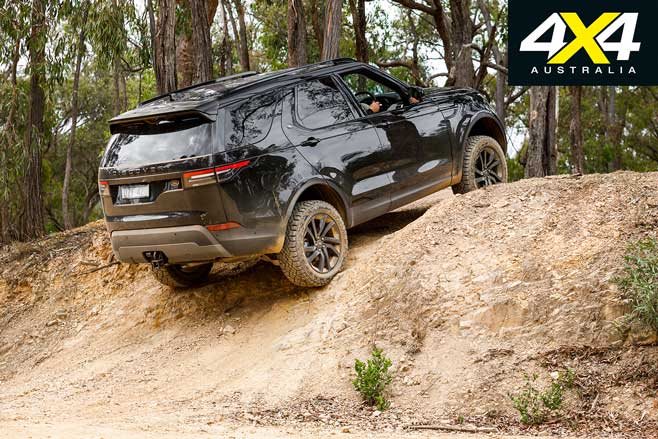 One of the features of the newer Terrain Response 2 system is its ‘Auto’ mode, which adjusts the settings on the run depending on the terrain and the amount of wheel slip detected. It works well for general off-roading, but it’s a bit slow when the going gets tougher. Using your knowledge to select the right mode for the terrain beforehand ensures faster response times from the centre and rear diffs, as well as the traction control.

With the suspension in its highest setting it does thump a bit when travelling over rough terrain, and it runs out of downward stroke travel. If you can sacrifice the ground clearance it rides better in the next setting down.

It might look softer than previous-gen Discos, but the new model still has potential as a strong off-roader. For this reason it’s disappointing it isn’t as well-supported by the aftermarket off-road accessory companies. It’s a Catch-22 situation, where the companies won’t develop the products because the vehicle isn’t bought by enthusiasts, and enthusiasts won’t buy it because you can’t get off-road kit for it.

Off-road or not, the Discovery is an exceptional grand tourer. It offers a mix of comfort, luxury, capacity, performance and fuel economy that can’t be matched by any other large 4x4 wagon with genuine off-road ability. It’s that old breadth of ability thing again. It mightn’t look as functional and rugged as it used to, and many onlookers reckon it’s downright ugly, but the Disco delivers on performance and capability. 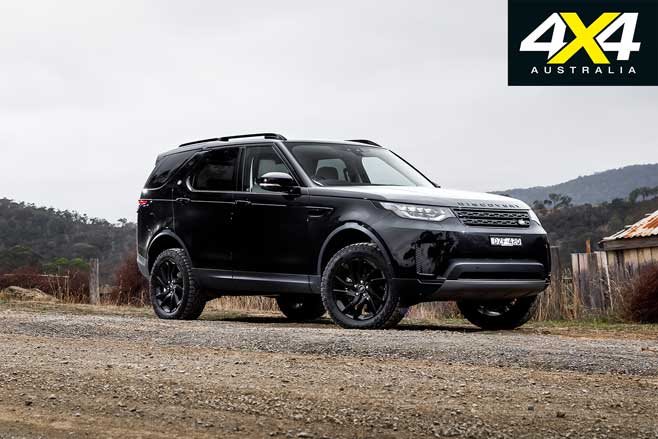 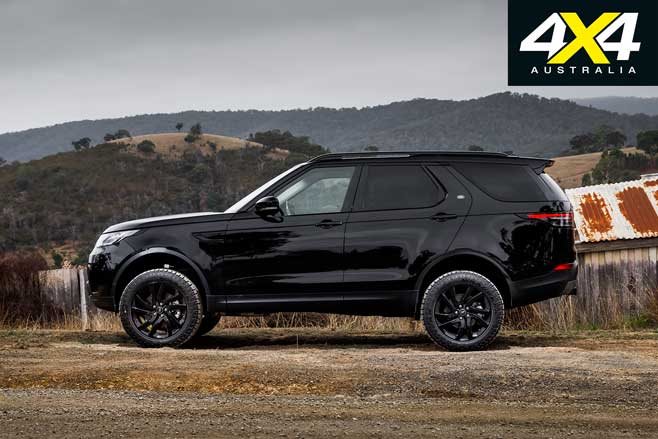 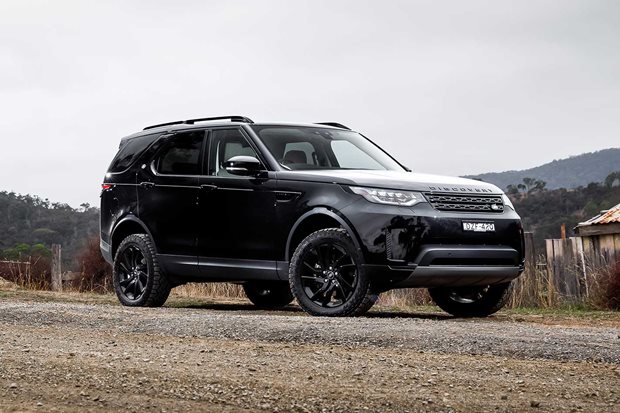 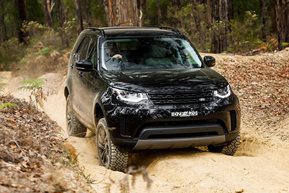 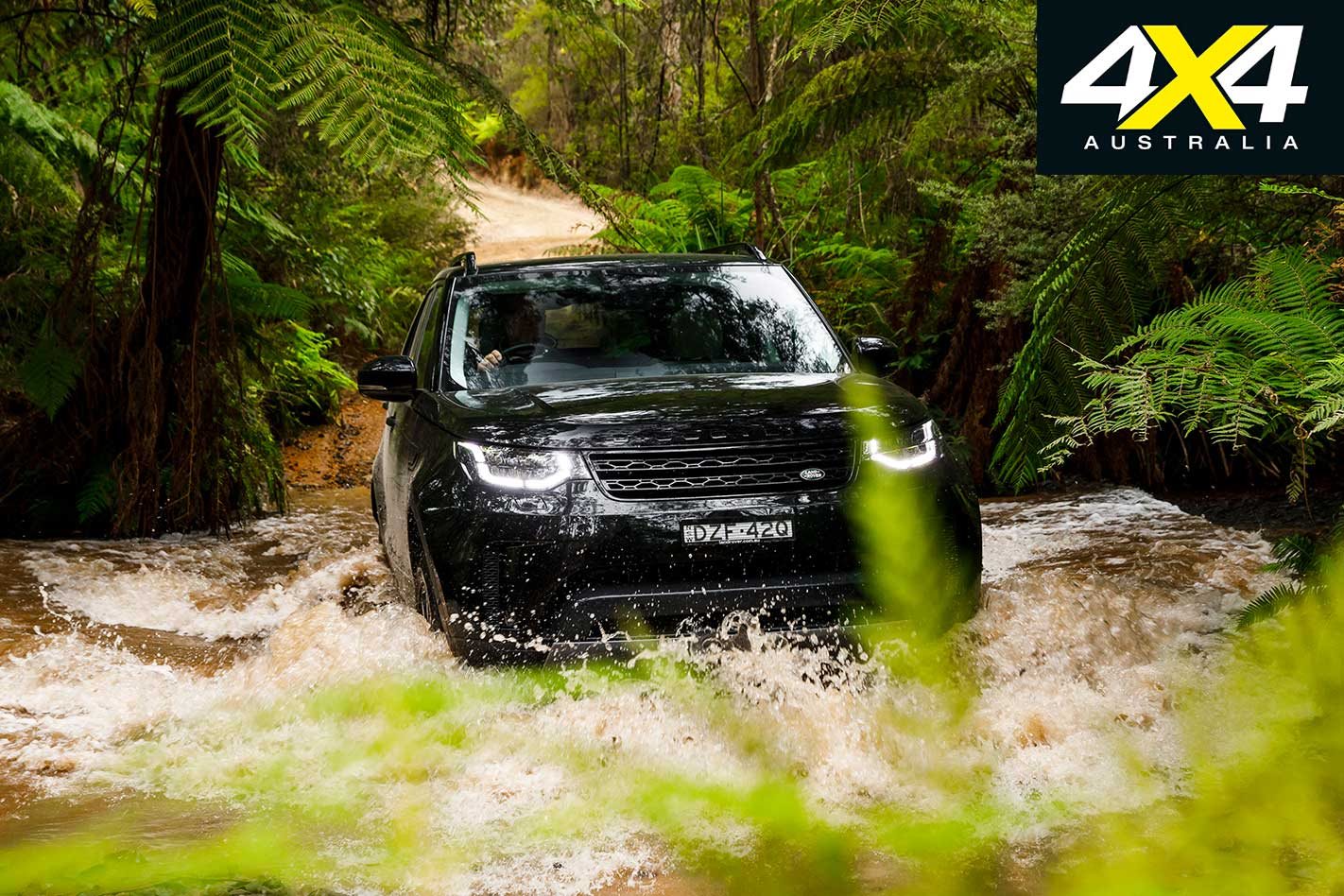 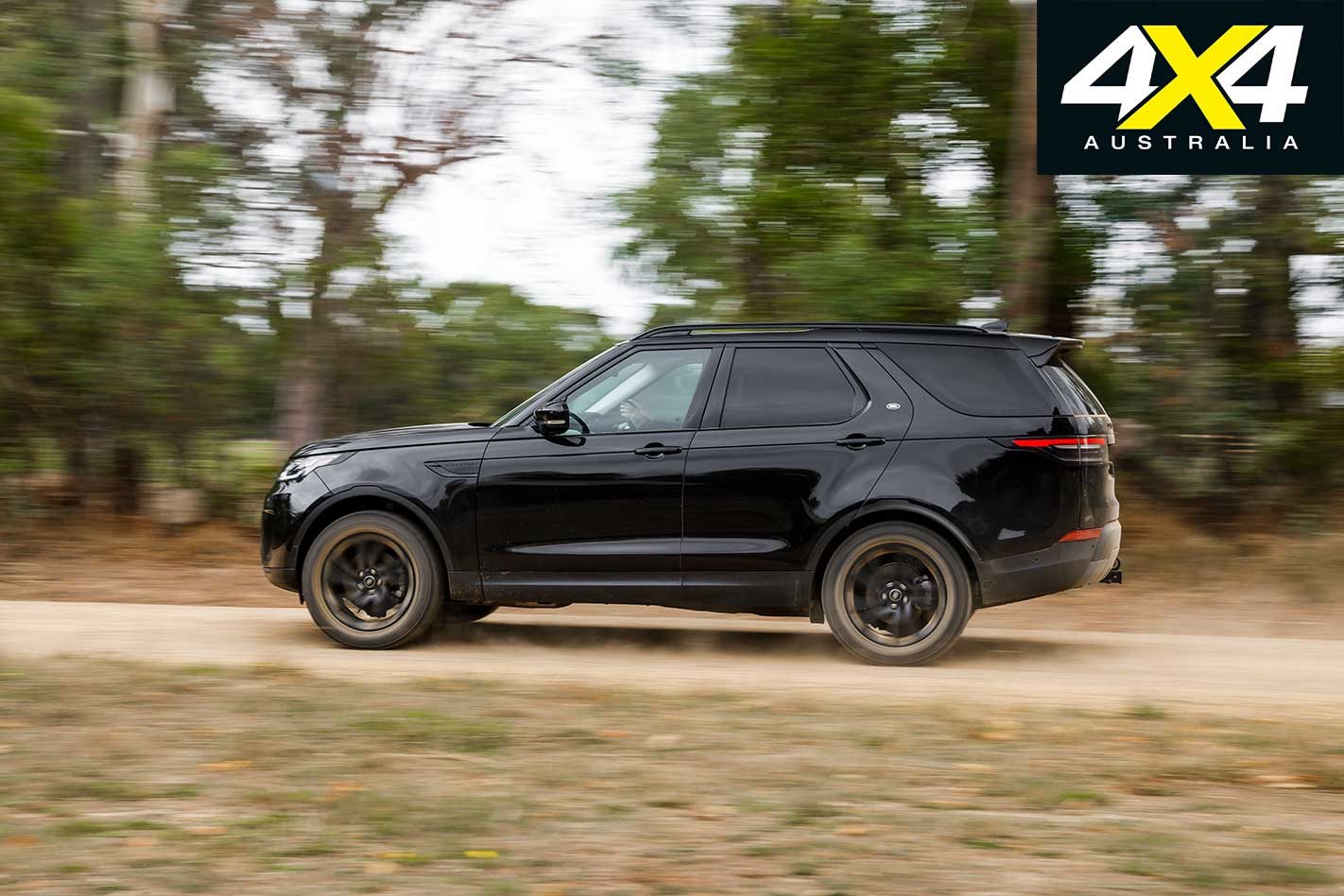 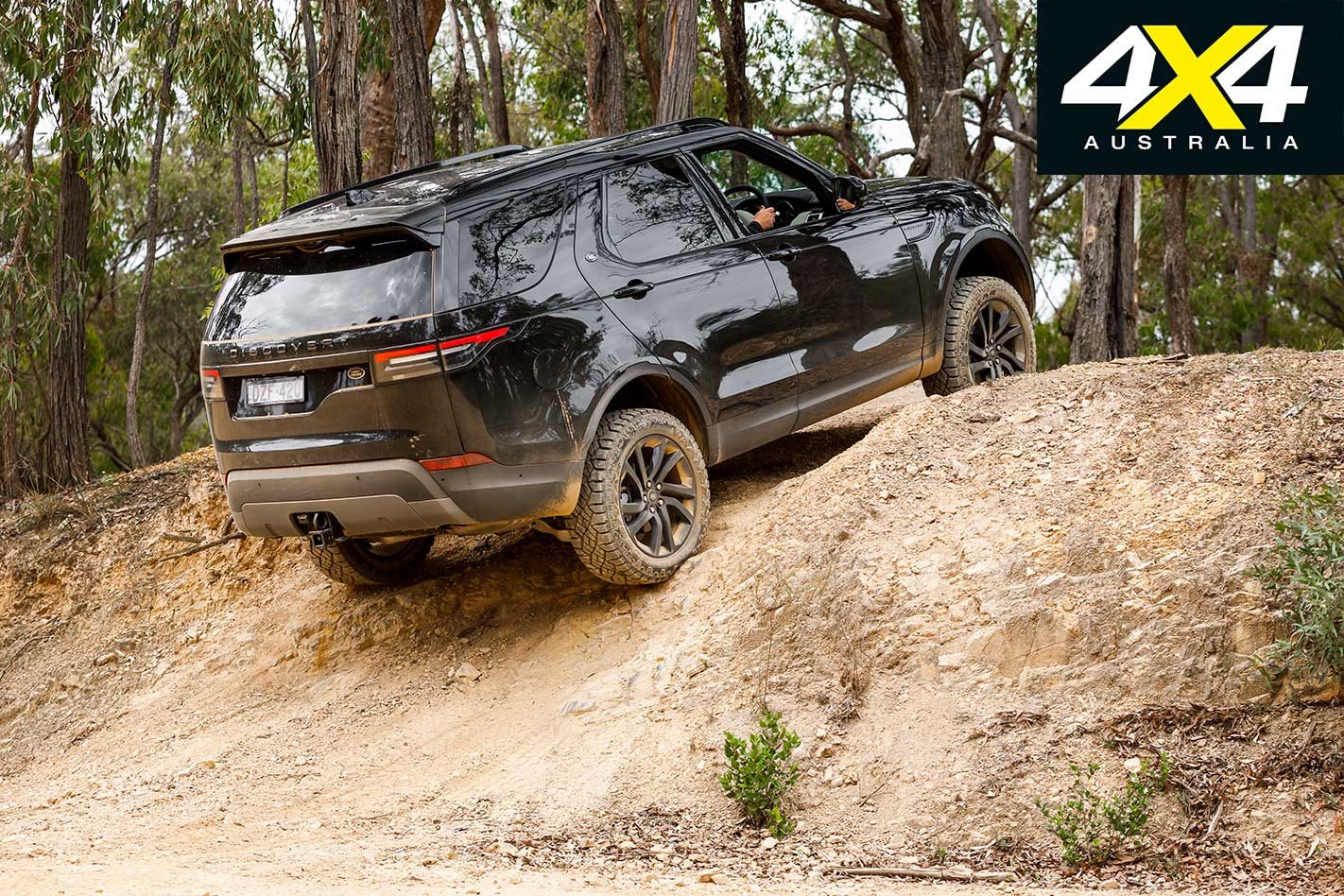 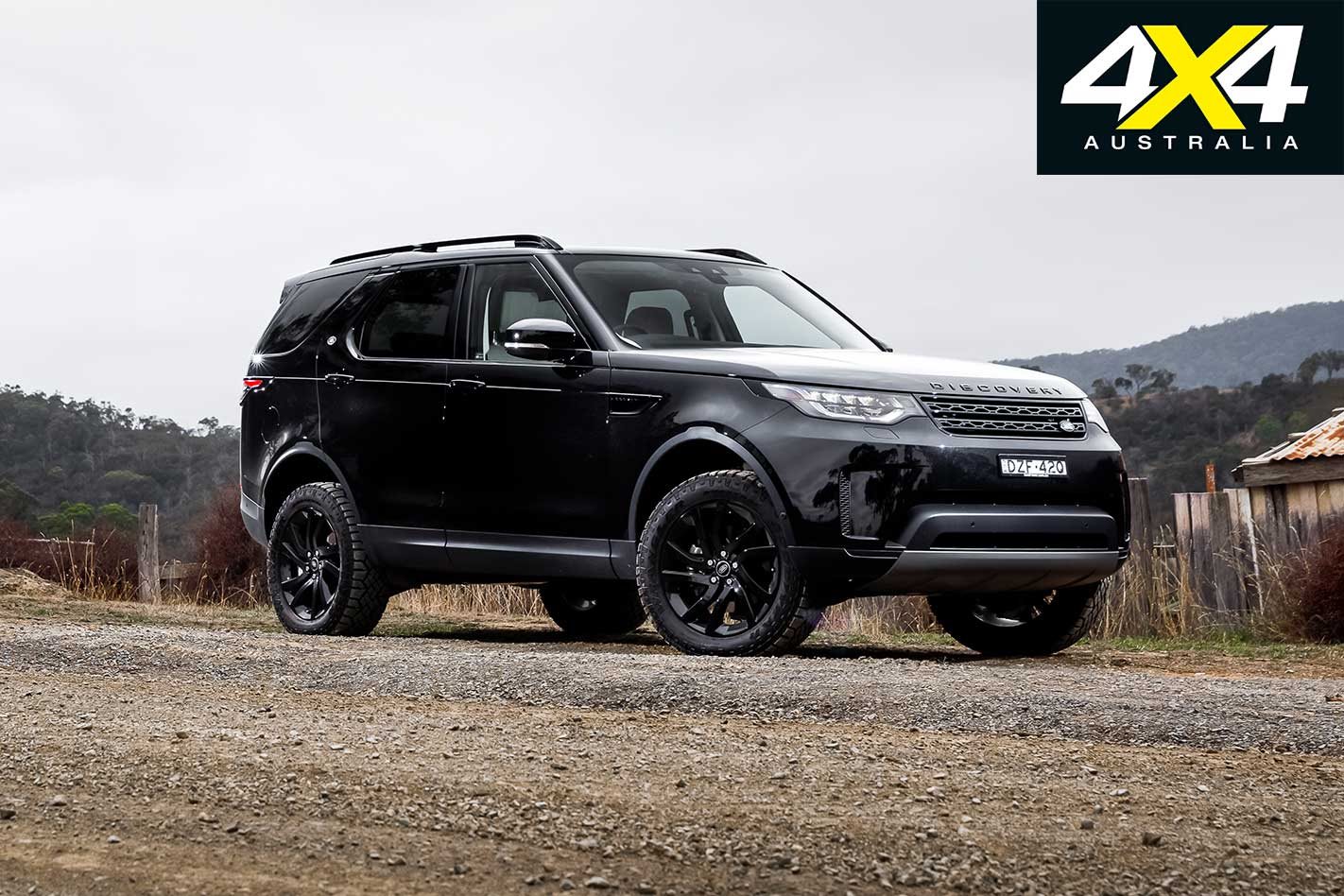 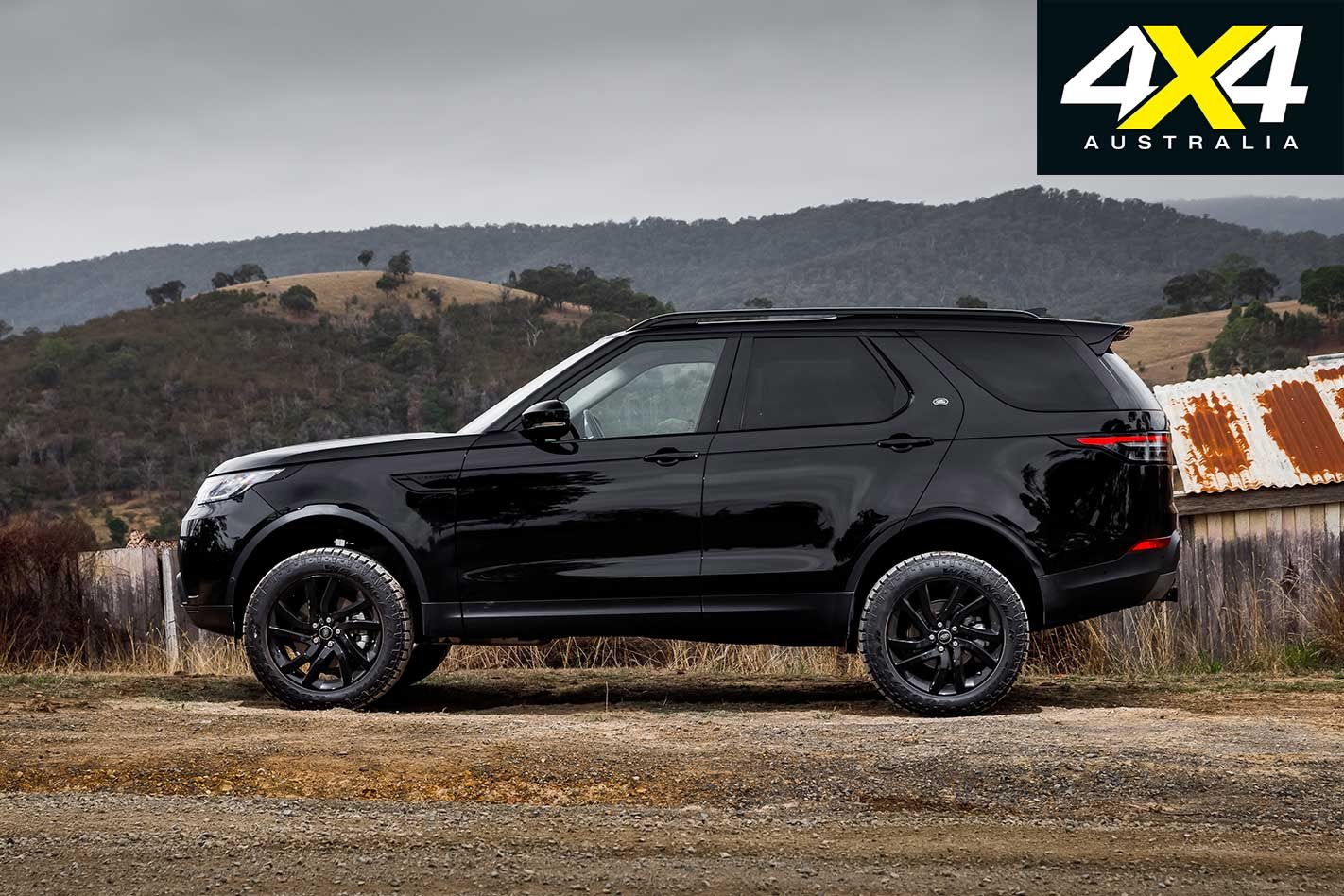 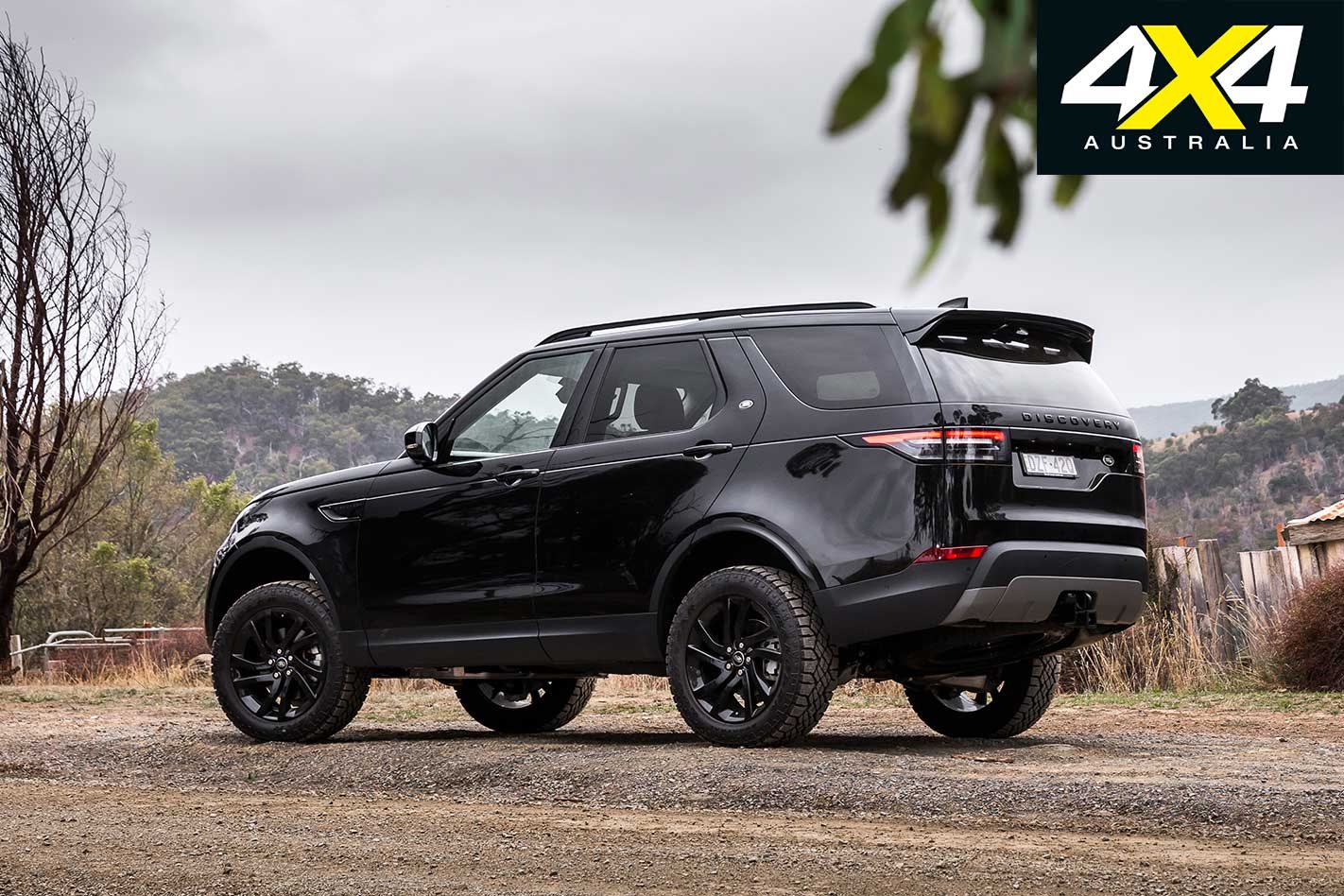 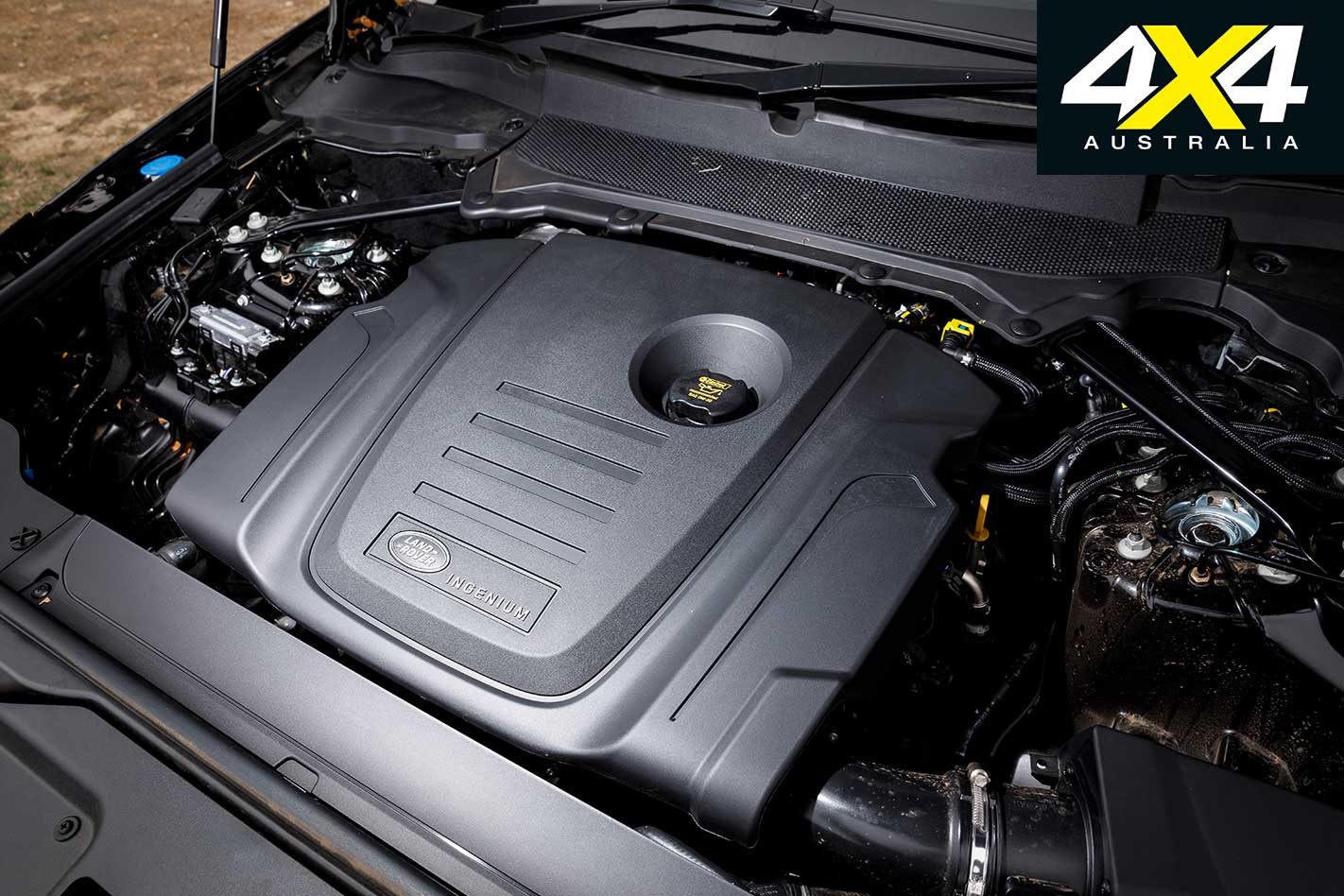 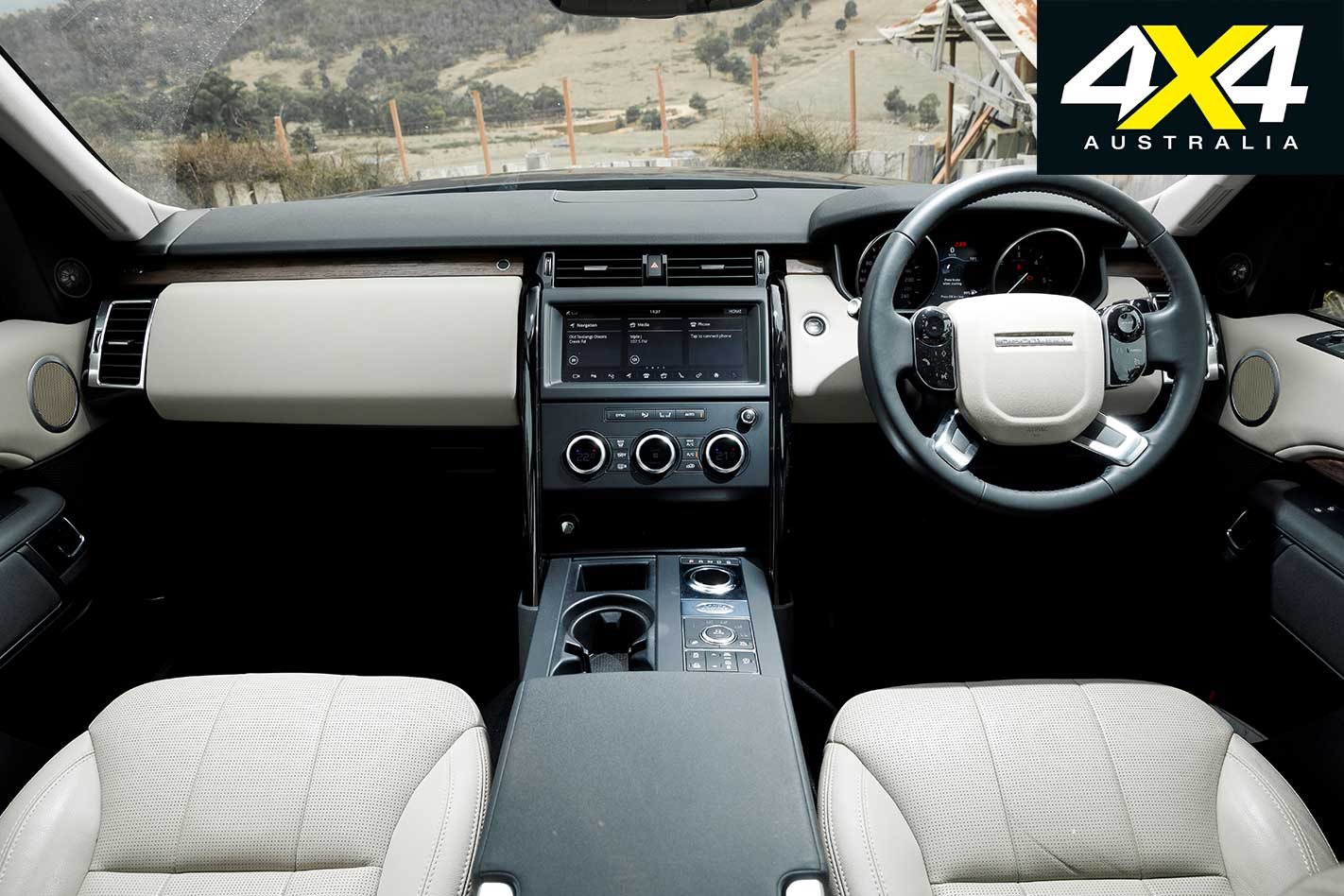 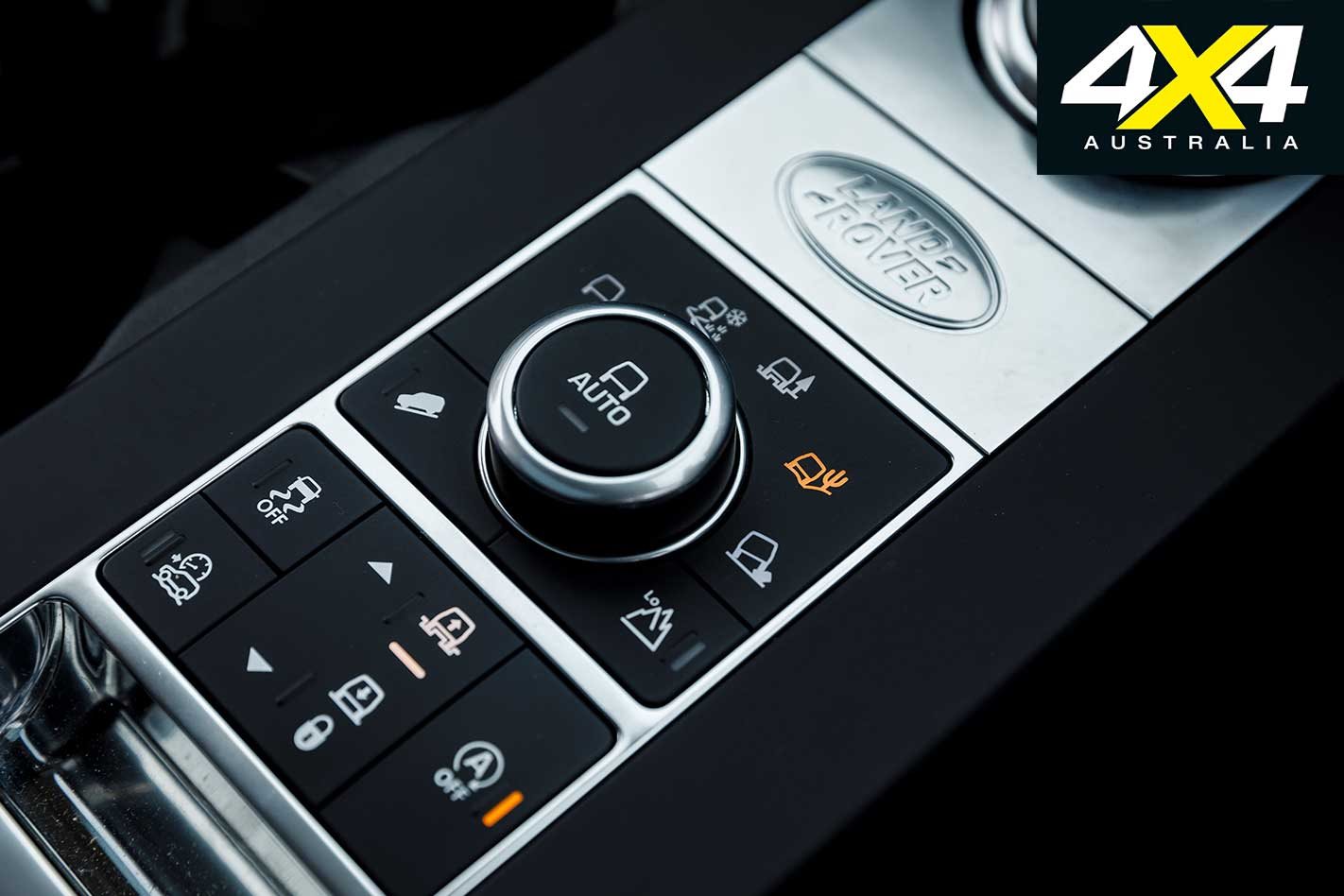 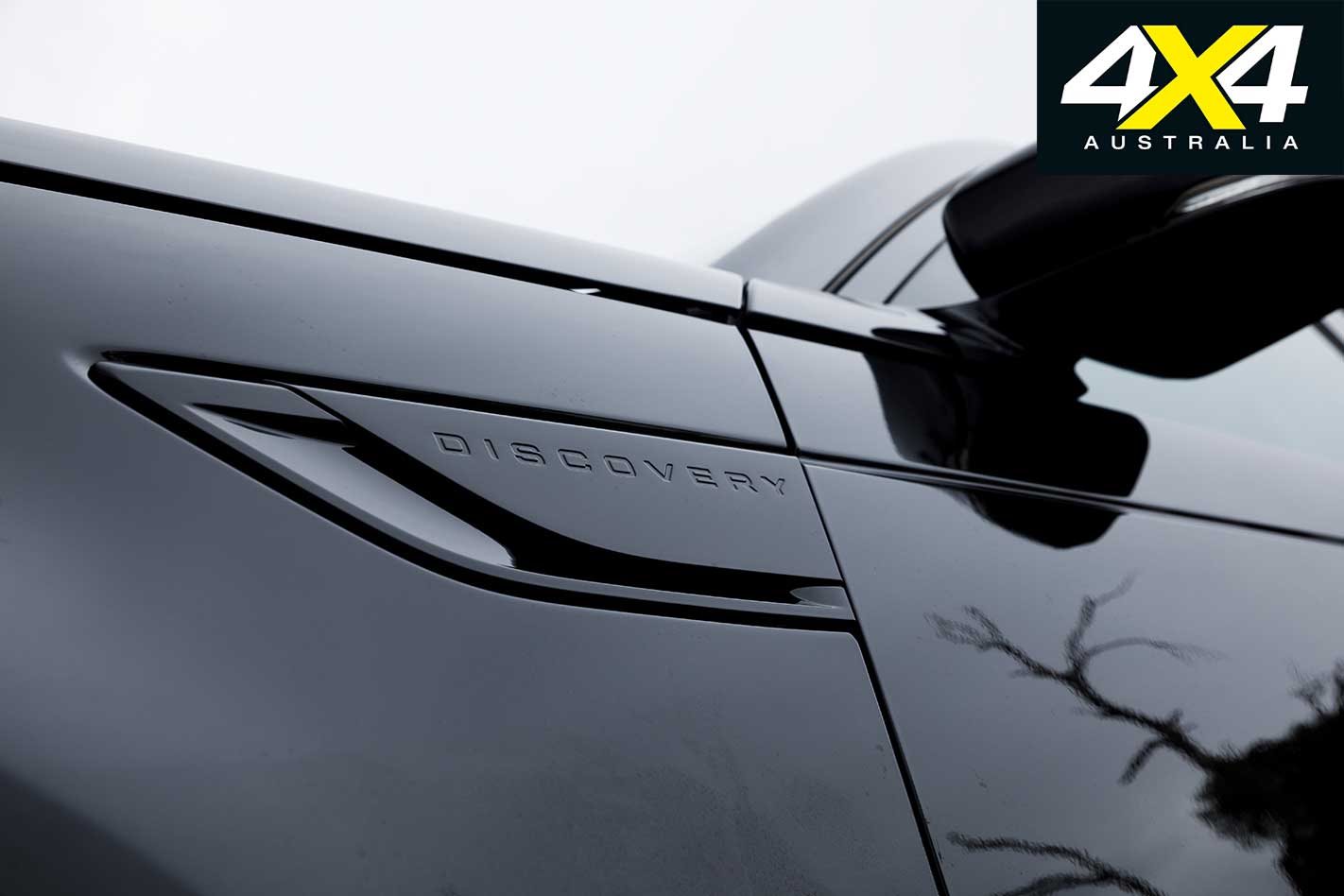 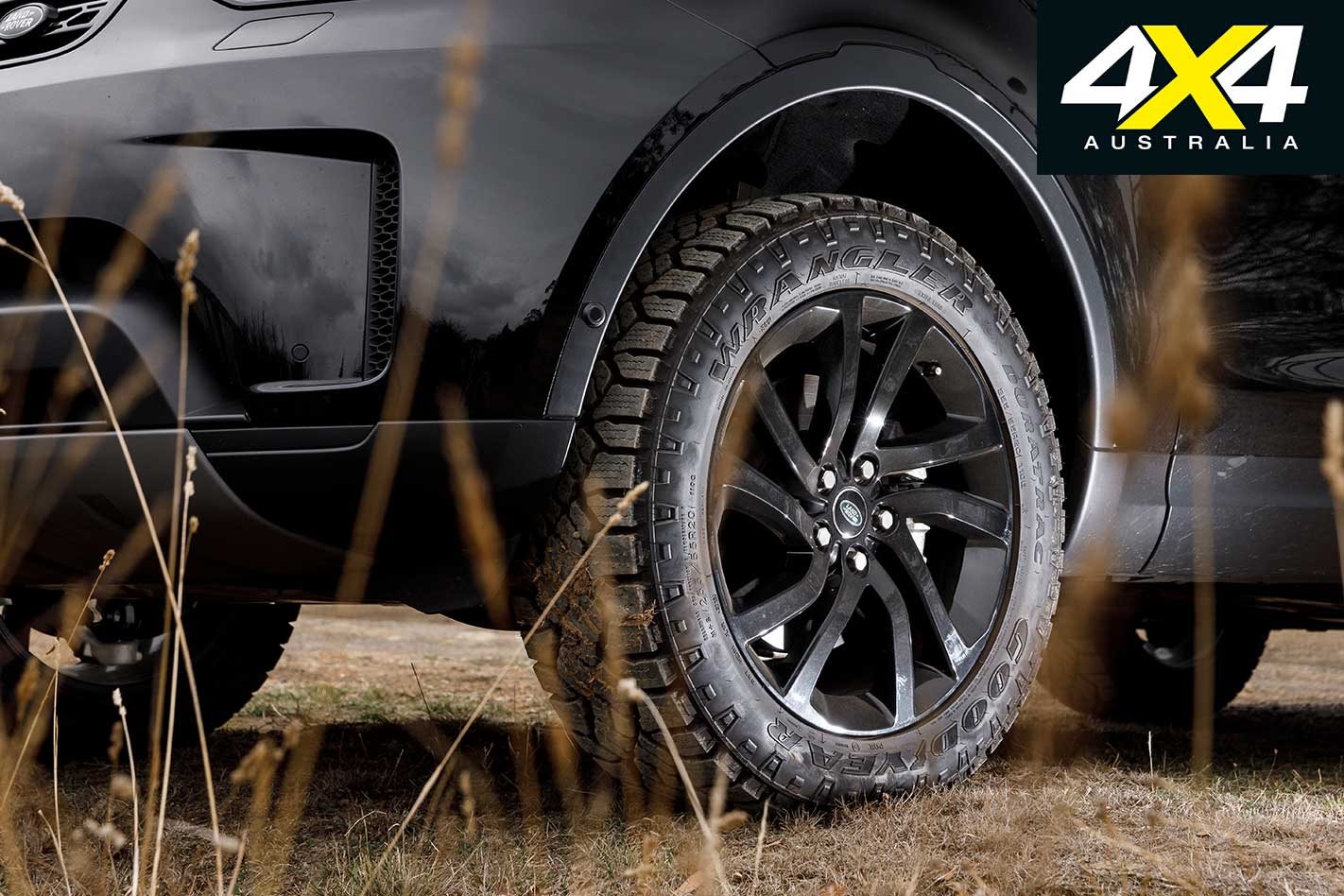