You can thank Goldilocks for this little number.

This review was first published in MOTOR magazine's March 2005 issue.

The house-squatting, porridge-scoffing juvenile who broke into the three bears’ house left a lasting reminder that not all dishes are to everyone’s taste. Subaru’s Impreza WRX has been a performance superstar since its local launch in 1994.

With power creeping up from 155kW to 168kW over the years and all-wheel drive and turbocharging, it reeks of the kind of performance that appeals to both sides of the law, topped off with a recommended retail price that makes most performance cars under $100,000 seem over-priced.

WRX is a cult, and one of THE performance car choices for anyone in the know. If it lacked anything, it was, well, more. So Subaru imported the super-fast STi, with an appropriate price bump, 195kW, and in its latest incarnation, adjustable centre diff and super-sticky rubber. 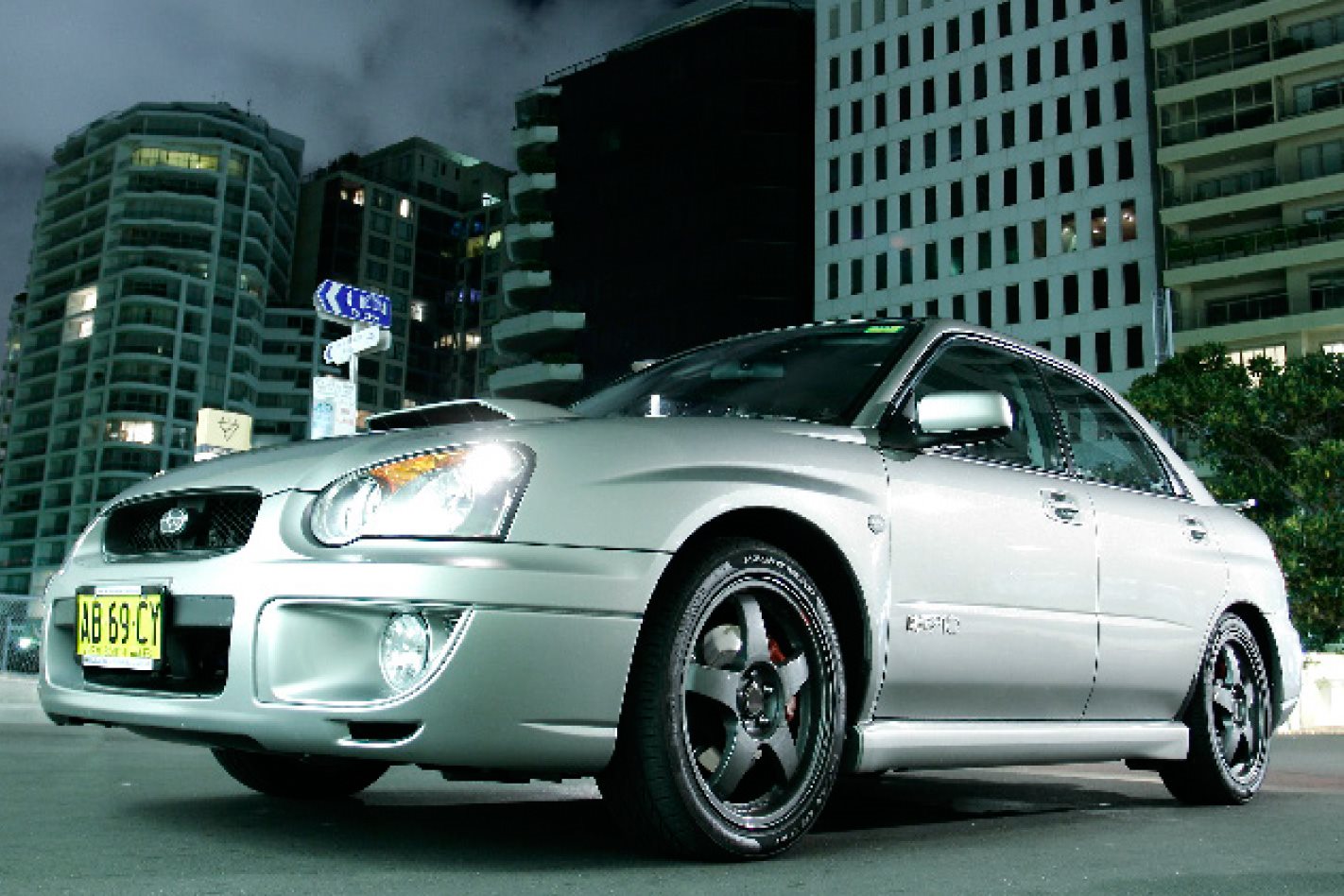 But the niggles are there: the stiff ride, the sick-boy heli-pad rear spoiler, shelter-for-the-homeless front scoop and lag that brings back sickly sour memories of the hello-is-this-thing-on-geez-hold-on turbocars of the 1980s. What we needed was something in between the two manic road rockets.

And it’s called the Limited Edition Impreza WRX WRP10. Patience now, it all has meaning: WR for World Rally, P for Pirelli, and 10 for the WRX’s 10th birthday in Australia. Positioned in the tight performance gap between the WRX and STi, the Australian-developed car was careful not to step on either Japanese car’s toes.

STi’s product specialist (and current ARC co-driver champ) Greg Foletta was given the task to balance the power. If anything, the balance of horsepower is tipped slightly towards the regular WRX. Two key components boost the WRX’s two-litre, flat-four just enough: an STi ECU and single-tip muffler add 7kW and 2Nm, upping the totals to 175kW and 302Nm, the latter at a 400rpm higher 4000rpm.

It’s a fraction throatier, and the pants-o-meter detects a touch more top-end through the gears, especially third and fourth. But it’s the response of the WRP10 that makes it more pleasurable to drive around town than the STi. The VBox makes it clear. Launching the WRP10 is easier than an STi as there’s just enough tyre slip to prevent it bogging. 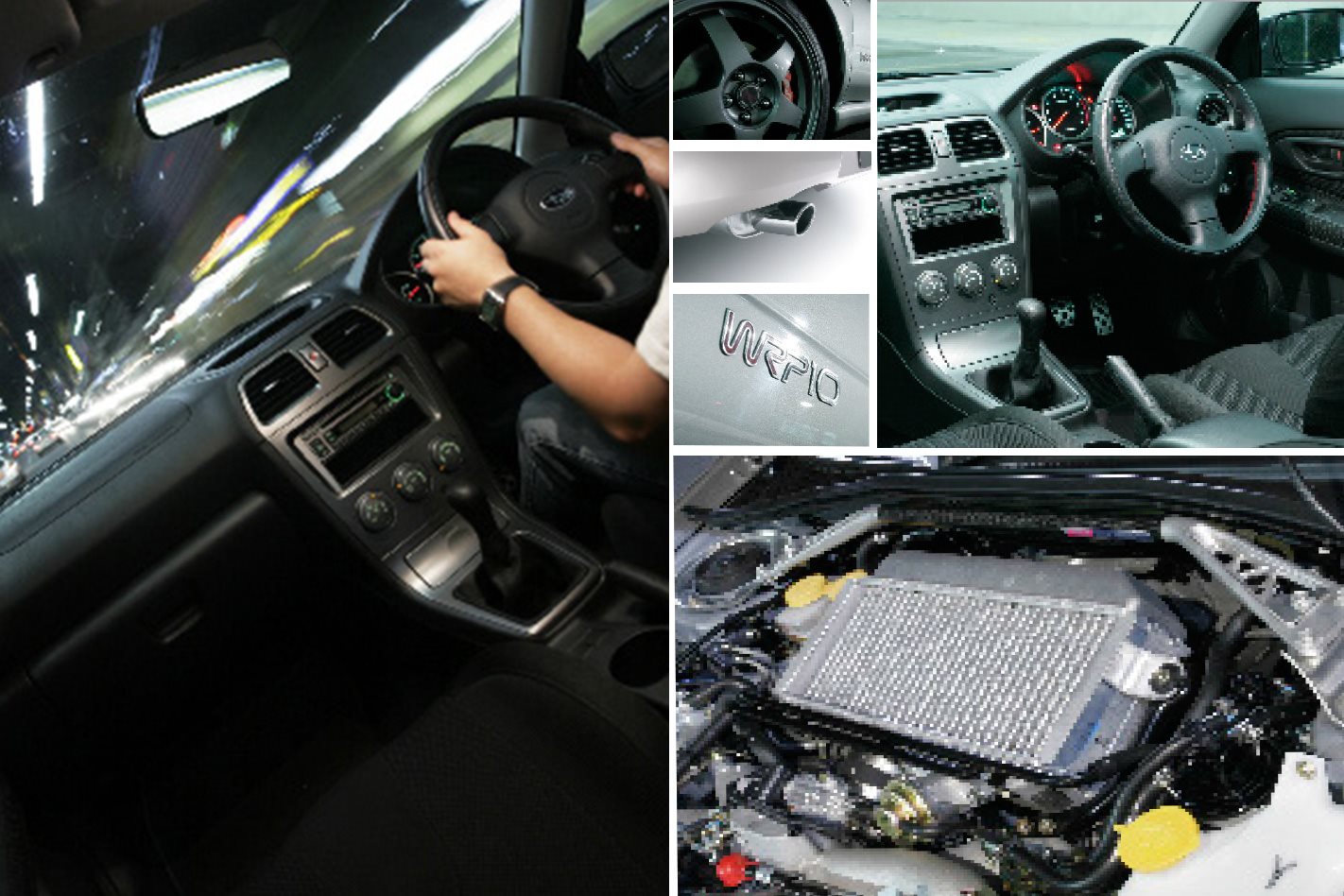 Brutal equals fast and with a few hundred revs off redline, step off the clutch pedal and the WRP10 jumps to 40km/h faster than a Porsche 911 Carrera S. It’s faster than a WRX thanks to the increase of top end and it jumps hard initially, but the grip of the Pirellis don’t allow it to maintain much wheelspin or momentum and revs drop a little more than usual.

It carries speed right through to redline, only losing pace – as most turbos do – when it takes a breath for a gear and needs to re-boost. It grabs third just before 100km/h but from there on it’s steaming.

Over a standard WRX, the WRP10 is 0.3secs faster to 100km/h, just breaking into the high fives, and half a second quicker to the 400 metre mark, scraping under 14 with a 13.99. Importantly for Subaru, it’s also 0.2 slower over the markers than the 75kg heavier STi tested this issue at Performance Car of the Year’s sauna.

It’s close in speed too: the P10 is 3km/h faster than a WRX over the 400m, but 1km/h slower than STi. So it’s fast. It’s exclusive too. Subaru plans on building just 200 WRP10s, all Crystal Grey Metallic and five-speed manuals. It suits the sedan in a subtle, on-the-prowl shark way.

And we love how much the body muscles up with such a simple mod of 15mm-lower STi springs that don’t seem to hurt the ride quality either. Despite all this, it’s as absorbent as a standard car but better. Maybe it’s the STi carbon fibre strut brace, maybe it’s the firmer springs, maybe it’s the Pirellis, maybe it’s all three, but the P10 just works. 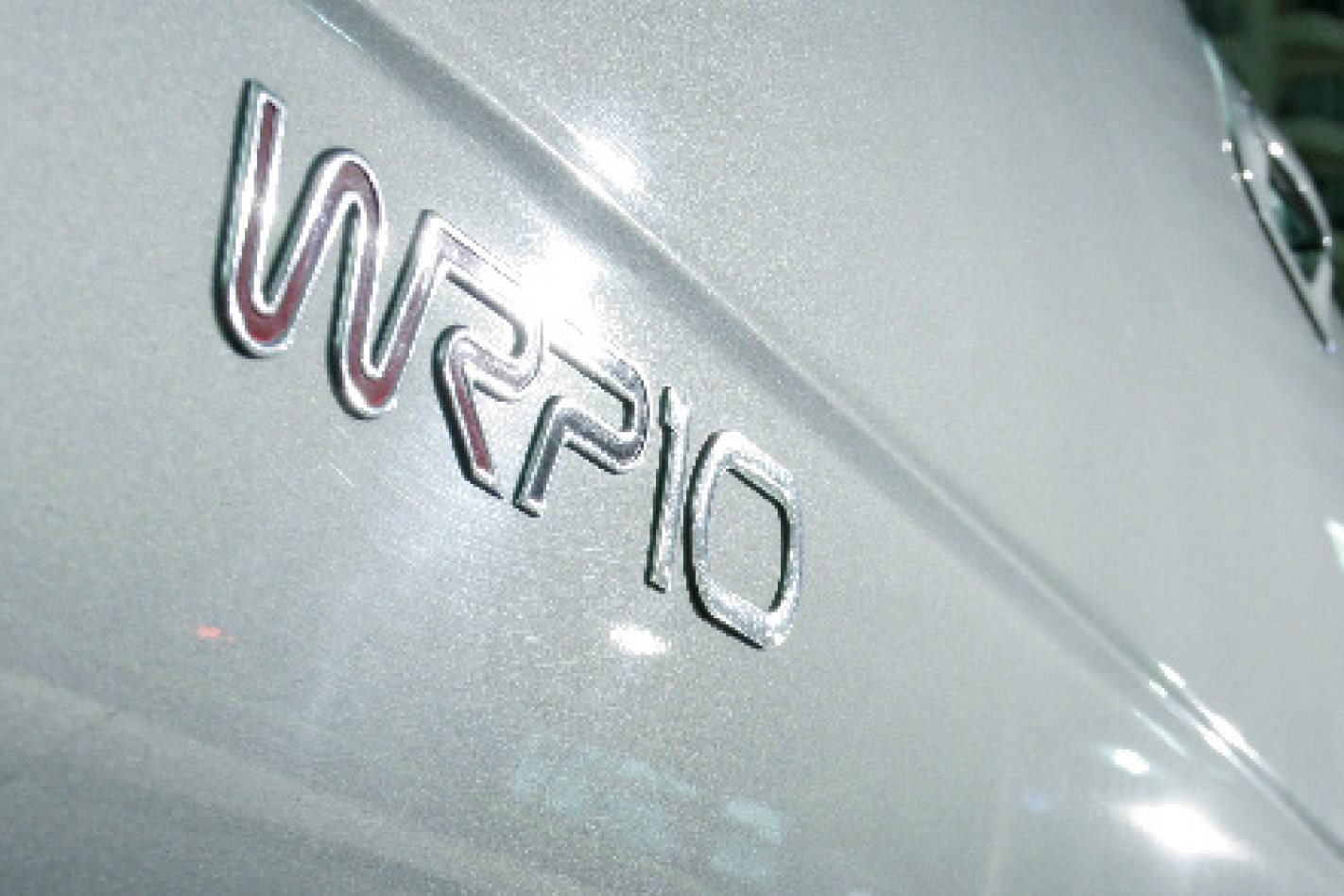 It’s responsive, the tauter suspension sharpens the steering ever so slightly, and when thrown into a corner, it has typically predictable handling that’s been the WRX’s hallmark since Subaru sorted out the mild chassis understeer issues a few years ago. Brakes, though untouched, are still capable anchors.

It’s only when pushed hard through high-load corners and hits a mid-corner bump that the lowered suspension runs out of travel and rides the bump-stops into the body. Even then it’s nothing but a dull thud instead of a harsh crack. Lastly, there’s P at each corner. For Pirelli.

A result of Subaru and Pirelli’s partnership in the World and Australian rally championships, in lieu of the same-size Bridgestones on the regular WRX, and the slightly wider Bridgestones on the STi, the limited edition P10 runs Pirelli PZero Neros at each corner – 215/45 ZR17 91Y, just in case you were wondering.

Oh, you weren’t. They’re wrapped around racing grey super-light Rays Engineering forged alloys that Subaru marks as its own with the STi centre caps. Simple, neat and tough. Which sums up the WRP10. There isn’t a lot to it, but what is there is integrated to exploit the WRX’s strengths and minimise its weaknesses.

Like a boxer in training, it’s tauter, muscled-up and punches harder without, most impressively of all, any real compromise. Well maybe just one. Remembering the standard WRX has just dropped to $39,990, and the STi is $56,630, the retail of the WRP10 sitting at $48,490 is just $180 more than being exactly half-way between the two.

A very smart move from Subaru. Not too soft, not too hard, Subaru’s WRP10 will be just right for 200 lucky bears. 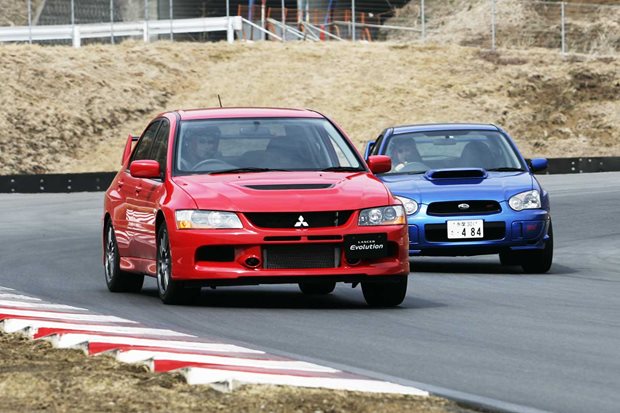