Don't blame us. If there was any predictability to this year's winner, it wasn't exactly our fault.

This was first published in MOTOR magazine's January 2013 issue.

There just isn't anything about what the 911 Carrera S does that dips down to even Very Good, let alone Mediocre… Sound familiar? That is, word for word, the first paragraph we wrote back in 2005 about the 997-gen Carrera S winning Performance Car Cup. At the time, it was 911's third victory. 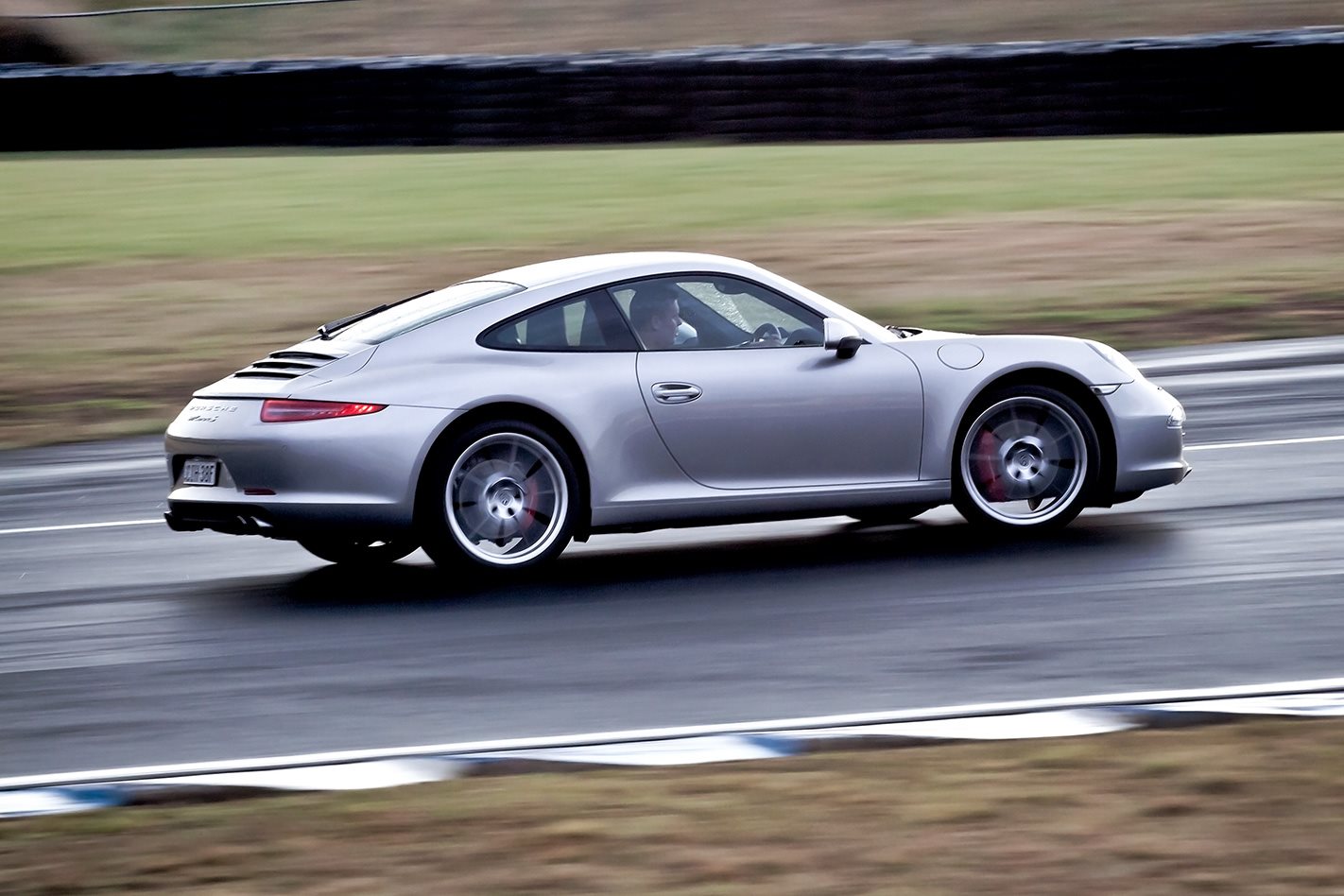 And before the all-new 991-gen Carrera S entered the 2012 fray, 911s had taken another three crowns. So, with an unprecedented seven wins, the 911's astonishing PCC legacy grows. It is the winning-est model range in the award's 17-year history.

This has led to now long-running suggestions of unfair favouritism on MOTOR's part. And past custodians of this tome have, at times, felt the need to apologise for its successes. Bugger those. The 911 badge is no guarantee of landing the top tier of the PCC rostrum.

In 2000, a GT3 came fourth; in '01 Turbo came runner up; ditto in '02 for Carrera in a year the mighty GT2 managed just fifth … the list goes on. And we'll leave the apologies to Porsche's rivals whose cars often fail to match the iconic Stuttgart coupes' all-encompassing excellence. 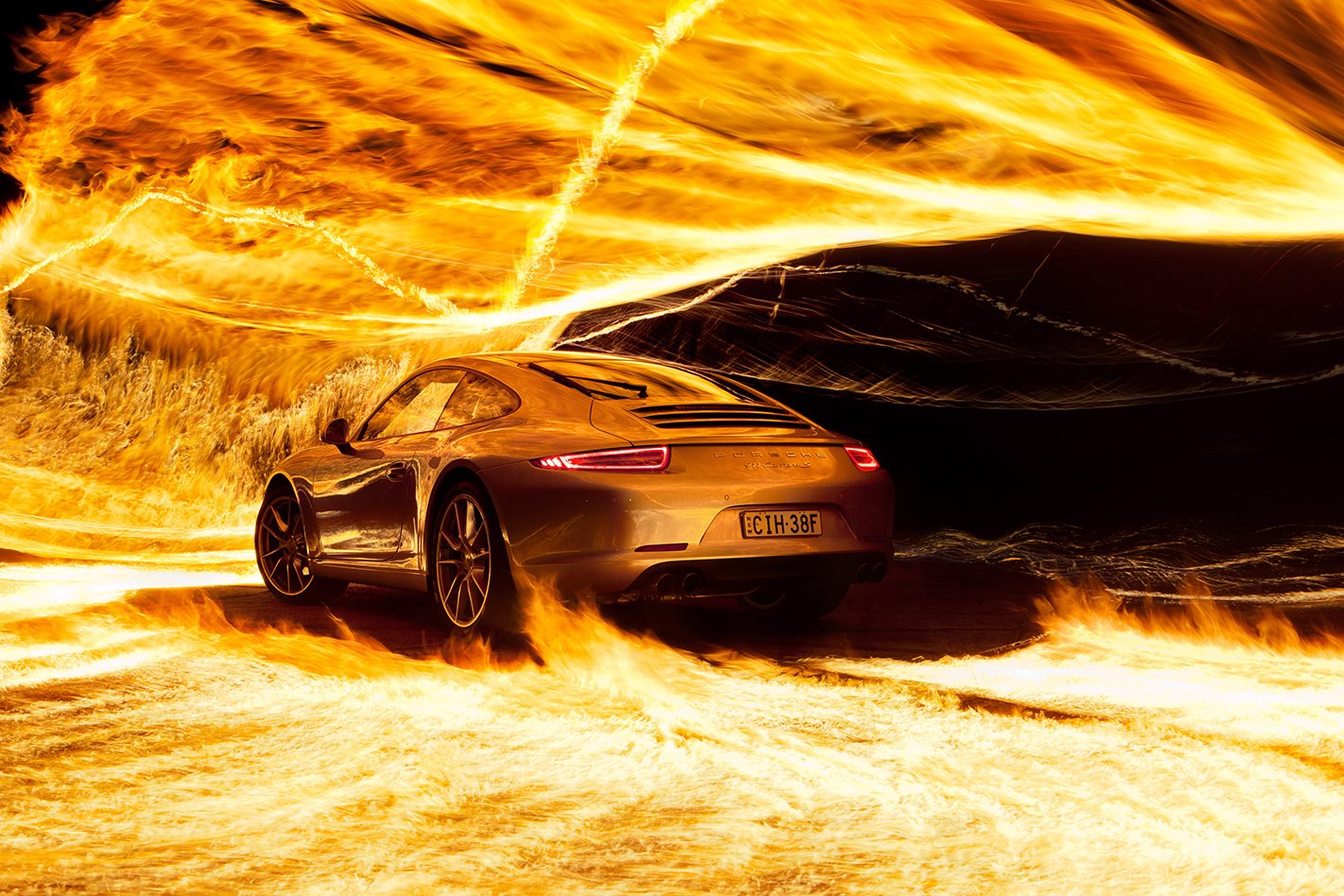 Cars often with bigger boasts, higher outputs and richer price tags. So a naturally aspirated six out-sprinted a total of eight larger-capacity, more powerful free-breathing and force-induced bent eights. And everything else for that matter. It clocked the quickest lap time.

And best braking performance. And had the highest road speed measured on three of the circuit's corners. Yet none of this ends the argument or decides the winning verdict. Instead it's more a starting point – a foundation of sorts – that illustrates with consummate clarity just how much the 911 is a breed apart and, in most aspects, beyond.

Take design and engineering, for instance. Clearly, what's ostensibly the second-lowest-rung model variant of the eventual 991 range rollout is maximising the potential of its available resources – output, grip, stopping power – with devastating effectiveness and efficiency. 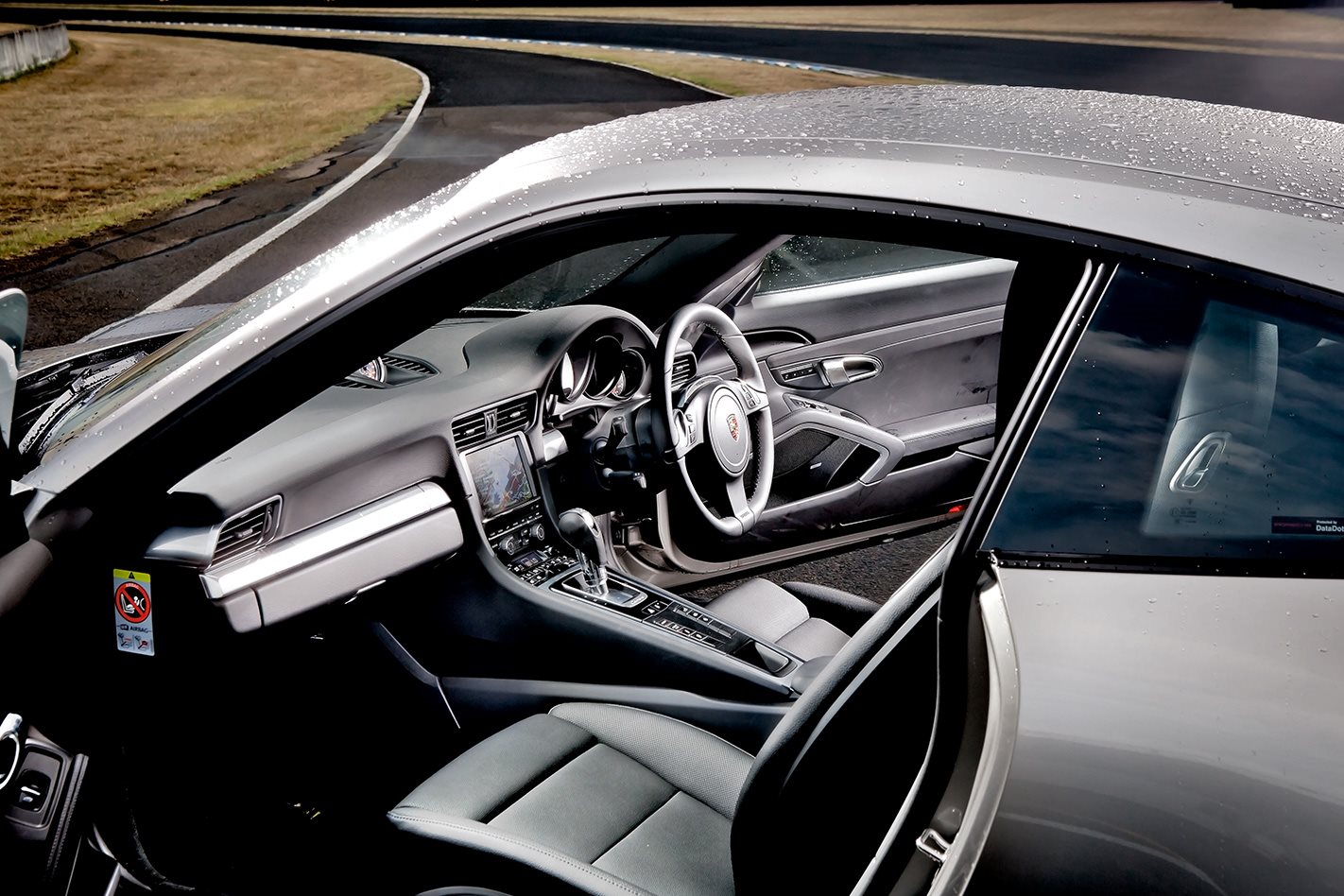 And whether you're talking cabin area ergonomics or high-speed aerodynamics, it's the result of bright thinkers in lab coats pouring over fine details searching for improvements over their predecessor's own, benchmarking handiwork. This is not a car over-engineered as a means of compensating for faults.

This is the most thoroughly evolved, honed and revised concept in road car history. And while purists bemoan attributes lost to the march of progress – the air-cooled, Metzger-engined, floaty-nosed, widow-making facets of yore – some things are as inevitable as death and taxes.

And that's that today's 911 is always, without fail, fitter and faster than yesterday's. And tomorrow's will raise the bar once more. It's why 911s win and win and win again. It's why today you climb into the 991 Carrera S and it presents a unique set of traits that absolutely cemented victory.

Only the Boxster and the Toyota 86 connects the driver and road together like the 911 does, but from there it was a class of one when it came to providing comfort and refinement without compromising mojo. But turn the wick up and it was only the Boxster that can match the 911 for pure driving joy. 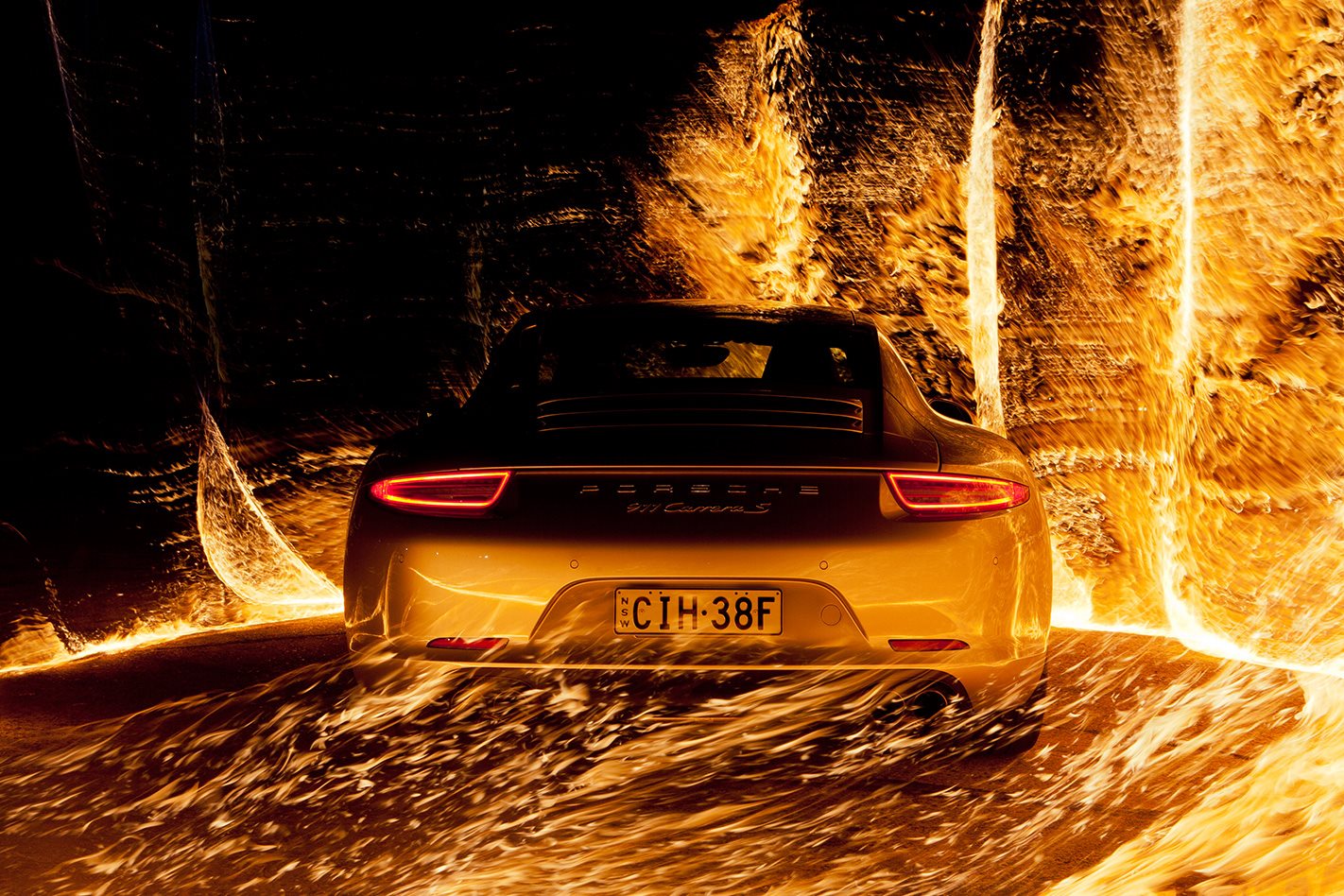 Crucially, the Porsches shared one trait that saw the pair fight for the win: the harder you push them, the more connected and enjoyable they become, egging you on to push harder still. And on and on until either is right there at the limits, playing for you, not against you.

But the Boxster hits its threshold before the 911, and a couple of other PCC rivals, do. The Carrera S just marched on, fastest everywhere, the most enjoyable doing so. Sure, the Boxster's cheaper. But the Carrera S provides supercar pace while not quite asking proper supercar money.

That Porsche claims the new Carrera S is as quick as the old 997 GT3 around The Ring is laughable, though you laugh simply because after a ten-tenths punt on circuit you'll believe it's actually plausible. Know what? Our 2010 PCC-winning GT3 RS was just 0.02 quicker to 100km/h and 400m… 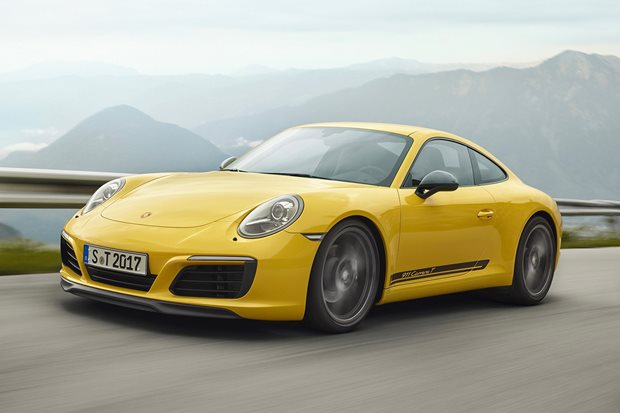 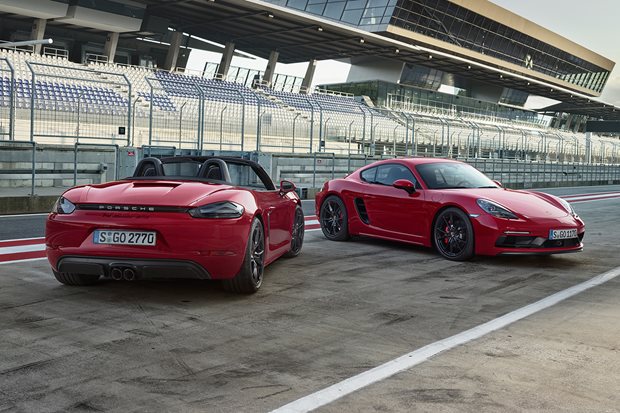 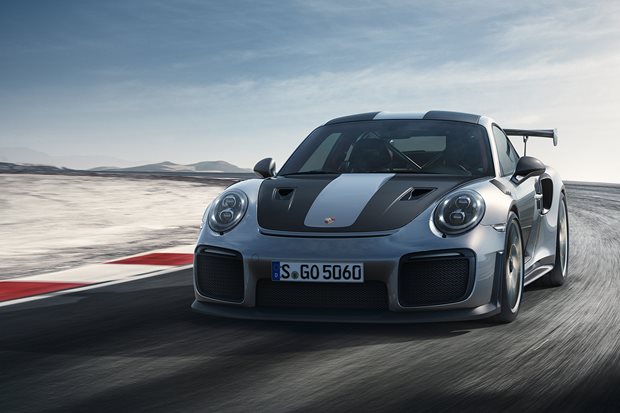 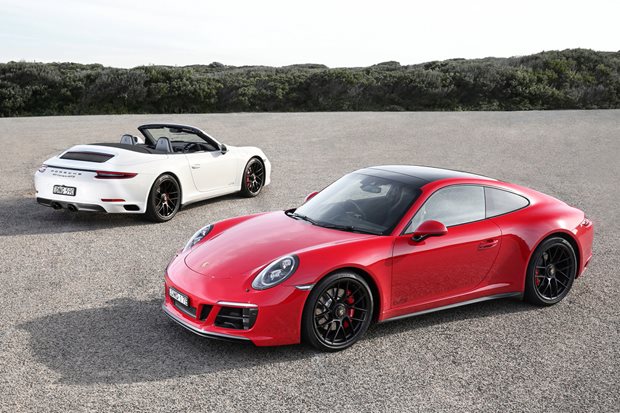 Porsche’s gorgeous 911 gains five more variants in the ever-expanding line-up with the arrival of the sharpened GTS priced from $282,700