We put VW's early and late-'00s hot-hatches up against each other to get an accurate look at how far the GTI has come.

And talk about a difference of opinion. Where the Japanese fed their rally-bred sedan a rip-snorting 2.0-litre turbo, all-wheel-drive, massive fogs and a great big wing, the Germans followed the stealth route with a set of alloys, dark-tinted taillights, colour-coded rub strips and a low-blow 1.8-litre turbo.

There wasn’t a single spoiler or foglight in evidence and you couldn’t even see the exhaust – Volkswagen deliberately concealed the tip behind the rear bumper. And that, believe it or not, was how the Golf GTI began the decade. 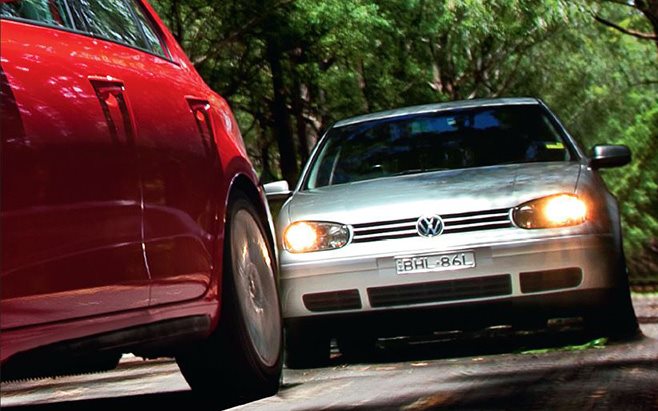 A lot of water has passed under the bridge at Wolfsburg since the heady days of the Mk4 GTI, and parking VW’s new-gen Mk6 right next to it proves that times 10. It's like looking at Madonna in pre and post gym-junkie phases.

The former is something little girls would appreciate and the latter spells a whole new level of club chic. 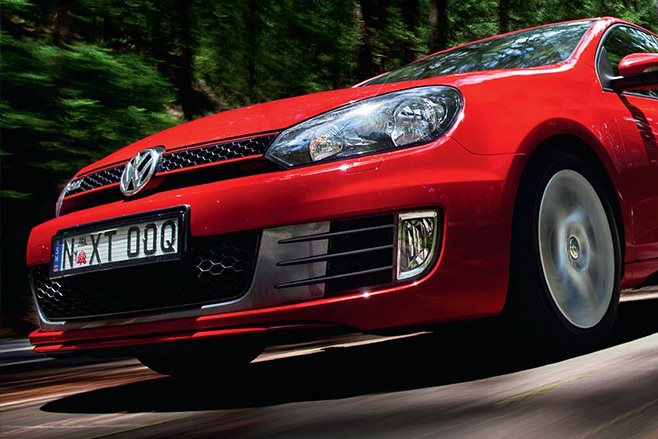 The old car claws its way back with an interior that has easily stood the test of time, bar some peeling and cracking on the fake-wood door-grab inserts.

That’s right – fake wood, in a GTI! It was slightly jarring a decade ago and now it looks plain weird. But the old GTI serves up soft-feel plastics wherever you touch, and its Recaro buckets are clearly related to the superb same-brand chairs in the Mk6.

There’s no tartan trim or red stitching, though, which are two GTI cues the new Golf hammers home, and what happened to VW’s blue-violet dash lighting? Did the Germans get upset they were being copied by the Koreans?

Shut the Mk4’s doors and they still close with an expensive-sounding thunk. She feels as solid as a rock, the old GTI, and that impression continues out on the road. But ‘solid’ and ‘safe’ aren’t the sort of words that invoke excitement and the Mk4’s driving experience is a long way from being inspirational. 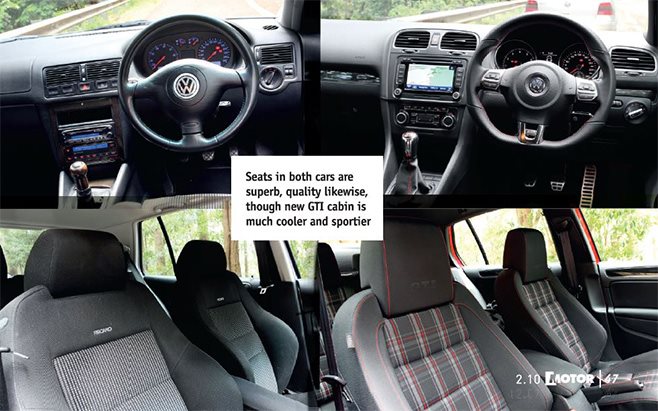 It brakes strongly, handles neatly and has good grip, but it’s also a reminder of what VW/Audi chassis tuning was like a decade ago. The steering is slow and disinterested, there’s nothing but understeer when you push, and it’s totally immune to any balance adjustment.

2016 Volkswagen Golf GTI 40 Years review
Jump into the marginally heavier Mk6 and it’s amazing just how lithe it is, how keen its turn-in is and how much more animated it feels. In every dynamic discipline you’d care to name, the new car is an absolute revelation. Even wearing the 17s of our test car, the Mk6 GTI has miles of mid-corner and corner-exit grip, goes exactly where you point it, and will move its tail around a bit if you ask it to.

There’s actually feel and connection fed through its beautifully chubby leather three-spoker, and it even rides brilliantly, with far greater finesse than the Mk4 ever had. 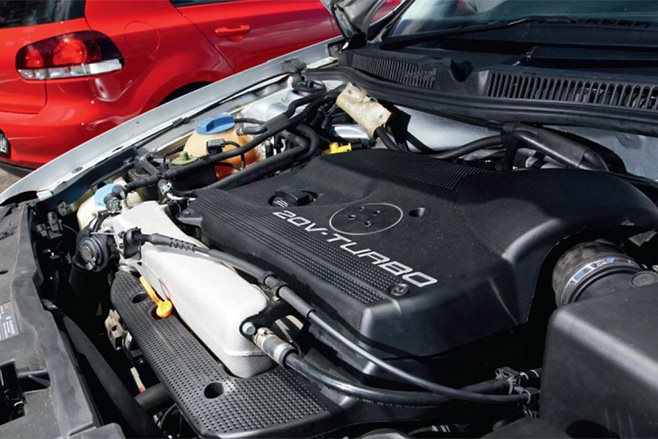 And then there’s its engine. The Mk6 GTI’s 155kW 2.0-litre turbo has been criticised, rightly or wrongly, for being a little less rorty than the Mk5’s, but its fizz is absolutely overwhelming compared to the low-blow 20-valve 1.8’s dullness. The old 1.8T was never a great engine, but compared to VW’s current state-of-the-art, it’s a veritable boat anchor.

It’s quite smooth and reasonably tractable, but it revs without enthusiasm and sounds incredibly boring. Despite its 1750-4600rpm torque plateau, it feels quite laggy compared to newer turbos, and needs 3000rpm showing before it begrudgingly perks up. By which time the Mk6 has bolted well into the distance, while barely even raising a sweat.

2017 Volkswagen Golf GTI adds 180kW manual
It’s this effortlessness that really sets the Mk6 GTI apart – not just from the Mk4 GTI but also most of its competitors. The brilliance of the modern-day Golf GTI is that you can have your cake and eat it too. 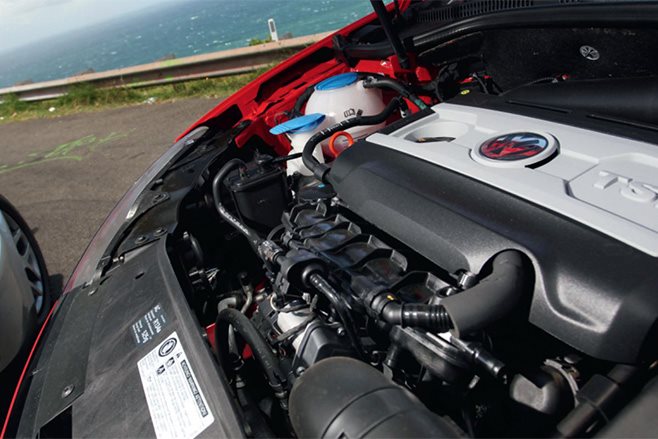 If there’s one synergy between these two GTIs, that’s it – feeling of expense. The Mk4 Golf set interior standards back in the late-’90s that are still yet to be matched by most small cars, and only something like VW’s new Mk6 is a clear step-up in character and detail design.

But it’s the new GTI’s continuation of the Mk5’s all-round dynamic excellence that really stands out here. These days, VW makes driver’s cars. 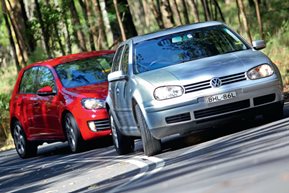