In the spirit of Australia’s greatest nautical race, which cars make the best land-bound cruisers?

The Sydney-to-Hobart yacht race kicks off in the NSW capital today, with a whopping 105 boats setting sail for Tasmania in a race that will pit sailors against time, weather, the ocean and each other.

But what if that’s not exactly your idea of a relaxing trip? What if you prefer a yacht of a different kind – something boatlike, yet still very much confined to terra firma? Here’s a list of the best land-yachts for you to make the trek from Sydney to Hobart – with a little help from the Spirit of Tasmania, of course.

Large, traditional, and with carpets made of thick wool rather than recycled PET bottles, the Mulsanne is Bentley’s luxo-cruiser for those that prefer to ride in the back. Its 6.8-litre turbocharged V8 may be a low-revving grandfather’s axe of a machine, but with a gigantic 1100Nm of twist and a scarcely believable 4.9-second 0-100km/h sprint stat, it guarantees that progress won’t just be stately – it’ll be bloody quick too. 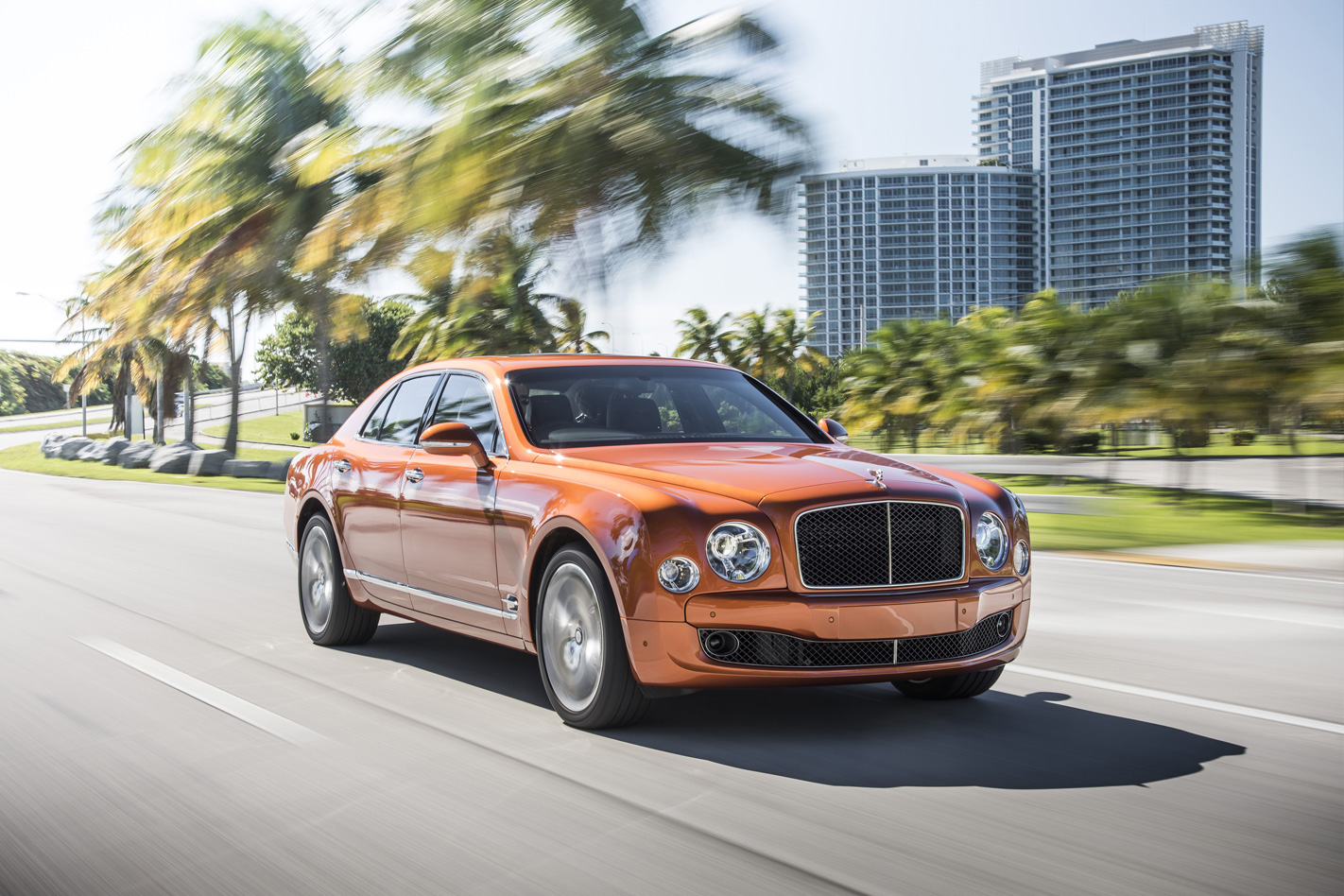 BMW stops short of calling this rig an ‘M7’, but we wouldn’t blame the German automaker if it did. And why shouldn’t they? With a twin-turbocharged 6.0-litre V12 pushing out nearly 450kW and sending it to all four wheels, this big Bimmer can leap to 100km/h from standstill in 3.7 seconds. And you thought the Bentley was fast! 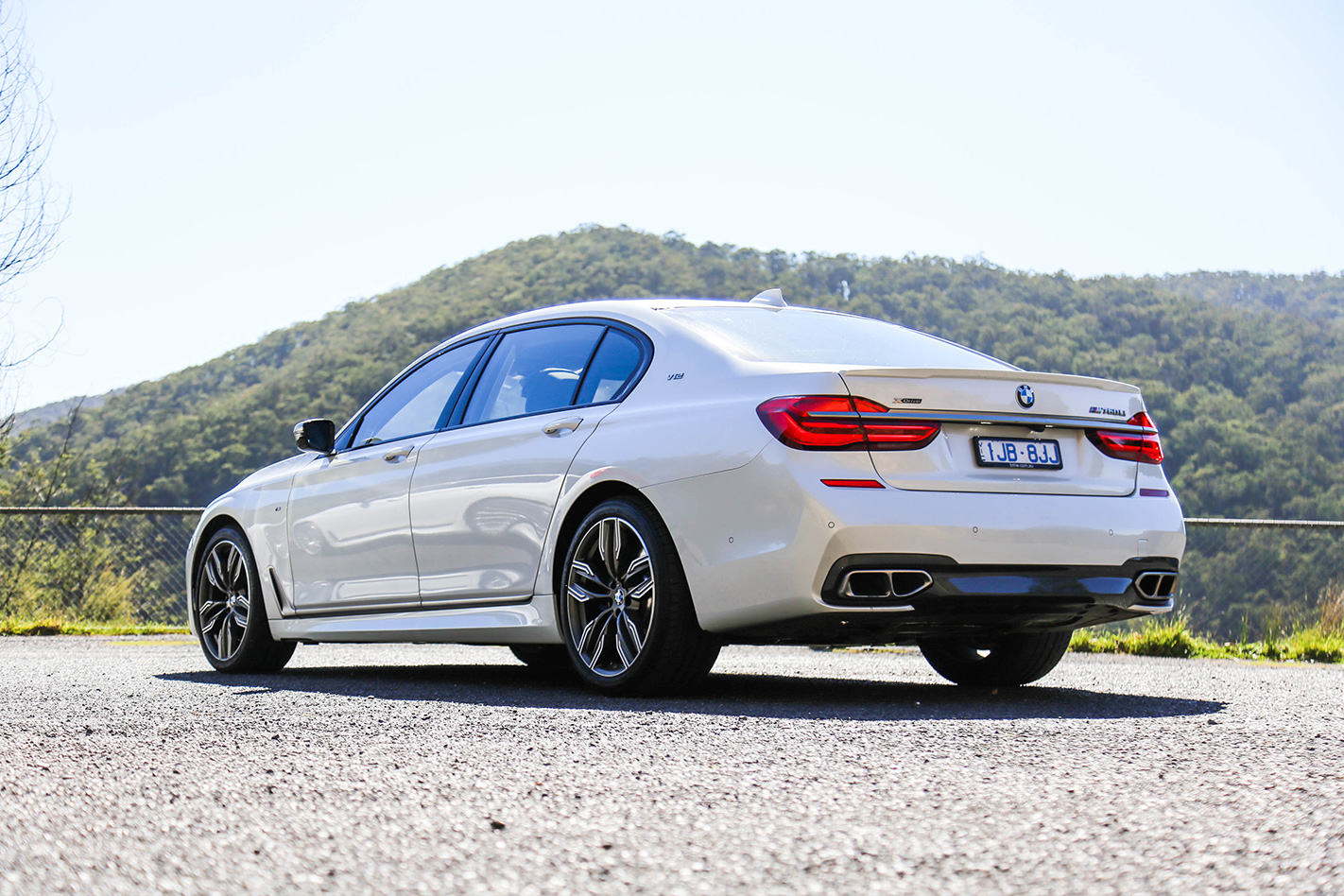 Sophisticated air suspension also endows the M760Li with handling that’s far from boatish, so there’s no fear of capsizing once a sharp turn approaches. Not that there are many of those on the run down the Hume.

On top of all that performance is an exceptional cruiser, with acres of rear seat space and sizable screens controlled by BMW’s nifty rear infotainment control tablet. Perfect for spending long hours on the road.

The Bentley isn’t the only refined British sedan on this list. Jaguar’s interpretation of a fleet-footed land yacht is the long-wheelbase XJ Autobiography, a rear-driven luxury four-door that takes power from a 5.0-litre supercharged V8 and takes it to the rear wheels for sporty dynamics. 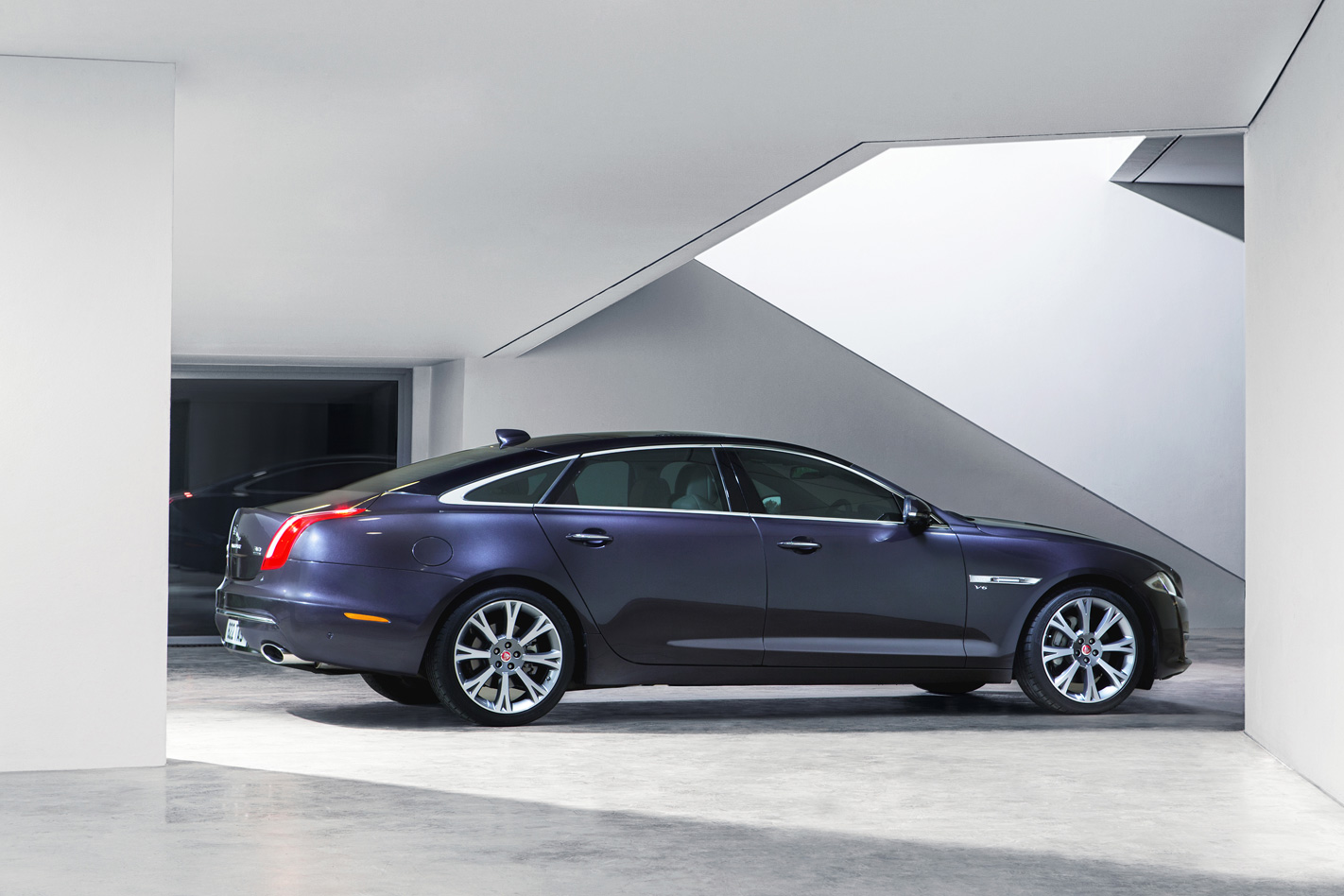 With extra length between its B- and C-pillars, this sizable English sedan cossets its rear passengers with 18-way adjustable leather seats, a 20-speaker, 825W sound system, and a serene ride.

A 0-100km/h sprint time of 4.9 seconds puts it on equal terms with the wafty Mulsanne for straight line speed, but its pricetag puts it in a far more affordable position than its fellow Brit. Even so, positioned north of $300K it’s definitely still one for the well-heeled

The XJ Autobiography’s 5.0-litre supercharged V8 also sees service in its corporate cousin, the colossal Range Rover SV Autobiography. However, while the Rangie’s extra half-tonne of mass (it weighs a whopping 2.4 tonne before you even put anything or anyone in it) adds nearly a second to the 0-100km/h sprint, it compensates with unbelievable levels of luxury. 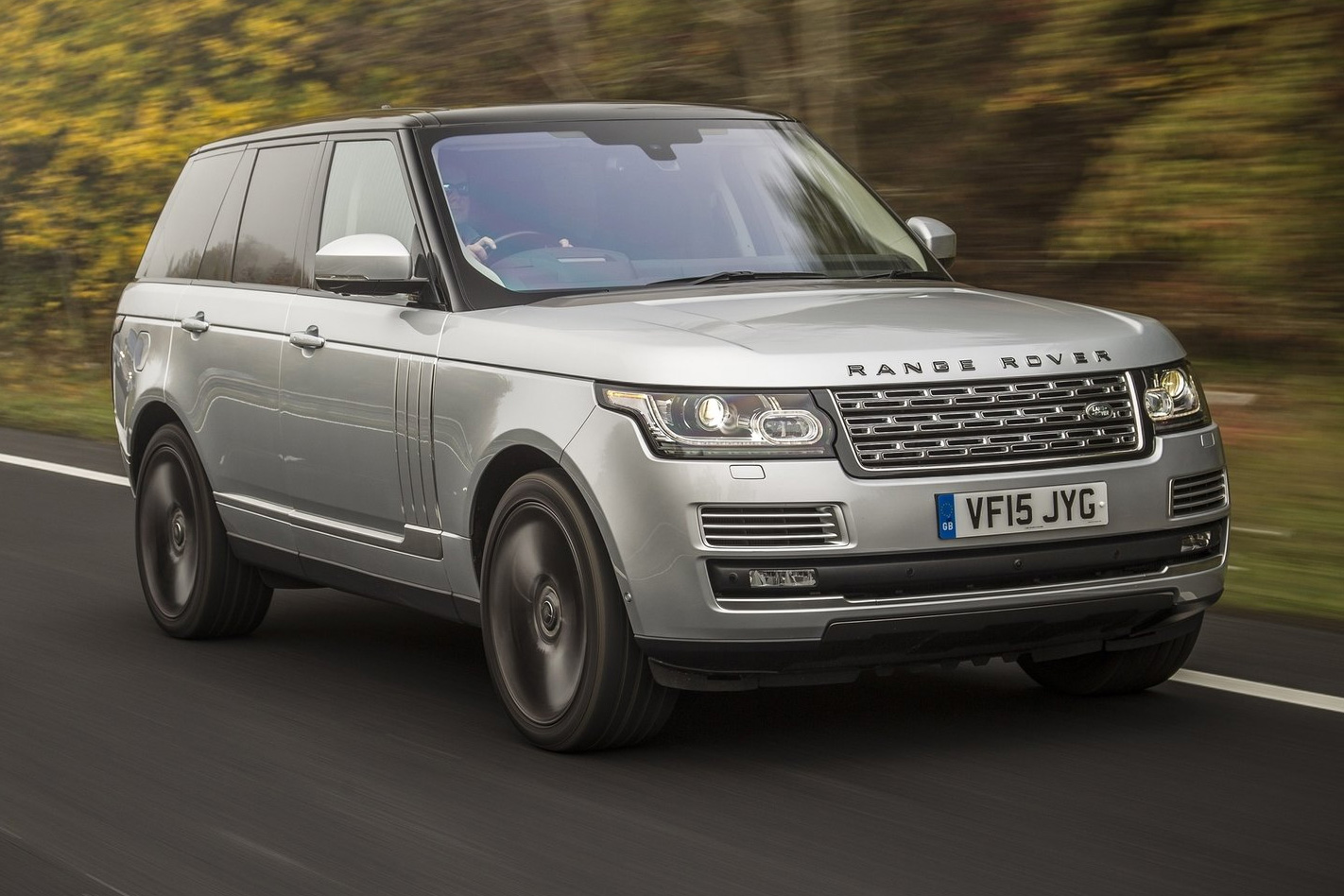 Despite its huge footprint, the Range Rover flagship only offers enough seats for four people. Those in the back are treated to a business-class experience, with individual fully-adjustable (and massage-giving) seats bisected by a high centre console and a fridge. The rear doors have a power-close function, the sound system has 29 speakers and there are milled metal features throughout. This is not your average Toorak Tractor

What if you prefer something a little different – an open deck for your yacht, rather than a cabin? What if you ALSO have a little over a million bucks burning a hole in your pocket? 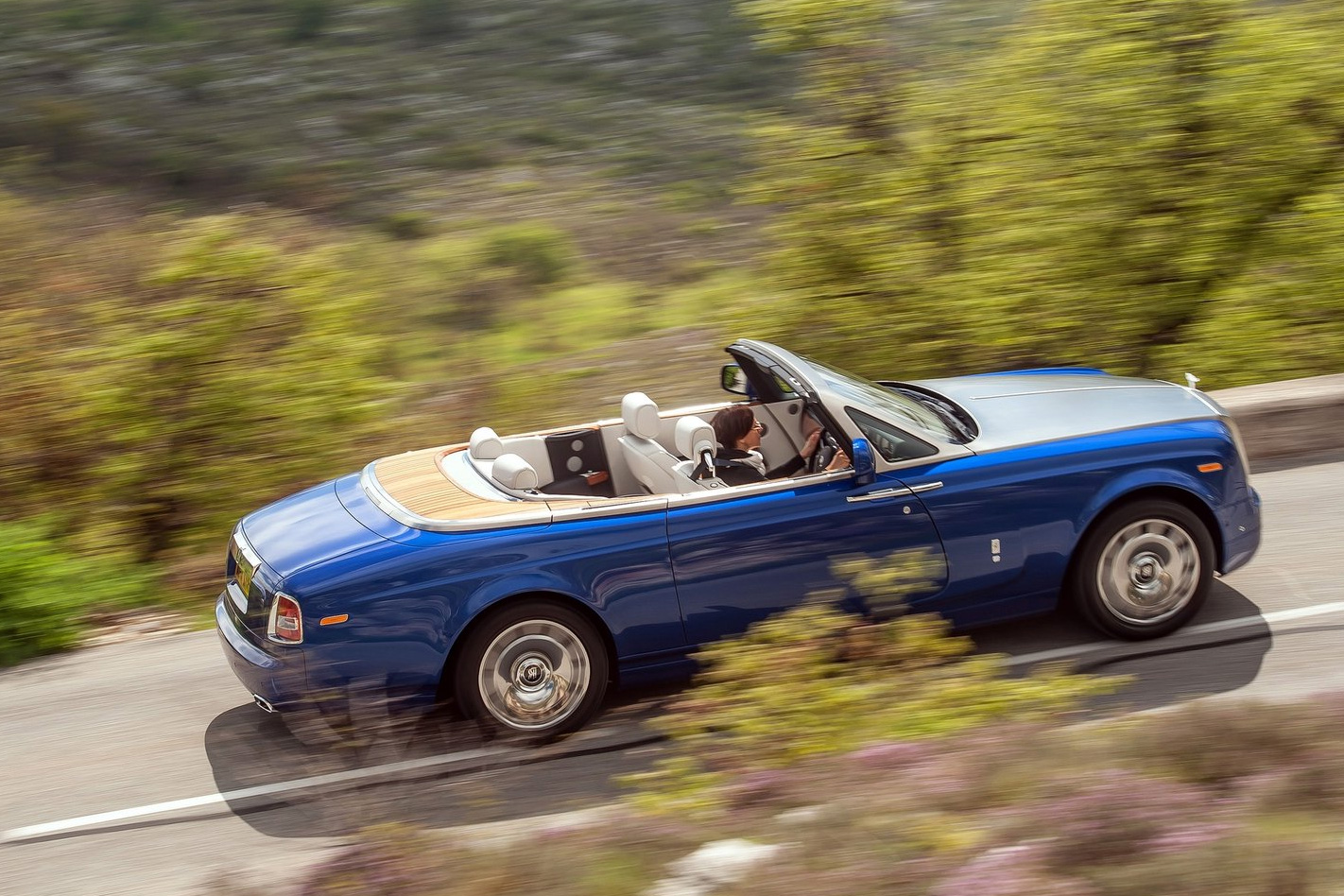 Enter the Rolls-Royce Phantom Drophead, the most unfeasibly expensive convertible ever. A shortened, two-doored and roofless version of Rolls-Royce’s uber-limo, the Phantom Drophead Coupe surges forth courtesy of a 6.7 litre V12, air suspension smoothing out even the choppiest of tarmac.

It also attempts to impersonate an actual yacht, with its rear tonneau cover able to be optioned with actual boat-style teak decking – which can also be applied to the boot floor if you like. Anchors aweigh! 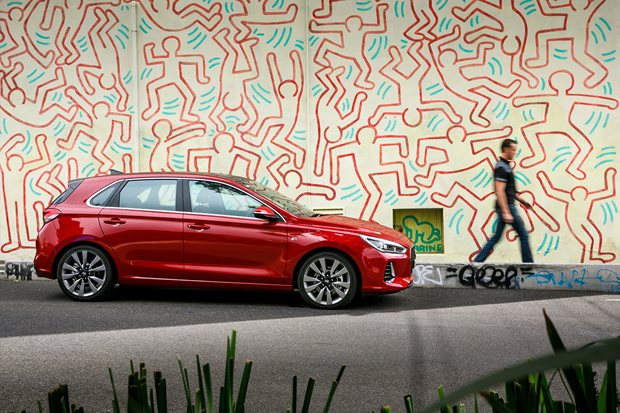 Speed date or true love? After some sporadic flings with the new Hyundai i30 SR Premium, Dan is still no less impressed by this redhead