NISSAN has revealed a fuel cell-powered vehicle in Brazil that runs on bio-ethanol rather than the futuristic technology’s other fuel of choice – hydrogen.

Unlike other fuel cell vehicles that rely solely on hydrogen to generate the electricity needed to turn the wheels, the stubby-nosed Nissan test vehicle can use more recognised fuels including ethanol and natural gas – and because it is hard to do, the carmaker claims its system is is a world first.

It means fuel cell cars will not need a special tank to store hydrogen – the gas needs to be kept below minus 250 degrees Celcius – and can top up at existing petrol stations. However, there is still the issue of managing the furnace-like heat produced by SOFCs, which is probably why Nissan is using a van and not a small car. 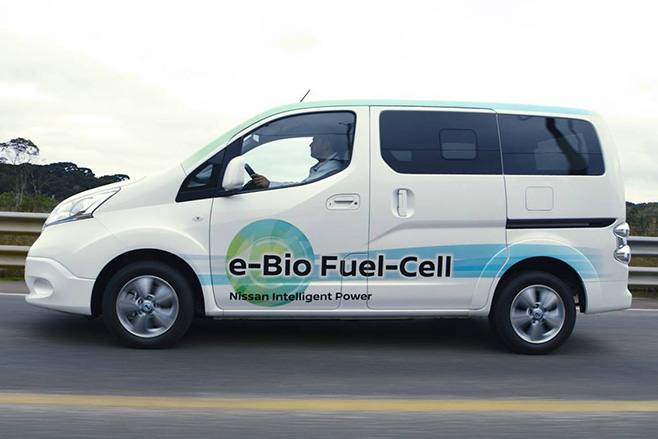 Nissan’s e-Bio Fuel Cell prototype uses ethanol to charge a 24kWh battery that enables a cruising range of more than 600km. While an ethanol-fuelled SOFC will create some carbon emissions, Nissan says it would be offset by crops grown to produce the bio-fuel.

Nissan will test the SOFC technology on public roads in Brazil, which is the world’s second biggest user of ethanol fuel after the US.

So how do SOFCs work?

Fuel cells work like batteries, but don’t need recharging. They are very efficient and produce almost no emissions. They create electricity and heat as long as fuel is supplied.

A fuel cell consists of two electrodes—a negative electrode (or anode) and a positive electrode (or cathode)—sandwiched around an electrolyte. The ethanol splits into carbon and hydrogen, the latter which is fed into the anode. The oxygen is simply taken from the air and enters via the cathode. 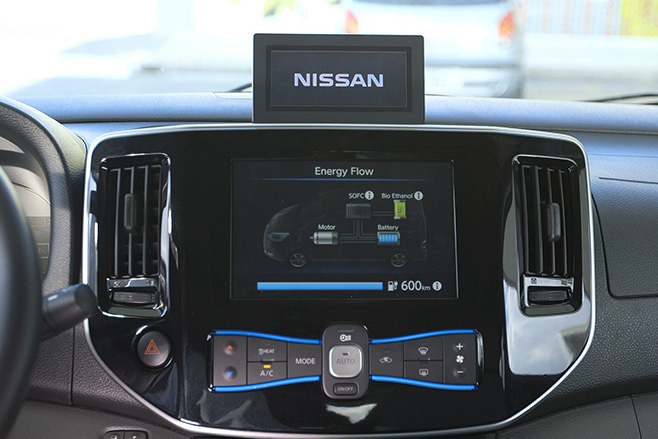 A chemical reaction occurs between the hydrogen and oxygen, creating water and the electricity that is used to power the electric motor, which drives the wheels.

So far most fuel cell development for vehicles has centred on hydrogen fuel cells that use hydrogen as the primary fuel.

SOFCs are different in that they can use hydrocarbon fuels, including petrol, diesel, jet fuel and biofuels, to create the hydrogen needed for the reaction.

They are also cheaper to produce because they don’t need to use expensive platinum metal.

However, until now carmakers have struggled with the high operating temperature of SOFCs, around 800°C.

Low-temperature SOFCs are being developed, though Nissan hasn’t revealed the operating temperature of its prototype. 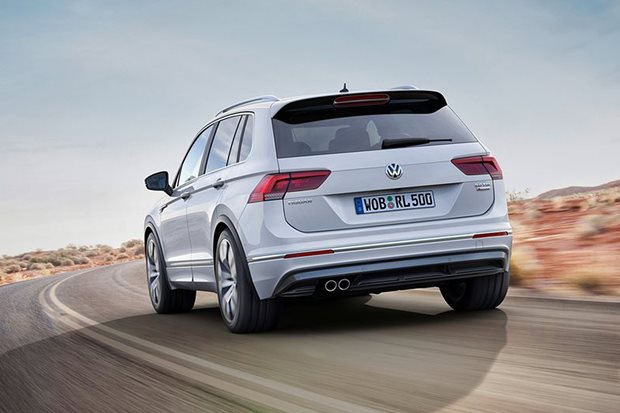 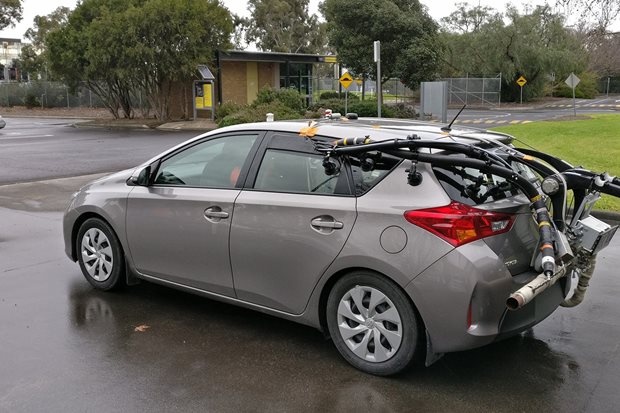 The Volkswagen emissions scandal and questionable lab tests have prompted the search for real-world fuel use ratings. 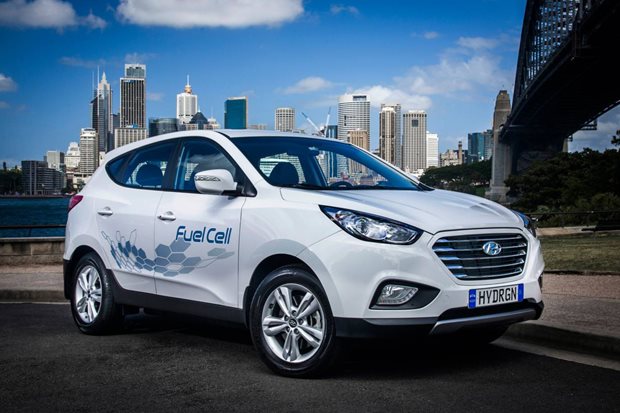 What is a Fuel Cell?

David Bonnici explains what fuel cell technology is and how it works in cars, as Toyota gets set to begin testing its hydrogen-powered Mirai in Australia