People do stupid things in cars all the time, but to do something really spectacularly dangerous you need a four-wheel drive.

Many moons ago, before Australians became seriously litigious, a group of local journalists were taken to New Zealand and encouraged to drive some new Nissan Patrols up a mountain range.

The kind of steep-pitch climbs that we achieved were hugely  impressive, but in not many hours we found ourselves driving along a sharp ridge at the top of a mountain pass, so steep that we were told over the radios not to open our doors, or we would fall to our badly bruised deaths.

Just because your SUV can go somewhere doesn’t mean it should. After some hugely alarming minutes, we reached a small, snowy plateau, got out of our cars and jumped into a helicopter piloted by a mad farmer who happily told us he’d written off two choppers the year before. He still seemed a safer option than trying to drive back down, and I’m fairly sure those Patrols are still there now, stranded forever as giant monuments to stupidity. 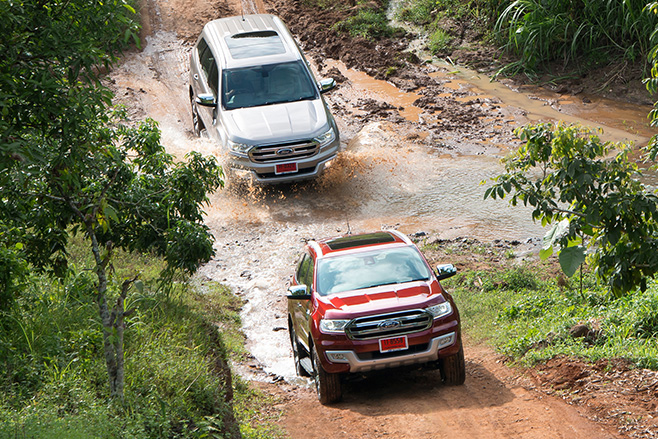 Regardless of how ill-advised or illogical it might seem at first blush, climbing really steep things is a real favourite of off-roaders, perhaps simply because it is a slightly crazy and thus frighteningly adventurous thing to attempt.

A steep climb puts your vehicle’s ability to maintain grip, and your ability to control that, to the ultimate test, and adds a frisson of fear because if you do get it wrong you’re going to either slide ingloriously back down the hill or, far worse, roll your vehicle over and badly hurt yourself. And your beloved SUV.

It’s all about traction, basically, and to that end you’ll want to follow the advice we gave you about driving on sand; lower your tyre pressures. This increases your contact patch and your grip levels and gives you more of a chance of making it to the top. You’ll also want to use Low Range and a low gear if you’re in a manual. 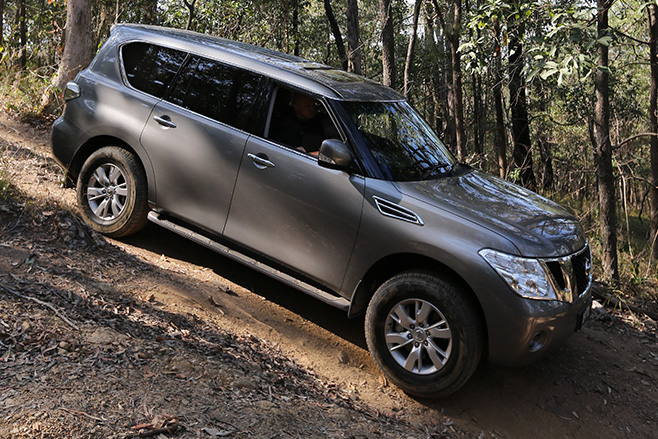 Once you’re into a big climb, you do need to maintain momentum, but this doesn’t mean you should charge up it like some four-wheel Israel Folau. Slow and steady is the best bet, because you don’t want any pauses or hesitations - stop on a slippery slope and the only way you’re going is backwards.

It’s important to pick your line and to look as far ahead as possible. Try to follow the wheel ruts of those who’ve gone before you and choose parts of the track that have the most grippy surface. This is fairly obvious when you think about it - solid rocks are good for grip, loose gravel, mud and sand not so much.

It seems like obvious advice but the other trick is not to panic, just keep trucking on. And if something does go wrong, and you're in a manual, remember not to do what comes naturally and stamp both brake and clutch, because this will be the end of you. 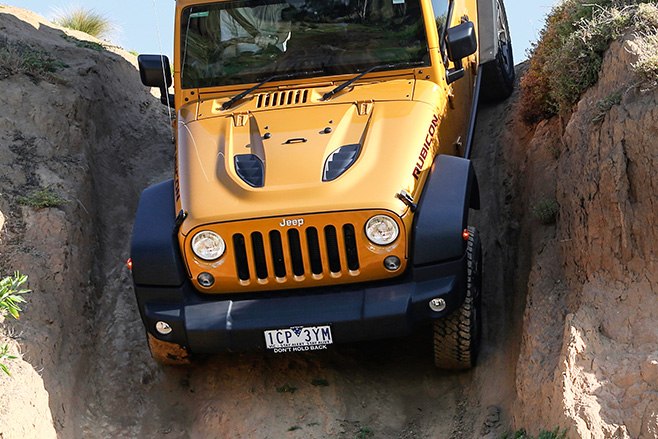 What you need to do is let the engine stall, then engage the brake, and the handbrake, pause, consider why you failed and then begin the embarrassing process of reversing back down with your tail between your legs. This will involve selecting Reverse, letting the clutch out and creeping back down.

If you’re in an automatic, things should be easier, but it doesn’t mean you might not need to give up and go back. If you do, engage Park, take a few deep breaths, and then go into Neutral and then Reverse.

Once you’re back down safely you can try again, perhaps on a different approach route, or with even less air in your tyres. If you do make it to the top, as many Everest climbers discover, there’s still the challenge of getting back down. Fortunately, most modern four-wheel drives make this a total doddle, thanks to something called Hill Descent Control. 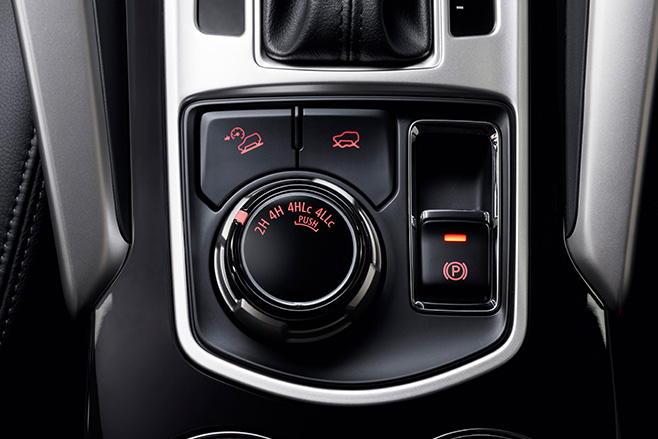 Heading down a steep incline is, within reason, as simple as letting the engine-braking and the software do the work, in Low Range and first gear. Even Jeep Renegades can do this brilliantly. You’ll occasionally need to slow yourself even further by touching the brakes, but don’t stamp them. Gently and easily does it is the way.

It is truly amazing how easily an enormous SUV can get down a goat track with Hill Descent engaged; you just pick your way down by pointing the steering wheel at what seems the most sensible course, and the car makes you look like some sort of off-roading genius.

We mean it when we say the words “within reason”, however, because if you attempt something too steep - like a New Zealand mountain range - the laws of physics and momentum will carry you to an ugly end.

Once again, the best advice is to start small, discover how staggeringly capable modern SUVs are at tackling steep terrain, and build up from there to as far your fear threshold wants to allow you. Then enjoy the ride.