A fresh outbreak of COVID-19 in Sydney has thrown Christmas travel plans into a spin, with border restrictions in place with all other states and territories. 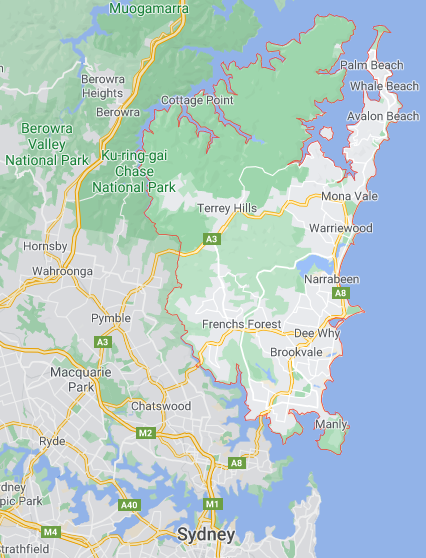 21 December - travel between Queensland and NSW for Christmas has been restricted.

The restrictions mean anyone that is travelling to Queensland from 1am Saturday 19 December who has been in a hot spot will be turned back at the border.

An exemption can be applied for, but if approved, travellers will need to quarantine in a hotel at their own expense.

People from other parts of NSW will need to fill out a border declaration form before gaining access to Queensland.

Victoria, meanwhile, is asking travellers from the area to self-isolate, and has implemented a 'traffic light' style system around allowing travellers in (see below).

It has also deployed a hard border between NSW and Victoria, with 700 Victorian police deployed to create checkpoints on major arterial roads.

People who live in border towns may cross through the border by using their driver's licence rather than a permit.

"Anyone who was in the Northern Beaches region or other NSW exposure sites on or since Fri 11 Dec 2020 and arrives in Vic after midnight Thurs 17 Dec 2020, must get tested & quarantine in their home or accommodation for 14 days from the date they left the Northern Beaches," tweeted Victorian Health Minister Martin Foley.

Tasmania will deny travellers from the local government area of the Northern Beaches will not be allowed into the state.

Western Australia now requires all NSW residents to self-isolate for 14 days, not just residents from Sydney.

Can I drive my car during COVID-19?

Generally, driving your car is permitted in most circumstances in all states.

See below for state-by-state restrictions on when and where you can drive your car.

Travelling from NSW to Victoria has become more complex again, as Victorian authorities impose a three-tier system on travellers from NSW.

People from the Northern Beaches and Central Coast are considered in the 'red' zone and must go into quarantine.

Visitors who travel to Victoria from those areas have to complete 14 days of mandatory hotel quarantine.

Travellers from Sydney but not the Northern Beaches are considered to be in the 'orange' zone and must be tested upon arrival. They must remain isolated until the test returns a result.

Travellers from outside the Sydney metro area are considered to be in the 'green' zone and are free to travel.

The rule would suggest that anyone who flies out of Sydney would be at best considered 'orange', given that they need to transit through the city to get to the airport.

There is no restriction of distance for Victorians who want to travel for any purpose.

Is the NSW-Victoria border closed again?

The VIC-NSW border is technically open, though the above restrictions apply to travellers from Greater Sydney, Blue Mountains, Illawarra and the Central Coast.

Victoria Police has dispatched 700 officers to patrol borders and to erect checkpoints.

A lockdown currently applies for the Northern Beaches local government area, which is supposed to lift at midnight on Wednesday 23 December. However, this is unlikely to occur.

You must not be away from your place of residence or your temporary accommodation in the Northern Beaches unless you have a reasonable excuse.

Restrictions on numbers of people in private homes (10) and venues (return to 4m squared rule, 300 people) have been applied to Illawarra, Blue Mountains, Central Coast and Great Sydney residents.

MORE What will commuting look like moving out of COVID-19 restrictions?

Anyone who has been in the Greater Sydney, Central Coast or Wollongong areas from 21 December 2020 are required to quarantine for 14 days from when they left the area and should get tested.

Canberrans are advised not to travel to Greater Sydney, Central Coast or Wollongong areas until further notice.

People within ACT can travel freely for the purposes of recreation and holiday.

Travel between Queensland and NSW for Christmas has been restricted, with the state imposing new travel restrictions on anyone who has been in the Northern Beaches of Sydney will be going into hotel quarantine at their own cost.

The restrictions mean anyone that is travelling to Queensland from 1am Saturday 19 December who has been in a hot spot will be turned back at the border.

An exemption can be applied for, but if approved, travellers will need to quarantine in a hotel at their own expense.

People from other parts of NSW will need to fill out a border declaration form before gaining access to Queensland.

Queensland residents who return home between 1am AEST Monday 21 December and 1am AEST Tuesday 22 December, and who have been in Greater Sydney on or since 11 December, will be allowed to enter by road and complete quarantine at their home.

Most people can travel freely to Queensland unless they have been in a COVID-19 hotspot, or in any part of New South Wales.

All road border checkpoints have been removed so motorists can travel freely across state borders.

However, police officers will continue to conduct random interceptions along the Queensland state road borders.

Travel within the state of Queensland is unrestricted for recreational purposes.

The NT was one of the first territories to impose travel restrictions.

Travellers from coronavirus hotspots are being advised to cancel their travel plans, and if they have already arrived, they'll be subjected to 14 days quarantine at their own $2500 expense.

Northern Territory was one of the first states to allow New Zealand residents to enter without needing to quarantine.

Western Australia now requires all NSW residents to self-isolate for 14 days, not just residents from Sydney.

The WA government defines South Australia as a medium-risk environment and will not accept travellers from that state unless they fit certain criteria.

Travel within Western Australia is unrestricted, with people currently encouraged to 'Wander out Yonder' to regional communities and help the economy.

Any traveller who has been in the Northern Beaches local government area will not be permitted to enter South Australia. Arrivals from Greater Sydney will be placed in hotel quarantine.

All travellers coming to South Australia are also required to complete a Cross-Border Travel Registration.

Tasmania will deny travellers from the local government area of the Northern Beaches in Sydney will not be allowed into the state.

All Sydneysiders travelling to Tasmania - not just from the affected areas - will be required to quarantine for two weeks.

People travelling from Queensland, the Australian Capital Territory, Western Australia and the Northern Territory who have not spent time in an affected region or premises in the 14 days prior to their arrival in Tasmania will not be required to quarantine on arrival.