The best and worst tyre choices for your car

An exhaustive torture test of nine tyres finds a stand-out performer, and highlights the one tyre you should avoid at all costs.

Everybody has to drive in the rain at some point, and it can be a white-knuckle ride if conditions are really bad. But we’ll bet you had no idea just how risky it can be to venture out in the wet, especially on old tyres.

Wheels magazine recently tested nine new tyres to find out which is best, and in the process turned up some eye-opening numbers about the dangers of worn tyres. 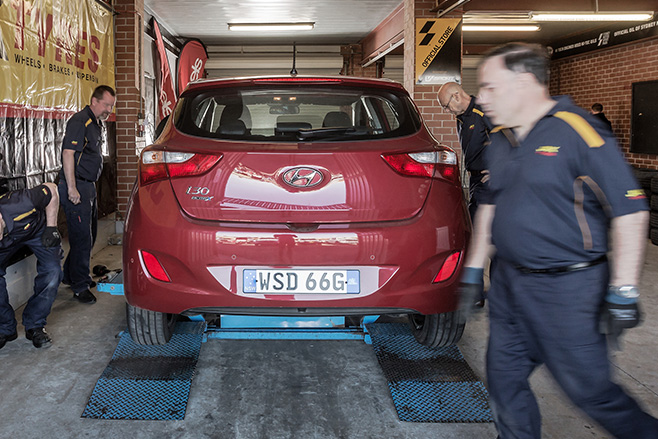 The tyres tested ranged in price from $89 to $228 each. They were put through the ringer over two days and eight tests covering grip and handling ability on wet and dry surfaces. Perhaps unsurprisingly, the most expensive tyre was the best.

Good rubber is important, so opting for the cheapest tyre that suits your car isn’t always the wise approach. The best tyre is the one with the least compromise. All-‘round ability is the key. In the cornering tests, three tyres gripped better in the wet than they did in the dry. But not when stopping. 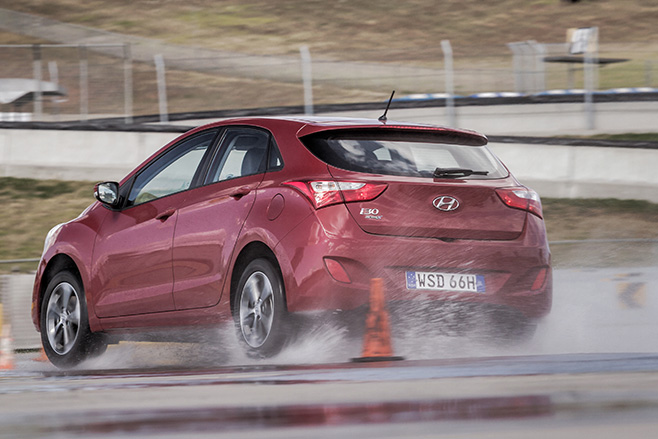 Wheels thought that what was most important to drivers was not how hard a car cornered, but how well a car stopped. And in particular, how much longer it took a car to stop when the road was wet, compared with when it was dry.

Every one of the nine tyres took longer to stop in the wet than in the dry. On average, 2.1 metres longer – in a stop from 80km/h. 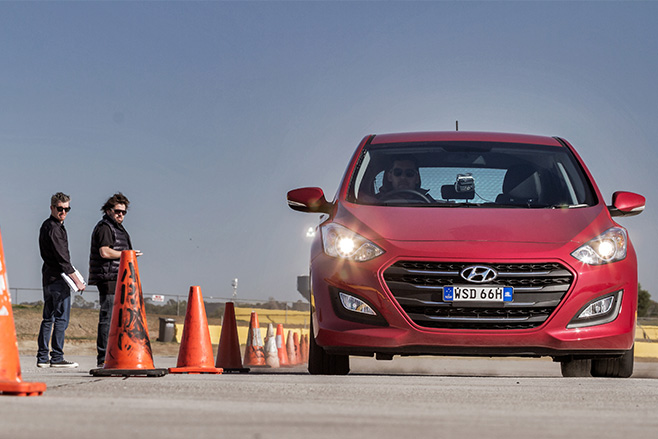 That’s an extra stopping distance equivalent to about half the length of the Hyundai i30 test car.

Not a huge bombshell. It should be well known that stopping distances blow out when pulling up in the rain. But if brand new tyres are influenced that much by a bit of wet weather, how much more are your old tyres putting you at risk? 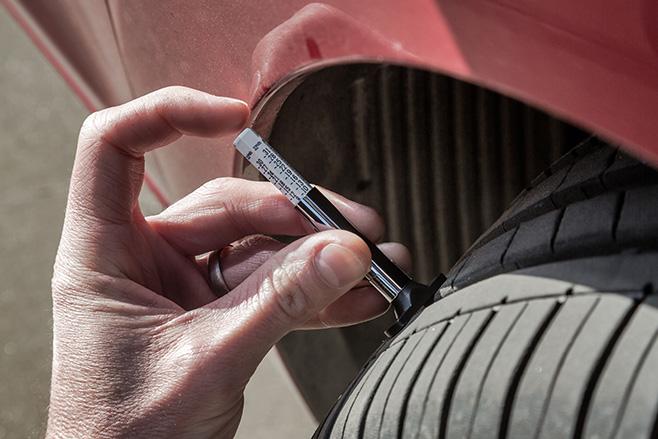 To find out, the testers fitted a set of tyres whose tread had worn down to just 2mm deep. That’s about enough tread to hide a matchhead – used, but it still looks like tread, and it’s legal. (Tread depth of 1.5mm is enough for roadworthiness.)

On a dry road, the worn tyres felt great – and they actually were. Especially in corners, where they gripped better than most of the new tyres. 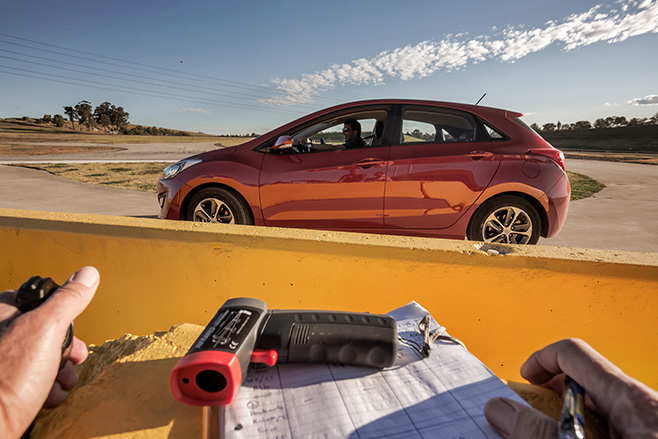 In the wet, around a corner, they weren’t great but they still weren’t bad. They had about 7 per cent less grip than the best of the new tyres, still just as good as the worst of them.

However, when braking in the wet the worn tyres were disastrous. From 80km/h, they took 11 metres longer to stop than the best of the new tyres.

That’s about an extra three car lengths, or a stopping distance 43 per cent longer than the best new tyre managed. 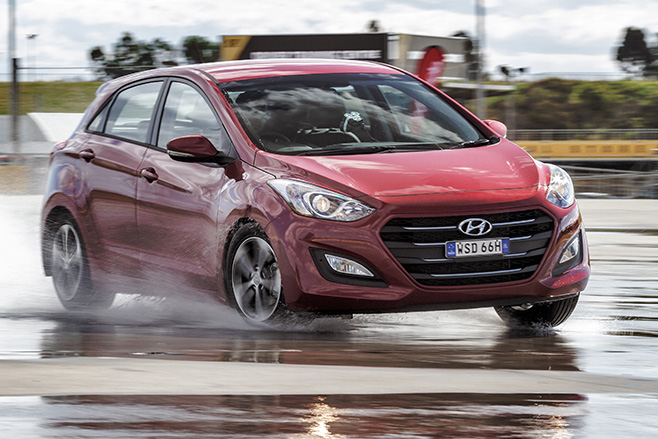 Even compared with the average of all the new tyres, the worn tyres took nearly nine metres longer to stop in the wet.

“Experience suggested that worn tyres lost a lot of performance compared with when they were new, but the magnitude of the increase in wet stopping distance still shocked me,” said Wheels journalist and Tyre Test data analyst James Whitbourn.

What makes this worse is that – remember – on a dry road, the worn tyres had felt great in corners. So if you were driving on them, you would not realise you were in trouble until it rained and you had to stop in a hurry.

And that’s the tip: if you want to be safe in the wet, start looking for new tyres – just about any new tyres – long before you run out of tread. The tyre you shouldn’t trust is the tyre that’s nearly worn out.

AND THE WINNER WAS …

When you are looking for new tyres, which should you get? Wheels rated the Yokahama Advan Sport V105 ($228) the overall winner. It performed very well in each of the eight tests (four dry, three wet and a noise test), and it was that across the board performance that earned it overall top honours. 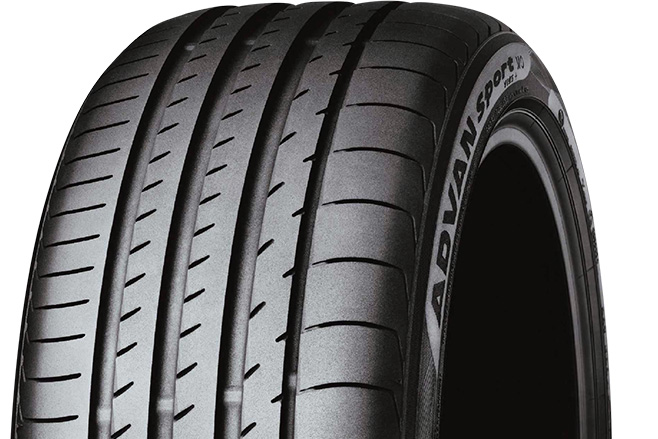 There were some good – and great – choices among the other tyres tested.

Among other tyres evaluated were the Goodyear EfficientGrip Performance ($189) and the Roadstone N Blue ECO ($111). In every test but wet braking, performance fell less than 10 per cent from the best tyre to the worst.

In last place overall was the cheapest tyre – the Momo M3 ($89). It was also the worst in wet braking, taking about 3.5 metres longer to stop than the winner.

But in the wet, even the Momos stopped about 8 metres shorter than the worn tyres.

Which means it’s likely safer to pay less for your tyres but replace them early, than to pay more for the tyres but wear each set out.

You can read the complete test – including the test methods and results for each category –in the November edition of Wheels magazine (out now in print, iPad and Android device form) and at wheelsmag.com.au.