These are three of the finest large SUVs vying for you and your tribe’s attention. Which emerges as the class of the field?

FOR those with a tribe to transport, the large seven-seat SUV is the must-have alternative to the maligned people-mover.

Australians have an insatiable appetite for high-riding soft-roaders, and are spoilt for choice in our crowded market.

Thankfully, Mazda, Skoda, and Peugeot are here to offer their own take on the genre to keep Aussie customers happy.

The Peugeot is the fresh-faced underdog in this comparison, with the CX-9 a favourite of the WhichCar team (having won the 2017 Wheels Car of the Year award), and the Skoda Kodiaq narrowly losing out to the Volvo XC60 at this year’s Wheels COTY. 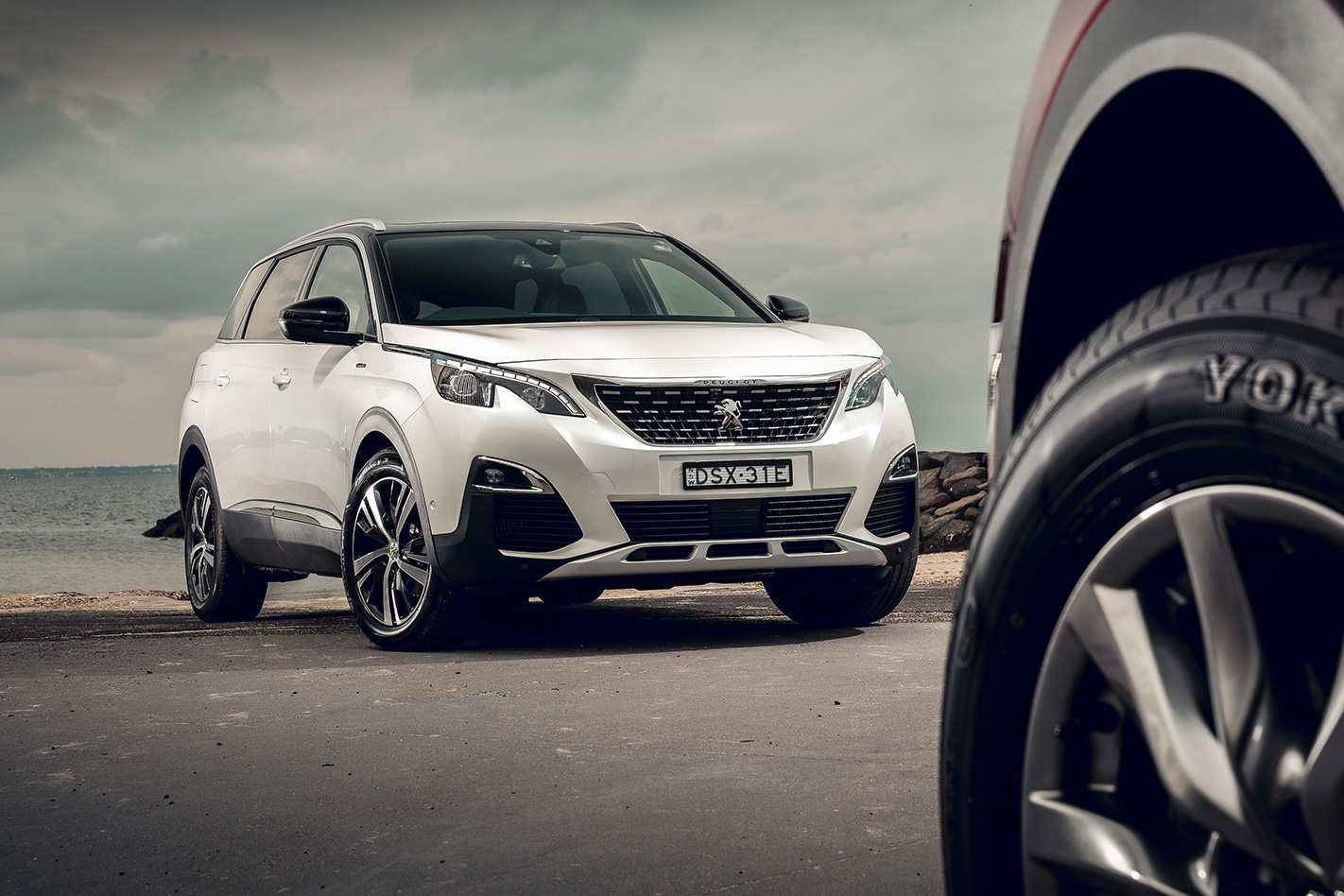 Before we delve into how each car performs, we need to mention that while these competitors are all classed as large SUVs, and have seven seats, there is a decent difference in size. The Mazda is significantly larger than its rivals here, while the Peugeot feels a half-size smaller than the Kodiaq.

Along with being the largest, the CX-9 Touring is also the most expensive of the trio, with a sticker price of $50,290 for the front-drive variant we tested.

Meanwhile, the Peugeot costs $46,990 in standard GT-Line trim, while our test vehicle was fitted with a few pricey options including massaging Nappa leather front seats and a vast panoramic glass roof, blowing the price out to $53,740. Both of these options do little to add to the 5008’s appeal, so don’t let that conspicuous as-tested price sway you.

However, it doesn’t hold a candle to the bargain price of the Skoda, which will set you back $42,990, with our test vehicle’s only option being metallic paint, making it the cheapest of the trio.

You get a heap of metal for your cash with all three vehicles, and as much as we love a good wagon, it’s impossible to find any at this price point with such versatility. 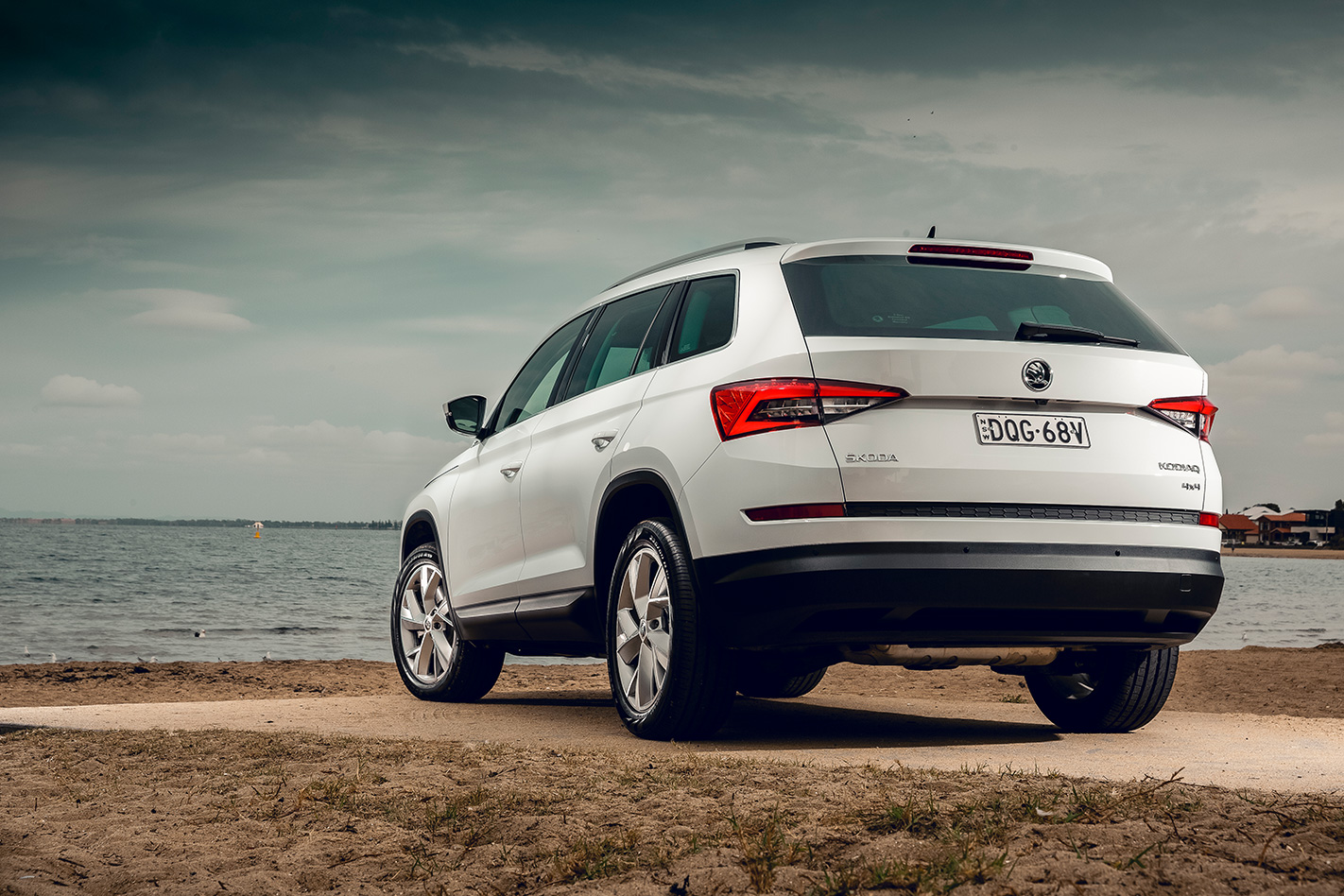 Of the trio, the 5008 has the most premium feel, with a design-led appeal which catches the eye outside, and pleases inside. Within the cabin there that upmarket Nappa leather seat with a massage function for the driver, the dash is trimmed with a fabric which is both stylish and tactile, and the switchgear appears to be lifted from the cabin of Lamborghini’s latest creation.

The Mazda is a familiar sight on Australian roads, but still has a self-confident and handsome profile, with that signature undershot front end. Inside it’s all about practicality. There are physical dials for the infotainment and climate change, while there are multiple cup-holders and charging points for the second row.

Where the Mazda falls short is the lack of digital speedo and adaptive cruise control. It could seem like a small omission, but it shows the age of the CX-9 against its competitors and makes a big difference in convenience and comfort for long drives. 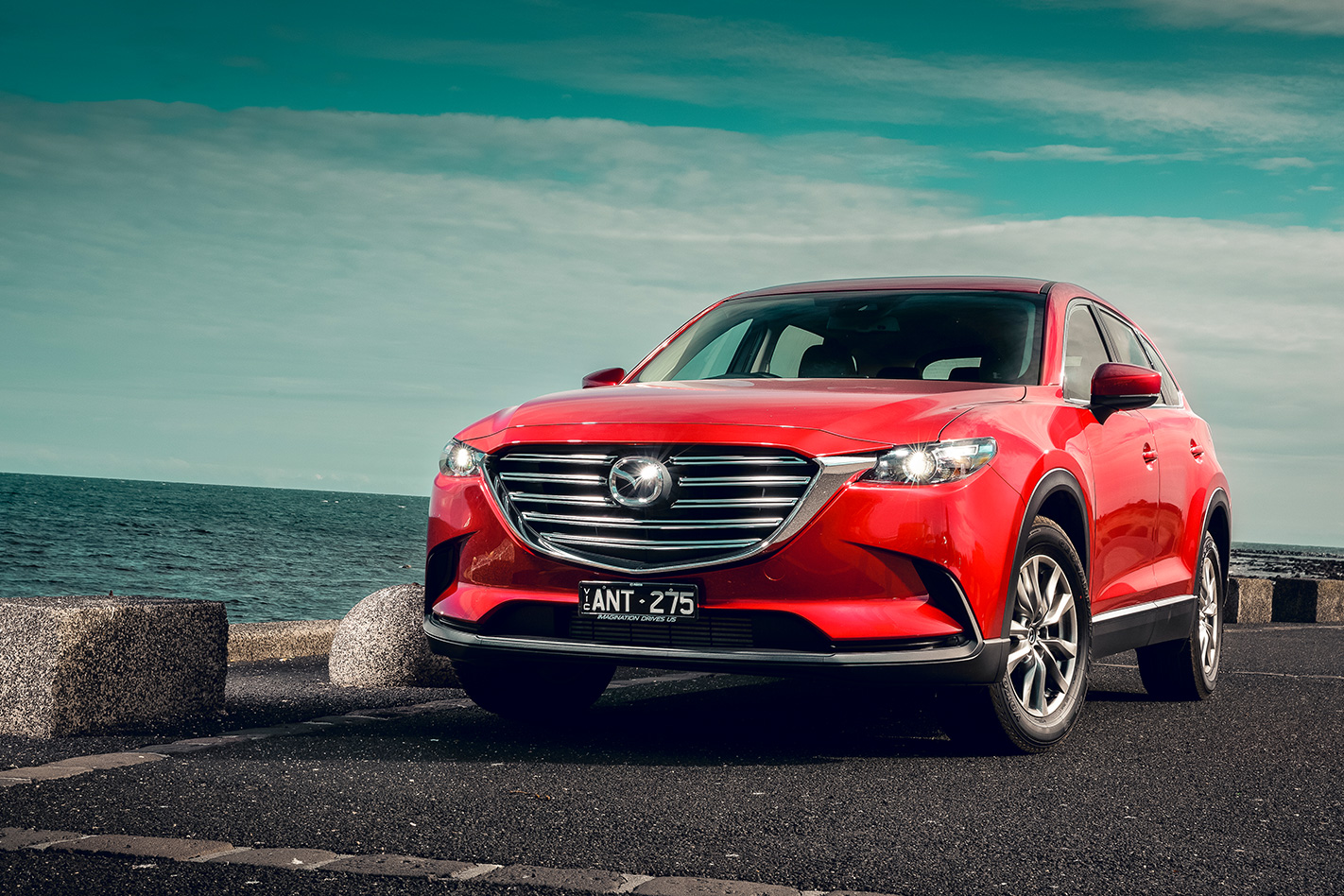 The CX-9 is also the only car of the trio with top tethers in the third-row, a potential make-or-break feature for those looking to transport young ones.

The Skoda’s interior is a masterclass in ‘surprise and delight’ design, with multiple small features adding up to something greater than the sum of their parts. Hidden umbrellas, automatic door protectors, phone and tablet holders in the second row, and a pair of inbuilt picnic rugs are proof the Czech company has thought about the Kodiaq with almost Scandanavian levels of practicality. The faux-suede trimming on the seats is also a nice touch.

Despite its considerable heft, (it’s 368kg heavier than the Peugeot), the CX-9 is comfortably the quickest of the trio thanks to a 170kW/420Nm 2.5-litre turbocharged four-cylinder petrol engine. While performance ability isn’t always high on the priorities list for large SUV buyers, this power advantage makes life easier behind the wheel of the Mazda, where it gets off the line with ease, and can make the all the difference when overtaking on rural roads. 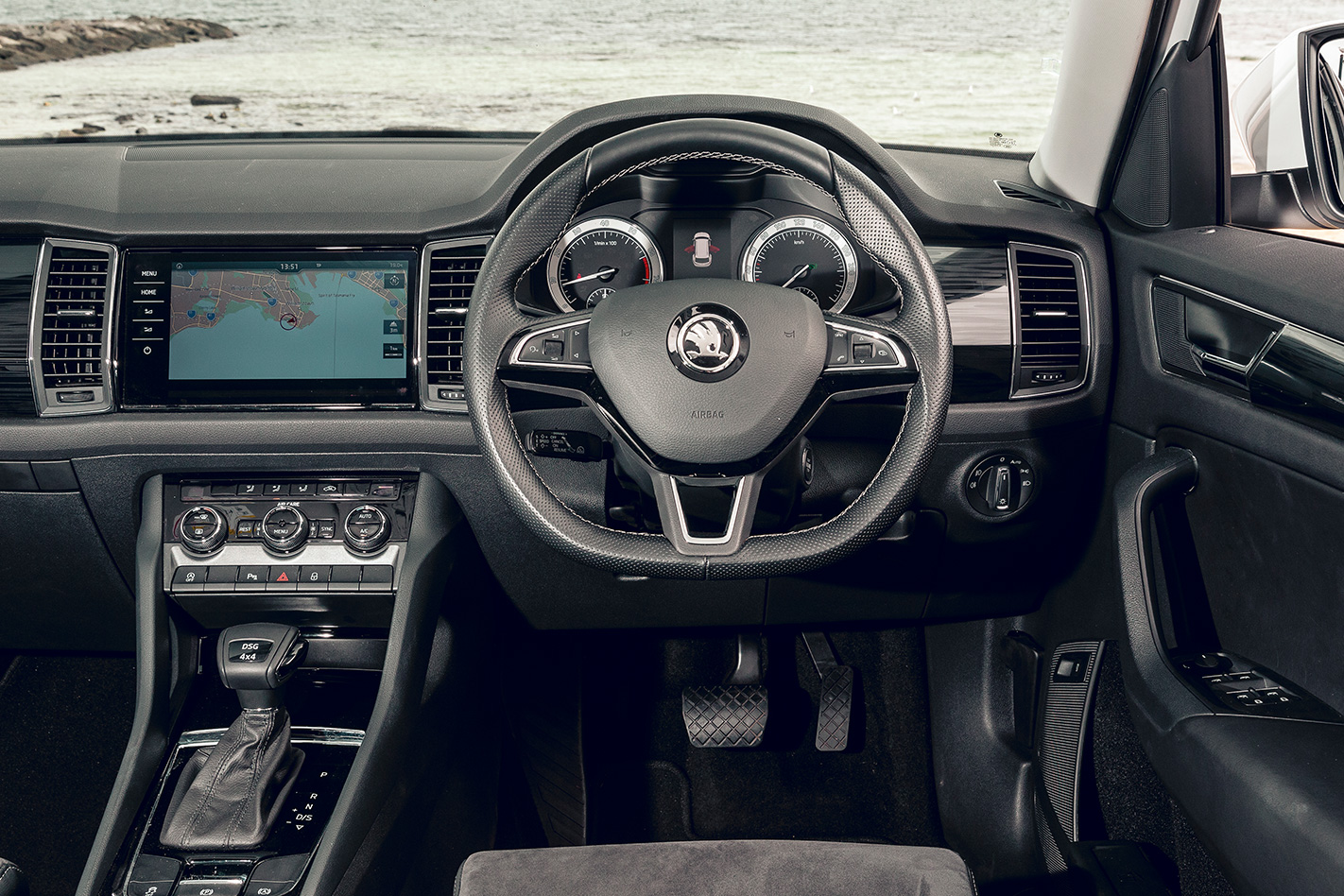 If you want a diesel CX-9, you’re out of luck, but Mazda has a Plan B. Later this year, the slope-backed CX-8 is scheduled to arrive Down Under.

The ample torque output in the Mazda means that it always feels unhurried. What are often full-throttle scenarios in the Peugeot are just gentle flexes of your ankle in the refined Japanese car.

If dirt-road confidence is a must-have, the Skoda holds an advantage over its opponents, being the only car with all-wheel drive. The 5008 is front-drive only, while Mazda will sell you an all-paw CX-9 Touring if you have the extra cash. 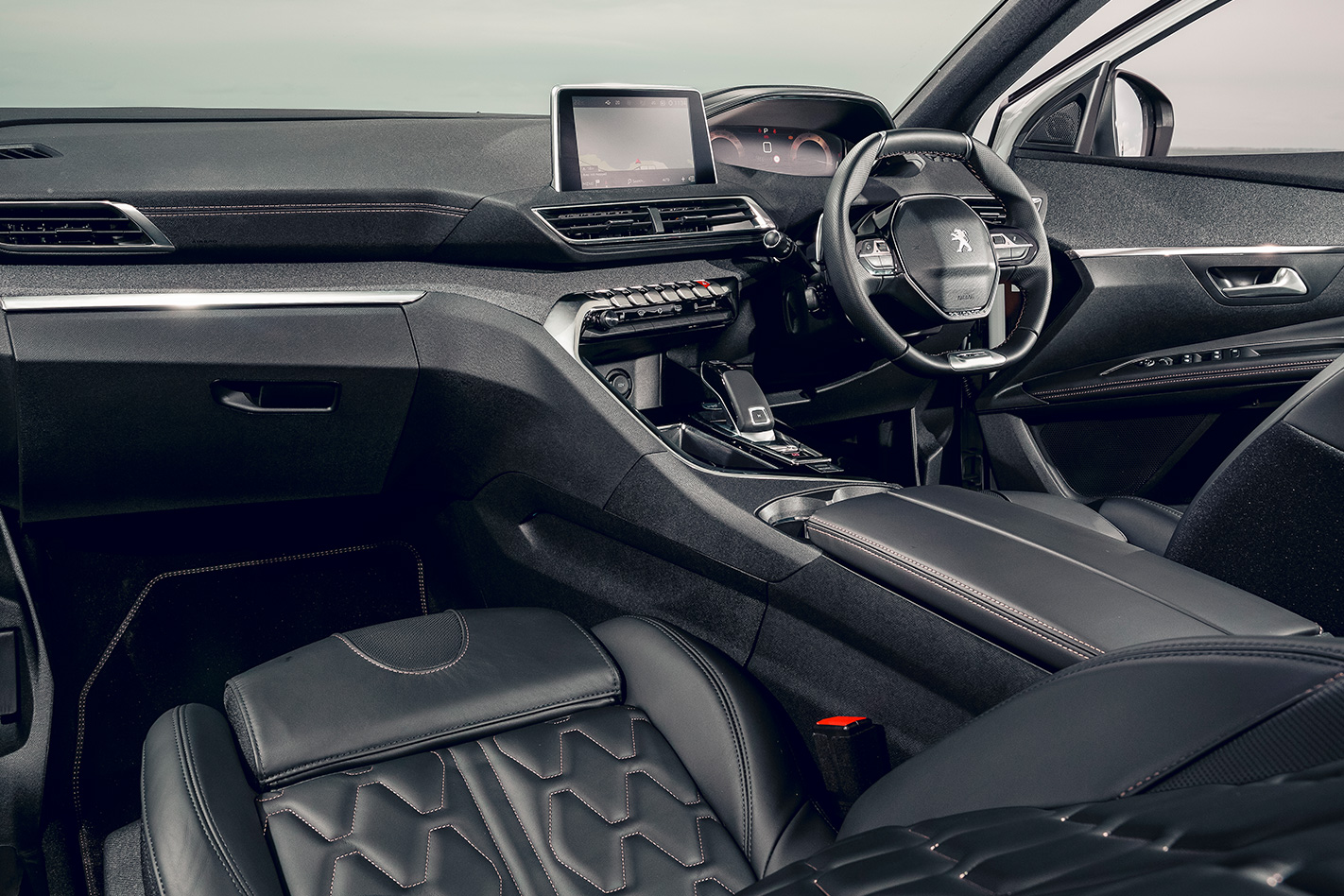 It’s the French 5008 which shines dynamically though. Of the three it’s the car which will please an enthusiast driver the most, with sharp turn-in, and corner carving ability which belies its size.

The Skoda is less confident in the bends, but won’t be left completely in the 5008’s dust. Its biggest downfall when driving is the way the DSG automatic gearbox hesitates at low speeds, which can become an irritant. The ride is typical of Volkswagen Group Product – that is firmish, but well controlled and rarely unsettled.

There’s no hiding the Mazda’s size on the road, and while it’s no corner carver, the CX-9 is a seriously good long-haul ride. It feels the most settled of the trio on craggy roads, and when combined with the hearty engine will soak up highway driving with ease. 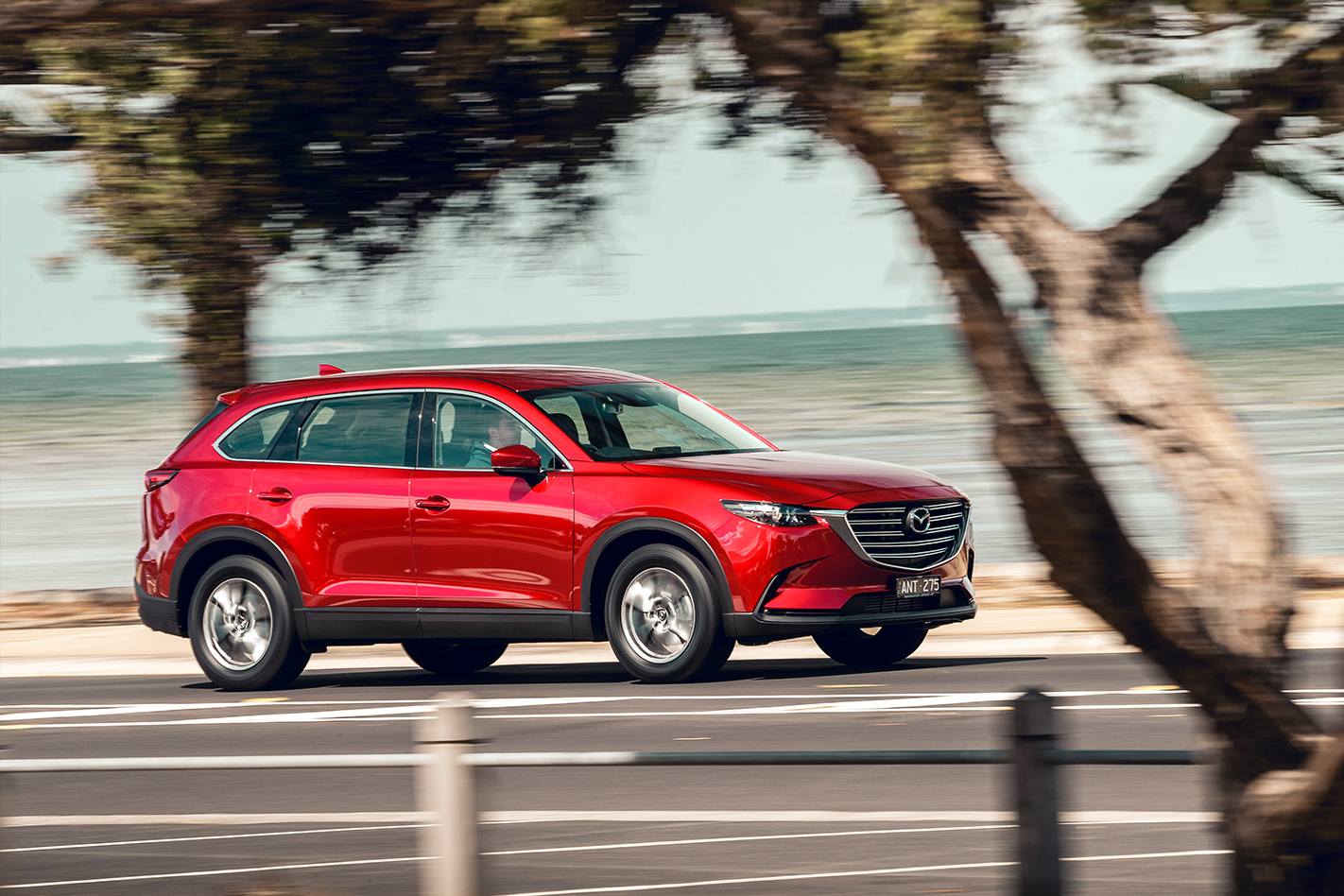 When it comes to seven-seat large SUVs, size is king, and it’s here the Mazda holds all the trump cards. The largest of this trio, the CX-9 has the longest overall length and wheelbase (5075mm/2930mm).

This flows through into the cabin, with rear passengers afforded the most room in the CX-9. The Skoda is comparable for passenger comfort, despite a 139mm shorter wheelbase. But second-row occupants in the Peugeot are dealt the worst hand, with the hard-backed front seats eating into rear leg room.

The Skoda provides a great alternative for owners wanting to get more dirt in their teeth, and escape the metro more often. The small features hidden throughout the Kodiaq’s cabin will keep a smile on any owners face for years to come. 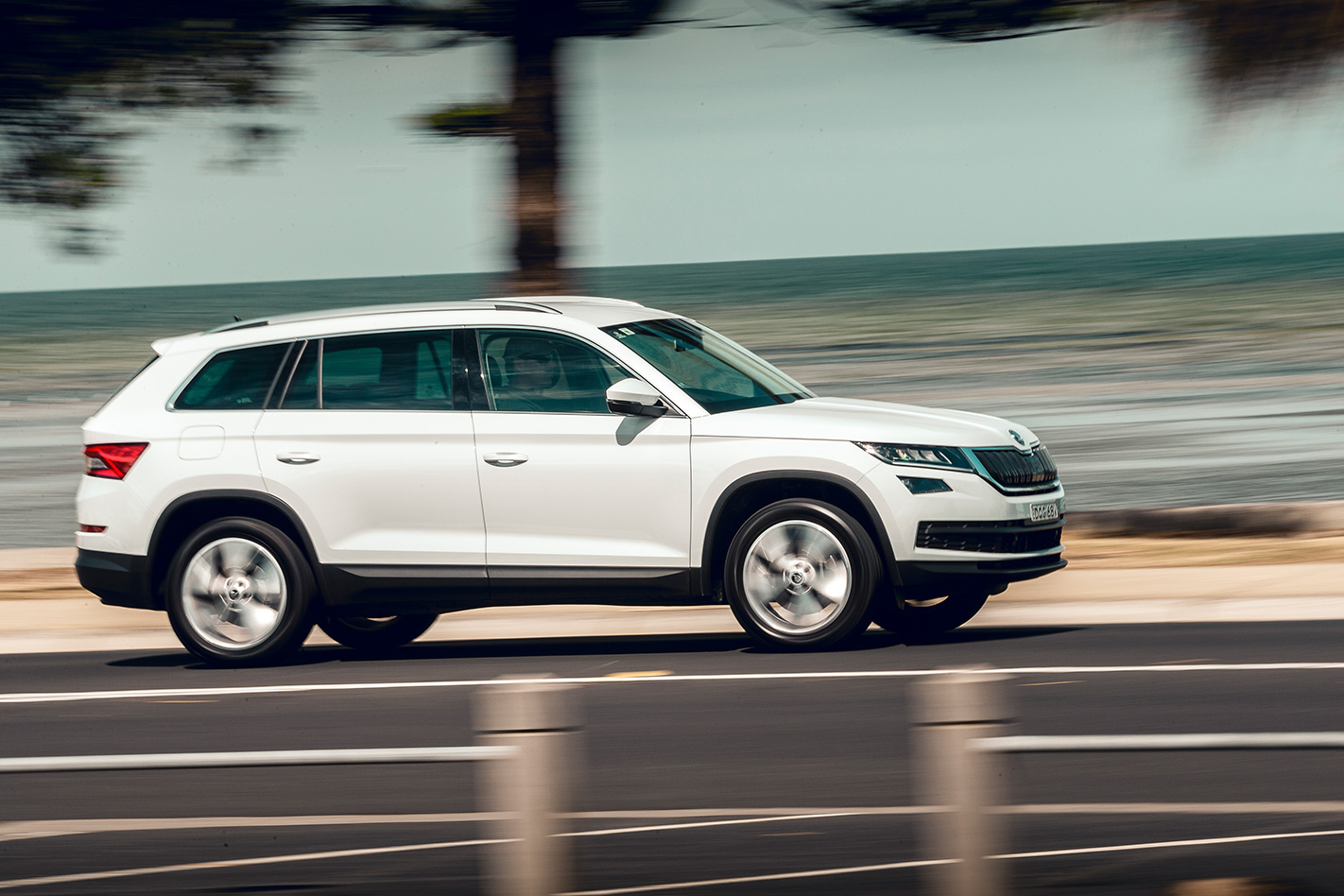 Though the Peugeot falls short of completely nailing the large SUV brief due to its compromised packaging, its relatively compact dimensions might actually bring it into favour with urbanites who occasionally need seven seats but don’t want to be piloting a lumbering behemoth through the city sprawl. For those weekends when you escape to emptier roads, it’ll put a smile on most faces.

At the end of the day, it’s the Mazda which continues to offer the best value to customers, with impressive interior room, ride comfort which seems custom made for long-haul Aussie roadtrips, and a punchy engine to make life easy. Wheels’ 2017 Car of the Year still has what it takes. 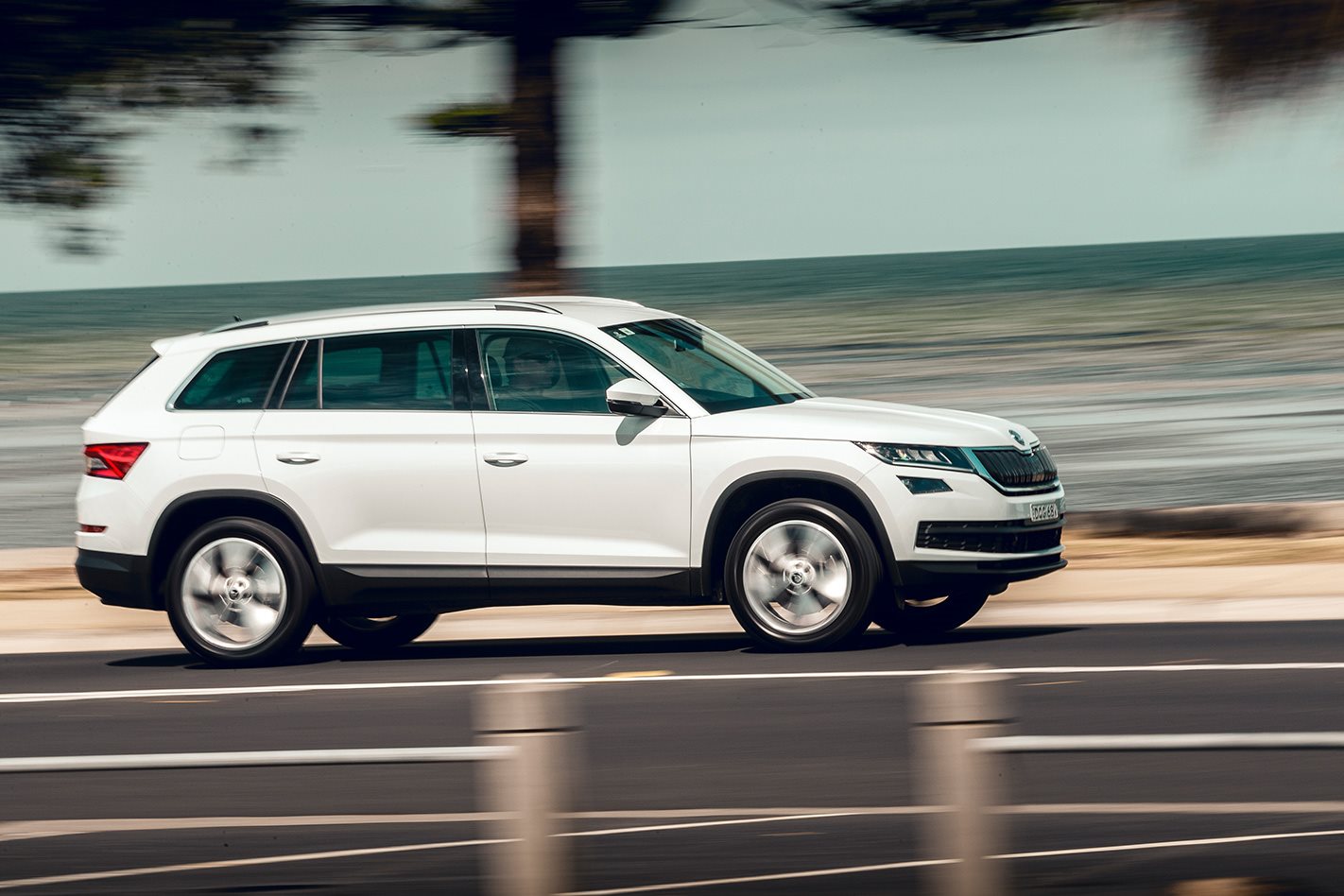 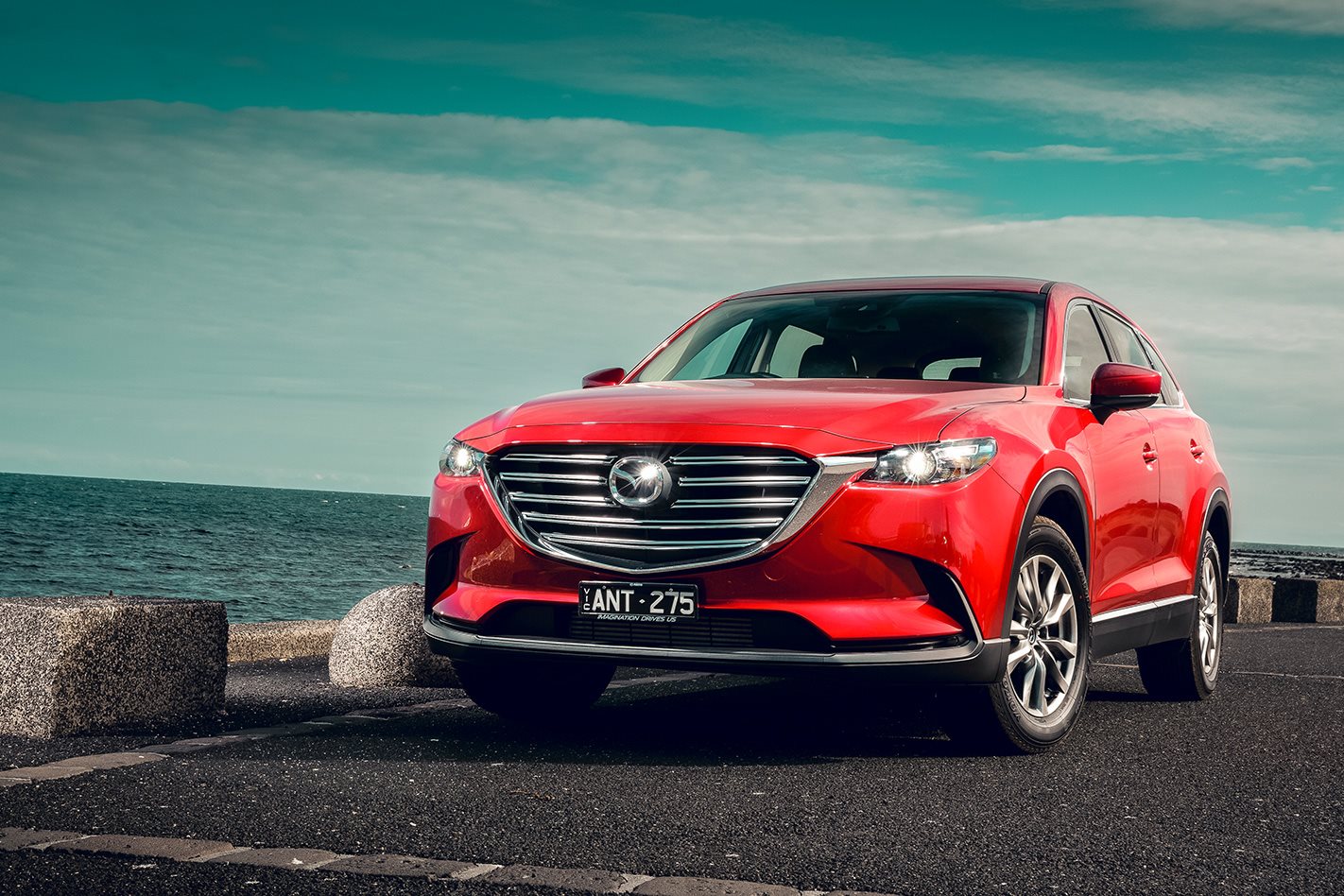 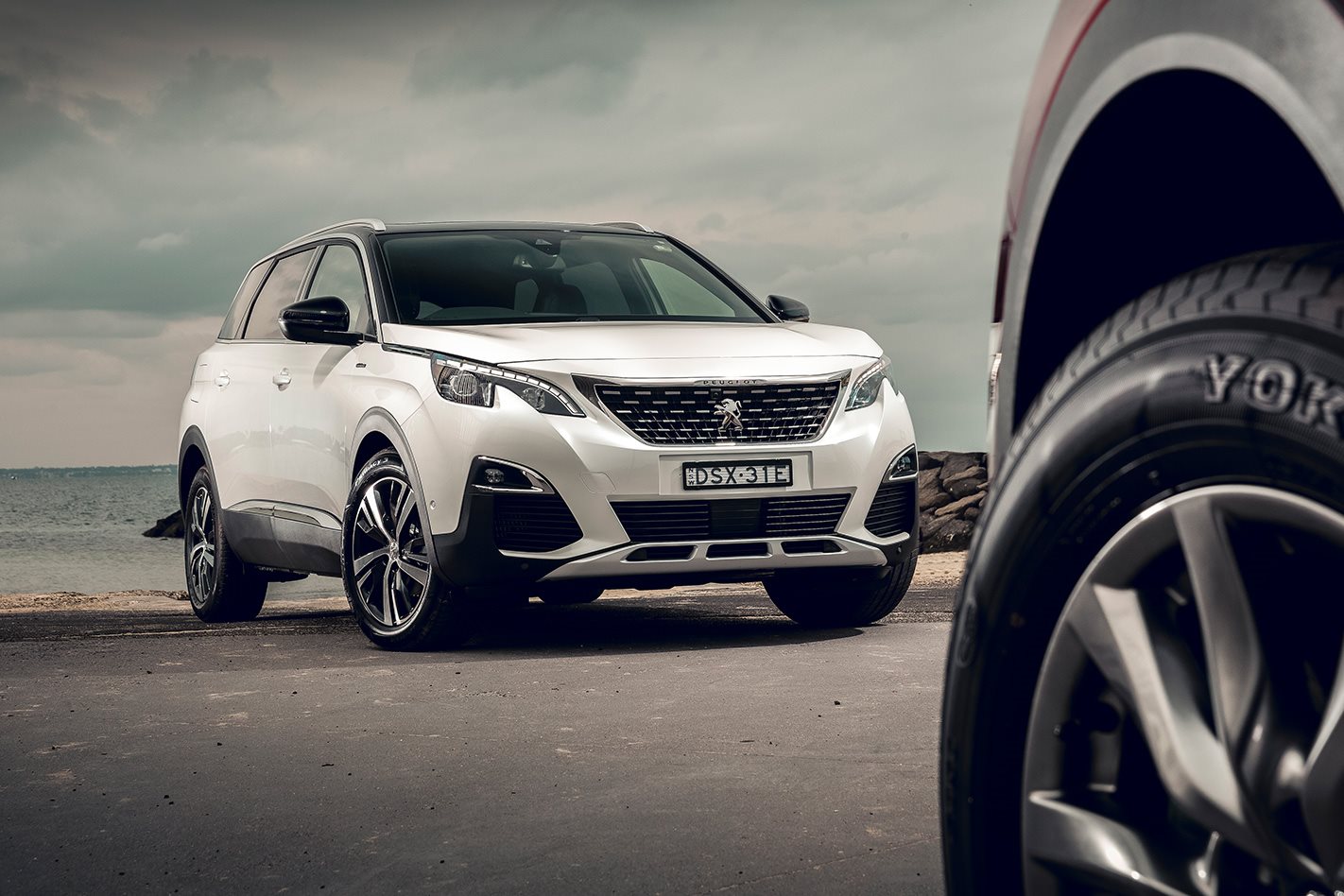 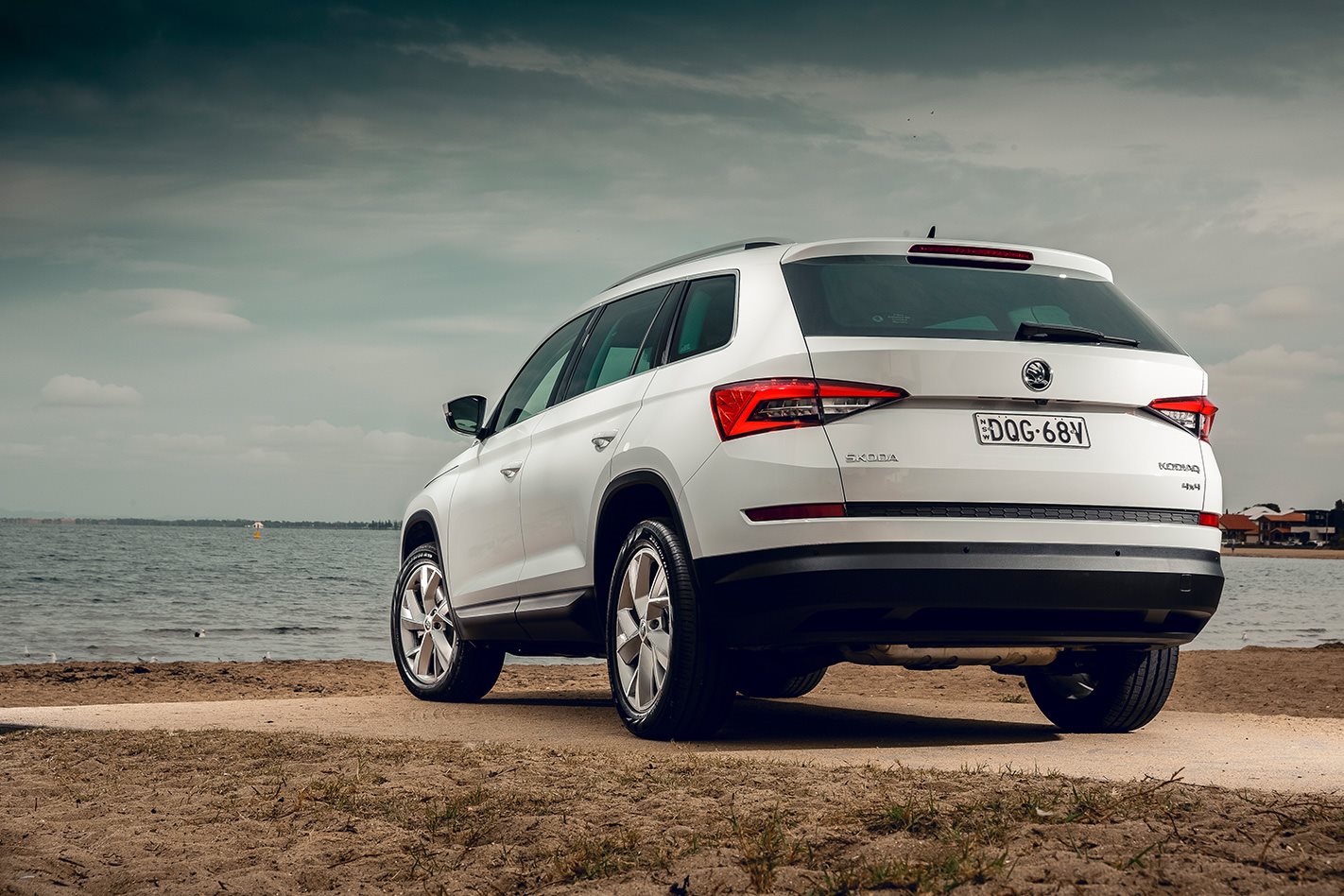 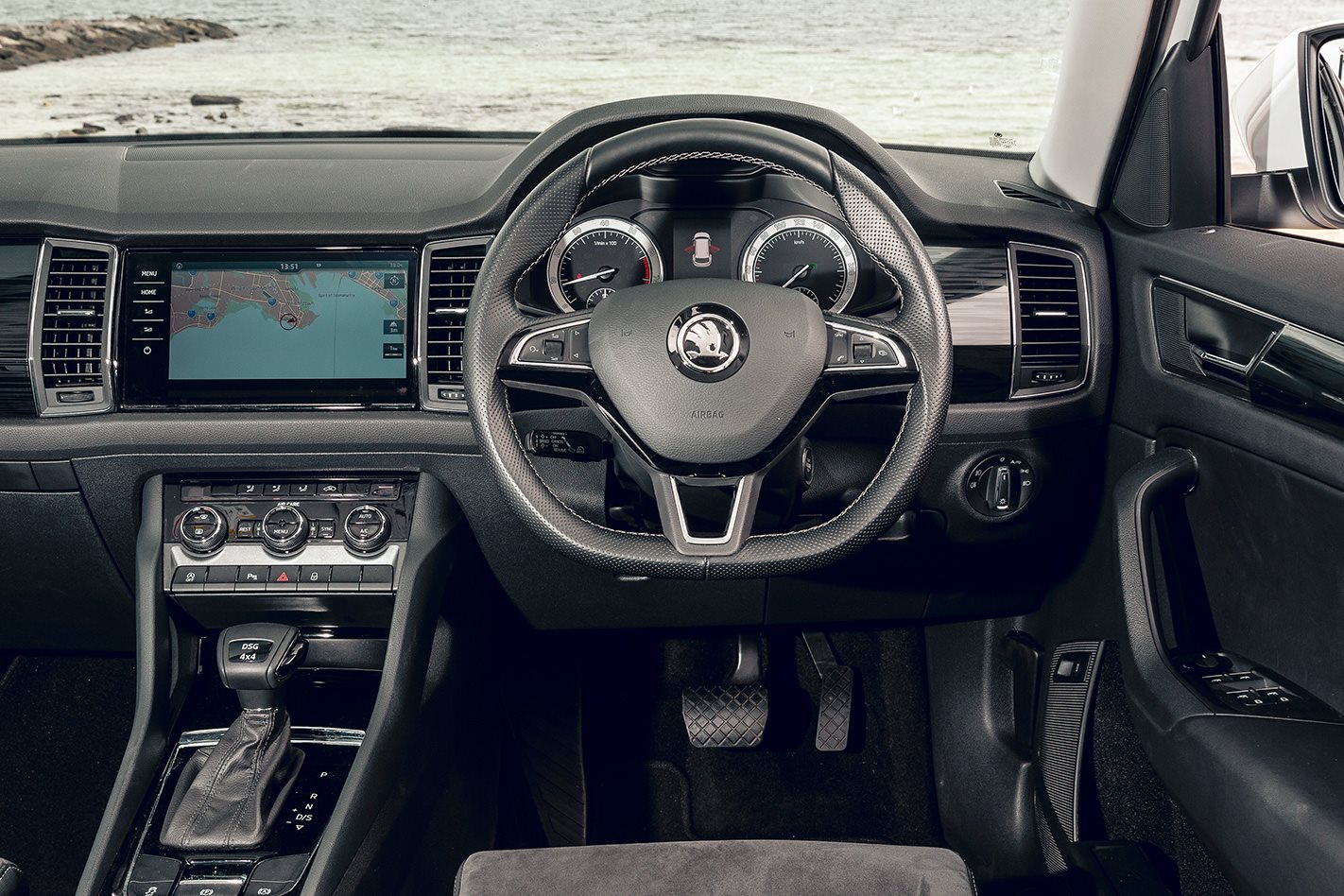 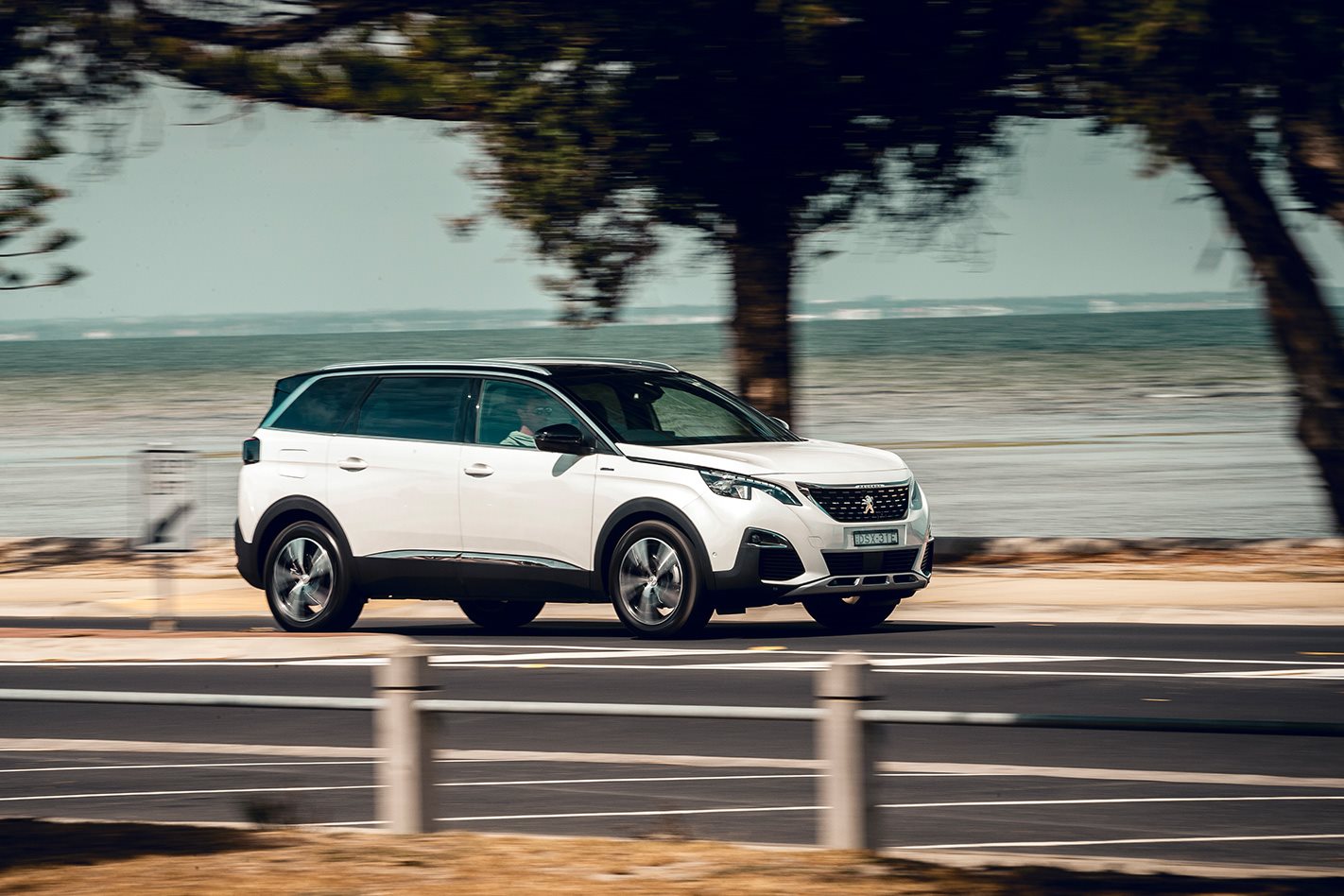 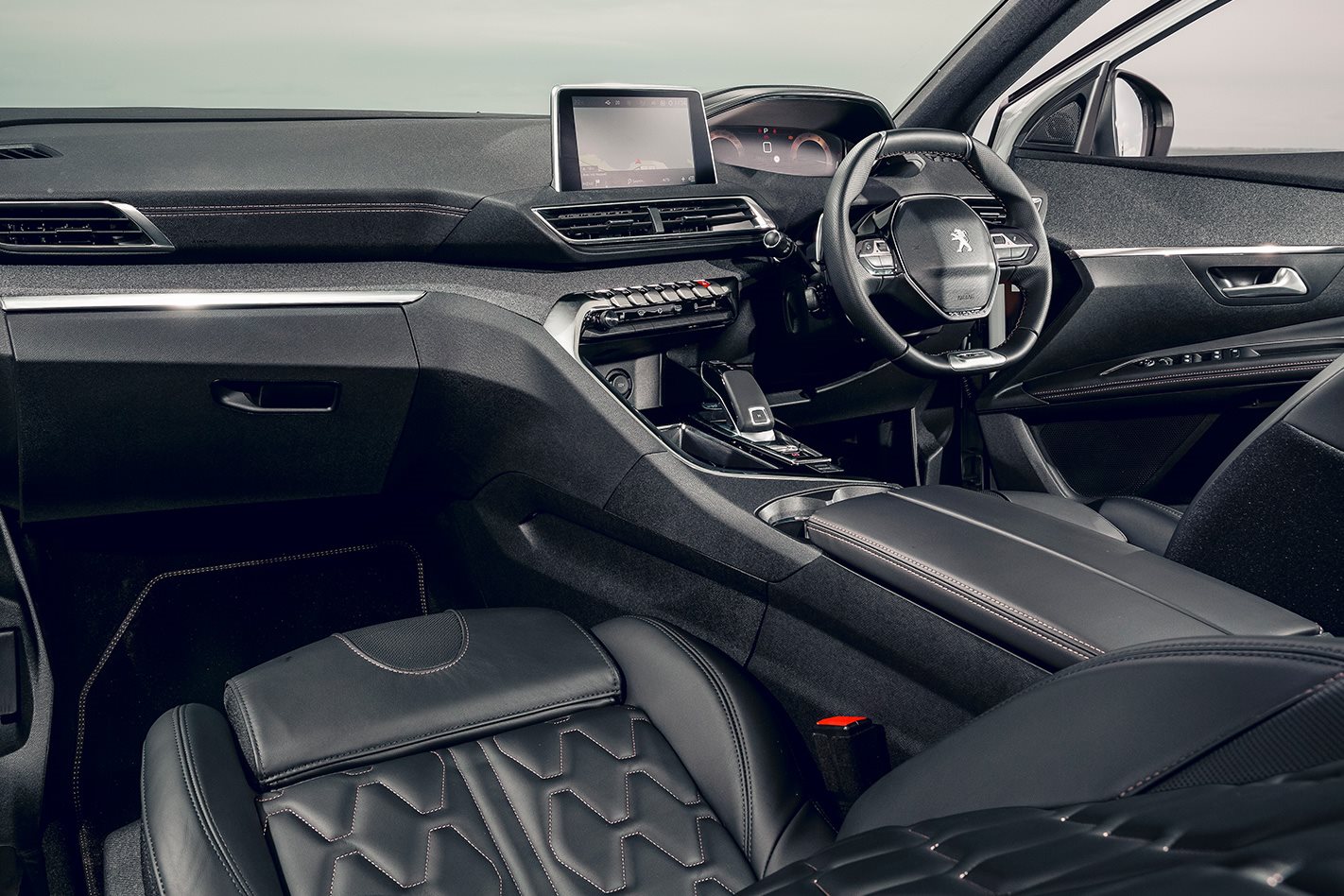 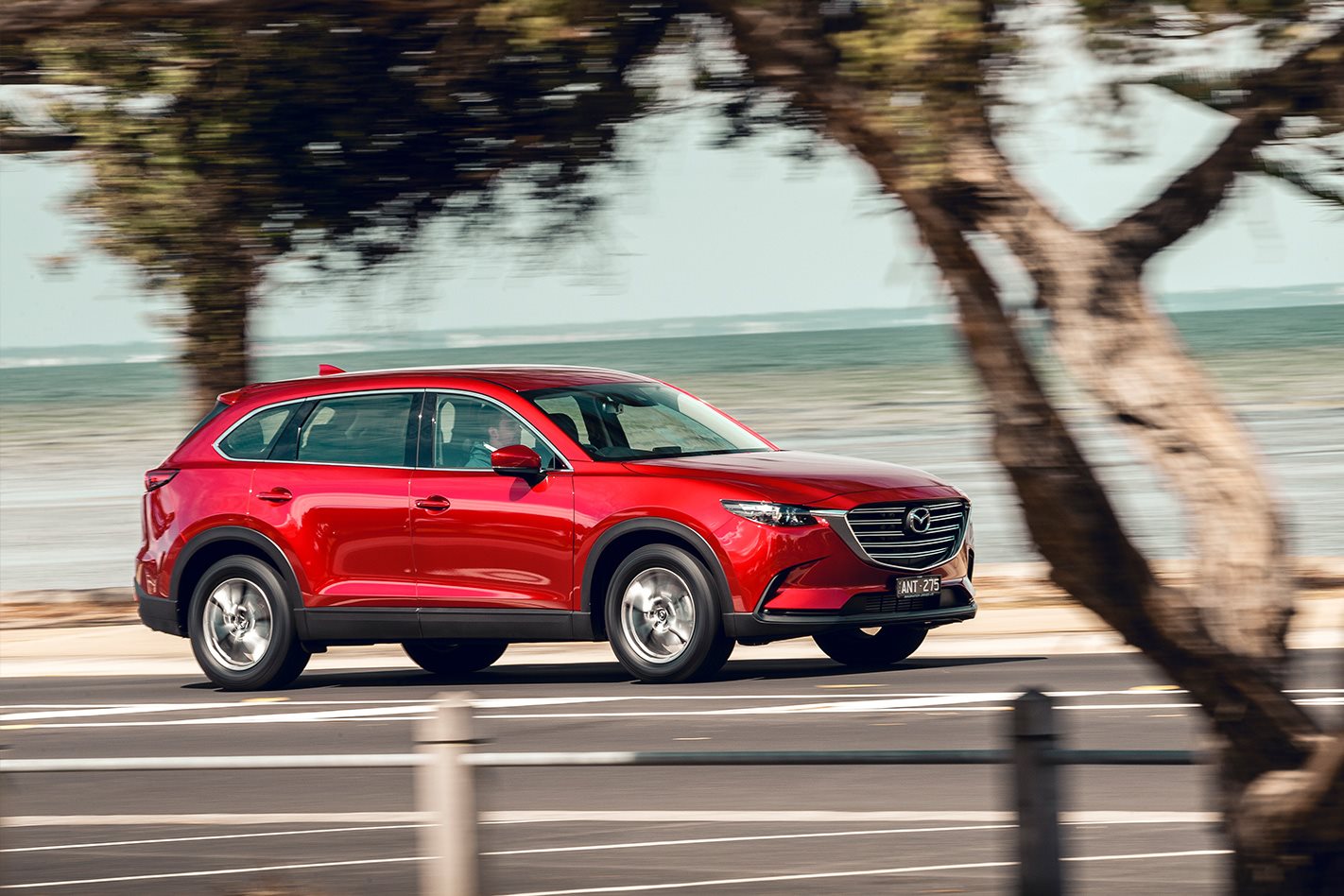 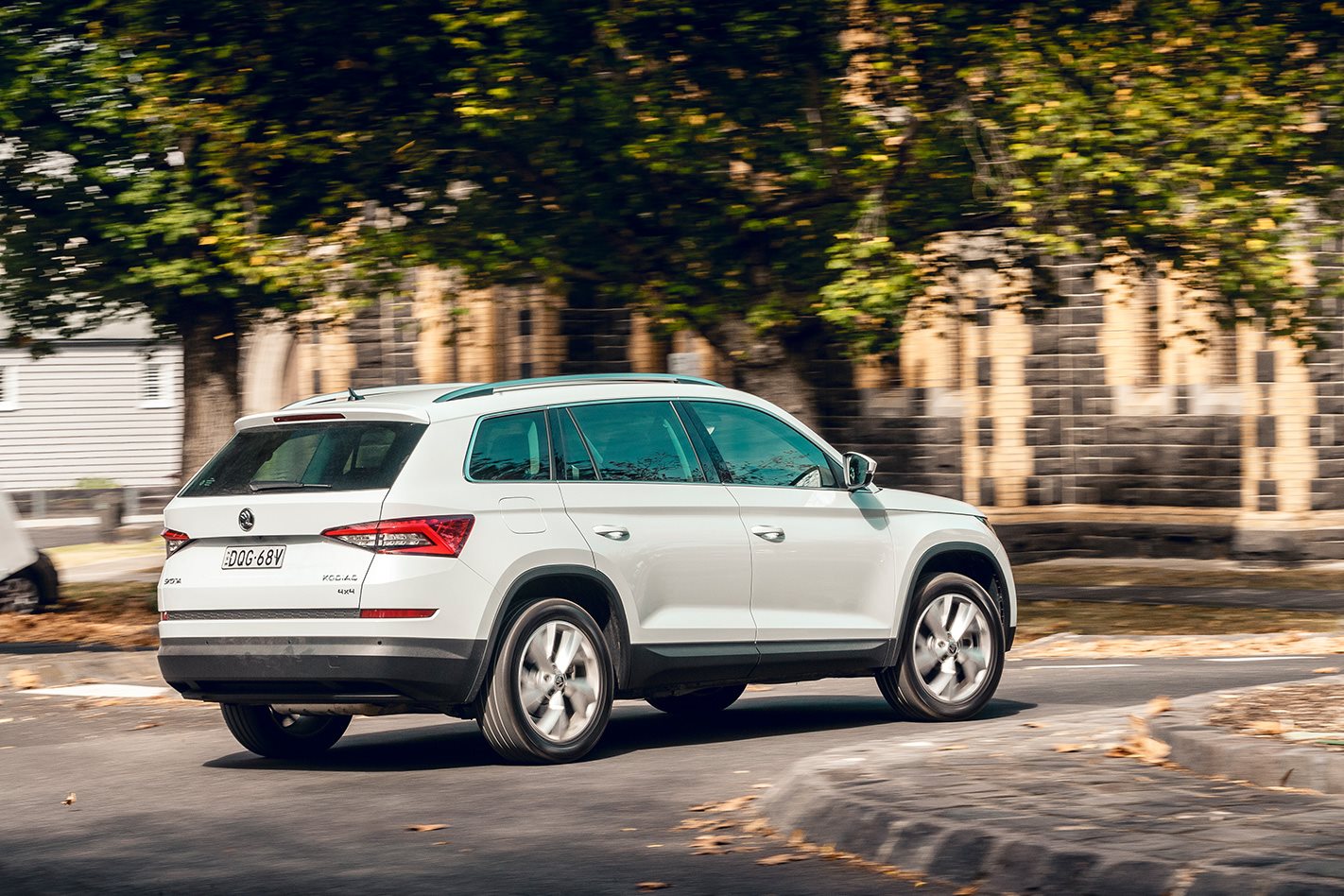 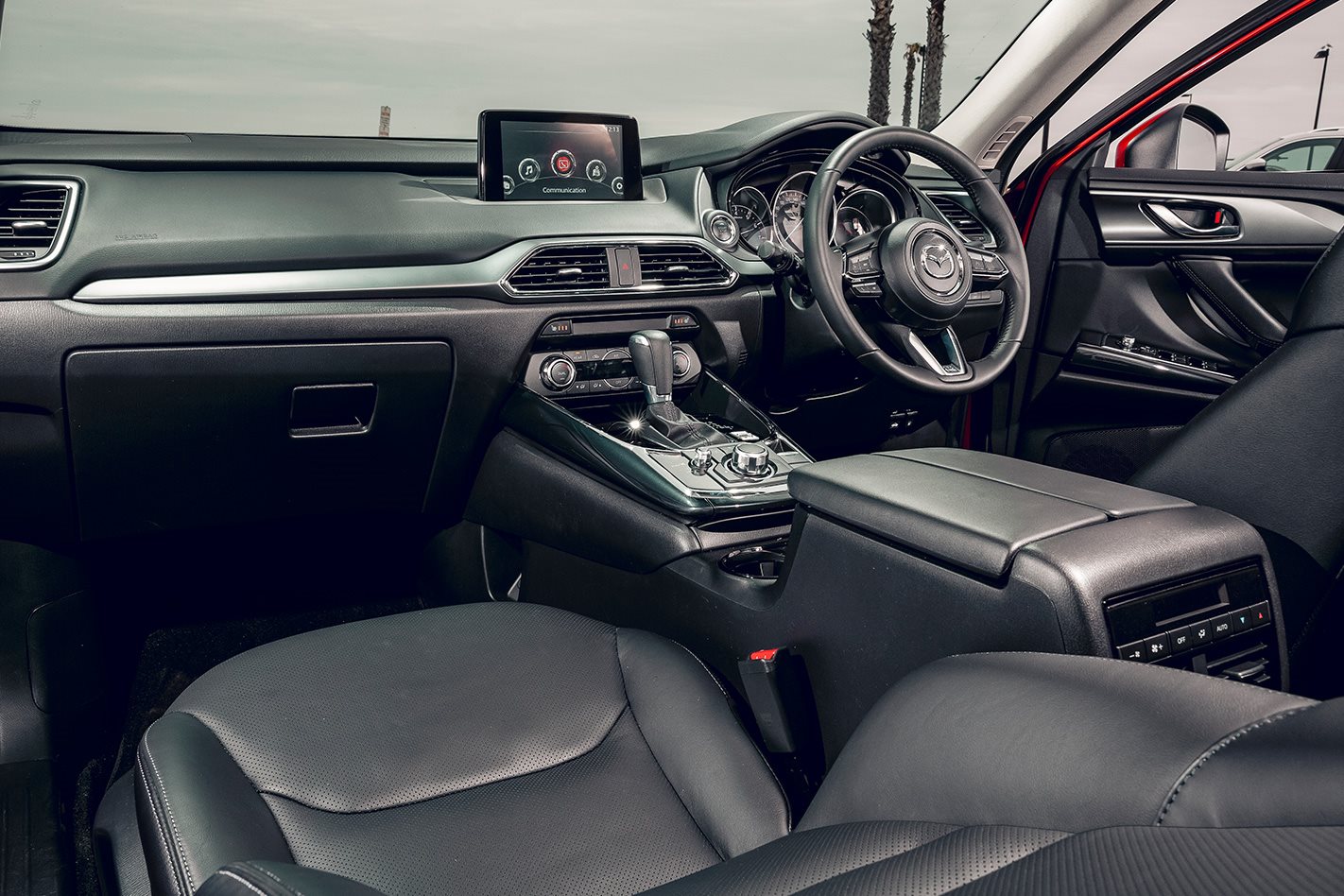