BMW has announced pricing for its incoming front-wheel-drive hot hatchback, the 128ti.

But while it’s aiming for a more traditional hot-hatch buyer than the range-topping M135i xDrive, thanks to a 180kW FWD layout, there's nothing familiar about its $56,900 price tag – at least among its rivals.

It will arrive early next year as one of the most expensive FWD hatches this side of the MINI JCW range, Renault Sport Megane Trophy, and contrast heavily against natural competition like a Ford Focus ST and Hyundai i30 N priced between $40K to $50K.

Volkswagen's incoming Golf GTI, perhaps its closest rival as a luxury hot hatch, should also undercut its price if the GTI picks up where the seventh-generation GTI Performance left off at $48,490.

At $56,900, the BMW 128ti represents almost a $10,000 increase on the base 118i, adding unique 18-inch wheels, synthetic leather seats, a leather steering wheel with unique stitching and velour floor mats on top of its mechanical upgrades listed below.

As well as offering leather or M sport seats, a de-badged exterior is available with any of the six paint finishes, five of them being metallic besides Alpine White, with the premium paints forming the basis of the options packages BMW offers here.

It stands for Turismo Internazionale, and dates back to the 1963 1800 Ti. More familiar to most, though, will be its presence on 3 Series models in the 1990s and 2000s. It is also used for a car that’s not necessarily the range-topper, but the sweet spot for keen drivers. 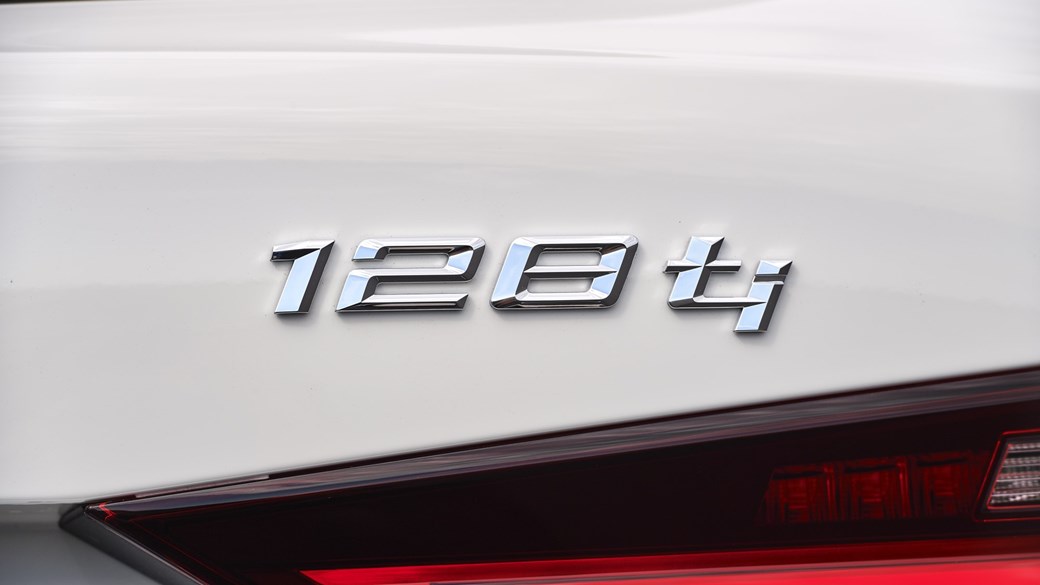 That certainly seems to be BMW’s aim with the 128ti, as next to the oddly anodyne (and four-wheel drive) M135i flagship, its specs make for unimpressive yet exciting reading.

The main advantage over the M135i is weight – the 128ti shaves 80kg off its sibling's kerb weight, improving performance and agility.

Under the bonnet, it’ll feature the same 2.0-litre four-cylinder engine as the MINI John Cooper Works – but here it’s fitted with a twin-scroll turbo.

In overseas markets, the 128ti will offer 194kW and 399Nm, but ours will be hobbled slightly, thanks to the addition of a petrol particulate filter.

Instead of all-wheel drive, the 128ti spins its front wheels only. Breaking with current BMW gospel didn’t extend to the gearbox, though – the only option is the eight-speed ZF you’ll find on the rest of the 1-series range.

That’s a shame, as the manual shift fitted to lowlier 1-series’ and on the MINI JCW is pretty sweet and precise. 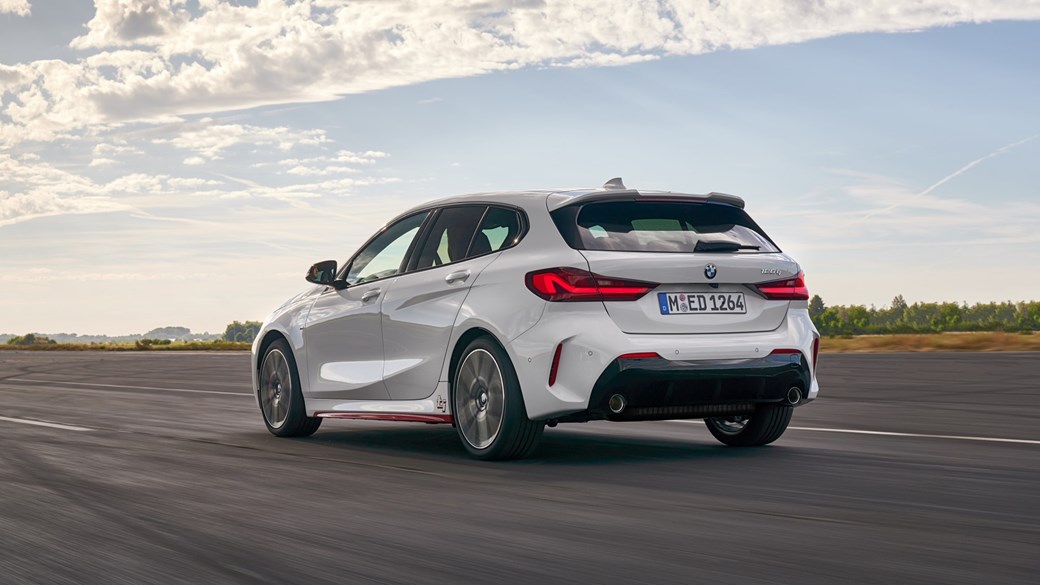 What’s BMW done to the chassis?

It’s fitted the best from the M135i – namely, lowered M Sport suspension with firmed-up anti-roll bars and mounts plus stiffer springs and shocks.

The steering’s specific to the 128ti in a bid to minimise torque steer, and the same Torsen limited-slip differential has been fitted to improve cornering agility. 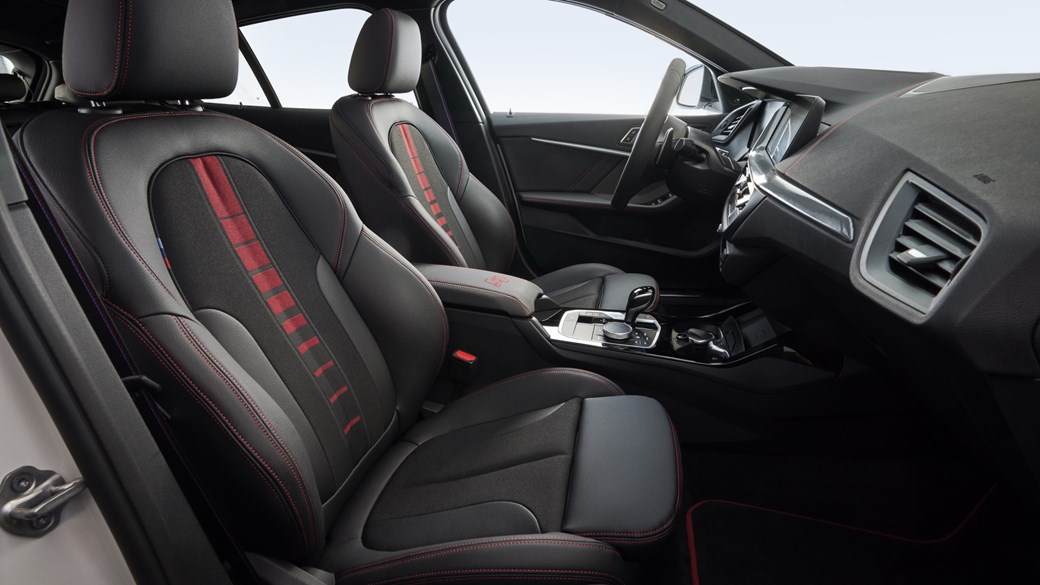 M Sport brakes with 360mm front discs feature, while the 18-inch alloys can be shod in Michelin Pilot Sport 4 tyres.

Less functional but more visible are other M Performance accessories – the 128ti can carry half an accessory catalogue with it in the form of carbon fibre splitters, diffusers and mirror caps.

All models have a black grille and tailpipes plus exterior chrome deletion, while inside there are red accents and ti-specific stitching.

The 1 Series marks a big moment for the Bavarian carmaker, as it finally bows to the inevitable, drops its aged rear-wheel-drive strategy for its smallest model and goes front-wheel drive. 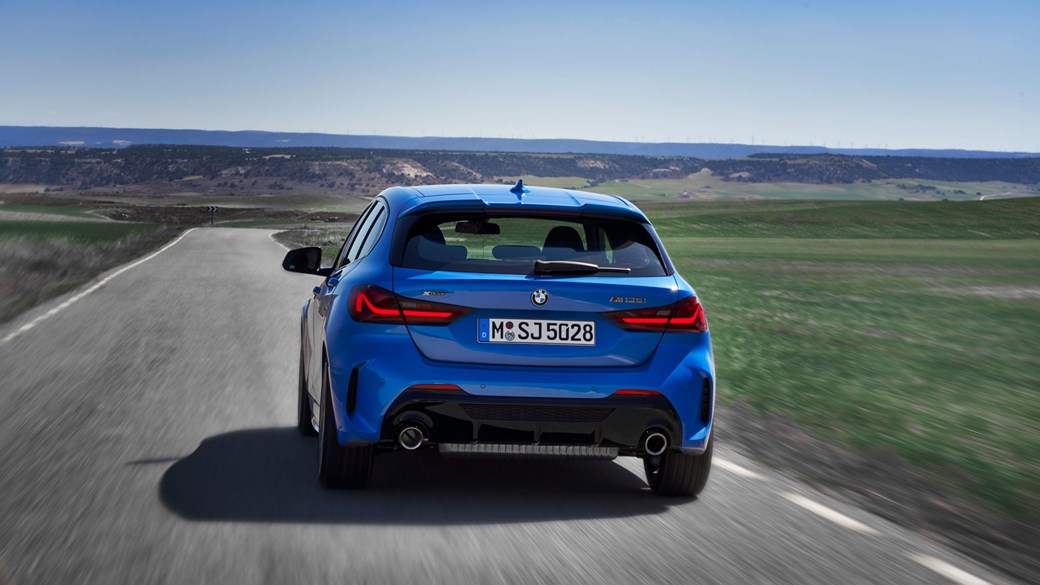 The new car, which sits on BMW’s UKL2 platform, shares much with the MINI line-up, as well as the BMW X1/X2, and 2-series Active/Gran Tourer ranges, will be considerably cheaper to build than the old model for the company.

It also saw the introduction of new driver and safety tech, which BMW says puts it right at the cutting edge of its market sector.

There is no three-door version available, and that’s likely to remain the case throughout the car’s life.

There’s one thing you can say about the 1-series - it’s been consistently ugly since its launch in 2004.

Much of the visual awkwardness of the first-generation model can be put down to the odd proportions borne from its rear-wheel-drive drivetrain combined with engineering hardpoints from the ill-fated Rover R30 project it was sired from.

Ally that with Chris Bangle’s flame surfacing, and you were left with a baby that only its mother would love. 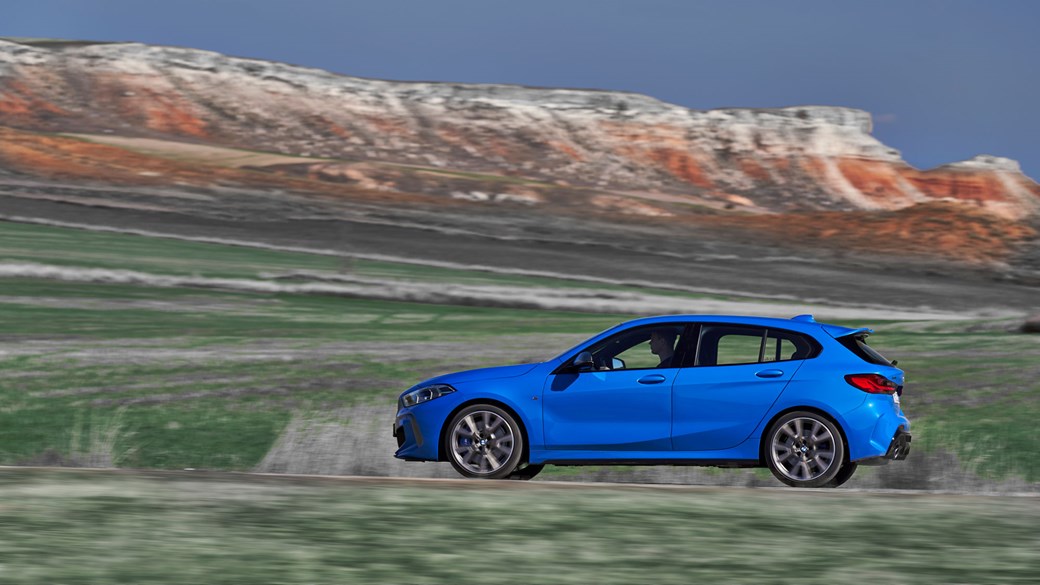 The second generation was more of the same, whereas this one is a ground-up reboot of the franchise - very much following the Mercedes-Benz A-Class and Audi A3 in adhering to the small premium hatch template.

The larger kidneys up front and the Ford Focus-like proportions will take a considerable amount of time to get used to, but a lack of visual elegance never held back the old 1-series before, and if anything, this one fits in way more readily with its rivals.

What’s under the skin of the BMW 1-series? 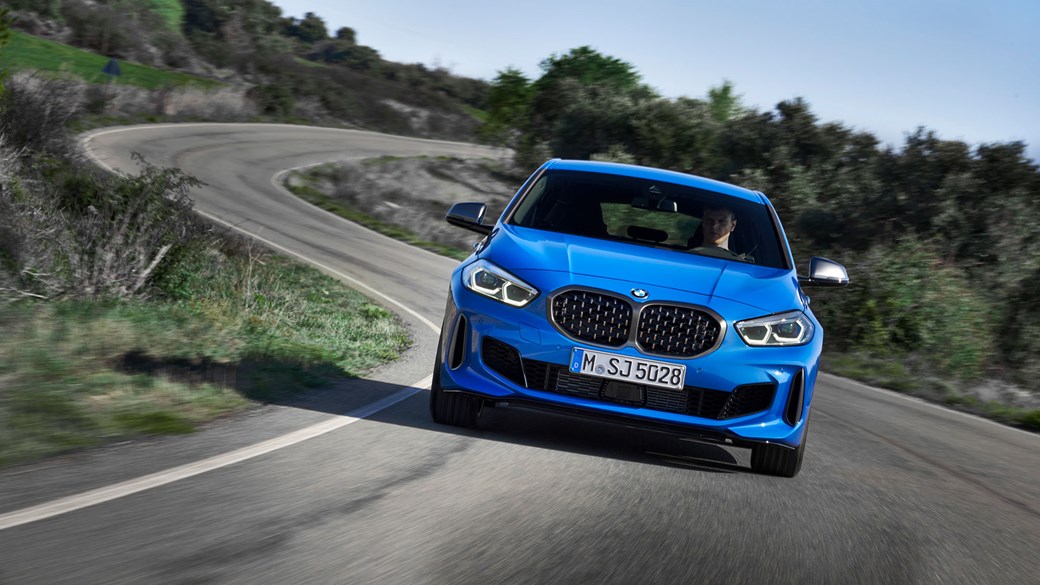 The body is lighter and more rigid than before, and in order to minimise weight, aluminium is used for the bonnet and tailgate for instance and other high-tensile steels are used throughout its monocoque.

The end result is a weight reduction model-for-model of around 30kg. We were expecting more, given the fact the old car’s propshaft accounts for most of that.

BMW says the new car’s dynamics are very much in keeping with the balanced ethos of the old one. So it gets a super-responsive throttle and steering.

The rigid body helps with the suspension tuning – and BMW promises a better ride, too. The M135i is offered with standard M Sport suspension (10mm lower than standard), brakes and steering (a faster rack).

You can optionally select these across the range in the M Sport Plus package.

Think new BMW 3-series and you’re already there. As well as BMW’s Live Cockpit with 8.8-inch central touchscreen and instrument cluster has a 5.7-inch colour display (upgradeable to 10.25in), the driver aid count has been increased significantly - so you can now specify Active Cruise Control with Stop and Go. 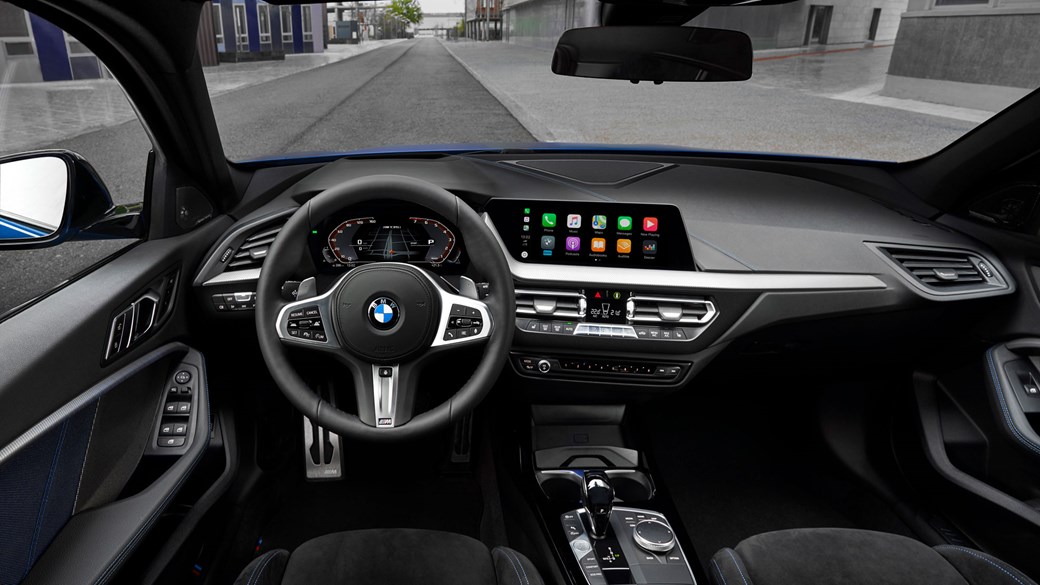 A head-up display is available on the 1-series for the first time as is Parking Assistant, which offers automatic assisted parking for parallel or 90-degree parking.

Thanks to the BMW Digital Key, you can also now use your smartphone instead of a key, by holding it to the door handle to let you in.