To the generation raised on dial-up internet, the sound of the Subaru Impreza 555’s flat-four ‘boxer’ echoing through a dense pine forest is every bit as evocative as the note of a BDA-shod Escort or a ‘twink’ powered Fiat 131 Abarth.

The original rallying Impreza, the 555, is also redolent of an era when Subaru was at the peak of its powers as an economic and competitive force; no longer the purveyor of humble but hum-drum transport for farmers but a rallying powerhouse, the yellow and BAT blue to Mitsubishi’s Phillip Morris red and white.

Which brings us to the particular Impreza 555 you see here, one presently offered for sale via my105.com.

On the surface, it's among the most historically important examples of Subaru’s second Group A rally car as you’re likely to find for sale anywhere in the world – much less the southern hemisphere – today.

It was used to contest that year’s Rally Finland by 1981 World Rally Champion Ari Vatanen, the Impreza’s competitive debut. 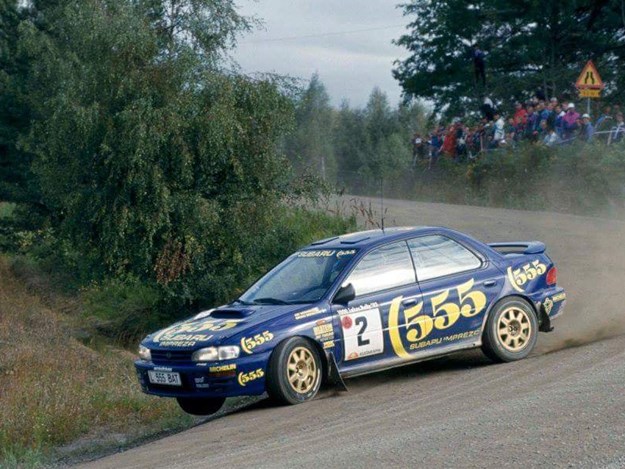 This task was shared between the Finn and Colin McRae, though in truth it would be the older man who’d make the biggest impression by chalking up a series of ballistic, crushingly quick stage times, sixteen of which he’d win outright.

Vatanen had the event by the scruff of the neck from the outset, revelling in the new Impreza’s compact dimensions, traction and all-round ‘pliability.’

For a time, it appeared that Vatanen really would be able to deliver to Subaru that most cherished of manufacturer coveted prizes, the debut victory.

The rallying gods had other ideas, however, as Vatanen eventually found his confidence – and thus willingness to really push to the ragged edge – waning, a legacy of a persistent fault with PRO/STI 93.004’s demister system.

Mere moisture vapour thus played an outside role in denying Vatanen the win, with victory eventually going to Juha Kankkunen in the Toyota Celica GT-Four.

Bourne’s association with this car will likely (and rightly) be of particular importance to the eventual buyer. 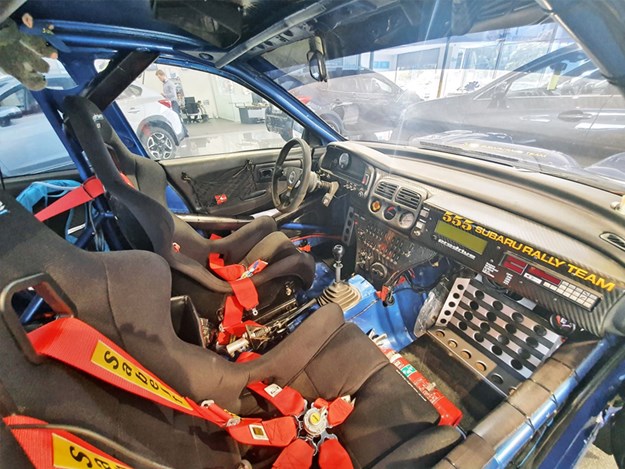 It was with PRO/STI 93.004, after all, that Bourne effectively ‘iced’ his career, using it to take a famous win on the 1996 Saxon Safari Tasmania Rally.

The car was then purchased by 'Smoken' Joe McAndrew in December 1996, and competed in the 1997 New Zealand Rally Championship, after which the car was sold to a private collection in Italy in 2002.

After 18 years unused and in storage, the car has made its way back to Australian shores in the hands of current owner Robbie McLean.

This is an extremely significant and historic Group A WRC car, and is one of the closest things we may ever see to the ‘Holy Grail’ of Subarus. 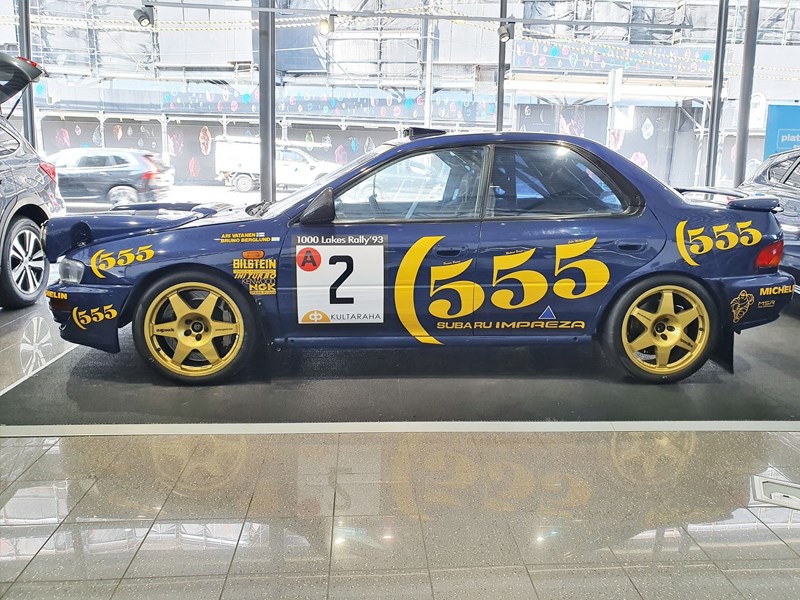 It's not the first time the car has been offered; a listing on Unique Cars early this year propped a whopping $1.5 million ask, though the my105 ad's price is a lot lower at $595,000.

We've reached out to Prodrive in the UK to find out more about this incredible car, as well.

The Impreza 555 was long ago ushered to the ‘top table’ of rallying’s automotive royalty, right up there with the Escort RS and the Stratos.

As such, opportunities to acquire tangible, drivable examples of motorsport history like this are few and far between, and that’s exactly what PRO/STI 93.004 represents.

Jamie Arkle is the admin for Facebook page The Gravel Crew, and he's a veritable fountain of knowledge of the golden era of WRC. We appreciate his time and effort to draft up this story; if you're into legacy WRC stuff, you won't find a better site on FB./Tim Robson