Alpine A110: Five of the best and worst features

Revenant high-performance car maker Alpine is causing quite a stir. Its A110 bantamweight sportscar powers into perhaps the most esoteric niche of the new car market and appears to offer a lot for its $97,000 asking price.

Firstly, there’s the performance, which is courtesy of a 1.8-litre turbo four-cylinder mounted mid-ship behind the seats – of which there are just two. 185kW is enough to get from a standstill to 100km/h in 4.5 seconds – the same as a Porsche 911 Carrera – and it weighs just 1100kg. 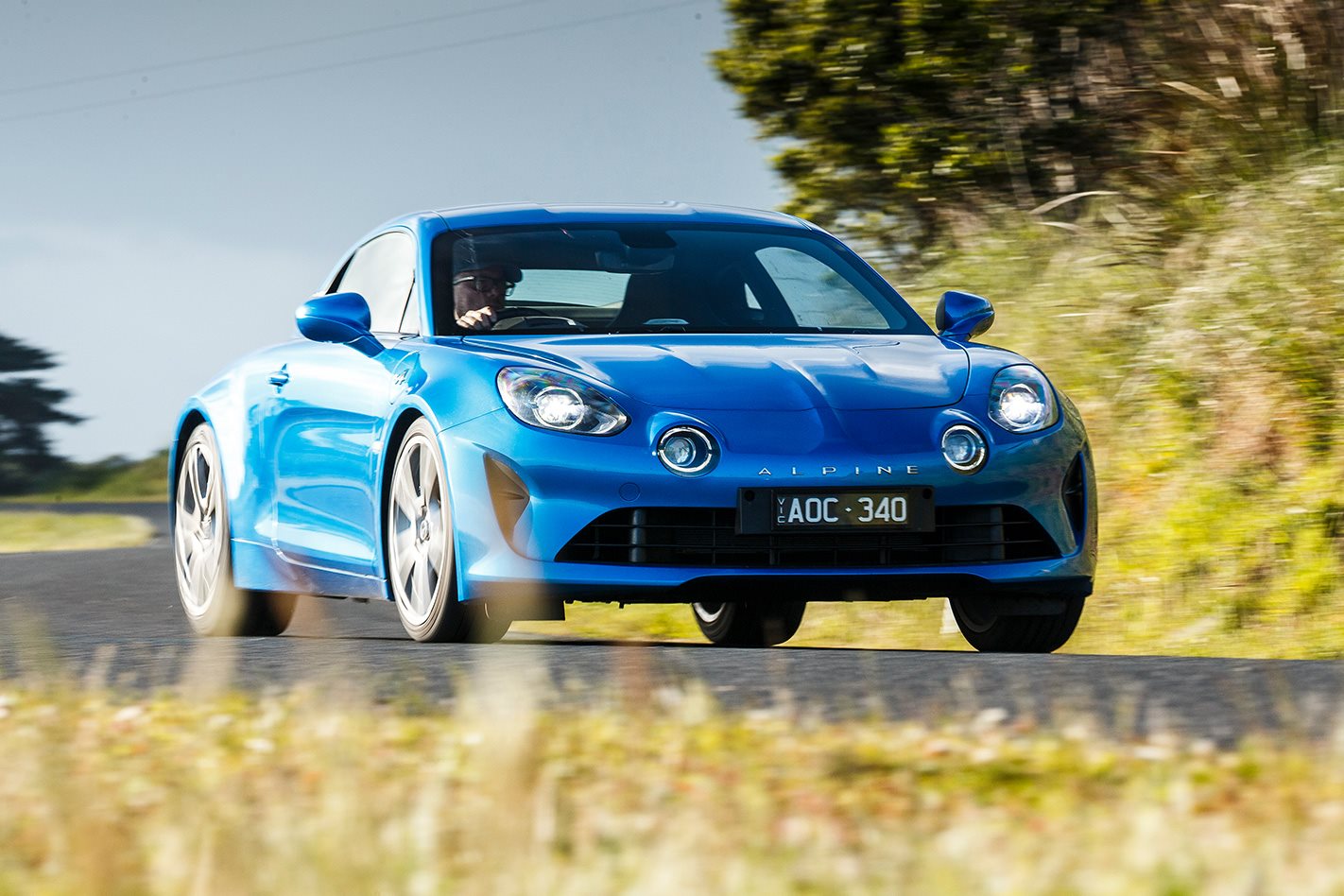 Then there’s the styling which, from both an overall perspective and complete effect, looks like absolutely nothing else on the road – except perhaps the 1961 Alpine A110 rally star, which this car invokes.

By this stage you could be thinking the Alpine is your dream performance model and you might be right, but before you dash out to your nearest Renault dealer – because that’s where you’ll find it – let us tell you the five best and worst things about the Alpine A110.

Renault builds the A110, and the Alpine’s development engineers went to great lengths to distance the range of reasonably priced SUVs and Hatchbacks from their new high-performance hero, but then they got to the stereo controls.

Reach to change the radio station or volume and you’ll find no intuitive knobs and switches. Instead, all the key controls have been banished to a stalk behind the steering wheel. The system actually works quite well, but it takes a bit of getting used to and is a constant reminder of the Alpine’s pedestrian roots.

+ Performance for the purist and minimalist

The combination of a brilliant drivetrain, light weight and finely tuned chassis results in one of the greatest driver’s cars on the market. 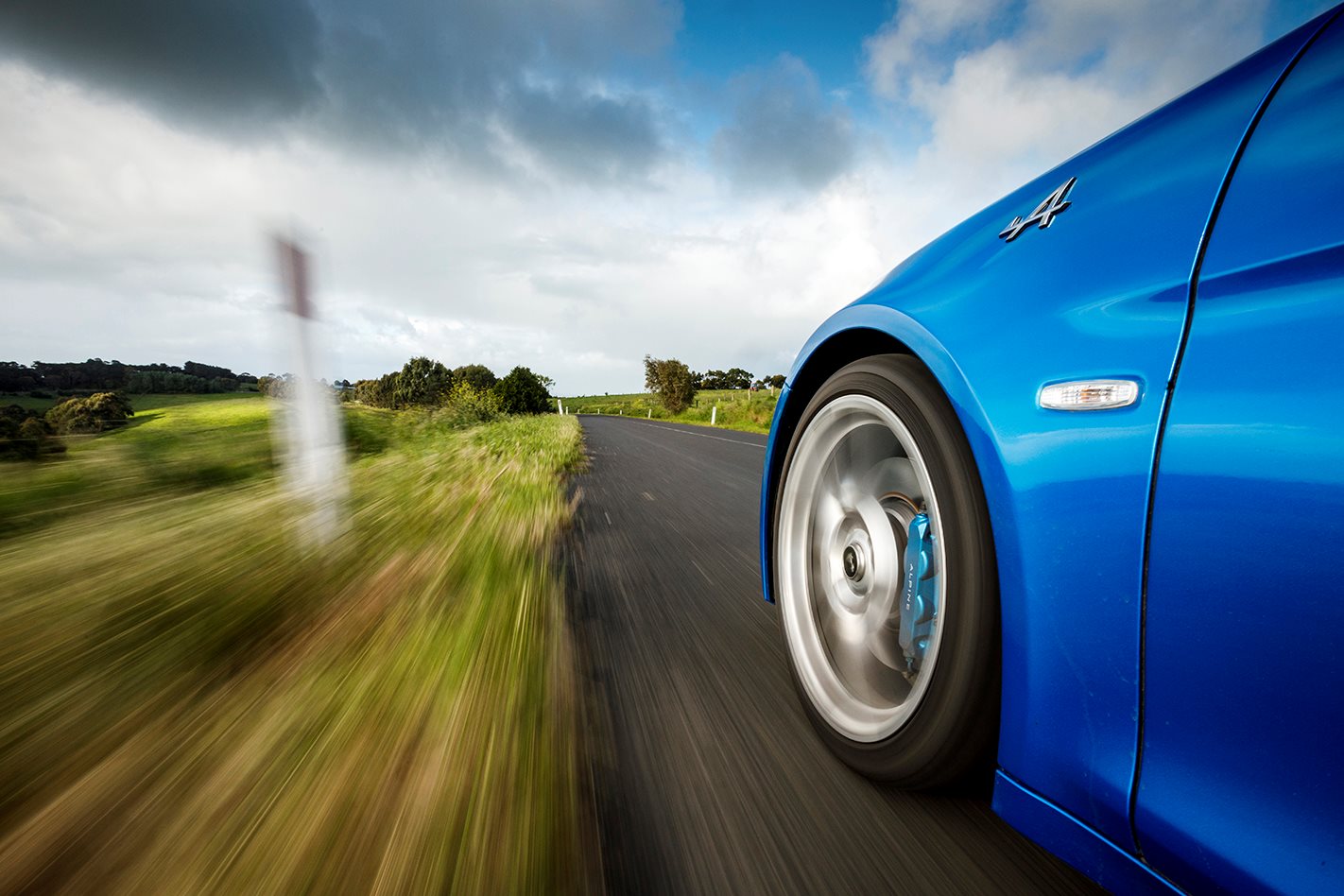 The A110 is fast in a straight line and even faster through corners with a restrained balance of grip, power, and poise. In an age where monstrous forced-induction V8s are becoming more common, the Alpine proves how much can be achieved by stripping back to the basics. Often, it achieves a lot more than vehicles many times more powerful and expensive.

The A110’s seats are pure race car with firm but comfortable padding, steep side bolsters and even slots for harness straps. What you might not like however, is that the pair of pews only adjust for leg length. The recline angle is fixed and, while the height can be adjusted, you’ll need an Allen key. 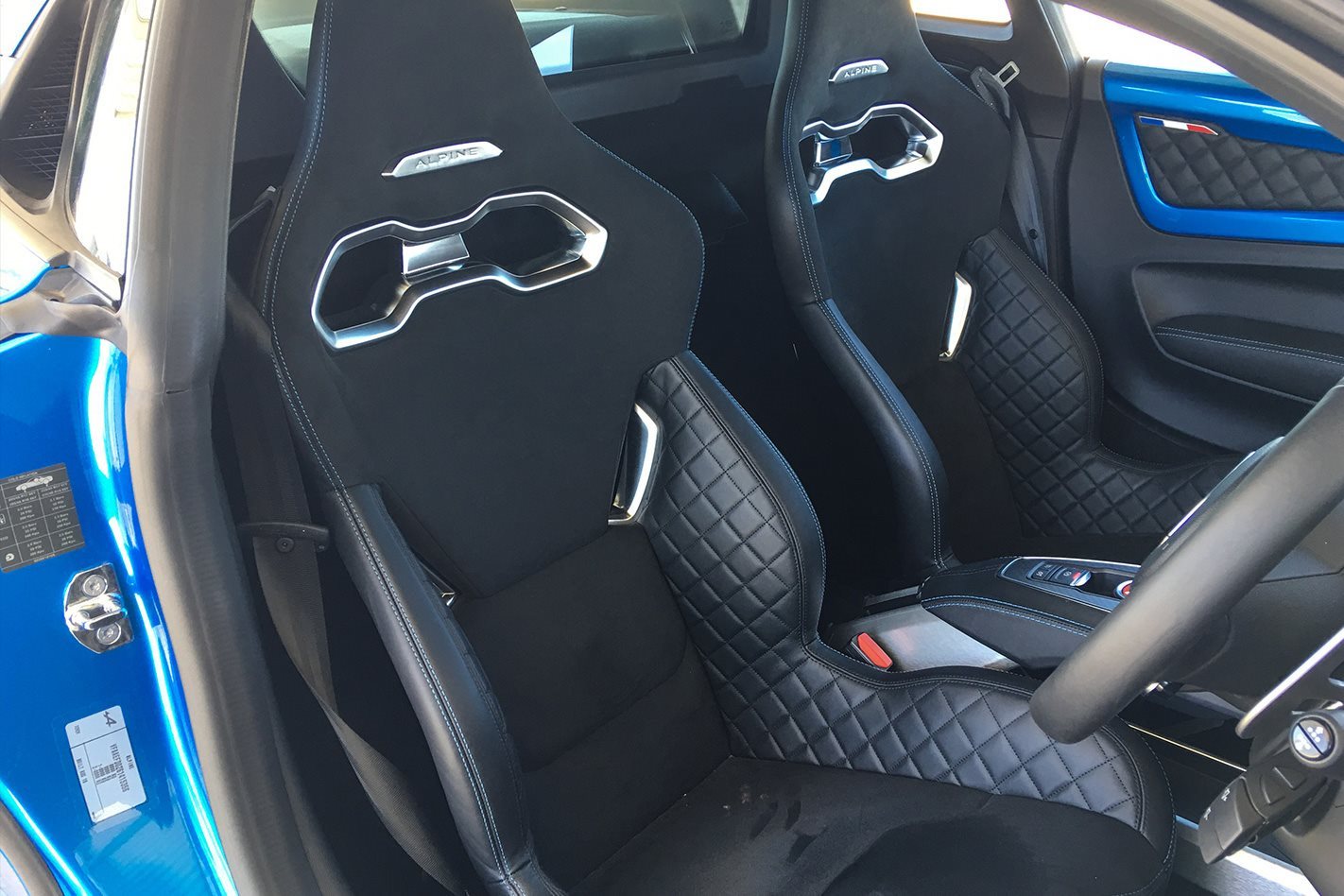 There’s also no centre arm rest, which may sound like a minor foible, but you’ll remember our words every time you go to wriggle for a more comfortable position in the bucket seat and fall into the central void.

What might initially come across as an awkward bend of retro revival and contemporary design is actually a clever nod to a 1960s classic. The A110 manages to be diminutive but imposing, elegant but aggressive and downright gorgeous. 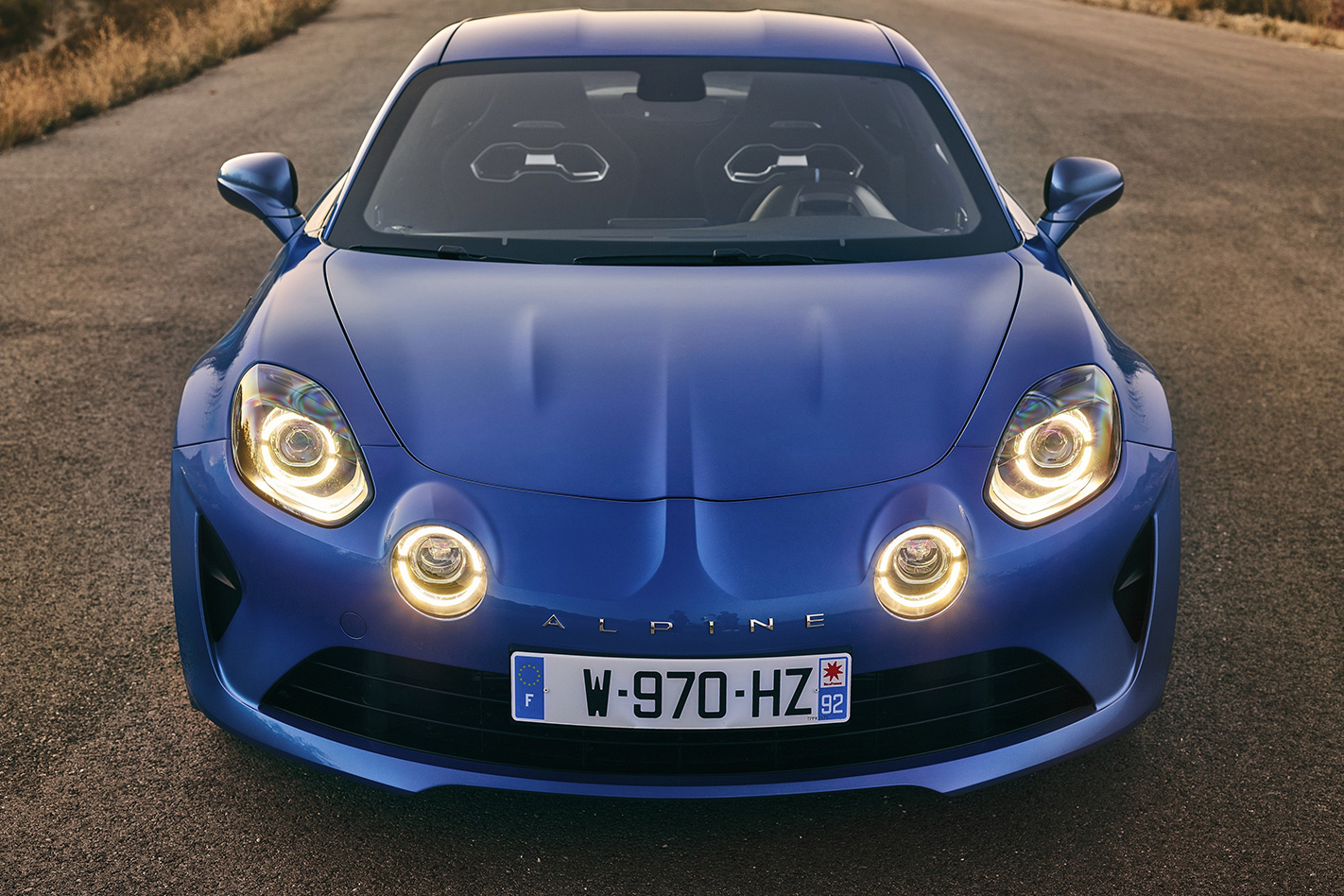 Slide into the cosy interior and there are more examples of style. The dash is simple but sophisticated and there are good quality materials throughout. We particularly like the all-digital displays, exterior paint that comes indoors and carbonfibre trims in higher grade variants.

Officially, the brand’s moniker is pronounced ‘al-peen’ but that’s not how it’s spelled and sounds a little pretentious so you would be forgiven for pronouncing it as it appears. 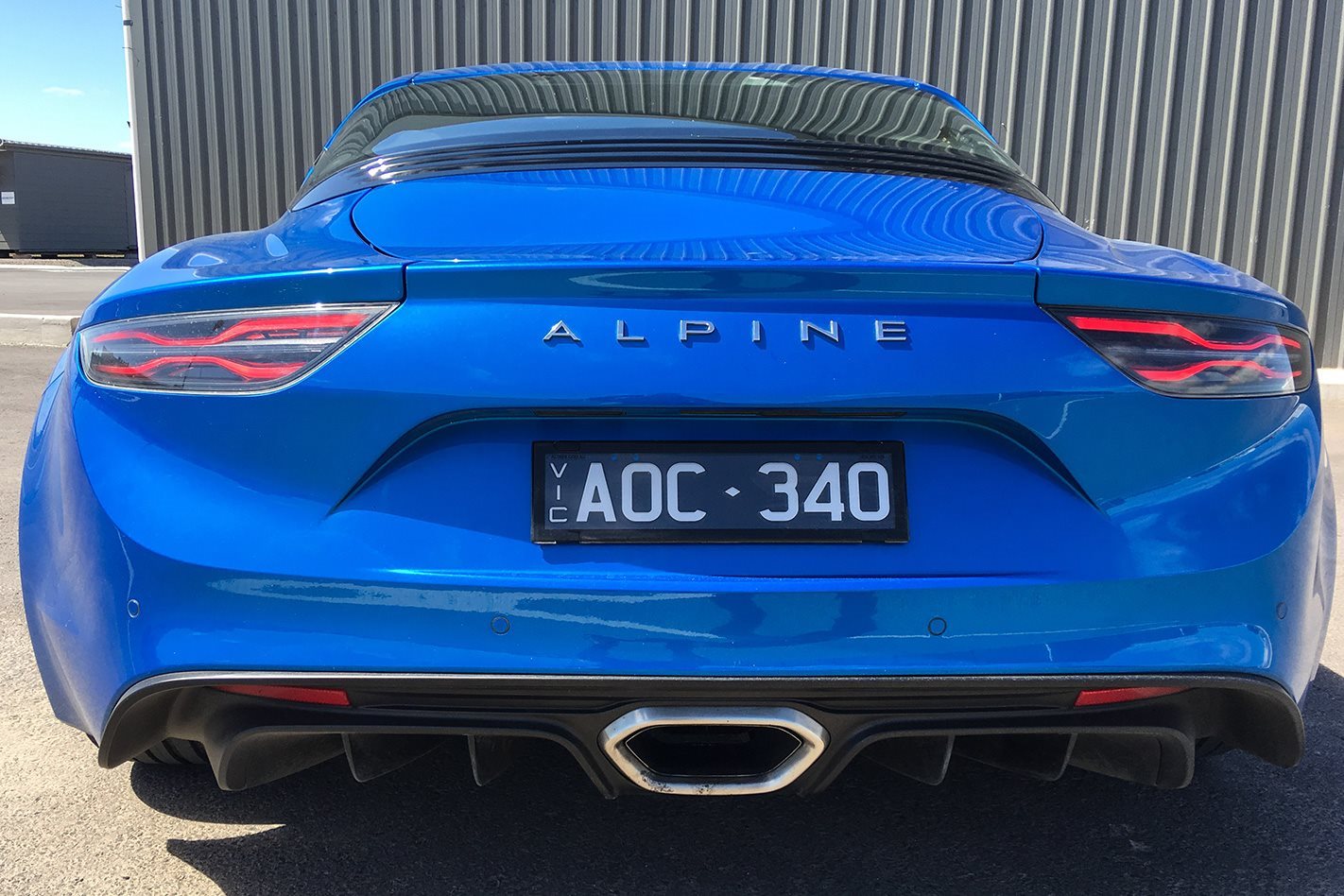 Do you pronounce the ‘e’ at the end of Porsche? Volkswagen or Wolksvaagen for you? Bee-em double you or Bee-em vee? Consistency is everything so pick one and stick to it.

In a world of five, six, eight, 10 and 12-cylinder engines, you might think the Alpine struggles to raise its voice above some other larger-capacity anthems, but its location is key.

With the 1.8-litre engine positioned behind the seats, occupants are subjected to a glorious variety of sounds normally stifled by the bonnet and bulkhead.

Plant your foot in the A110 and its turbo will shriek in your ear, there’s satisfying mechanical noise and a shorter exhaust system has a unique bark above all else. The Alpine’s report is as addictive as its performance.

Try to stow a load of groceries in the A110’s boot and you’ll be confronted by an engine and a tiny luggage area. Pop the front load bay and you had better only have picked up the essentials because it’s tiny. And it’s the same story in the cabin – no glovebox or door pockets and not even a gesture of a back seat to throw a bag on. 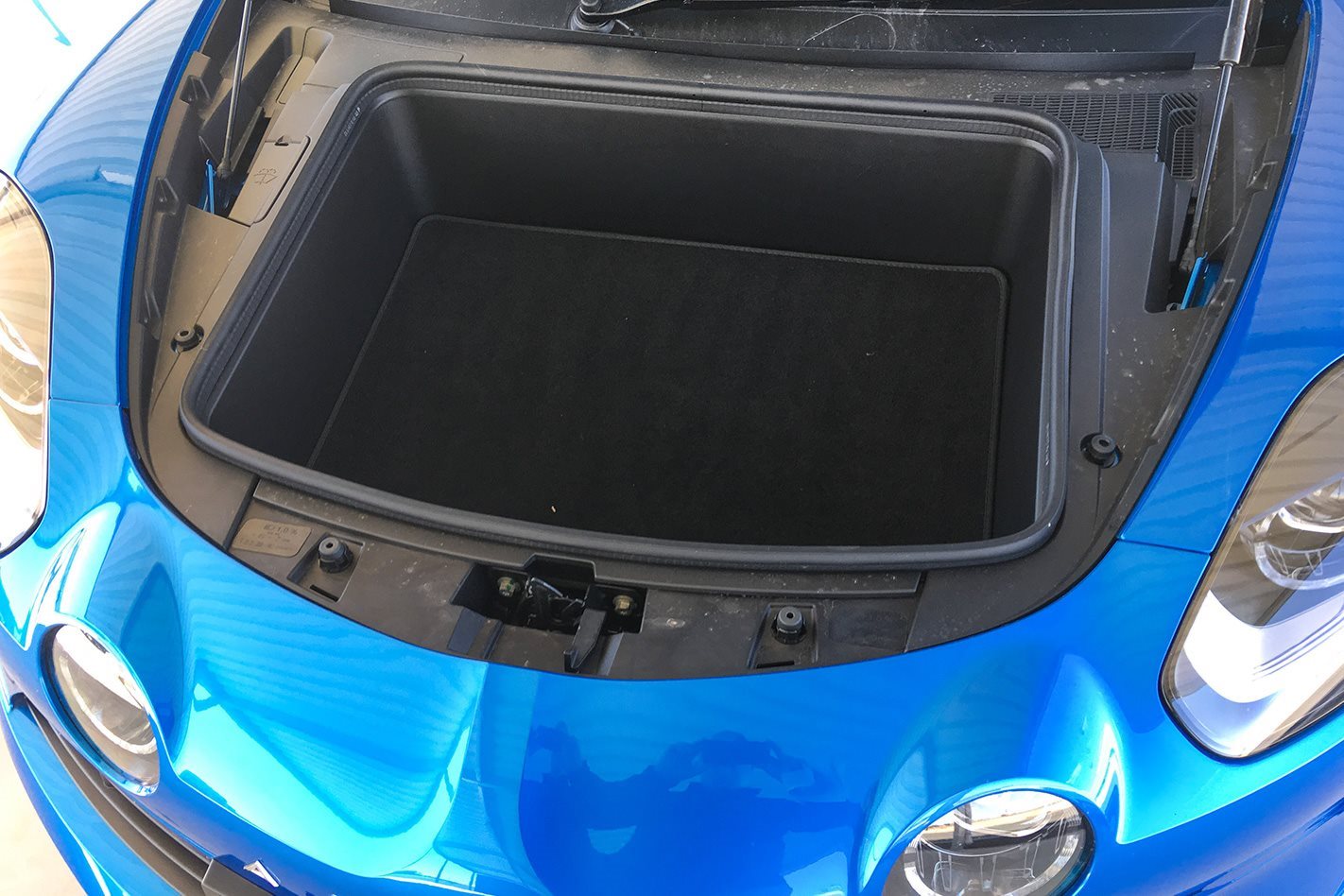 You could argue that a featherweight sports coupe like this does not care for the trappings of mere daily drives and practical day-to-day hatchbacks, but its seriously handicapped storage limits the A110 strictly to a day-tripper only.

Unlike some other excellent sports coupes, it will be a very long time before you see two Alpine A110s on the road together – we’re looking at you Ford Mustang. And that will appeal to many potential Alpine owners. 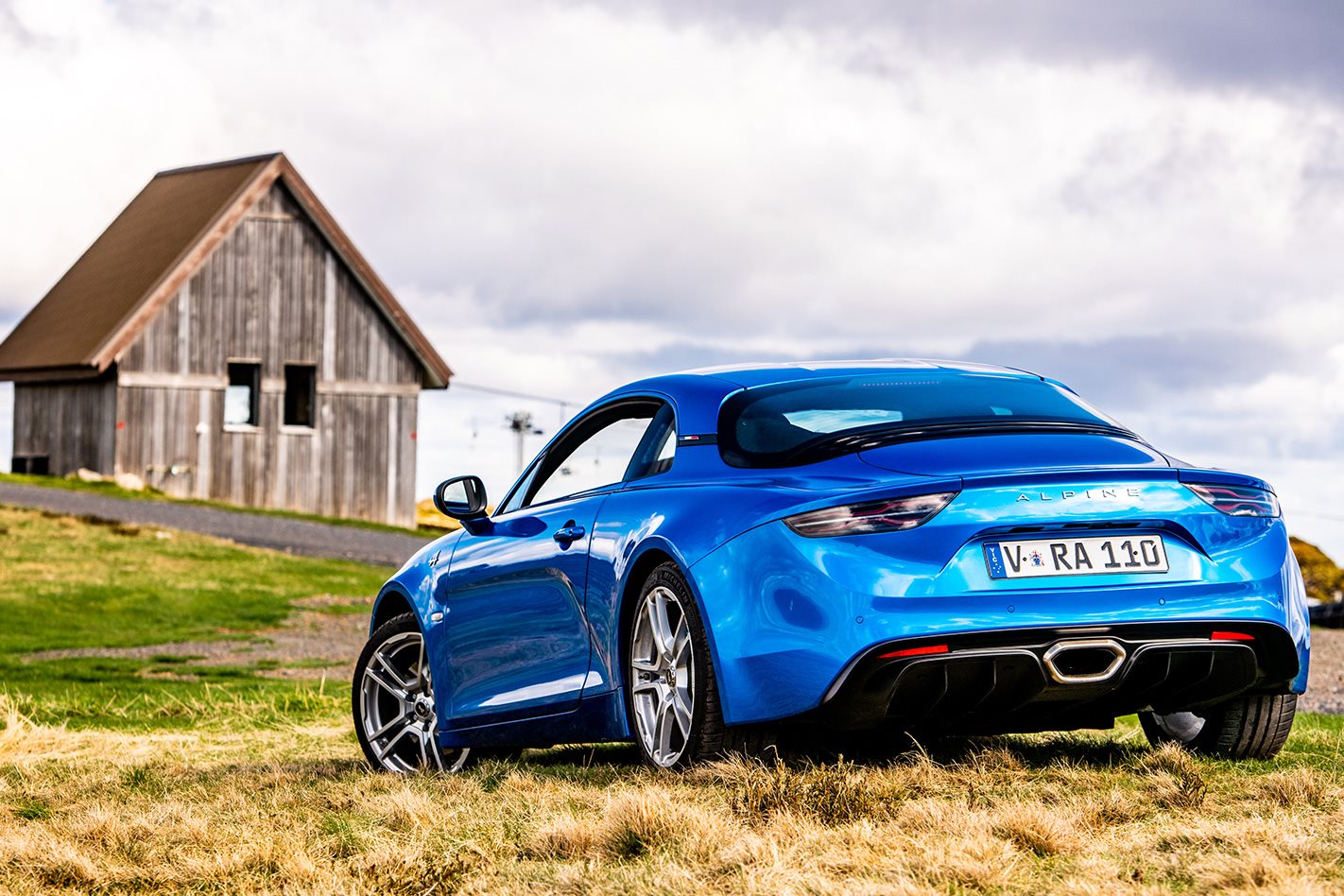 Whether its affords you more cache than other ultralight sportscars including the Alfa Romeo 4C and Lotus Elise, for now, the new kid on the block is about as fresh as it gets.

Previously exotic safety features such as autonomous emergency braking were once the preserve of high-end luxury kit, but even the Toyota Corolla has it as standard today. Not the Alpine though.

Nor does it have a reverse camera – a curious omission since it has the digital display that’s two thirds of the infrastructure. At least it is tiny enough to manoeuvre without too much trouble but we would still expect such features included in any car that nudges $100k.

At the end of the day, the Alpine is a small car with a small engine that can be looked after by a Renault dealership. 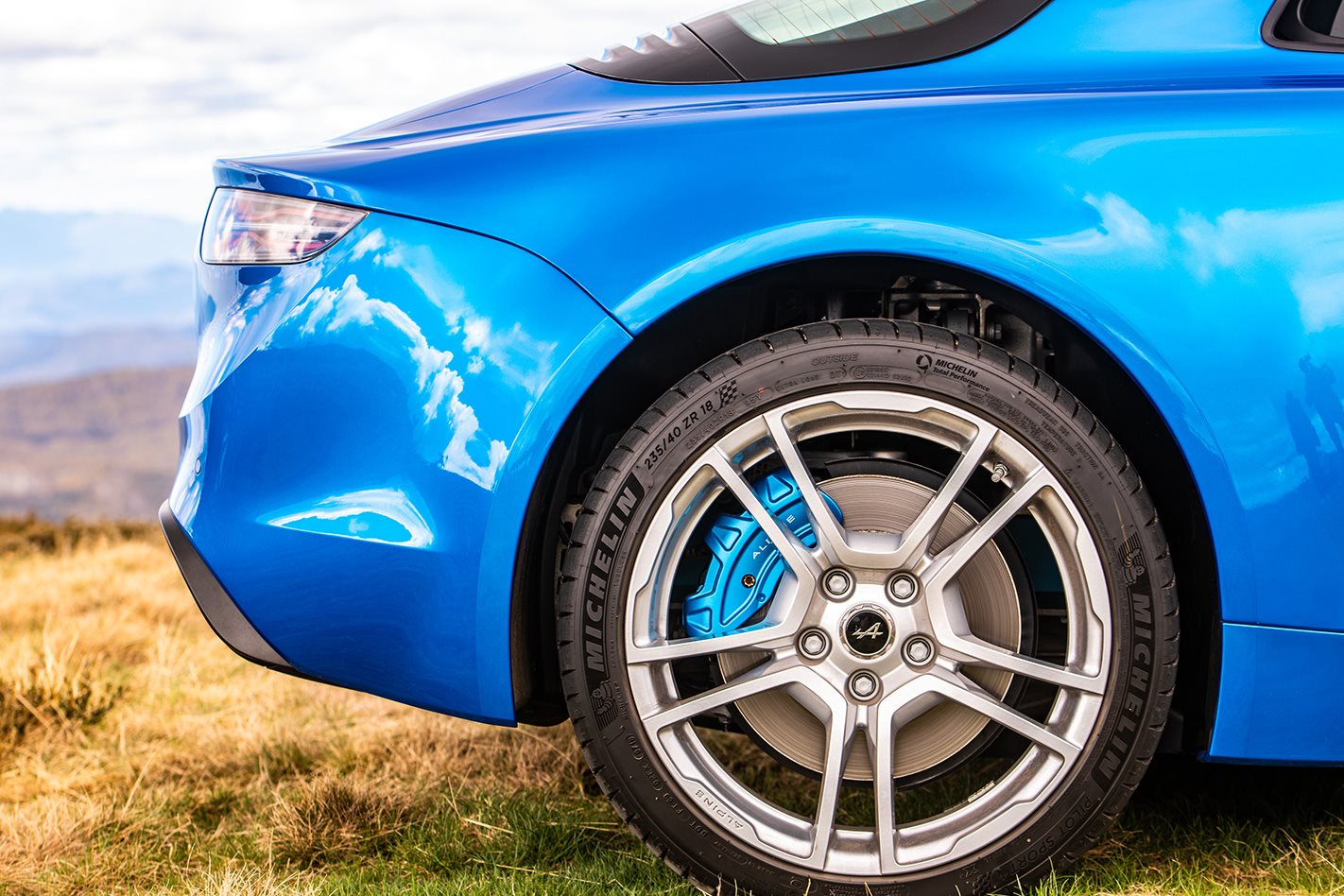 That means the little A110 is relatively easy to live with from an aftersales perspective. Its 18-inch Michelins won’t break the bank, servicing costs are no more murderous than any Renault and you’ll be laughing at the fuel bowser.

IN PICTURES: Alpine A110 gallery 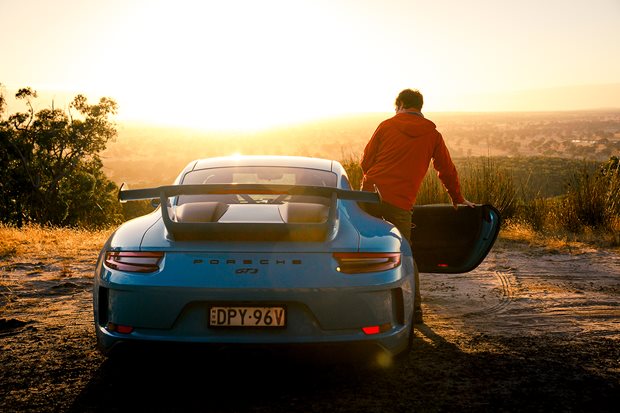 Miss driving? Show us your ride and share your favourite driving road so we can all get out there once the lockdown lifts!