After ditching her cute but troublesome Peugeot convertible for a safe and stylish Mercedes-Benz SUV, a happier Elise Elliot now knows more about cars and driving

Like all French flings, my love affair with my Peugeot 206 CC was passionate, brief and combustible. I was tempted to break up with my car when the entire dash went into meltdown as I was doing 101km/h on the freeway. The speedometer, rev counter, oil and fuel gauges all dropped to zero. Even more alarming was the fact all the warning lights started flashing: the oil pressure, battery charge, engine light and then the inexplicable (yet so, so French) single exclamation mark. Merde! I was in trouble.

My husband solved the problem by trading in the Peugeot for a Mustang. For himself. Without telling me. Not much of a fair trade. It left me car-less and in the market for a new set of wheels.

As a working mum in her 40s it was time to grow up and upgrade. I had my eye on the Mercedes GLC 250d for some time. It seemed the classiest, most fuel efficient and most practical of the mid-sized luxury SUVs on the market. I liked its strong, curvy, sleek shape. Its competitors from BMW and Audi seemed a bit ‘meh’ by comparison. Every time I saw someone getting into the new GLC I asked them about their purchase; they all raved about it.

We went through a car broker, Automotive Vehicle Brokers Australia, who did all the leg work. They suggested a demo with just 3,000km on the clock which gave us a nice discount off the new car price. 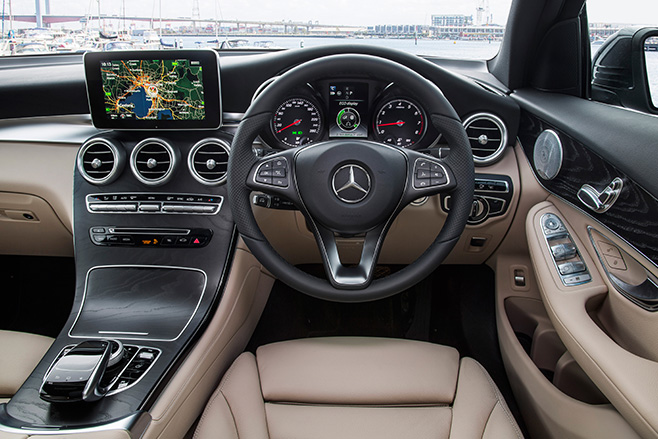 The first surprise is the keyless entry and ignition. It’s all very Bond villain. And handy when your hands are, well, full. The black leather, open-pore wood and silver interior is very classy.

The dash is like an aircraft cockpit compared to the Peugeot’s and a little overwhelming at first.

The infotainment system seems overly complicated and a big touchpad sits where my gear stick used to be, which is disconcerting. This is connected to a 7-inch display, a single-disc CD player, an intense navigation system, Bluetooth for phone and USB/ Aux/ AM/FM and digital radio inputs (is it wrong I was most excited about the multiple ‘80s digital channels?).

The car comfortably seats four plus a baby seat and the back seats fold down to create a very roomy boot. 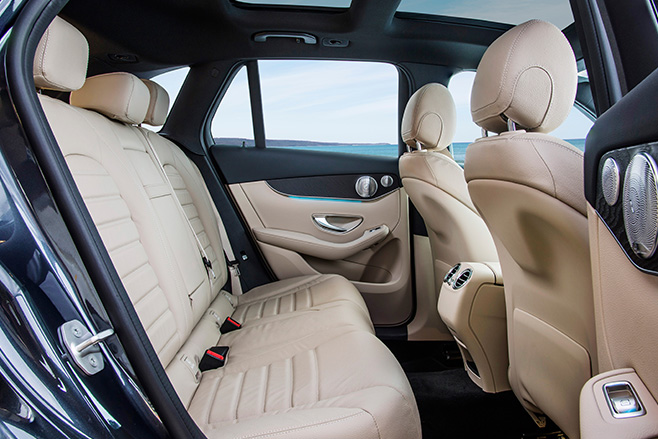 This model has a diesel engine that generates less power (kilowatts) than an equivalent petrol engine, but more torque. That means you can more easily tow things. Diesel also provides better fuel economy.

Performance for an SUV is good. It goes from 0-100km/h in 7.6 seconds. But who cares about that on the school run, right? It’s more than adequate for most tasks.

The suspension, however, is not so crash hot. It may be excellent on an open, smooth German autobahn, but it’s a ‘shocker’ over local speed bumps. Going over one reminds of that scene in the movie Ferris Bueller’s Day Off when the car attendants steal the Ferrari and fly over a hump in slo-mo.

For me the GLC’s bigger size took a bit of getting used to, as evidenced by me shredding the hubcaps on a bluestone gutter during a failed reverse park – in front of my horrified husband.

To be honest, hi-tech features like Active Lane Keeping Assist, Collision Prevention Assist, Distronic Plus and the 360 degree cameras were originally lost on me. Entirely forgiveable, given most of the dash readouts in my previous car didn’t work. 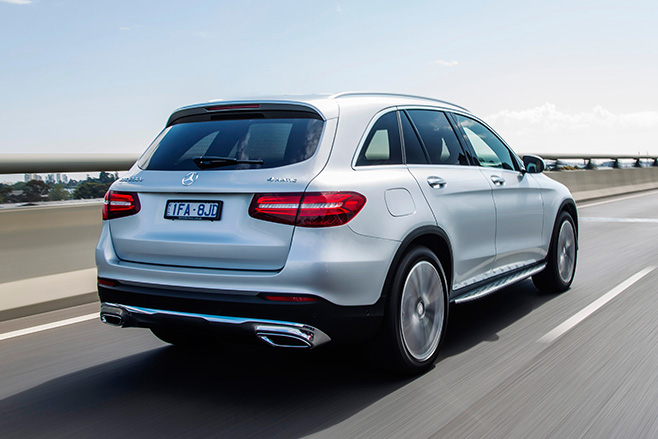 My initial weeks driving the new Benz were a bit like flying a plane without a pilot’s licence. It was then I decided to take myself off to the Mercedes Accelerate driving course at Sandown Racecourse to better understand my car.

The Mercedes event was as slick and controlled as its vehicles. The initial theory briefing had my head swimming with the freakishly futuristic functions in the cars.

Instructor, Peter Hackett confirmed my worst fear: “Technology moves forward but our driving stays the same. Technology is only useful if a driver knows how to use it,” he said. 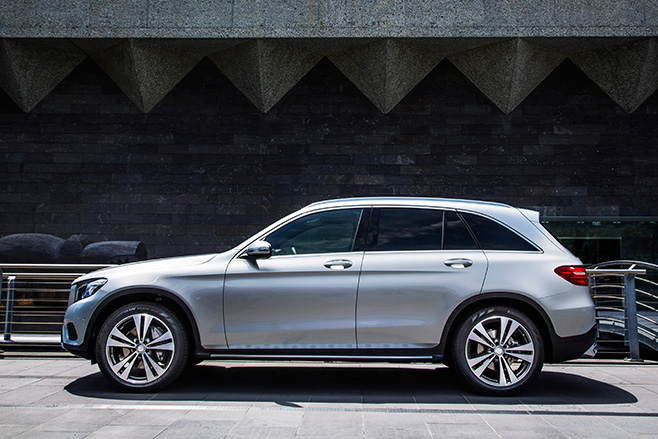 The driving course was fun and gave me the opportunity to try many different Mercs; from the 4WD G350d to the mid-size C250d sedan, from the Actros truck to the C63s AMG.

I was also forced into hairy situations like skidding on plastic tyres that are supposed to mimic black ice and racing towards stacked witches’ hats before having to dramatically steer to the left or right at the last minute. All the exercises are designed to “help drivers master sudden manoeuvres, learn to make the right decision in a split second, and be tested in emergency situations”. And of course illustrate the safety measures of the car.

I’m a bit of a control freak and found it hard to trust some of the automotive technology like Collision Prevention Assist (where the car detects if you are too close to a vehicle in front or a stationary vehicle) and Lane Keeping Assist (where the car registers an unintentional deviation from the lane).

The thing I really wanted to understand was Distronic Plus – which is basically cruise control on steroids. It uses radar to monitor the distance between your car and the vehicle in front. Distronic Plus automatically slows you down when the car ahead does, then speeds back up to your cruise control limit when traffic flow allows it. It can even brake the car to a full stop then start up again when the traffic clears. 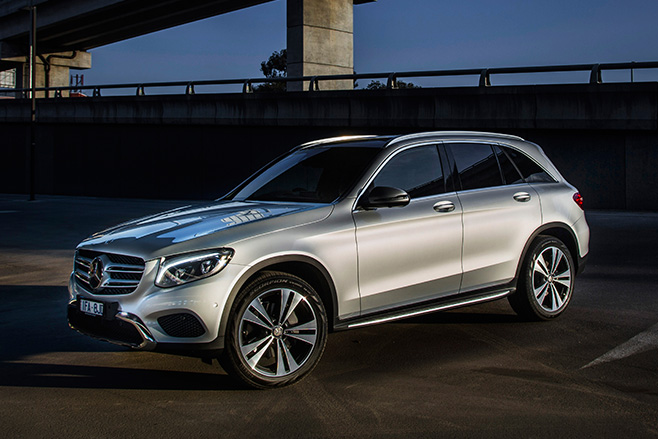 This is the closest thing you’ll get to an autonomous driving machine with a human still behind the wheel.

The day finished with a 230km/h burn down the back straight in the C63c AMG. This was thrilling and unleashed my hitherto unknown inner rev-head.

Back to reality and my GLC. The course certainly exceeded my expectations. It gave me a new found appreciation of my vehicle. All the levers, gadgets and buttons actually mean something to me now. I not only know how to sit in my car, but how to handle it in all situations. I have even mastered Distronic Plus. And can reverse park without the aid of a panel beater.

I think my new German date is a keeper.